Republicans are slamming President Barack Obama and his flagship Affordable Care Act, better known as Obamacare, by highlighting the words of another former Democratic president who happens to be the spouse of the current Democratic nominee.

On the campaign trail on Monday, former President Bill Clinton called parts of the law the “craziest thing in the world” because of a gap in subsidies that leaves many middle-income families without support.

Obamacare currently provides subsidies for a family of four that makes less than roughly $100,000 combined to receive health insurance through the ACA’s public marketplaces if they do not have insurance through their jobs or government programs like Medicare or Medicaid.

This leaves families making above that threshold without access to subsidies, but still requires them to get health insurance because of the law’s mandate. Given the increasing costs of health insurance premiums and the problems facing the ACA exchanges, Bill Clinton bemoaned the squeezing of middle-class families.

Bill did, however, say that the system before the ACA was even worse. He touted Hillary’s plan to expand Medicaid and Medicare to catch those people missing out on subsidies.

Seizing on Bill’s statement, some Republicans have used the former president’s own words against Obama and the Democratic Party weeks ahead of the November 8 presidential election.

Republican nominee Donald Trump on Tuesday touted the misstep, saying Bill “went through hell last night” after Hillary heard his comments. Trump added that he wanted to “thank him for being honest.”

.@KellyannePolls: Pres. Bill Clinton is our best surrogate. We’re thinking of having him in the spin room with us. https://t.co/2sBFX98MhS
— Morning Joe (@Morning_Joe) October 5, 2016

And House Speaker Paul Ryan, who has led the legislative charge to repeal the law in the chamber, said on Twitter that he agreed with Bill’s comments:

Going to have to agree with Bill Clinton on this one… https://t.co/2k3LSplmER
— Paul Ryan (@SpeakerRyan) October 4, 2016

Bill walked backed his original comments during a rally in Steubenville, Ohio, on Tuesday.

“I want to say this one thing about the healthcare law, because that’s another thing they have been trying to tangle in — I supported the Affordable Care Act,” he said. “I support it today.” 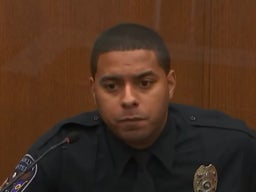