I biked everywhere for 3 weeks — and it made me realise 9 critical things about my town, time management, and life itself As John F. Kennedy once said, “Nothing compares to the simple pleasure of a bike ride.” Apparently many people – including one of America’s favourite presidents – love bicycles.

I, on the other hand, have never been much of a cyclist. I didn’t even own a bike for a decade of my adult life, and rode considerably less than most other kids when I was growing up. I was more of a skateboarder.

In my current hometown of Victor, Idaho, however, not only does everybody bike, but the wide network of bike paths makes it a very easy form of transportation. For those reasons, I bought myself a bike soon after I moved here and from time to time take it on short spins around the valley.


I moved from LA to a town of 2,300 people – here were the biggest culture shocks I faced in small-town America

After spending a few years as a casual cyclist, however, car troubles forced me to get around exclusively by bike for a little less than three weeks.

Here are some of the most important things I learned during my time on two wheels.

My flat roads are not flat. The main road I drive on every day, that one I’d always thought was long and flat and straight, apparently goes up and down. It took a ride on the bike path that runs parallel to the road to see a low point. I glided easily on even the slightest downhill, and I could definitely feel it in my legs when trying to climb a gradual incline.

Amazing how I missed something as basic as the topography of the road I drive every day because the up and down was conquered by a gas pedal.

My town is filled with hidden gems I completely missed in my car. 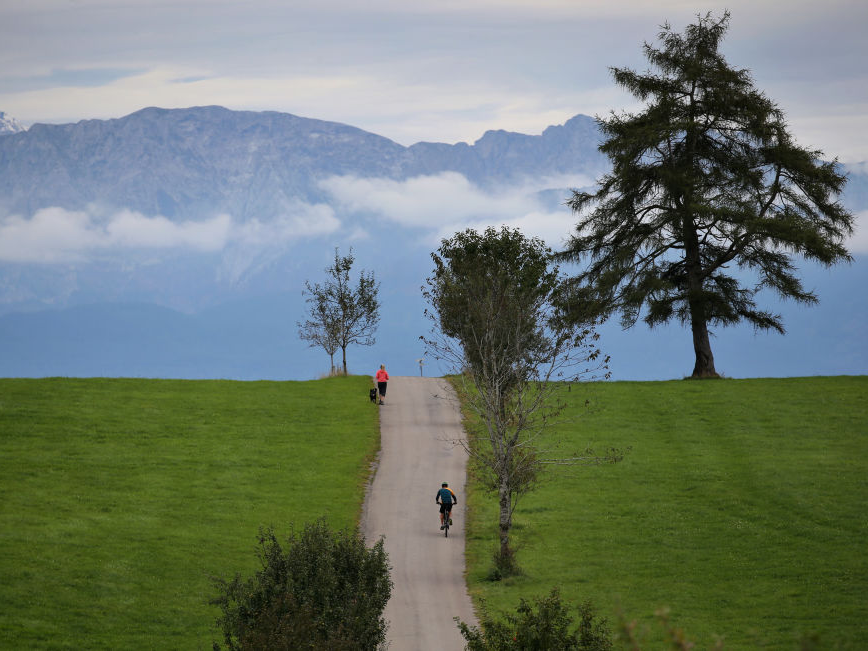 There’s a little spot on my drive home where the road goes over a tree-lined creek. In my truck, it’s a sign that I’m getting close to home. But on my bike, it’s a shady oasis with a rocky creek running through it.

When I was riding home one night, I stopped for what I intended to be a few seconds to check it out – a couple minutes later, I finally remembered I had to get home.

On another bike ride home from a town concert – with my son in front and the sun setting over our shoulders – we both stopped and put down our bikes. We stood there for a few seconds before my boy decided he wanted to walk off the path to the creek to look for rocks, minnows, and bugs. We just barely got home before dark.

Even now that I’m no longer biking everywhere, I often still bike with my son to town activities, partly so we can pass through this spot. I’ve learned I can appreciate going slow versus just concentrating on getting to my destination. 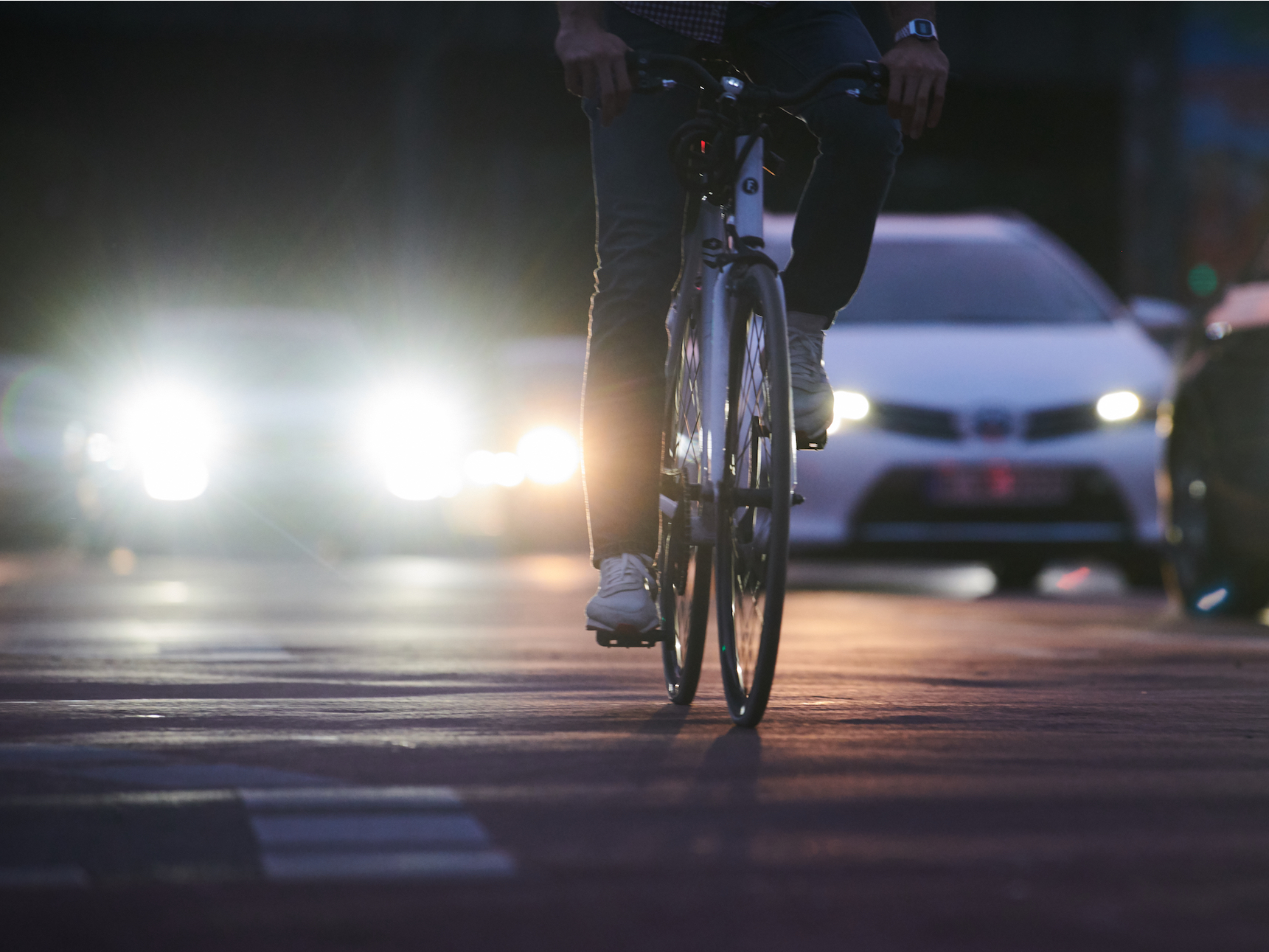 In a previous article, I described how small my current town is – so small that there are no streetlights between the two “downtowns.”

One night I was riding home from the bar under a moonless, cloudy sky to my house halfway between the towns. Even with the headlamp I’d put in my jacket, I realised I could hardly see.

On my bike, I came up on things much quicker than you would on foot, making it even tougher in the dark.

When I got to a broken chunk of pavement, I almost crashed since I was riding basically blind and at speed. At the least, it shook through my whole body, jarring my knee, since my road bike obviously doesn’t have shocks.

Admittedly, a bike headlight would cut this, but it wouldn’t negate the fact that my bike path is very, very dark at night.

I saved money on gas — and helped to reduce pollution. 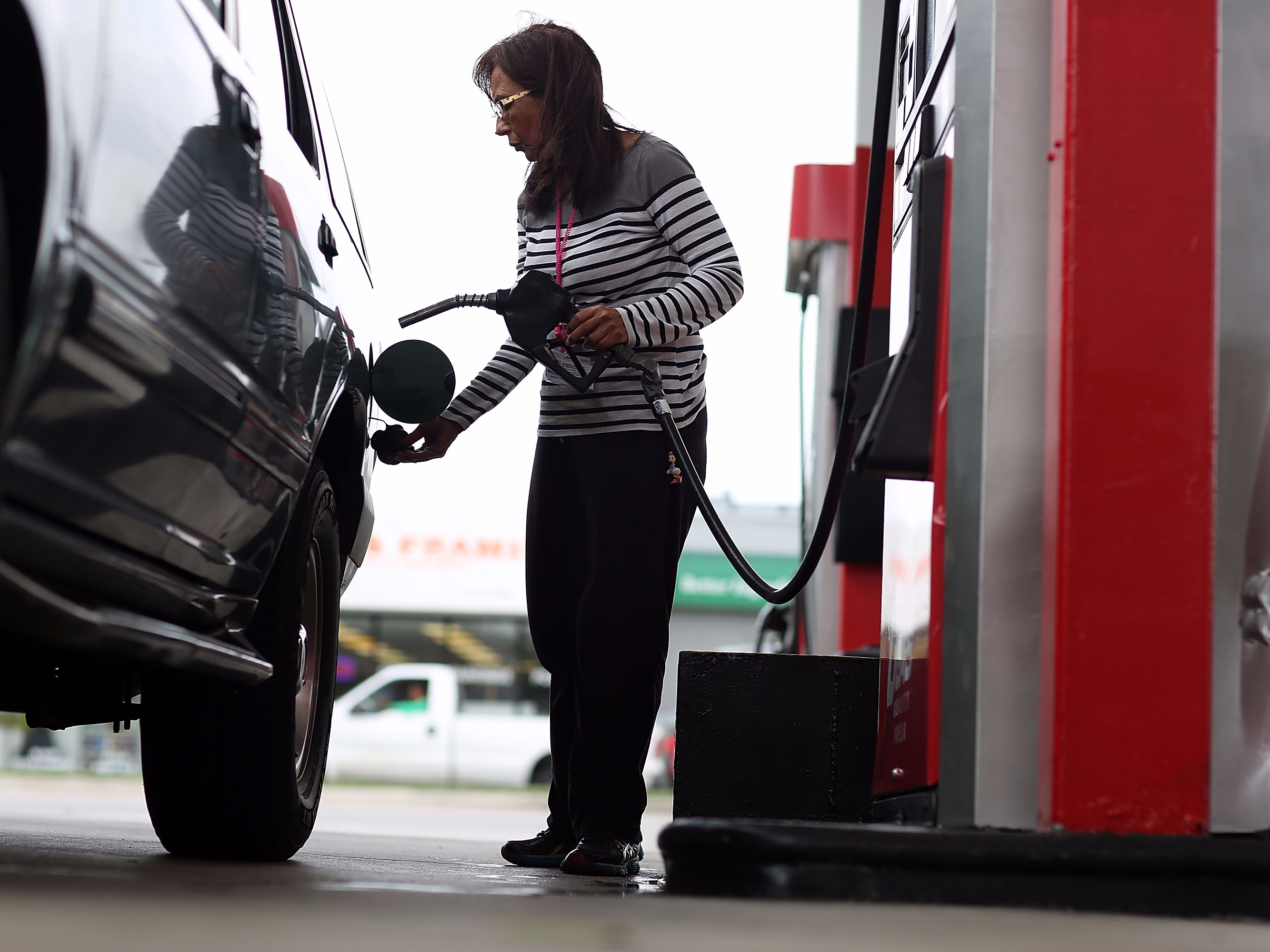 The most obvious savings I experienced in my time on a bike came from not having to pay for gas, which ultimately meant I wasn’t using fuel.

On average, I was buying a tank of gas every other week when I was driving to work and daycare and everywhere else – so two and a half weeks worked out to a tank and a quarter, or somewhere around $US60.

One summer when I was often biking 1.5 miles to work, I only had to refill my truck’s tank only once a month. I could also delay changing the oil an extra three months, which was another big money saver – anywhere from $US30 when you do it yourself or take it to a place with a good deal to $US100 at some auto shops.

While saving money was a perk, I also felt like I was reducing my carbon footprint. In 2019, an estimated 142 billion gallons of gasoline were used in the United States, resulting in significant amounts of pollutants like C02 and greenhouse gases being emitted into the air.

I learned that the more time I spent on my bike, the less money I spent and the less I polluted, and even a couple bike rides a week could add up over a year.

I realised how much I had been relying on car time to make phone calls to family and friends. If there’s a term for a person who calls people almost primarily when they’re driving, that would apply to me. Often I feel I’m too busy to spend time making casual phone calls during my day, though that’s probably just an excuse. Whatever the reason, I call most of my family and friends while driving.

I didn’t realise how much I depend on that drive time to keep up with people until I cut it out of my life and my parents called me wondering if I was OK. Yes, I did pick up a call or two on my bike rides, and talked for about 30 seconds before asking them to call back. But I didn’t call or text anybody myself.

I have become so used to using my driving time for calls that it was an adjustment learning to actually carve out time in my day to do so, but it also meant I was able to fully focus on my conversations.

I was early all the time. I used to have a problem with being late. So I was worried about using a bike to get everywhere, since on a bike it took me on average three times as long to get anywhere. Imagine my surprise when I started arriving early.

Often, if I can get to a place quickly, I subconsciously treat it as an extension of where I currently am, and don’t give myself nearly enough time to actually get there on time. Michael Munger, economist and former political science chair at Duke University, summed it up in one line: “The closer my office is to the room, the later I arrive at the meeting.”

With a bike, not only do I mentally accept that the ride will take longer, I also build in mechanical issues – popping tires is regular when biking, for example.

I learned that adding distance can actually lead to a changed perspective on time to arrive somewhere, and so theoretically if I change my mindset, maybe I can be on time in my car. I’m still working on that trick, though.

I learned to prepare for anything. I remember the first time I popped a tire while biking. I had to push a bike with one flat tire home for a mile and a half. Since then, I always ride my bike with an extra tube and a tire replacement tool, as well as a small pump.

One night while I was on my way home, I ran into a big rainstorm and arrived home completely soaked. I learned to always throw a rain jacket in my pack from that point on.

This led to me making an emergency pack for both my car and my wife’s, including road flares, emergency food, an emergency blanket for warmth – it often drops below zero here – and even a primitive cookstove should the worst-case scenario occur. And I make sure to check our spare tires.

When you’re exposed to the elements and the mishaps associated with biking, you start thinking about preparedness.

Riding a bike helped me start my day right. I love it when I exercise before work but it can be a challenge to find the time.

According to a study from economists at McGill University, respondents who didn’t bike to work reported feeling 74% to 91% less energised than people who did bike to work. The study also found that for drivers, the odds of being late to work increased between 2.21 and 11.26 times.

I personally noticed that I felt more energised when worked up a good sweat before work. I got to work with my mind already firing and endorphins pushing me through my first calls.

I realised that I needed a good exercise before work to really kick up my productivity, even if it meant waking up earlier and sacrificing some sleep to get it. What better way to get it in than by a simple bike ride?

And I learned that I sweat pretty heavily on a bike. Maybe for people who go on 50-mile bike rides – which is surprisingly common in the road biking community – riding five or 10 miles won’t hit as hard. But I learned that after a bike ride of just three miles, especially if I was pedalling the whole time, I would end the ride with everything revving – including sweat glands.

Even if I didn’t sweat, or at least feel the sweat, on the ride because of wind, it would catch up with me after I stopped. So I threw a shirt in my backpack and rode wearing the bare minimum – shirtless, or in a tank top – to try and keep body temps down, changing only after I’d parked my bike and cooled down.

When I finished my ride early enough I took a full shower – usually after pedalling hard for the duration, so it was a little like a reward.

After three weeks getting around completely by bicycle, those moments feel extra special.