Ahead of the South Carolina primary on February 29, former Vice President Joe Biden is leading the congressional endorsement primary by a huge margin, and recently received the coveted endorsement of House Majority Rep. Whip Jim Clyburn, by far the most influential figure in South Carolina Democratic politics.

But in such a crowded field, every candidate has drawn on the support of prominent surrogates.

As FiveThirtyEight’s Nate Silver reported in 2018, the hypothesis put forth by the book “The Party Decides” posits that endorsements have historically been a helpful predictor for who will prevail in presidential primaries. The somewhat controversial theory has posited that in primaries, voters often take their signal of who to vote for partially from the endorsements of prominent party elites.

In the 16 Democratic and Republican presidential primaries between 1972 to 2016, the candidate with the most endorsements before the Iowa caucuses ended up clinching the nomination in 9 out of the 11 contests that had a clear endorsement leader,according to data compiled by FiveThirtyEight.

But as the nature of political campaigns themselves have changed, a candidate’s elite endorsements may be less relevant than ever – especially given the volatile nature of the 2020 primary.

“The party usually does get its way,” Silver wrote. “But it also usually agrees with voters in the first place – or at least it can live with their choices – and it’s not so clear what happens in the event of a disagreement.”

Party support has been a less predictive barometer of success in ultra-crowded fields with no immediately clear front-runner, like the 2016 Republican primary, and now, the 2020 Democratic contest.

While other outlets have devised their own methods of tracking presidential endorsements (FiveThirtyEight uses a points system, for example), we decided to take a slightly more zoomed-in approach, and look specifically at endorsements from members of Congress.

Firstly, members of Congress from important primary states not only send a signal to voters (even if it doesn’t form the basis of voters’ ultimate choice), but can leverage their networks of colleagues, local elected officials and party activists to bolster their preferred candidate’s credibility and forge strategic alliances.

A recent headline in Buzzfeed News, for example, proclaimed that Biden’s impressive contingent of House endorsers is the “most powerful weapon in his fight with Bernie Sanders.”

And secondly, congressional surrogates have played a crucial role on the campaign trail for candidates who served jurors in the US Senate trial during President Donald Trump’s impeachment trial, including Sens. Bernie Sanders, Elizabeth Warren, and Amy Klobuchar.

Even after the impeachment trial has ended, presidential candidates can still only campaign in one place at once, meaning their congressional and other surrogates will continue to play important roles on the trail throughout the spring and into the general election.

Here’s how many congressional endorsements each Democratic presidential candidate has picked up: 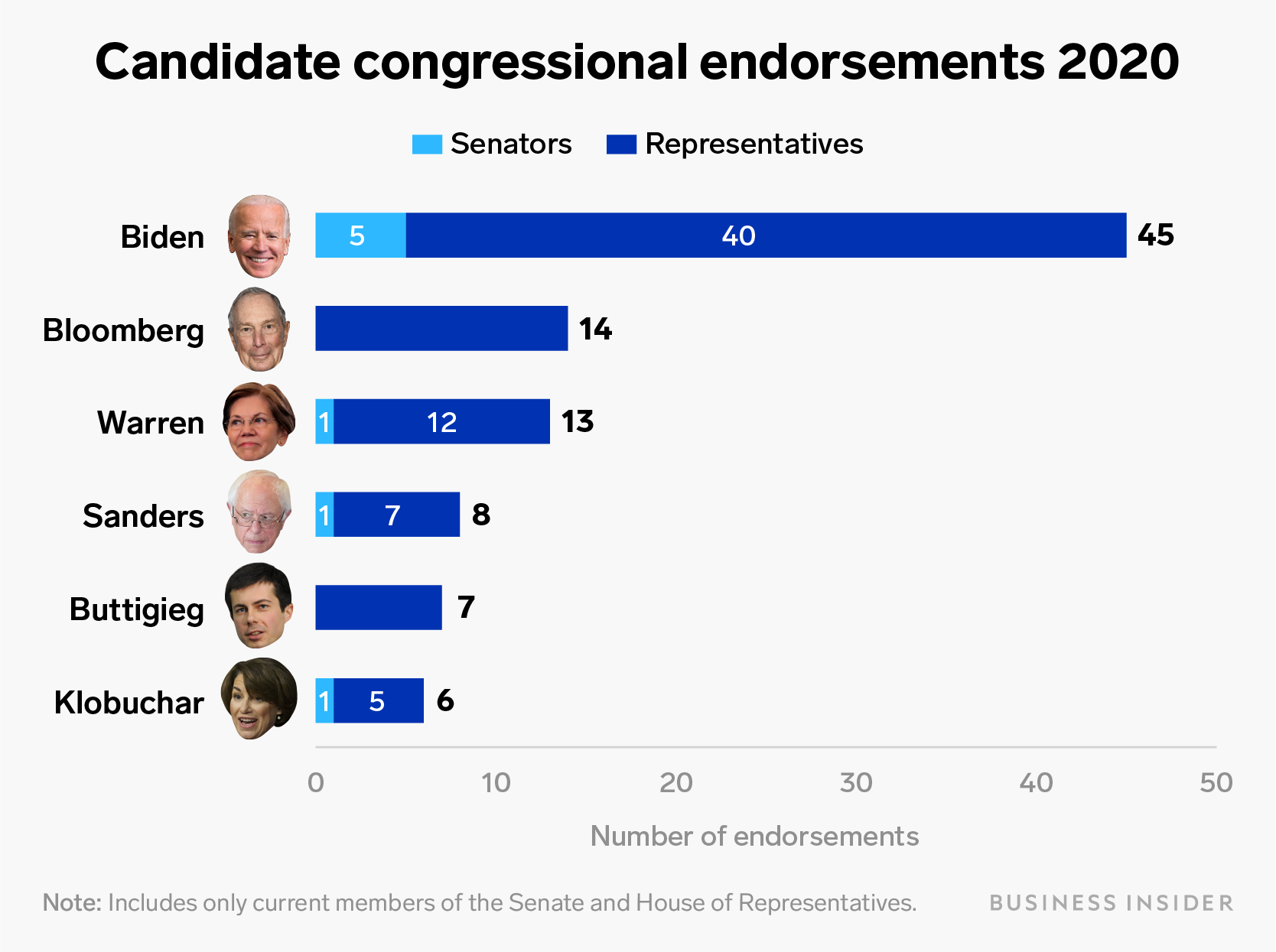 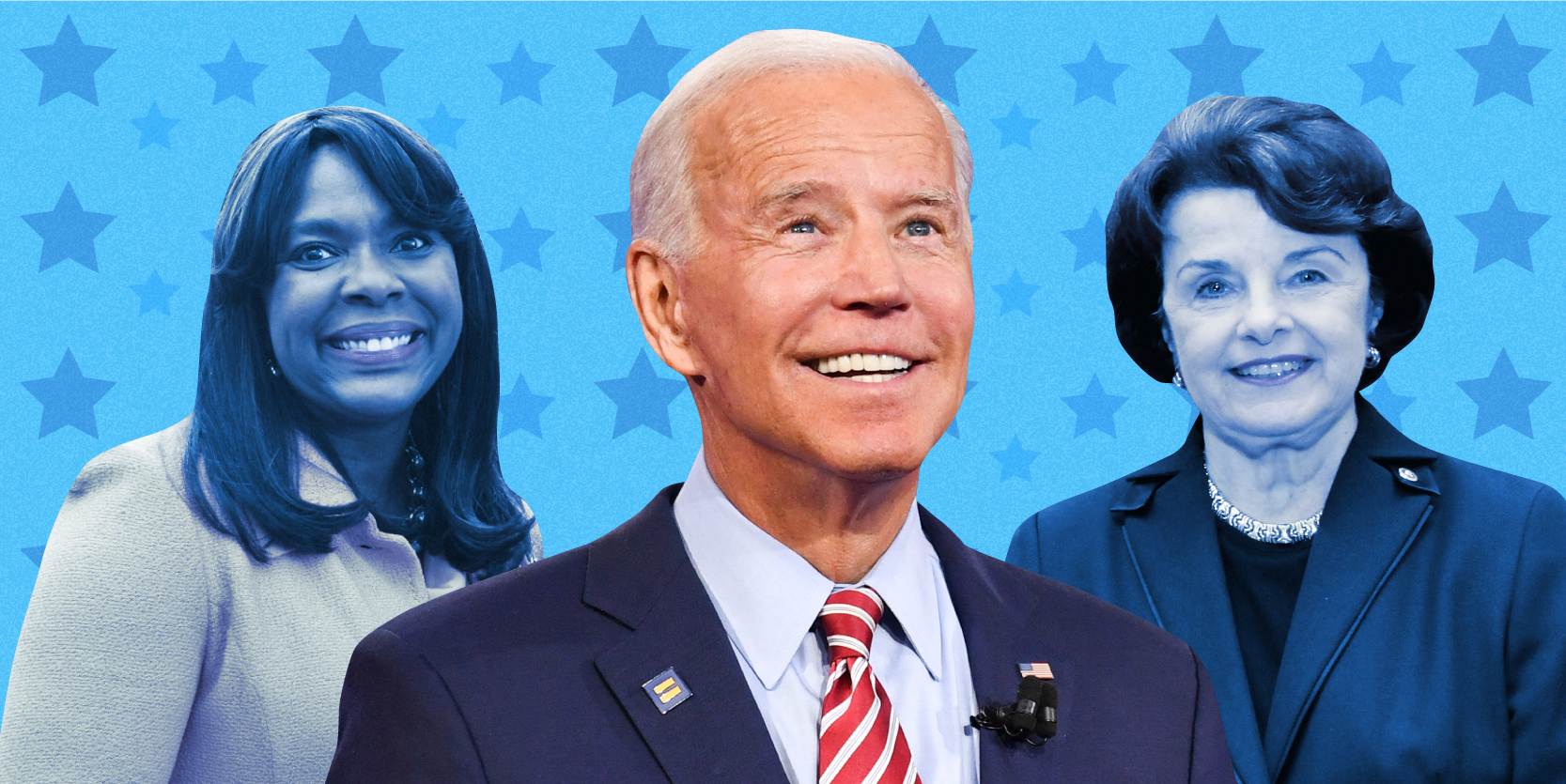 Biden, who led a storied 36-year career in the US Senate, is reaping the benefits of the relationships and establishment credibility he cultivated during his time on Capitol Hill and as the Vice President.

With 43 endorsements (most from the House), Biden leads the pack in congressional endorsements by a long shot, with most coming from relatively centrist and moderate Senators and Representatives.

In the early states, Reps. Cindy Axne and Abby Finkenauer of Iowa have backed Biden ahead of the state’s February 3 caucuses, and Rep. Dina Titus of Nevada, which holds its caucus on February 22, endorsed Sanders in November.

Biden’s campaign has touted his support from vulnerable Democratic representatives, many of whom flipped Republican-held districts in 2018, as evidence that he can be the best nominee not only to win the presidency, but help Democrats hold and win congressional, statewide, and local elected offices all the way down the ballot.

“We’re the ones who most recently have beaten Republican incumbents, and we know what that takes,” Rep. Collin Allred, who flipped a suburban seat in Texas and has endorsed Biden, recently told Buzzfeed News. 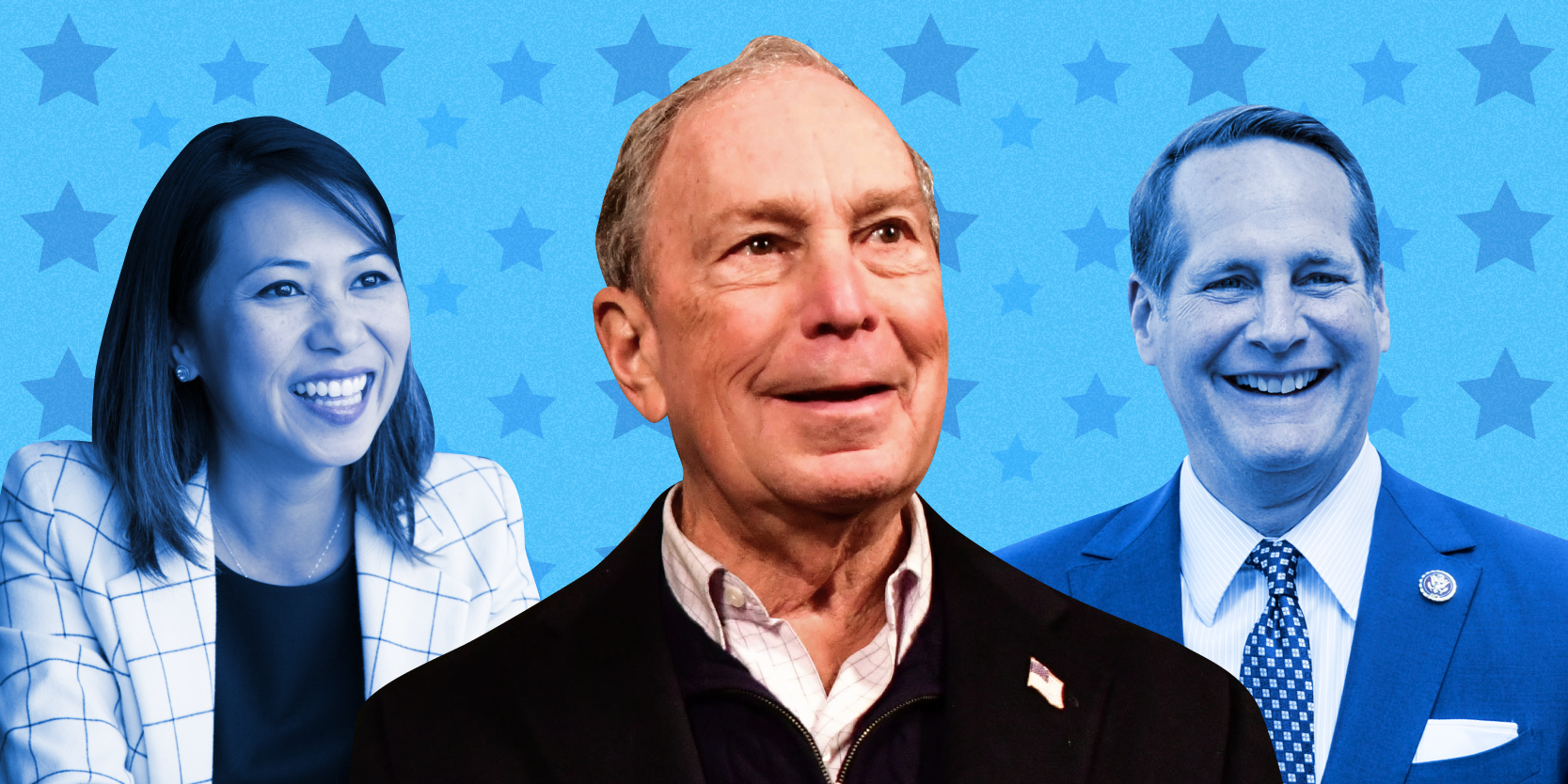 Bloomberg, the former mayor of New York City and the United States’ eighth-richest person, made a last-minute entry into the Democratic presidential race in November and is now in second place in the House endorsement race.

Thanks to his spending over half a billion dollars of his $US64 billion fortune on television and social media ad blitzes, he’s shot up rapidly to double digits in Democratic primary polls.

Despite his highly unconventional campaign, Bloomberg has picked up endorsements from several House Representatives who are similarly moderate, business-friendly Democrats.

In the House, Bloomberg is backed by a number of moderates Rep. Max Rose of New York, Rep. Stephanie Murphy of Florida, Rep. Bobby Rush of Illinois, Rep. Ben McAdams of Utah, and Reps. Scott Peters and Harley Rouda of California. 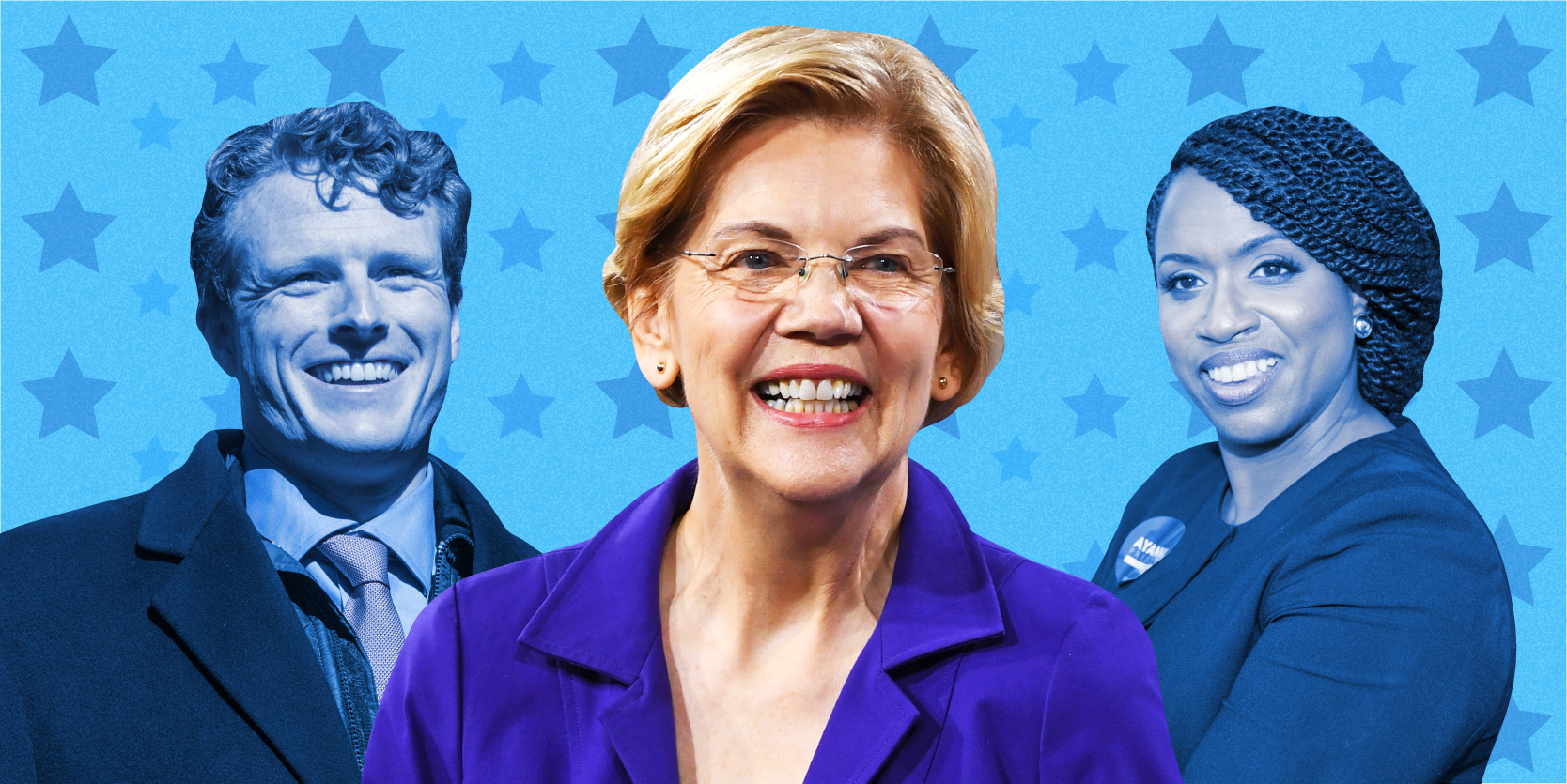 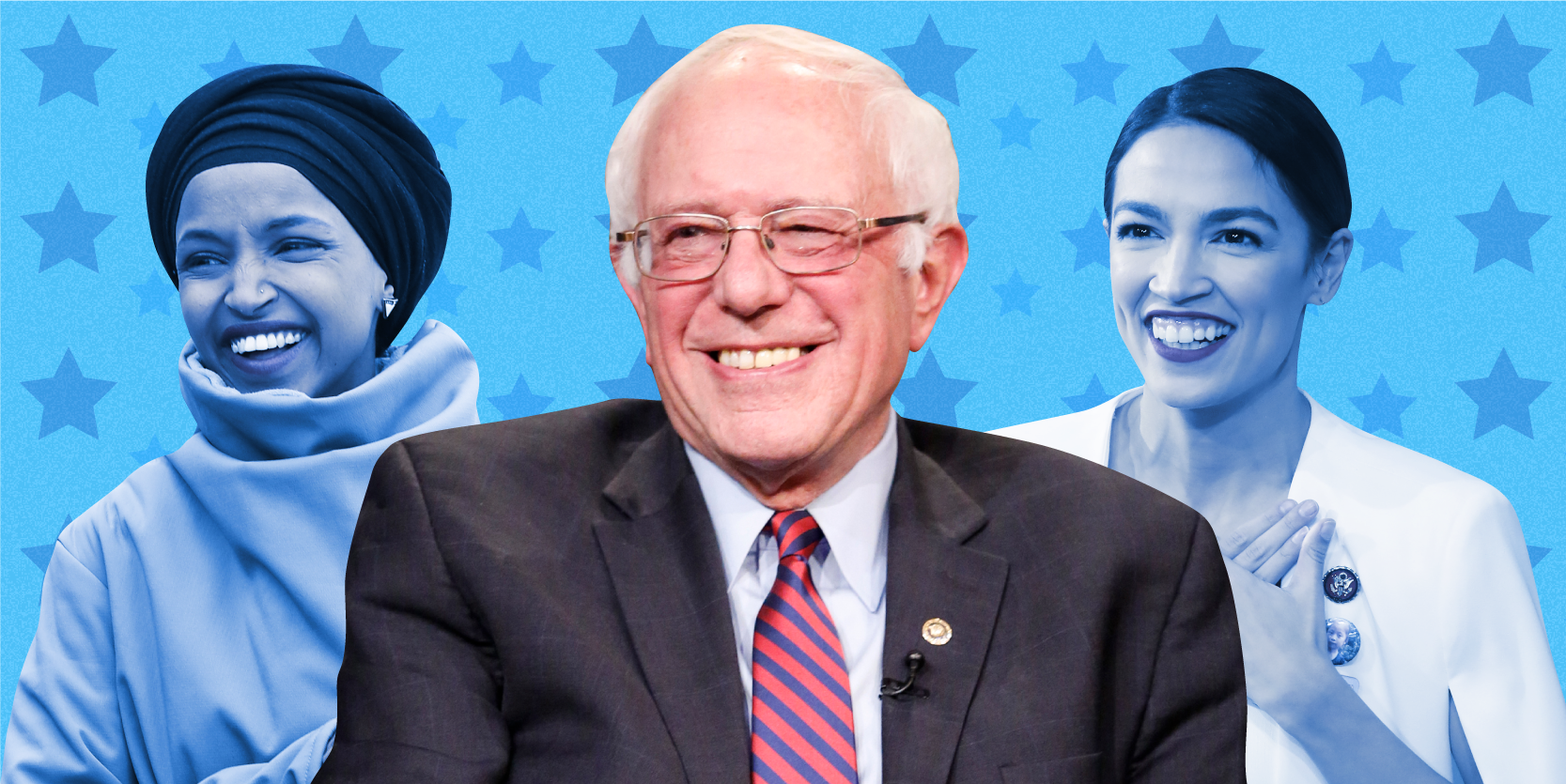 While Sanders has comparatively fewer endorsements from the House and Senate than Biden, he’s picked up the backing of some of the most high-profile and influential progressive members of the House.

Three members of “The Squad,” a powerful group of female, progressive freshman lawmakers of colour have also thrown their weight behind Sanders’ bid.

As Sanders has been stuck in Washington, D.C. for Trump’s impeachment trial, Reps. Alexandria Ocasio-Cortez, Ilhan Omar, and Rashida Tlaib have served as crucial surrogates for Sanders on the campaign trail in Iowa. 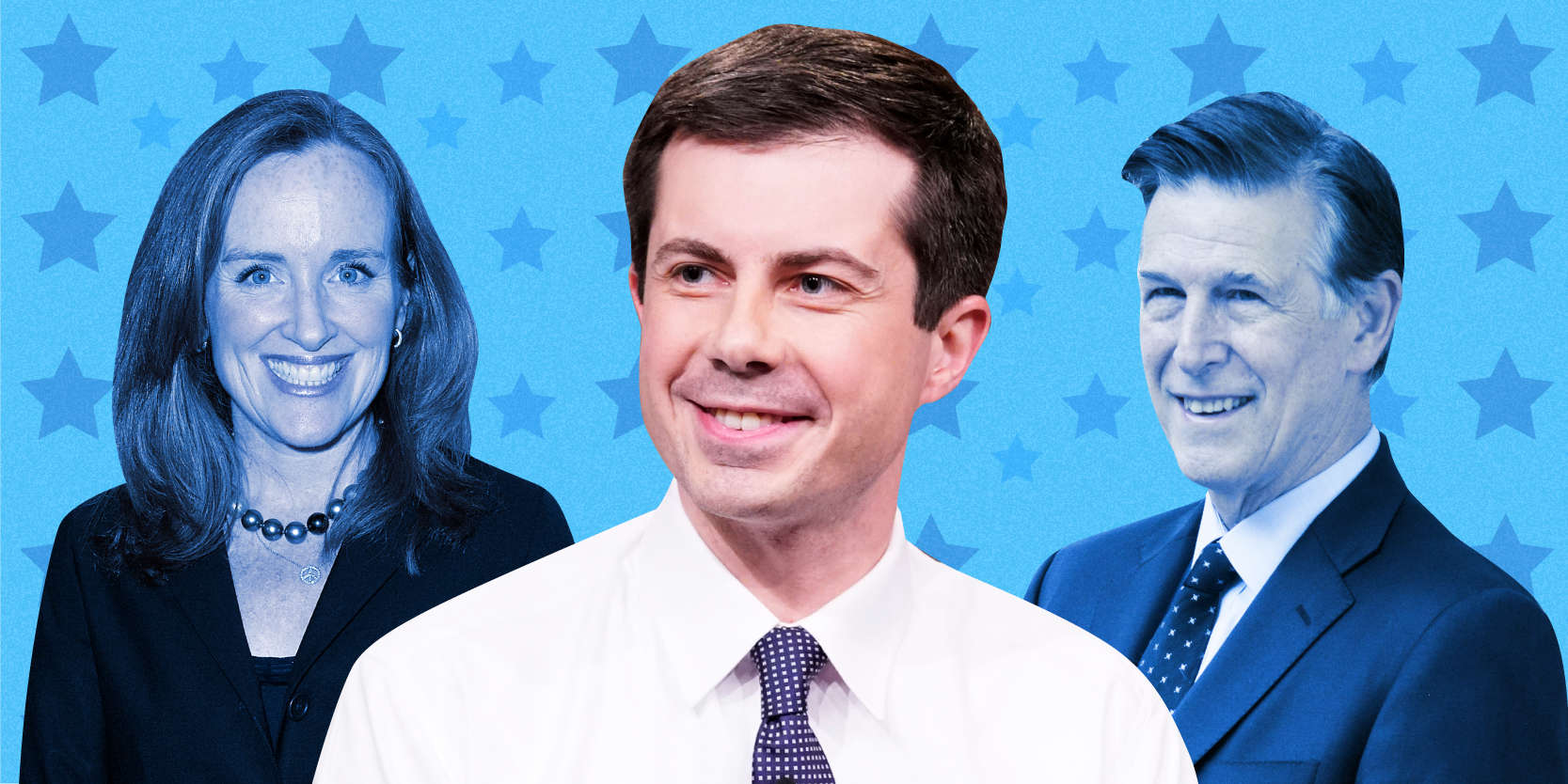 Despite spending none of his career so far in Washington, Buttigieg’s rapid rise in the Democratic primary field has picked up some key endorsements.

Buttigieg has also been endorsed by Rep. Don Beyer of Virginia, Rep. Kathleen Rice of New York, and Rep. Anthony Brown of Maryland, who also serves as a campaign co-chair. 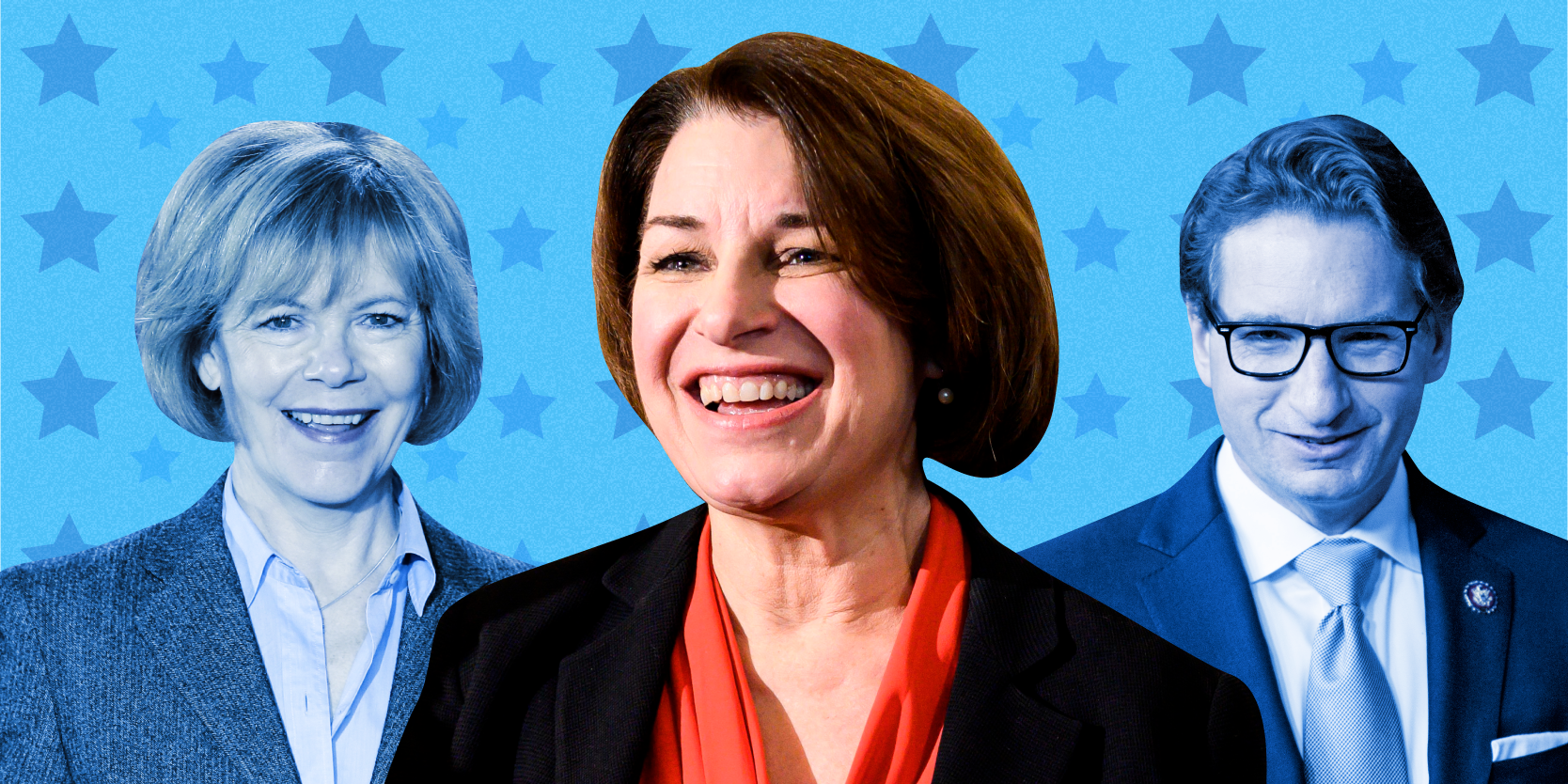 All of Klobuchar’s congressional endorsements hail from her home state of Minnesota.

Most recently, she picked up an endorsement from Rep. Linda Sanchez of California.

The Iowa caucuses officially kick off the 2020 Democratic primary elections tonight. Here’s what to expect.