, your daily dose of pharma, biotech, and healthcare news.

Subscribe here to get this newsletter in your inbox every weekday.

What a week it’s been. If you can believe it, it was just a week ago that we learned that President Donald Trump had been diagnosed with COVID-19. After a four-day stay at the hospital, he’s back at the White House, and somehow spending part of his days touting coronavirus treatments. We’ll get into it shortly.

But first â€” if you haven’t yet, be sure to subscribe to our newsletter here! 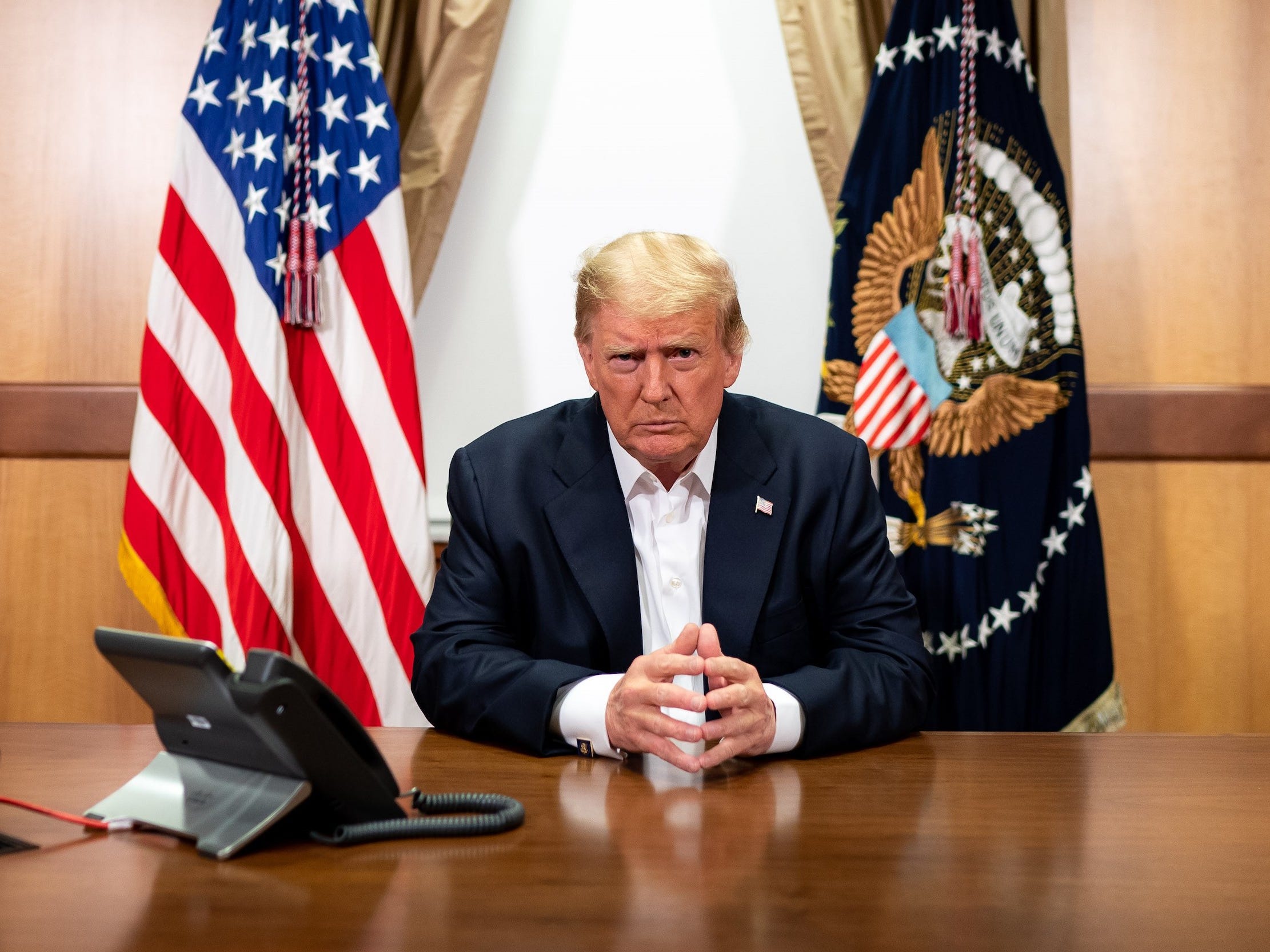 Last Friday evening, Trump was in the hospital being treated for COVID-19. To help him overcome the virus, he received treatments including the antiviral remdesivir, the steroid dexamethasone, and an experimental antibody cocktail made by Regeneron.

The idea was to target a “sweet spot” by treating his symptoms early, but experts cautioned that the data on all these drugs is limited.

Along the way, Trump’s doctor was light on some details, making it hard to parse out the answer to questions like: When did Trump last test negative? How are his lungs looking?


Morgan McFall-Johnsen and Susie Neilson rounded up all the questions that didn’t get answered over last weekend.

That could in part be because Trump’s doctors can only share what the president authorizes them to share about his health, as Kimberly Leonard and Aylin Woodward explain here. What a moment for HIPAA.

What we did find out was puzzling as well. On Wednesday, Trump’s doctor said that he had detectable levels of coronavirus antibodies. But it seems that could be thanks to the Regeneron drug that he received.

In the meantime, Trump in videos released later in the week praised the experimental antibody treatment he received, calling for its approval and widespread use. At moments like this, it’s important to keep in mind that it’s not clear what role the experimental treatment played in his recovery, since it was one of a number of medications he was given.

I found this flow chart from Aria Bendix and Shayanne Gal super helpful in parsing out what road may be ahead for the president, based on how coronavirus patients typically progress. Of course, as they note, Trump certainly is no average patient.

By Monday, Business Insider reporters had spoken to 20 doctors about Trump’s condition and the treatments he’d been given. They posited that he’s either been overtreated or could be more seriously ill than we know.

‘That makes no sense’: Doctors say Trump is either getting overtreated for the coronavirus, which could be risky, or is more seriously ill than we know The president’s health wasn’t the only news on our plates this week.

Megan Hernbroth on Tuesday released her list of the 16 rising stars of healthcare venture capital. The list is comprised of folks who have been VCs for less than five years.

When not working on that project, Megan also spoke with Oak HC/FT principal Billy Deitch.

Deitch explained why Oak HC/FT invested $US35 million in the booming on-demand mental health market via the startup Cerebral.

That, and the and the takes of Megan’s rising stars on the future of healthcare are all well worth a read.

RISING STARS: Meet the 16 up-and-coming investors changing the face of healthcare in the US 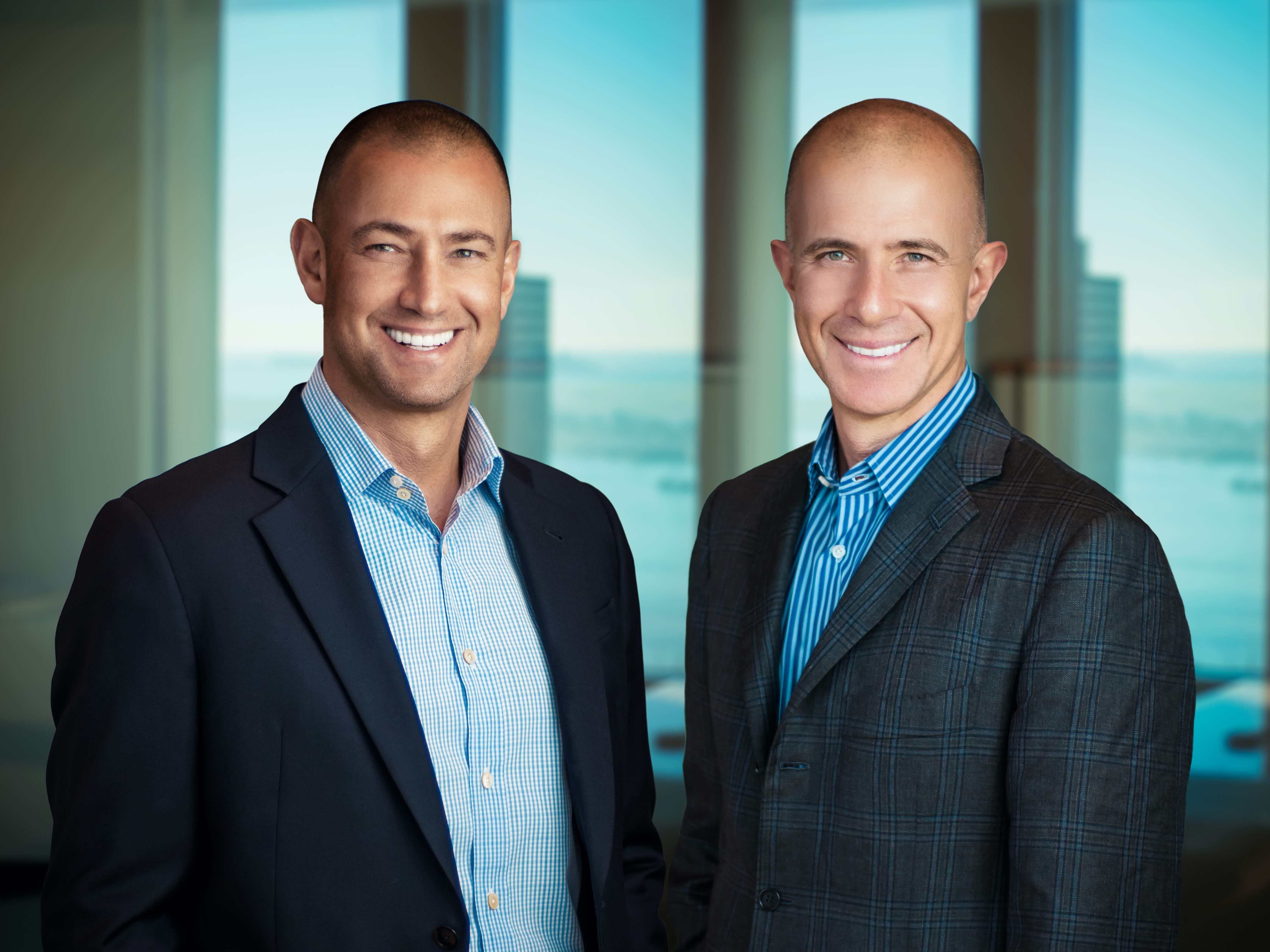 It’s been a scoop-filled week for our reporter Blake Dodge!

For one, she got the scoop on a memo and transcript laying out exactly how Goldman Sachs plans to get its employees back to the office.

That plan includes three (!) types of tests and the expected use of social distancing and mask-wearing.

Blake also picked up on chatter that Amwell, the telehealth company that just went public in September, is a potential acquisition target for healthcare giant UnitedHealth Group.

Speculation around the potential deal has sent Amwell’s stock soaring, she reports.

An Amwell representative declined to comment on the takeover speculation.

Amwell’s stock is soaring, and analysts are pointing to speculation that UnitedHealth might acquire the $US9 billion telehealth giant 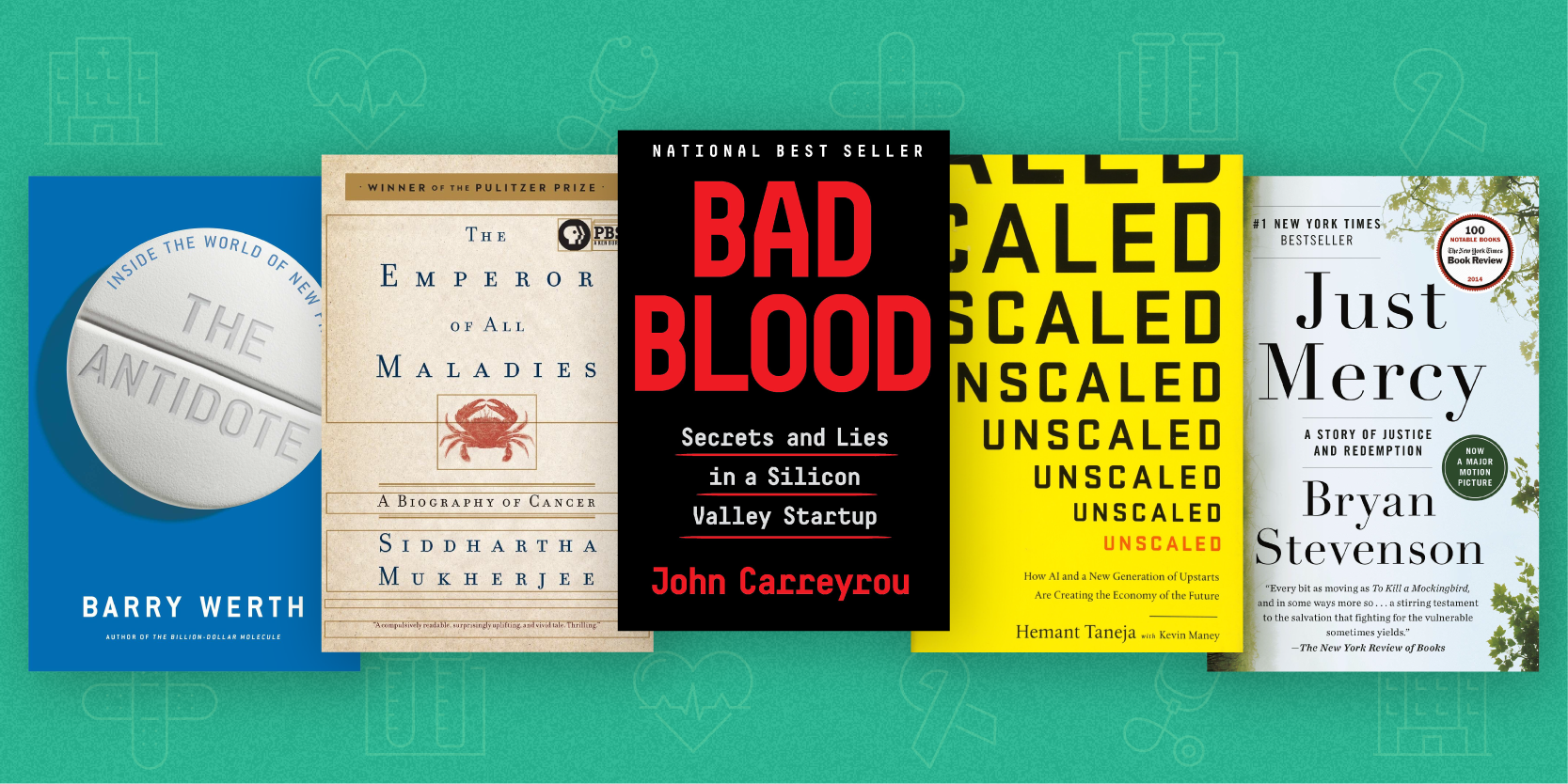 
Last week, we brought you Business Insider’s annual list of 30 leaders under 40 who are transforming healthcare. (I STILL can’t believe it was my fourth time doing such a list!)

This week, we pulled together some more stories based on our conversations with the 30 honorees.

For one, we asked every leader what book they’d recommend to anyone starting out in healthcare. Put another way, what book would they have recommended to their 22-year-old selves.

The list is filled with books from different perspectives â€” from books that go deep on the biotech industry, to lessons of Silicon Valley’s work at breaking into the industry.

Be sure not to miss out on the book recommendations from our young healthcare leaders… then immediately add them to your wishlist or library hold list like I did!

The 26 best books to read if you want to disrupt US healthcare, according to top young leaders in the $US3.6 trillion industry 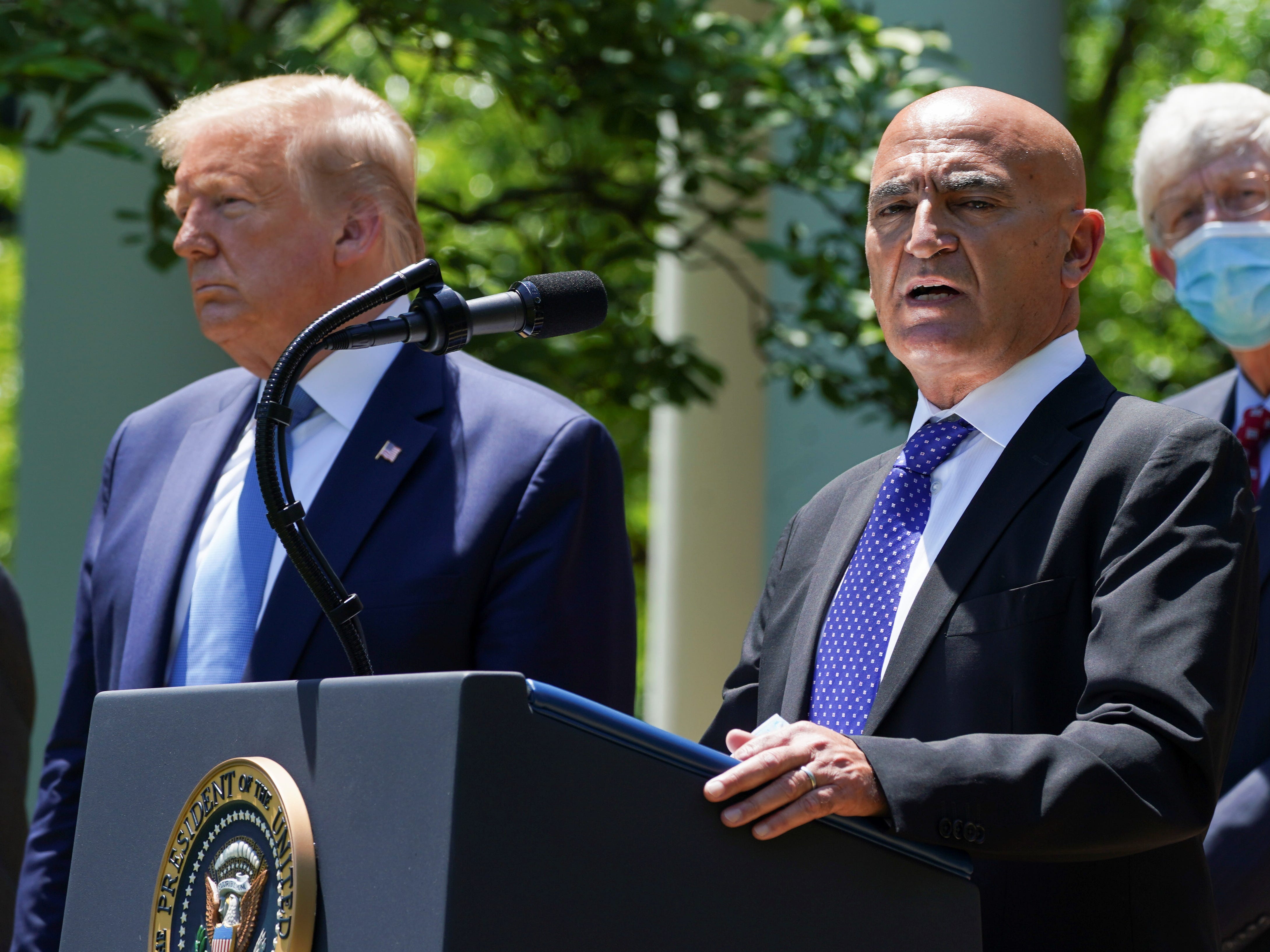 A vaccine approval by Election Day is looking less likely

Slaoui shared with Andrew his vision for how he expects the next six months will play out when it comes to vaccines. We’re looking at three waves of vaccine data and approvals, starting with Pfizer and Moderna’s shots.

And â€” in case you missed it â€” Andrew chatted live with experts on Monday about the challenges in testing and distributing a vaccine across the US.


You can watch the entire discussion here.

The FDA this week released its guidance on how it will evaluate vaccines, standards Slaoui said he supports.

An interesting â€” though not totally unexpected â€” wrinkle to the standards set by the FDA on vaccine data: It will make getting a vaccine authorised ahead of the election on November 3 very, very tricky.

I’ll leave you with one last dispatch from the land of health insurance startups.

When talking about the deal, Palihapitiya projected the company will grow its membership roughly five times what it was this year.

I took a closer look at the projections and spoke with Clover’s president, Andrew Toy, to get a better sense of what’s going on.

I found that the ambitious growth plans rely heavily on an untested Medicare experiment that’s slated to start next year.