Swastikas, stabbings, and a brutal assassination: Inside the Derby della Capitale, the battle for Rome In 1927, the former president and dictator decided to create a merger of teams from the city of Rome in an effort to challenge the supremacy of the teams from the north.

Roman, Alba-Audace, and Fortitudo were combined to form AS Roma, however Lazio resisted, and subsequently became an outcast.

Since then, the two sides have been bitter rivals, fighting – on and off the pitch – to lay claim to the Italian capital.

The Rome Derby is far more important than the Milan Derby. 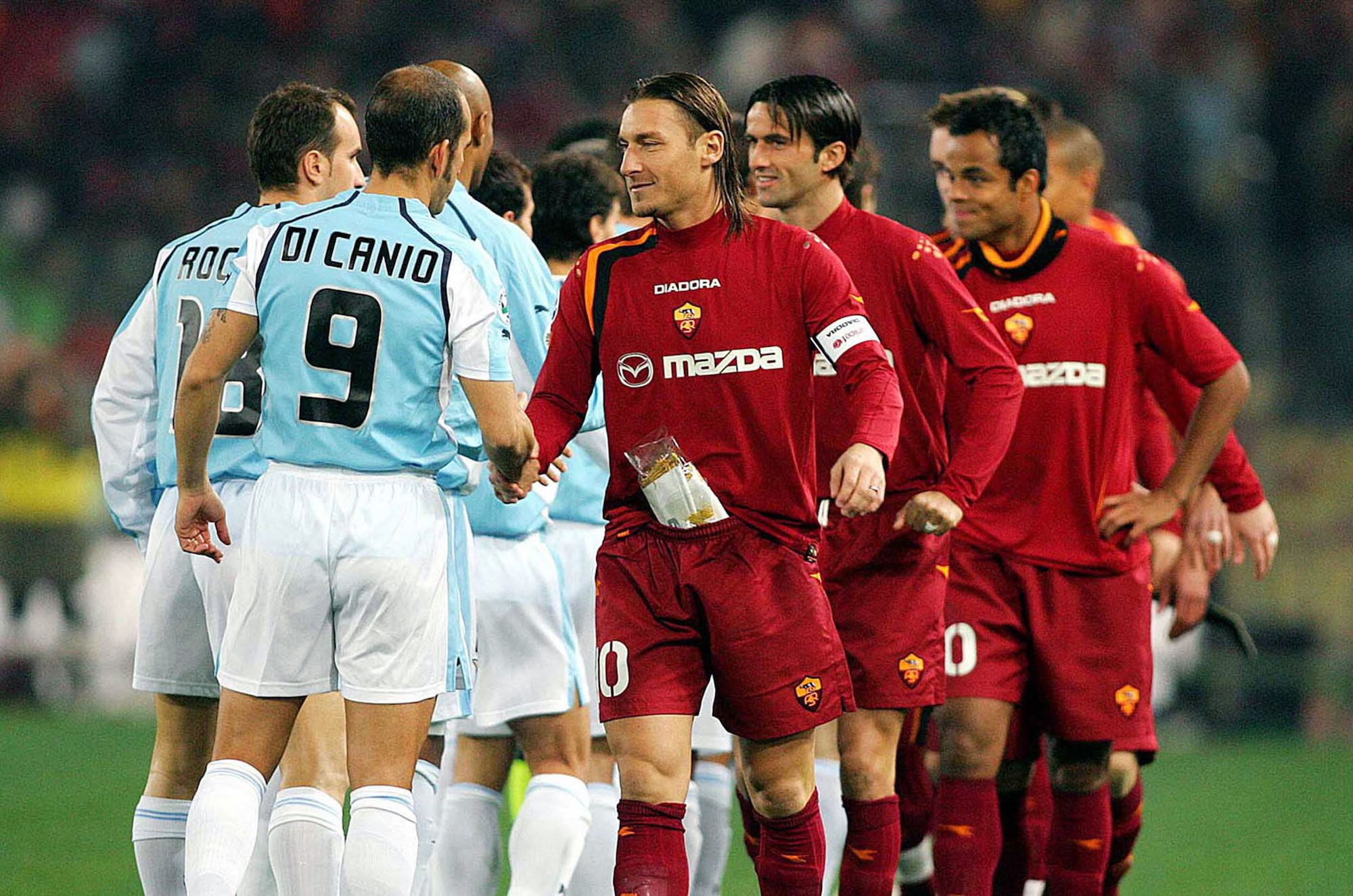 That’s according to the journalist Aurelio Capaldi, who told FourFourTwo that the city of Rome lives and breathes the derby.

“The Rome Derby is the most intense in Italy,” he said. “Points matter in the Milan derby because Inter and [AC] Milan are usually chasing trophies.

“In Rome it’s different. Only five Scudetti have ever gone to the capital. It’s all about the derby. In Rome, you are Roman. And you’re either Lazio or Roma.”

Paolo Di Canio, former Lazio striker and an ex-ultra added: “Roma and Lazio fans care more about winning the derby than where they finish in the league.”

The pair’s rivalry is also intensified because they share the 70,000 seater Stadio Olimpico, which they have cohabited since 1953.

On derby day, the stadium is array with smoke bombs, flares, and fighting. 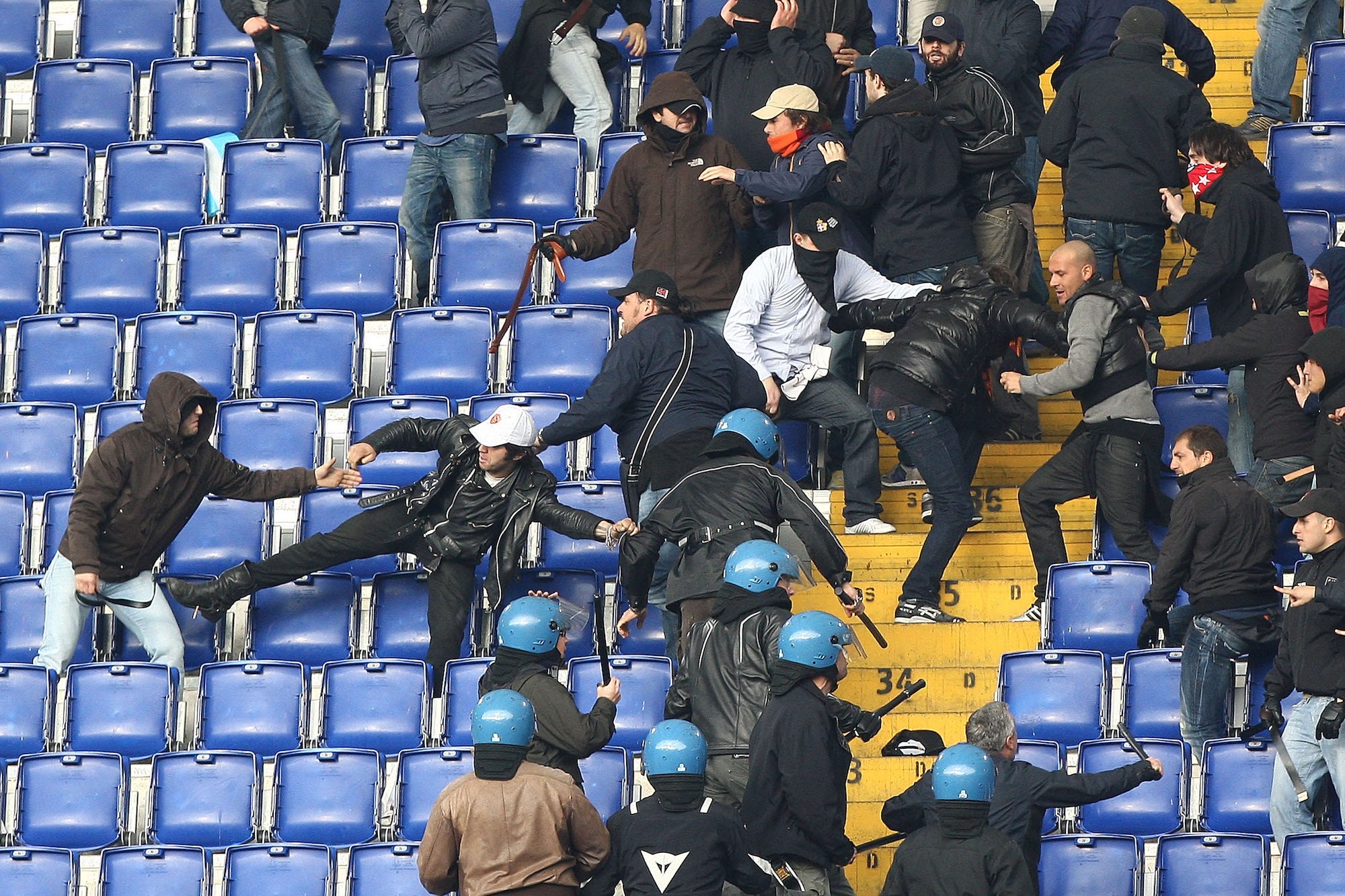 The game’s first violent major violent incident came in 1979 when a flare fired by Roma fans killed Lazio supporter and father-of-two Vincenzo Paparelli in the stands.

The Laziali reports chaos ensued and Lazio fans attempted to storm the pitch to stop the match while projectiles rained down from every angle.

Giovanni Fiorillo, an 18-year-old Roma ultra was later apprehended and charged for Paparelli’s death. He was sent to prison for seven years.

Another of the fixture’s most shocking acts of violence came in 2013, when six fans were stabbed and an ambulance attacked with fireworks, rocks and sticks in a pre-derby clash, says Bleacher Report.

Much of the violence comes from the two clubs’ ‘Ultras’ 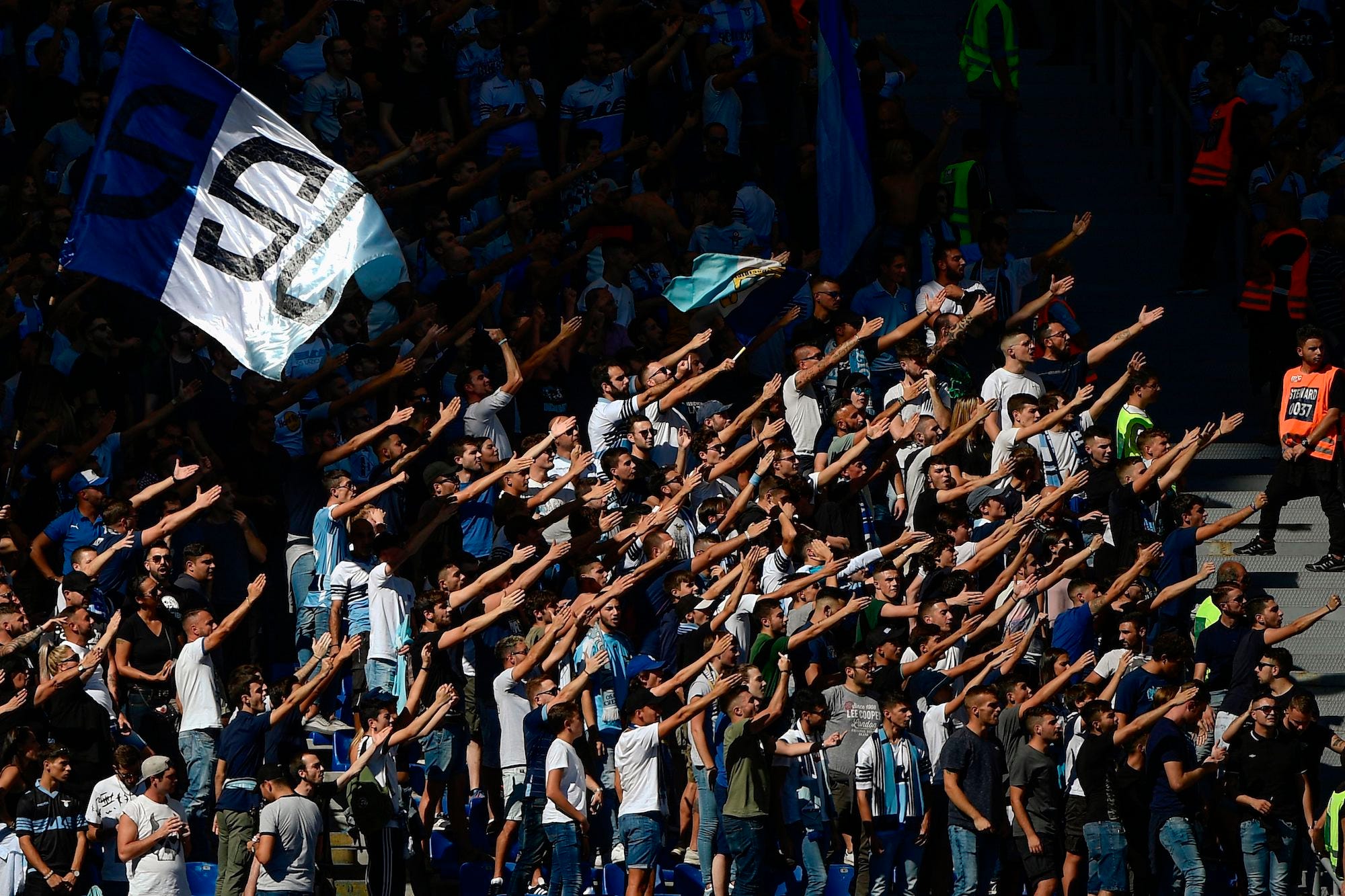 Minority groups from both sets of fans, known as Ultras, are renowned for their neo-fascist political ideologies and tendency for violence.

One of Lazio’s Ultra groups, the Irriducibili, are particularly notorious for their affiliation with the far right and violence.

Led by Fabrizio “Diabolik” Piscitelli, the group announced its formation during a derby match in 1987 by holding a giant 50-foot banner that read: “Auschwitz is your town, the ovens are your houses,” according to Bleacher Report. Another banner read: “Squad of blacks, terrace of Jews” while flags featuring Swastikas were also pictured.

Piscitelli, who was nicknamed after a cartoon thief and assassin and led the group for almost 30-years, was once quoted as saying after a match, according to The Guardian: “For the good of Lazio we were looking to injure people on the other side, we wanted to go onto the terraces and kill them.”

Diabolik’s reign came to a grizzly end in 2019 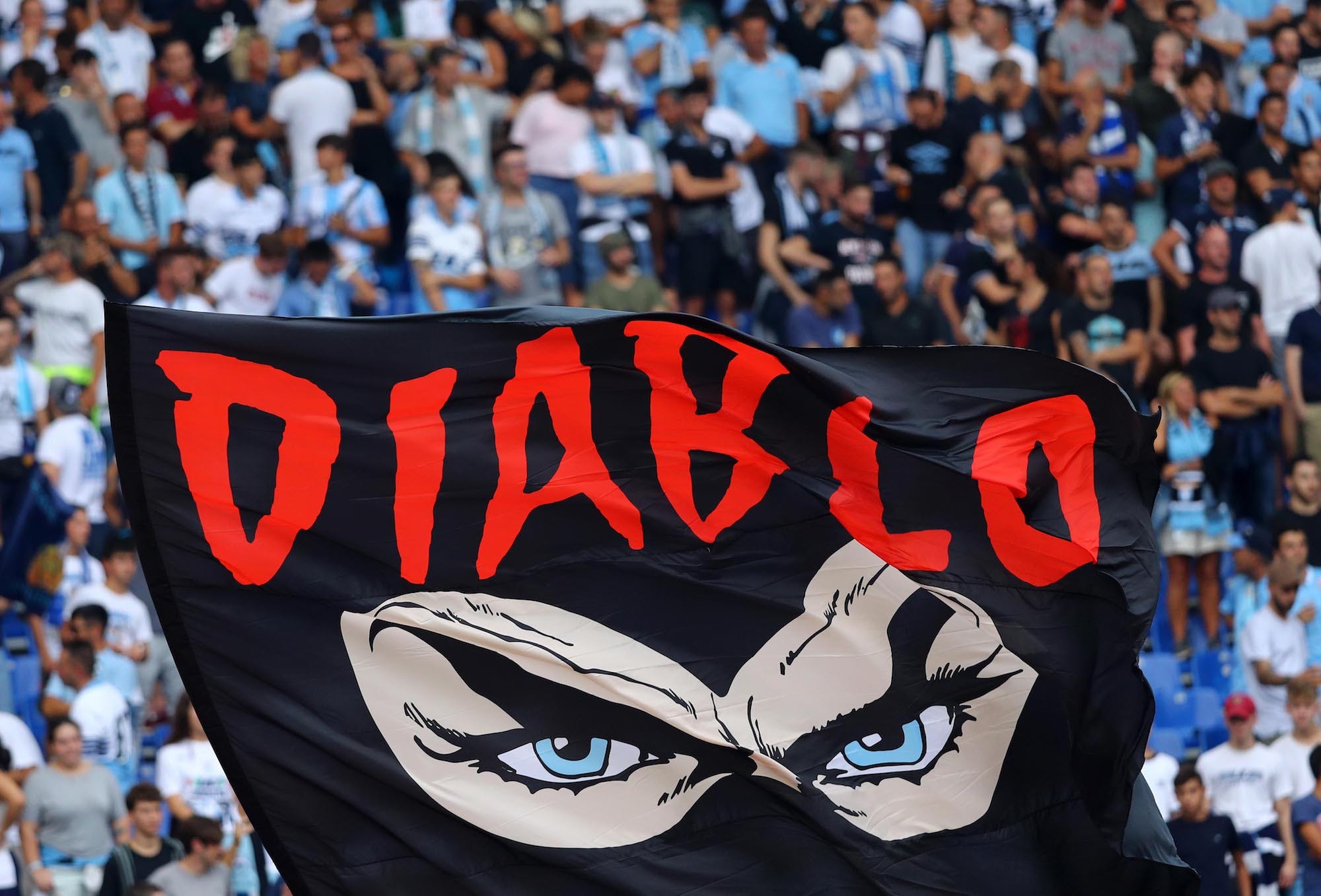 In August of last year, 53-year-old Piscitelli was assassinated in daylight in a Rome park.

The Guardian reports that on August 7, a man dressed as a runner ran past a park bench Piscitelli was sitting, before firing a pistol into his left ear, killing him instantly.

No culprit has been found to date, though the murder was thought to be a professionally organised hit, says The Guardian. As well as leading the Irriducibili, Piscitelli was also a convicted drugs trafficker.

His death bought a strange moment of peace to the capital, with Roma fans holding aloft a banner at their next game reading, according to FourFourTwo: “Alive we fight, dead we respect.”

Civil war, pig’s heads, and a murder in Angola: Inside El Clasico, the biggest game in world club football