Big Tech has no friends in Washington anymore

“The CEOs don’t want to be testifying. Even having this collective hearing creates a sense of quasi-guilt just because of who else has gotten called in like this – Big Pharma, Big Tobacco, Big Banks. That’s not a crowd they want to be associated with.” – Paul Gallant, a tech policy analyst, on Wednesday’s Big Tech antitrust House hearing. 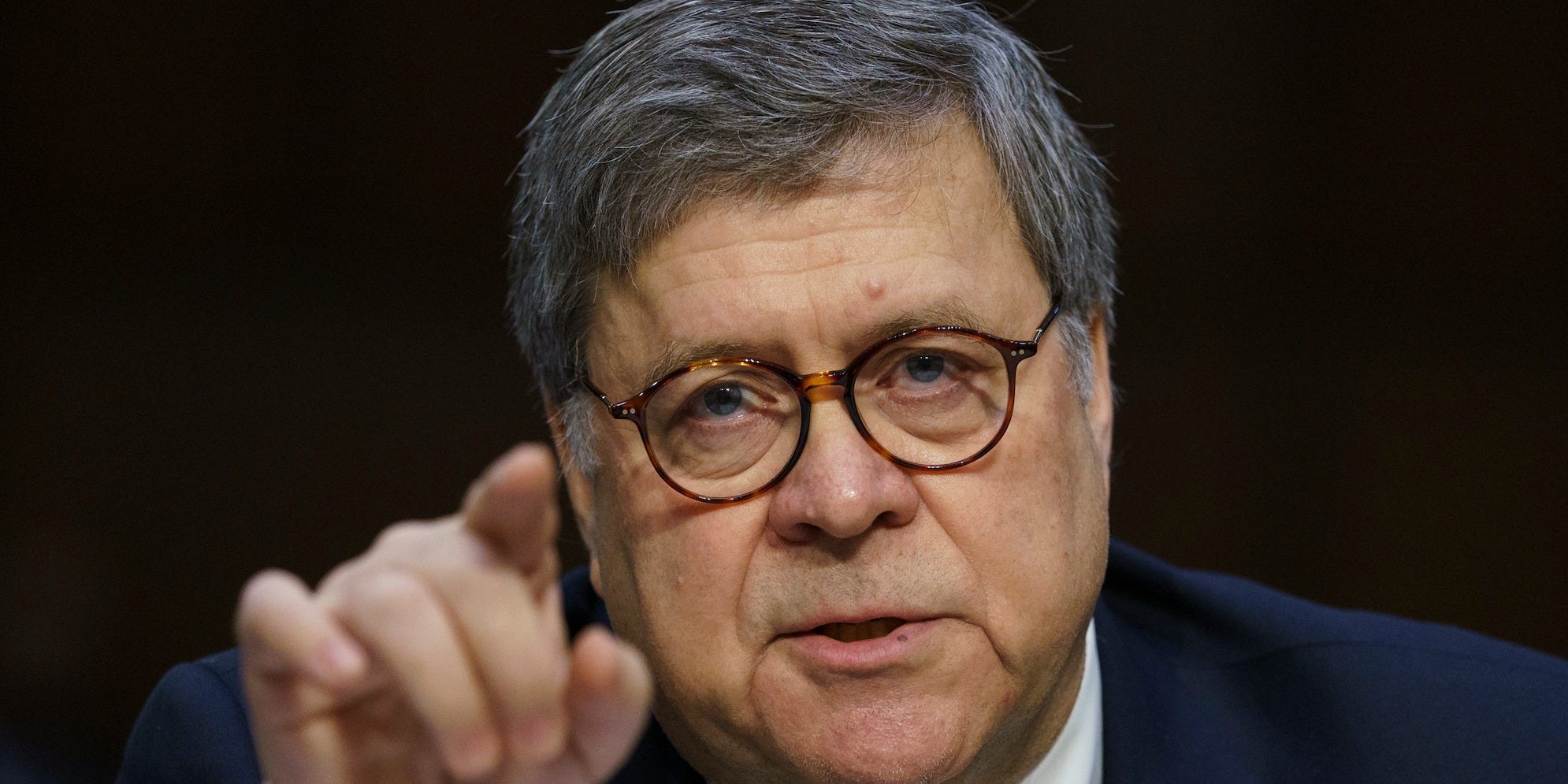 The Big Four tech CEOs will testify Wednesday before the House antitrust subcommittee. In the most anticipated antitrust hearings in decades, Apple, Amazon, Facebook, and Google bosses will be interrogated about a variety of market-dominating practices.

AG Bill Barr is testifying before the House Judiciary Committee. Democrats are challenging him on his intervention in the Stone and Flynn cases, the Lafayette Square assault, and the Portland protests, among other matters. Barr is unapologetic and accused Democrats of trying to discredit him.

The Trump campaign has “masked” $US170 million in campaign spending, alleges campaign finance watchdog. The nonpartisan Campaign Legal Centre filed a complaint with the FEC that that campaign “disguised” spending by funelling it through organisations controlled by people involved in the campaign, such as Brad Parscale. The FEC has no quorum and so can’t enforce campaign finance laws.

The Trump administration dispatched another 100 federal agents to Portland. They join the 114 feds already there. Nightly protests have grown since the feds stepped up their presence two weeks ago. 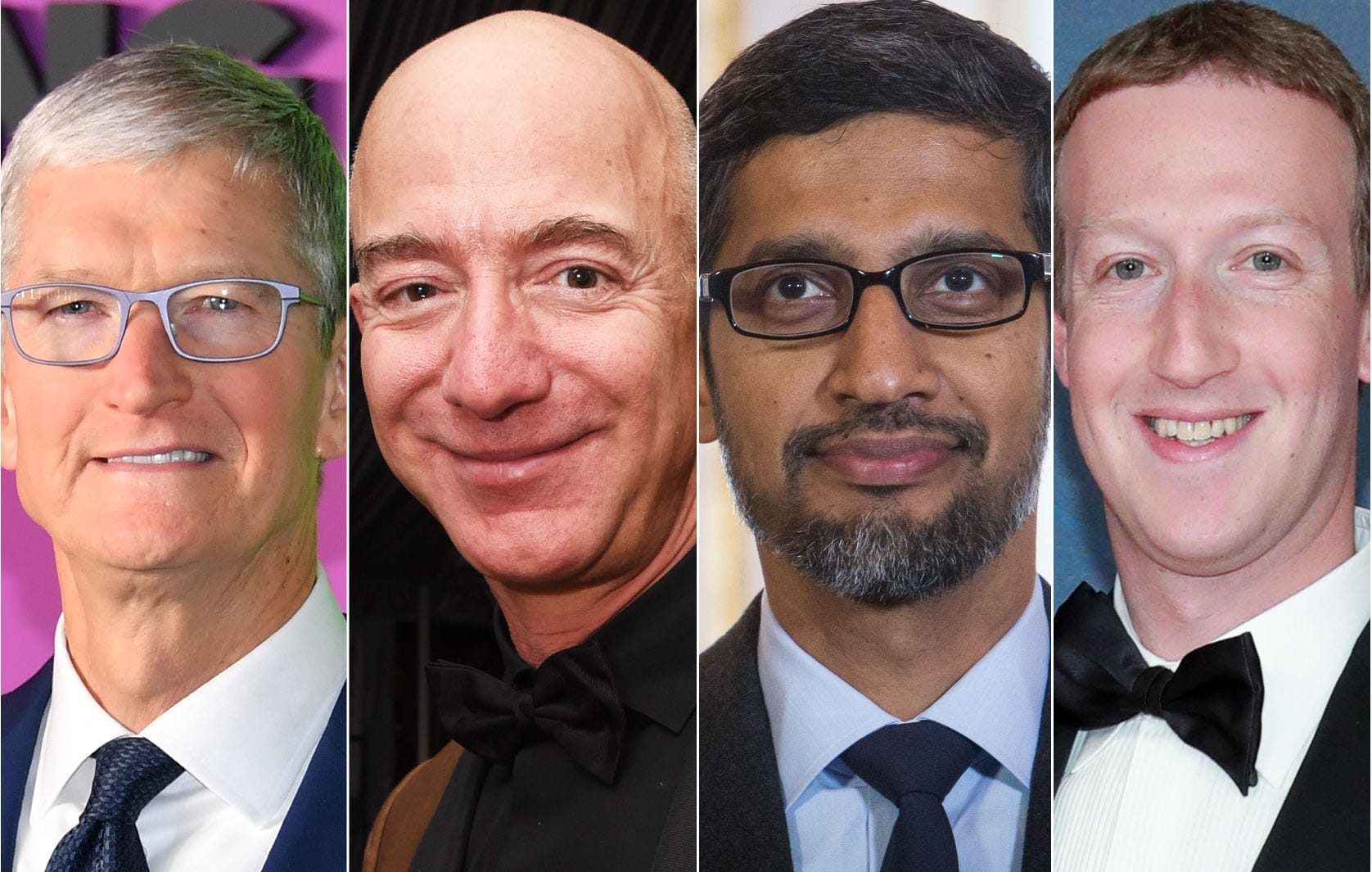 Big Tech has no friends in Washington

On Wednesday the CEOs of the four biggest tech companies – Amazon, Facebook, Google and Apple – will testify before a House subcommittee via Zoom. They will have no friends.

Over the last few years both Republicans and Democrats have begun to look at Silicon Valley with a great deal of scepticism, and there are now pro-antitrust factions on both sides of the aisle. This hearing will be conducted by the House Judiciary subcommittee on antitrust, which is helmed by Democratic Rep. David Cicilline. The committee has a history of supporting antitrust legislation that goes back to before the Trump administration started. Expect the politicians on this subcommittee to know their stuff in a way we have not seen in previous hearings.

It’s also become clear that politicians on both sides of the aisle think they can score political points with their base by beating up on these executives. On Monday, GOP Rep. Matt Gaetz of Florida – who is more known for partisan stunts than any productive legislation – filed a criminal referral to the Department of Justice for Facebook CEO Mark Zuckerberg. Gaetz accused Zuckerberg of lying to Congress in 2018 when Zuckerberg denied that there was any bias against conservative speech on Facebook.

Facebook’s own internal reports actually show a bias toward conservative content, and the top 10 most shared posts on the platform every day are consistently from conservative outlets. But it’s clear Gaetz thinks his base will appreciate this spectacle.

A few things to know going in:

Yes, but “Big Tech” has a point: It’s a global market. If we hobble US companies, we’ll open the door even wider for China, et al.

Many Americans are frustrated with the power and influence of tech-powered American companies like Facebook, Google, Apple, and Amazon. The answer, many people say, is to break the companies up.

At the same time, many Americans worry that heavily regulated American companies are losing ground to companies based in other countries that aren’t subject to the same rules.

Well, we can’t have it both ways. 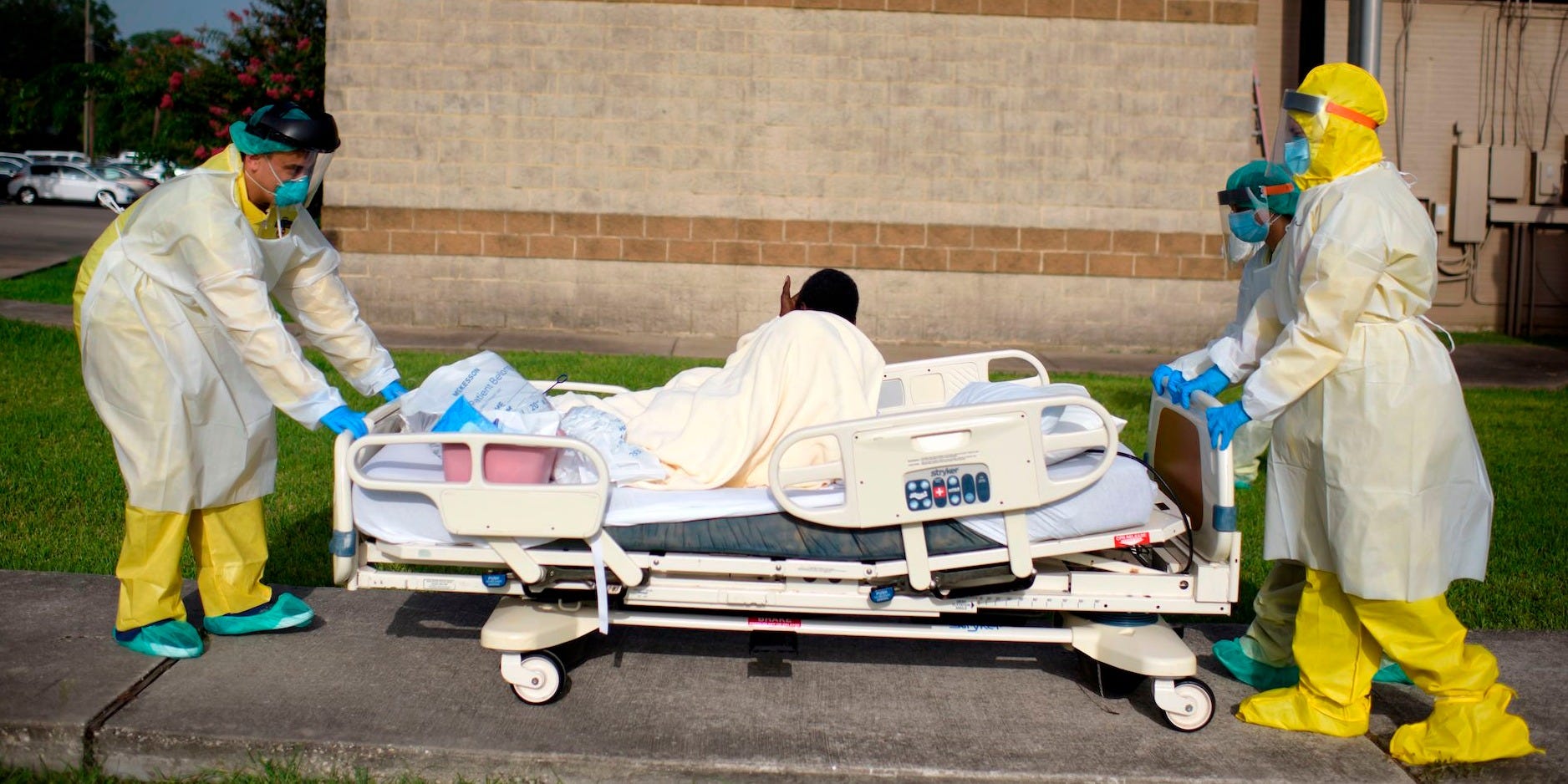 MARK FELIX/AFP via Getty ImagesHealthcare workers push a patient into a less intensive unit from the Covid-19 Unit at United Memorial Medical Centre in Houston, Texas on July 2, 2020.

President Trump was “bored” by the pandemic, until he realised it was hitting “our people.” Here’s why he better keep paying attention to Covid.

In a remarkable display of data wizardry, the New York Times merges disparate information about COVID and polls to show that higher local death rates are associated with a drop in support for Trump and other Republican candidates.

The drop isn’t huge: A doubled death rate causes Republicans to lose one-third of a point. But it’s real: That decline is not occurring in states such as Wyoming that have so far ducked Covid. The Times likens this Covid shadow to historical polls showing that combat deaths grind down politicians’ popular support.

If this effect continues through Election Day, it could make a genuine difference in presidential swing states and tight Senate races, given that the virus is ravaging Arizona, Florida, Texas, and Georgia.

GOP Sen. David Perdue of Georgia has yanked down a Facebook ad he was running against Democratic challenger Jon Ossoff. The ad showed a photo of Ossoff in which his nose – and only his nose – was digitally lengthened and widened, along with a message that Democrats were trying “to buy” Georgia. The ad also included an image of Sen. Chuck Schumer, who, like Ossoff, is a Jewish Democrat.

Perdue’s campaign deleted the ad, feebly claiming that an “unintentional error” by a contractor had distorted the photo, and that Perdue had never seen it.

But this is textbook anti-Semitism, Jews trying to use their money to deceive the good people of Georgia. It’s not even a dog whistle. It’s a whistle. – DP

Disney is strange during COVID Times 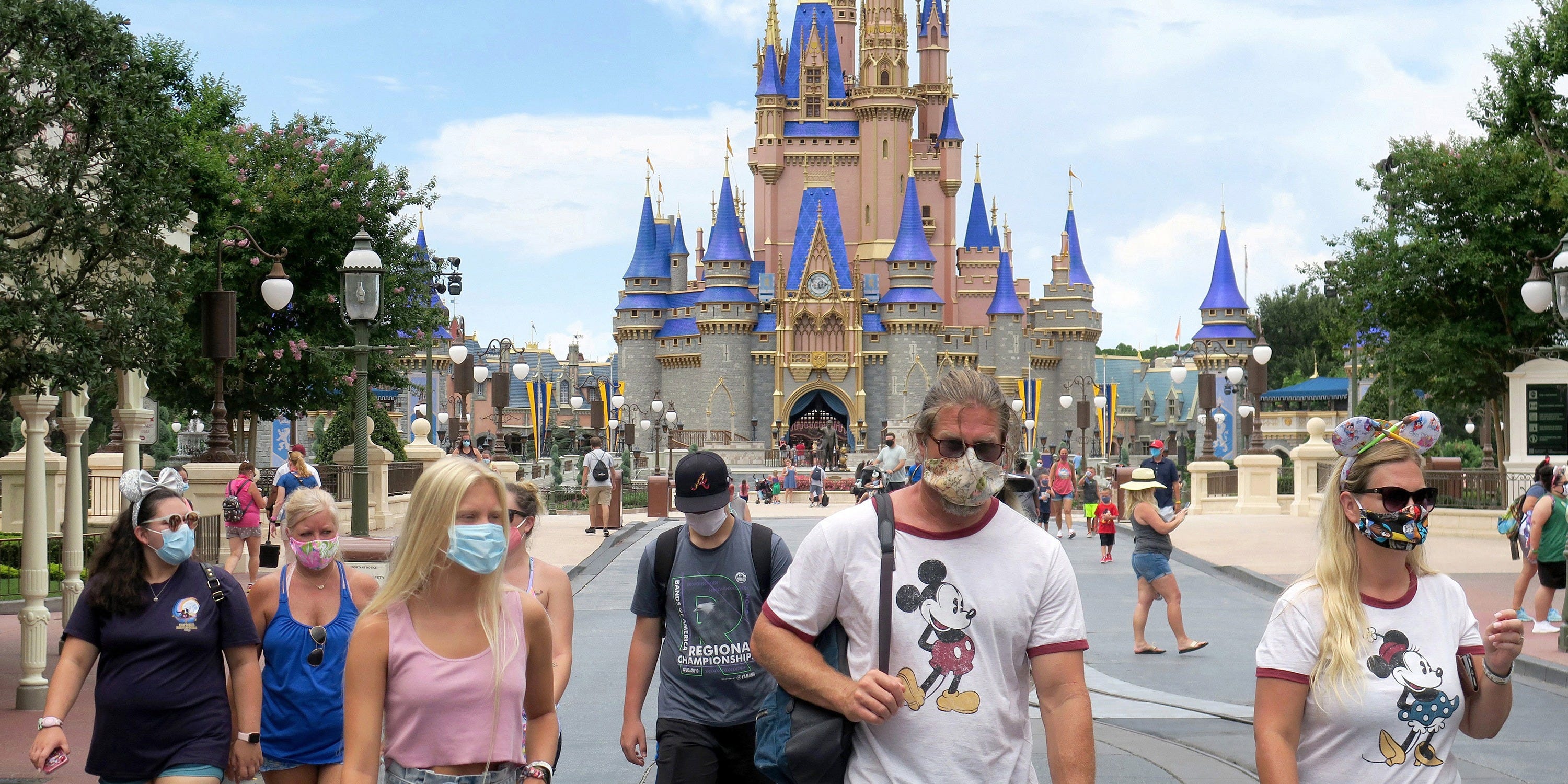 Joe Burbank/Orlando Sentinel/Tribune News Service via Getty Images)Disney World guests wear masks in front of the park’s iconic castle on the first day of re-opening following a nearly four-month shutdown due to the coronavirus. Florida continues to be one of the worst-hit sates by the

The parks are largely empty, public health warnings klaxon every few minutes, the costumed characters keep their distance, you never have to wait in line, Graeme Wood writes in the Atlantic.

“The experience of Disney World under these circumstances is one of unsettling solitude….What is an amusement park in which visible smiles are forbidden, and laughter and screams of delight are muffled to the point of inaudibility?”

Working there is not so hotsy-totsy either. An anonymous Epcot employee describes their job now as an experience of cognitive dissonance – trying to maintain the trademark Disney good cheer while being deadly serious about masks and distancing. – DP

Is it just me, or does $US250 billion seem cheap for some peace of mind?

Republicans have released their proposal to Democrats for the next coronavirus aid bill. It includes reducing the federal boost to unemployment checks from $US600 a week to $US200 a week. Then in October states would start reimbursing 70% of pre-pandemic wages.

Analysts at Raymond James estimate this plan will cost $US100 billion. Keeping the $US600 a week payments til the end of the year would cost $US250 billion more.

Maybe I’ve become desensitised to eye-popping numbers. Maybe I just remember that the Federal Reserve spent $US500 billion buying corporate bonds a few months ago and no one batted an eye, so what’s $US250 billion to keep people in their homes during a pandemic?

After all, the sooner the government gets the pandemic under control, the sooner people can get to work. Until that happens, Republicans are trying to push people to go back to jobs that don’t exist. The people who should really be pressured into going to work right now are in Washington. – LL

Ed Yardeni: Stock investors could be “delusional” if prices continue to rise faster than earnings forecasts. He also said the V-shaped recovery of May and June looks like it’s stalling.

The top 5 cities for young professionals in 2020. Based on job opportunities, number of millennial residents, and access to affordable housing, Cambridge, Mass. is tops, but both DC and Arlington, Virginia make the list. 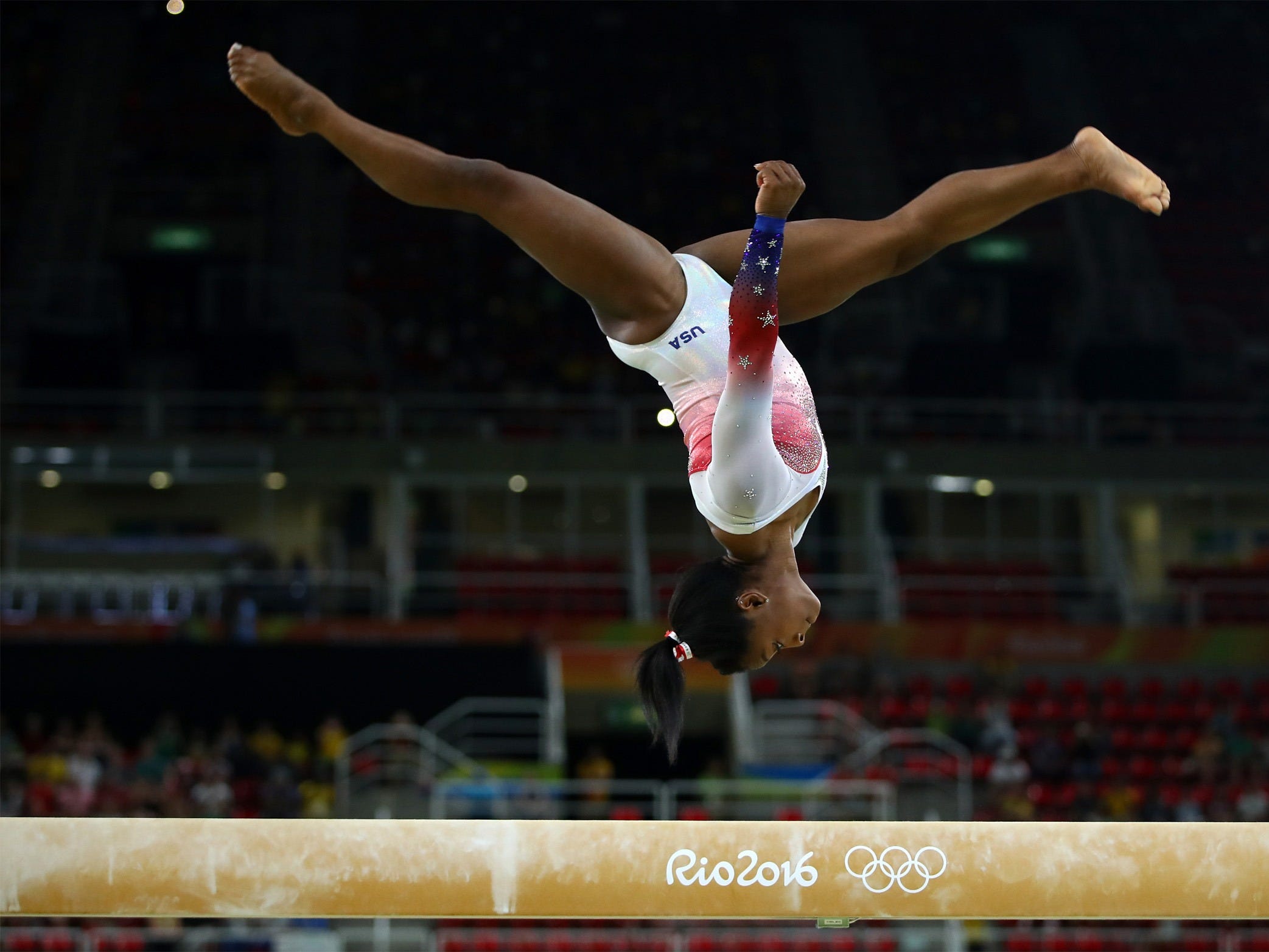 
Jaw-dropping images of Simone Biles, the most dominant athlete on the planet. In a regular time, she’d be crushing it at the Tokyo Olympics this week.

There are 16 EGOT winners, and one double winner. Here they all are. 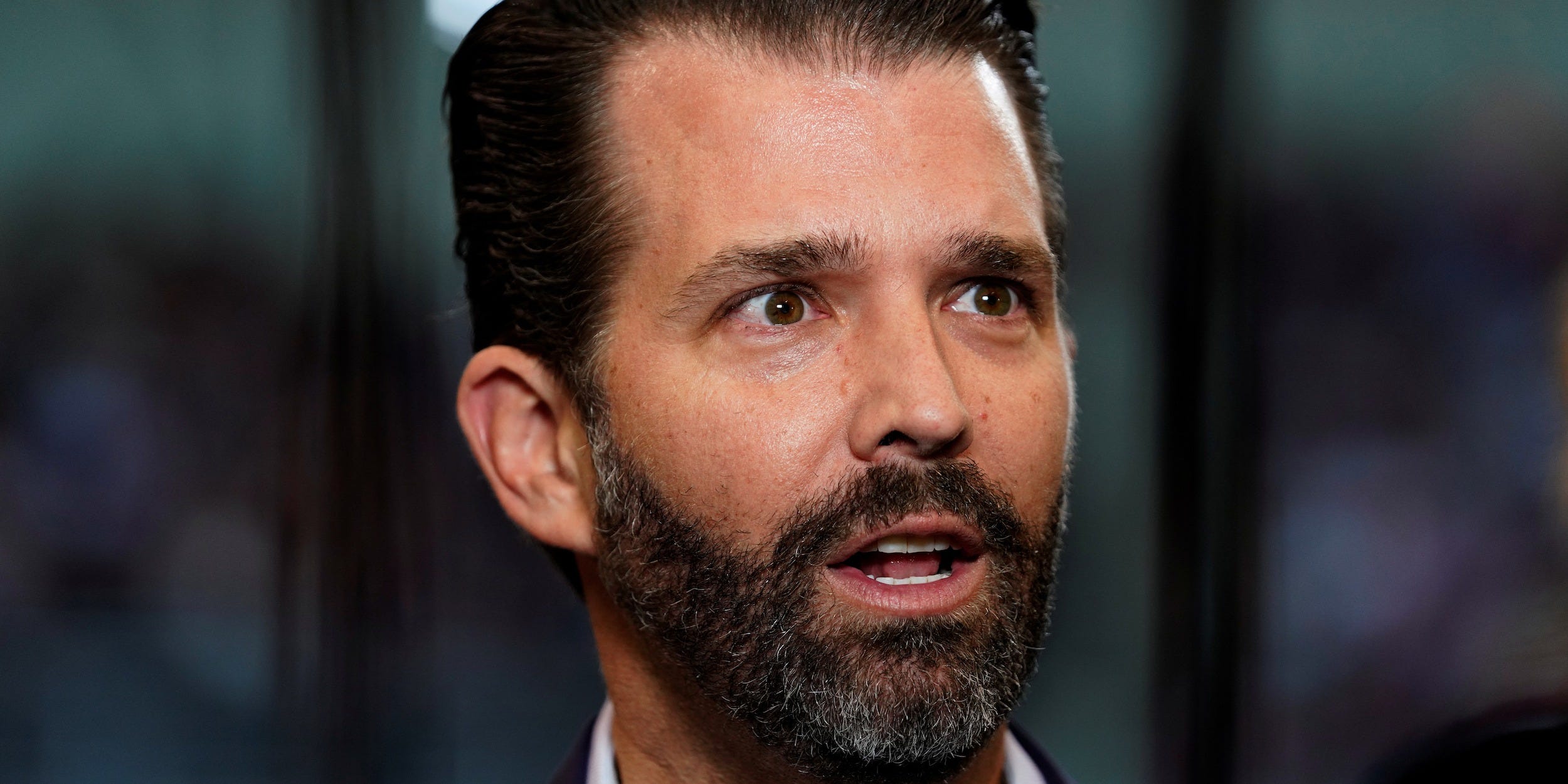 Hundreds of teenagers wrecked a mini-golf facility in Memphis. The Putt-Putt Fun Centre closed because of overcrowding. Furious that they didn’t get refunds, the kids vandalised it.

How to take a screenshot on Windows 10 computers.There are several different ways.