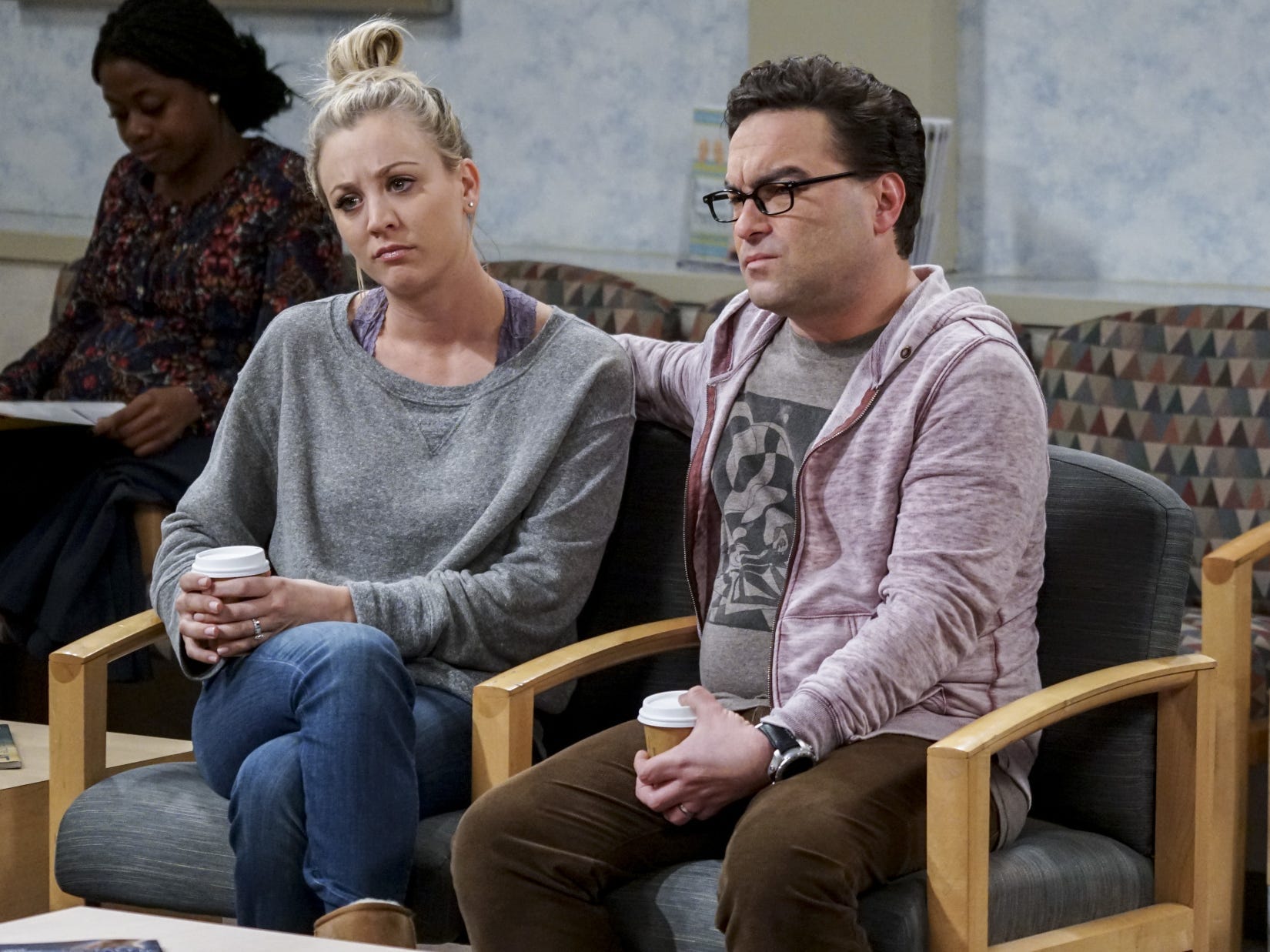 “The Big Bang Theory” stars Kaley Cuoco and Johnny Galecki dated early on in the show, before their characters got together and finally wed on the season-10 premiere.

Cuoco said on Monday’s episode of Dax Shepard’s “Armchair Expert” podcast that she thought that after the two broke up during season three, in late 2009, Chuck Lorre, the show’s creator and executive producer, purposefully wrote a bunch of steamy scenes between them.

“We got together and just fell mad for each other for about two years. But then we broke up,” Cuoco said. She added that she had a giant crush on Galecki when they filmed the pilot, though he had a girlfriend at the time.

“Luckily, Johnny and I came out of it so brilliantly,” Cuoco continued. “We’re closer today than we ever were. But I just remember Chuck Lorre, the genius behind our show â€” he’s the best. He’s loyal as ever too. He’s really special. But I remember when we broke up, you know, obviously it was a little sensitive for a minute. But I remember those weeks that Chuck had written these episodes where all of a sudden our characters were, like, sleeping together every other second.” Warner Bros. TV/CBSPenny and Leonard making out on the season-three premiere of ‘The Big Bang Theory.’ The two have sex offscreen at the episode’s end. It’s also implied that they have sex at the end of the following episode.

“Johnny and I would talk, and I’m like, ‘I think â€” no, but I think he did that on purpose.’ I still believe he might have, yeah, because he’s soâ€”” Cuoco said before Shepard interjected to ask whether she thought Lorre did that to get them back together or to mess with them.

“No, just to f— with us,” Cuoco responded. “It’s the latter, which makes me love him even more. But in fact, if I was with him, I would probably ask him, because that came out of nowhere.”

Cuoco told CBS’s Watch magazine in 2010 that she and Galecki secretly dated for almost two years, breaking up before the 2009 holidays and as season three of the show aired on CBS.

If you revisit the show â€” which is streaming on HBO Max â€” the season picks up when Leonard returns home from a three-month trip and Penny is harbouring some feelings for her neighbour. Warner Bros. TV/CBSLeonard and Penny questioned their relationship after leaving the friend zone and having sex on the season-three premiere.

Penny and Leonard started taking their friendship to the next level when they made out on the season premiere in September 2009. The show alluded to them having sex several times on the season (but never showed them doing much more than making out). They called it quits for the first time in an episode that aired in April 2010.

By the end of the season, in May 2010, Penny winds up sleeping with Leonard again after breaking up with a boyfriend.

“All of a sudden, these characters were, like up, all up in” each other, Cuoco said on the podcast episode. “But Johnny and I came out of it better than before.”

Cuoco said they celebrated their contract negotiations together. By season 10, the show’s stars were reportedly making $US1 million per episode. They took pay cuts of up to $US100,000 per episode for the final two seasons so their costars Mayim Bialik and Melissa Rauch could make about $US500,000 per episode by the series’ end. 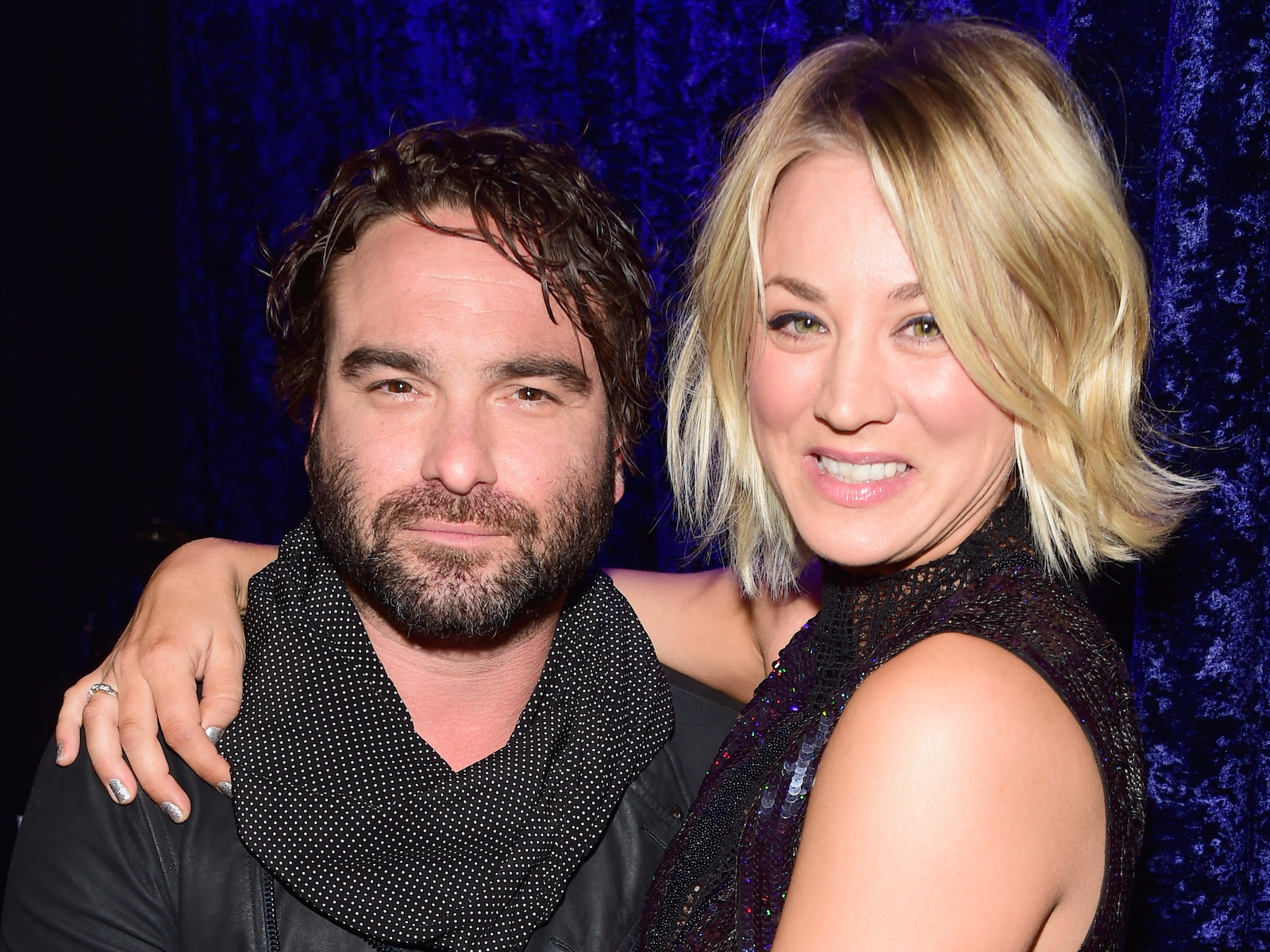 Frazer Harrison/Getty ImagesGalecki and Cuoco have remained good friends after breaking up.

Cuoco recalled celebrating contract negotiations over the years with Galecki. “We would cry, and we would have these long, late-night conversations where we would just be bawling because I knew and he knew in that moment this would never happen again, and it won’t,” she said.

Cuoco has been married to Karl Cook since 2018, while Galecki has a son with his girlfriend, Alaina Meyer, who he has been dating since 2018.

Cuoco will next star on the HBO Max original series “The Flight Attendant,” set to debut on November 26. She also voices Harley Quinn on the streaming service’s animated series of the same name.

You can listen to Cuoco discuss “The Big Bang Theory” 49 minutes into “Armchair Expert with Dax Shepard” here.