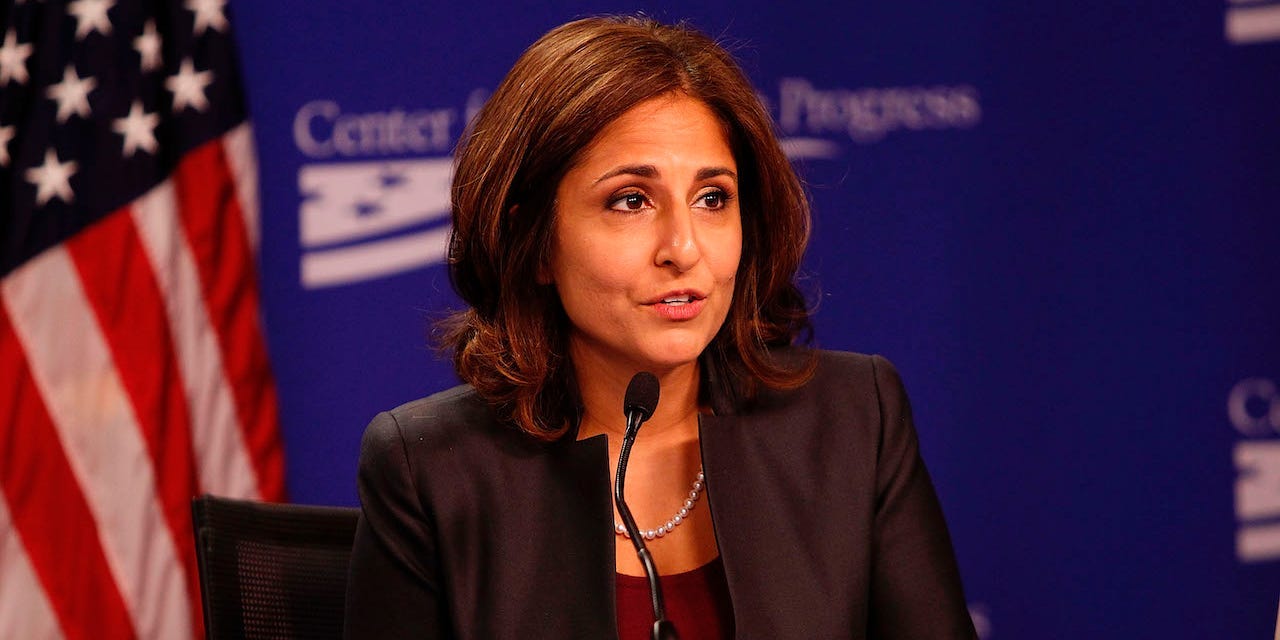 President-elect Joe Biden sparked backlash from some progressive Democrats and Republicans with his announcement that he’d nominate Neera Tanden, the head of the influential liberal think tank Centre for American Progress, to direct his Office of Management and Budget.

Tanden is a longtime advisor to Hillary Clinton. She played a key role in her 2008 and 2016 presidential campaigns and helped engineer the Affordable Care Act in the Obama administration. She would be the first woman of colour to run OMB, the agency responsible for drawing up and implementing the federal government’s annual spending plan â€” a particularly important position as the country faces a pandemic-provoked recession.

Controversial on the left and right

As a Clinton aide, Tanden was a particularly outspoken critic of Sen. Bernie Sanders during the 2016 presidential primary and has since tangled online with the democratic socialist’s supporters. Sanders-aligned progressives have for years been critical of Tanden’s centrist politics, including her opposition to single-payer healthcare, support for cuts to Social Security, and friendliness with Israel’s conservative leadership.

During the 2020 presidential primary, Sanders accused Tanden and the Centre for American Progress of “maligning my staff and supporters and belittling progressive ideas.”

At the Centre for American Progress, Tanden has come under scrutiny from some of her own colleagues over allegations that she censored employees who were critical of Israel while the organisation attempted to build a stronger bond between the Democratic Party and the right-wing Israeli government. Under Tanden, the think tank shut down its independent journalistic arm, Think Progress, last year following its unionization.

A former senior Centre for American Progress employee told Business Insider that he and other employees believed Tanden used the influential organisation as “an engine for her ambition,” sometimes at her colleagues’ expense.

Some Sanders-aligned progressives consider Biden’s decision to tap Tanden for such an influential White House job a slap in the face.

Sanders has not made any public statement on Biden’s decision.


Read more:
Joe Biden is hiring about 4,000 political staffers to work in the White House and federal agencies. Here’s how you can boost your chances getting a job in the new administration, according to 3 experts.

A Biden transition official defended Tanden’s “policy chops” and said her lived experience relying on government social programs as a child made her well-suited to a job that helps determine funding for the safety net.

“The fact that Neera not only has the policy experience and expertise but also has the background to relate to all of those needs makes her an incredibly compelling choice to lead the office,” the official told Business Insider.

“After my parents were divorced when I was young, my mother relied on public food and housing programs to get by. Now, I’m being nominated to help ensure those programs are secure, and ensure families like mine can live with dignity,” she wrote. “I am beyond honoured.”

Some Republicans condemned Tanden’s likely nomination, saying she’d never be confirmed by a GOP-controlled Senate. (If Democrats fail to win both Senate runoff races in Georgia in January, Republicans will maintain their majority in the chamber and have the power to reject Biden’s nominees).

Drew Brandewie, the communications director for Republican Sen. John Cornyn of Texas, tweeted on Sunday that Tanden “stands zero chance of being confirmed” because of critical comments she’s made about Republican lawmakers in recent years.

Cornyn followed up on that statement Monday, saying Tanden is Biden’s “worst nominee so far.”

“I think, in light of her combative and insulting comments about many members of the Senate, mainly on our side of the aisle, that it creates certainly a problematic path,” he toldThe Washington Post. 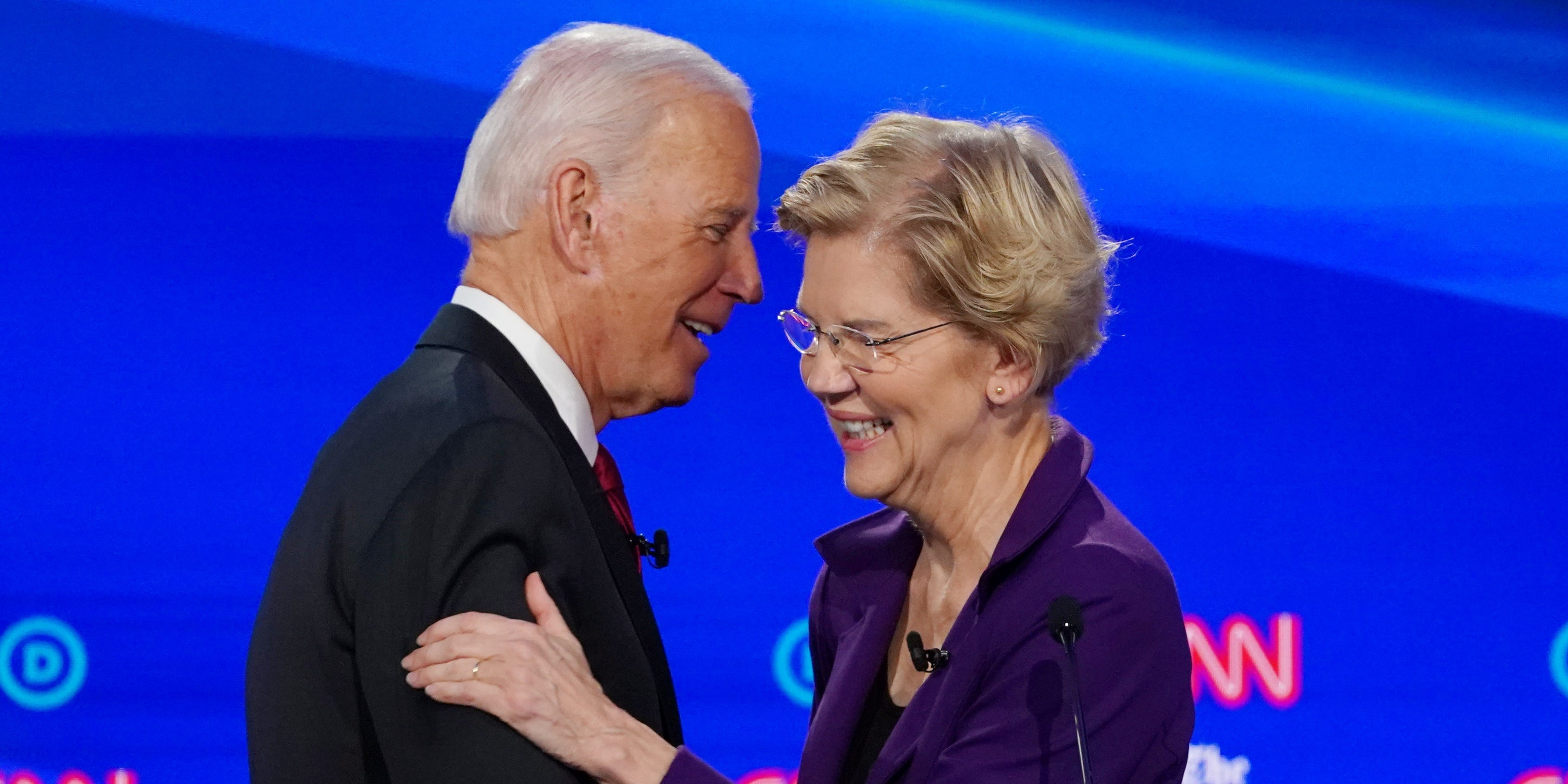 A boost of support from influential Democrats

Stacey Abrams, a former Georgia gubernatorial candidate and a rising star in the Democratic Party, praised Tanden’s selection,tweeting that she was “very proud.” And Sen. Jon Tester of Montana, a moderate Democrat, said he “absolutely” supported Tanden’s nomination.

And some other Sanders-aligned progressives expressed relief that Biden went with Tanden over other candidates, including Biden’s former chief of staff Bruce Reed, who championed deficit-reduction efforts during the Obama administration. Notably, Tanden rejected the Obama White House’s attempts to reach a deficit-reduction deal with Republicans in 2013, arguing that the government should be focused on growing the economy.

“Neera Tanden is not a pick progressives would have chosen, but she’s better than Bruce Reed,” Alexandra Rojas, the executive director of the progressive group Justice Democrats, told Business Insider. “Tanden’s on the record over the past several years pushing back against nonsensical worries about the deficit. Reed has been more of an ideological deficit hawk throughout his career.”

Sean McElwee, a Democratic pollster and cofounder of the think tank Data for Progress, told Business Insider that progressives “were able to stop some bad potential nominees and Tanden is someone will listen to progressives on issues like climate, family leave and jobs.”

But progressives also know Tanden isn’t a sure bet for Biden. The former senior Centre for American Progress employee said progressive activists likely also believed there was a chance Tanden wouldn’t be confirmed and didn’t want to spend their political capital opposing a doomed nomination.

“People definitely understand that progressives might not have to expend a lot of powder on Neera Tanden because Republicans are already out there saying what they’re saying,” he said.