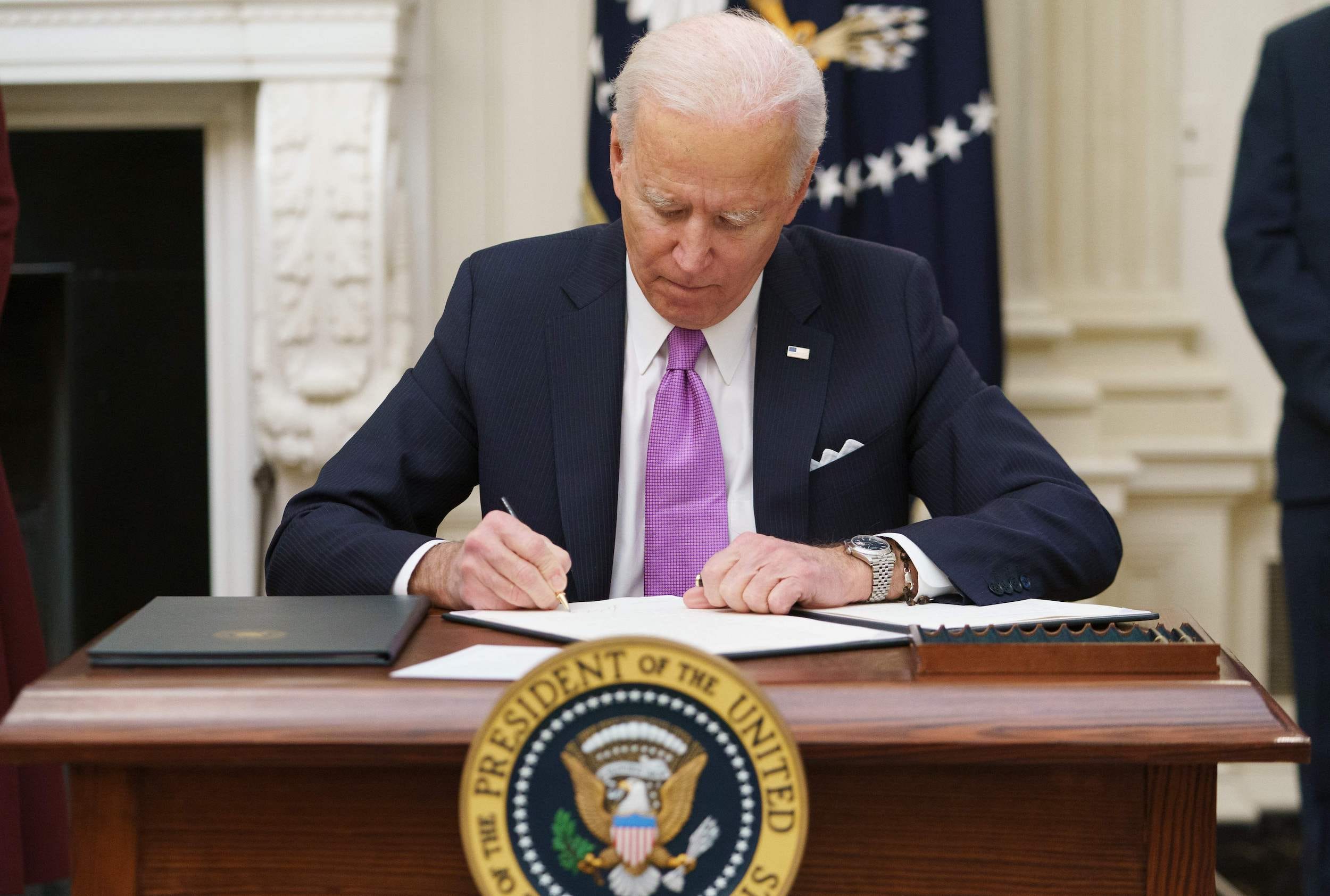 Mandel Ngan/AFP via Getty ImagesPresident Joe Biden signs executive orders as part of the Covid-19 response at the White House.

The White House on Sunday announced that President Joe Biden has relaunched the White House Office of Faith-Based and Neighbourhood Partnerships.

“As our country grapples with a global pandemic, a severe economic downturn, the scourge of systemic racism, an escalating climate crisis and profound polarization, President Biden knows that civil society partnerships are essential to meeting such challenges,” the statement read.

The office will been modelled as a way for the White House to coordinate federal legislative policy with religious and community-based organisations, especially as Biden seeks to strengthen outreach to historically marginalised communities throughout the United States.

The announcement said that the office’s initial priorities would include outreach regarding the COVID-19 pandemic, economic recovery, and tackling systemic racism.

“There are not Democrats or Republicans dying from this pandemic, or losing their jobs, going hungry and facing eviction in this economic crisis, or facing the sting of systemic racism or the brunt of the climate crisis,” Biden said in the announcement. “They are fellow human beings. They are fellow Americans.”

He added: “This is not a nation that can, or will, simply stand by and watch the suffering around us. That is not who we are. That is not what faith calls us to be.”

Meet the little-known power player with the ‘hardest job’ on Capitol Hill.

The office was first established in 2001 as the White House Office of Faith-Based and Community Initiatives by former President George W. Bush as part of his pledge of “compassionate conservatism.”

Former President Barack Obama renamed the office as the White House Office of Faith-Based and Neighbourhood Partnerships and sought to strengthen its reach during his tenure in office from 2009 to 2017.

In a break from his predecessors, former President Donald Trump chose not to appoint a director and instead started the Centre for Faith and Opportunity Initiatives.

Melissa Rogers, who led the office from 2013 to 2017 during the Obama administration, will come back as its executive director, and White House senior advisor for Public Engagement Josh Dickson will serve as deputy director.

Trey Baker, also a White House senior adviser for public engagement, has been tapped as the office’s liaison to Black communities.