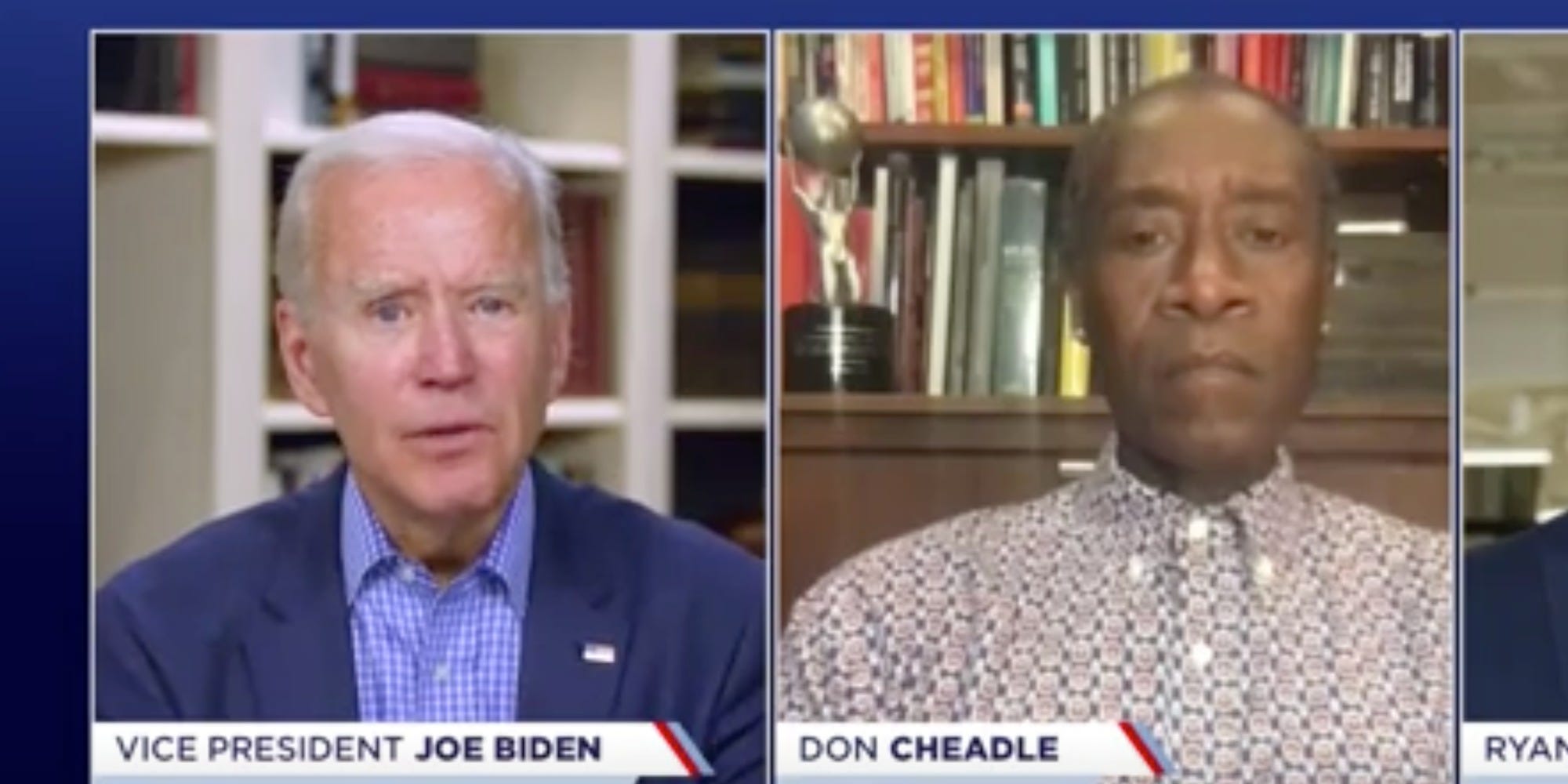 In an interview on the widespread anti-racism protests sweeping America, the Democratic presidential contender Joe Biden said that despite 10% to 15% of Americans being “not very good people,” the country would overcome its divisions.

Biden made the remark in an online town-hall event Thursday night, moderated by the actor Don Cheadle, in which he spoke of the need to unite the country. Ryan Wilson, the CEO of The Gathering Spot, a cultural private-membership group, was also present in the discussion.

“Do we really think that this is as good as we can be as a nation? I don’t think the vast majority of people think that. There are probably anywhere from 10 to 15% of the people out there that are just not very good people,” Biden said.

“But that’s not who we are. The vast majority of people are decent. We have to appeal to that and we have to unite people.”

Some critics pointed out that those remarks echoed the 2016 presidential candidate Hillary Clinton’s “basket of deplorables” comment four years ago.

Clinton made those remarks during the 2016 presidential campaign, in which she referred to “half” of her rival Donald Trump’s supporters as a “basket of deplorables,” referring to people like white supremacists. (She walked back her statement hours later.)

The remarks were spun by critics as an elitist attack on grassroots conservatives and created a negative news cycle for her campaign.

Others have praised Biden for seeking to address racism in the US, and how it can be tackled, in the hour-long conversation.

I would encourage people to watch the entire hour-plus long conversation with @JoeBiden from tonight before jumping on the 10-15% thing out of context. It was a thoughtful conversation that touched on a lot.

He also accused Trump of seeking to divide US society.

“Look, if elected, my view is that you will have address these issues straight on,” Biden said. “And the words the president says matter. So when a president stands up and divides people all the time, you’re going to get the worst of us to come, the worst in us to come out.”

Former military leaders, including Defence Secretary Jim Mattis, have also excoriated Trump over his response to the protests.