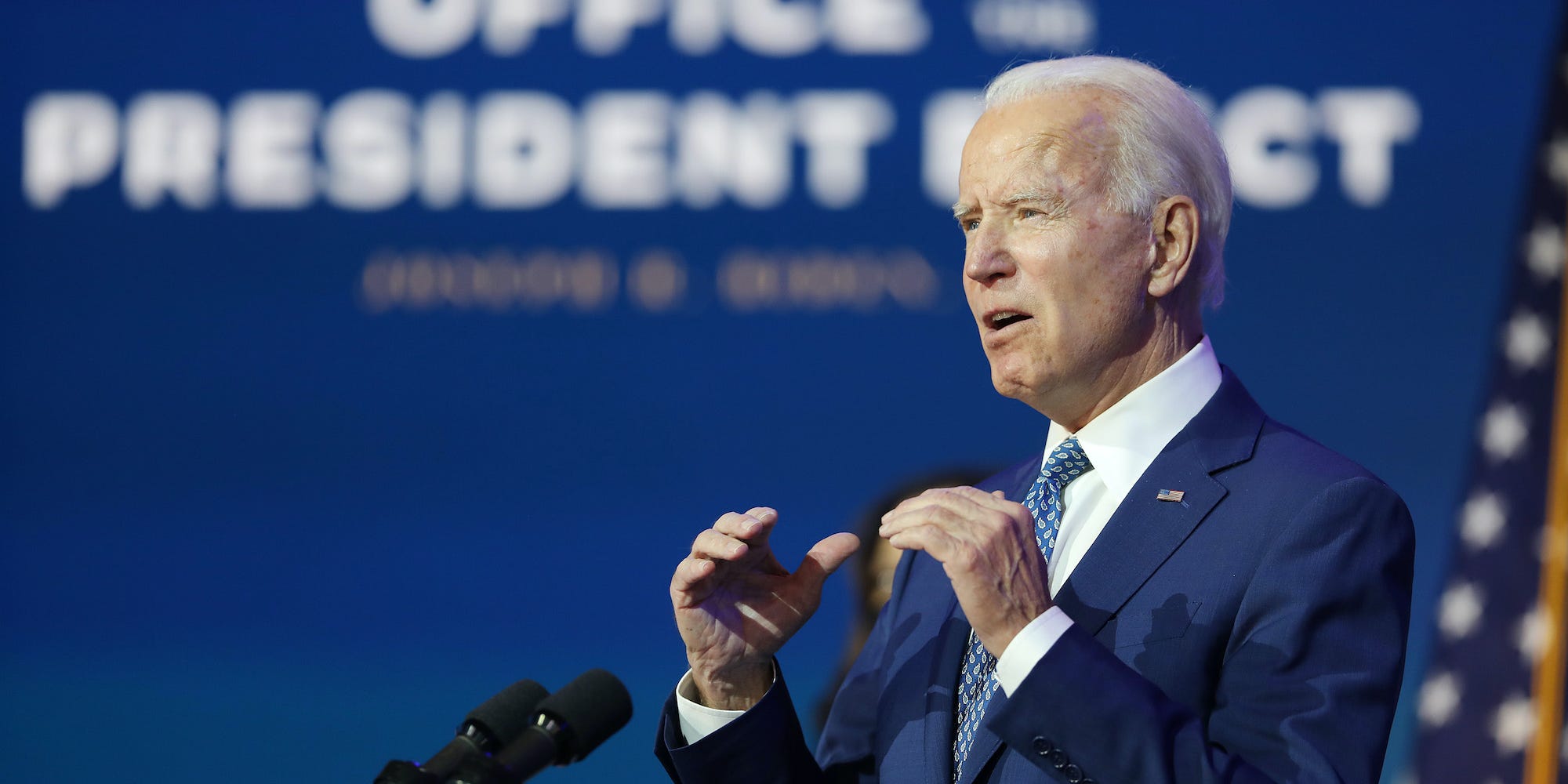 Joe Raedle/Getty Images‘Too many of our fellow Americans have suffered for too long over the past year to delay this urgent work,’ Biden said in a statement on Wednesday.

President-elect Joe Biden urged the Senate to work on other issues in the country as they move ahead with President Donald Trump’s impeachment proceedings in a statement on Wednesday.

“I hope that the Senate leadership will find a way to deal with their Constitutional responsibilities on impeachment while also working on the other urgent business of this nation,” Biden wrote.

Earlier on Wednesday, the House of Representatives impeached Trump for “incitement of insurrection.” The charge is for his role in inciting an attempted coup at the US Capitol last week that resulted in five people’s deaths.

The Senate will now hold a trial on whether or not to convict and remove Trump from office. This is the second time Trump is impeached. He was previously impeached over charges of abuse of power and obstruction of Congress during the Ukraine scandal.

Trump supporters breached the US Capitol and clashed with law enforcement on January 6 as Congress was debating challenges to electoral votes ahead of certifying Biden’s election.

At a “Save America” rally shortly before Congress began certifying the electoral vote, Trump told a crowd of supporters to march the Capitol.

“You’ll never take back our country with weakness,” he told his supporters. “You have to show strength, and you have to be strong.”

Trump used his “Save America” rally to repeat baseless statements of voter fraud and claims of a “stolen” election.

Trump and Republican allies failed to win any of the several dozen lawsuits they waged in courts attempting to overturn election results.

He then falsely claimed that Congress and Vice President Mike Pence could “decertify” the election results and give him another term.

Pence presided over the certification of the votes but has no power to alter the outcome.

In his statement, Biden said those responsible for the armed insurrection “must be held accountable,” but also reminded Congress that the US was still facing a pandemic and a reeling economy.

According to the COVID-19 Tracking Project, more than 4,000 coronavirus-related deaths were recorded on Wednesday, and more than 219,000 new cases. Three members of Congress also tested positive for the virus following the insurrection last week.

“From confirmations of key posts such as Secretaries of Homeland Security, State, Defence, Treasury, and Director of National Intelligence, to getting our vaccine program on track, and to getting our economy going again,” Biden said. “Too many of our fellow Americans have suffered for too long over the past year to delay this urgent work.”