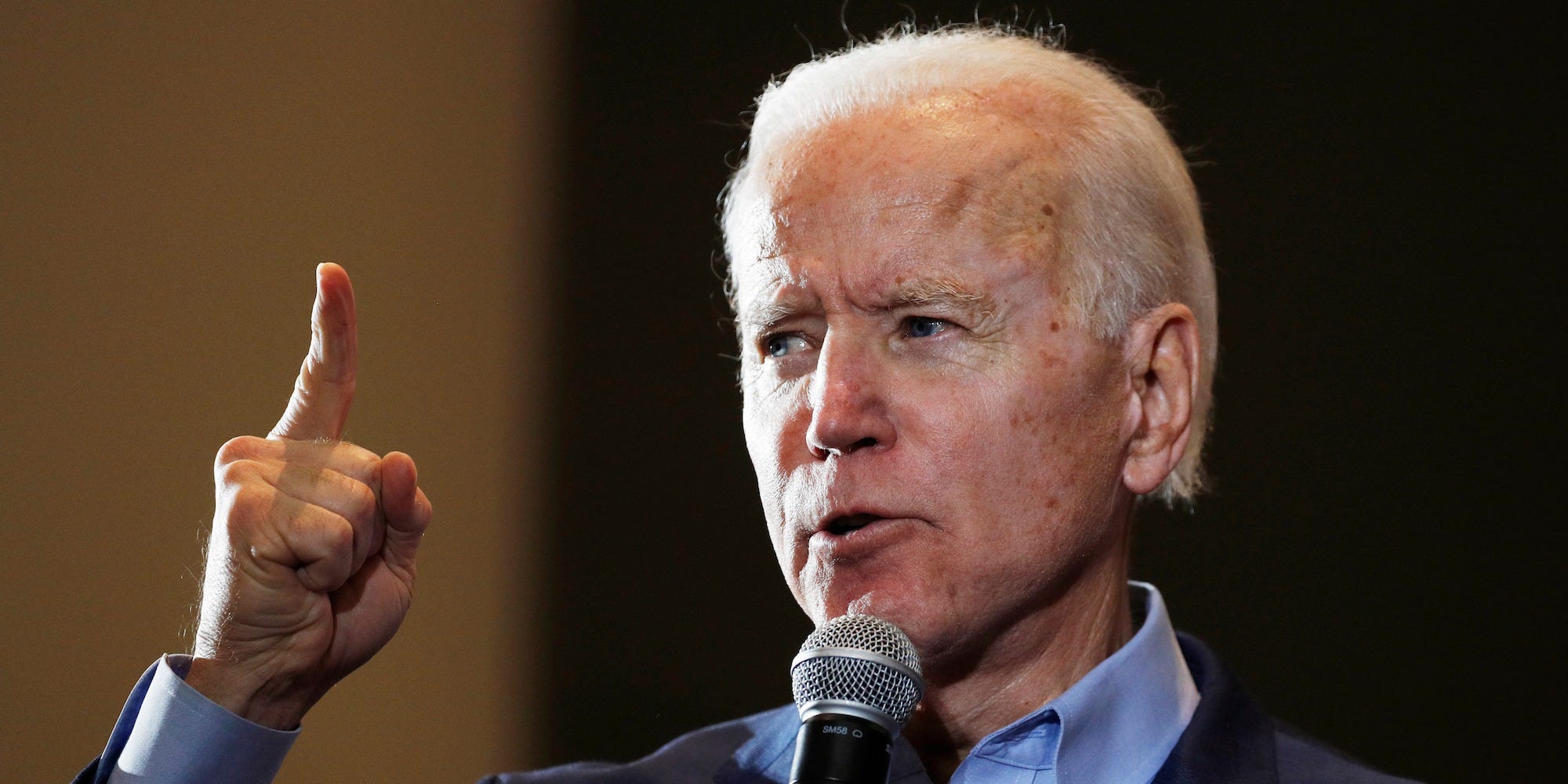 Joe Biden accused President Trump of caring about share prices more than people during a speech in Pennsylvania on Thursday, and pledged to help middle-class Americans instead of rich investors if he’s elected in November.

“Throughout this crisis, Donald Trump has been almost singularly focused on the stock market, the Dow and NASDAQ, not you, not your families,” the former vice president and Democratic presidential candidate said, according to a Rev transcript.

GOLDMAN SACHS: Wall Street is bracing for a historically wild stock market as the presidential election nears. Here’s a surprising yet simple strategy for protecting your portfolio – regardless of outcome.

Trump has tweeted more than 100 times about the stock market while in office, a Business Insider analysis found.

“Stock Market up 5 months in a row!” the president tweeted in September 2017.

During his speech, Biden promised to help the almost 50% of Americans who don’t own equities if he wins the presidency.

“I’ll be laser-focused on working families, the middle-class families I came from here in Scranton, not the wealthy investor class,” he said.

“They don’t need me, but working families do.”

Biden also highlighted the “growing gap between the very wealthy and everyone else,” and argued the current system rewards wealth more than work.

He pledged to reverse Trump’s corporate income tax cut if elected, raising the rate from 21% back to 28% and using the extra tax revenue to invest in economic growth.

“It’s way past time we put an end to the era of shareholder capitalism,” he said, adding that it’s an “absolute farce” that corporations’ only responsibility is to their shareholders.


Ed Hyman was named Wall Street’s best economist 39 times and called the tech bubble. He outlines 3 market drivers that are aligning for investors looking to capitalise on coronavirus chaos.

The Business Roundtable – an association representing the chief executives of America’s largest companies – redefined the purpose of a corporation last November to include commitments to customers, employees, suppliers, and communities as well as shareholders.