Biden promises 3rd round of stimulus checks, but says the specific amount would be 'a negotiating issue' 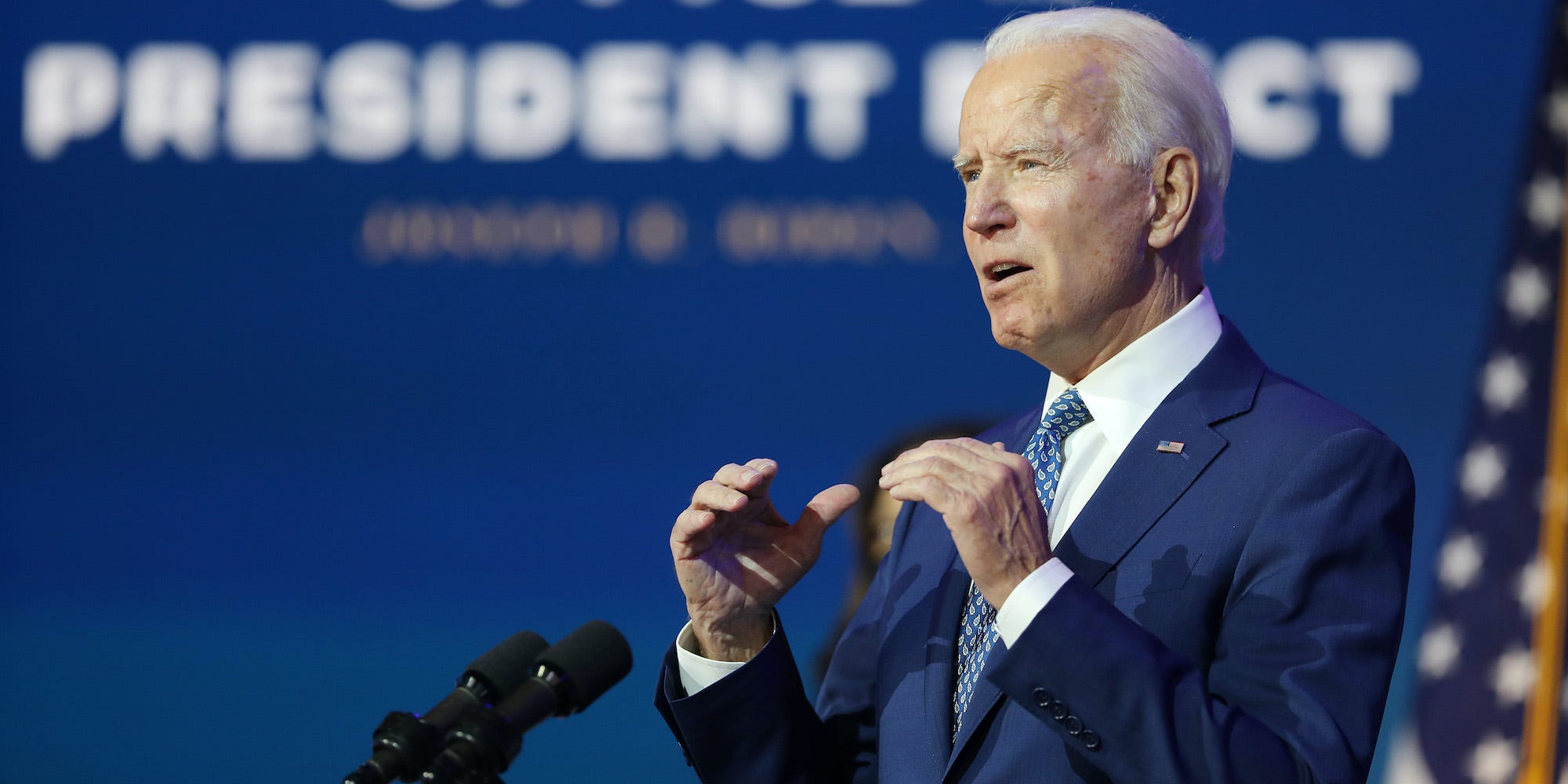 Joe Raedle/Getty ImagesU.S. President-elect Joe Biden speaks to the media after receiving a briefing from the transition COVID-19 advisory board on November 09, 2020 at the Queen Theatre in Wilmington, Delaware. Mr. Biden spoke about how his administration would respond to the coronavirus pandemic.

President-elect Joe Biden told reporters Tuesday that a third round of stimulus checks will be part of the next pandemic relief bill he’ll urge Congress to pass after taking office in January.

When asked if his plan will include direct payments and for how much, Biden said checks will be part of the package, but declined to stick to a hard number.

“Yes. Look, that’s a negotiating issue,” Biden said. “But it will, yes it will.”

President-Elect Biden says at a press conference that he is planning for another round of stimulus checks and he expects more cooperation from Congress once Trump is out of the way. pic.twitter.com/i37XgM8WlQ

Biden also acknowledged one of his former opponents in the Democratic presidential primary.

“By the way, I think we owe Bernie Sanders and his Republican colleagues thanks for getting not all of the stimulus â€” $US1,200 â€” but getting $US600 done,” he said, alluding to Sanders’ collaboration with Republican Sen. Josh Hawley of Missouri.

The president-elect went on to emphasise his belief that direct payments enjoy broad popularity among the American public, particularly since the spring.

“I think you’re seeing that there’s a clear understanding that these issues go beyond any ideology.”

However, Biden tamped down on expectations about how far Congress might go with a new round of stimulus once he takes office on January 20.

“Have you ever known anyone in the history of the United States of America that could be president and sure of what the Congress is going to do?” he asked.

Another major component of Biden’s plan would be extending federal unemployment assistance. He described the most recent extension of $US300 per week for 11 weeks “simply not sufficient” beyond the holiday season, given the fragility of the job market.

“People are desperately hurting,” Biden said. “And the Republicans are hurting as badly as Democrats.”