Trump claims a Joe Biden presidency would cause stock gains to 'disintegrate and disappear,' but JPMorgan says it could actually boost the market 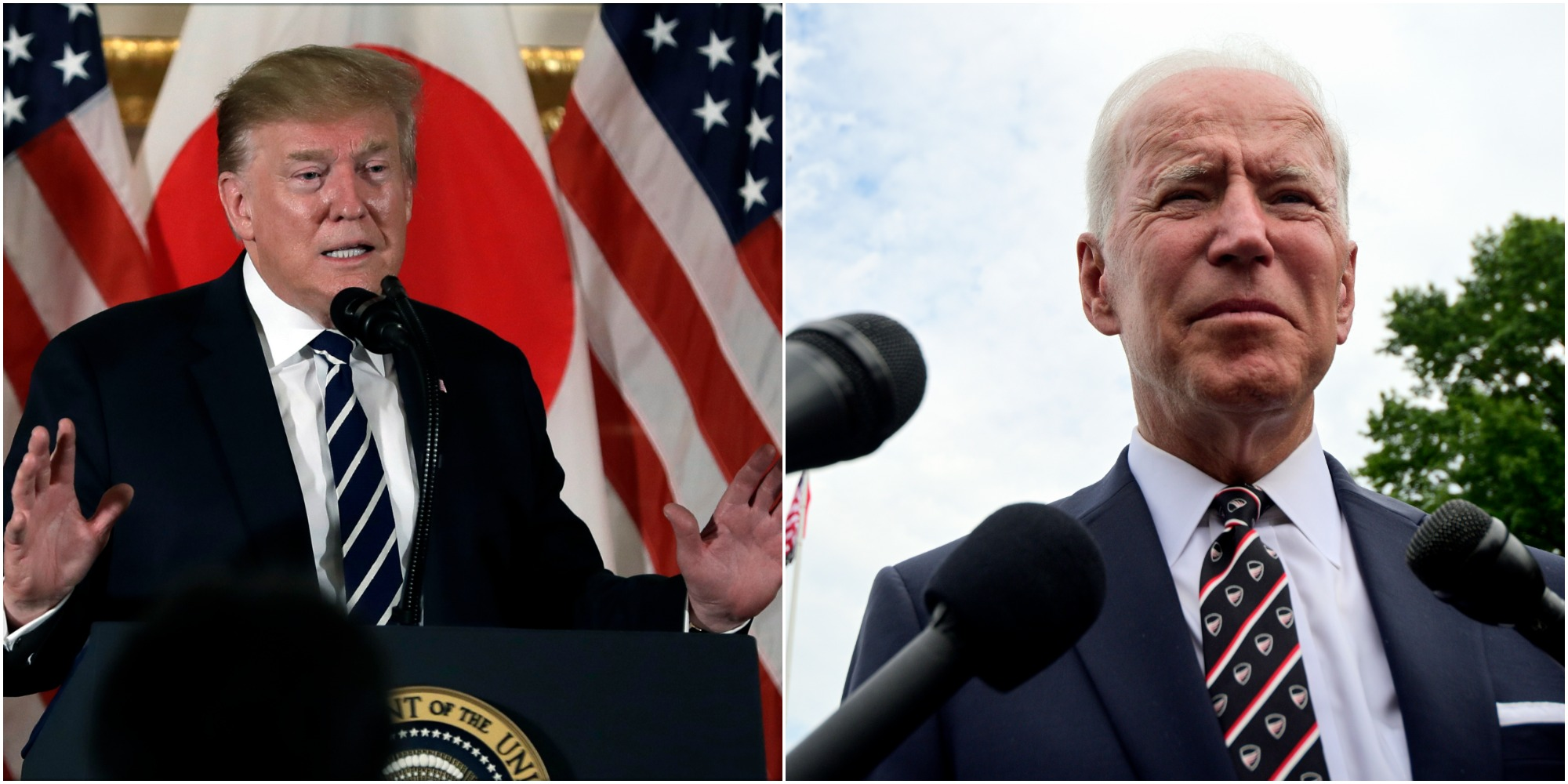 Might a Joe Biden presidency send the stock market into a nosedive and end months of steady gains? President Donald Trump appears to think so.

On Monday, Trump tweeted that if Biden wins the presidential election in November, stocks and 401ks would “disintegrate and disappear.”

If you want your 401k’s and Stocks, which are getting close to an all time high (NASDAQ is already there), to disintegrate and disappear, vote for the Radical Left Do Nothing Democrats and Corrupt Joe Biden. Massive Tax Hikes – They will make you very poor, FAST!

The president claimed that Biden would usher in “massive tax hikes” that would make people “very poor, FAST!”

It’s certainly not the first time Trump lobbed bombastic rhetoric at Biden over the presumptive Democratic nominee’s possible effects on a rising stock market. The president took the same approach on Thursday at a White House press conference.

Yet JPMorgan said in a note to clients on Monday that a Biden White House could be a boon to the market. The firm’s analysts say it’s not likely that the former vice president’s economic strategy would cause the stock market to tank.

The bank’s equity-strategy team said a Biden administration would be a “neutral to slight positive” for equities, and added that “a more diplomatic approach to domestic/foreign policy will likely result in lower equity volatility and risk premia.”

With the economy still battered by the coronavirus pandemic, the investment bank projected that policies to speed up the recovery would likely anchor the first half of a Biden term.

“Given the current economic weakness, business recovery and job growth are likely to be prioritised over policies that could dampen economic growth and perhaps even jeopardize the desired 2022 midterm election outcome,” JP Morgan analysts said.

Several planks of Biden’s economic platform so far include hiking the corporate tax rate from 21% to 28%, a partial rollback of Trump’s tax cuts passed in 2017. He also supports raising the federal minimum wage to $US15, a move that JP Morgan said.

In May, Biden said in a CNBC interview he wouldn’t raise taxes for people earning under $US400,000 a year, and added tax increases would be implemented for the wealthier portion of the public.


Read more:
Bank of America identifies 3 indicators that could make or break the stock market this summer – and warns they’re all deteriorating fast