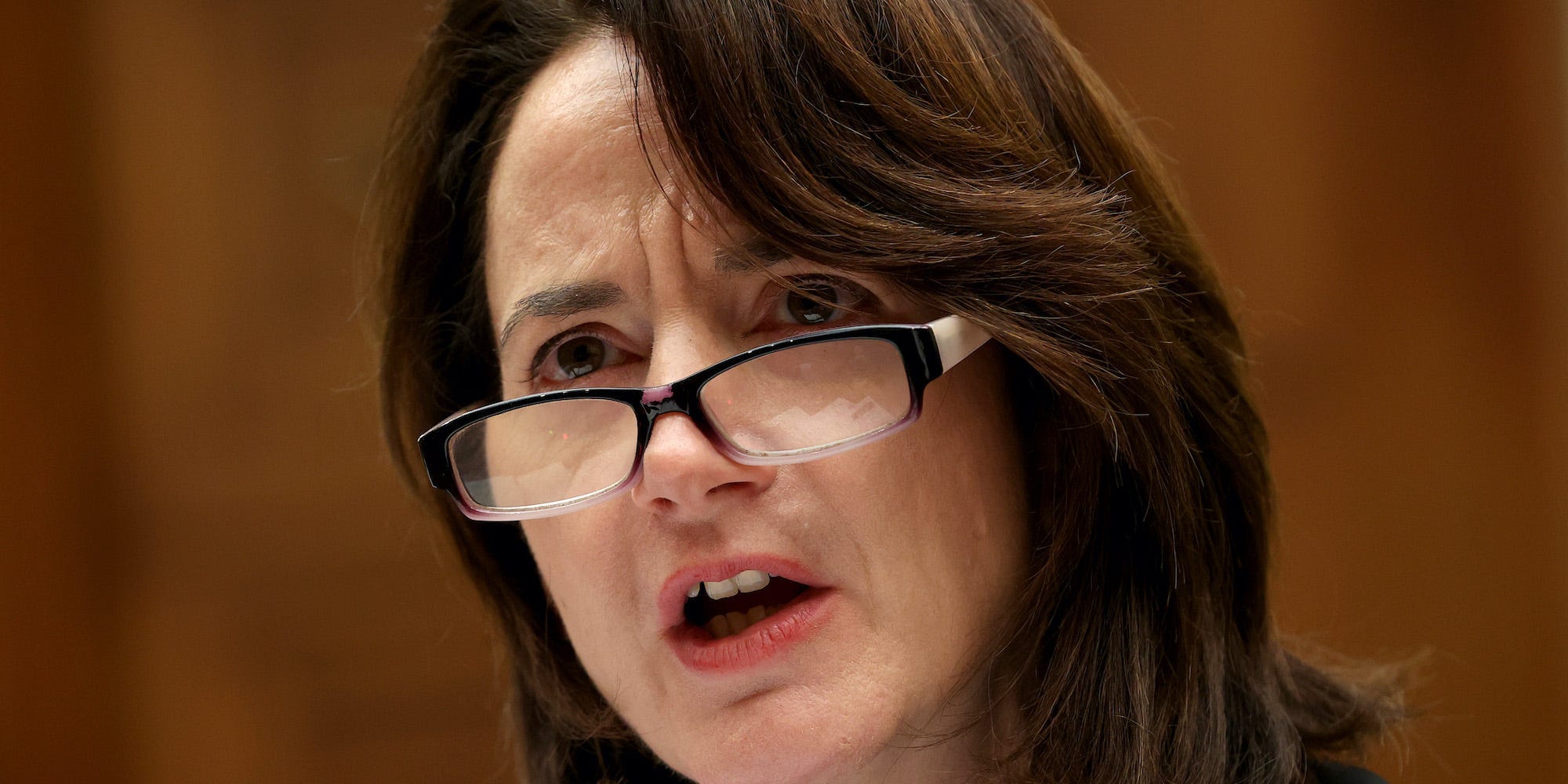 Win McNamee/Getty ImagesAvril Haines was deputy director of the Central Intelligence Agency during the Obama administration.

President-elect Joe Biden has received applause across the political spectrum over his picks for top foreign policy and national security roles in his incoming administration. But human rights groups and progressives have expressed concern about his choice for director of national intelligence (DNI), Avril Haines.

Haines, a former deputy CIA director who would be the first woman to serve as the top US spy chief if confirmed, played a central role in crafting the legal framework surrounding the Obama administration’s controversial, secretive drone war.

As a widely-cited 2013 Newsweek profile put it: “Haines was sometimes summoned in the middle of the night to weigh in on whether a suspected terrorist could be lawfully incinerated by a drone strike.”

“My concerns about her are more my concerns about the Obama administration,” Andrea J. Prasow, the deputy Washington director of Human Rights Watch, told the New York Times. “With these cabinet picks, we are returning to the previous administration instead of making bold and forward-leaning picks.”

But Prasow also praised Haines’ collegiality, saying she is “one of the nicest people I have ever met, and probably the nicest person I’ve ever met who worked for the US government.”

Drones were in many ways the centrepiece of former President Barack Obama’s approach to counterterrorism. Obama entered the White House at a time when Americans wanted to reduce boots on the ground in foreign wars, but still viewed terrorism as a major threat that needed to be addressed. Weaponised unmanned aerial vehicles (UAVs), or armed drones, offered an ostensible solution.

Though the use of drones in the war on terror began under former President George W. Bush, the practice increased dramatically under Obama.

As Insider recently reported, there were a total of 563 strikes, primarily by drones, conducted in Pakistan, Somalia and Yemen during Obama’s two terms, according to the Bureau of Investigative Journalism, killing between 384 and 807 civilians. There were 10 times more covert air strikes as part of the war on terror under Obama than Bush, according to the Bureau, which has tracked US drone strikes for years.

Some progressives and critics have accused Haines of complicity in the CIA’s use of torture or “enhanced interrogation techniques” after 9/11. She recommended Gina Haspel for CIA director, though Haspel has been implicated in the agency’s use of torture. Haines is also remembered for redacting the Senate Intelligence Committee’s report on the use of torture, and for approving a panel that ultimately decided not to reprimand CIA personnel who spied on the committee’s investigators.

“The Democratic Party has prided itself on generally standing in opposition to torture, yet Haines sought to minimise public access to the Torture Report, overruled the CIA’s Inspector General by choosing not to discipline the CIA personnel who hacked the Senate’s torture investigators, and even advocated for Gina Haspel â€” who oversaw torture â€” to be CIA director under Trump, during the middle of a contentious confirmation battle,” David Segal, executive director at Demand Progress, told Insider.

“This record is incredibly concerning and must be reckoned with during the confirmation process,” Segal added.

Daniel J. Jones, who spearheaded the Senate Intelligence Committee’s inquiry into the CIA’s use of torture, on Monday expressed disapproval of Biden tapping Haines to be DNI.

“Today, in @just_security, I urged the Biden Administration to reject personnel complicit in torture, as well as those who frustrated accountability for the torture program. Hours later, Biden announced Avril Haines as his choice for Director of National Intelligence (DNI),” Jones tweeted on Monday after the Biden transition team released a list of his picks for top roles.

“In any confirmation, the Senate should review Haines’ decision to hold no CIA personnel accountable for the CIA’s efforts to thwart and undermine the Senate’s research, writing, and publication of the 2014 Senate ‘Torture Report,'” Jones added.

Emma Vigeland, a co-host at the progressive-leaning political talk show the Majority Report, tweeted that Haines is Biden’s “most problematic pick yet.”

“The others range from good to establishment-neutral. Haines crafted Obama’s drone program. She protected torturers,” Vigeland went on to say. “She backed Gina Haspel, as well as the CIA officers who interfered in the Senate’s torture investigation.”

An official on Biden’s transition team defended Haines’ record in comments to Insider, stating, “Avril has been a consistent voice of moral clarity, including strongly opposing the Bush administration’s interrogation practices. She believes they must never be reconstituted in any form and under any circumstances.”

The official also said Haines is a proponent of greater transparency in national security, adding that is why she “sought to ensure there were only minimal redactions to the Senate’s public report, which ultimately was the case.”

It makes no difference to Haines whether torture is effective or not, the official went on to say, because she views it as “immoral” and a practice that must be “rejected or it will undermine the very fabric of our culture and the respect we hold for each other.”

On the subject of drones, the official said Haines’ was the “driving force” behind establishing a “rigorous legal and policy framework” that greatly limited the circumstances under which “such an extraordinary measure would be deemed acceptable.”

The standards Haines pushed for “reined in America’s drone operations and spared civilian life,” according to the official, who cited her involvement in a 2016 executive order from Obama designed to protect civilians and increase transparency surrounding drone strikes. The Trump administration largely abandoned these changes.