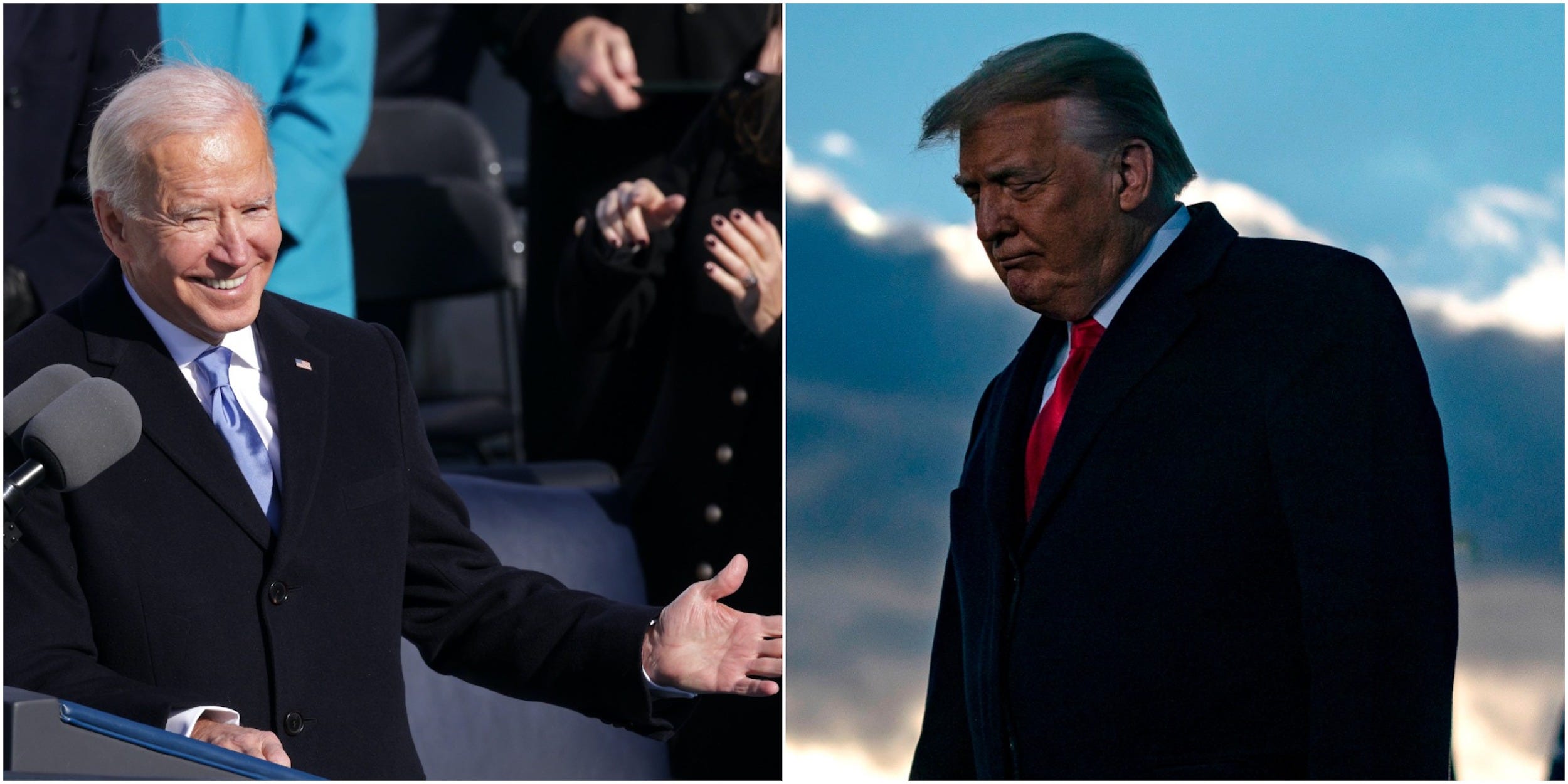 Biden’s ceremony drew 39.87 million people across the major networks and cable channels, about a 4% increase from what Trump got in 2017, according to Nielsen.

Trump, notoriously obsessed with ratings, was unable to tweet about the news on Thursday following his permanent suspension from the social network.

Here’s how the inauguration ratings sorted out among the biggest channels:


Read more: Joe Biden is hiring about 4,000 political staffers to work in his administration. Here’s how 3 experts say you can boost your chances of getting one of those jobs.

Both MSNBC and CNN got significant boosts compared to 2017, according to The New York Times. Their ratings quadrupled and tripled, respectively, according to Times media reporter Michael Grynbaum.

Fox News, meanwhile, saw its viewership fall by 77%, according to Variety.

The drop is from a record-setting 10.5 million viewers from Fox News’s 2017 inauguration coverage. MSNBC and CNN drew an average of only 1.38 million and 2.61 million that year, respectively.

This next-day batch of ratings from Nielsen is more limited in scope than what the final ratings will be pegged at. Nielsen lists these numbers as preliminary, as more sources will be accounted for in their count on Monday.

Nielsen did not return Insider’s request for additional data.