Biden's foreign policy will be 'day and night' from Trump's but he faces massive challenges, veteran diplomats warn 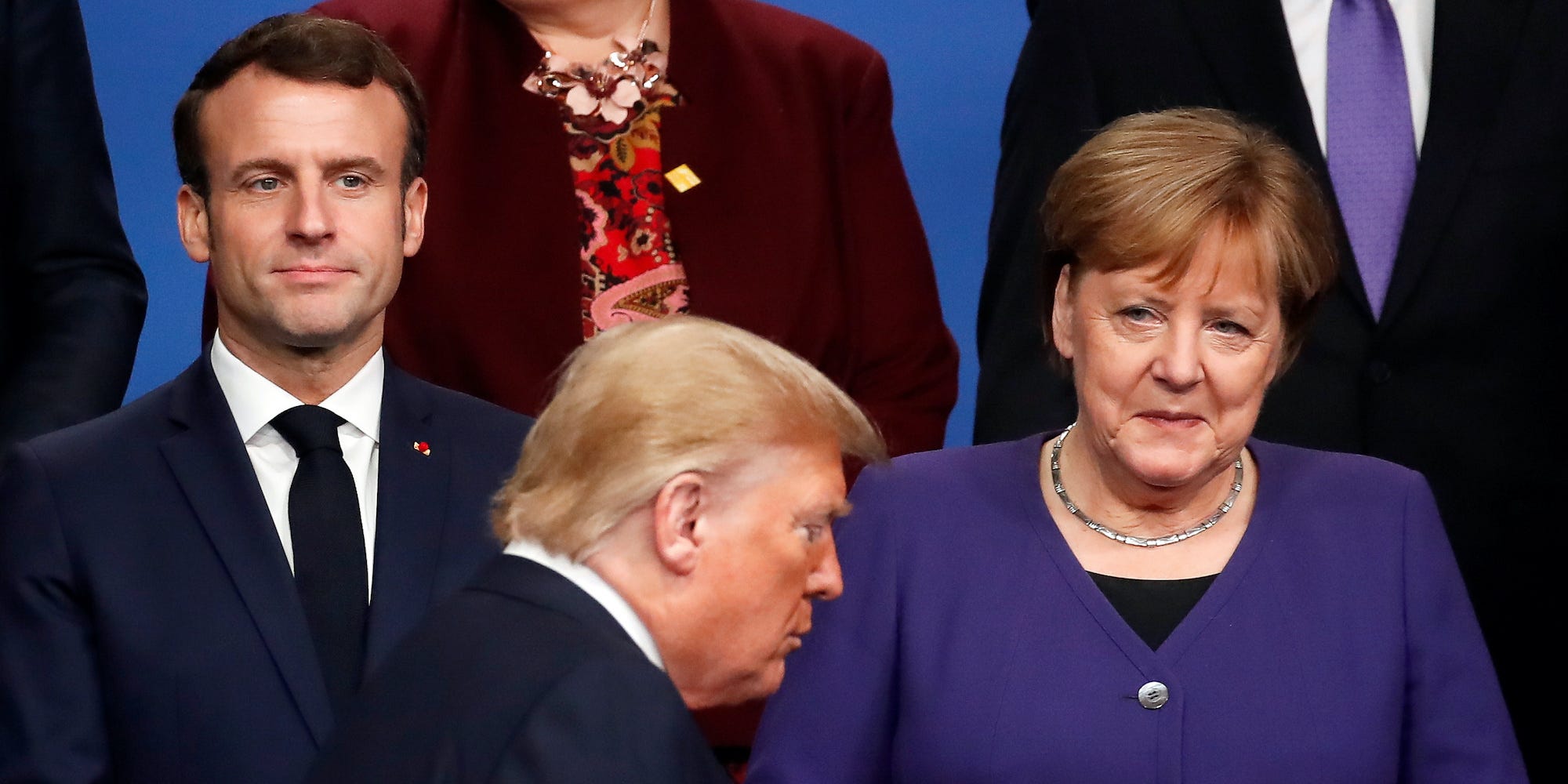 Throughout his tumultuous term in office, President Donald Trump’s way of dealing with global crises has often been to tweet first and ask questions later. His “America First” policy has largely isolated the US from the world stage while opening the door for adversaries like China and Russia.

Trump’s former national security advisor, H.R. McMaster, told CNN on Tuesday that US allies the president has been “insulting” are breathing a “sigh of relief” over the changes to come under Biden. But McMaster underscored that there is still “a lot of work to do” to overcome an array of “dire challenges.”

In terms of “process and substance” the difference between Trump and Biden will be “day and night, black and white,” Aaron David Miller, a veteran diplomat who is now a senior fellow at the Carnegie Endowment for International Peace, told Insider.

“There will be message control and discipline. You’re not going to have daily, sometimes hourly tweets on sensitive foreign policy matters,” Miller said, adding that Americans can expect pragmatism to outweigh ideology in the decision-making process, marking a major departure from Secretary of State Mike Pompeo’s approach.

But Miller cautioned that “competency and experience” in Washington has not always translated into positive results for the US outside its borders.

The ball is in China’s court

In addition to contending with major crises at home â€” with COVID-19 at the top of the list â€” Biden will become commander-in-chief at a time when the US and China are on the brink of a new Cold War.

After getting the pandemic under control, China should be Biden’s top priority, Heather Heldman, a managing partner at the advisory firm Luminae Group and a former State Department advisor, told Insider.

As part of his “America First” agenda, Trump has spent much of his time in office accusing China of engaging in unfair trade practices, launching a divisive trade war to address the imbalances. He’s also taken aim at China’s tech industry, while blaming Beijing for the spread of COVID-19.

The Chinese government has ramped up anti-US rhetoric in turn, and though Beijing continues to draw backlash from the international community for its human rights abuses, the country has been able to expand its global influence in major ways.

Heldman expressed hope that the Biden administration will “recognise that while the delivery may have been off, the substance and overall assessment of China by the Trump administration in recent years has been quite spot on.”

“In Trump’s defence, our relationship with China was not equal, it was not reciprocal, and it was not sustainable in technology, trade, civil society, in media â€” you name it,” Schell told Insider. He added that one of the biggest questions heading into the Biden administration is what China is willing to do to reshape its dynamic with the US.

In other words, the ball is in China’s court.

“One of the great fallacies of examining US-China relations is that everybody is looking to Biden, and everyone is forgetting that in any bilateral relations there are two sides,” Schell said.

“Without some change in China’s wolf-warrior diplomacy, and its very belligerent, aggressive policies, it’s going to be very difficult for the relationship to change in a meaningful way even though Biden will more be diplomatic and consistent,” Schell said. “Simply put, this relationship will not be reset by Biden alone.” 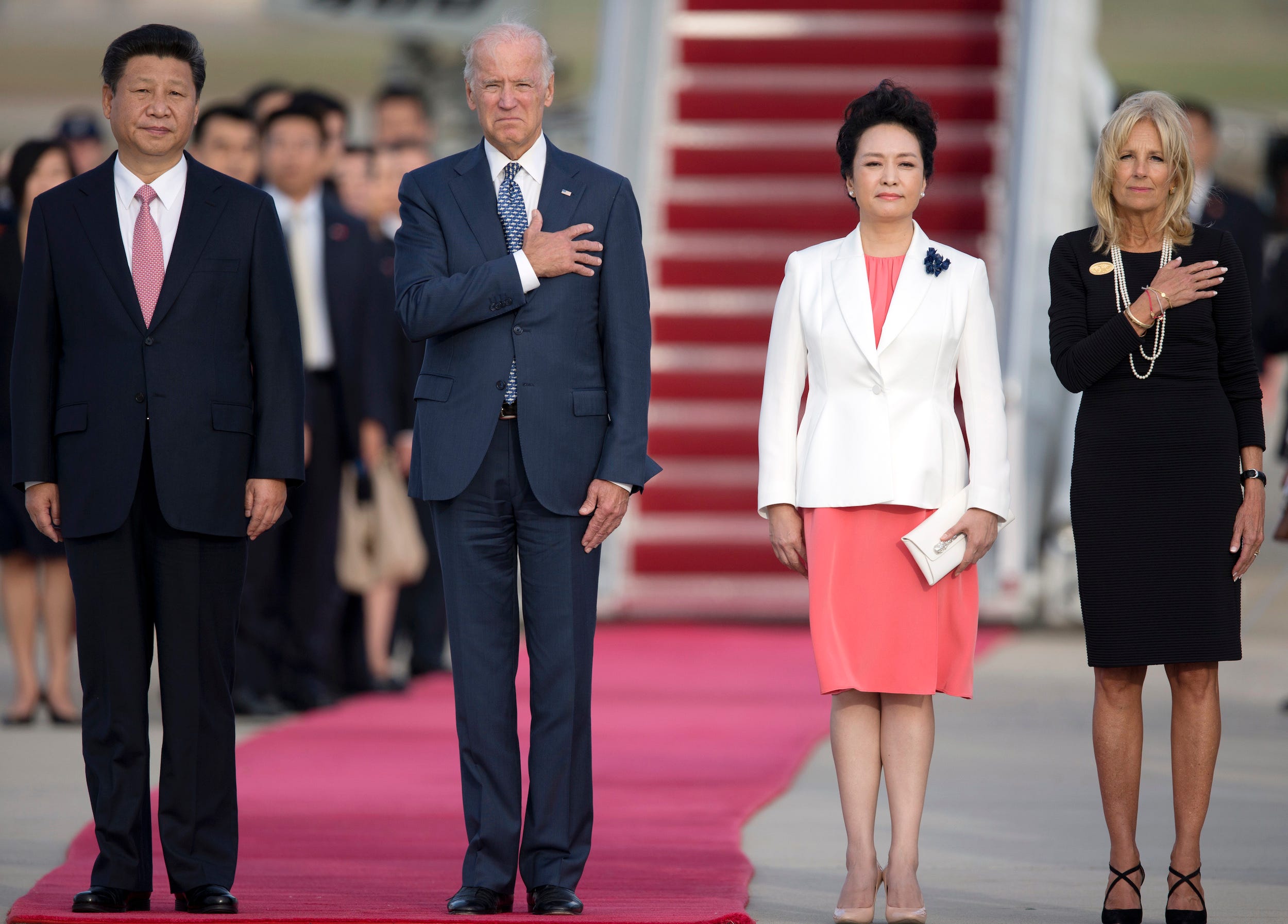 ‘A combination of carrots and sticks’

Biden also faces the difficult task of rebuilding trust in the US after four years of Trump backing out of international agreements and insulting key allies.

The president-elect has already taken steps to mitigate the damage Trump did to these relationships, by pledging to rejoin the 2015 Iran nuclear deal, officially known as the Joint Comprehensive Plan of Action (JCPOA), rejoin the Paris climate accord, and reestablish the US’s ties with the World Health Organisation.

But where Iran is concerned, experts warn that while coming back to the nuclear agreement might sound easy on paper, it will require a lot of diplomatic acrobatics to accomplish.

“Domestic politics in both countries â€” and regional considerations â€” will make an immediate return to the deal harder than it looks,” Henry Rome, a senior analyst at the Eurasia Group, wrote in a recent op-ed for the Washington Post. “A push to return quickly to the JCPOA could come at a big political cost.”

The JCPOA was always unpopular with Republicans in Congress, which gave Trump the political backdrop to withdraw from it in May 2018. If Biden moved to ease sanctions or provide economic relief to Iran, which has also been battered by the COVID-19 pandemic, he would likely meet swift backlash from Republican lawmakers.

A move like that could also escalate tensions with Israel and Saudi Arabia, both of whom view Iran as a threat and look to the US as a counterweight.

With respect to Russia, Biden has strongly signalled that he will take a tougher approach than Trump did. “The fact is, I have gone head to head with Putin and made it clear to him we aren’t going to take any of his stuff,” Biden said at the September presidential debate. He added, referring to Trump: “He’s Putin’s puppy. He still refuses to even say anything to Putin about the bounty on the heads of American soldiers.”

Heldman pointed out that Biden’s nominee for secretary of state, Antony Blinken, is also “very experienced” and “clear-eyed” when it comes to Russia and the former Soviet bloc as a whole.

“He will approach that relationship with a greater degree of scepticism and certainly a more critical eye than the Trump administration did,” Heldman said. “But the Biden administration is also focused on building consensus and cooperation where possible, so I think it will be a combination of carrots and sticks with Russia.”

Overall, “from Iran, to Syria, to what to do about our free-falling relationship with China, to any number of difficult issues with respect to the Russians, to anticipating the next pandemic, to the Arab-Israeli issue…there are no good answers to any single problem out there,” Miller said.

To address the mountain of convoluted foreign policy issues he’ll be up against, Biden has enlisted a diverse team of veteran diplomats and officials whom he worked with in the Obama administration.

In addition to tapping Blinken for secretary of state, Biden’s other picks include: Jake Sullivan as national security adviser, Linda Thomas-Greenfield as US ambassador to the UN, Avril Haines as director of national intelligence, and John Kerry as climate envoy.

“You’re going to have a group, whatever their imperfections, that actually thinks in terms of the national interests, which is a revolutionary concept given the last four or five years,” Miller said, adding that unlike Trump’s team of advisors, this group will not be catering to the “needs of a single man’s vanities, politics, or personal beliefs.”

At 43, Sullivan will be the youngest national security adviser in decades. He played a significant role in the negotiations leading to the 2015 nuclear deal, and also served as Biden’s national security advisor when he was vice president. Wendy Sherman, the lead negotiator for the US on the JCPOA, described Sullivan as “brilliant.”

Thomas-Greenfield is a veteran diplomat with decades of experience. Nicholas Burns, the former US ambassador to NATO, characterised Thomas-Greenfield as “universally admired and respected in the Foreign Service” and someone who “will help to revive American diplomacy.”

Biden’s decision to tap Kerry as climate czar, meanwhile, indicates the high level of attention his administration plans to devote to combatting climate change. In addition to previously serving as secretary of state, Kerry is a vocal and ardent advocate of reducing carbon emissions and implementing renewable energy to curb the effects of global warming.

“Kerry is an energizer bunny,” Miller said. “He’ll go at it with a degree of enthusiasm and persistence that will be very impressive.”

Sen. Angus King, an independent from Maine who sits on the Senate Intelligence Committee, praised Biden’s selection of Haines for US spy chief. She would be the first woman to lead the intelligence community if confirmed, and her nomination comes amid Trump’s ongoing politicization of the traditionally nonpartisan national security apparatus.

“The intelligence community is at a delicate place in time where they need a steady hand to guide them, to steer them back on course, and to restore morale,” King said in a statement to Insider. “The IC’s mission is critical â€” to seek the truth and speak the truth â€” yet the outgoing president did not appreciate or respect this simple objective.”

The Maine senator described Haines as “a smart, experienced professional who has been outspoken in her concerns about the dangers in politicizing the IC’s work.”

Haines, however, faces deep reservations from some human rights groups over her role in Obama’s controversial, secretive drone program â€” a topic that Biden has rarely, if ever, addressed.

“My concerns about her are more my concerns about the Obama administration,” Andrea J. Prasow, the deputy Washington director of Human Rights Watch, told the New York Times. “With these cabinet picks, we are returning to the previous administration instead of making bold and forward-leaning picks.”

Biden’s decision to choose Blinken to be the top US’s diplomat garnered widespread applause from across the political spectrum and from experienced diplomats.

“This is a good choice. Tony has the strong confidence of the president-elect and the knowledge and experience for the important work of rebuilding US diplomacy,” Matt Duss, a foreign policy advisor to the progressive Vermont Sen. Bernie Sanders,tweeted. “It will also be a new and great thing to have a top diplomat who has regularly engaged with progressive grassroots.”

Former Secretary of State Colin Powell, a Republican, said he was “delighted” to learn Biden had selected Blinken for his former role.

Powell described Blinken as “a balanced diplomat with a superb reputation” who will “represent the United States with skill and professionalism.”

Blinken, a former deputy secretary of state under President Barack Obama, has a long working relationship with Biden and he was seen by many as a no-brainer for secretary of state. He served as staff director on the Senate Foreign Relations Committee when Biden was chairman, and later as national security advisor to the vice president.

“He’s coming to the role with great preparation and lots of experience. He’s very well respected within the State Department,” Heldman said of Blinken. “This was absolutely the person who I expected Biden to choose.”