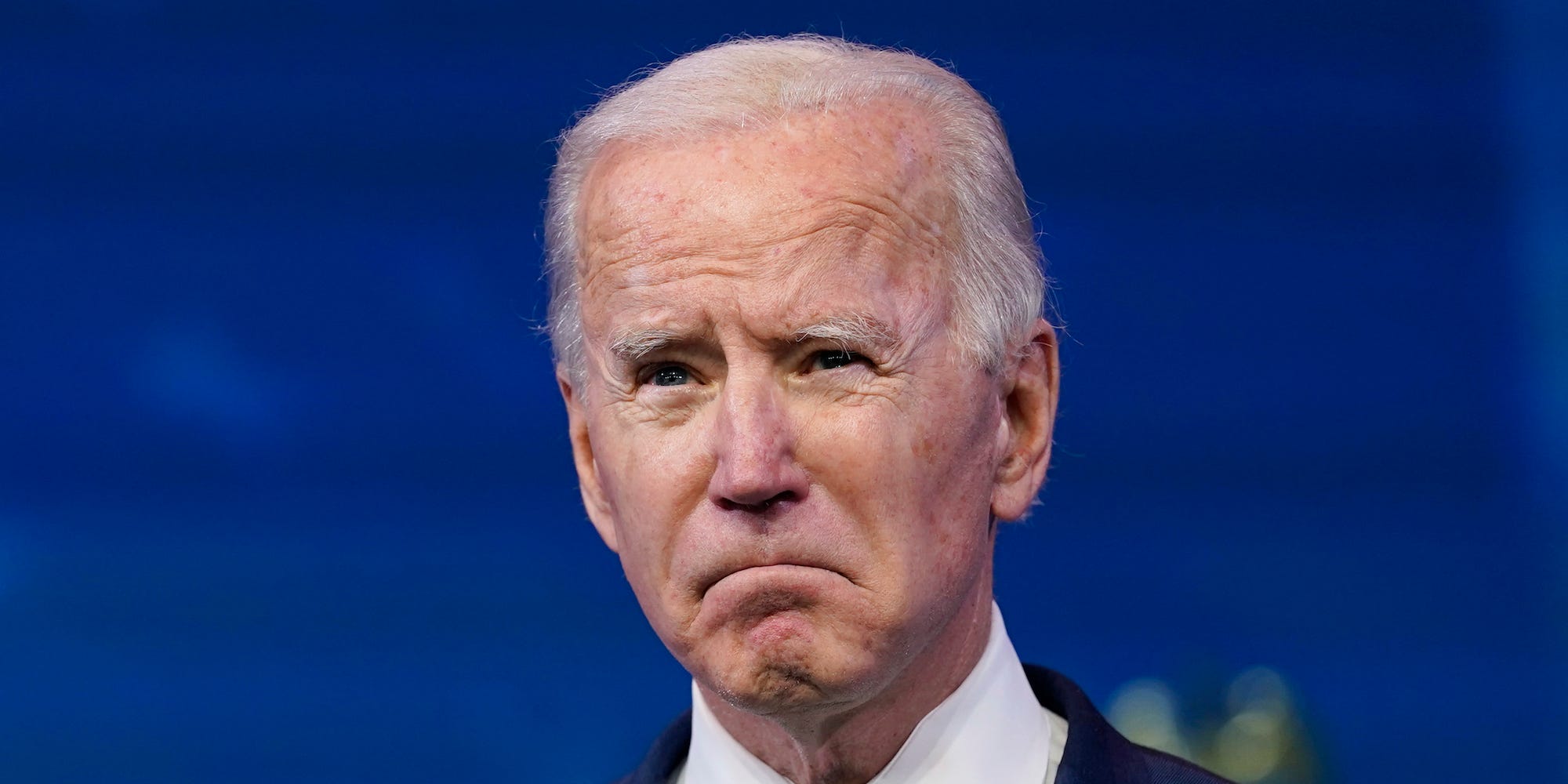 President-elect Joe Biden released his COVID-19 stimulus plan on Thursday, and it includes $US1,400 checks to add to the $US600 direct payments provided via the most recent stimulus package â€” bringing the total distributed amount to $US2,000.

This is Biden’s approach to making good on his pledge to provide $US2,000 checks to eligible Americans, a popular proposal that gained support from President Donald Trump and House Democrats in December but was rejected by Senate Republicans.

In December, House Democrats passed a standalone bill (the Cash Act) for $US2000 checks, but it stipulated that the payments would be $US1400 to supplement the $US600 direct payments in the most recent relief package signed by Trump. Biden’s plan is in line with the Cash Act.

But Biden’s proposal already appears to be generating confusion and anger, as some appeared to expect Biden to include $US2,000 direct payments on top of the $US600 included in the $US900 billion COVID-19 relief bill signed by Trump in late December. Just four days ago, Biden tweeted: “We need $US2,000 stimulus checks.”

Sorry but trying to explain that the $1400 adds up to $2000 when including the $600 that already went out is too complicated and there’s no downside to just doing another round of checks for $2000.

"a $2000 check" is not "a $1400 check plus the $600 check the last guy wrote last year" and I feel like the messaging and therefore reporting on this is designed to make people insane https://t.co/F6zBcBfOwf

Democratic Rep. Alexandria Ocasio-Cortez of New York was also critical of Biden’s plan over the $US1400 checks.

The president-elect’s stimulus plan is $US1.9 trillion, and on top of $US1,400 checks includes $US130 billion in funds to reopen schools, $US350 billion in state and local assistance, and $US400 in weekly federal unemployment benefits through September 2021.

Read more: Joe Biden is hiring about 4,000 political staffers to work in his administration. Here’s how 3 experts say you can boost your chances of getting one of those jobs.

Biden is set to be inaugurated on January 20, and the Senate will then be forced to balance confirming his Cabinet nominees, working on passing another COVID-19 stimulus, and holding Trump’s impeachment trial over the Capitol siege.