Biden's coronavirus board is made up of former federal officials who oversaw past epidemics including AIDS, Ebola, and Zika 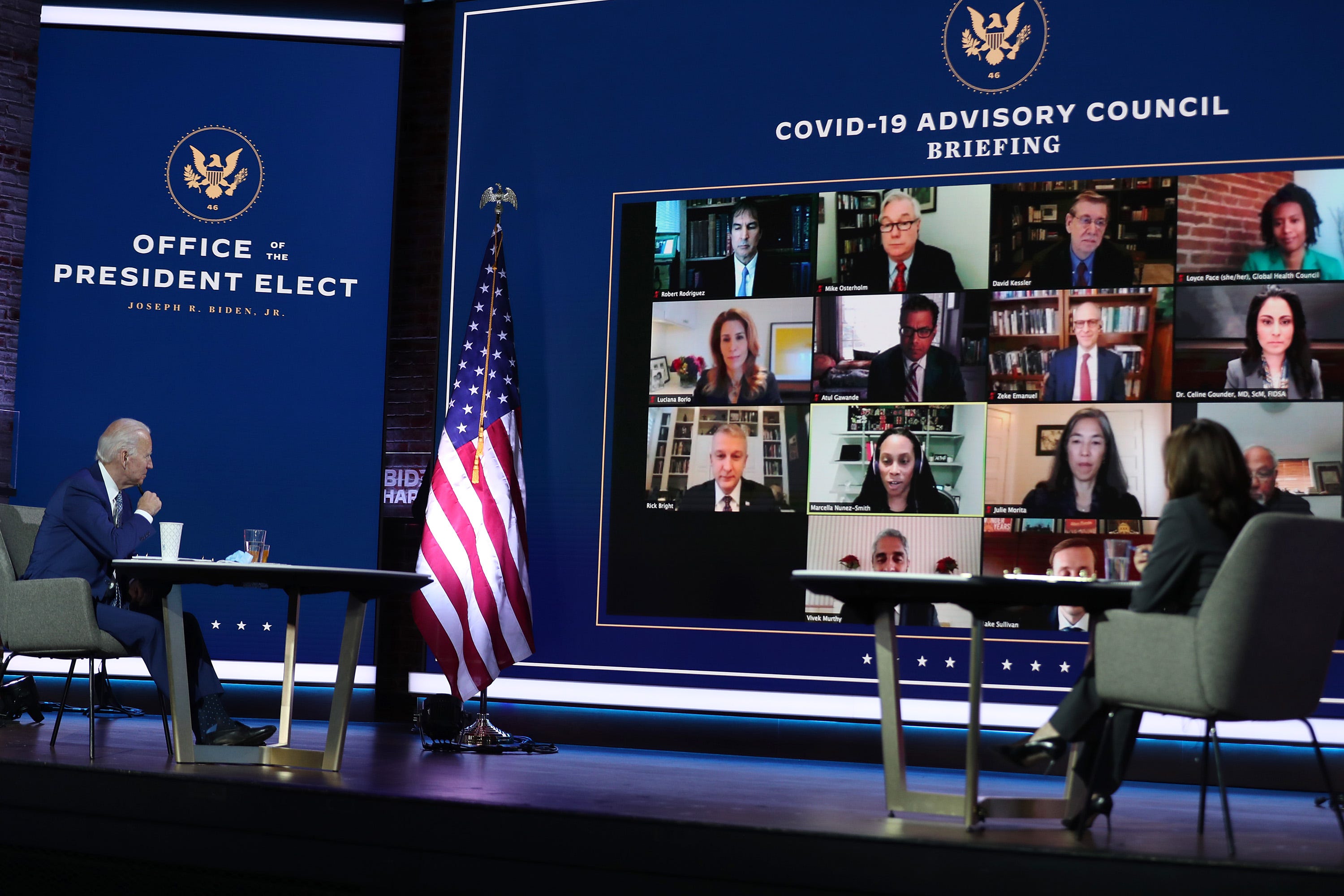 As US coronavirus cases topped 10 million on Monday, President-elect Joe Biden held a meeting with 13 members of his newly formed COVID-19 advisory board. The group will be instrumental in determining the federal pandemic response under the Biden-Harris administration.

At least 10 of Biden’s board members have served the federal government under a previous presidential administration.

The board’s co-chairs are Vivek Murthy, who was the surgeon general under the Obama administration; David Kessler, the Food and Drug Administration commissioner under Bill Clinton and George H. W. Bush; and Dr. Marcella Nunez-Smith, the associate dean for health equity research at the Yale School of Medicine.

As surgeon general, Murthy saw the US through several public-health crises, including the 2014-2016 Ebola epidemic and the 2015-2016 Zika epidemic. As FDA commissioner, Kessler led that agency’s response to the HIV/AIDS crisis.

Other board members include Dr. Atul Gawande, who was a senior advisor in the Department of Health and Human Services (HHS) during the Clinton era, and Dr. Michael Osterholm, an HHS advisor under George W. Bush. They’re joined by Dr. Eric Goosby, who helped coordinate the federal government’s HIV/AIDS response under four presidential administrations from the 1990s until 2013.

Biden’s team also consists of two former Trump administration officials. One is Dr. Luciana Borio, the FDA’s former acting chief scientist, who spearheaded an effort to deliver speedier, more accessible flu vaccines. Borio also helped coordinate the national response to Ebola and Zika under President Obama. The second is Dr. Rick Bright, a former HHS official who resigned in October. Bright filed a whistleblower complaint in May about the Trump administration’s mishandling of the pandemic, including its promotion of untested treatments like hydroxychloroquine.

“I am grateful for the opportunity to serve my country and rejoin the fight against COVID-19,” Bright tweeted Monday. “With the leadership of President-elect Biden and VP-elect Harris, and their trust in science, I have no doubt we’ll be able to end the pandemic and save lives.”

Several officials on Biden’s task force have been advising him since the Democratic primary in March. But when Biden takes office, the US outbreak will be far worse than it was when he became the nominee. Daily coronavirus cases have reached record highs on four consecutive days in November, and 44 states have seen daily case numbers rise in the last week.

In the last month, average daily coronavirus cases in the US have doubled. 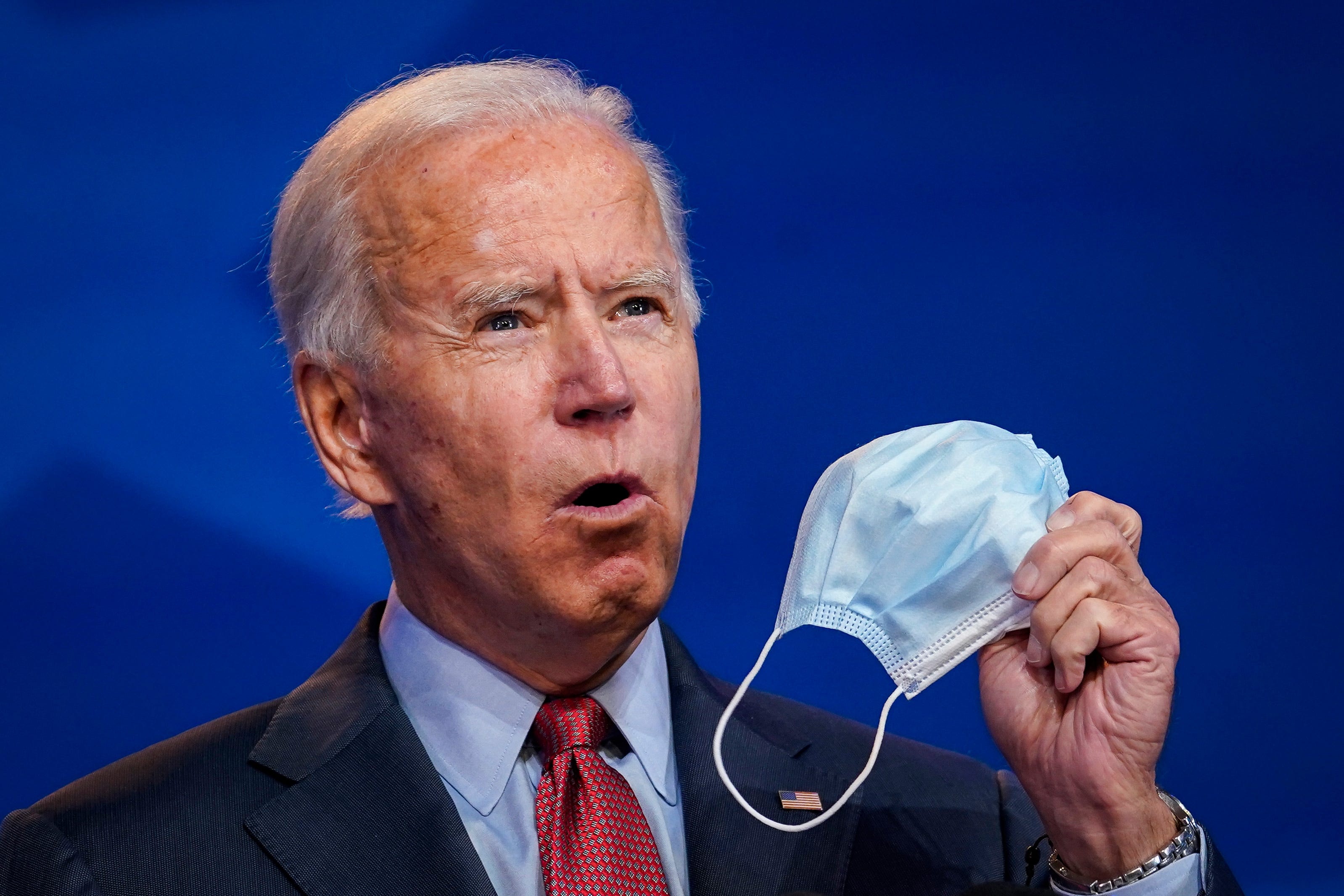 Drew Angerer/Getty ImagesBiden holds up a face mask in Wilmington, Delaware, on October 28.

“Dealing with the coronavirus pandemic is one of the most important battles our administration will face, and I will be informed by science and by experts,” Biden said in a statement. “The advisory board will help shape my approach to managing the surge in reported infections; ensuring vaccines are safe, effective, and distributed efficiently, equitably, and free; and protecting at-risk populations.”

Several of Biden’s board members have indicated a desire to deliver more ventilators and personal protective equipment to hospitals and ramp up coronavirus testing. They have also emphasised the need for consistent, science-based messaging about the importance of masks and social distancing.

“In the absence of a way to treat this virus or prevent this virus, the only thing we have is that we identify those who are infected, and we do that through widespread testing,” Kessler told the Fixing Healthcare Podcast in June. 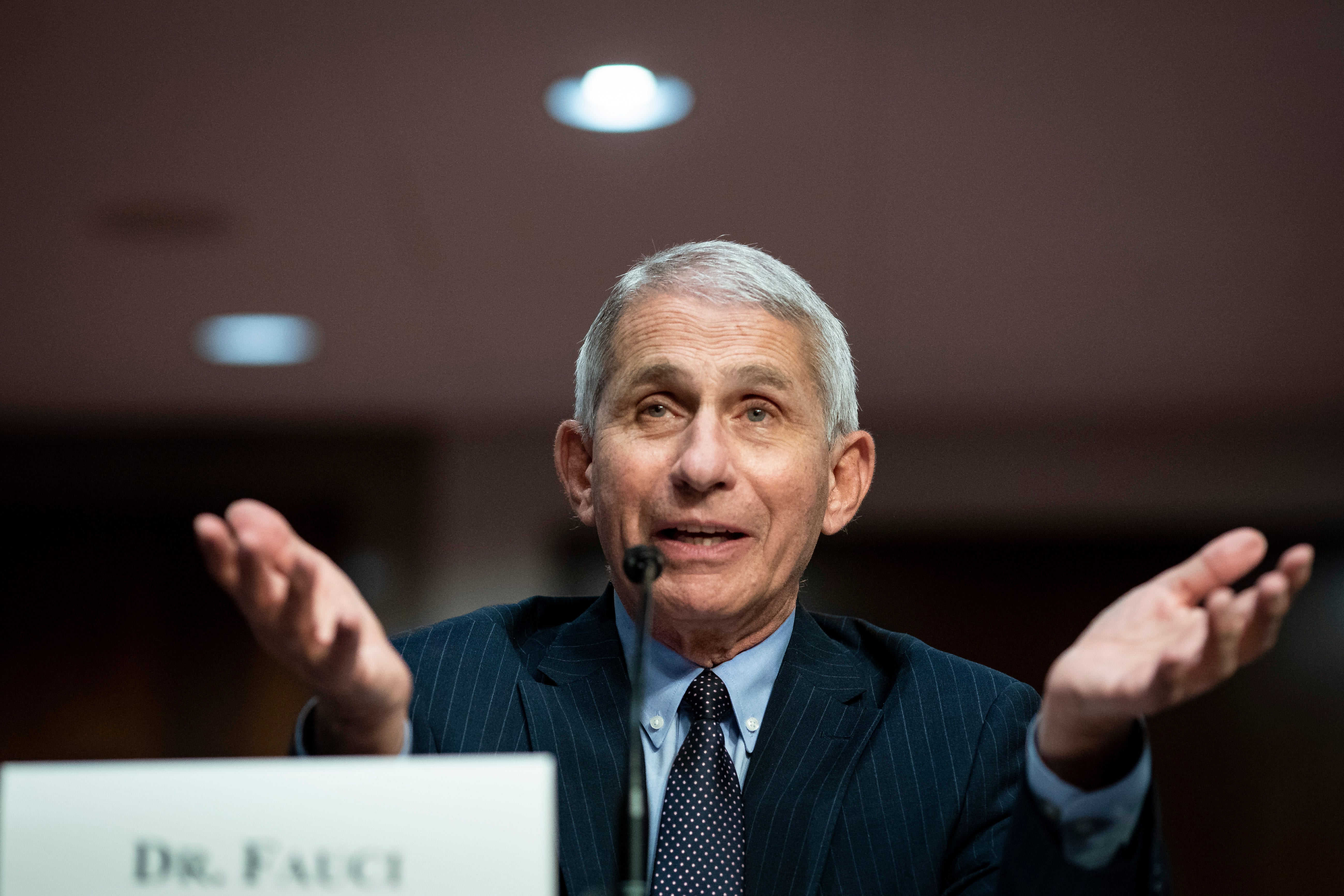 Biden hasn’t said what will become of the existing White House coronavirus task force under his administration.

Public-health experts have criticised the current group’s inclusion of members without relevant scientific backgrounds, such as Scott Atlas, a neuroradiologist. Atlas, who has advised the task force since August, has praised ideas described in the Great Barrington Declaration, which calls for a controversial herd-immunity strategy that would let the virus spread through the population. Atlas denies pushing for herd immunity, but he has advocated for slowing down testing and quickly reopening schools and businesses.

“Naming Fauci to a Biden task force might anger Trump even further, to the point of removing Fauci from his post now, which I think would shake public confidence at a crucial point in the pandemic,” Wendy Schiller-Kalunian, a professor of public and international affairs at Brown University, told Newsweek.

Biden had previously said Fauci would receive one of his first calls as president-elect.

“We need a president who actually listens to experts like Dr. Fauci,” Biden tweeted just before Election Day.