'Why the hell would I take a test?': Biden says he hasn't taken a cognitive test after Trump challenged his mental ability 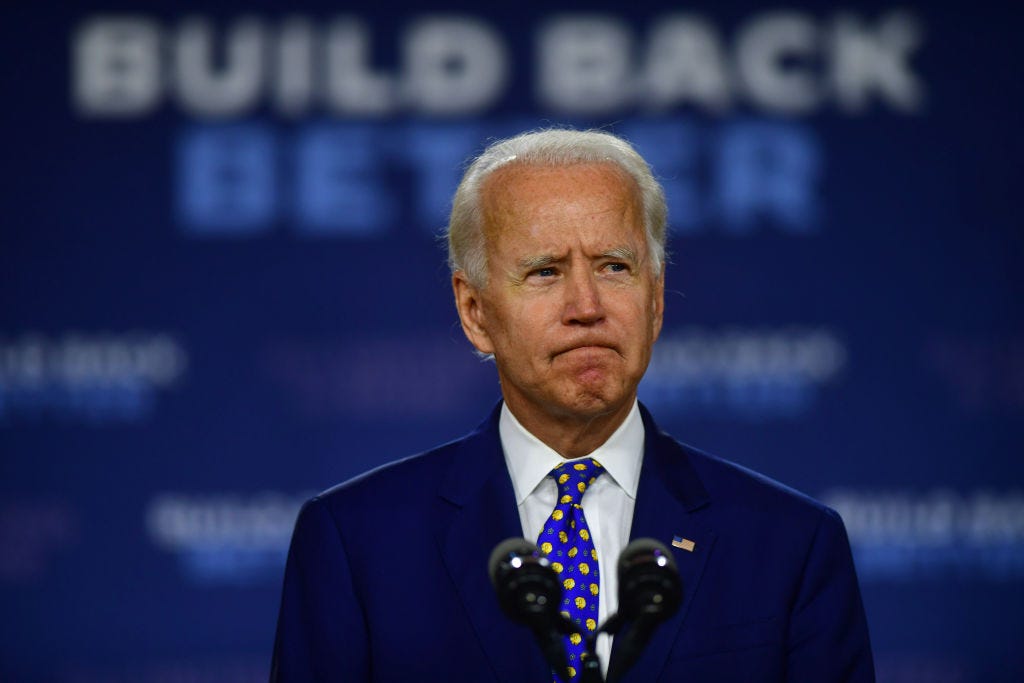 Former Vice President Joe Biden balked at the idea of taking a cognitive test and revealed that he has not taken one, following ongoing charges against his mental acuity from President Donald Trump and his allies.

Biden pushed back at the implication that he would need to examine his mental state and compared the suggestion to being tested for drugs.

“Come on, man,” he said. “That’s like saying you, before you got on this program, you take a test where you’re taking cocaine or not. What do you think? Huh? Are you a junkie?”

“What do you say to President Trump who brags about his test and makes your mental state an issue for voters?” Barnett asked.

“Well, if he can’t figure out the difference between an elephant and a lion, I don’t know what the hell he’s talking about,” Biden responded, laughing.

The presumptive Democratic presidential nominee mocked Trump for boasting in multiple interviews about taking a cognitive test, which he said he “aced.”

“They say, ‘That’s amazing,'” Trump said of the doctors who administered the test.”‘How did you do that?’ I do it because I have, like, a good memory. Because I’m cognitively there.”

Trump has suggested that Biden take the test to compare results between the two.

“In a way, he has an obligation to,” Trump said. Medical records are not required to be disclosed for presidential candidates. Biden, 77, is three years older than Trump.

The Trump campaign has also falsely accused Biden of being unwilling to face the president one-on-one in a presidential debate.

Biden shut down the allegation in the interview and signalled he is eager to duel with the president during the first debate scheduled for next month.

“I’m so forward to looking to have an opportunity to sit with the president, or stand with the president, in debates,” Biden said. “I am very willing to let the American public judge my physical as well as my mental fitness and to make a judgement about who I am.”