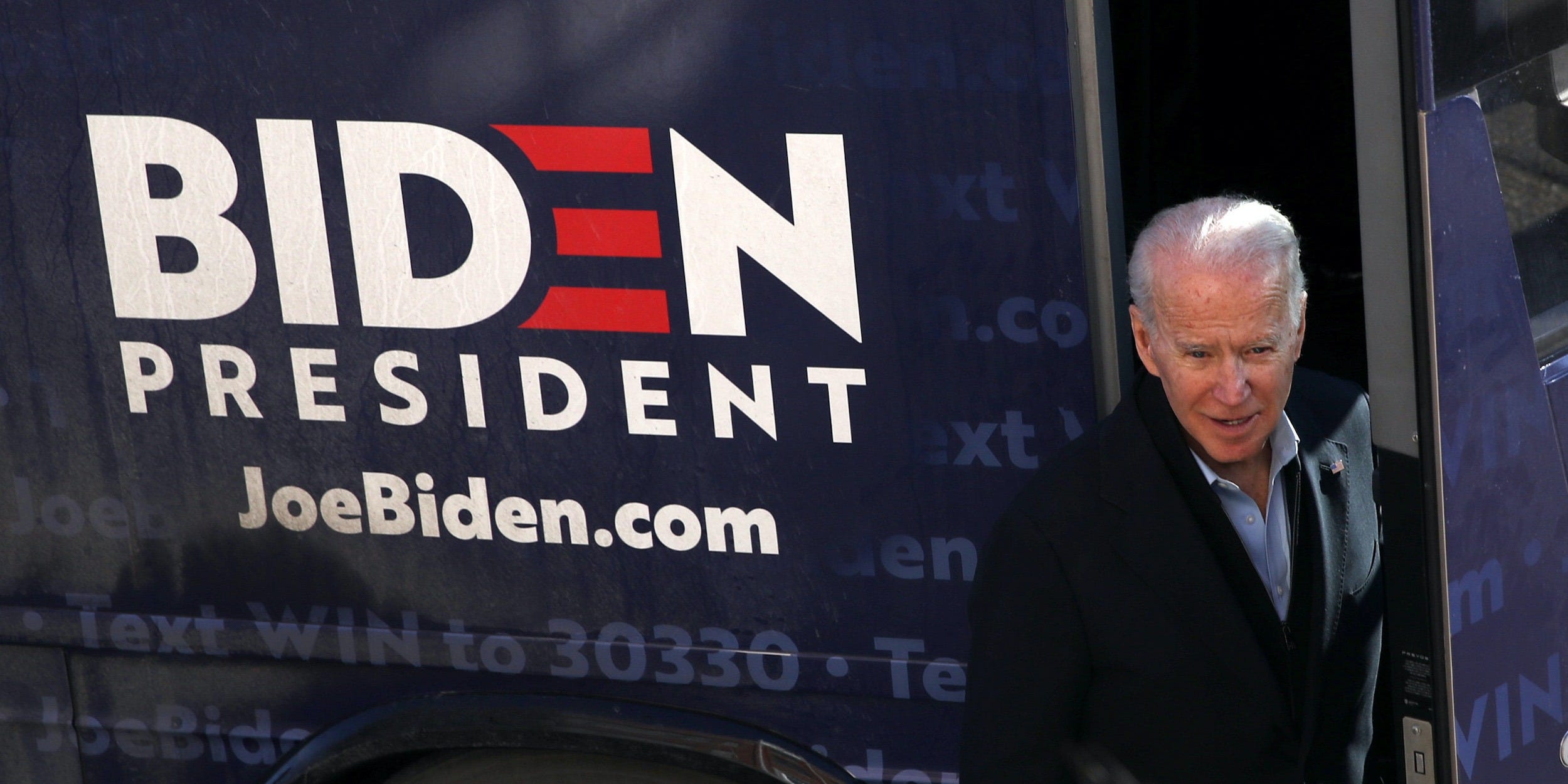 The Biden campaign is rolling out two new fonts heading into the November election.

“Decimal” and “Mercury” will be tasked with evoking the 2020 presumptive Democratic nominee’s campaign ethos of “the battle for the soul of the nation,” Biden for Presiden Senior Creative Adviser Robyn Kanner told Insider.

Folks, it’s time to introduce you to our new typefaces: Decimal & Mercury.

Put simply, our typography is bound by the truth. https://t.co/1E406o2SYG

The pair of fonts come from Hoefler & Co., a legendary typeface company behind the lettering seen in iconic American brands, such as Rolling Stone, Twitter, Tiffany & Co., the Guggenheim Museum, Condé Nast, and Nike.

Hoefler & Co. also came up with the “Gotham” typeface used by both Obama campaigns, as well as “Ringside” for The Office of Barack and Michelle Obama.

The Biden typefaces are not fully replacing anything, but rather coming into the fray as the general election nears.

“This campaign is about the battle for the soul of the nation,” Kanner wrote in an email to Insider. “That battle needs to be fought and won with the truth – the American people deserve that much. To that end, Decimal and Mercury were chosen based on their roots in the truth.” 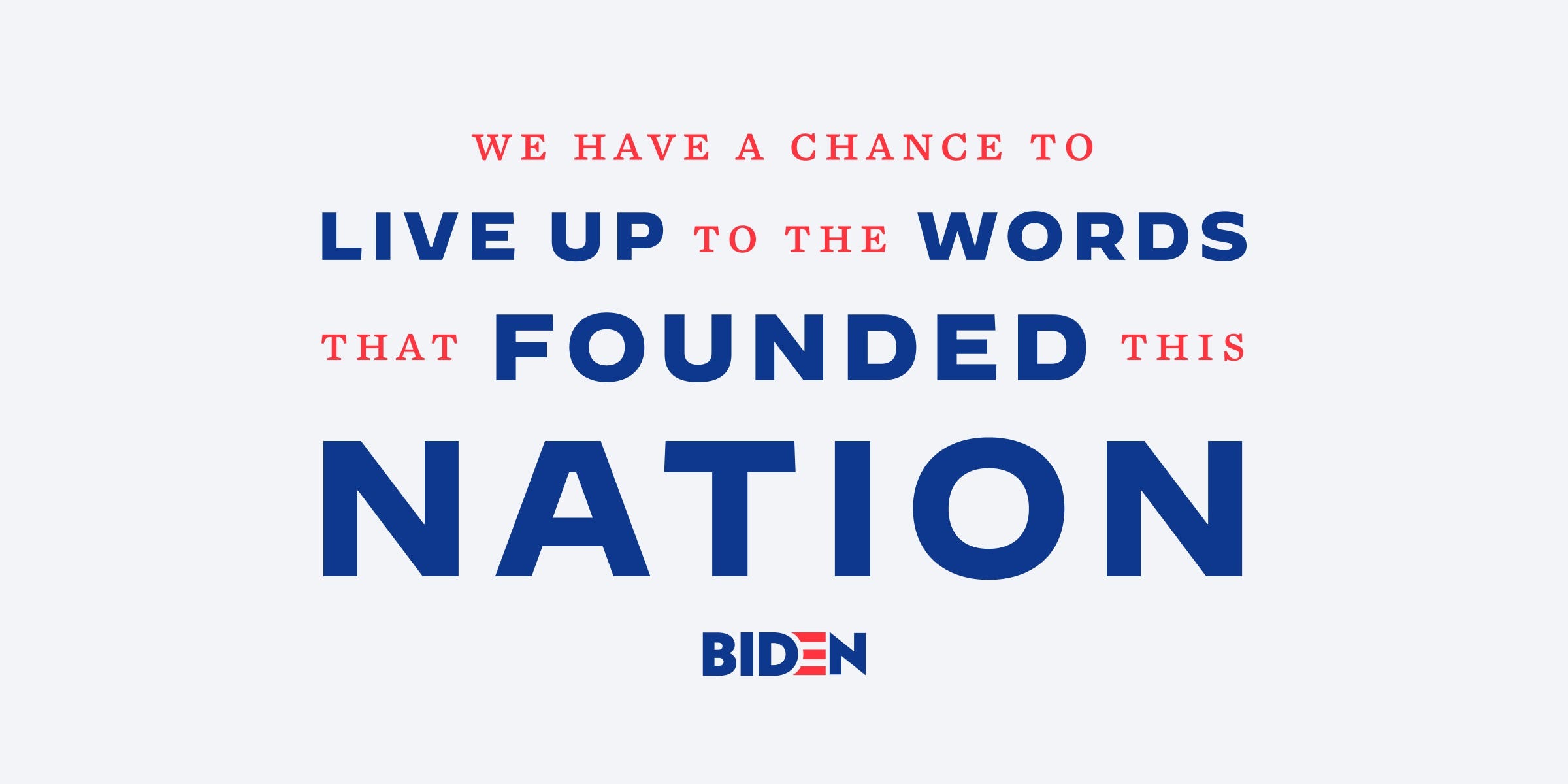 The two typefaces offer their own uses based on the choices made by designers in the glyphs, or the shape of each letter.

“Mercury’s primary use has been used in print, for various magazines and newspapers,” Kanner wrote. “It holds the truth of a written word.”

Featured in the smaller red print within the markup provided by the campaign, “Mercury” features small serifs, known in typography as decorative shapes on the end strokes of a letter.

“Decimal,” on the other hand, is sans serif, a style meant to be more easily readable and more commonly seen in digital fonts or big advertisements like posters and billboards.

On the podcast, listen to @BSD creative director Matt Ipcar as he recalls working on the Obama 2012 re-elect campaign, refreshing the logo, removing ethereal glows, and adding serifs to the Gotham Bold font. > https://t.co/u3HfyXdS3g pic.twitter.com/t63QADaT9r

Similar to the earlier version of the Obama campaign’s “Gotham” typeface, “Mercury” has a smoother look without the serifs but carries a weighty proportion to it.

The Obama campaign initially used “Perpetua,” a plain serif typeface, with the switch to “Gotham” coming later on.

“Gotham” was originally commissioned for GQ Magazine, but its versatility across digital and print proved fruitful for the Obama campaign in carving out a new look for itself.

The typeface is also used by One World Trade Centre.

Biden’s new font made its debut in a Fourth of July ad, playing off of the juxtapositions of American traditions and aspirations.