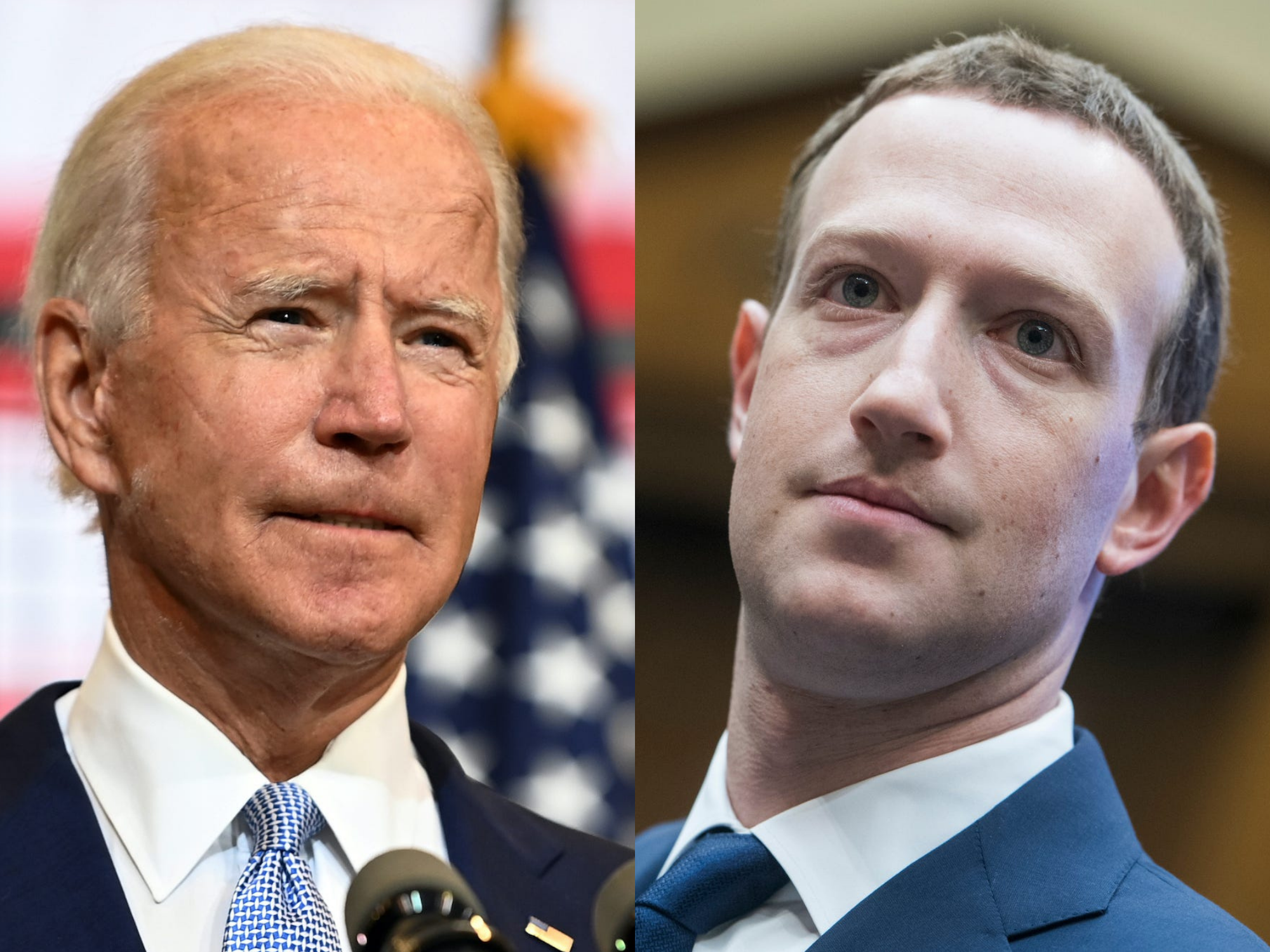 “If you thought disinformation on Facebook was a problem during our election, just wait until you see how it is shredding the fabric of our democracy in the days after,” Bill Russo, a deputy communications director on Biden’s campaign press team, tweeted late Monday.

Russo then attacked Facebook over the course of eight tweets for allowing violent and misleading content to flourish on the platform in the week following Election Day.

He referred to a video in which Steve Bannon called for the head of Dr. Anthony Fauci and the proliferation of “Stop the Steal” Facebook groups.

He specifically criticised Facebook’s decision to allow posts from President Donald Trump labelled as misinformation to be widely shared â€” whereas Twitter placed restrictions on labelled tweets meaning they couldn’t be retweeted.

Facebook began limiting the spread of posts, rather than just flagging them, on Thursday after Election Day.

“We knew this would happen,” Russo’s thread concluded. “We pleaded with Facebook for over a year to be serious about these problems. They have not. Our democracy is on the line. We need answers.”

This isn’t the first time Russo has come after Facebook. On Sunday he reposted a tweet from the actor Sacha Baron Cohen with a picture of Facebook CEO Mark Zuckerberg shaking Donald Trump’s hand, captioned “one down, one to go.”

Russo added the words “Hell yeah” to his retweet, which was quickly deleted.

The fact Russo has now doubled down with a lengthy thread detailing Facebook’s failures is an ominous sign for the social-media giant, which is surely preparing for attempts to regulate it by a Biden administration.

Biden told The New York Times in January that he wanted to revoke Section 230 of the Communications Decency Act, a part of US law that grants sweeping liability protections to tech companies for content posted on their platforms.

In that interview, Biden referred to Facebook and the spread of misinformation on the platform. “It should be revoked because [Facebook] is not merely an internet company,” he said. “It is propagating falsehoods they know to be false.”

Russo’s tweets reinforce the sense that the Biden administration could make the next four years uncomfortable for Facebook.

A Facebook spokesperson disputed Russo’s characterization of the platform in a statement to Business Insider.

“In the lead-up to this election, we announced new products and policies to reduce the spread of misinformation and the potential for confusion or civil unrest. We built the largest third-party fact-checking network of any platform and they remain actively focused on claims about the election, including conspiracy theories. We changed our products to ensure fewer people see false information and are made aware of it when they do, and highlighted reliable election information where nearly everyone on Facebook and Instagram saw that Vice President Biden was the projected winner of the US election,” the spokesperson said.