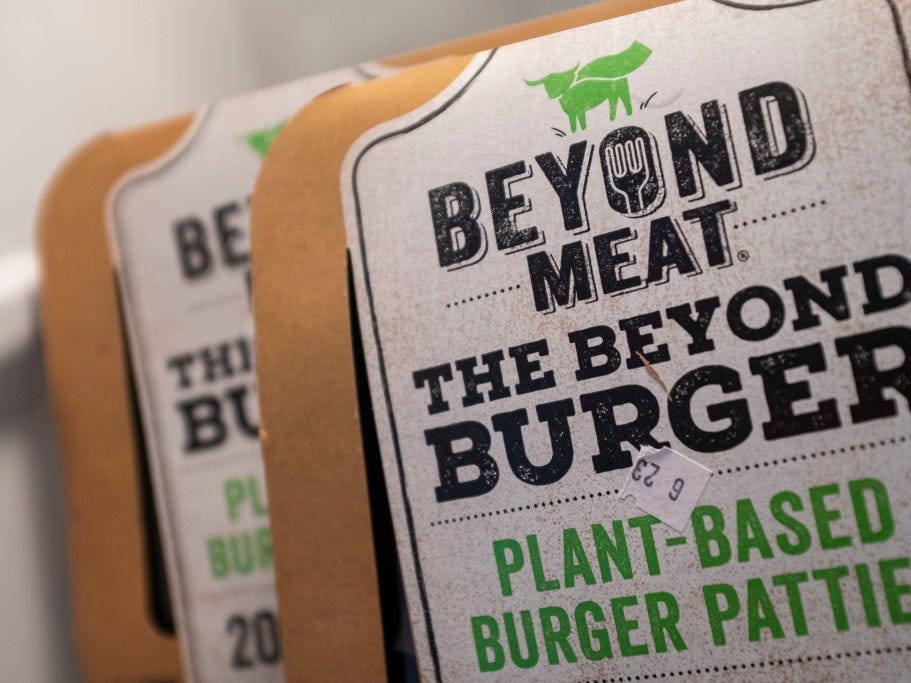 Beyond Meat plunged as much as 10% on Thursday after it was reported by CBC that McDonald’s ended its Canadian trial of the plant-based burger in April with no plans to continue.

McDonald’s told CBC news that it has no update on its Beyond Meat burger offering, and that it’s “evaluating learnings” from the trial “to help inform future plant-based menu decisions.”

McDonald’s began to offer the P.L.T. burger, or plant-lettuce-tomato, in September of last year in several locations in southwestern Ontario. The test was conducted to see if the burger would be a viable option for its locations around the globe.

According to CBC, “McDonald’s made no public announcements when the P.L.T. trial ended in April. It also removed information about the burger from its website with no explanation.”

In response to CBC, Beyond Meat said in an email, “We can only comment generally and share that we were pleased with the test.”

In Beyond Meat’s May earnings call, JPMorgan analyst Ken Goldman remarked to management: “… typically if a test did well, the retailer wouldn’t end it, they would expand it.”

“I can assure you there’s no issue with McDonald’s … this is a way it’s been planned and the way it’s being executed. And there’s been no change at all. I can’t promise you that we’ll see a massive expansion tomorrow. But there’s been no change in information since we began this test and got good results in the beginning and got good results at the end.”

Shares of Beyond Meat traded down as much as 10% to $US136 in Thursday morning trades. Despite today’s drop, Beyond Meat is up more than 90% year-to-date. 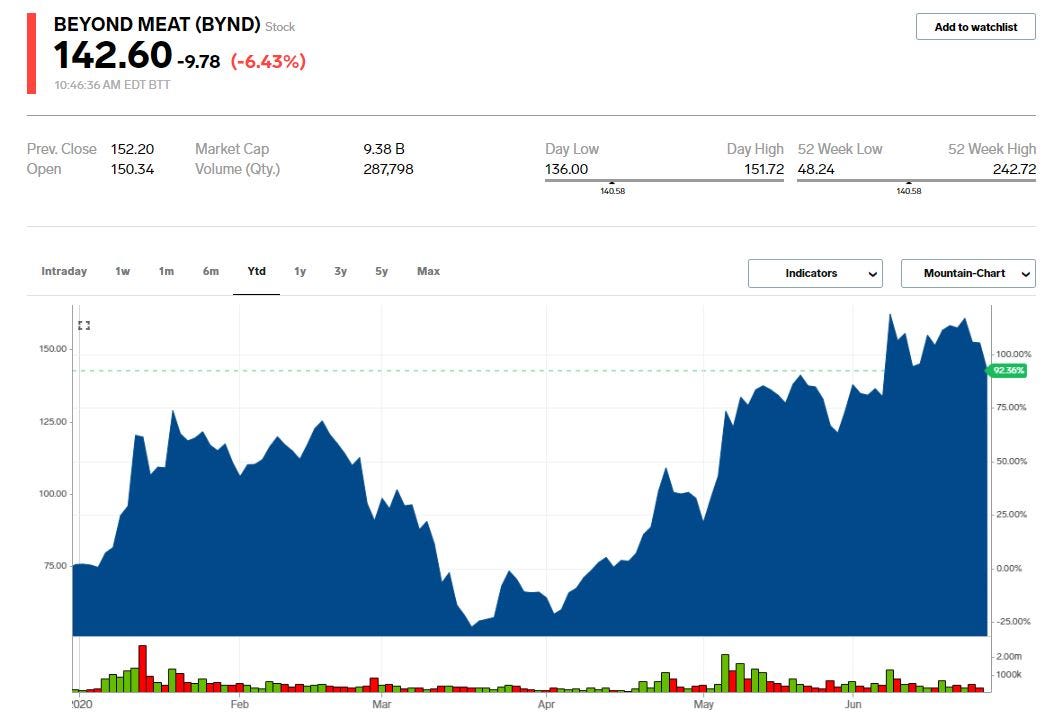