Betelgeuse, one of the brightest stars we see, has been fading for months. It could signal a fiery explosion, but it may just be dust. 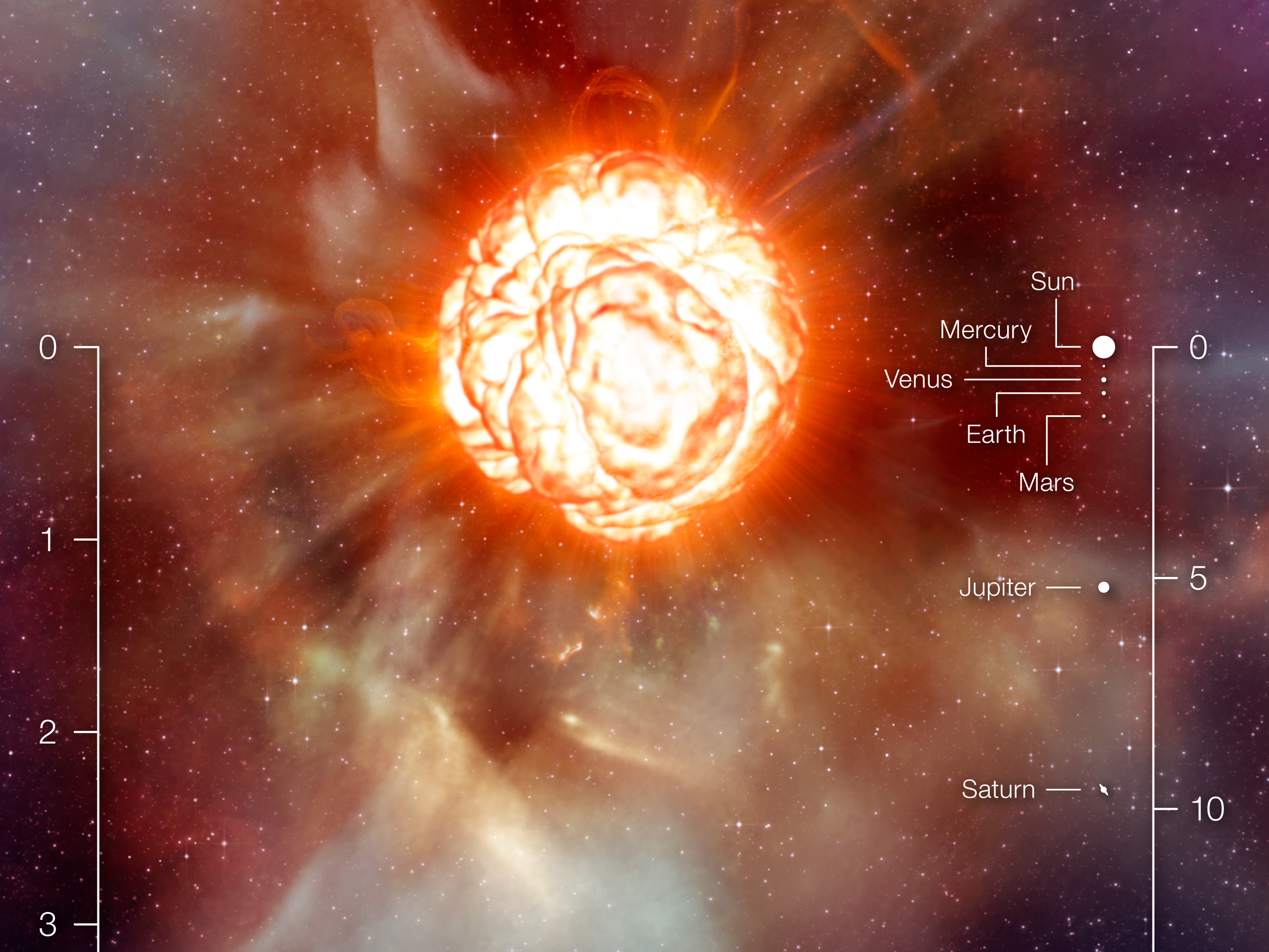 ESO/L. CalçadaWhat a Betelgeuse explosion could look like, as illustrated by an artist.

One of the brightest and most recognisable stars in the night sky, Betelgeuse, is less than half as bright as it was five months ago.

Scientists have a few hypotheses about why this is, the most dramatic of which is that since Betelgeuse is a red supergiant, it will eventually explode in a supernova. The fading could indicate that the star is entering a pre-supernova phase: dimming and collapsing before it explodes.

But most astronomers don’t think the star is headed for an explosion just yet.

That’s because the star has experienced cycles of dimming and brightening before (though not this dramatically). It’s a pulsating, variable red supergiant – which means its size and brightness can vary due to changes in activity of the convection cells on its surface and the heat in its atmosphere.

A third possible explanation for the dimming is that Betelgeuse could be shedding some of its own material back into space, creating dust clouds that obscure our view of the star. Astronomers are still exploring where that dust might originate.

“The phrase ‘we are all made of stardust’ is one we hear a lot in popular astronomy, but where exactly does this dust come from?” Emily Cannon, a PhD student who works with the European Southern Observatory, said in a statement.

Astronomers aren’t yet sure which of these explanations is right. And to make matters more complicated, Betelgeuse’s rate of dimming has slowed in the last week.

Betelgeuse makes up one shoulder in the constellation Orion, which is most clearly visible from November to February. The star is 20 times the size of our sun. NASA/JPL CaltechThe bright blue star in the lower-left corner is Betelgeuse in this image of the Orion constellation taken in April 2011.

Betelgeuse looks reddish to the naked eye, but it appears blue in this image from NASA’s Wide-field Infrared Survey Explorer because the space telescope measures infrared wavelengths of light.

Astronomers started noticing that Betelgeuse wasn’t as bright as usual around October 2019. 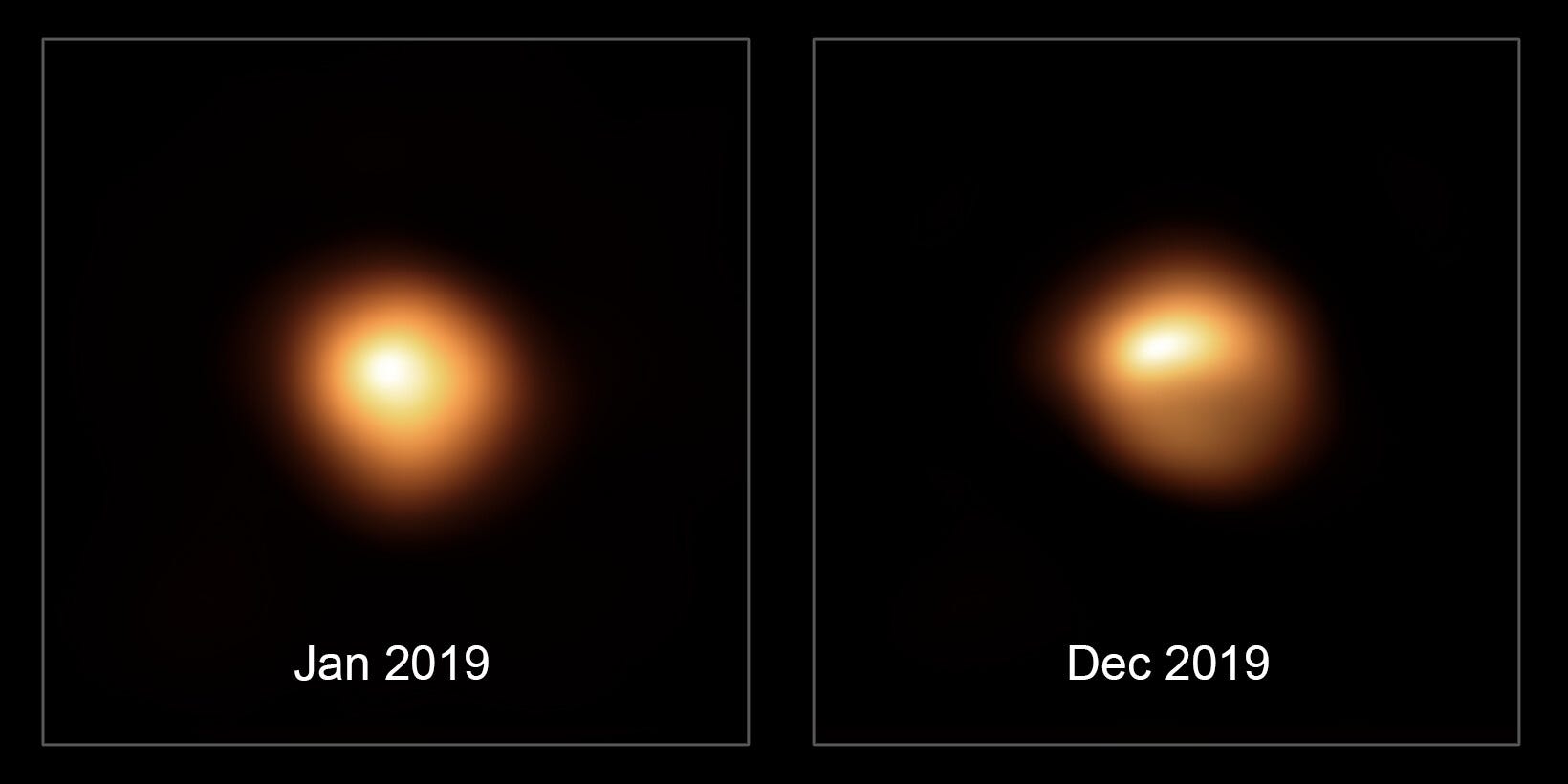 Close-up looks at Betelgeuse are possible because of the star’s size and proximity to Earth. It’s approximately 600 light-years away.

Until about five months ago, telescope images of the star looked like the one below. 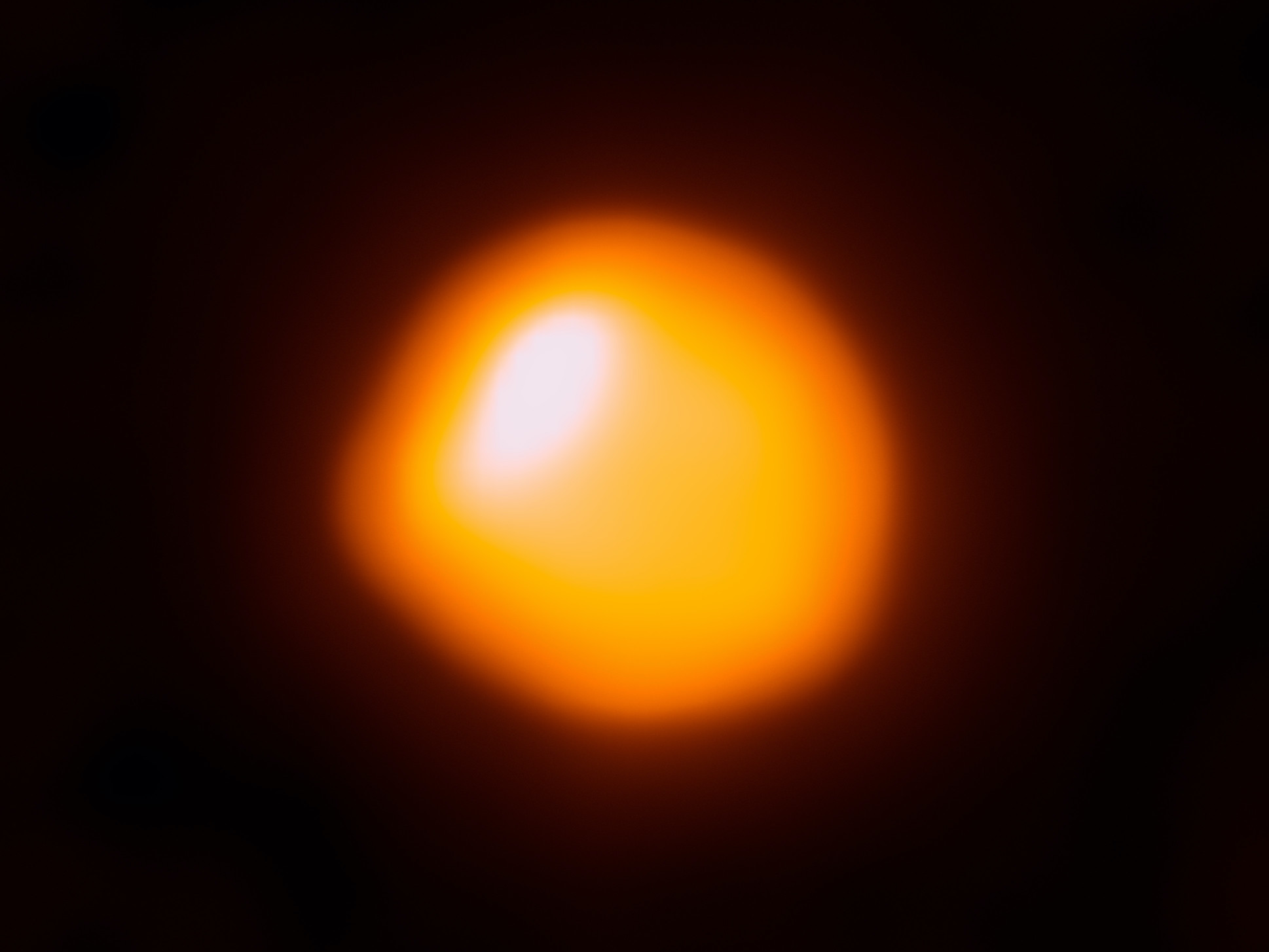 But then astronomers started seeing changes in Betelgeuse’s brightness and apparent shape.

This is what the star looked like in December. Its shape also seems to have changed — Betelgeuse appears more oblong. 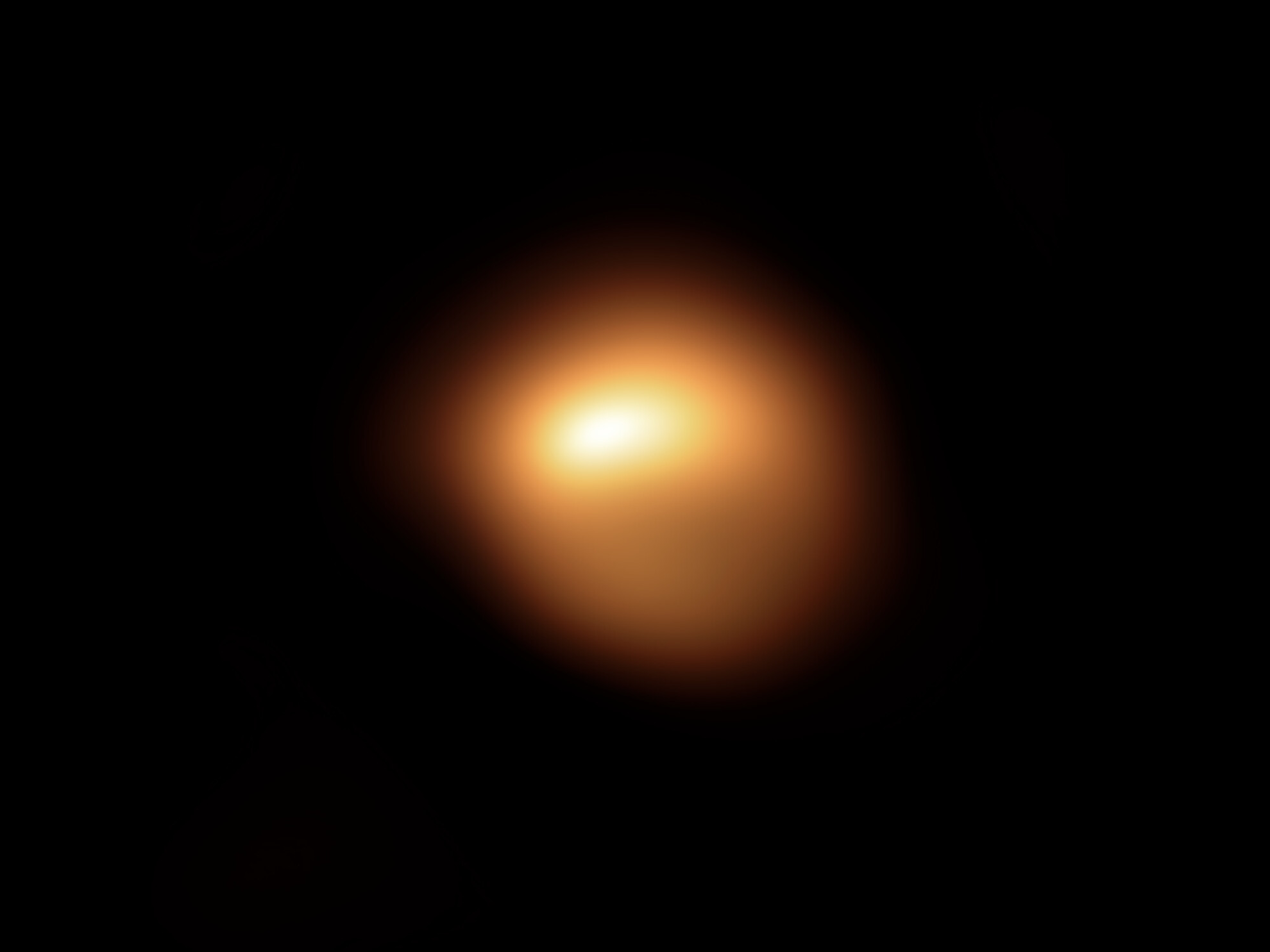 Edward Guinan, an astronomy professor at Villanova University, reported in Astronomer’s Telegram that by mid-December, the star had faded so much it wasn’t even in the top 20 brightest in the night sky

Recent studies have found that Betelgeuse will likely explode within the next million years, potentially as soon as 100,000 years from now. ESO/L. CalçadaAn artist’s illustration of a Betelgeuse explosion, with a size comparison to our solar system. The measurement scale is in units of the radius of Betelgeuse.

But they don’t think a supernova is imminent.

Still, astronomers are watching the star closely and collecting data from telescopes around the world. 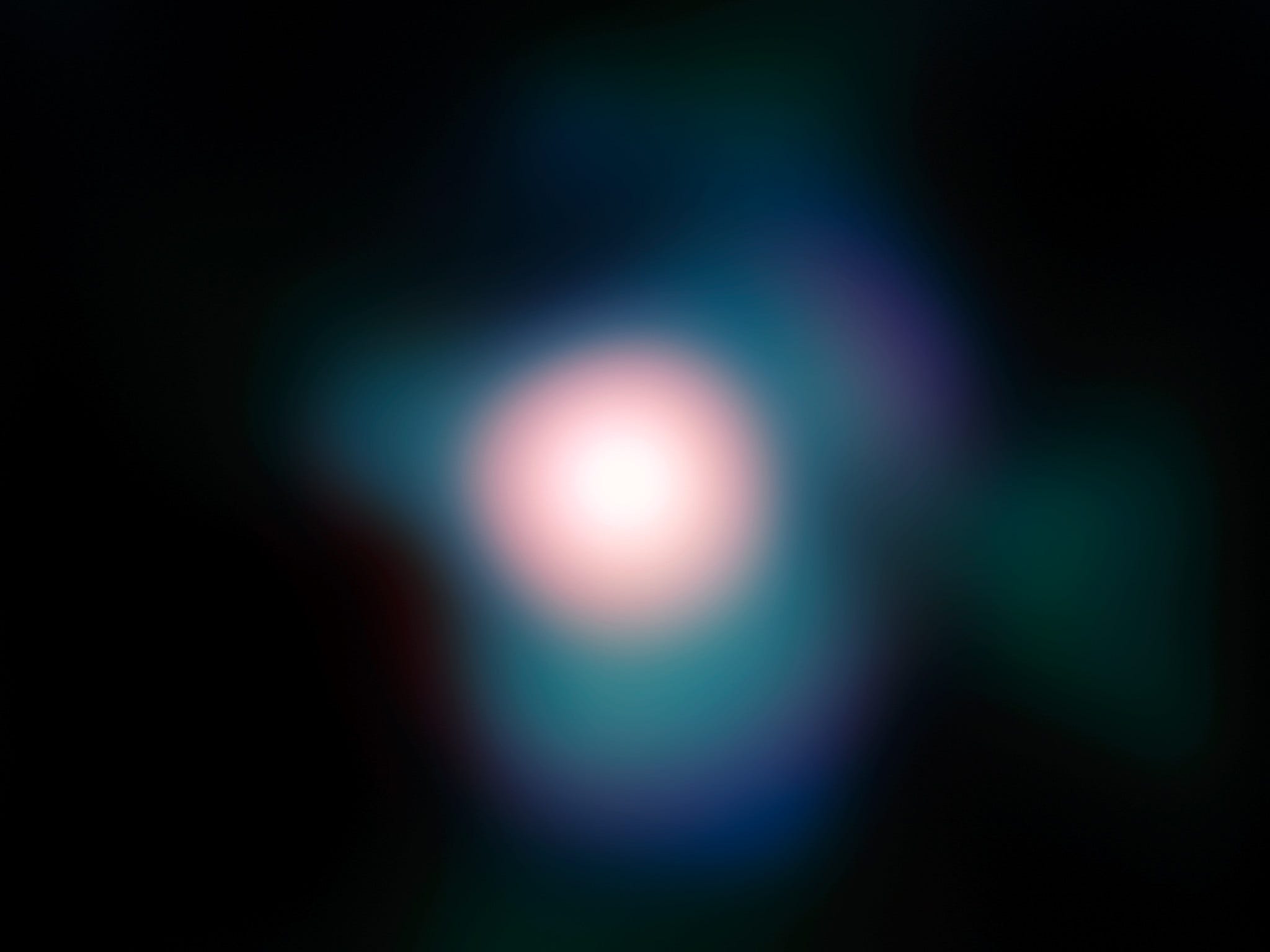 Because Betelgeuse 600 light-years away, of course, anything we’re seeing now happened 600 years ago.

In particular, the European Southern Observatory’s Very Large Telescope has been taking many of the new images of Betelgeuse. 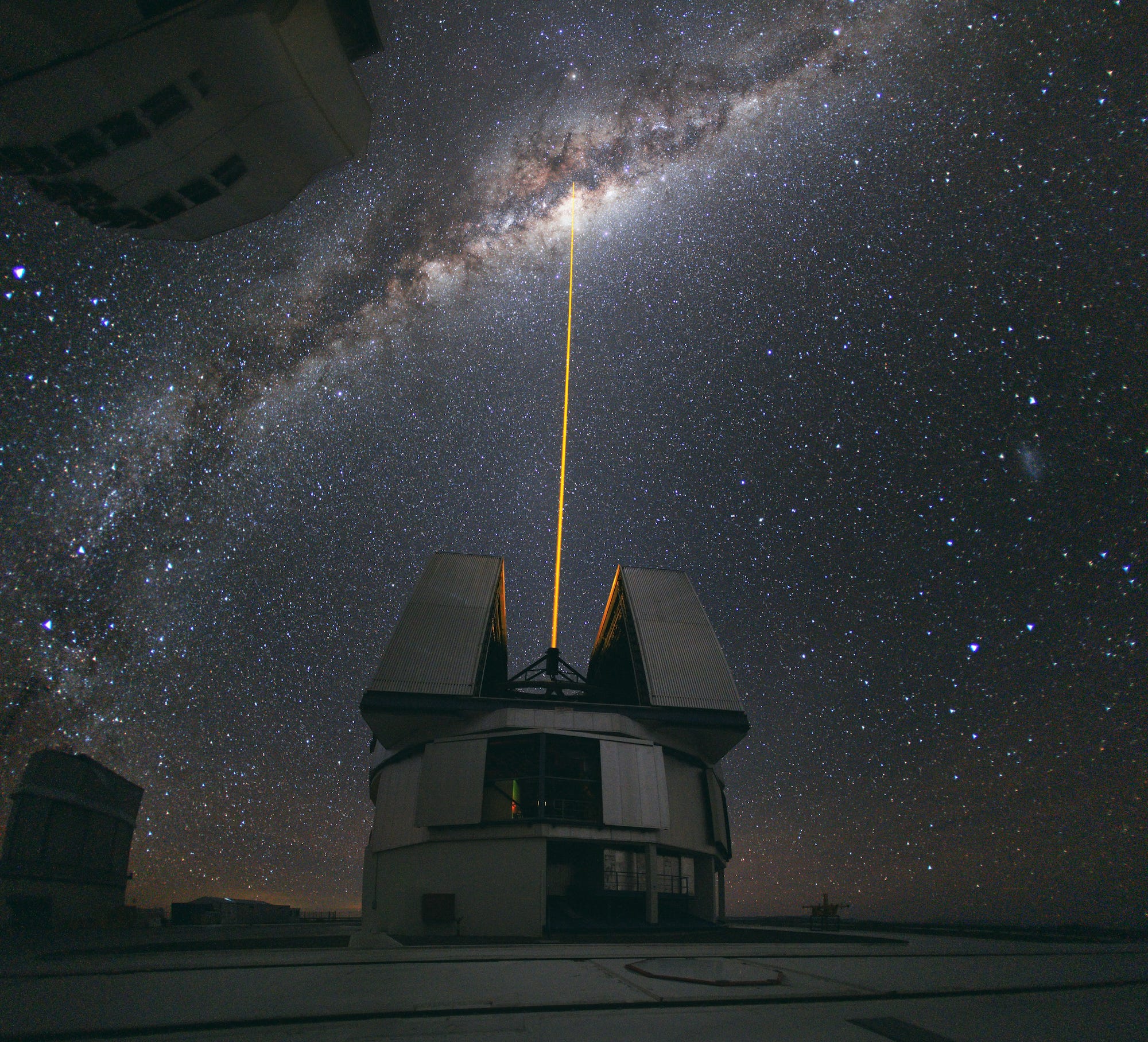 It can see light in the night sky that’s 4 billion times fainter than those seen with the naked eye.

If Betelgeuse were to explode, astronomers say it would be visible from Earth, even during the day. It might look something like the depiction below. 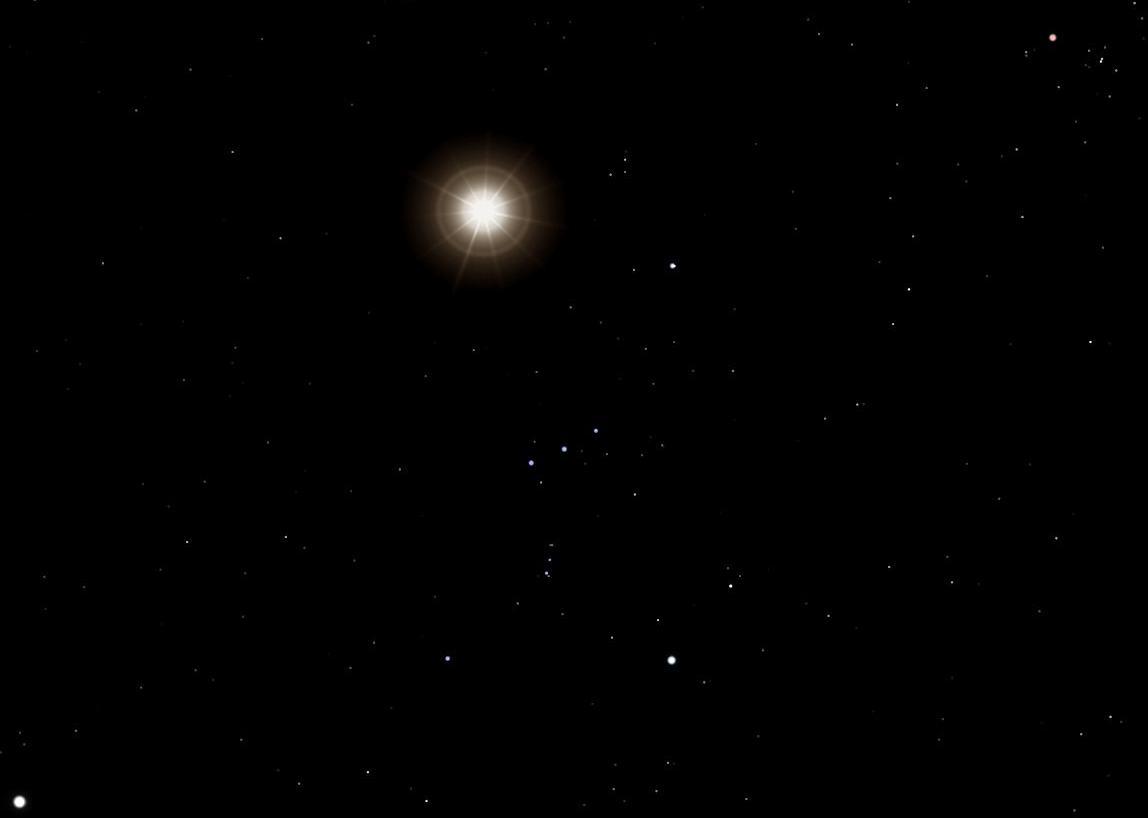 Celestia/WikimediaA rendering of Orion as it might appear from Earth when Betelgeuse explodes as a supernova.

A pair of graduate students at the University of California, Santa Barbara, Jared Goldberg and Evan Bauer, simulated the star’s dying days from Earth, according to Discover Magazine.

The simulation suggests the explosion would be about as bright as the half-moon (nine times less bright than the full moon) for more than three months. That means it could be brighter than the brightest stellar event ever recorded in history: a supernova in the year 1006.

But assuming the dimming does not signal an impending explosion, it could be due to dust around the star. 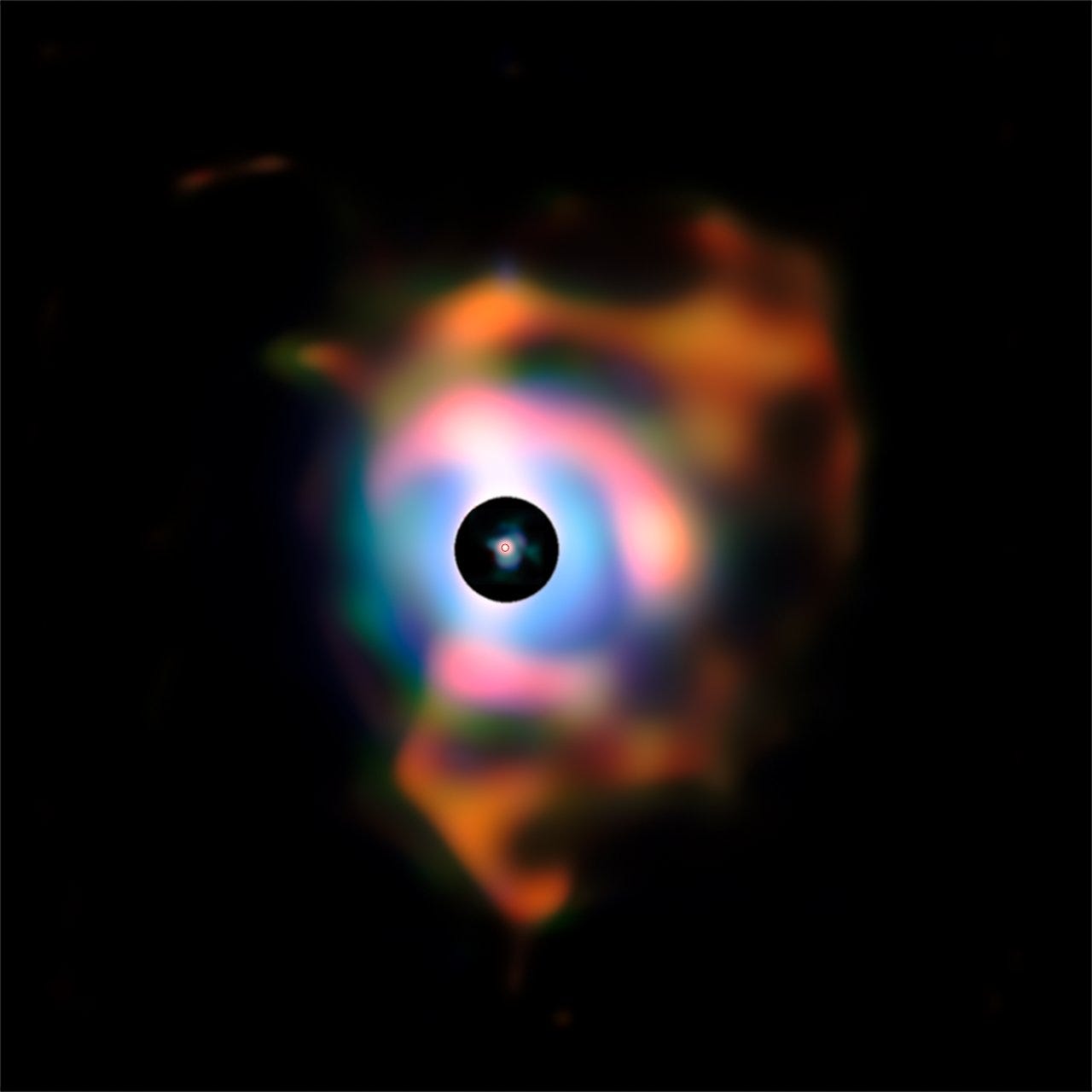 ESO/M. Montargès et al.The active but faint nebula around Betelgeuse can be seen because the star is blocked out by a black disk in this image from the European Southern Observatory’s Very Large Telescope.

Massive stars like Betelgeuse commonly shed some of their material back into space, forming clouds of dust that can block light.

The dimming could also be caused by changes in the heat levels and movement of convection cells on Betelgeuse’s surface. 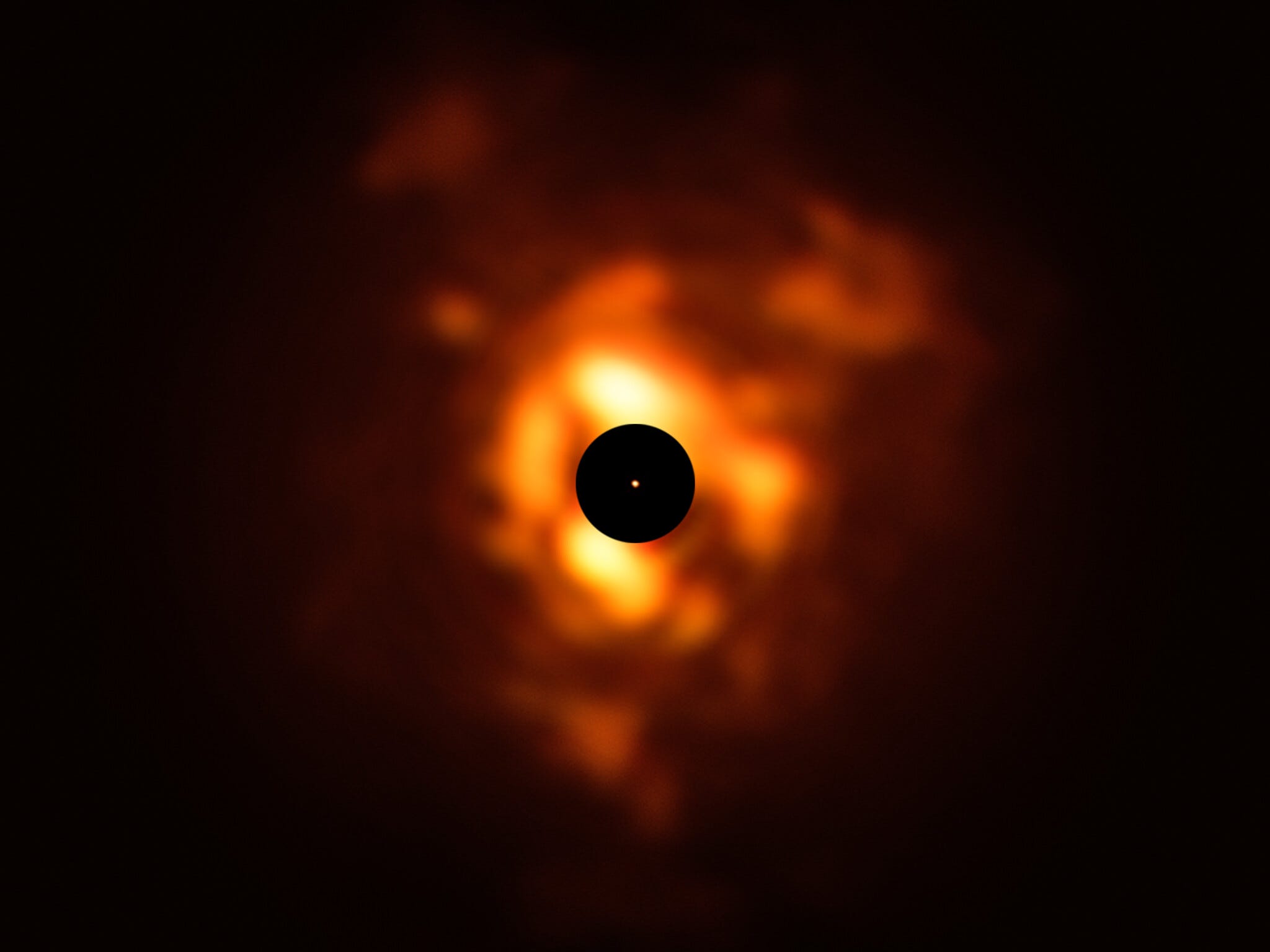 ESO/P. Kervella/M. Montargès et al., Acknowledgement: Eric PantinClouds of dust can be seen in this picture of Betelgeuse because the centre of the bright star that would normally obscure the dust is blocked out. This image was taken by ESO’s Very Large Telescope in December 2019.

The variance in heat levels can make the star appear brighter or dimmer to us.

In astronomy terms, the dimming is called “fainting,” since the star is getting fainter to the naked eye and to telescopes on Earth. European Southern ObservatoryAn image of Betelgeuse, made from a composite of exposures from the Digitised Sky Survey 2.

Astronomers have noted that the rate of the star’s dimming has stabilised in the last 10 days, though, so the next few weeks will be a critical time to observe the star’s luminosity.