Every Wes Anderson movie, ranked according to critics 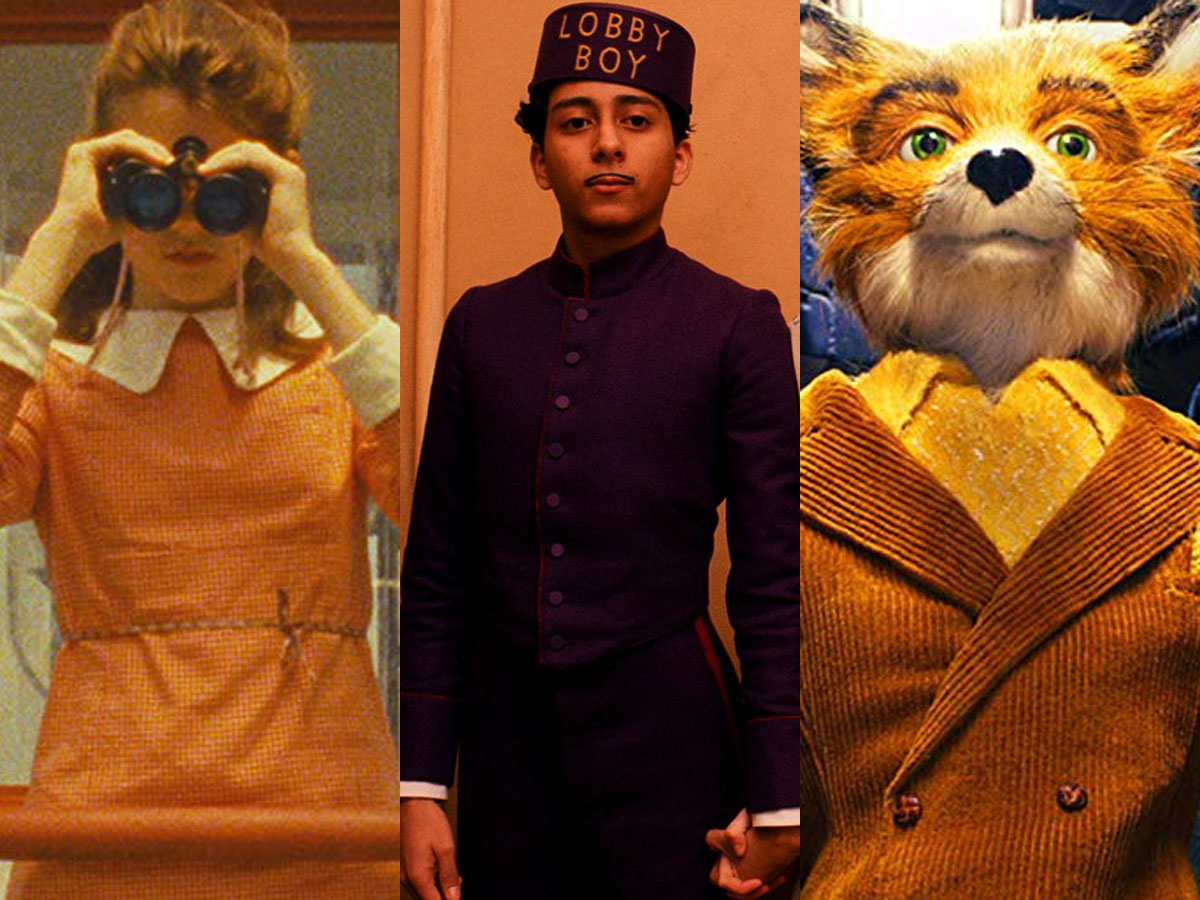 Some of his most well-known films include 2001’s “The Royal Tenenbaums” and 2013’s “The Grand Budapest Hotel.” The director’s most recent work, “The French Dispatch,” follows a newsroom of 20th-century French-American journalists and is scheduled to be released in October 2020.

Over the years, some of Anderson’s projects have been more well-received by critics than others. Here are all of his movies so far, ranked according to critics’ scores on Rotten Tomatoes.

The director’s lowest-rated film is the 2004 movie “The Life Aquatic with Steve Zissou.” 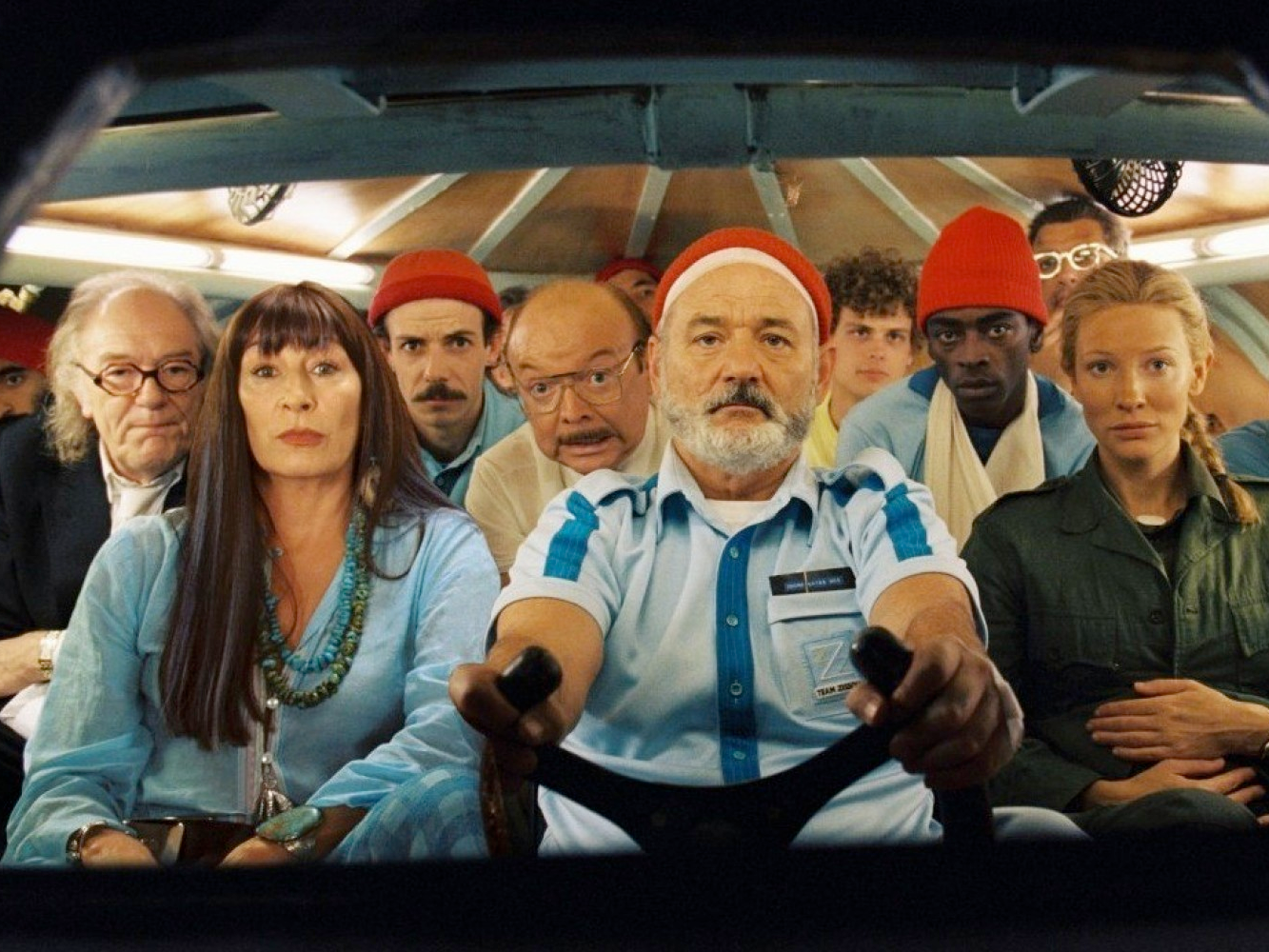 Synopsis: After the titular Steve Zissou’s (Bill Murray) wife is killed by a shark while working on a documentary, the oceanographer and his crew decide to hunt down the creature for revenge in “The Life Aquatic with Steve Zissou.”

The movie is the only Anderson project with a negative Rotten Tomatoes score, as its sense of irony came off as disjointed and smug to many critics.

“[‘The Life Aquatic with Steve Zissou’] seems more an accumulation of moments – many of them hilarious – than a consciously crafted story,” wrote Stephen Hunter for The Washington Post. 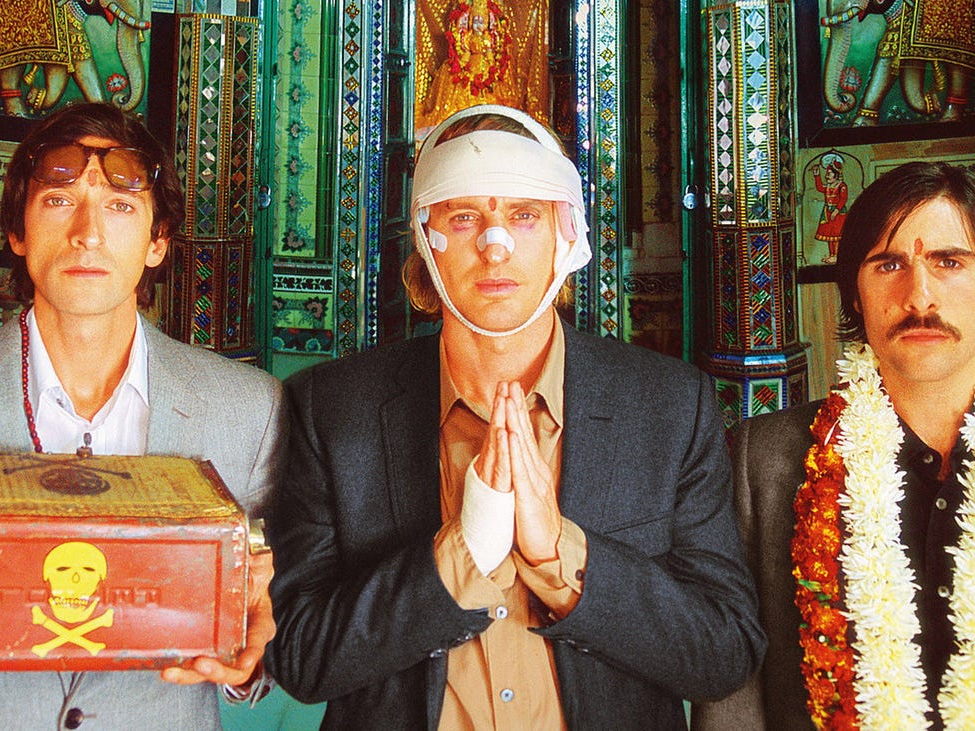 Synopsis: “The Darjeeling Limited” revolves around three brothers played by Jason Schwartzman, Owen Wilson, and Adrien Brody. After not speaking for years, they decide to take a trip across India together.

The film was a bit too precious for some reviewers, but the director’s brand of melancholic, droll comedy kept most of them engaged nonetheless.

“‘The Darjeeling Limited’ isn’t deep; its fey humour and obvious metaphors will surely provide ample fodder for Anderson’s detractors (and those on the fence),” wrote The Washington Post critic Ann Hornaday. “But it’s sweet, and even if the filmmaker’s idea of representing emotional baggage with custom Louis Vuitton suitcases is a bit on-the-nose, it still looks great.” 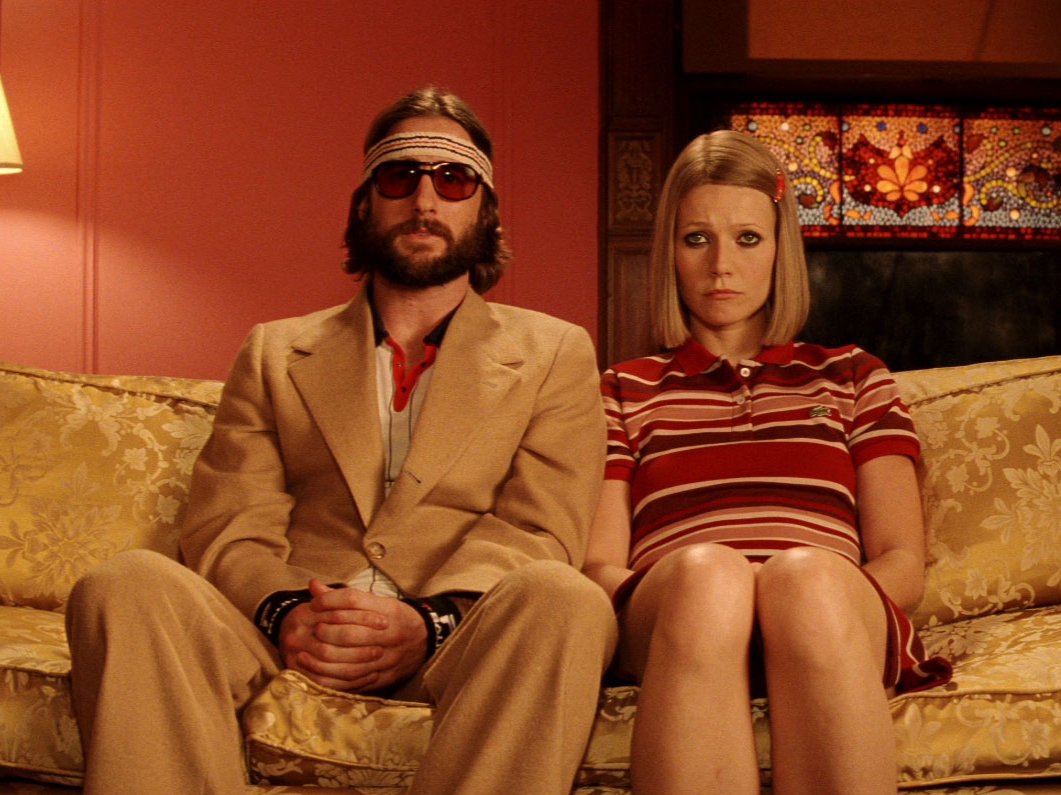 Like many of the director’s movies, it was praised for its quirky, stylised aesthetics. Hackman, in particular, was commended for bringing a poignancy to “The Royal Tenenbaums” through his portrayal of Royal.

“If [Anderson] and Wilson love their actors, characters, and ideas too much to reign themselves in, they at least overreach in the service of one of the year’s warmest, funniest films,”said Nathan Rabin for The A.V. Club. 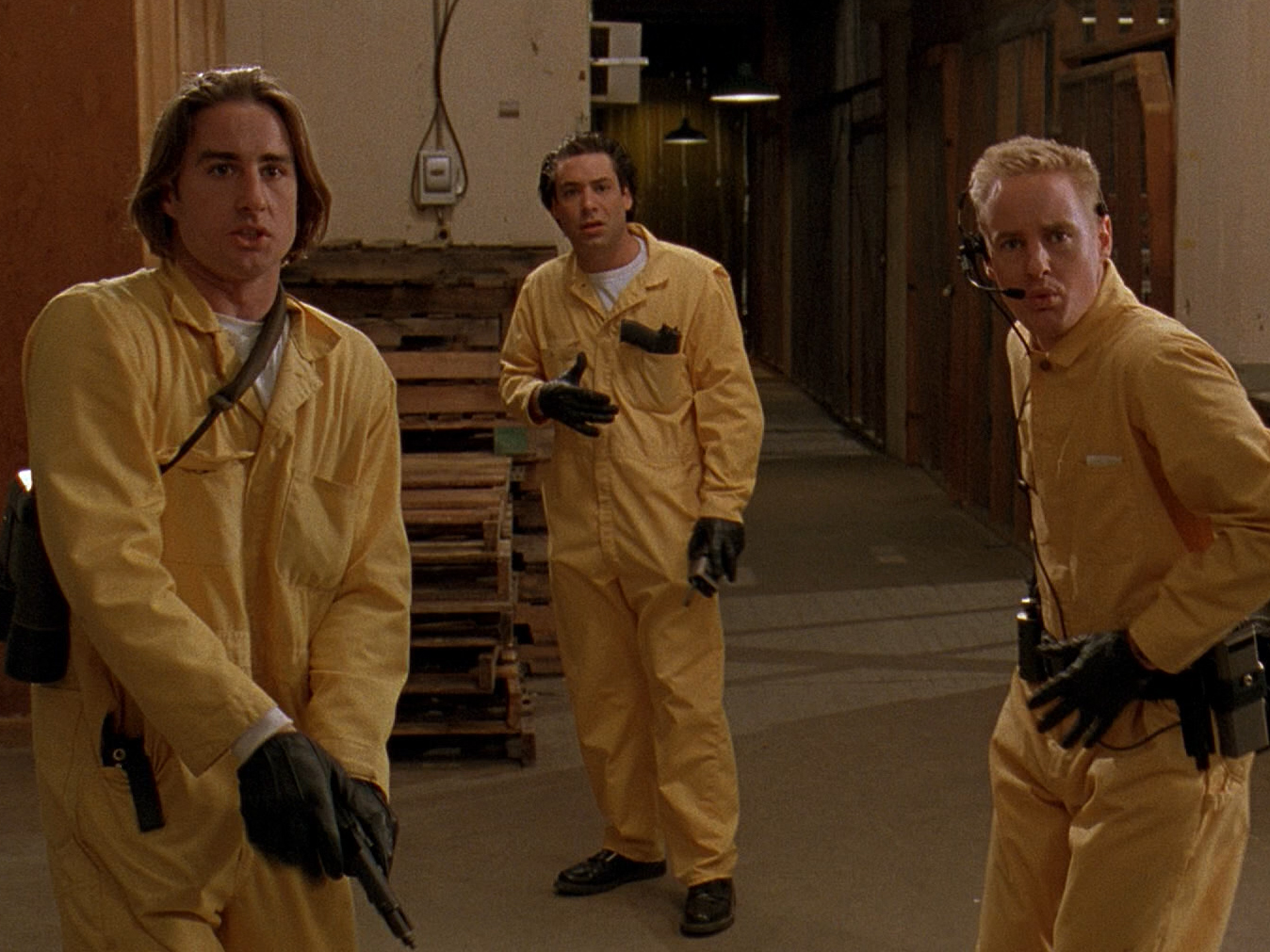 Synopsis: The director’s first movie, “Bottle Rocket,” follows a man named Anthony (Luke Wilson) who is released from a mental hospital and decides to go on a crime spree with his friends (played by Owen Wilson and Robert Musgrave).

The comedy appealed to critics, who were won over by its bright, deadpan humour.

“A confident, eccentric debut about a trio of shambling and guileless friends who become the Candides of crime, Rocket feels particularly refreshing because it never compromises on its delicate deadpan sensibility,” wrote Kenneth Turan for The Los Angeles Times.

His second movie was the 1998 coming-of-age tale “Rushmore.” 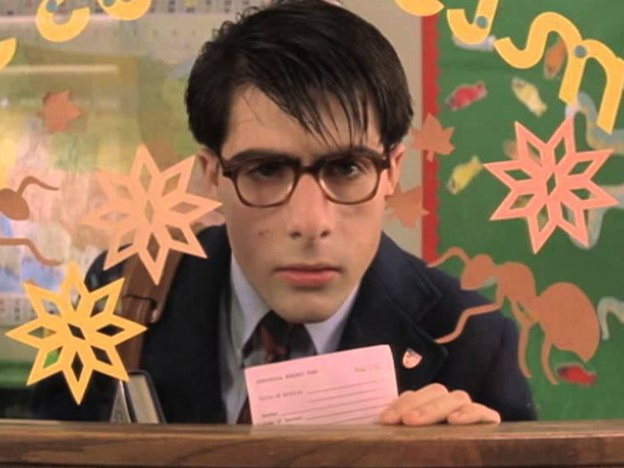 Synopsis: In “Rushmore,” ambitious high schooler Max Fischer (Jason Schwartzman) is expelled from his prestigious school and begins competing with his adult mentor (Bill Murray) for the affections of an elementary school teacher (Olivia Williams).

The quirky indie became a cult favourite thanks to its off-kilter writing and lead performances.

“‘Rushmore’ is an almost indefinable genre of its own. A comedy with a menacing edge? An ironic romance? Hard to call. Anderson, the director and co-writer, and Wilson, co-writer, have a vision like no one else’s,” said The Washington Post critic Desson Howe. 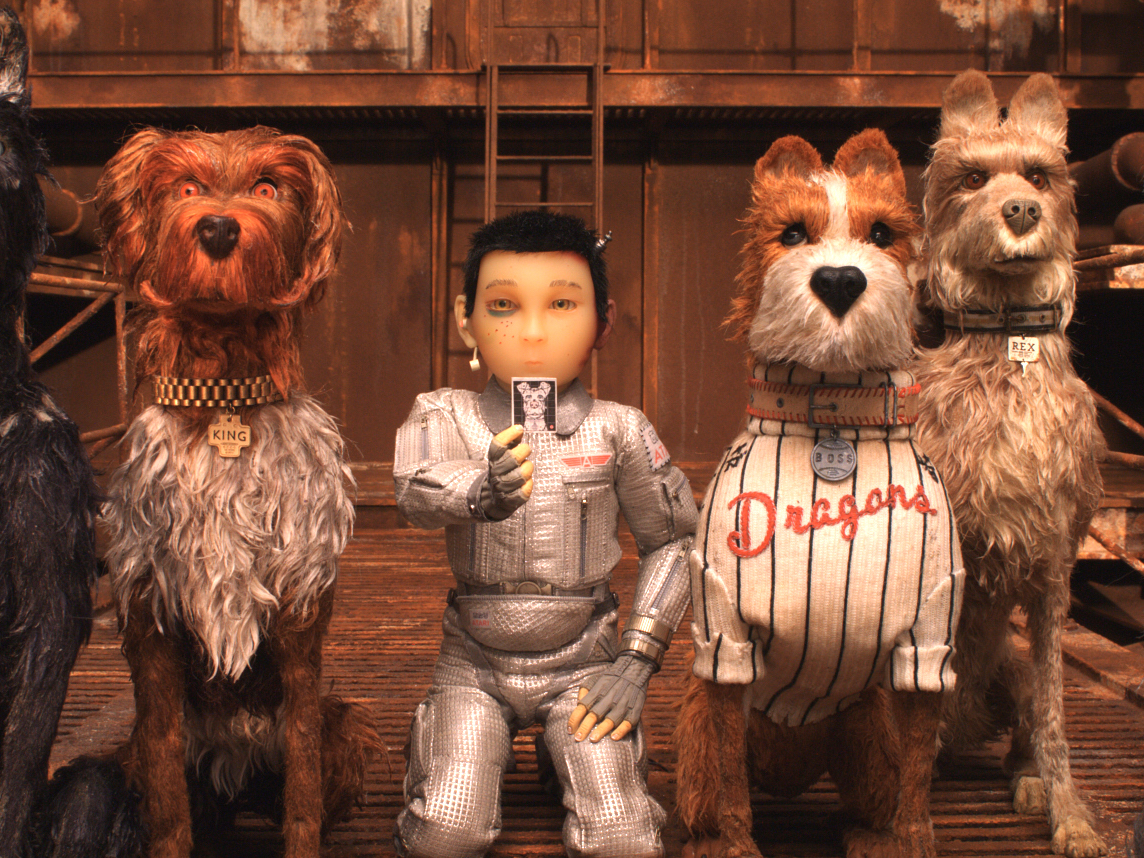 Synopsis: In “Isle of Dogs,” a young Japanese boy (voiced by Koyu Ranking) sets out to find his dog Spots (Liev Schreiber) when all dogs are quarantined on an island after a canine flu outbreak.

While the film received generally positive reviews, it also faced criticism for being stylised to the point of alienating viewers, and for Anderson’s skewed view of Japan.

“It remains more a dazzling conceit or experiment rather than a realised whole,” wrote Mick LaSalle for The San Francisco Chronicle. “We stay on the outside, admiring its originality and all the talent that went into it, without ever really finding our way in.”

“The Grand Budapest Hotel” was a 2014 crime drama that unfolded within a luxury resort. 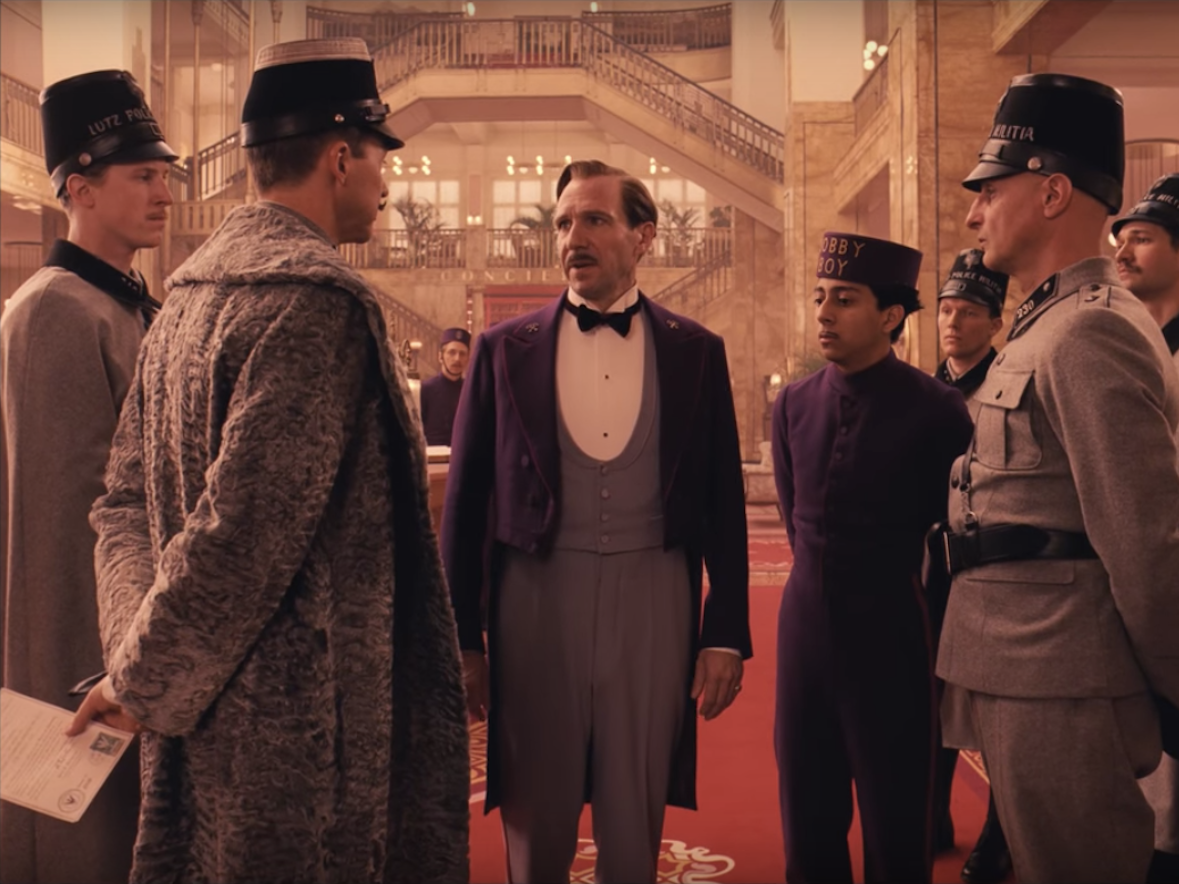 Synopsis: Set in a 1930s European resort between the two world wars, “The Grand Budapest Hotel” follows the adventures of a concierge (Ralph Fiennes) and his friend, a lobby boy named Zero (Tony Revolori).

More of a traditional screwball movie than the director’s other films, “The Grand Budapest Hotel” was lauded for its comedic ensemble and underlying emotional core.

“This is one of Anderson’s funniest and most fanciful movies, but perversely enough it may also be his most serious, most tragic and most shadowed by history, with the frothy Ernst Lubitsch-style comedy shot through with an overwhelming sense of loss,” wrote Andrew O’Hehir for Salon. 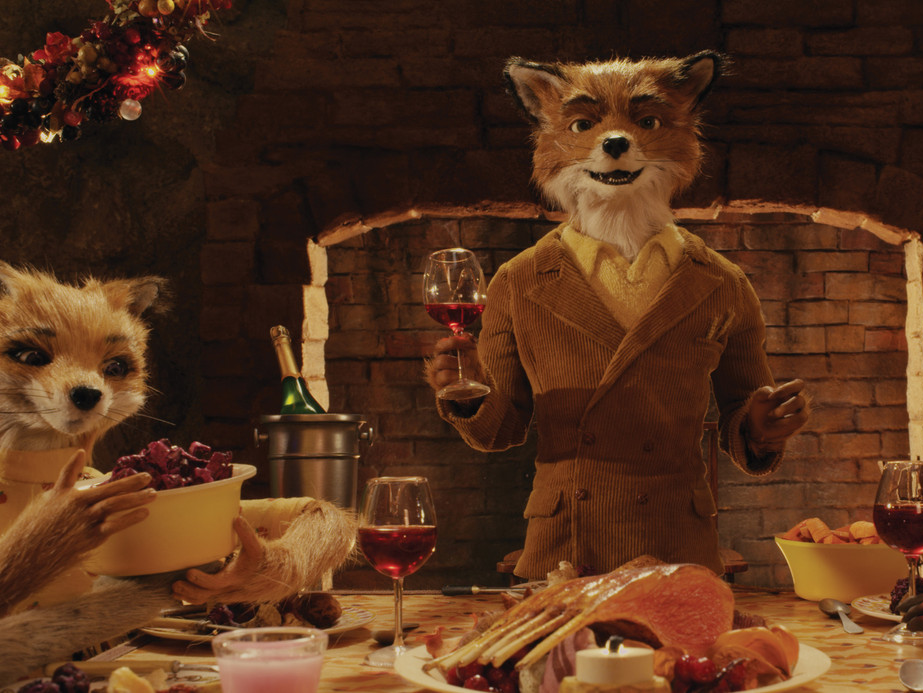 Synopsis: In “Fantastic Mr. Fox,” George Clooney voices a fox who gets in trouble with his wife (played by Meryl Streep) and animal friends when he begins raiding nearby humans’ farms.

The movie was Anderson’s first animated feature and was praised for its vivid stop-motion techniques as well as for appealing to adults and children alike.

“By forgoing actual human beings, the director has made his most charming, least annoyingly fey film – a thing of lovely comic wisdom,” said The Boston Globe critic Ty Burr. “Other filmmakers turn to children’s stories when they have kids of their own. Anderson seems to have made this one for his inner child.” 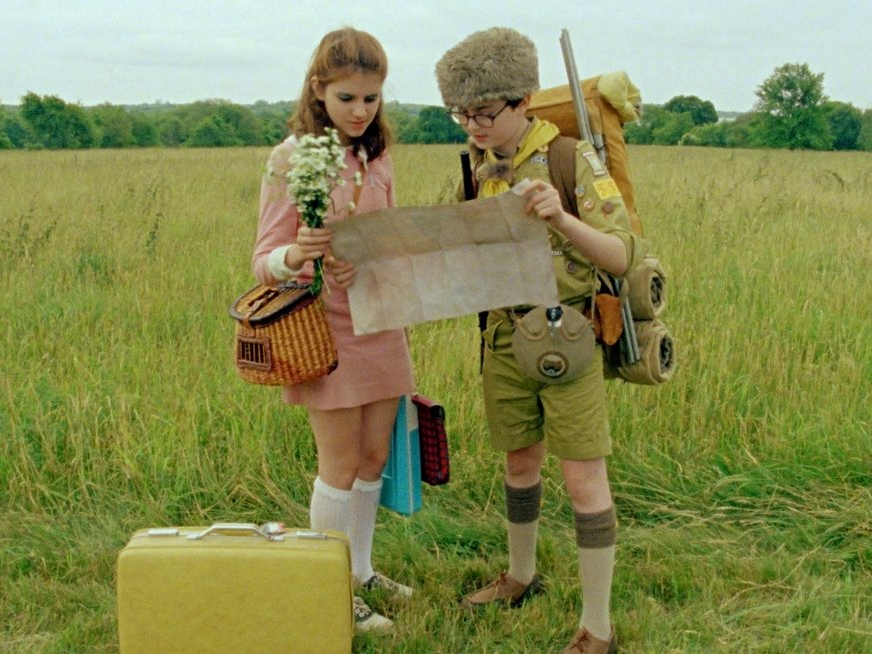 Synopsis: “Moonrise Kingdom” centres around two 12-year-olds (Jared Gilman’s Sam and Kara Hayward’s Suzy) who fall in love and attempt to run away from their New England island home as a major storm approaches.

The warm, poignant comedy was praised for its blend of heart and Anderson’s trademark style.

“The charmingly oddball ‘Moonrise Kingdom’ takes place in a world where everything seems pleasantly faded, where people read crackly-covered library books rather than e-books, and where young people are allowed to be genuinely innocent,” wrote The Seattle Times critic Moira Macdonald.