As a travel journalist with an expertise in Mexico, I usually spend half the year living south of the border â€” except, of course, for this particular year amid the pandemic. So instead of sampling tequila in its birthplace, I reached out to top tequila experts in Mexico and beyond to unearth their favourites. More often than not, we associate the word “tequila” with bad decisions followed by painful mornings. Well, it might surprise you know that the tequila of your past was, simply put, not tequila. And until you’ve had the real deal, you don’t know what you’re missing.

“Great tequila starts with great agave,” tequila expert Iliana Partida told Business Insider. Agave is the raw material for tequila. “First, you want to make sure that your tequila is 100% de agave, which means that all of the alcohol in the tequila is distilled from the agave plant.” Partida is a fourth generation master distiller at Tres Agaves, based in Jalisco, Mexico.

What you drank in college was definitely not 100% de agave. That tequila, called mixto, can have as little at 51% of alcohol coming from agave. The other 49% comes from other alcohols – and usually the cheap stuff – which is why you may not have fond memories of drinking it.

But it can’t be just any agave. 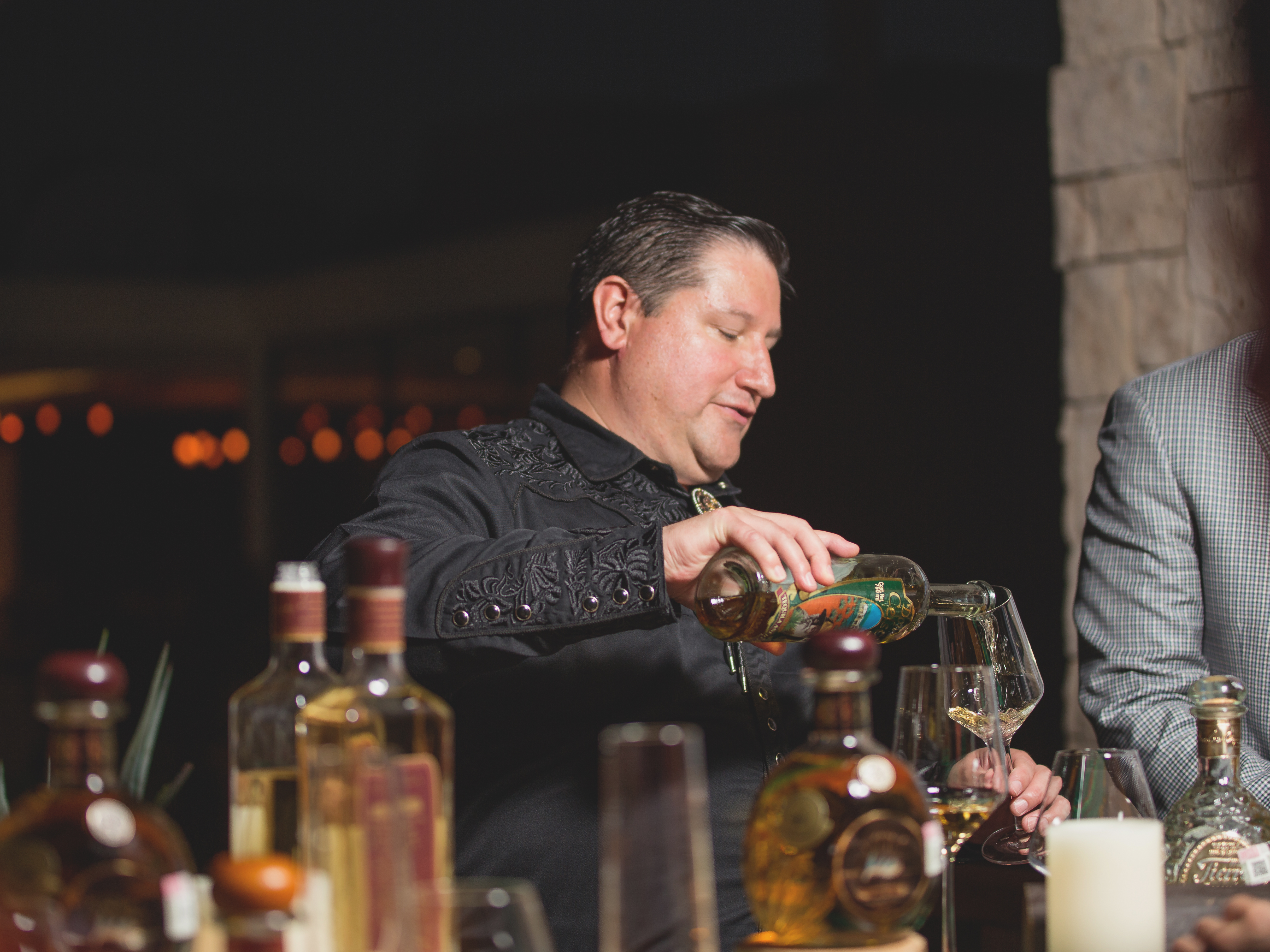 In order for it to be pure tequila, it must be produced from the Blue Agave plant, and a plant that has matured for a minimum of six years. “The optimum maturing time is nine years, but still the best tequilas are made with agaves that are at least six years in the ground,” said Juan Bonilla, CEO of Juan Bonilla Imports, an Atlanta-based company dedicated to importing and distributing tequila. Bonilla grew up with tequila in his blood. His family has owned agave farms for generations in Mexico.

Similar to Champagne, tequila can only truly be called “tequila” when it comes from one of the five designated states in Mexico that have the government designation to make and produce it. The most well-known tequila state is Jalisco, which is where tequila was born.

After harvesting, the agave undergoes a distilling process and then is aged in barrels, steel or oak, to produce its four different types: Blanco, Reposado, Anejo, and Extra Anejo. Blanco tequila is the youngest tequila, meaning that it is aged for less than 60 days. Sometimes it is bottled immediately after distillation. Reposado tequila is typically aged from 60 days to one year. Anejo, which means “vintage,” is aged from one to three years, while Extra Anejo is aged four years.

As for tasting tequila, the experience is quite similar to a wine or whiskey tasting. 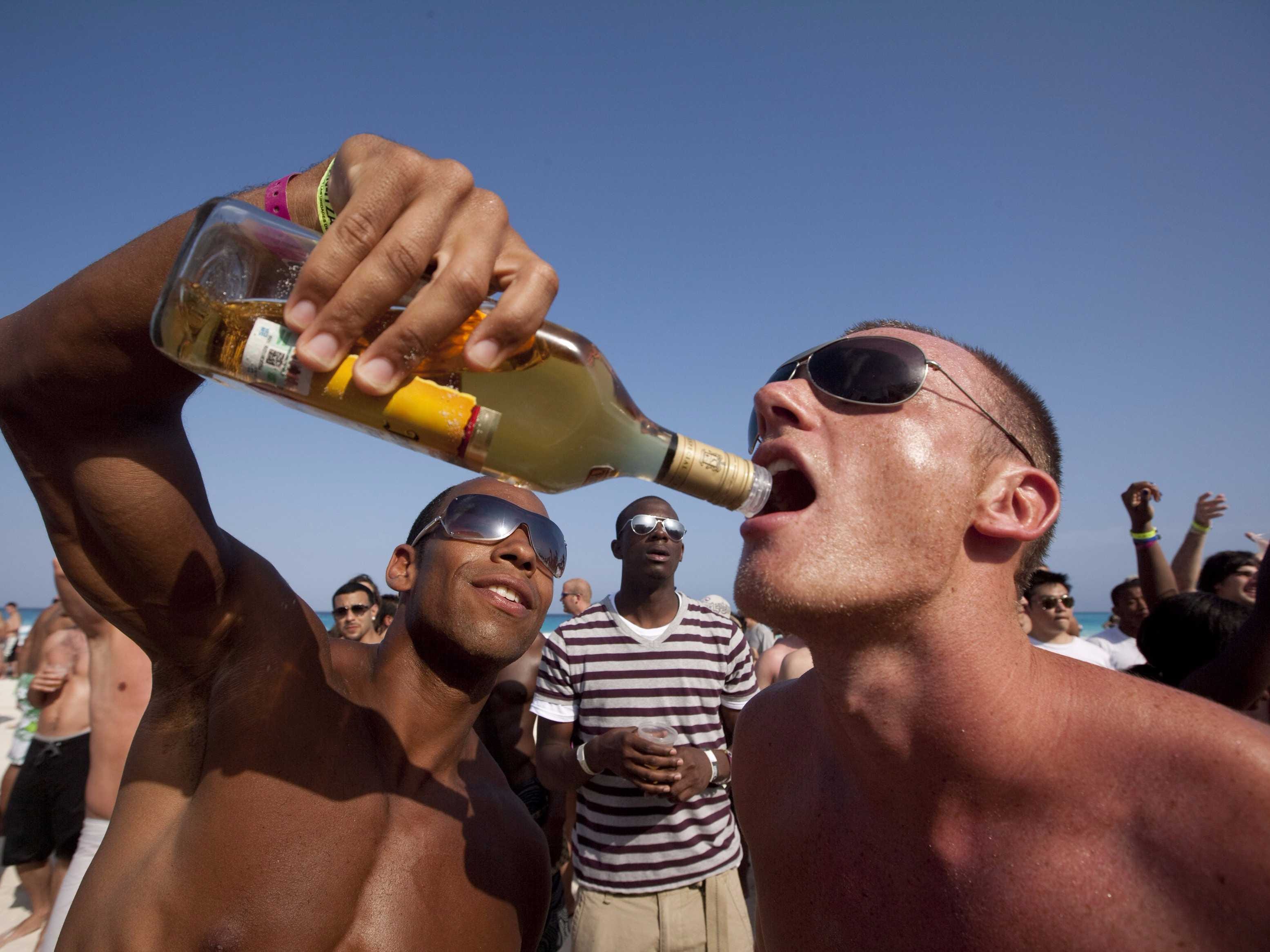 ReutersShots are not the proper way to taste tequila.

There is a “proper” way – and no, it’s not in a shot. Tequilas are always best when sipped, usually neat, to get the raw flavours of the spirit. “Tequila is known to have 600 different aromas,” said Javier Moreno Gomez, Tequila & Wine Sommelier at Grand Residences Riviera Cancun, a luxury resort in Cancun. “Some of them include citrus, mint, floral, honey, oak, almond, vanilla, butterscotch, chocolate, among others.” The basic tasting method for tequila is: swirl, sniff, sip, swallow.

So now, without further ado and in no particular order, here are 13 of the best tequila brands out there, according to our experts. The family that produces the Don Nacho tequilas have been harvesting agaves for more than two generations. They are one the largest producers of agave in Mexico. “[The family] gives agaves to a lot of other tequila companies, but they harvest the best for their own,” said Bonilla. “[Don Nacho] is 100% de agave with no additives. The taste is superb.” 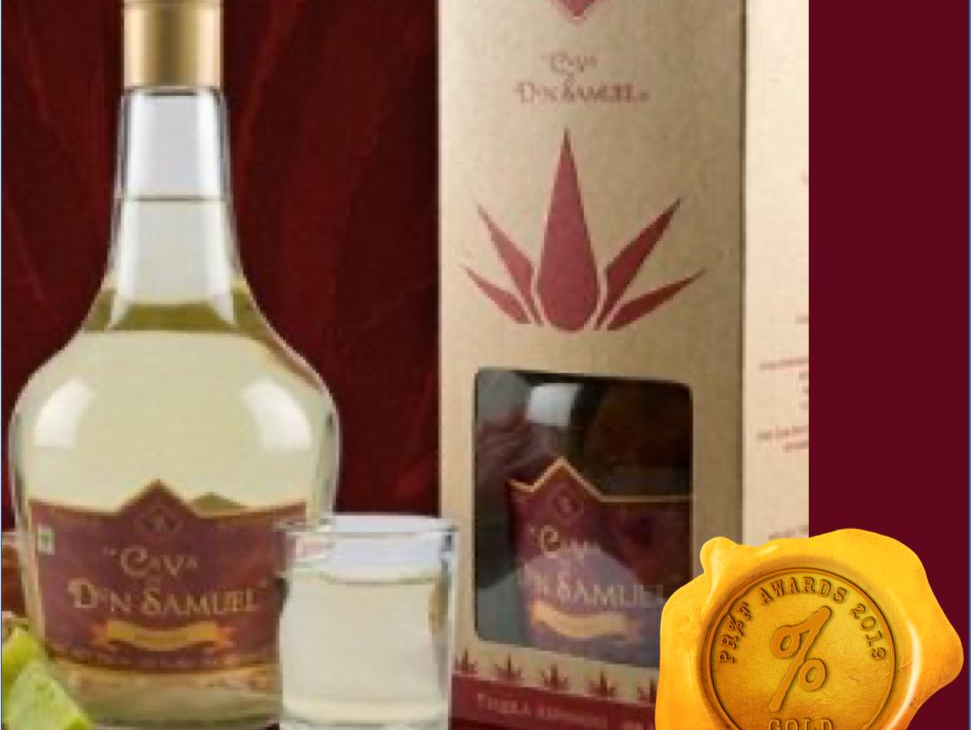 From the small highland town of Atotonilco in Jalisco comes this extraordinary line of tequila.

“Don Samuel was one of the biggest commercial entrepreneurs in the town,” said Bonilla. “In 2007 he created a special production of around 10,000 bottles of Reposado tequila. This reserve is so unique, and there are not that many on the market. It must be tried.” 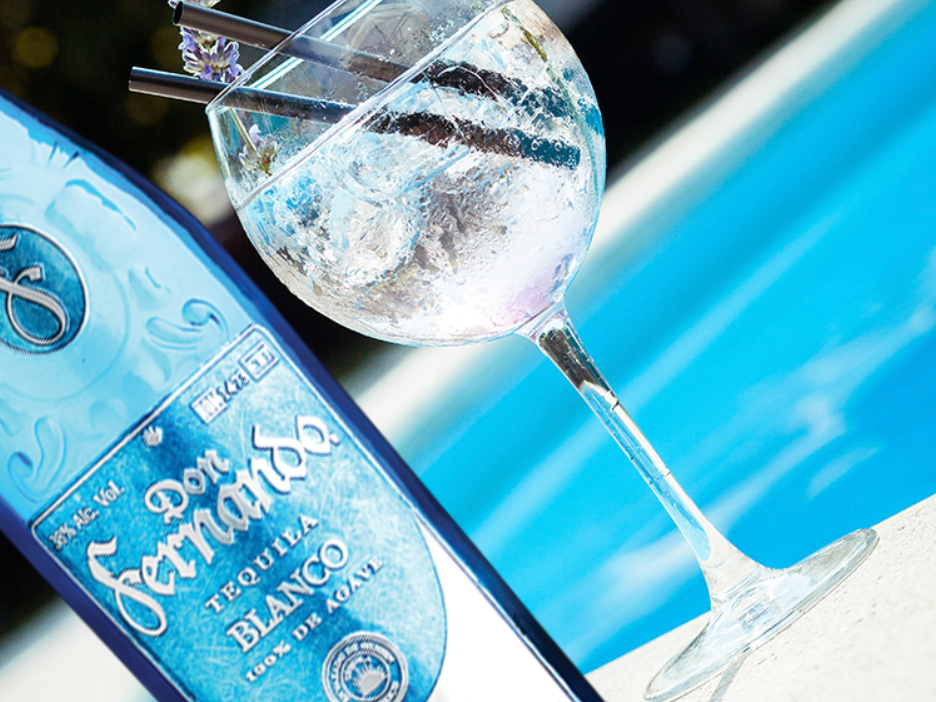 Don Fernando tequila is grown and produced in the lowlands of Jalisco, which gives it a dry flavour. “This gives it a very subtle taste,” said Bonilla. “The location brings a lot of natural spring water into the mix, which is just amazing.”

Don Fernando has a regular line of tequila, which produces Reposado and Blanco. They also have a premium line, which includes Anejo and Extra Anejo. “I always sip Anejo with some chocolates, berries, or nuts around to snack on when I do – maybe some water, too, so I don’t dehydrate myself,” said Partida. “I just love the combination of flavours – the caramel and vanilla from the Anejo with the sweet and bitter combinations of the snacks.” 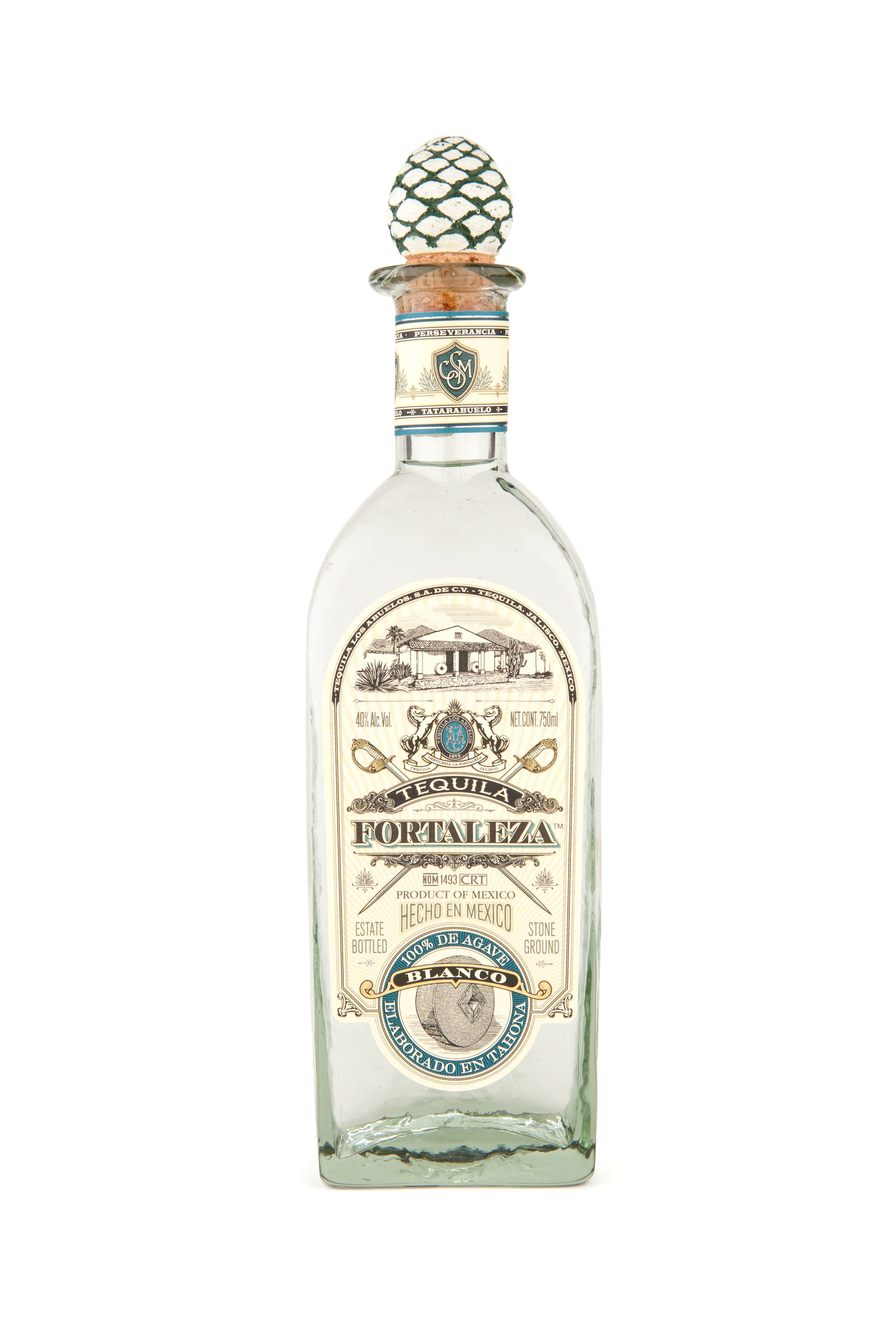 “A tried and true brand, the brand’s commitment to heritage shows itself in the consistently pungent agave flavour that is good enough to enjoy neat, and powerful enough to stand out in cocktails,” said tequila expert, Tess Lampert. Lampert is a New York-based educator and writer about agave spirits. She consults with top tequila brands and restaurants and organizes events across the nation to educate consumers, trade, and media on all aspects of agave. 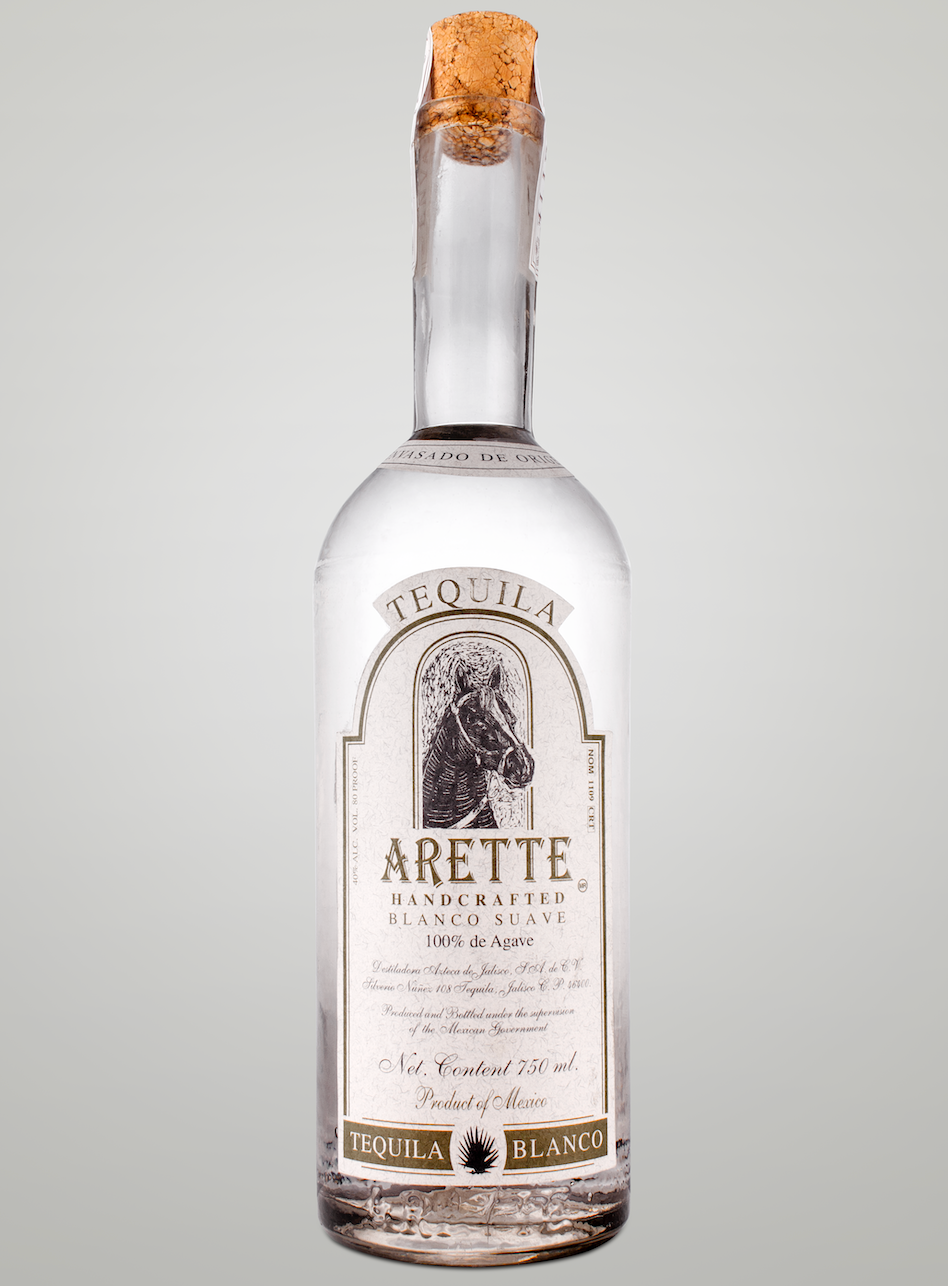 “A lot of folks have gone down the path of considering Blanco tequilas the best for ‘shots.’ I prefer sipping them from a Reidel glass to elevate the experience, and really enjoy the complexities and nuances of the agave characteristics,” said Yuseff Cherney, founder and master distiller at Cutwater Spirits. He has been distilling spirits for 10 years and his distillery has a partnership with a family-owned distillery in Jalisco. 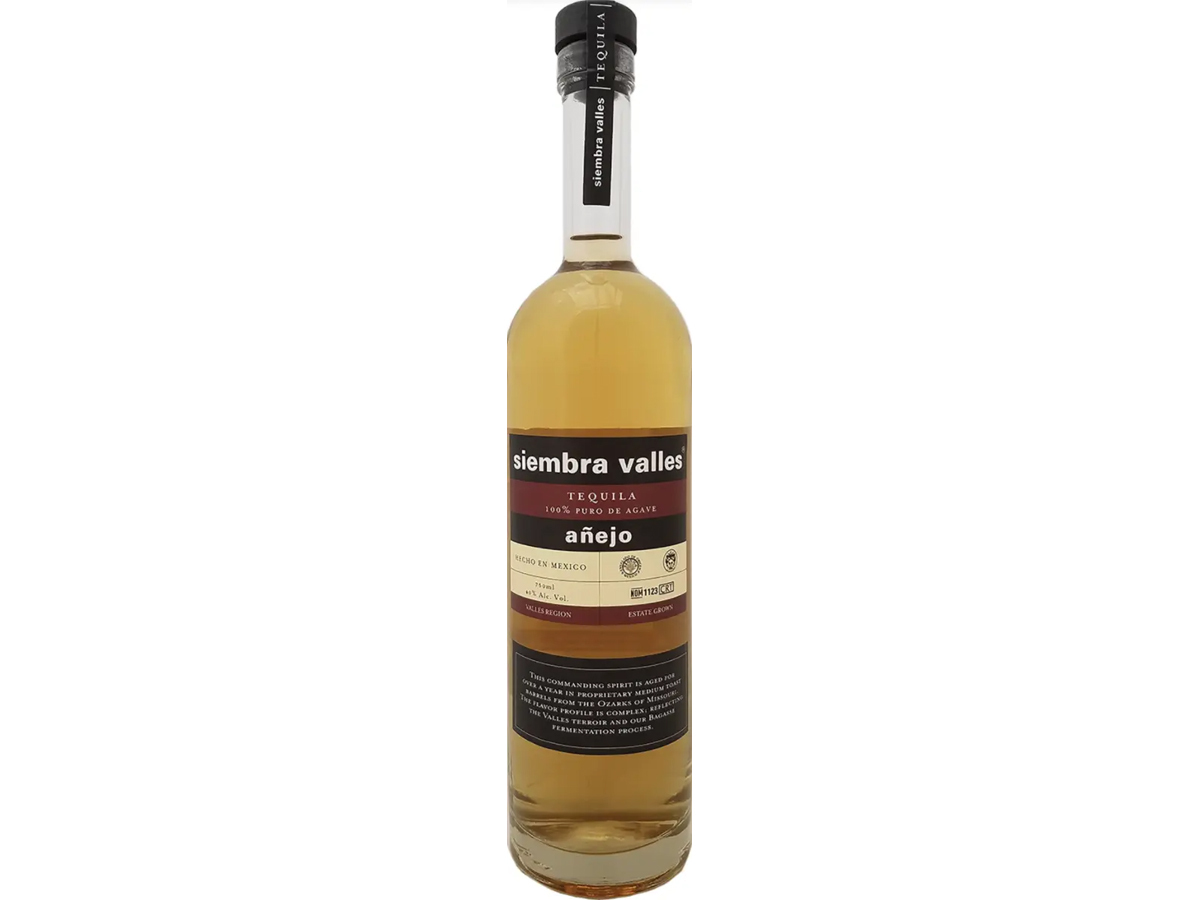 Full-bodied and caramel in colour, Siembra Valles Anejo has scents of agave, nuts, spices, and vanilla. Lampert said, “This tequila comes from one of the few producers that expertly ages tequila for a final product that is smooth and full of barrel complexity, without losing the agave core.” 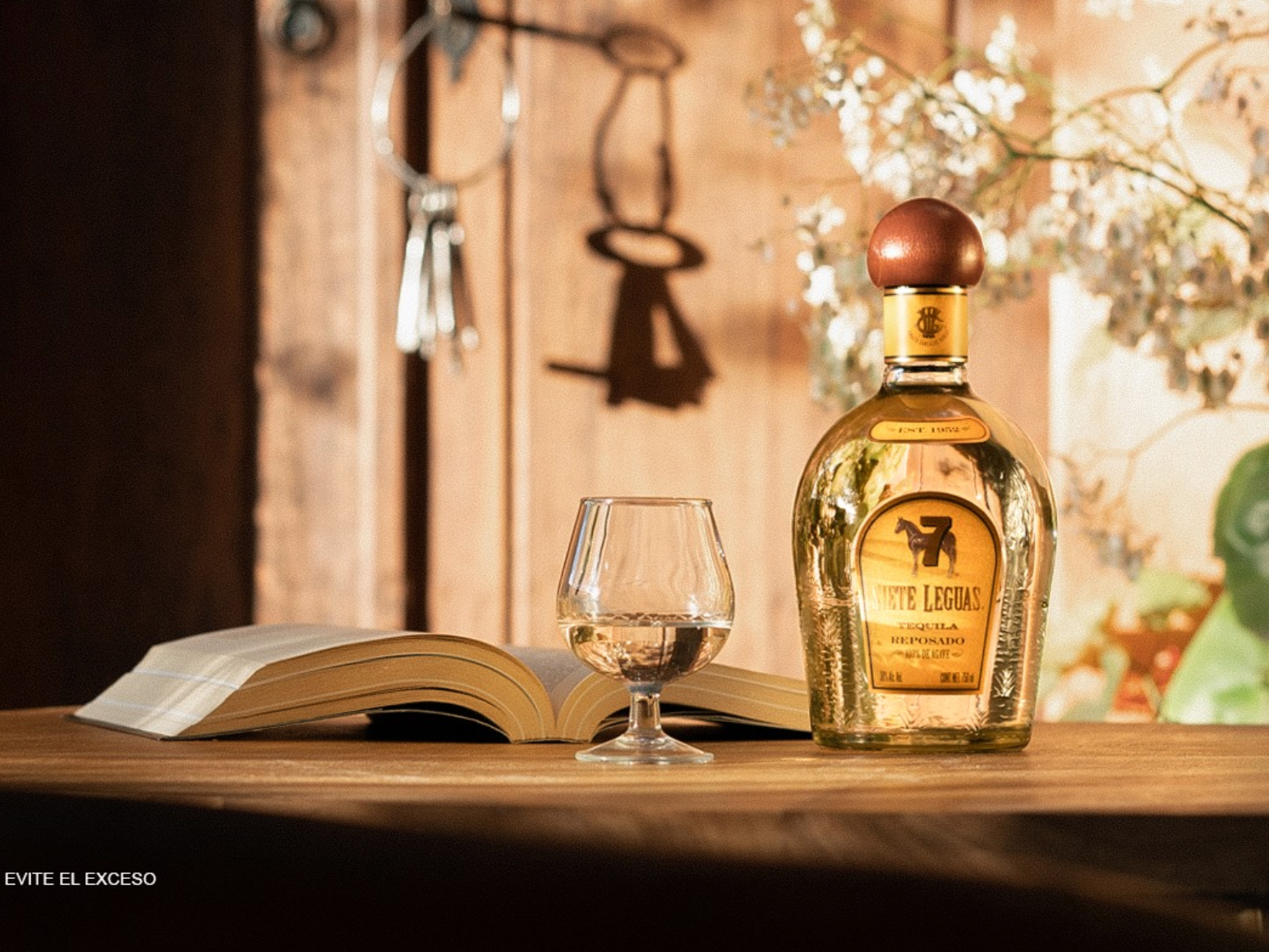 Excellent for both sipping and mixing, Siete Leguas Reposado is an absolute pleasure. “This is a magical tequila,” said Lampert. “I have been including it in guided tastings for years and it is always a crowd favourite. It is so well-balanced with powerful agave flavours, while integrating the soft wood notes.” 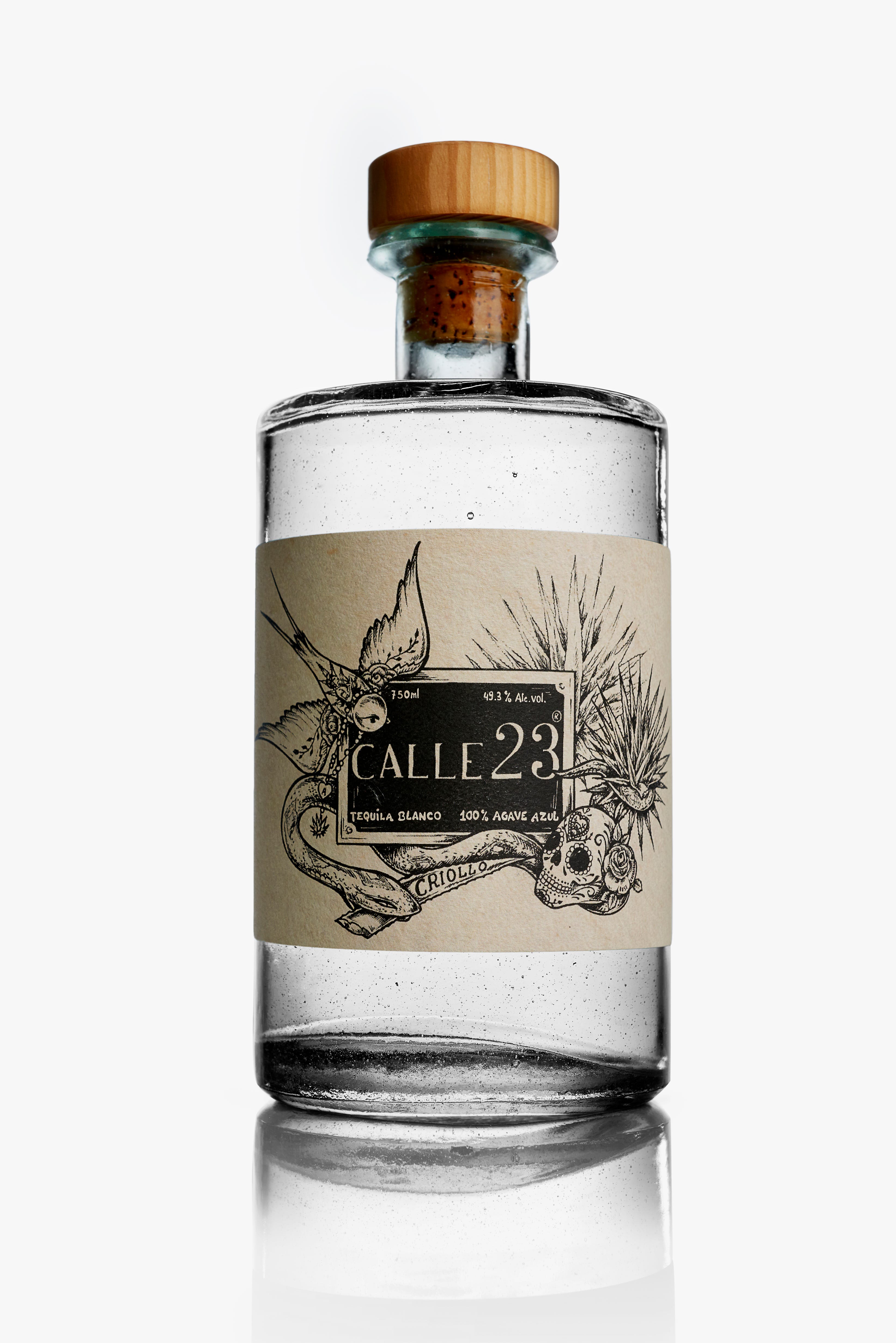 The product is from French biochemist Sophie Decobecq (one of the few female tequila producers in the industry). Her tequila,Calle 23, is produced in Los Altos, Jalisco.

“I particularly tend to stay with Blanco tequilas nowadays, not to say other expressions aren’t worth trying, I just like the taste of the raw mineral in this case,” said Ignacio “Nacho” Jimenez, one of the most acclaimed bartenders in the country. Originally from Mexico, he leads the bar program at Ghost Donkey in New York, which was named Imbibe magazine’s cocktail bar of 2020. “Her Blanco has a nice velvet palate complemented by nice earthy and herbaceous notes.” 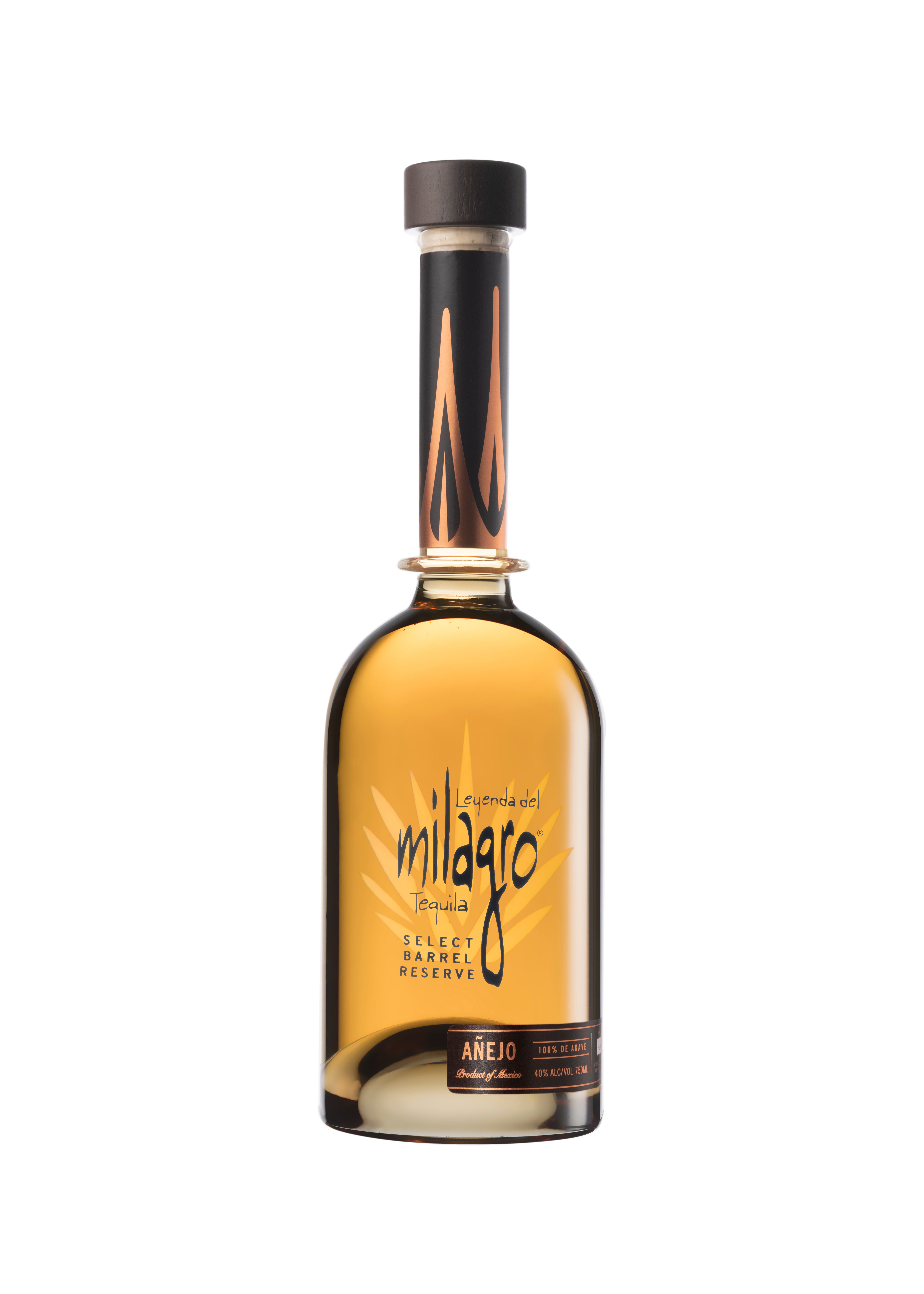 From the highlands of Jalisco comes this premium line of tequila, from 100% estate-grown agaves.

“By law all tequila must be distilled twice, however a select few choose to distill a third time, like this one,” said Jimenez. “This expression is aged three years in French white oak barrels that have been heavily roasted. The result is a rich amber colour tequila with some soft and well-integrated oak on the nose, and on the palate cinnamon spice and white pepper.” 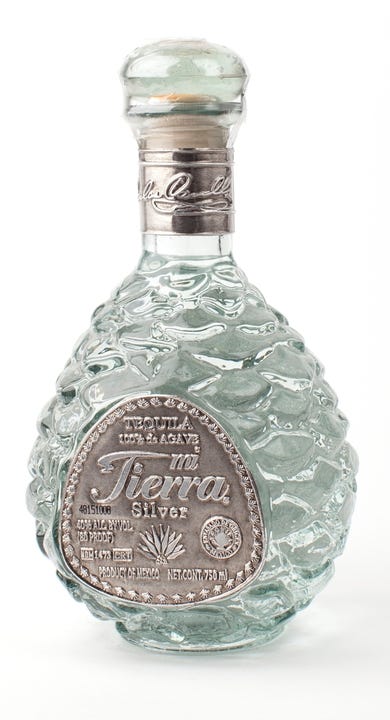 Tequila Mi Tierra is a very small, boutique producer. The extra attention and focus allows them to be exceptional across the board from their blanco to their extra anejo. “The water in the region [in Jalisco] gives a unique touch,” said Bonilla. “The natural flavours from the soil can be detected giving a peppery sensation. There is a great finish and aroma. Both the reposado, the anejo, and the extra anejo have an outstanding nose.” Bonilla recommends all for sipping, but says that both the blanco and reposado can be used for mixing. The anejo and extra anejo should be sipped, for sure. 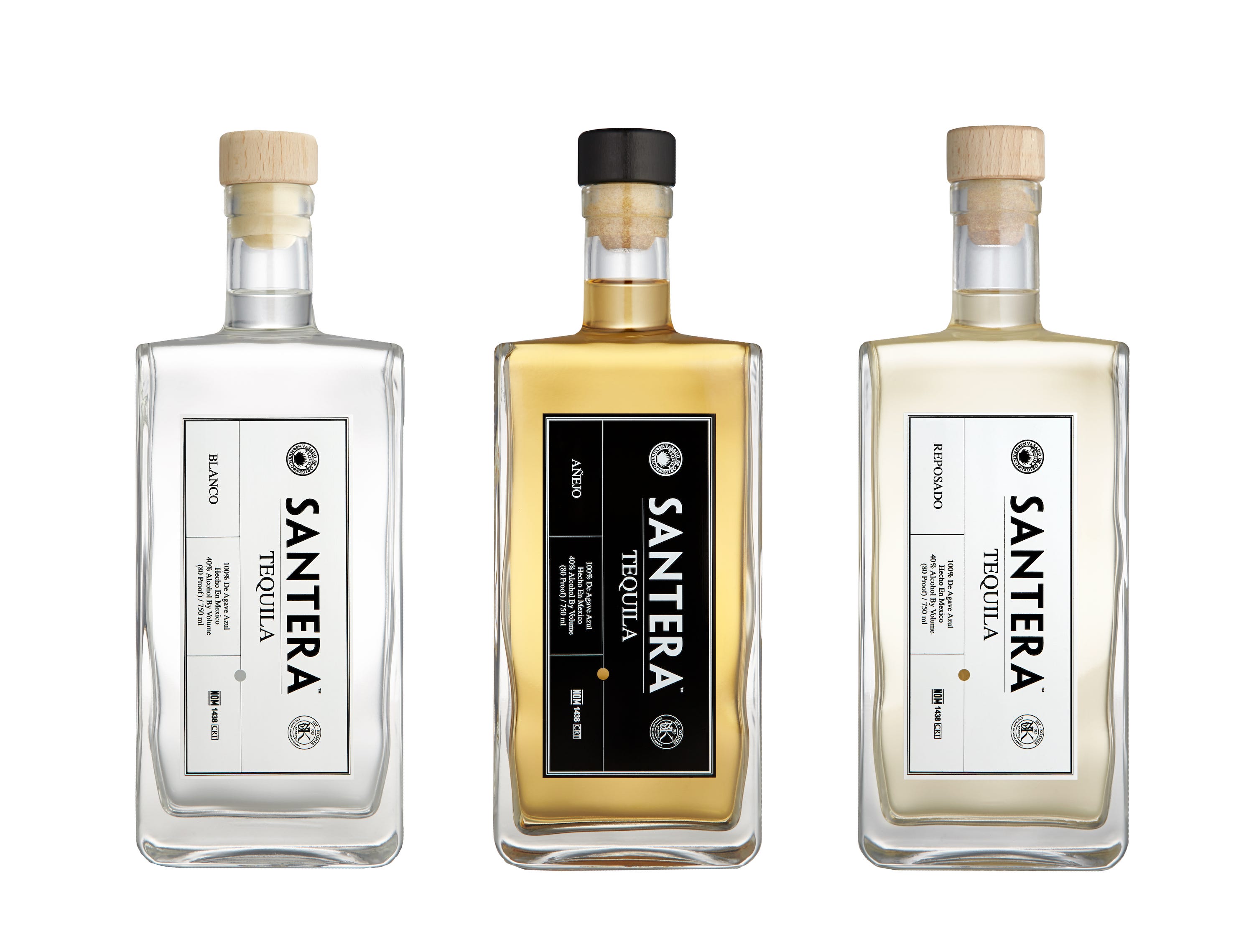 Hailing from Jalisco, Santera Tequila is born from the soil of the now-sleeping Volcan de Tequila in the northern highlands. While the last eruption was more than 22,000 years ago, the volcano’s red soil fosters beautiful blue agave today, and it’s from these agaves that Santera is born.

The Santera Reposado is aged in American oak up to seven months and has hints of that oaky flavour, along with touches of cinnamon. The Anejo is aged up to 16 months and threads in notes of leather and tobacco.

“Santera is an excellent example of brick oven-roasted agave being used to craft a tequila,” said Freddie Sarkis, chief cocktail officer at Liquor Lab in New York City. “It is elegant with a peppery finish.”

He recommends Santera for sipping, but the Blanco is also bright and citrusy when mixed in cocktails. 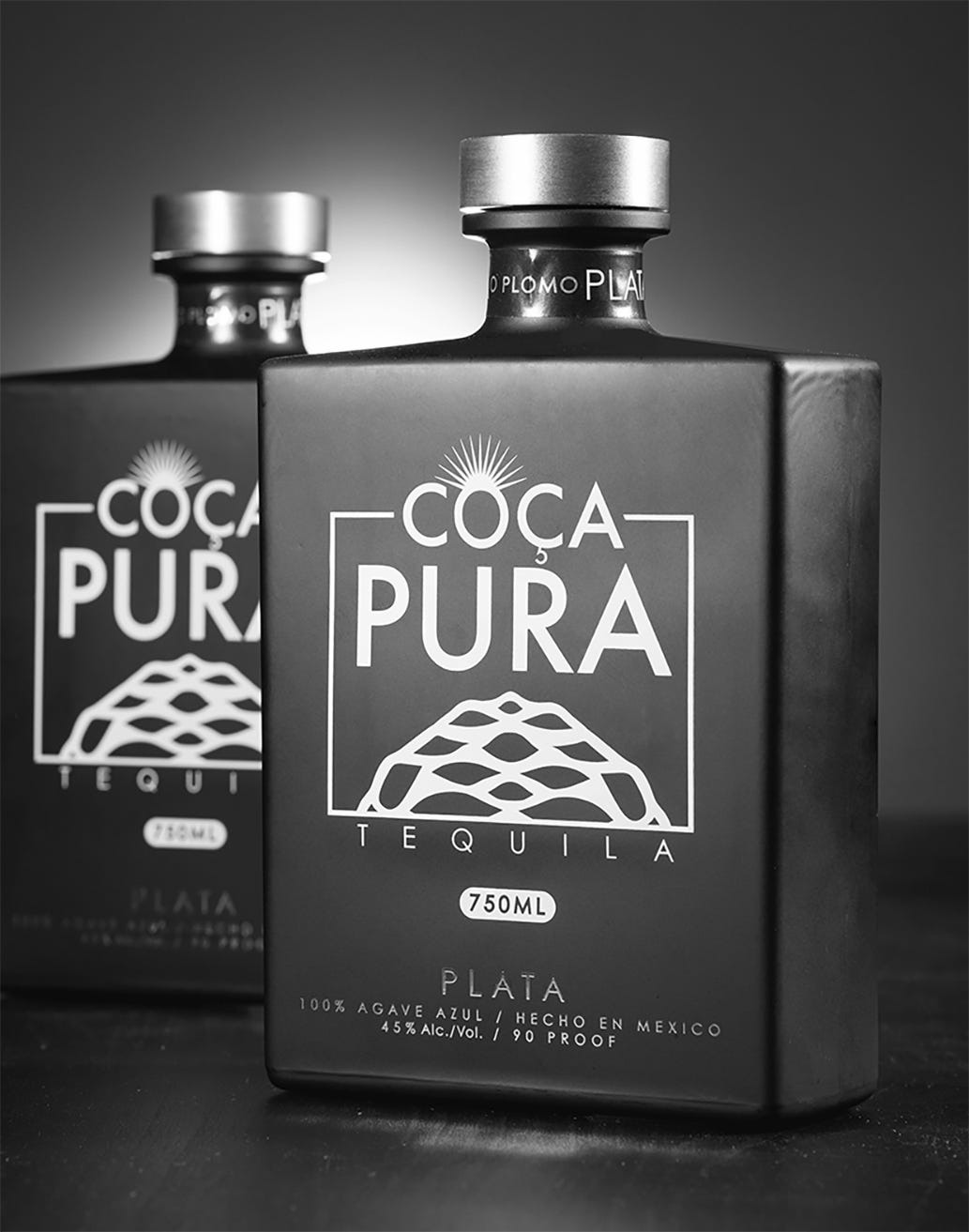 Blanco tequilas have the reputation for being harsh on the palate, but this doesn’t necessarily have to be the reality. There are plenty of fantastic Blanco tequilas that are delicious and smooth as sipping tequilas. For Anthony Baker, cocktail professor at Momentum Mixology, Coça Pura Plata is one to know.

“It is a blanco tequila with a higher-than-normal ABV – 90 proof – yet extremely smooth,” he said. “These qualities make it perfect for boozy tequila cocktails, and even good enough to just sip.

Baker said the reason behind the smoothness is due to the ageing process. The tequila is aged in a barrel for just under two months, which means it’s just as smooth as a Reposado, but can still legally be called a Blanco.

“In fact, it’s so lovely and smooth, I’ve used it in an espresso martini-esque cocktail, and it came out absolutely perfect. These types of cocktails typically call for vodka, but I needed something clean with a fuller body to it.”