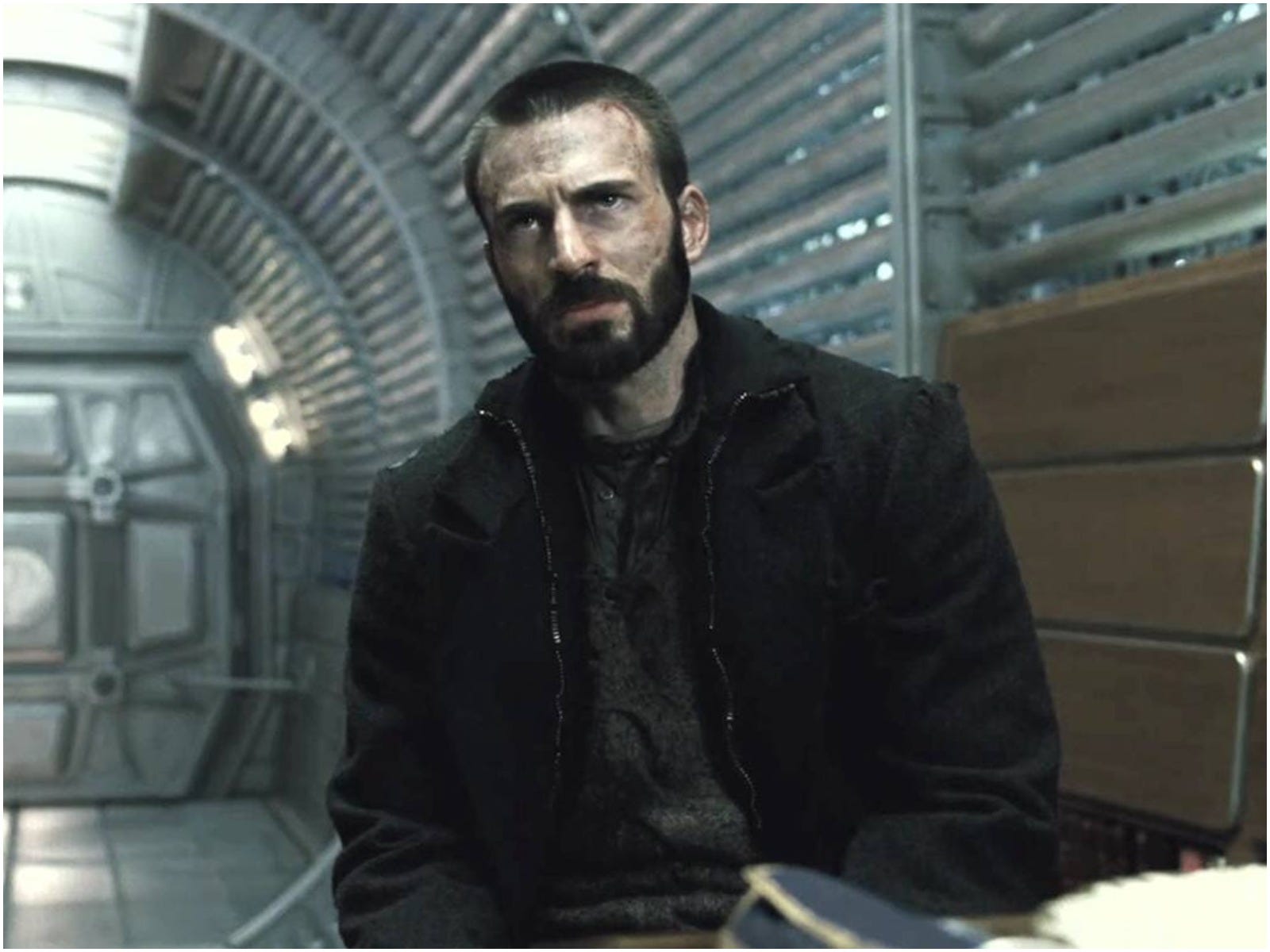 Sometimes you just want to escape your real life and get immersed in the futuristic, mind-bending worlds of science fiction. Luckily, Netflix has you covered.

The streaming site has a strong selection of sci-fi movies to choose from. Standouts include genre classics such as “Back to the Future,” as well as the dimension-hopping superhero film “Spider-Man: Into the Spider-Verse.”

There are also numerous science fiction thrillers available to stream, such as “Snowpiercer.”

Here are 13 great sci-fi movies you can stream on Netflix right now.

Insider has many movie and TV show lists to keep you occupied. You can read them all here.

Abby Monteil contributed to an earlier version of this article.

“The Lobster” is a quirky satire of our society’s obsession with coupledom. Despina Spyrou/A24Colin Farrell and Rachel Weisz star in ‘The Lobster.’

Netflix description: “In a near-future world, single people are hunted and forced to find mates within 45 days, or be turned into animals and banished to the wilderness.”

Why you should watch: While the basic premise of “The Lobster” sounds reminiscent of a dystopian version of “The Bachelor,” the film soon morphs into a strangely moving rumination on the struggle to find love in a society rooted in aspirational coupledom.

Fans of director Yorgos Lanthimos’ most recent movie “The Favourite” will likely enjoy the similar brand of absurdist tragicomedy on display here.

Oscar-winner Bong Joon Ho’s “Snowpiercer” is bound to appeal to fans of “Parasite.” 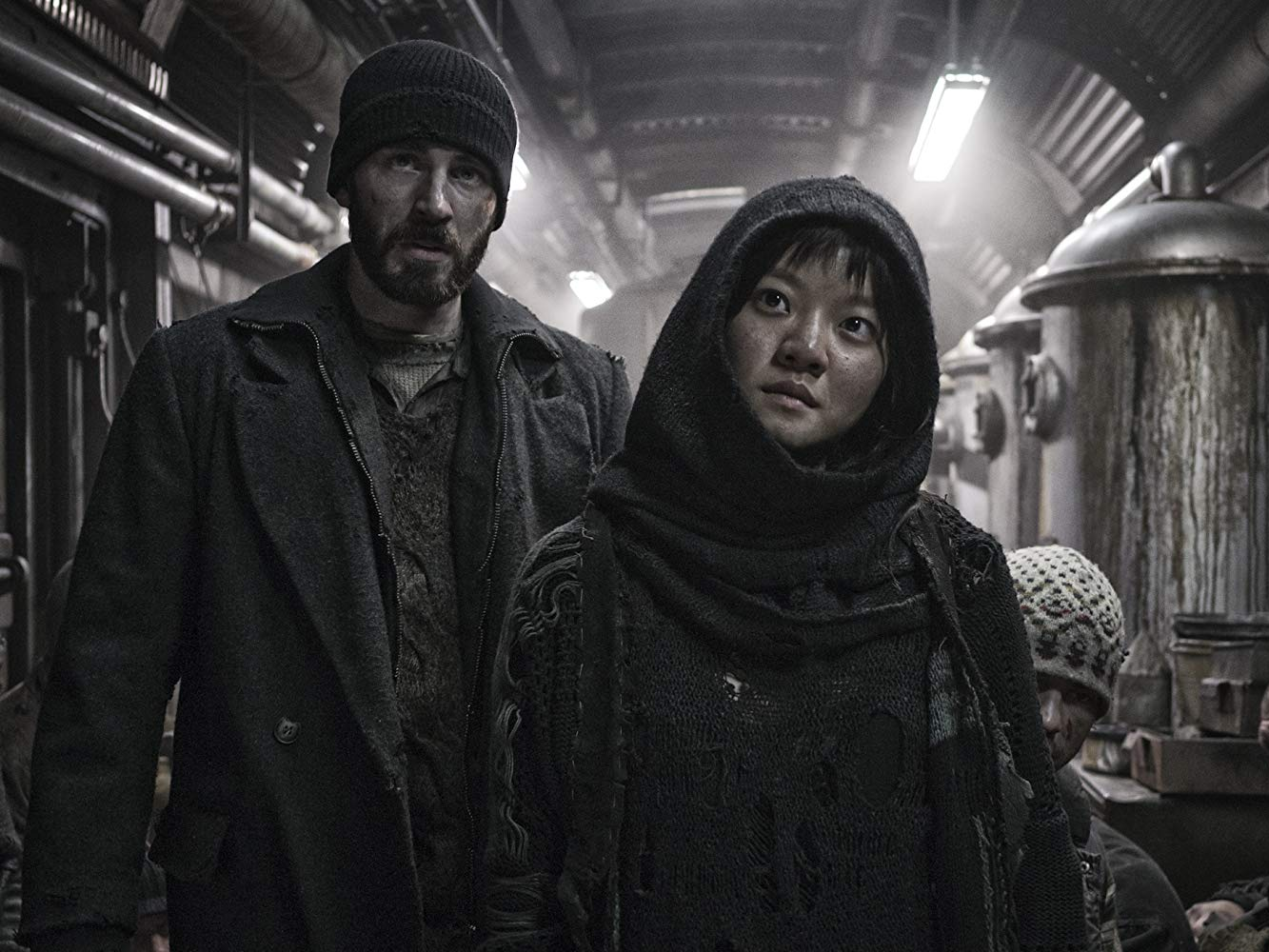 Netflix description: “The Earth’s remaining inhabitants are confined to a single train circling the globe as revolution brews among the class-divided cars.”

Marvel fans are also sure to enjoy seeing actor Chris Evans in the lead role of grizzled rebel Curtis, a character worlds away from Captain America.

“Her” is a moving story about love in the digital age. 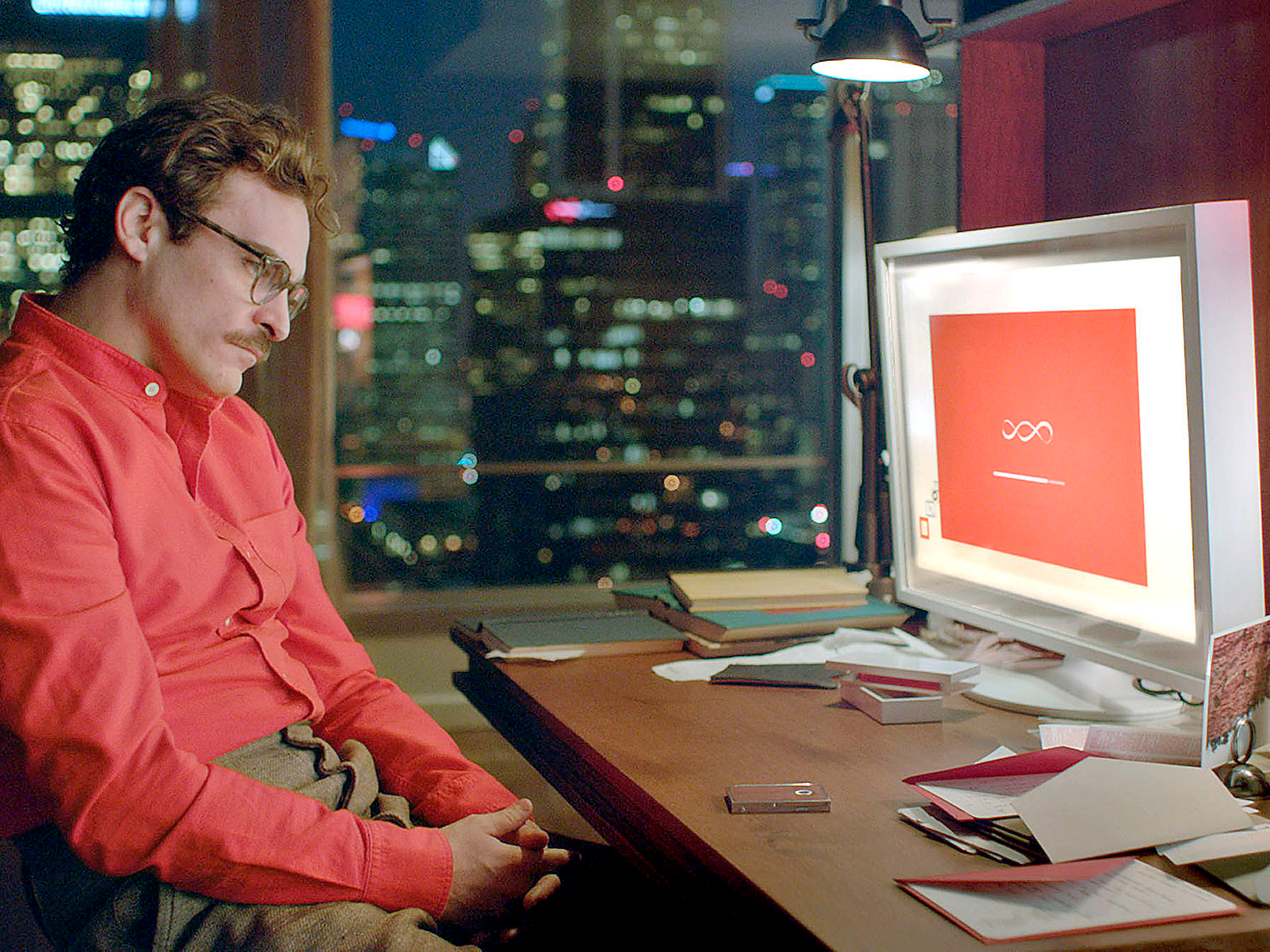 Warner Bros.Joaquin Phoenix stars in ‘Her.’

Netflix description: “In a Los Angeles of the slight future, a lonely writer develops a relationship with ‘Samantha,’ an insightful and sensitive artificial entity.”

Why you should watch: As technology continues to transform our world, movies must grapple with its positive and negative effects in a nuanced way. “Her” manages to do just that, following the budding romance between recently single writer Theodore (Joaquin Phoenix) and sentient voice operating system Samantha (Scarlett Johansson).

Through exploring their unconventional relationship, the movie unpacks the extent to which the bonds we form and maintain online compare to in-person connections, an easily compelling topic for contemporary, tech-savvy audiences.

“Spider-Man: Into the Spider-Verse” is a vibrant, dimension-hopping superhero movie for the entire family. 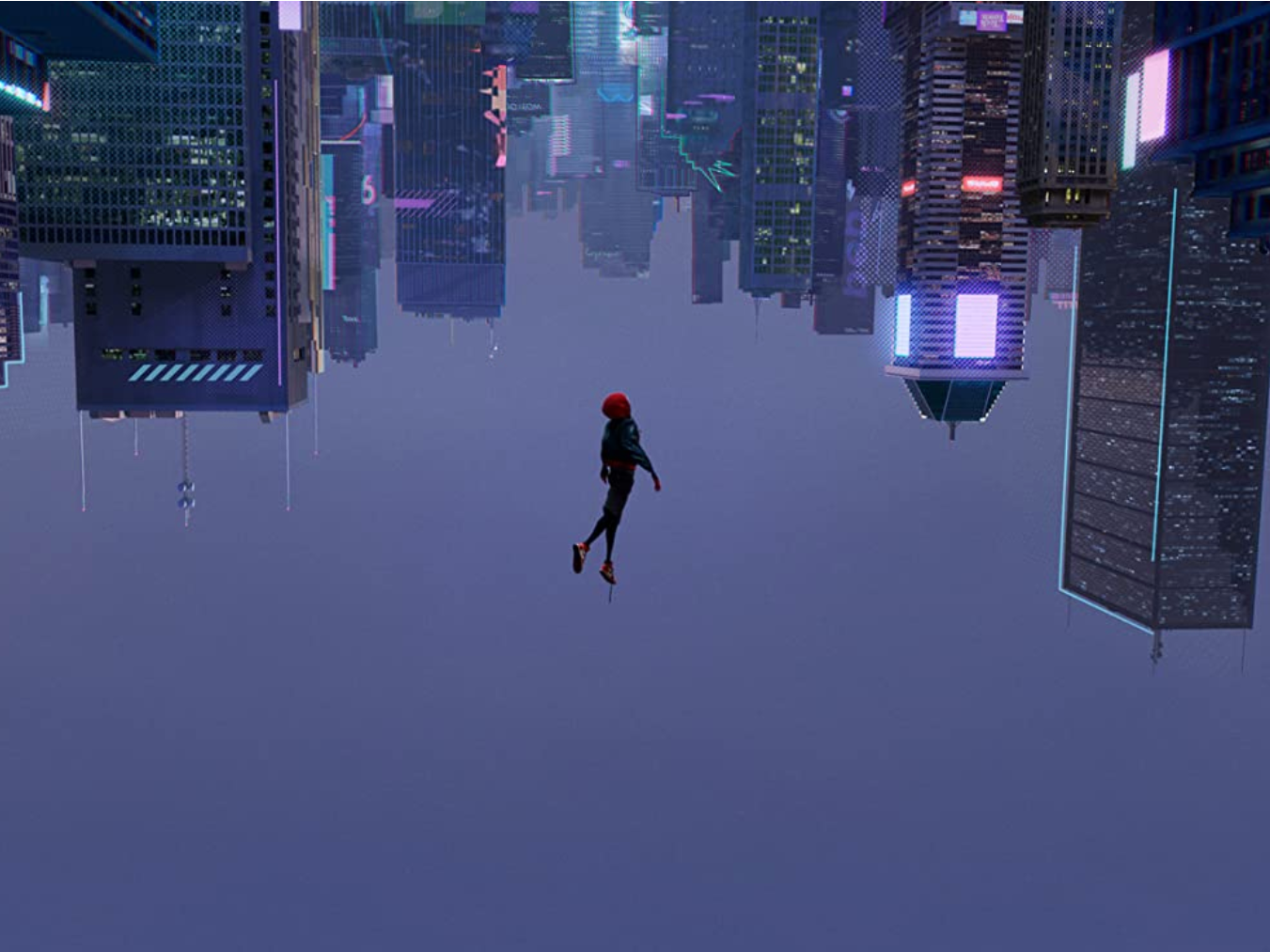 Netflix description: “After being bitten by a radioactive spider, Brooklyn teen Miles Morales gets a crash course in web-slinging from his alternate-dimension counterparts.”

Why you should watch: Yes, “Spider-Man: Into the Spiderverse” is also a superhero movie, but its vibrantly imaginative exploration of parallel universes is part of what makes it so great.

Remixing the superhero origin story with the introduction of multiple Spider-Men, “Into the Spiderverse’s” message that anyone can be a hero appeals to adults and kids alike.

“Okja” is another standout sci-fi story with real-world implications. 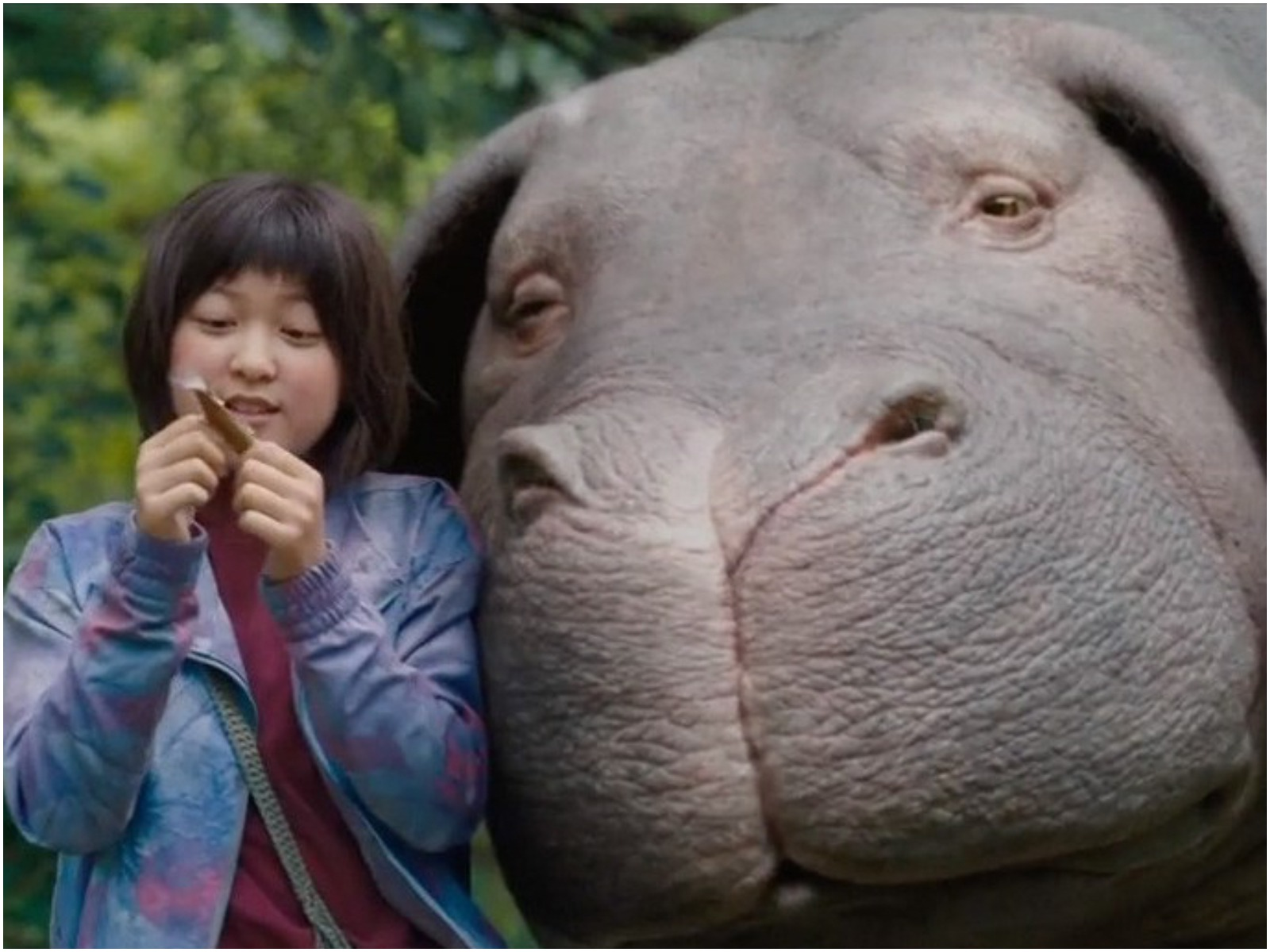 Netflix description: “A gentle giant and the girl who raised her are caught in the crossfire between animal activism, corporate greed, and scientific ethics.”

Why you should watch: Before “Parasite,” Bong Joon Ho also wrote and directed “Okja.” Stars like Jake Gyllenhaal and Tilda Swinton round out the genre-defying adventure, in which a young South Korean girl (Ahn Seo-hyun) fights to rescue her beloved, genetically engineered “superpig” from the clutches of an exploitative, multinational conglomerate.

“Advantageous” is an underrated indie film about uploading one’s consciousness. 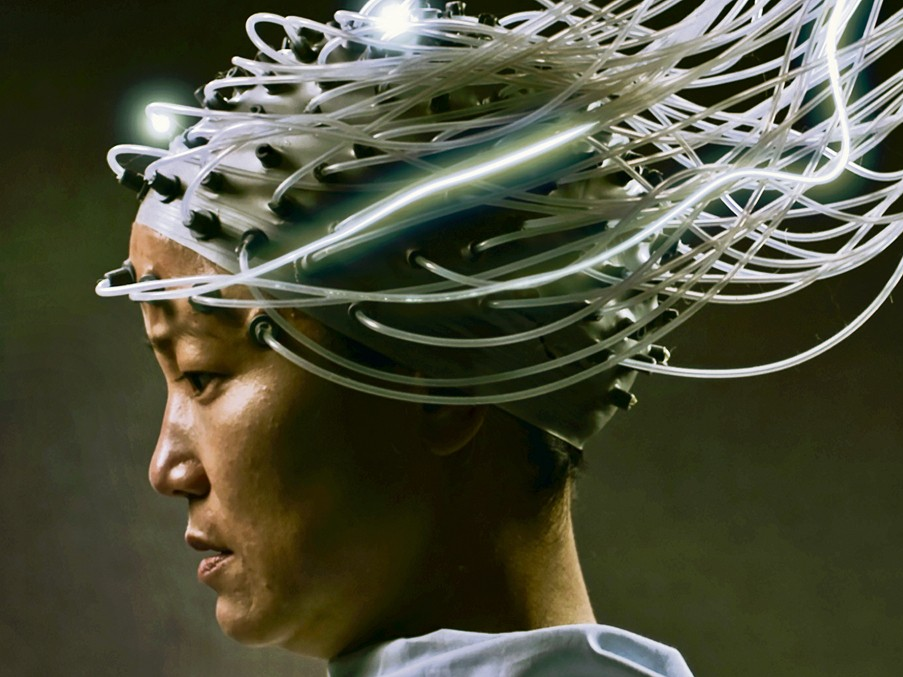 Netflix description: “In order to keep her job at a biomedical engineering firm that prizes youth, a middle-aged woman must submit to a drastic experimental procedure.”

Why you should watch: Jacqueline Kim stars in this underrated futuristic gem as Gwen, a single mother who agrees to be one of the first test subjects in a procedure that transfers a person’s consciousness into a new body. Having recently been fired in a world where women (particularly older women and women of colour) have few opportunities, she goes through with the procedure to ensure that her daughter Jules (Samantha Kim) has a brighter future.

“Advantageous” uses the sci-fi trope of uploading one’s consciousness to grapple with the timely issues that give women fewer opportunities to support themselves and has an ending that will stay with you long after the movie finishes.

“Back to the Future” is a must-see ’80s blockbuster featuring time travel. 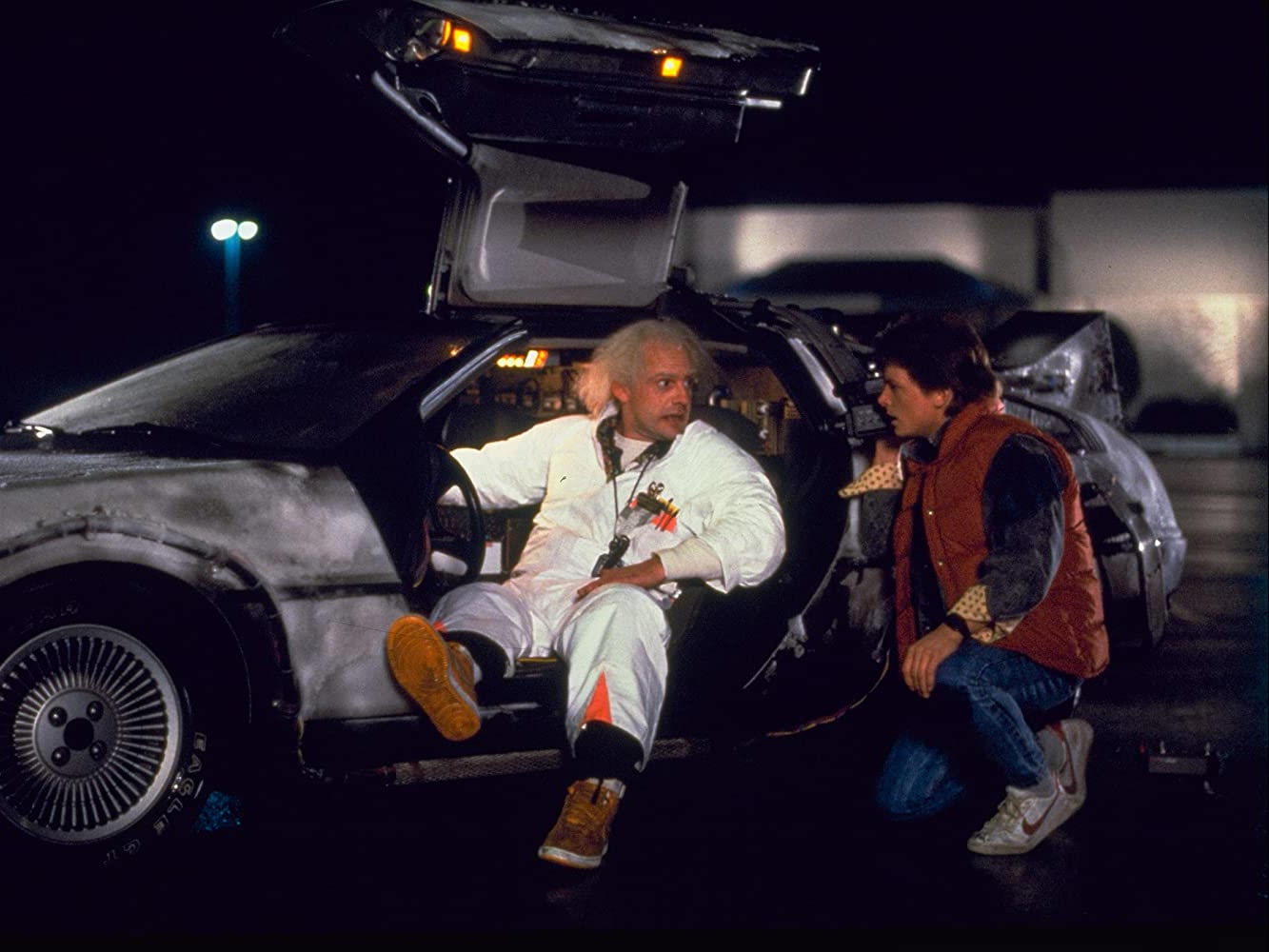 Universal StudiosChristopher Lloyd and Michael J. Fox costar in ‘Back to the Future.’

Netflix description: “Eccentric inventor Doc Brown turns a DeLorean into a time machine that inadvertently sends his young friend, Marty McFly, 30 years into the past.”

Why you should watch it: This sci-fi classic perfectly balances its wacky, loveable characters, madcap time travel adventures, and sweet exploration of growing up and realising that your parents were once just like you. “Back to the Future” is one of the most enduring ’80s blockbusters, and has a fantastic soundtrack to boot.

“Back to the Future Part II” imagines a futuristic version of 2015 that’s fun to critique in the present. 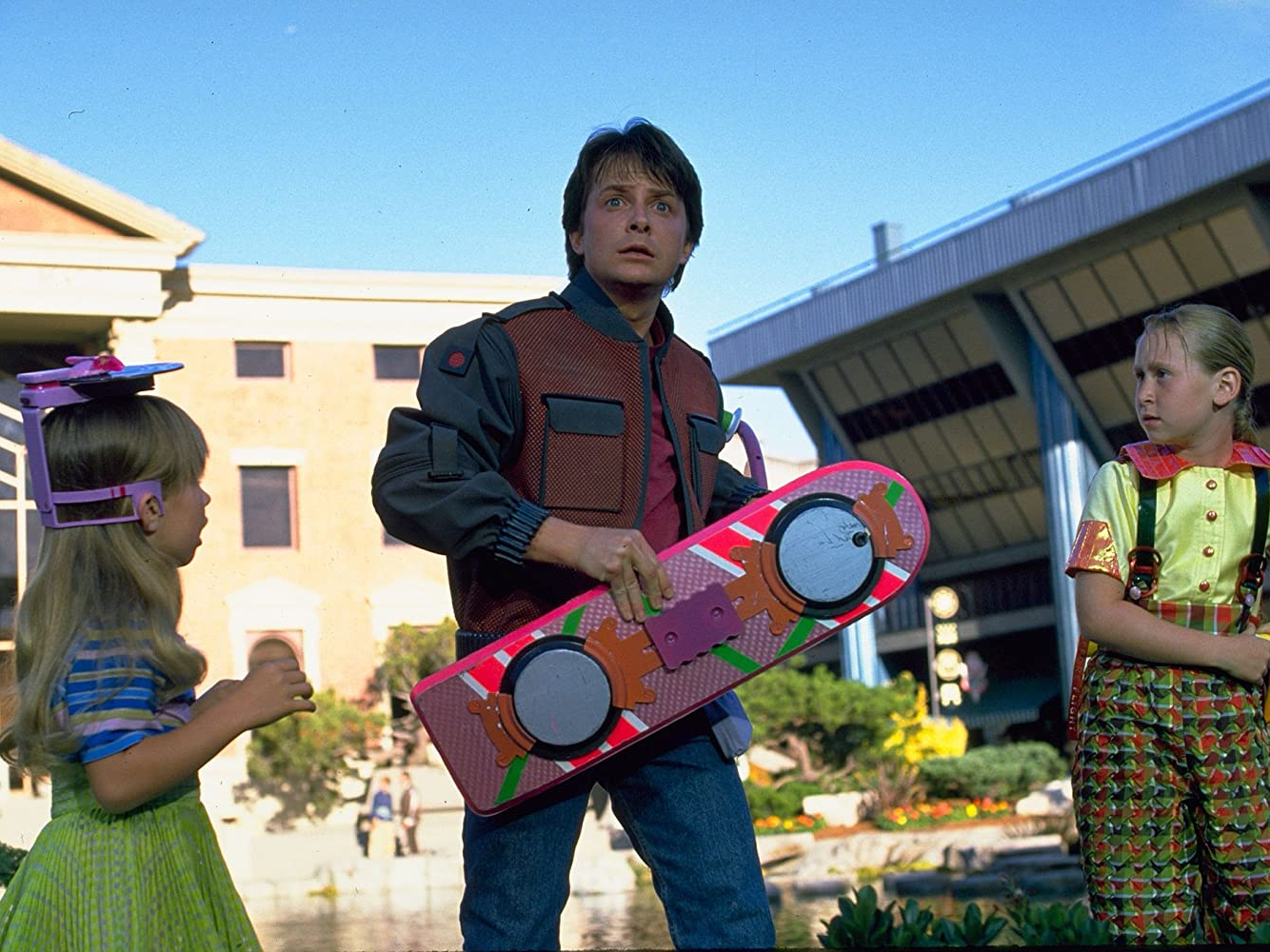 Netflix description: “Marty and Doc are at it again in this sequel to the 1985 blockbuster as the time-travelling duo head to 2015 to nip some McFly family woes in the bud.”

Why you should watch it: Although “Back to the Future Part II” never quite holds a candle to its beloved predecessor, it’s well worth watching for its imaginative rendering of the then-future.

Since 2015 is already a year of the past, it’s also particularly fun to note what the movie got right and wrong about life in the 2010s (for better or for worse, we still haven’t quite figured out flying cars yet).

“The Endless” follows two brothers who escaped a terrifying cult as children. 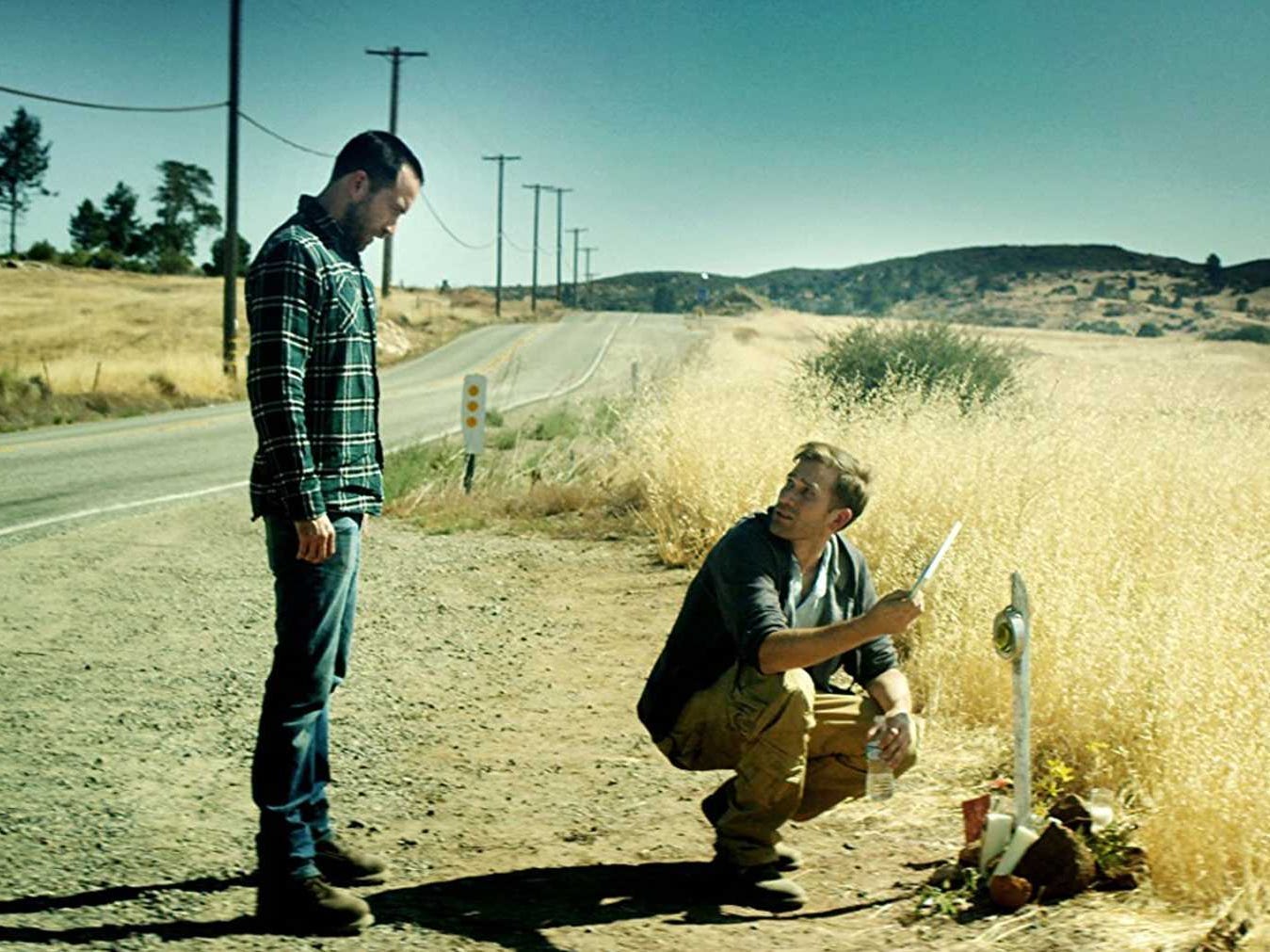 Netflix description: “As kids, they escaped a UFO death cult. Now, two adult brothers seek answers after an old videotape surfaces and brings them back to where they began.”

Why you should watch it: Tense, chilling, and mind-bending, “The Endless” is a perfect blend of science-fiction and horror.

Brothers Aaron and Justin are at the centre of the story, but the film also does an excellent job of building out the sun-soaked yet sinister world the characters inhabit.

When the brothers uncover a mind-boggling secret about the Camp Arcadia commune, things get even more cerebral – leading to a truly trippy ending.

“The Girl With All the Gifts” is another sci-fi horror mashup. 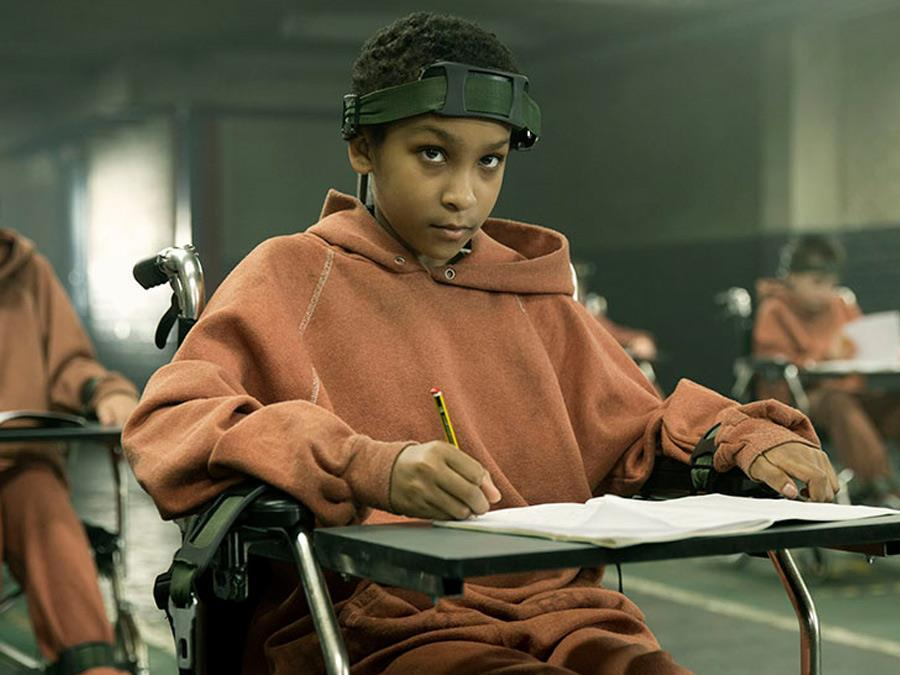 Saban FilmsSennia Nanua stars in ‘The Girl With All the Gifts.’

Netflix description: “As a virulent fungus turns humanity into zombies, a band of survivors flees with a curiously evolved zombie girl who may hold the key to a cure.”

Why you should watch it: If you enjoy bloodthirsty zombies and dystopian settings, you’ll love “The Girl With All the Gifts,” which explores themes of humanity and sacrifice while also providing plenty of scares.

It’s definitely a gory film, so the squeamish might want to steer clear. But if you can stomach the blood and guts, the film’s surprisingly optimistic ending will make it all worthwhile. 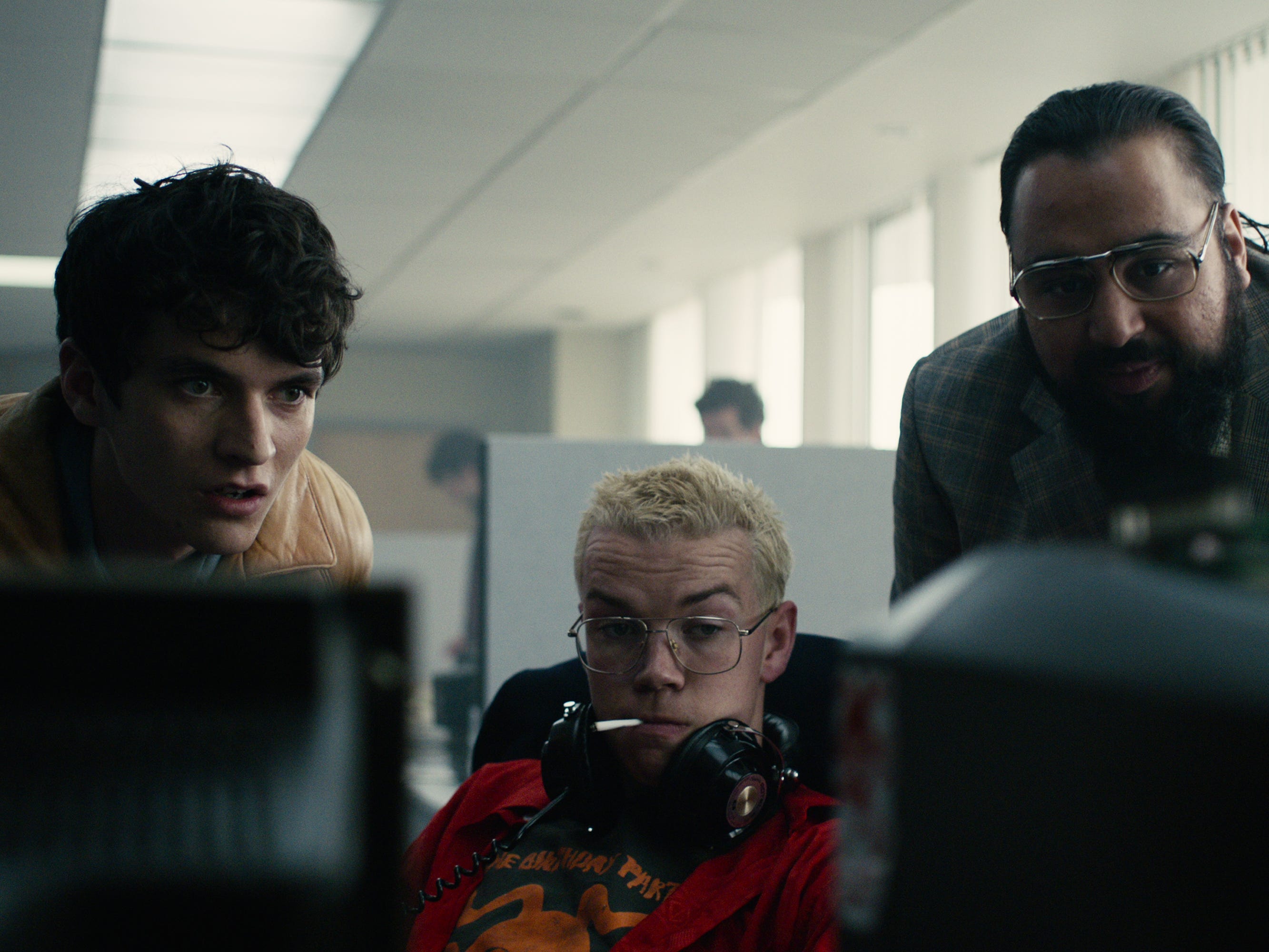 Netflix description: “In 1984, a young programmer begins to question reality as he adapts a dark fantasy novel into a video game. A mind-bending tale with multiple endings.”

Why you should watch it: The “Black Mirror” series does an excellent job of turning modern preoccupations into mind-bending (and terrifying) narratives, and “Bandersnatch” is no different.

The film is interactive, which means that viewers are ultimately responsible for Stefan’s fate as he spirals deeper and deeper into the world of his game.

Regardless of the choices viewers make, “Bandersnatch” is a must-watch for sci-fi fans.

Jim Carrey and Kate Winslet star in “Eternal Sunshine of the Spotless Mind.” 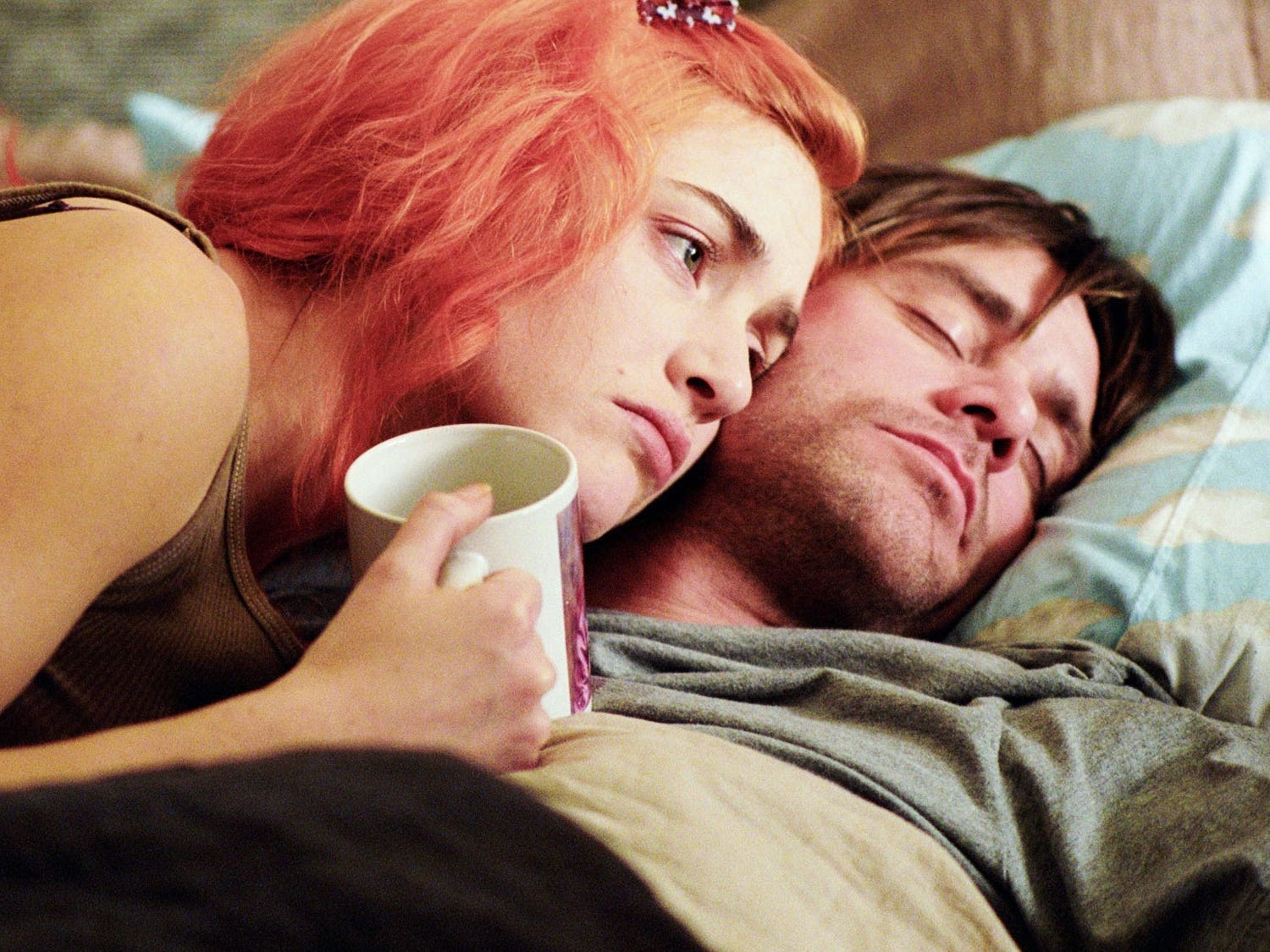 Focus Features‘Eternal Sunshine of the Spotless Mind’ was directed by Michael Gondry.

Netflix description: “After learning that his ex-girlfriend had an experimental medical procedure to purge all memories of him, a man decides to do the same with her.”

Why you should watch it: Much like “Her,” “Eternal Sunshine of the Spotless Mind” uses futuristic technology – in this case, an operation that wipes memories from a patient’s brain – as a way of examining themes of love and loss.

The demise of Joel (Carrey) and Clementine’s (Winslet) relationship is heartbreaking and all too familiar, but watching them rediscover their love for each other through disappearing memories is truly beautiful.

“I Am Mother” takes place after a mass extinction event. 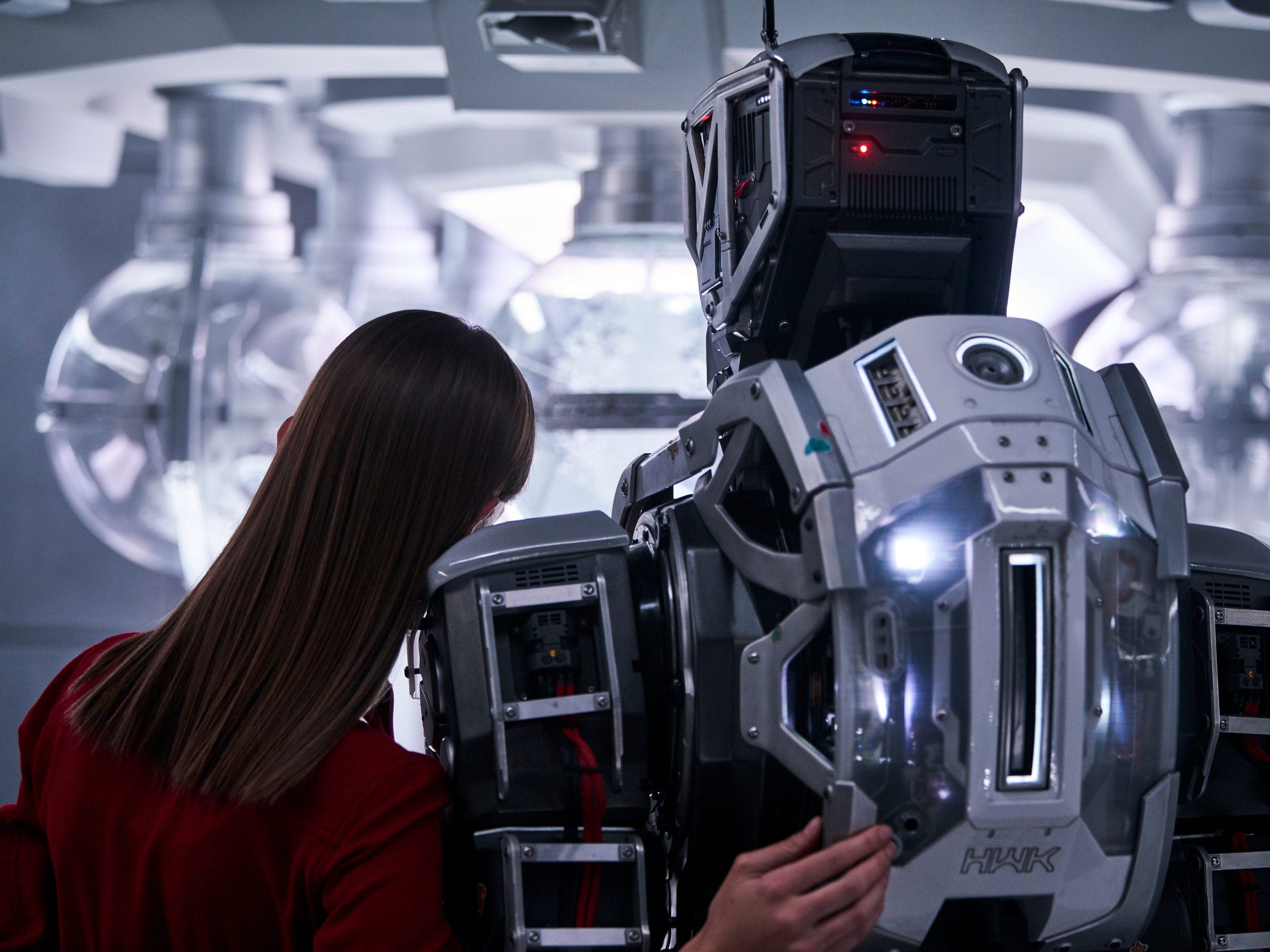 Why you should watch it: An omniscient AI becomes responsible for the future of humankind in “I Am Mother,” an ambitious, well-executed sci-fi thriller.