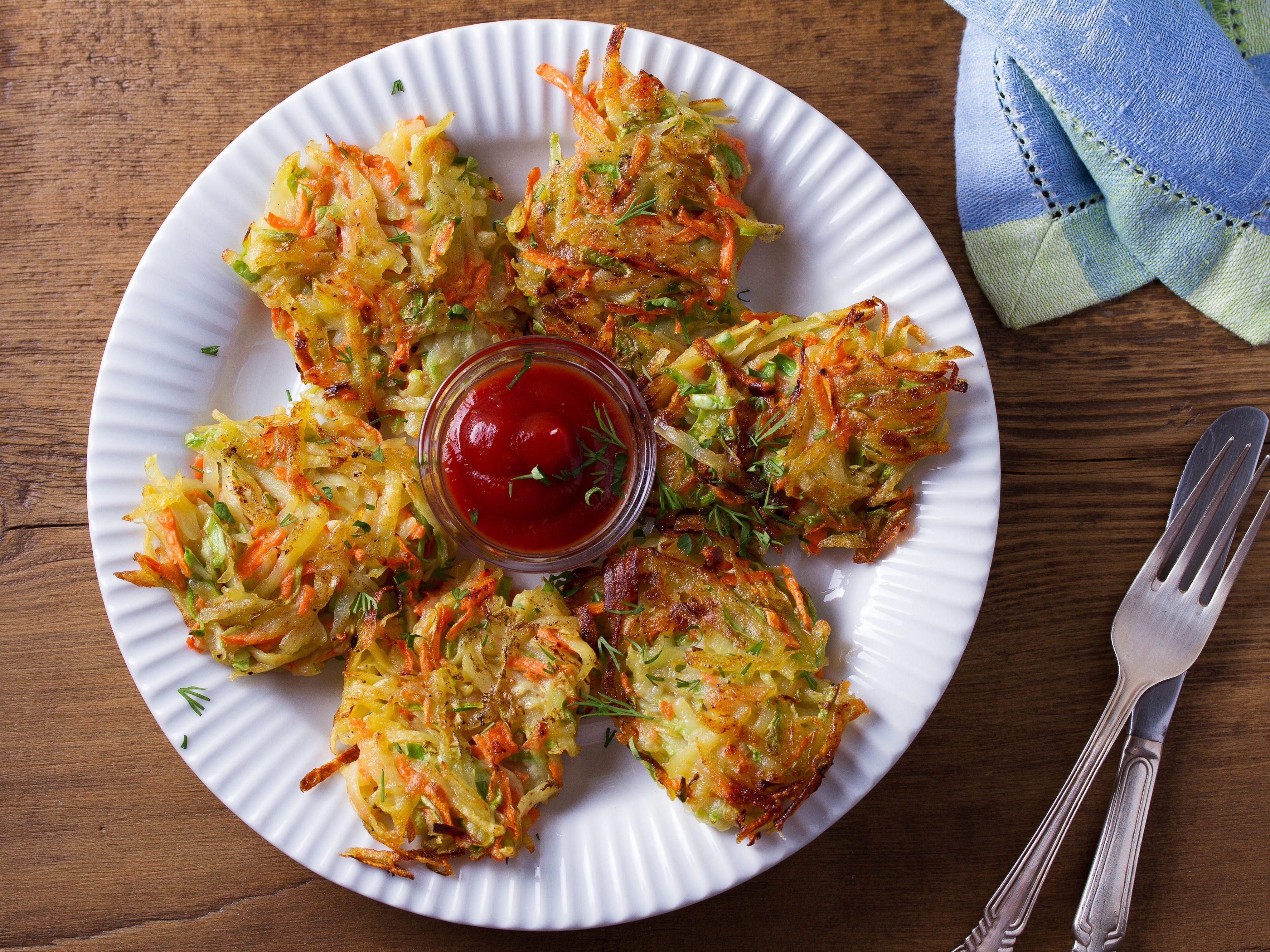 Hanukkah 2020 starts on December 10 after sundown and will conclude on the evening of December 18. Hanukkah, sometimes called the Festival of Lights, has many time-honoured traditions such as lighting the menorah, spinning a dreidel, and feasting on latkes.

Latkes, or simply potato pancakes, are a delicious, crispy treat served with sour cream and applesauce. But there are ways to cut time on making this straightforward snack that improve both tastiness and health.

We’ve rounded up the seven best latke hacks on the internet. Keep scrolling to up your latke game this Hanukkah.

Use pre-shredded potatoes or frozen hash browns instead of grating your potatoes by hand. 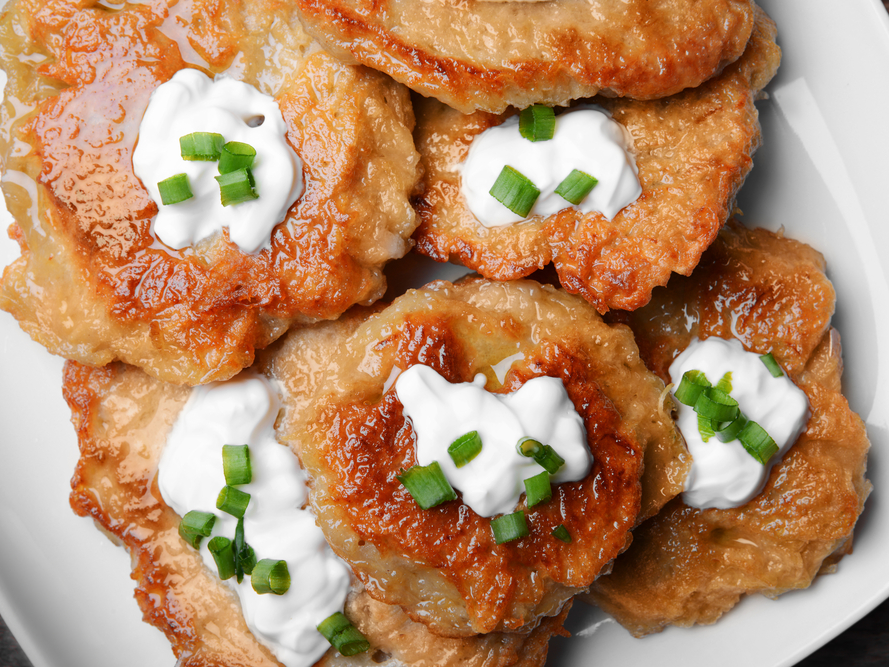 Any seasoned latke maker knows that grating the potatoes is the most time-consuming – even dangerous – part of making potato latkes.

A hack that has been taking the internet by storm bypasses this altogether by relying on the frozen food section. Most supermarkets sell pre-shredded potatoes (aka hash browns) in the freezer aisle. Using them instead avoids the mess and potential finger slicing of grating.

Or you can avoid grating by using the wet chop method with a food processor. 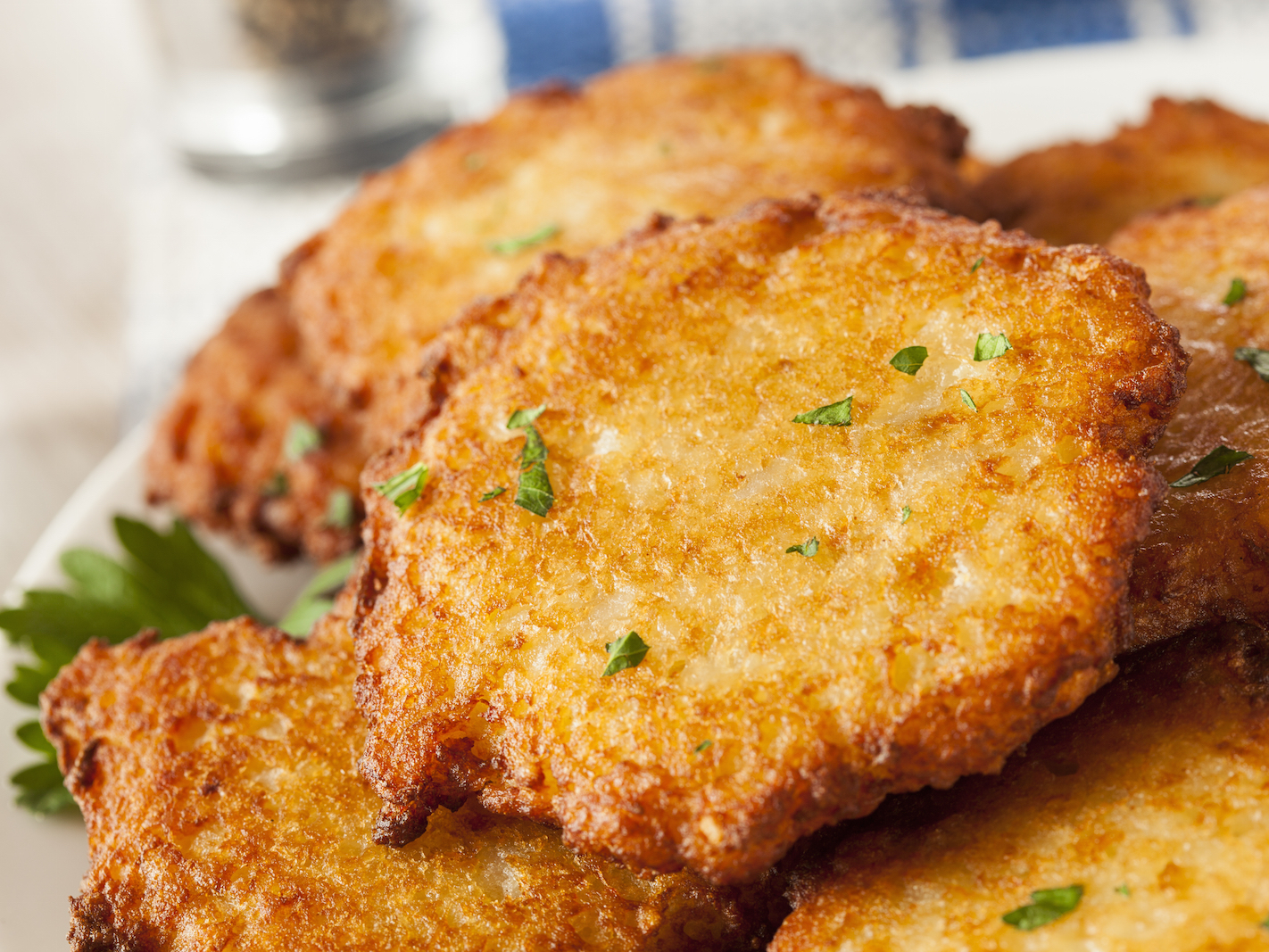 Wet chopping originated with Vitamix blenders, but any high-powered blender or food processor should do the trick.

To wet chop your potatoes, cut them into chunks, put them inside the blender, add water to the top, turn the speed on low, and voila! Your potato will be cut into the perfect latke-sized chunks. Don’t forget to strain the water, though. Soggy latkes are not great …

If you’re looking for a lighter alternative to potato latkes, try other vegetables like zucchini. 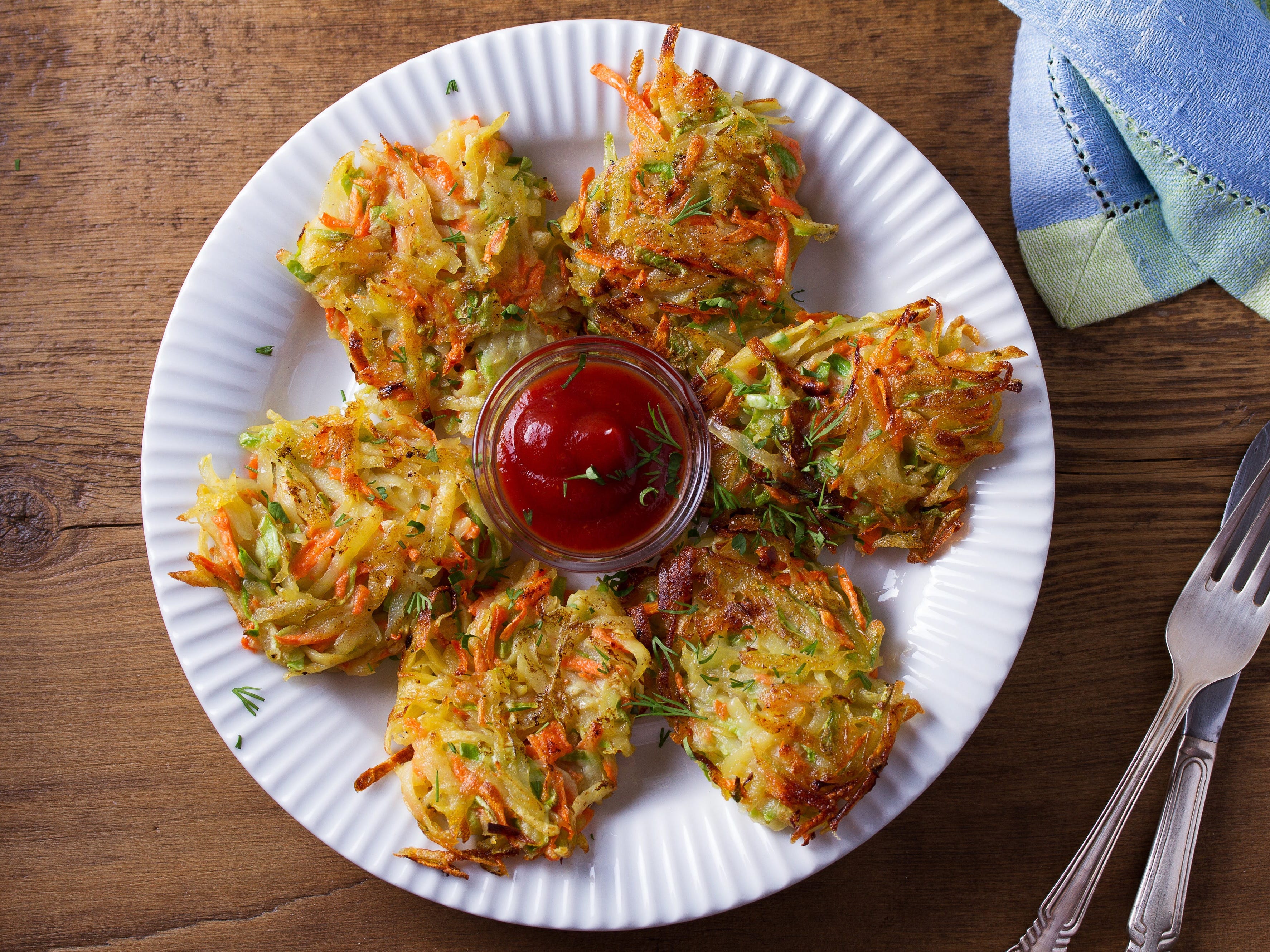 Potatoes are very starchy vegetables, so some people try to avoid them. But fear not! Latkes don’t have to be cut out completely.

There are plenty of alternatives to potatoes out there, like zucchinis,carrots, or even Brussels sprouts.

Or use sweet potatoes. 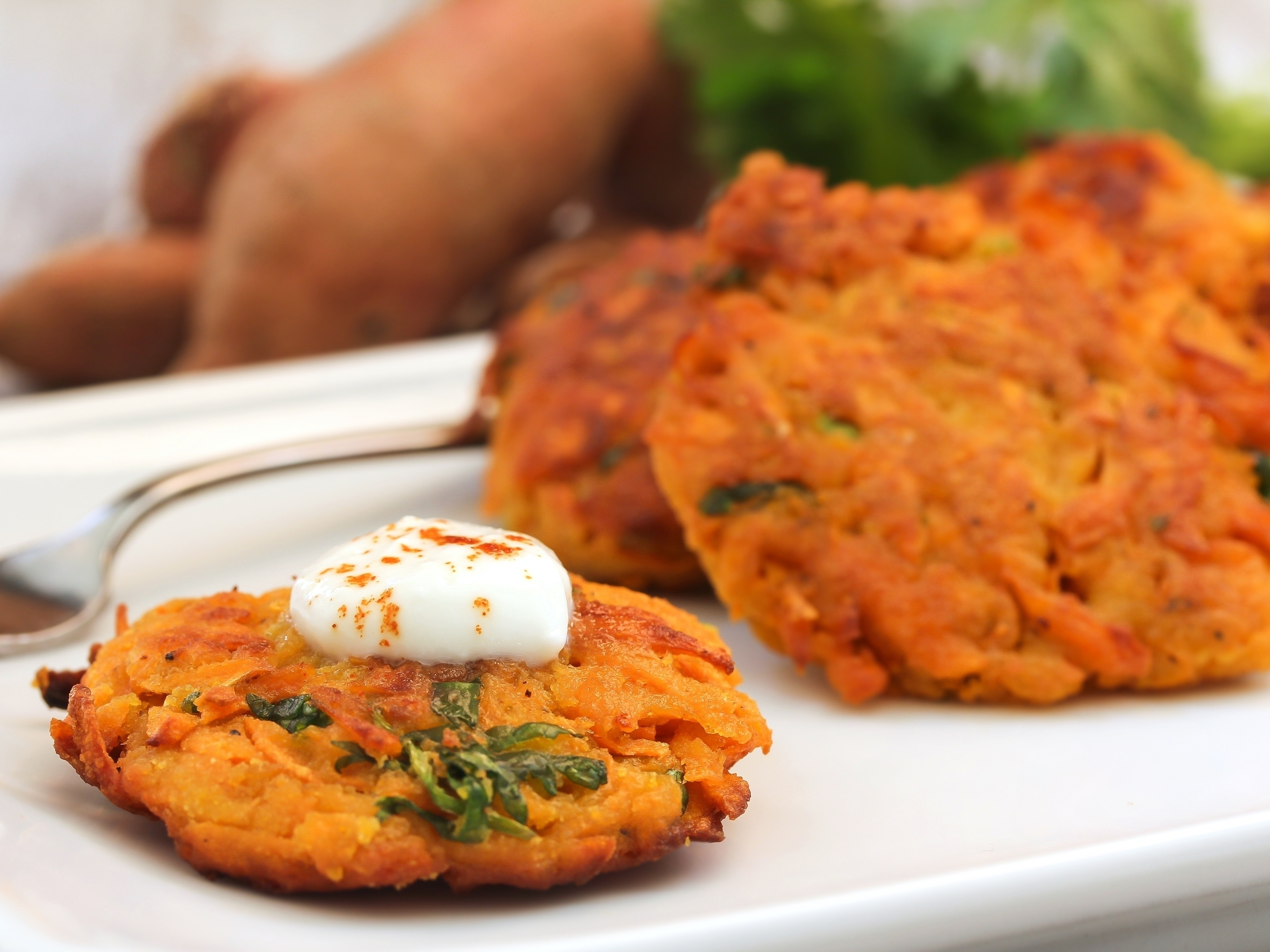 Sweet potatoes should be a staple in your diet, since they taste good with anything and are much healthier than your average potato.

Latkes are no exception to this rule, as long as you don’t mind if they come out a little more orange.

To avoid an oily mess, try using a waffle maker instead. 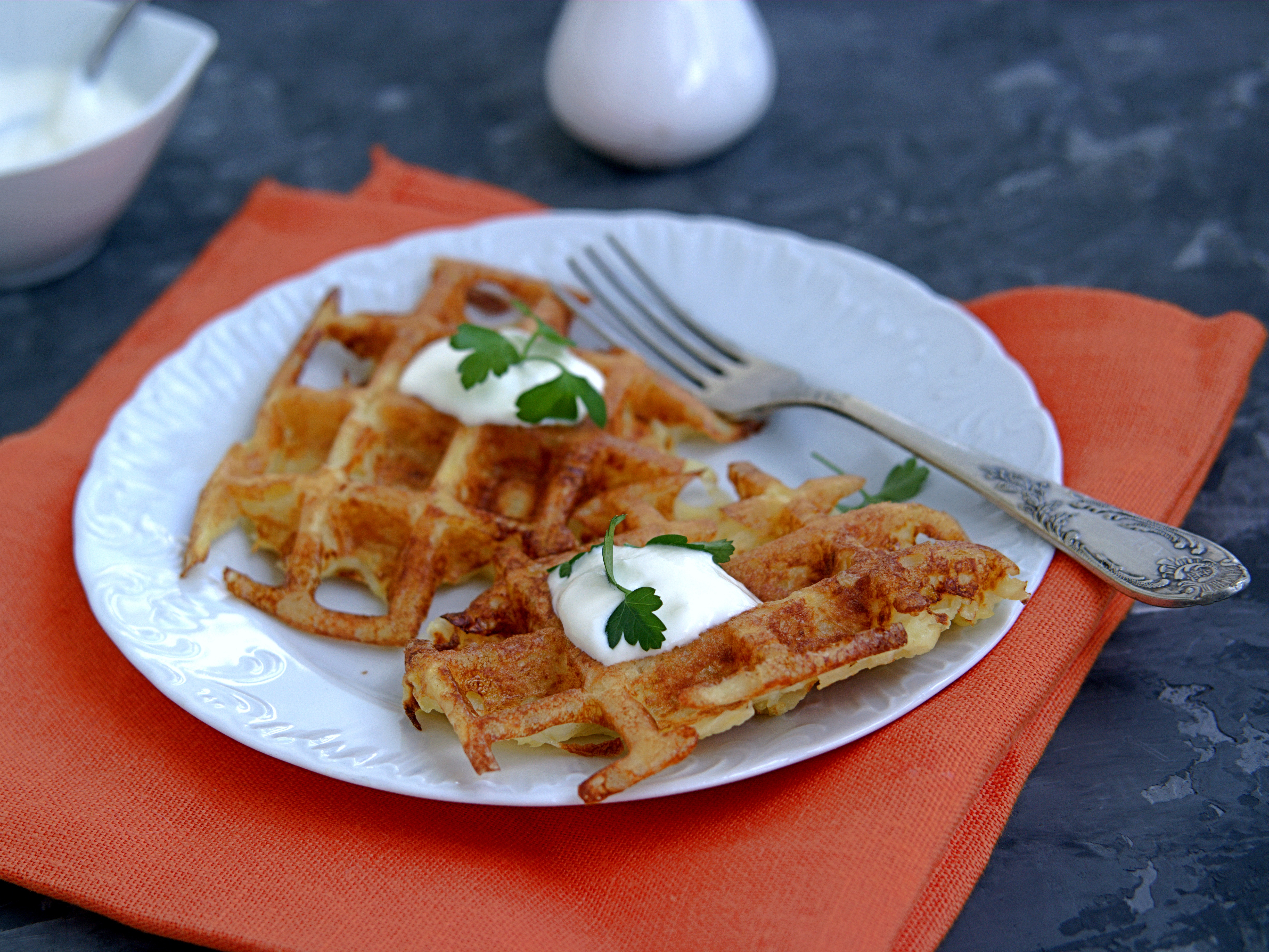 If you’re sick of potato pancakes, maybe potato waffles are your answer. Smitten Kitchen has a straightforward recipe on how to turn your latkes into waffles, and even includes the addition of a fried egg. Essentially, it’s the same process but you forego the frying pan and oil, and put your potato mixture on a waffle maker instead.

Ditch the egg and use flour and cornstarch instead for vegan-friendly latkes. 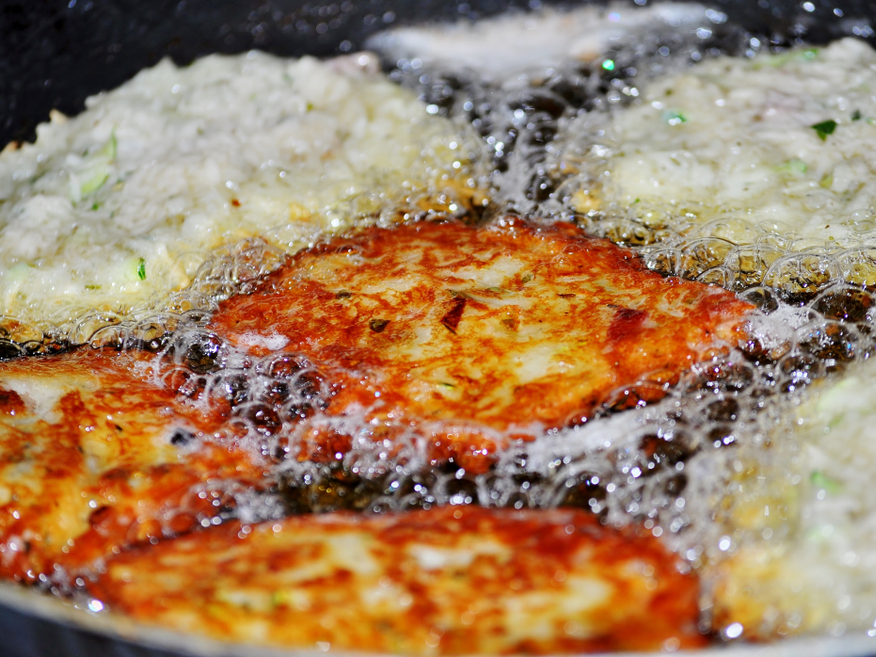 Most latke recipes call for some form of eggs to bind the grated potatoes together, but corn starch, baking powder, and flour work just as well.

And though sour cream is a popular side for potato latkes, there are vegan versions of that, too.

To add another level of deliciousness, you can create a latke grilled cheese sandwich, or a latke burger. 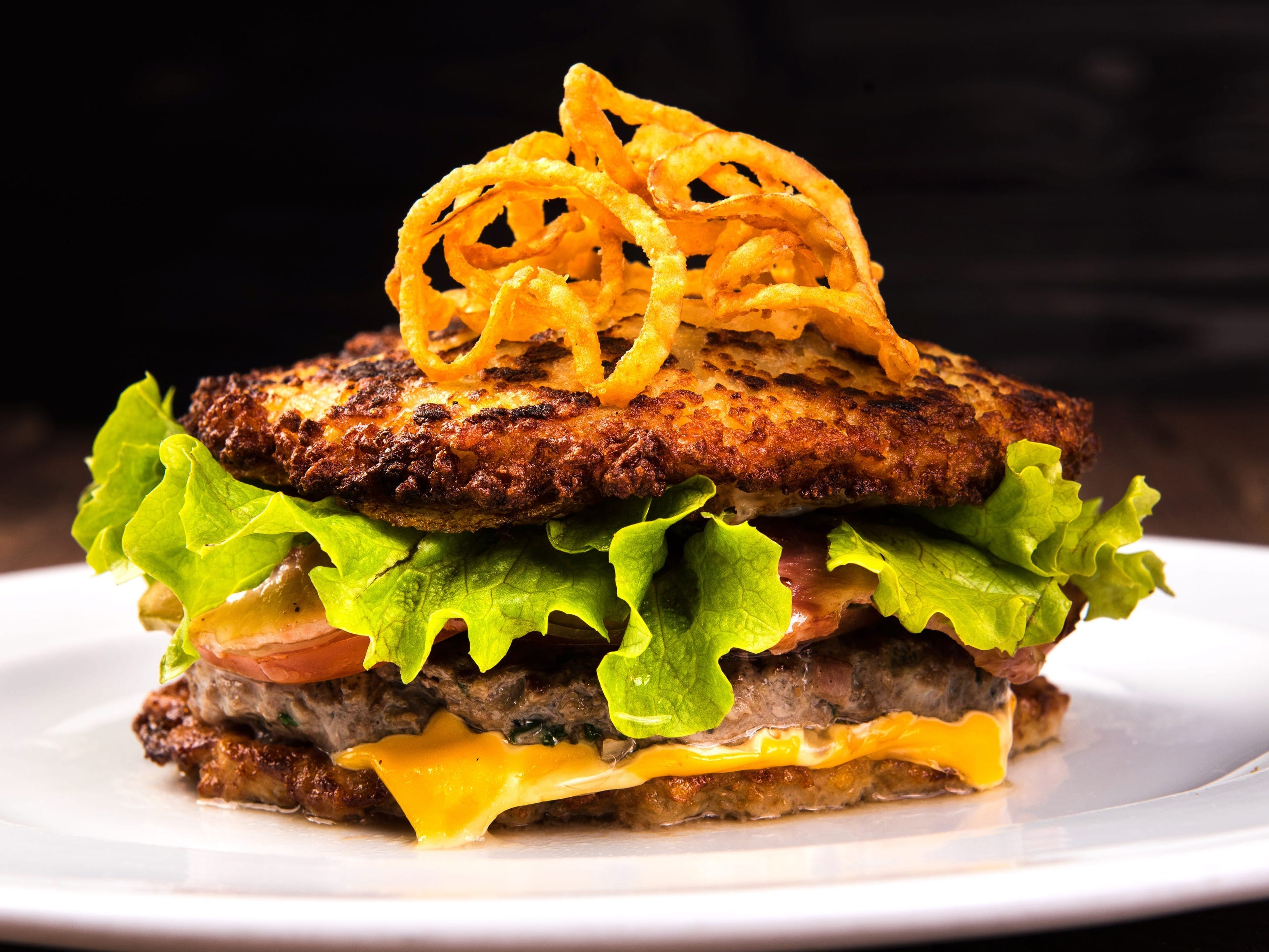 What food isn’t improved with melted cheese? Latkes are no exception. The key here is not to overcook and burn the cheese. The Nosher recommends cooking the latkes until they are light brown and then adding the cheese.

For an even bigger sandwich, Thrillist has a recipe for brisket burgers with latke buns.