Whisky has the unique ability to take you back decades in time. Every so often, distilleries mine their old stocks in hope of creating a luxurious, well-aged, one-of-a-kind whisky that collectors will swoon over.

Jonny Fowle, Spirits Specialist at Sotheby’s, who manages private collections and presents authenticated bottles at auctions, told Business Insider that whisky collecting has been on an upward trajectory for the last 10 years.

“Whisky is incredibly diverse and offers collectors the opportunity to create their own personal journey into understanding its nuances,” he said, adding that people also collect whisky as an investment. “As equities and property seem less and less solid, I think people are looking to diversify. Whisky has proved itself as a pretty good bet in this area.” 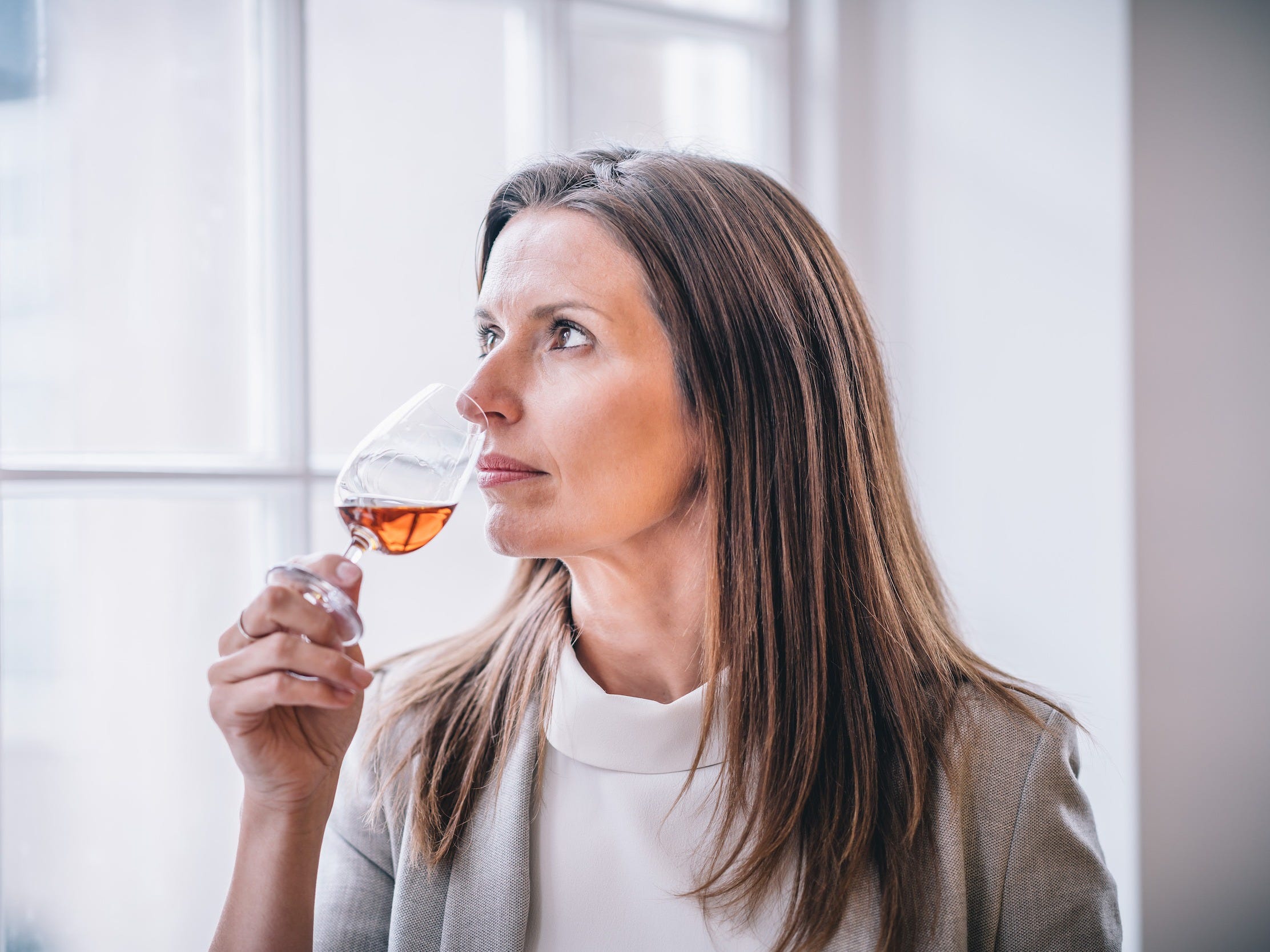 Kirsteen Campbell, Master Whisky Maker at The Macallan, says over the last five years the brand has seen “an increased interest in rare and collectible whiskies as appreciation for single malt Scotch has grown around the world.” For example, in October 2019, a bottle of The Macallan Fine & Rare 60-Year-Old 1926 set an auction record, fetching $US1.9 million at Sotheby’s London.

Collectors value quality, age, rarity and provenance. “But ultimately, beauty is in the eye of the beholder, and it can be difficult to prescribe exactly what will appeal to some collectors,” Fowle said.

Whether you’re new to whisky or a connoisseur, here are the latest luxurious and collectible launches that should be on your radar. 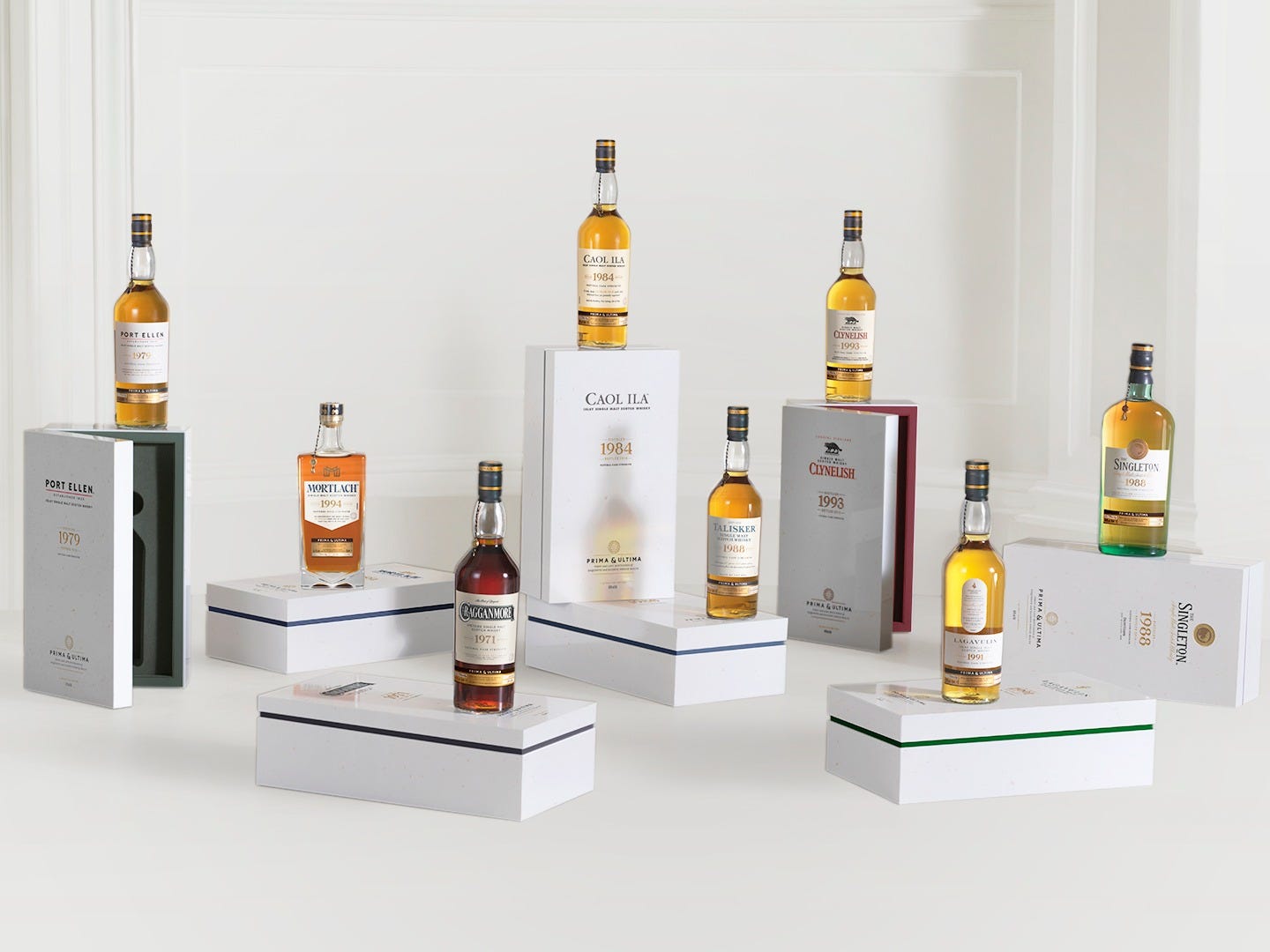 The collection includes Caol Ila 1984, Clynelish 1993, Cragganmore 1971, Lagavulin 1991, Mortlach 1994, Port Ellen 1979, Singleton of Dufftown 1988 and Talisker 31988. Each bottle represents a distinct or notable time in whisky-making history, whether it’s the introduction of a new flavour profile or the last cask created using a retired technique.

“The quality is undeniable with high critic scores across the board,” Fowle said of the collection. “I am one of the lucky few who has been able to taste all of these whiskies and can attest to their calibre.” 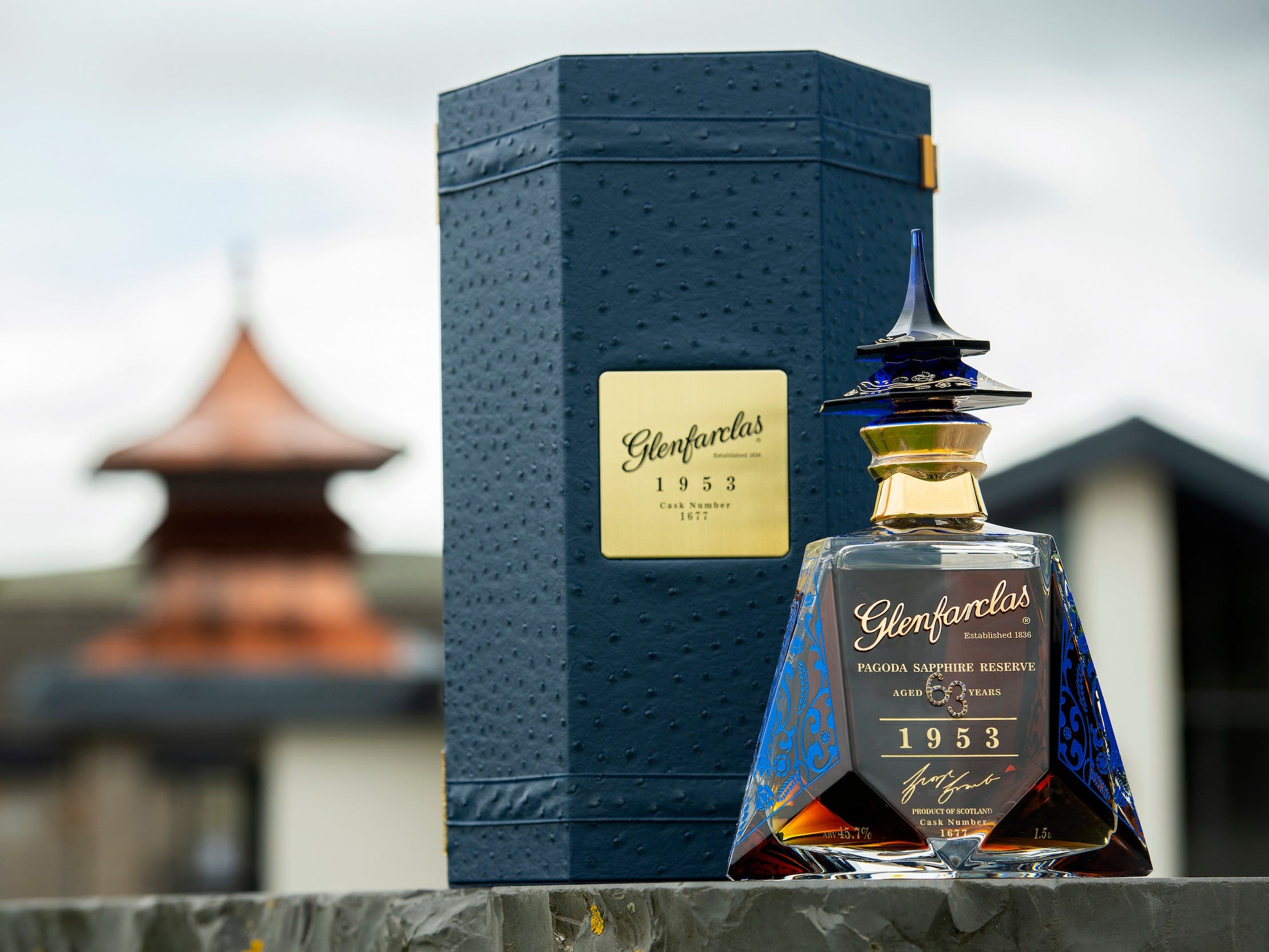 Inspired by the tiered pagoda top that helps kilns vent at Scottish malt whisky distilleries, Glenfarclas Pagoda Reserve Series is a five-bottle collection consisting of whisky (ranging 43 to 63 years) created in the Glenfarclas Pagoda Kiln before it was decommissioned in 1972. The series revealed the final release in late June, the Pagoda Sapphire Reserve, aged 63 years.

The 1953 single malt has notes of espresso, dark bitter chocolate, tart blackberry, and gooseberry, as well as rich spices like clove and nutmeg. On the palate, there is citrus with cloves, sherried fruits, and a long finish with flavours of cocoa nibs, leather, leafy greens, and tobacco. The decanter is made from hand-blown Glencairn crystal and features 36 dark-blue sapphires to create the number ’63,’ the whisky’s age designation. The blue sapphires complement the blue crystal pagoda stopper and metallic blue-coloured engravings on the side of the bottle. 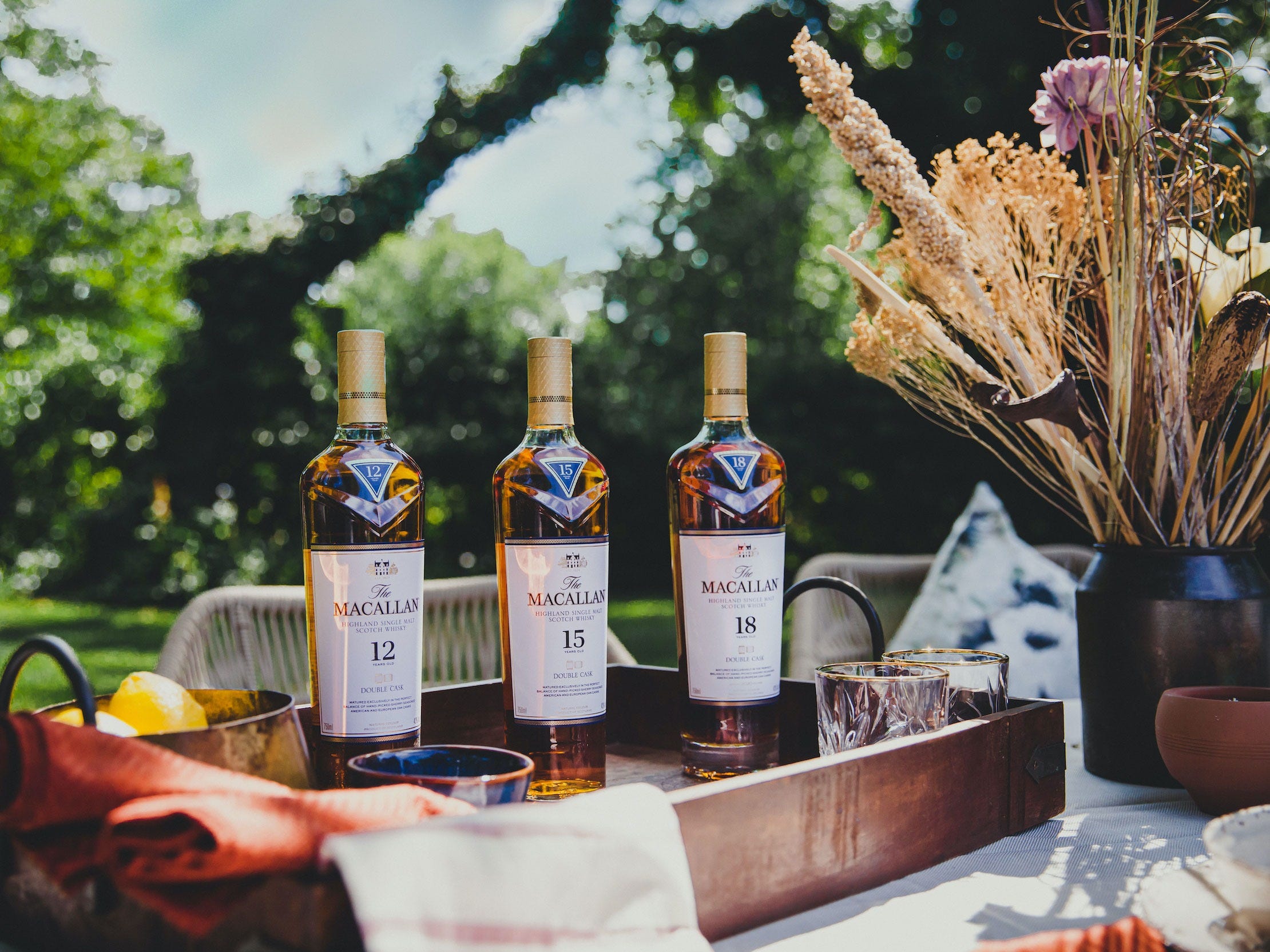 Purchase details: The bottles can be purchased individually, or the complete three-bottle range is exclusively available on Reserve Bar for $US575. 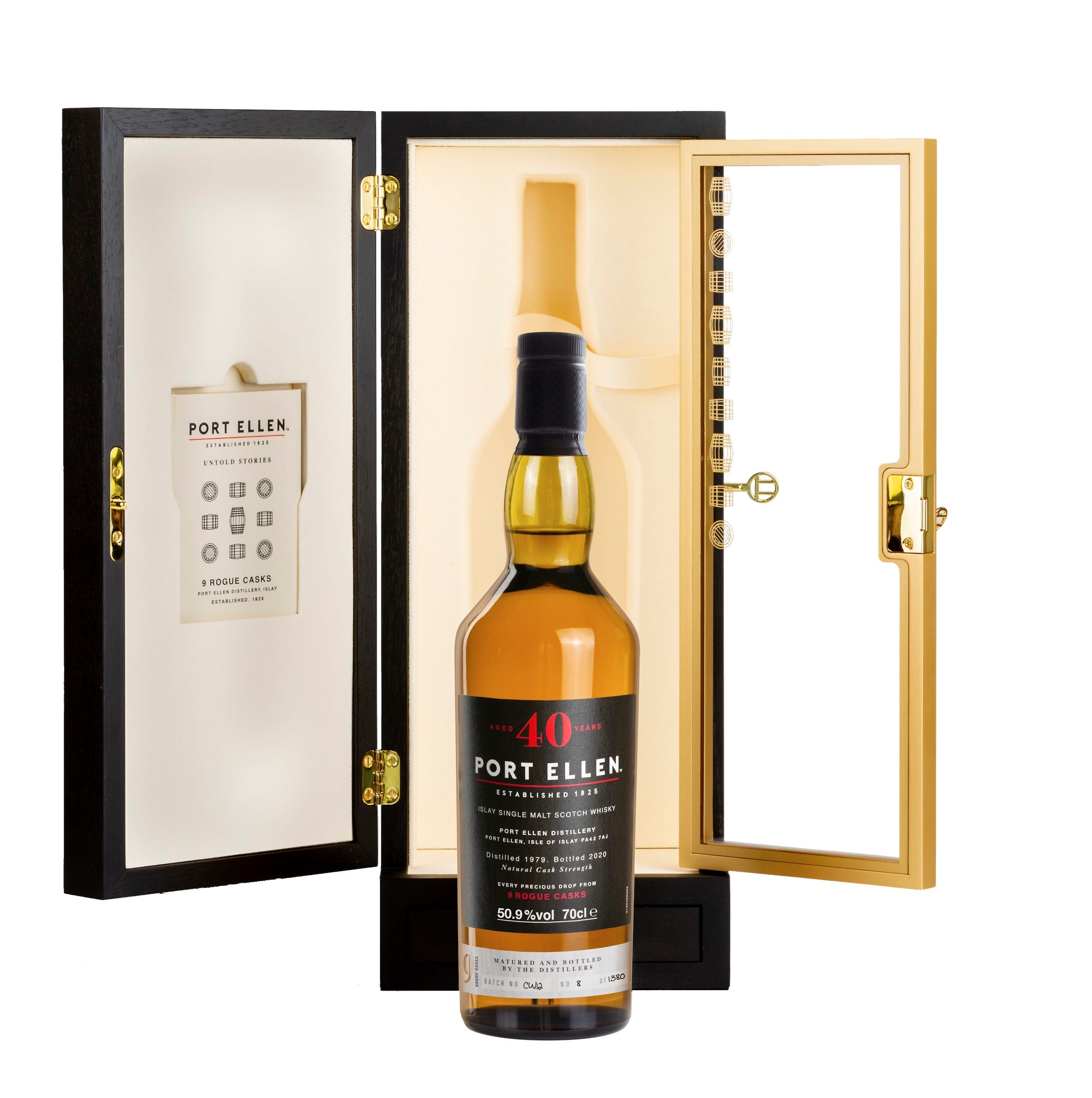 Single malt Scotch whisky Port Ellen was distilled for just 16 of the last 90 years, making every last drop coming from its casks precious. In 1979, a small parcel of stocks were set aside due to their unusual flavour profiles. Now, decades later, Port Ellen released the 40-Year-Old single malt whisky, its oldest and rarest release, which is made up of nine rogue casks from this parcel. Port Ellen’s Master Blender, Dr. Craig Wilson, blended these casks, resulting in a balanced expression featuring Port Ellen’s signature flavour of soft peat smoke. 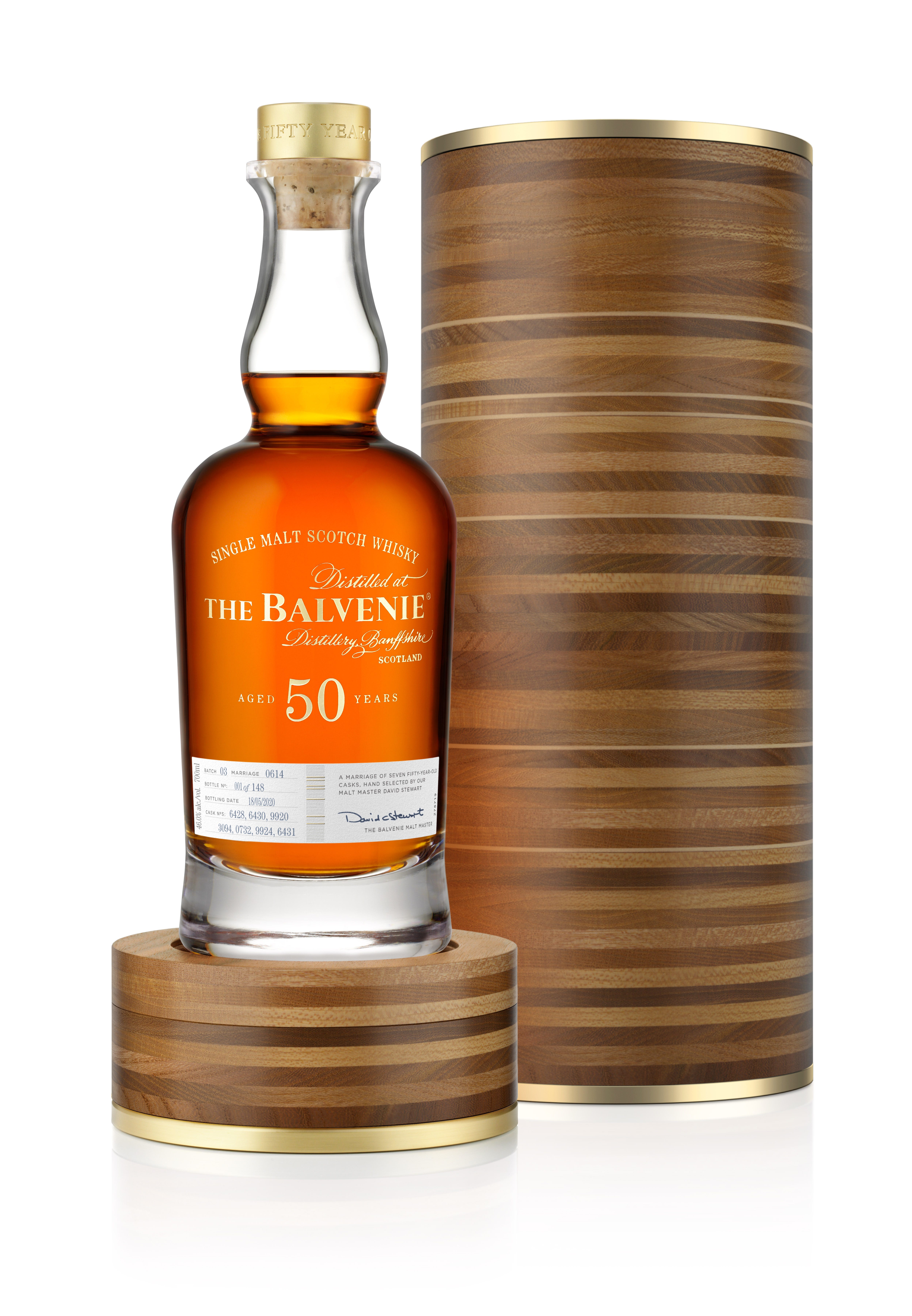 Scotch whisky The Balvenie is no stranger to releasing 50-year-old expressions, all of which were released under Malt Master David Stewart MBE in 1987, 2002, 2012, 2014, 2018, 2019 and 2020. This year’s Marriage release marks the third and final instalment of the series: The Balvenie Fifty: Marriage 0614. The name “Marriage” comes from the tedious and difficult task of “marrying” whisky, when casks of mature malt whiskies are blended and put into a barrel to further assimilate. These bottles are made from the oldest and most precious American and European oak casks within the distillery. In Marriage 0614, Stewart blended seven casks, and each adds a new layer of flavour to the final product.

Marriage 0614 has notes of deep, dark spices, fruitcake, oak, dried fruits, raisins, and sultanas. The palate is rich and lush with bitter chocolate, spices, maple syrup, honey, and oak tannins. The finish is rich and sweet with oak and spice notes. The presentation is even stunning: Each decanter is made from hand-blown crystal in Balvenie’s signature bottle shape, modelled after the copper stills at the distillery. The bottle is presented in a wooden canister made from elm trees found on the distillery’s grounds (there are 48 layers of elm and two layers of brass).

Purchase details: Launching in mid-September, there will be just 148 bottles globally, and each retails for $US40,500. 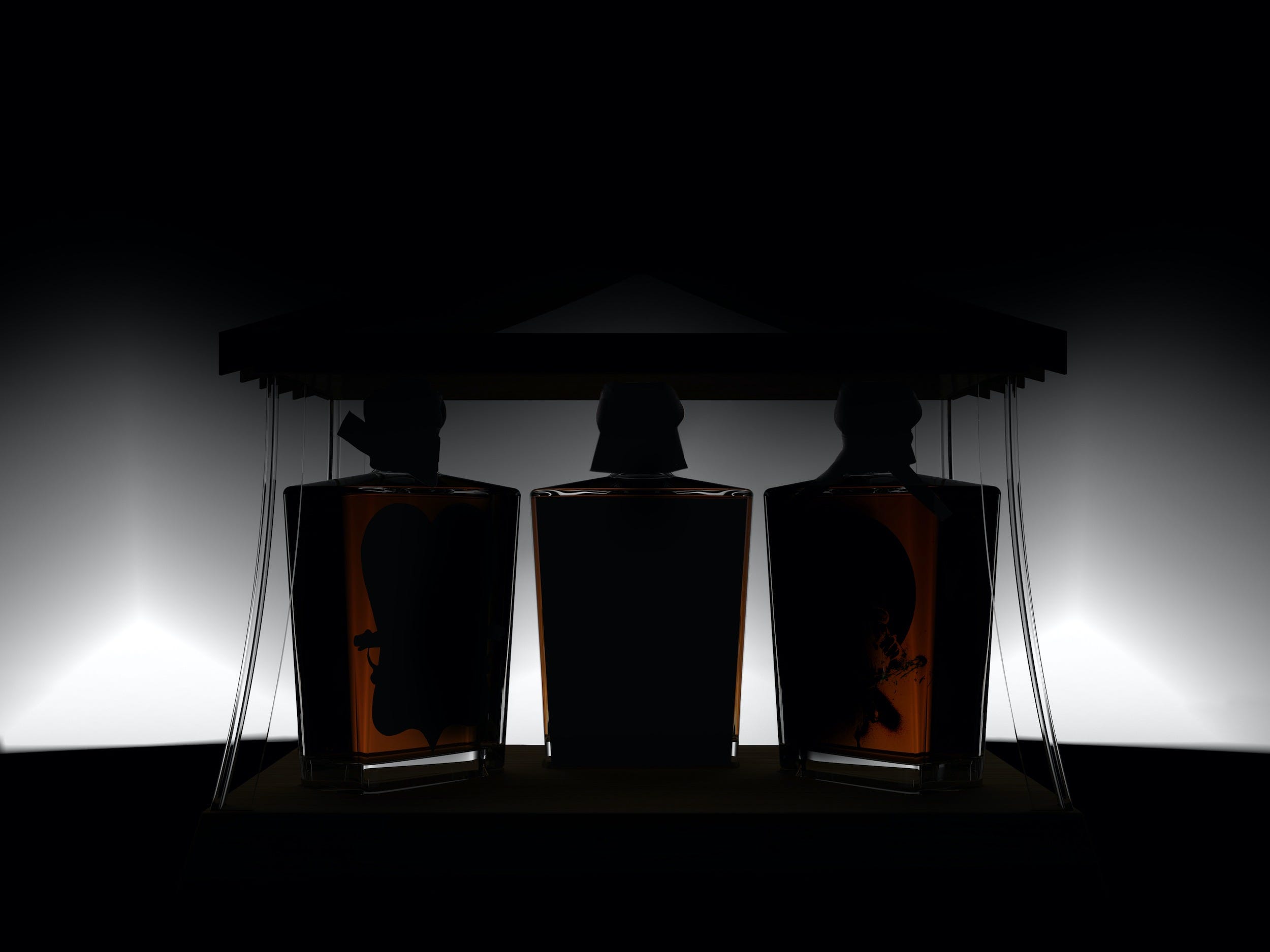 Karuizawa distillery first opened in 1955 and closed in 2000 before the Japanese whisky boom in Western countries. Today, Karuizawa is regarded as one of the most sought-after Japanese distillers due to its limited remaining supply. This November, a private bottling of Karuizawa 35-Year-Old Budō Collection will be released by dekantā, an online retailer of rare Japanese spirits and wine. There are three bottles in the collection, each containing whisky distilled in 1981 and matured for 35 years in an ex-sherry cask before being bottled in 2017. It has rich sherry notes with cinnamon-baked plum, rich cocoa, burnt toffee, and sweet licorice. On the palate, there are Christmas cake flavours with fresh tobacco leaves, sticky dates, and rich oak and a long, spicy finish of blackcurrant and red leather.

While Fowle isn’t specifically speaking to this release, he said: “Japanese whisky has seen enormous surges in value in recent years. Now, almost every Japanese single malt is released on tight allocation and closed distillery whiskies sell for hundreds of thousands.” Each bottle is painted by three of Japan’s famous street artists, Fate, Phil & TwoOne.