This week, Lorde and The xx remixed tracks from their respective 2017 albums, and Vampire Weekend’s Rostam Batmanglij released his first solo album.

The xx's 2016 single 'On Hold' found the English trio sampling Hall & Oates to forge the most upbeat and accessible song of its career. In a new remix of the song, Jamie xx, the band's producer, breaks the track down into fragments and recombines them in the form of a jittery and electric house track.

Sounding like an unhinged, lo-fi Steely Dan, psych-pop artist Ariel Pink waxes nostalgic on the funk-influenced 'I Wanna Be Young,' a standout track from his 11th studio album, 'Dedicated to Bobby Jameson.'

The ex-Vampire Weekend member Rostam Batmanglij's first solo LP 'Half-Light' doesn't come anywhere near the greatness of his former group's three albums, but his song 'Don't Let It Get To You' does show flashes of that same pop-rock brilliance. 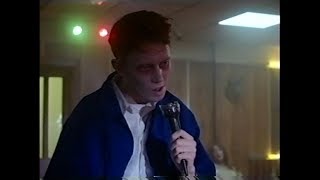