This week, The Weeknd appeared on a new song from Norwegian producer Cashmere Cat, and Led Zeppelin unearthed a previously unreleased song from 1969.

Led Zeppelin's lo-fi gem 'Sunshine Woman' is a previously unreleased recording from their upcoming 'The Complete BBC Sessions' album. The Guardian has said the track is 'likely the best recording you will ever find of what might be the last previously unheard complete Zeppelin song to get an official release.'

GoldLink, a rapper and self-proclaimed 'future bounce' artist, released his best and most infectious single to date with 'Fall in Love.' The Kaytranada and BadBadNotGood coproduced track, which sounds like it could have been composed by '80s funk icon Rick James.

Hamilton Leithauser + Rostam -- 'When the Truth Is...' 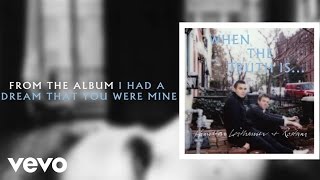 The latest single from the fantastic new duo of Hamilton Leithauser (The Walkmen) and Rostam Batmanglij (Vampire Weekend), 'When the Truth Is...' incorporates elements of doo-wop and soul for a superb, Vampire Weekend-style waltz track.

Thundercat -- 'Bus in These Streets'

Thundercat, one of the main producers behind Kendrick Lamar's 2015 masterpiece 'To Pimp a Butterfly,' has returned with a deceptively cheerful new song that he calls 'a comedic ode to our dependence on technology.'

Cashmere Cat's strange new single 'Wild Love' is a great showcase for The Weeknd's soaring voice and Francis and the Lights' distinctive 'prismizer' vocal effect, which was recently used on Chance the Rapper's 'Colouring Book' and Frank Ocean's 'Blonde.'