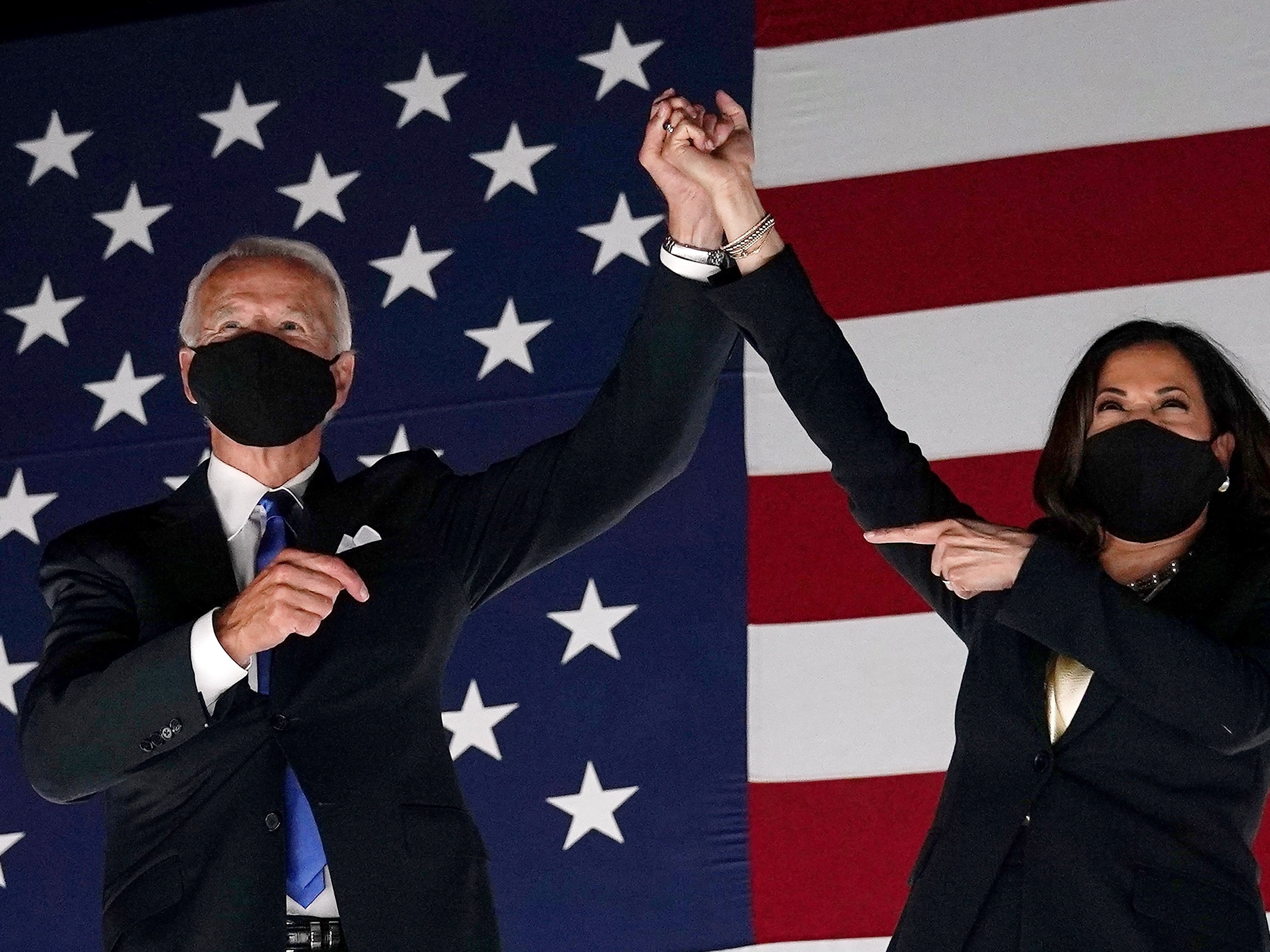 OLIVIER DOULIERY/AFP via Getty ImagesJoe Biden and Kamala Harris greet supporters outside the Chase Centre in Wilmington, Delaware, at the conclusion of the Democratic National Convention, held virtually amid the novel coronavirus pandemic, on August 20, 2020.

Major US media news outlets including the Associated Press, CNN, The New York Times, and The Washington Post all called the election for Biden on Saturday. People celebrated in the streets and leaders around the world sent their congratulations.

Celebrations poured online as well, with a collection of GIFs, memes, and videos cheering Biden’s victory.

Lots and lots of dancing

Thank you, Philadelphia! On behalf of all of us, THANK YOU, THANK YOU! pic.twitter.com/3q9XfmPWEW

Kamala Harris is the first Black and Asian American woman vice-president-elect in history. The Internet proudly toasted to this historic stride with lots of memes and gifs celebrating Harris.

Biden made a cameo appearance in an episode of Parks and Recreation in 2012, when the main character Leslie Knope, portrayed by Amy Poehler, met “her hero” â€” President-elect Biden. At one point Leslie Knope tells Biden “this isn’t happening,” to which Biden reacts “No, it’s happening,” which many users on Twitter are finding apropos for the moment.

The return of the fly

During the vice-presidential debate in October, the Internet was buzzing commentary on the fly that landed on Vice President Mike Pence’s head.Social media users are back with references of the fly while celebrating President-elect Biden’s victory.

The fly that landed on Mike Pence’s head showing up to Joe Biden’s Inauguration Ball pic.twitter.com/asVh8IE7wo

Mike Pence just removed the fly from his head, signaling it’s over.

“Party in the USA”

Singer Miley Cyrus tweeted out a compilation of videos celebrating Biden and Harris’s victory with her hit single “Party in the USA” used as the soundtrack.

SIRI PLAY PARTY IN THE USA

this is the party in the USA miley spoke of