Shortly after Netflix dropped season two of “You” in December, fans started having fun with it on Twitter.

From memes and jokes about Joe (Penn Badgley) and his “magical invisibility” hat to reactions to the season’s big twist ending, fans got creative with their tweets.

But one thing people couldn’t stop talking about was, of course,Joe’s glass box.

Here are some of the best dark and hilarious memes about it.


Warning: Spoilers for season two of “You” ahead.

On season one, the glass box is a temperature-controlled vault where Mooney’s bookstore holds rare books.

But somehow during his quick escape from New York to Los Angeles, Joe managed to disassemble the box, move it, and set it up in a storage unit without being caught.

The only explanation for the presence of the box in season two is a quick line in which Joe said it took longer to assemble it on his own than when he used to set it up with Mooney.

Ok so have we discussed how Joe moved to LA with little money but managed to rent an extra space and construct another huge ass glass prison box? pic.twitter.com/mtvVV29ozQ

How did he get that glass box from New York to LA. #YOUNetflix pic.twitter.com/W0ceoda6qn

Some fans joked about wanting to be inside the box

On season two, Joe forms a close friendship with one of his victims, Will Bettelheim. Together they eat meals, play hangman, and talk about life.

Partially because of this, some fans felt that being locked inside the glass box looked like a welcome escape from life – and many joked about how they’d actually like being locked in the box.

Me sleeping soundly in Joe’s glass box having made peace with my bad taste pic.twitter.com/tkrZpUO8OW

some of y’all on here think 1 is the best seat pic.twitter.com/ez0DN506ct

Many tweets mentioned Will, who bonds with Joe and is freed from the box

Out of all the victims held in Joe’s glass box, Will is the only person to make it out alive. Joe voluntarily let Will go to prove to himself that he’s a good person.

Will (played by Robin Lord Taylor) also became quite a fan favourite and appeared in a few hilarious tweets.

coming out of and he’s been
will’s cage doing just fine pic.twitter.com/Wt1Jjhq1IW

find someone who looks at you the way joe goldberg looks at will bettleheim #YouNetflix pic.twitter.com/grUAO013nn

Late in the second season, Candace (Ambyr Childers) manages to trap Joe in the box and calls Love (Victoria Pedretti) to come to the storage unit and see the truth.

Love ends up killing Candace and returns to the glass box to reveal her dark past to Joe, who is still trapped inside.

Fans joked about Joe’s facial expressions when he was held captive and found out the truth about Love.

Some even poked fun at his reaction to the “big reveal” that Love was a killer too.

Joe's face while Love is explaining how she stalked him, murdered Delilah and the au pair and is trying to frame a 15 year old for murder #YouNetflix #YOUSEASON2 #YouS2 pic.twitter.com/9uA8l9g2gX

Throughout seasons one and two, Joe keeps his victims trapped for long periods of time.

He brings them food (sometimes, for better or worse, with their dietary restrictions in mind) and often stays to have conversations.

Some victims try to persuade Joe to let them out, while others appeal to Joe by forming a relationship with him.

Trying to seduce Joe to let me out of his plexiglass box #YouNetflix pic.twitter.com/cFCRnsuVAl

POV: I am being held against my will by Joe Goldberg, and I’m trying to entertain myself while he gets me dinner #YouNetflix @YouNetflix pic.twitter.com/31r2EcAVe5

me entertaining Joe so he’ll let me out of the glass box! pic.twitter.com/Qxh4ccUpw3 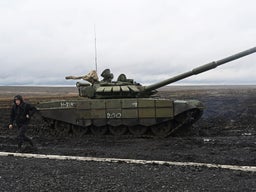