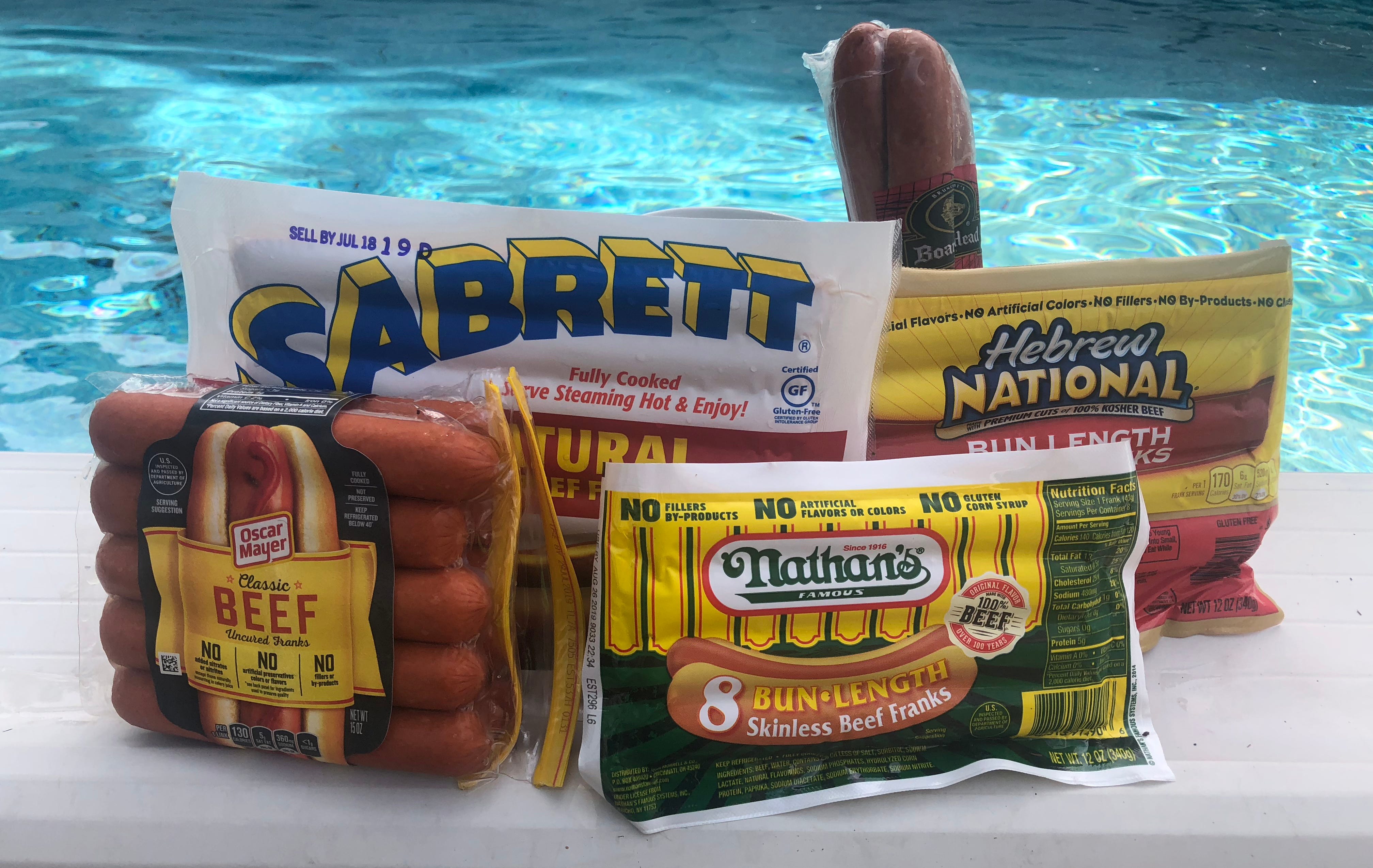 With the Fourth of July just days away, many will be purchasing hot dogs for the perfect summer barbecue.

When shopping for hot dogs at your grocery store this weekend, you’ll probably realise there are a ton of options to serve your guests. To help narrow down your choices, I enlisted the help of my family to try five popular hot dog brands and see which one we liked best.

The brands we tried were:

In order to really taste the hot dogs themselves, we decided to forgo the regular fixings like mustard, sauerkraut, and relish. We judged each of the dogs on their size, taste, and texture to determine which one is the best option to serve this summer.

Keep reading to find out what we thought about each of the brands.

First, we tasted the Boar’s Head hot dogs, and it was a pleasant surprise. My dad and step-mum said they knew which hot dogs would be the best before even starting the taste test: Boar’s Head. They said it’s the only brand they buy during the summer, despite it being the most expensive option.

However, I was immediately sceptical. Being the largest of the five, almost a third of the hot dog did not fit into the bun, which is a big no-no for me. There was also a strange tail at the end of the hot dog. It looked a bit off-putting, but I took a bite anyway.

The hot dog’s “natural skin” was a surprise upon the first bite because it was a bit more difficult to bite into, giving the dog a certain chewiness, in my opinion. From the strange tail to the thicker skin, I found that a Boar’s Head hot dog is eerily similar to a sausage. Although I usually don’t like tougher skins on hot dogs, the flavour was still delightful.

Next, we tasted the Hebrew National hot dogs and had some converts. 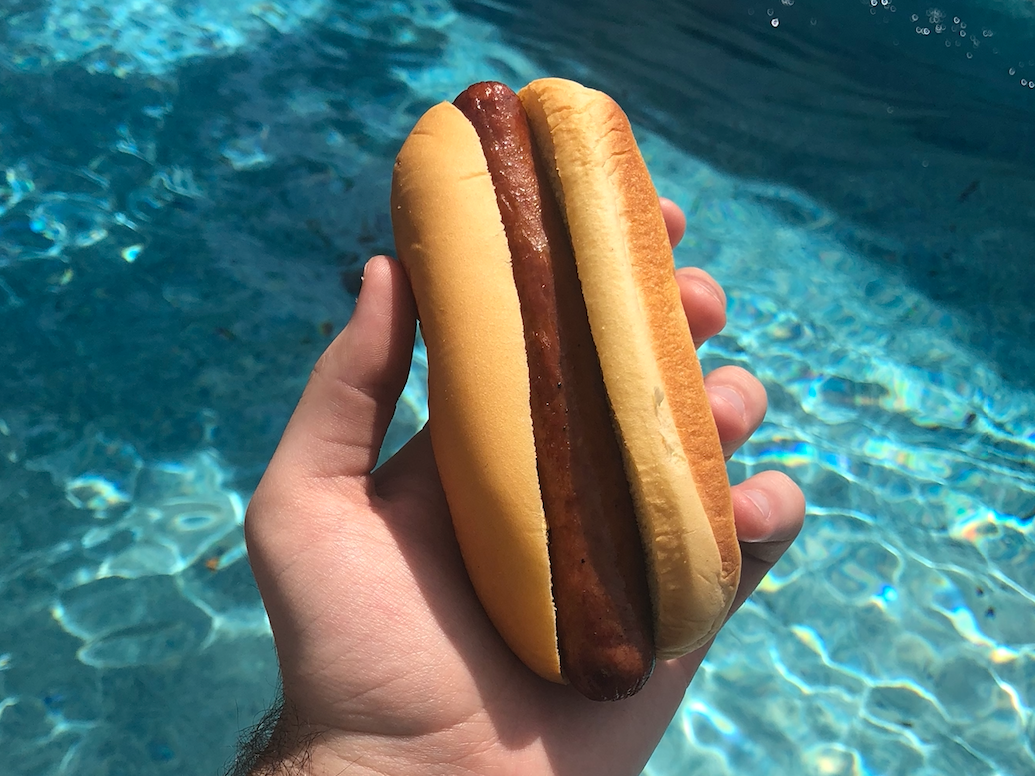 Hebrew National’s hot dogs are advertised as 100% kosher beef and are considered a classic, often served at summer barbecues. When I bit into it, I instantly understood why. A flavorful taste burst into my mouth, offering the quintessential summer hot dog flavour. Not only was it tasty, but it was also surprisingly juicy.

My sister was also pleasantly surprised by the taste of the Hebrew National, and my dad and step-mum even admitted that it had more flavour than their usual favourite, Boar’s Head.

Next, we moved on to Nathan’s brand of hot dogs — and the reactions were split. 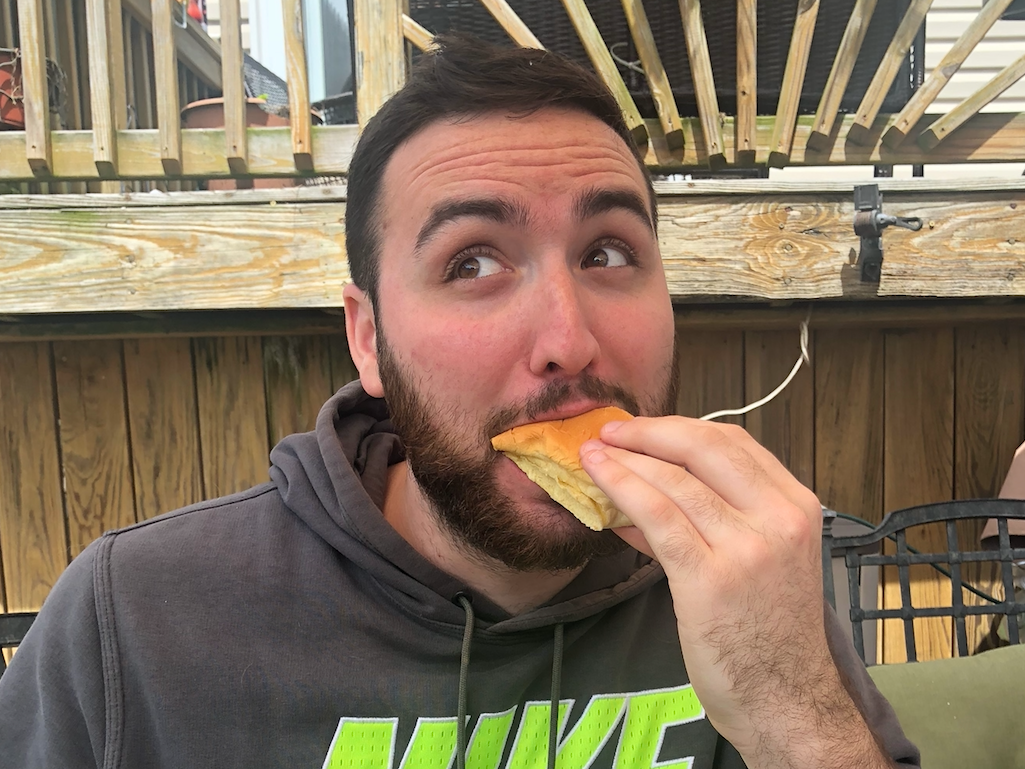 Growing up in New York, my dad used to take me to Coney Island to eat the famous Nathan’s hot dogs on the boardwalk. It goes without saying that my family has a special connection to the Nathan’s brand, and that’s probably why my dad loved this hot dog during the taste test.

However, my sister and I had very different reactions. In contrast to the Hebrew National dog, this one was much drier, in my opinion. I also found that it had a strange after-taste. To me, the hot dog tasted saltier and smokier than the Hebrew National one.

After Nathan’s, we tried the Sabrett brand, and we were mostly underwhelmed. 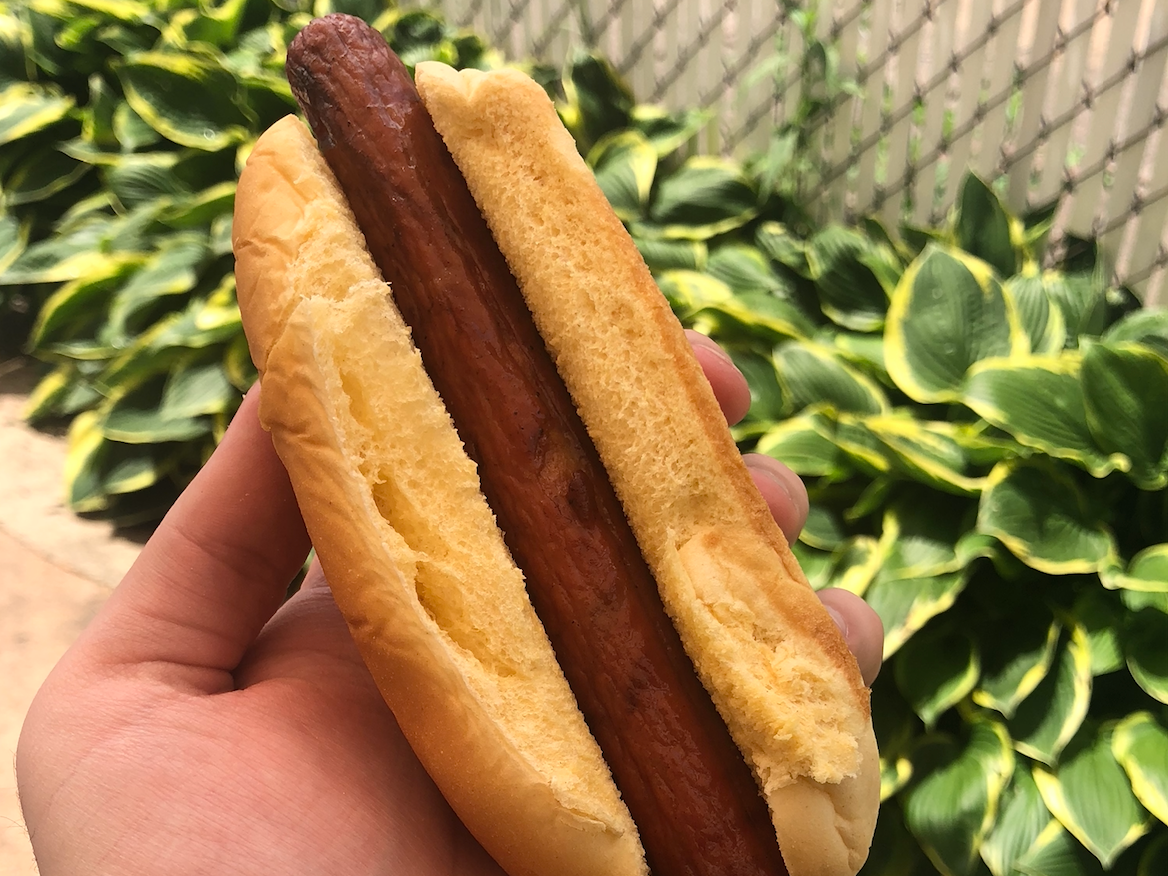 Frank Olito/ Business InsiderThe Sabrett hot dog is too big for the bun … and this picture.

Sabbrett was one of the lengthier hot dogs that did not fit entirely in the bun, which is one of my biggest pet peeves. I thought that the first bite lacked flavour, and that the following bites continued to be just as bland. It was also a bit dry for my liking. The rest of my family was equally underwhelmed.

“This is probably the first time in my 59 years that our hot dog has ever been called bland,” Nikki Rosen, vice president of Sabrett, later told me. “We are a third-generation, female-owned business and always strive to put out the best-quality and best-tasting Frankfurter.” 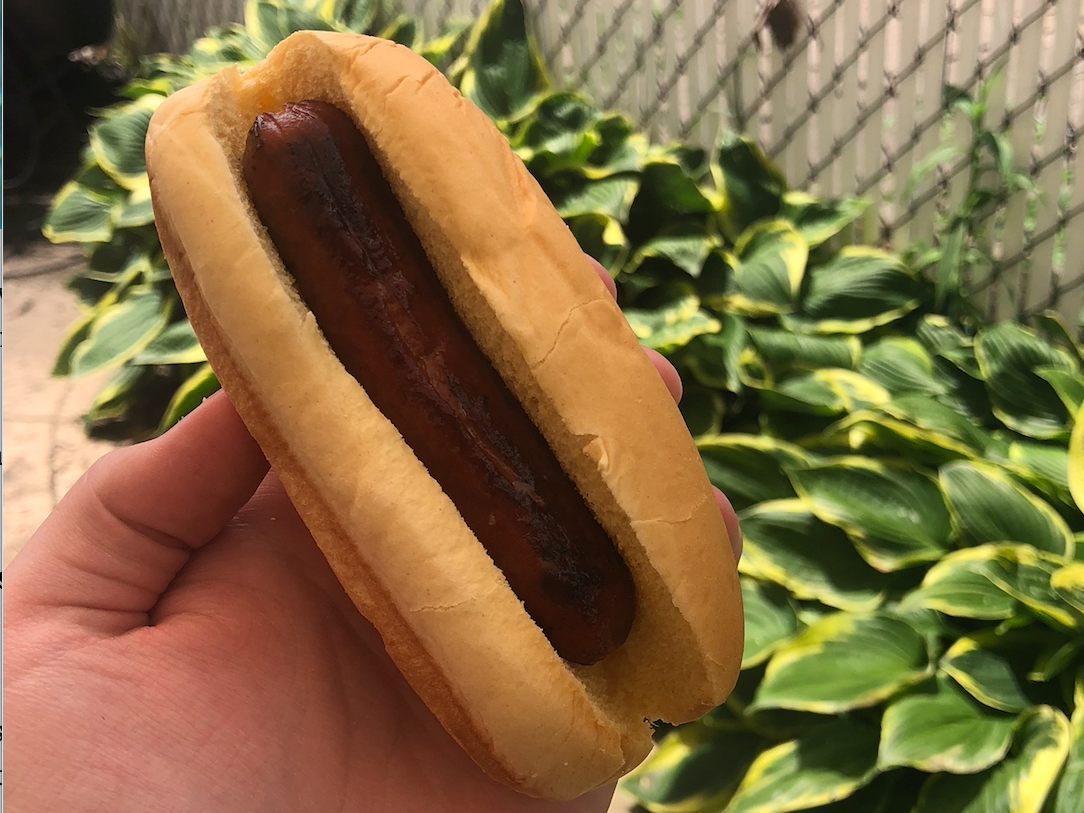 The Oscar Mayer hot dog stood out from the rest because it was noticeably smaller than the other dogs and looked a bit lonesome in the bun. It was also much thicker and chunkier than the rest, which was unappealing to me. My concerns were confirmed when everyone bit into the meat. I found the taste reminiscent of lunch meat, specifically sour bologna. 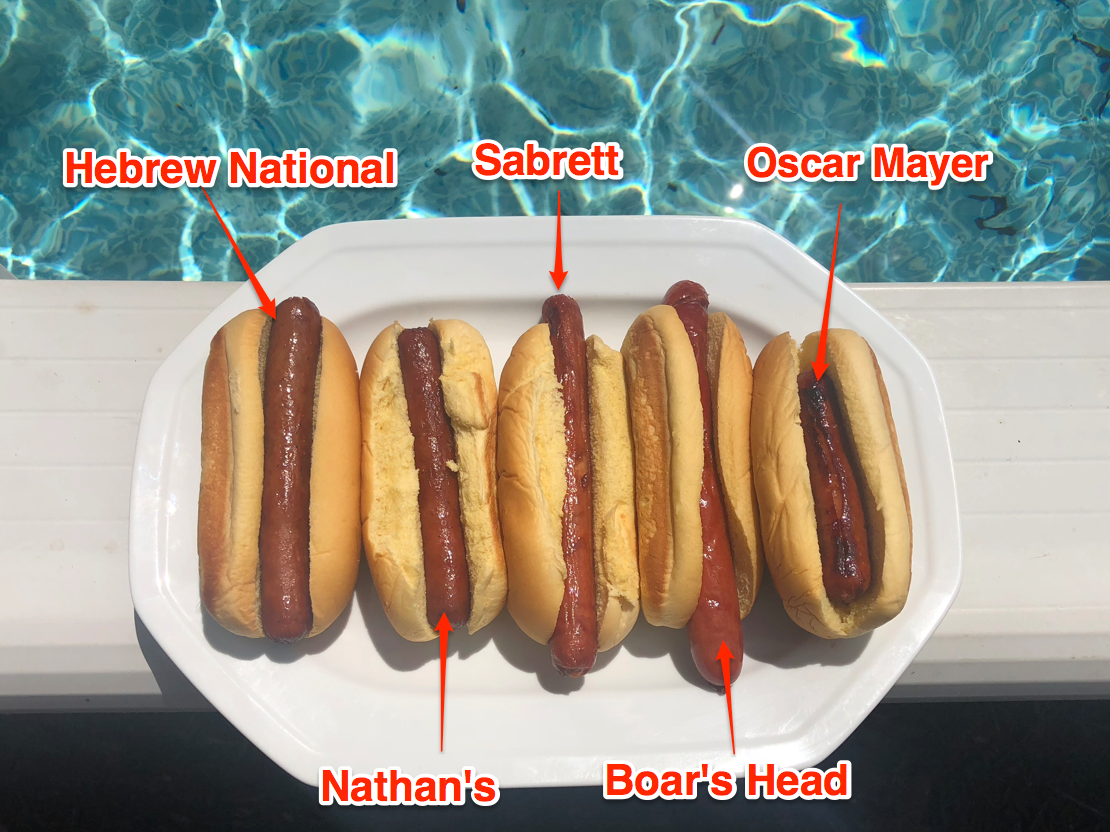 Frank Olito/ Business InsiderHere are all five of the contenders.

The market is filled with options for your Fourth of July barbecue. However, the Hebrew National hot dog brand came out on top for us. It has a great flavour and texture, and it can even impress some of the most stubborn sceptics this summer holiday.