The 31 best heist movies of all time, ranked 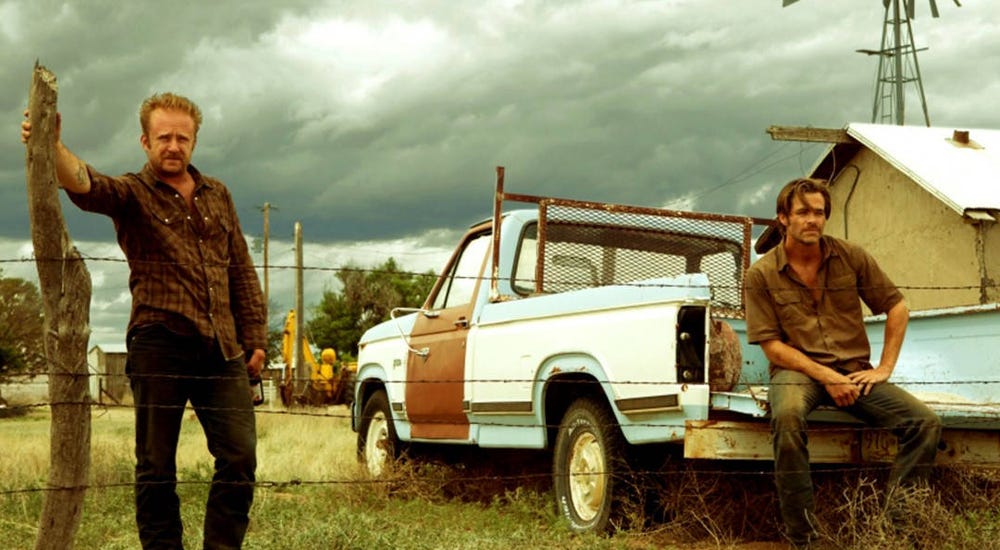 There’s something about a good heist movie that makes for a great night of entertainment.

Whether it’s the story’s high stakes or the top-shelf actors and directors who seem to gravitate to the genre, heist movies are a staple of a reason. When that mix is pulled off the right way, it can be a memorable experience.

We thought now is a better time than any to dive into the genre and pull out the top titles.

Here are the 31 best heist movies of all time, ranked: 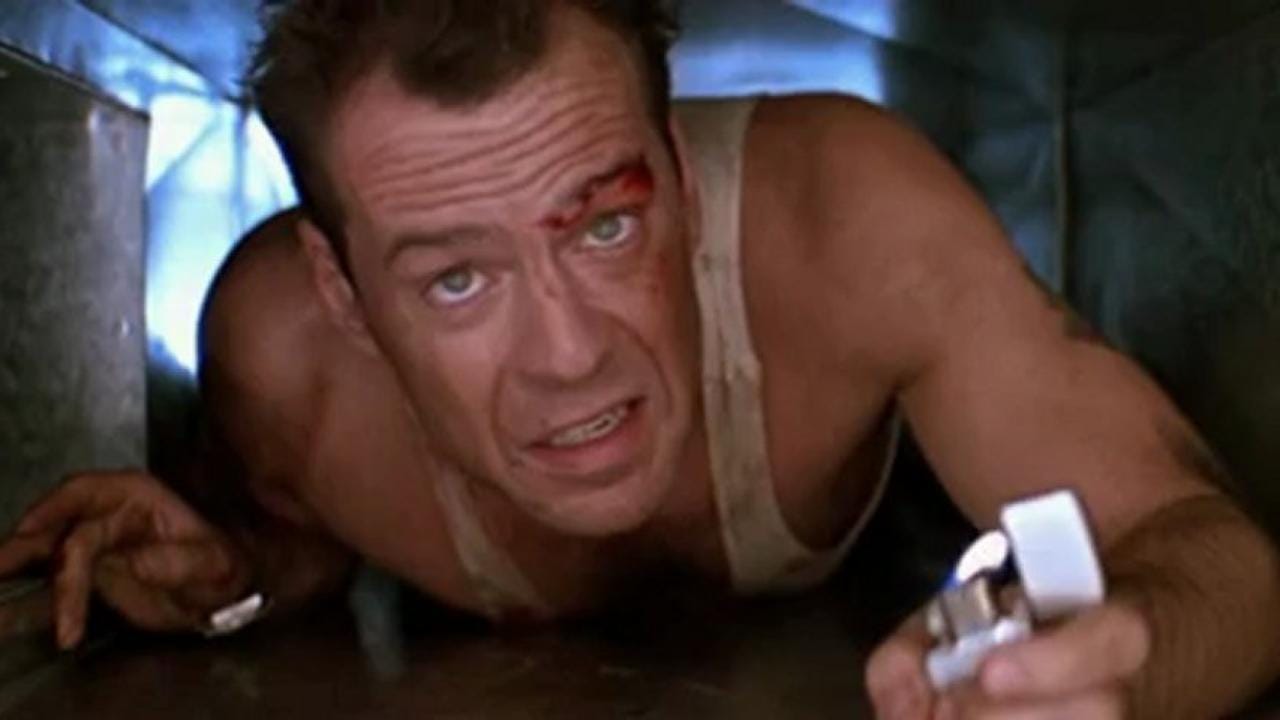 Everyone loves to focus on this movie’s action sequences and if it’s a Christmas movie or not, but it also has a great heist element to it.

Villain Hans Gruber and his gang are made up to be a terrorist group when in fact they are (spoiler!) trying to nab $US640 million in bearer bonds. 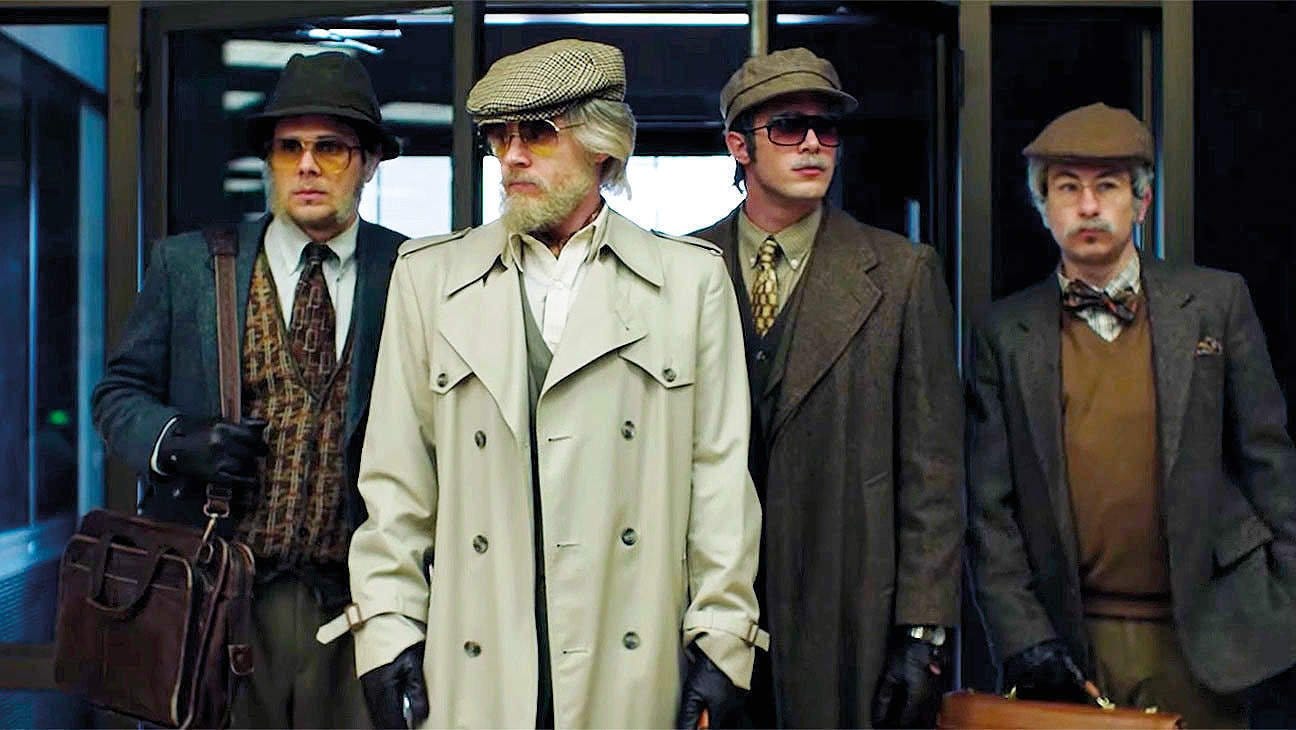 The OrchardA real heist is the focus of ‘American Animals.’

In retelling the real-life heist attempt at a library in Lexington, Kentucky, director Bart Layton (“The Imposter”) looks at the events through a mixture of actors and the real people who did the crime.

Occasionally, the actors and the real-life thieves interact with one another on-screen, which makes for a very memorable movie. 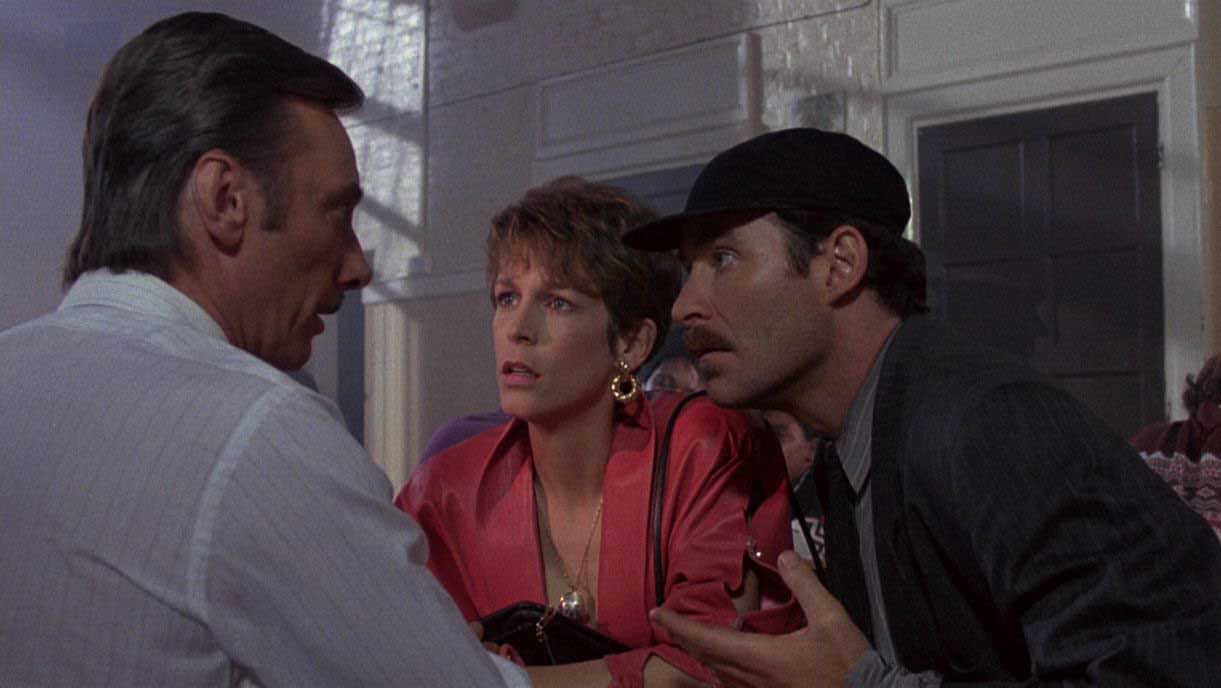 MGMKevin Kline (R) earned an Oscar for his performance in ‘A Fish Called Wanda.’

John Cleese, Jamie Lee Curtis, Kevin Kline, and Michael Palin play a bumbling group who commit a robbery of very pricey diamonds and then try to con one another out of the loot.

Cleese and Palin are at top form, and Kline’s portrayal of a cocky American earned him an Oscar win for best supporting actor. 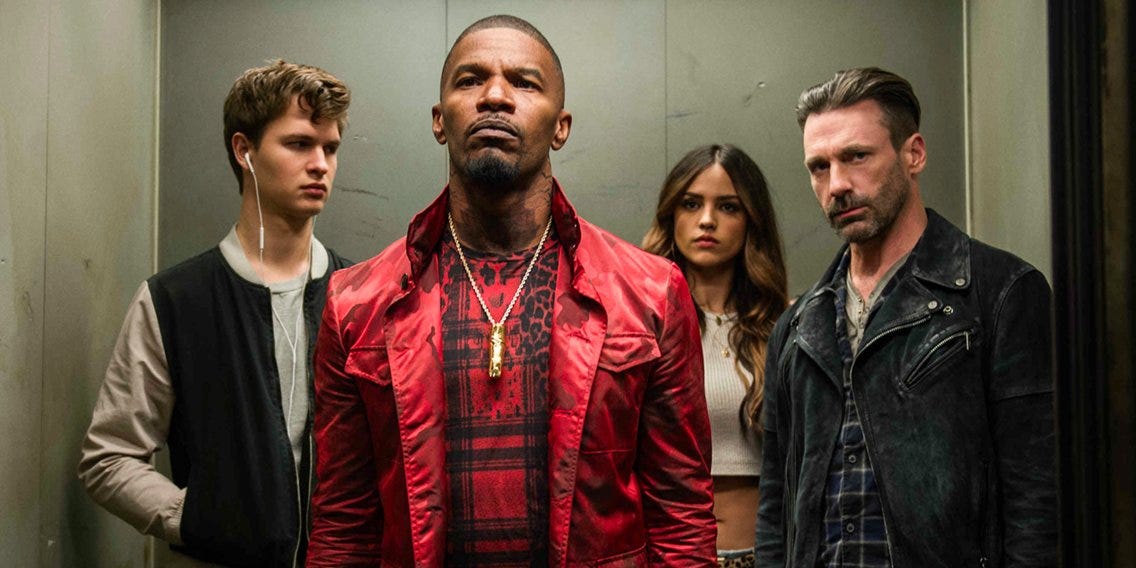 Edgar Wright’s slick crime story is a standout because it puts the focus on the often-under-appreciated person in a heist: the getaway driver.

Ansel Elgort is fantastic as a top-flight driver who is constantly listening to music. 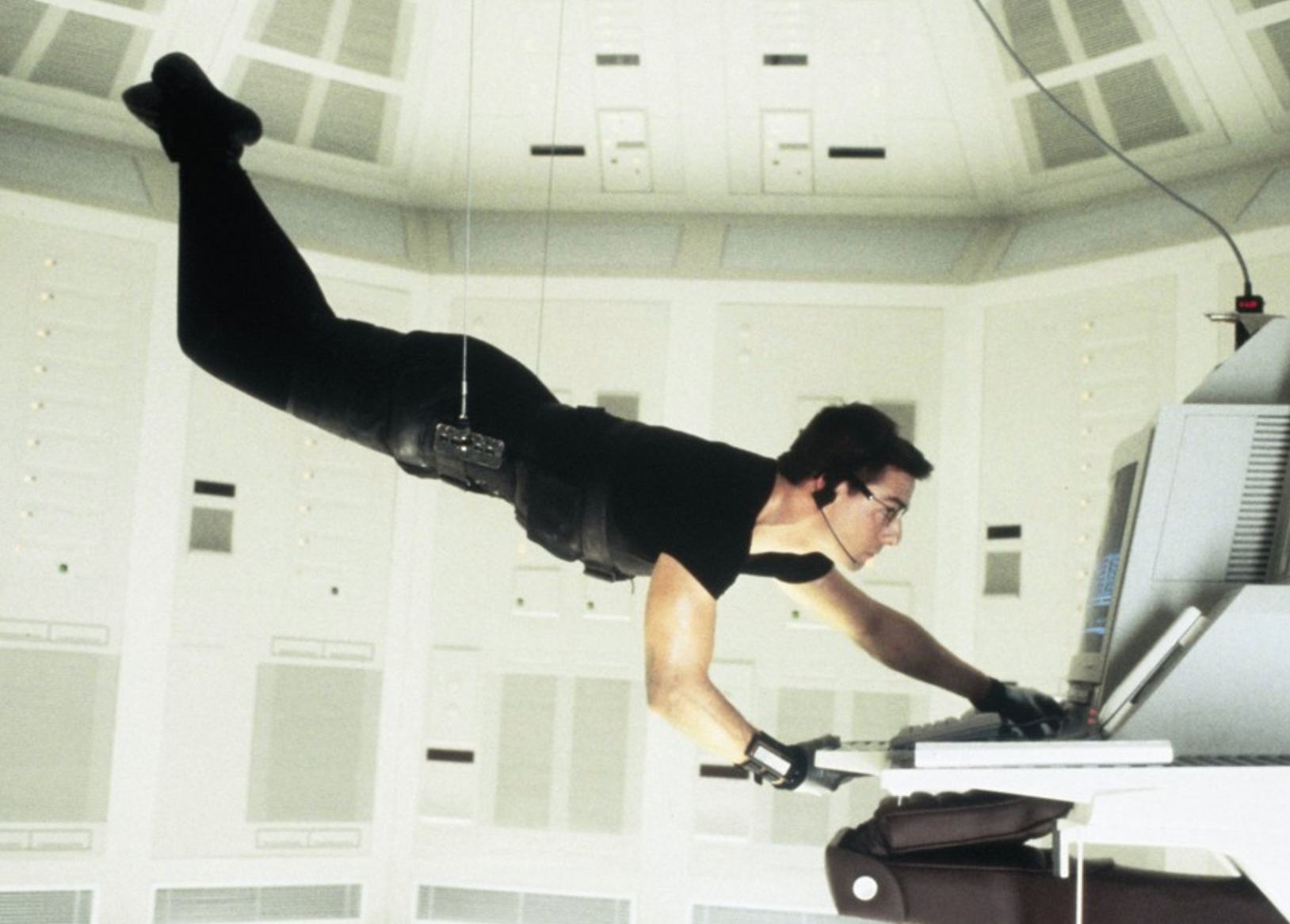 Though Tom Cruise’s first time playing Ethan Hunt showed off all of the fun spy aspects of the franchise, it also had a very elaborate heist element. Hunt breaking into CIA headquarters to steal the “NOC” list is a highlight of the film. 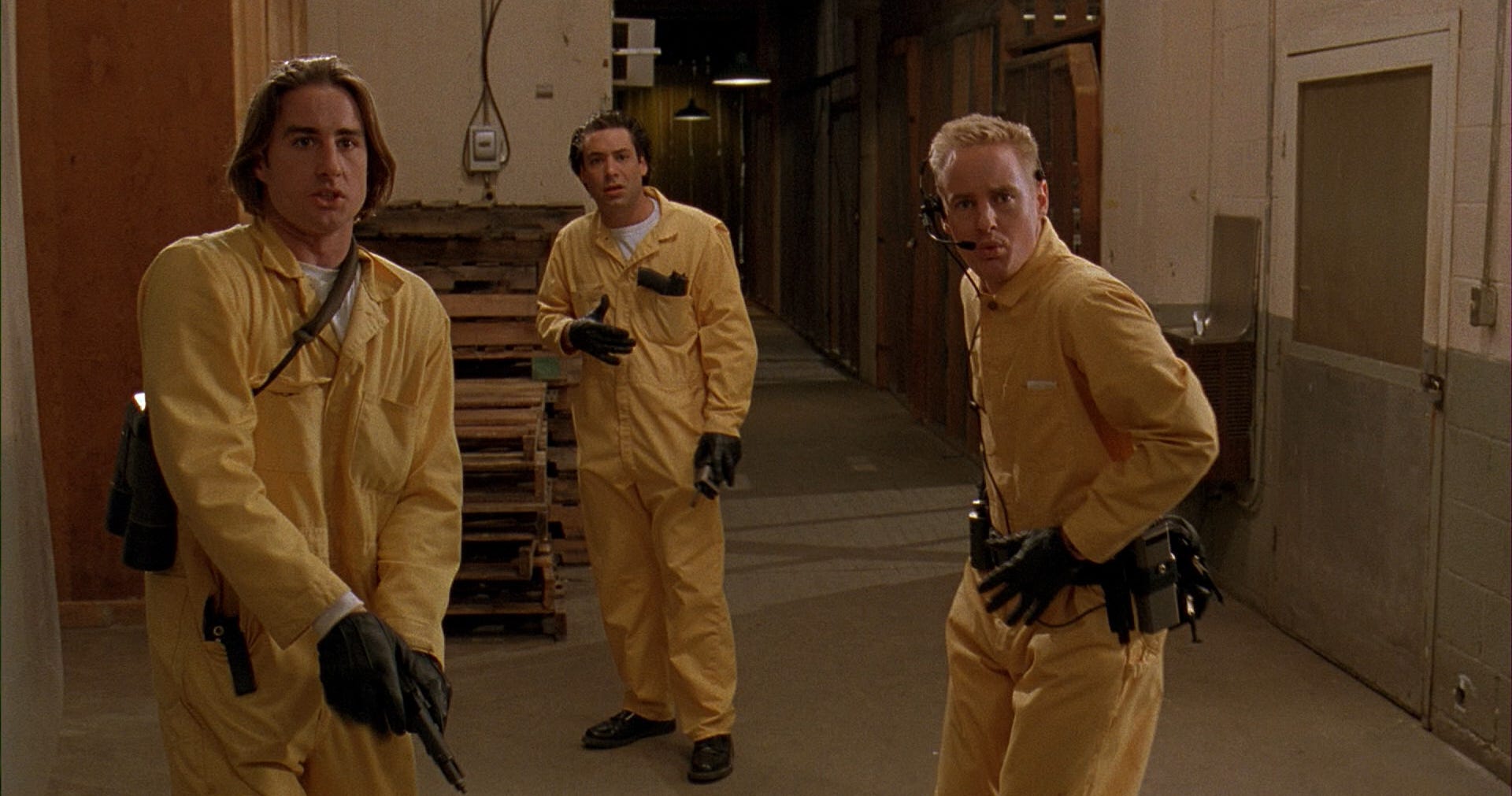 For Wes Anderson’s directorial debut, he cast then-unknown brothers Luke and Owen Wilson as friends who plan the heist of a factory only for things to go horribly wrong. 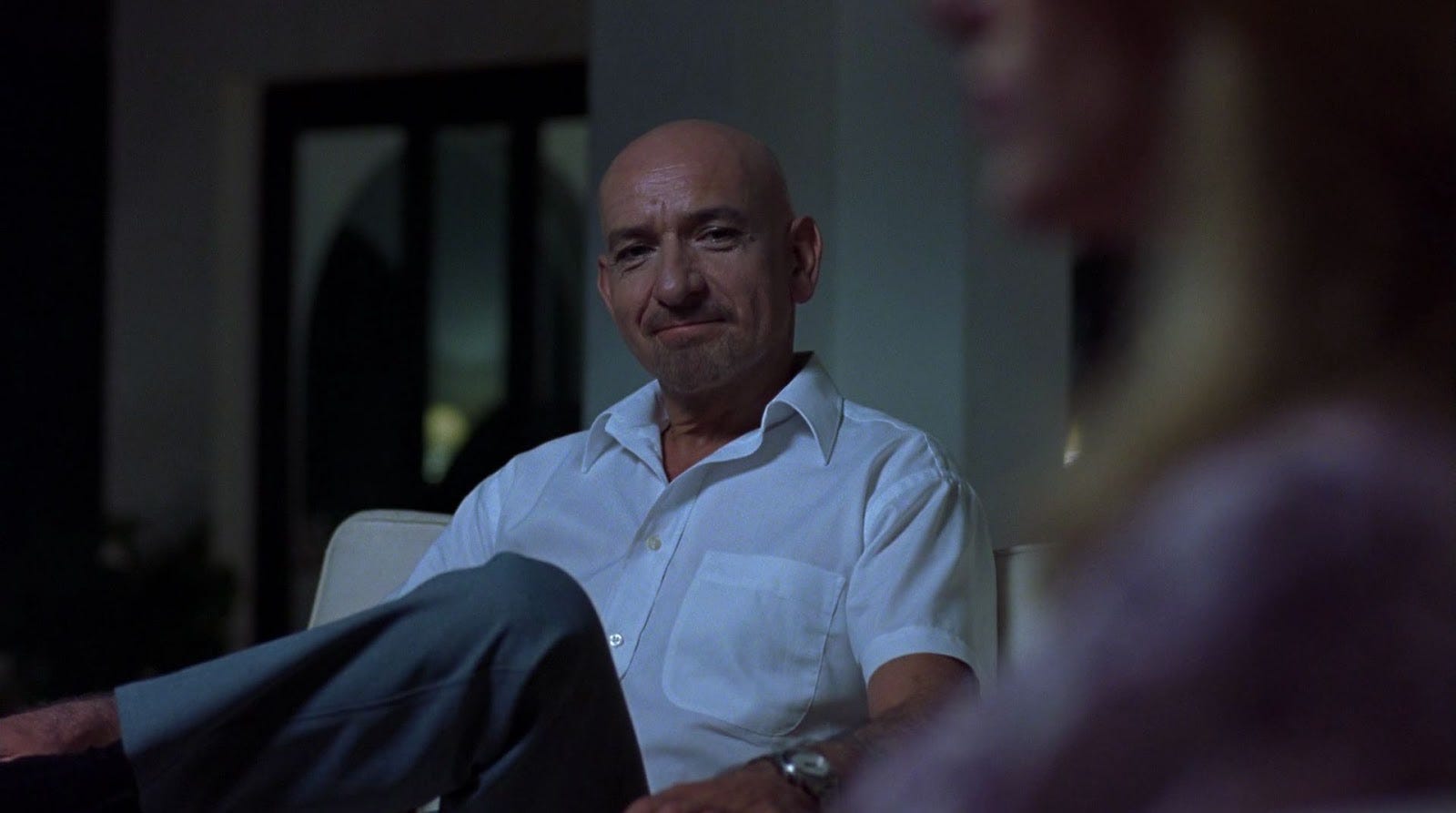 The heist itself is on the back burner in this movie but it doesn’t matter. This fantastic drama features Ben Kingsley playing a psychotic gangster who is tasked with getting Ray Winstone’s safecracker character to come out of retirement for one last job. 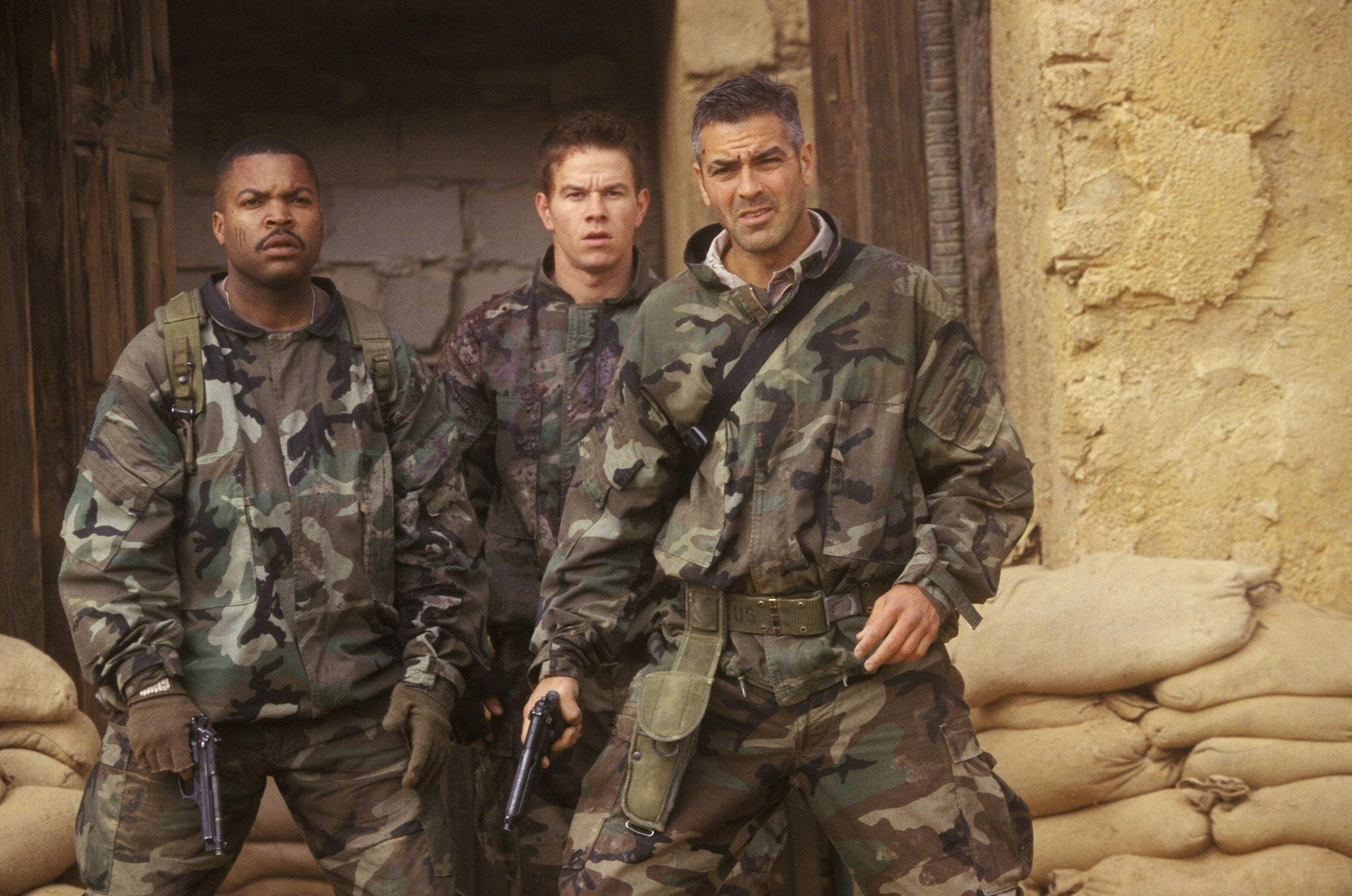 George Clooney, Mark Wahlberg, Ice Cube, and Spike Jonze play soldiers who set out for gold during the aftermath of the Persian Gulf War. But what they find instead are people who desperately need their help. 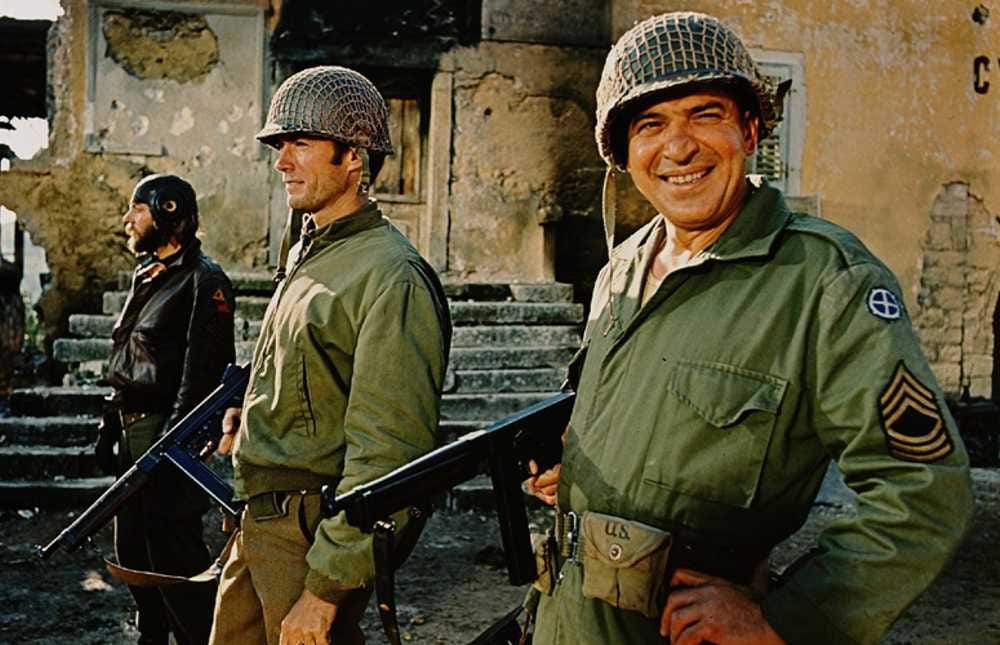 Decades before “Three Kings,” a similar movie was made. This time, the heist element is set around the end of World War II. Clint Eastwood, Donald Sutherland, Telly Savalas play a ragtag group of GIs who go behind enemy lines to steal Nazi gold. 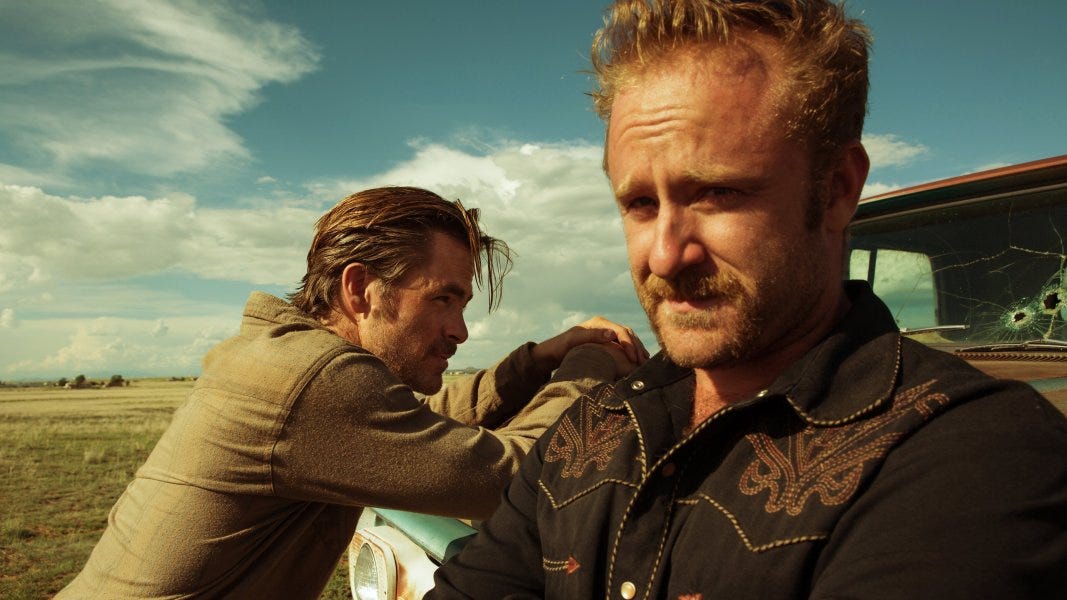 This fantastic modern-day Western follow Chris Pine and Ben Foster as brothers who go on a string of bank robberies to save their family ranch. Jeff Bridges plays the Texas Ranger who is out to stop them. Everyone in this movie gives incredible performances. 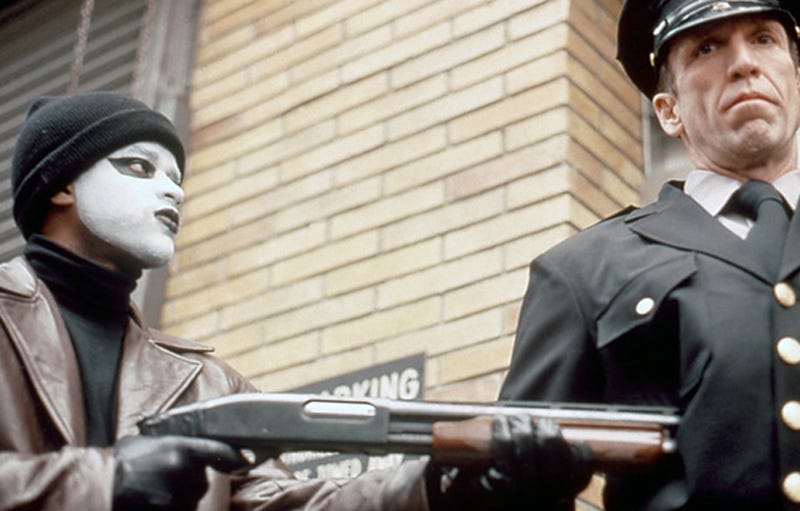 Larenz Tate plays an African-American Vietnam vet who struggles to make a decent living after getting back from the war, leading to a life of crime.

The attempt for a big score from an armoured car at the end of the movie is a thrillingly tragic commentary on the few options offered to veterans following the war. 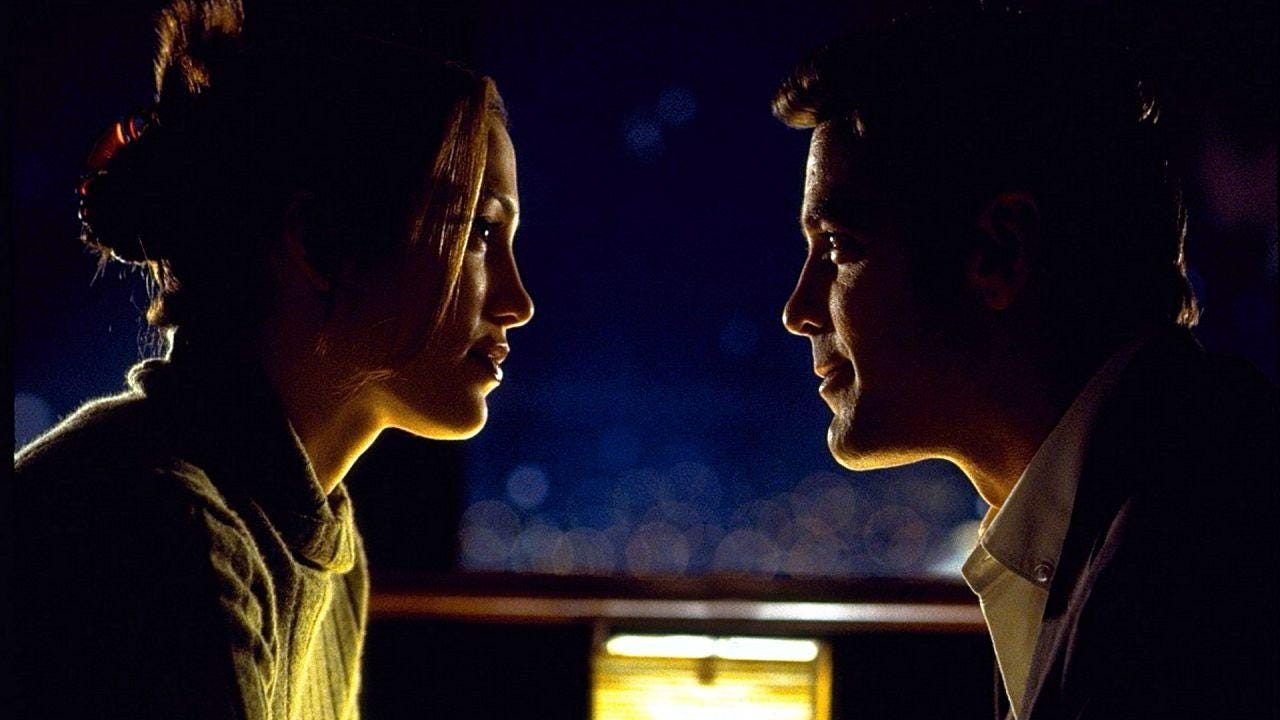 UniversalJennifer Lopez and George Clooney in ‘Out of Sight.’

Adapting the book by legendary crime novelist Elmore Leonard, Steven Soderbergh shows off his distinct visual style in this noir love story starring George Clooney as a career criminal and Jennifer Lopez as a US Marshal who is on his trail after he escapes prison.

Their final meet-up happens at the end during a very poorly planned heist of a rich ex-con’s home safe. Soderbergh proves he was born to make these kinds of movies. 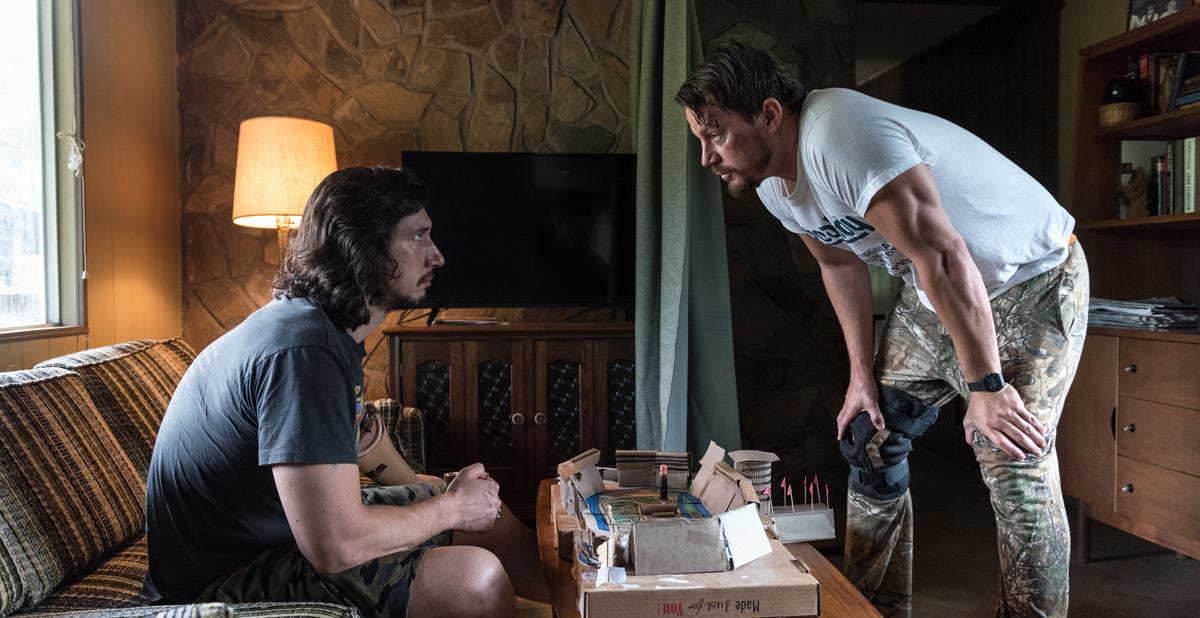 And right on queue here is Steven Soderbergh again. He went back to the heist genre after years after doing the “Ocean’s Eleven” franchise to deliver another great lighthearted crime movie.

This time, Channing Tatum, Adam Driver, and Daniel Craig round out the cast and they are all perfect as they try to pull off a heist during a NASCAR race.

UniversalThis vault gets quite a ride at the end of ‘Fast Five.’

Though almost every “Fast and Furious” movie has a heist aspect to it, for this one, they really pull it off well.

Dwayne “The Rock” Johnson joins the cast as a cop who’s out to track down Vin Diesel and Paul Walker’s crew. And then there’s the exciting robbery at the end which features a safe being dragged around Rio de Janeiro by two hot rod cars. 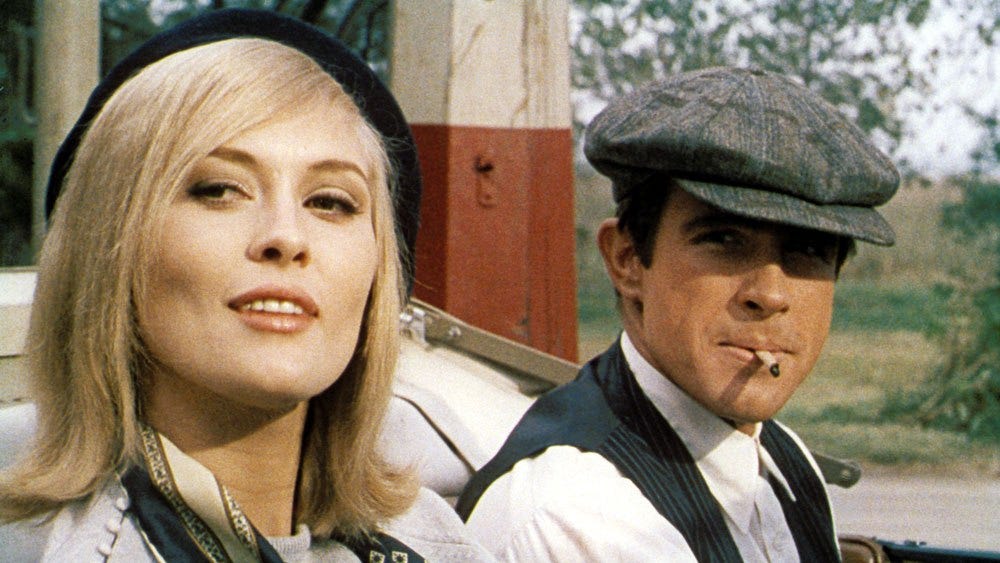 One of the movies that led to darker, more auteur-driven releases in Hollywood during the 1970s, the historical film with Warren Beatty and Faye Dunaway as infamous bank robbers Clyde Barrow and Bonnie Parker gave birth to the on-screen antihero as we know it. 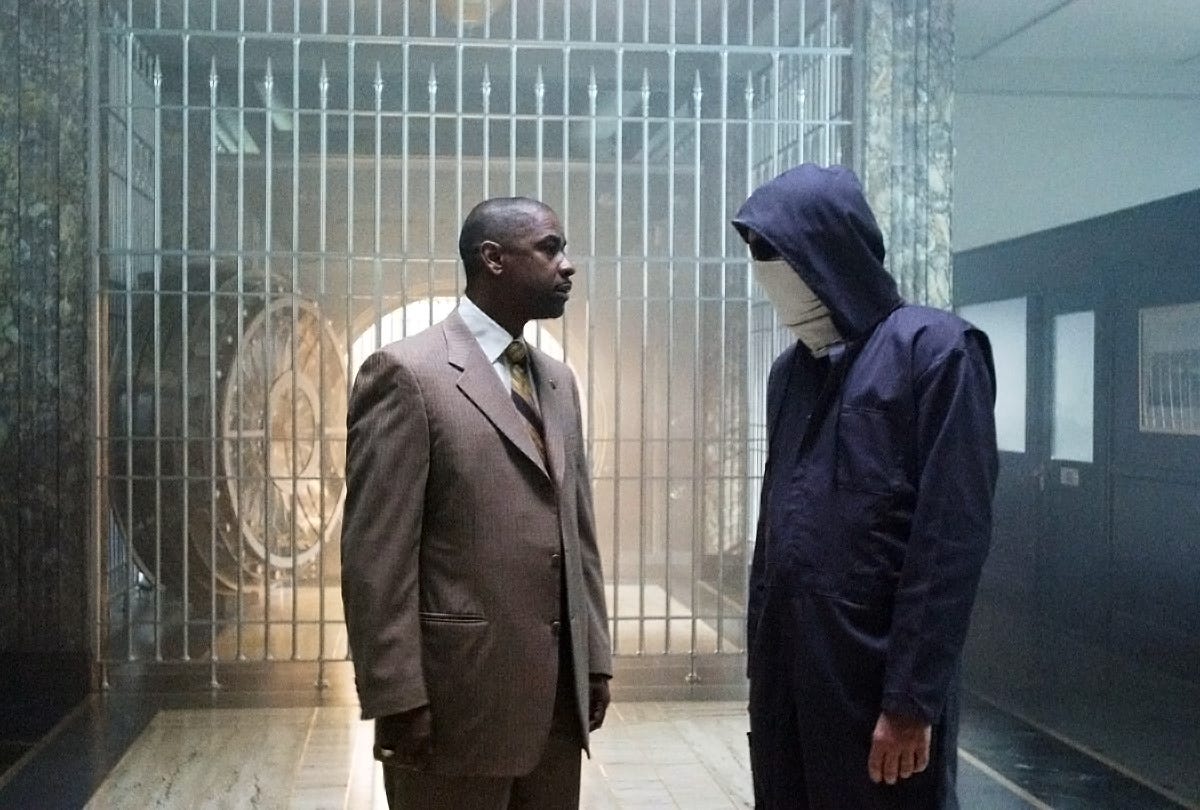 Universal Pictures(L-R) Denzel Washington and Clive Owen in ‘Inside Man.’

Though at times a little too clever for its own good, Spike Lee’s heist/hostage movie is still a fun head-scratcher with Denzel Washington and Clive Owen delivering great performances. 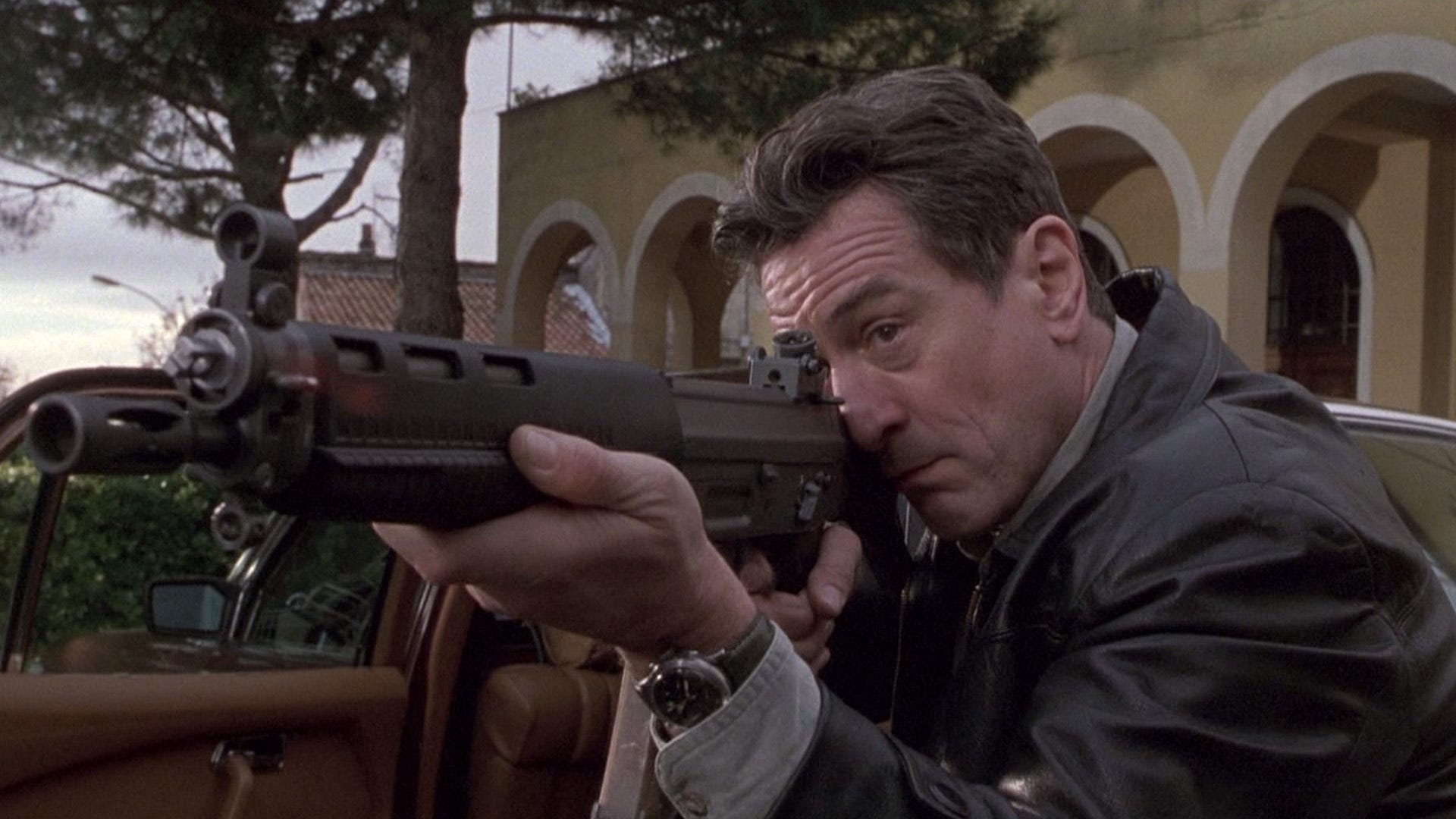 Though the car-chase scenes are more remembered than the heist itself, this movie makes the list because it’s one of the most original entries in the genre.

Robert De Niro as a mercenary who is out to do a job or die trying gives one of the most under-appreciated performances of his career.

Director Steve McQueen delivers a powerful work in which the wives of slain criminals must pull off the job they were planning. 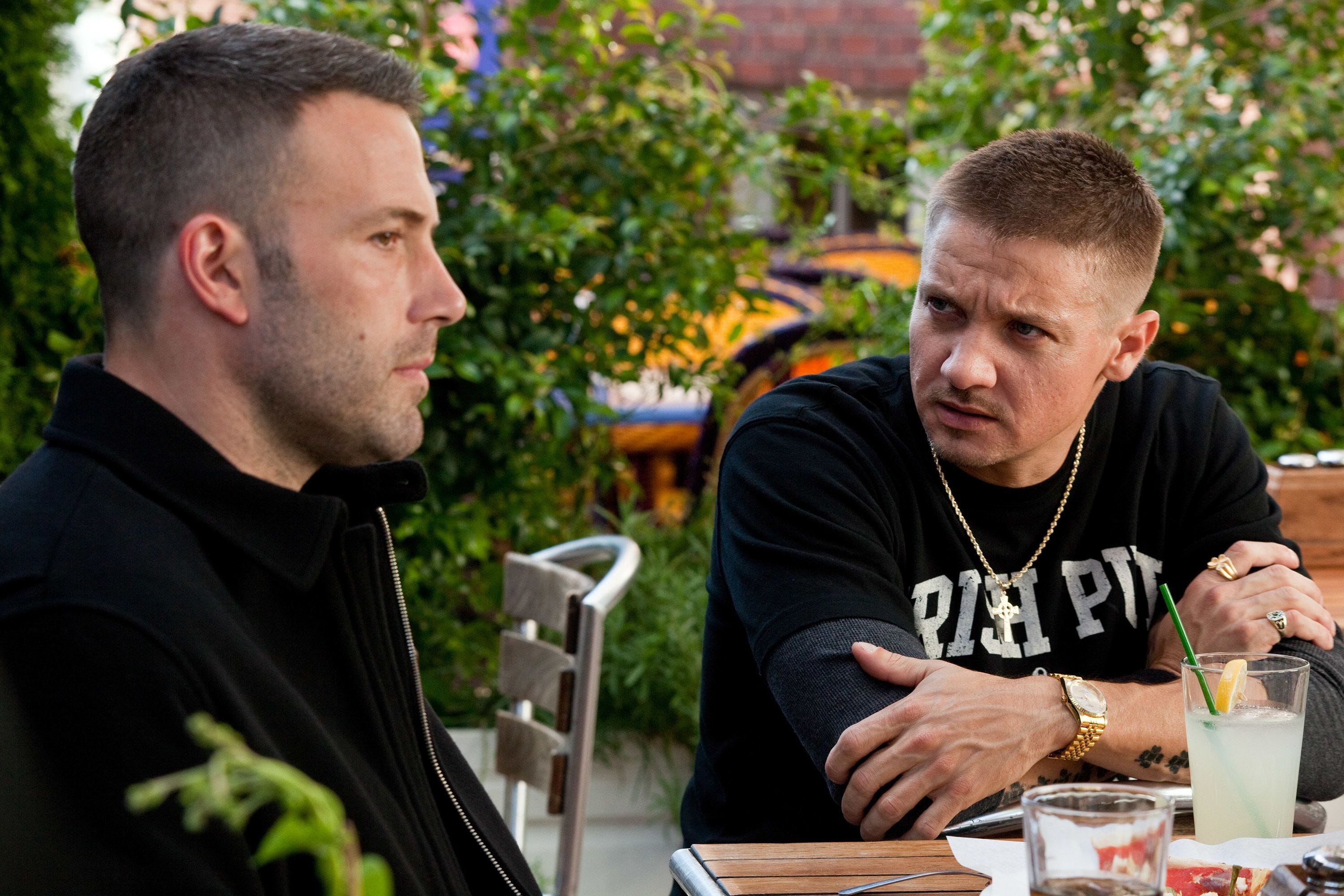 Warner Bros.(L-R) Ben Affleck and Jeremy Renner in ‘The Town.’

If Ben Affleck directed this kind of movie for the rest of his career, we would have no complaints. Starring alongside Jeremy Renner (deservedly nominated for an Oscar), Jon Hamm, and Rebecca Hall, Affleck is part of a group of Boston thieves planning their last big score. 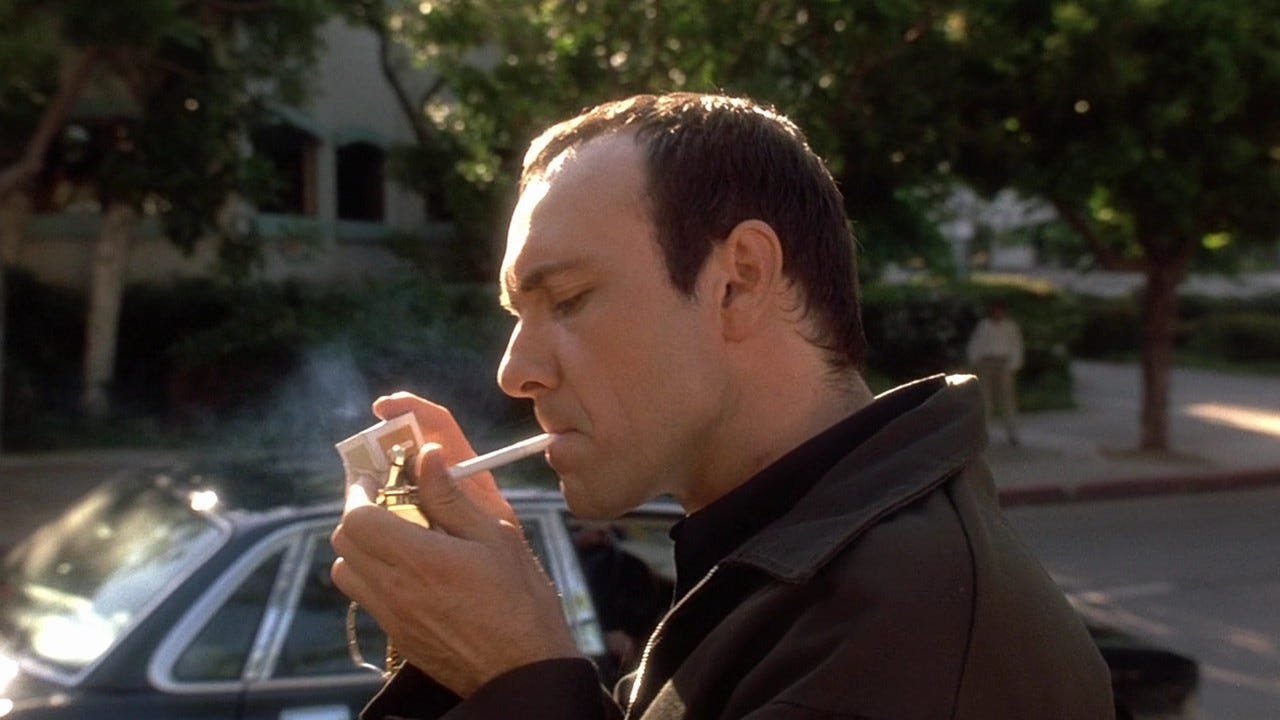 The crime movie that outsmarted everyone with its twist ending is also filled with clever heists, including a final one that leads to the demise of the career thieves who thought they had seen it all. 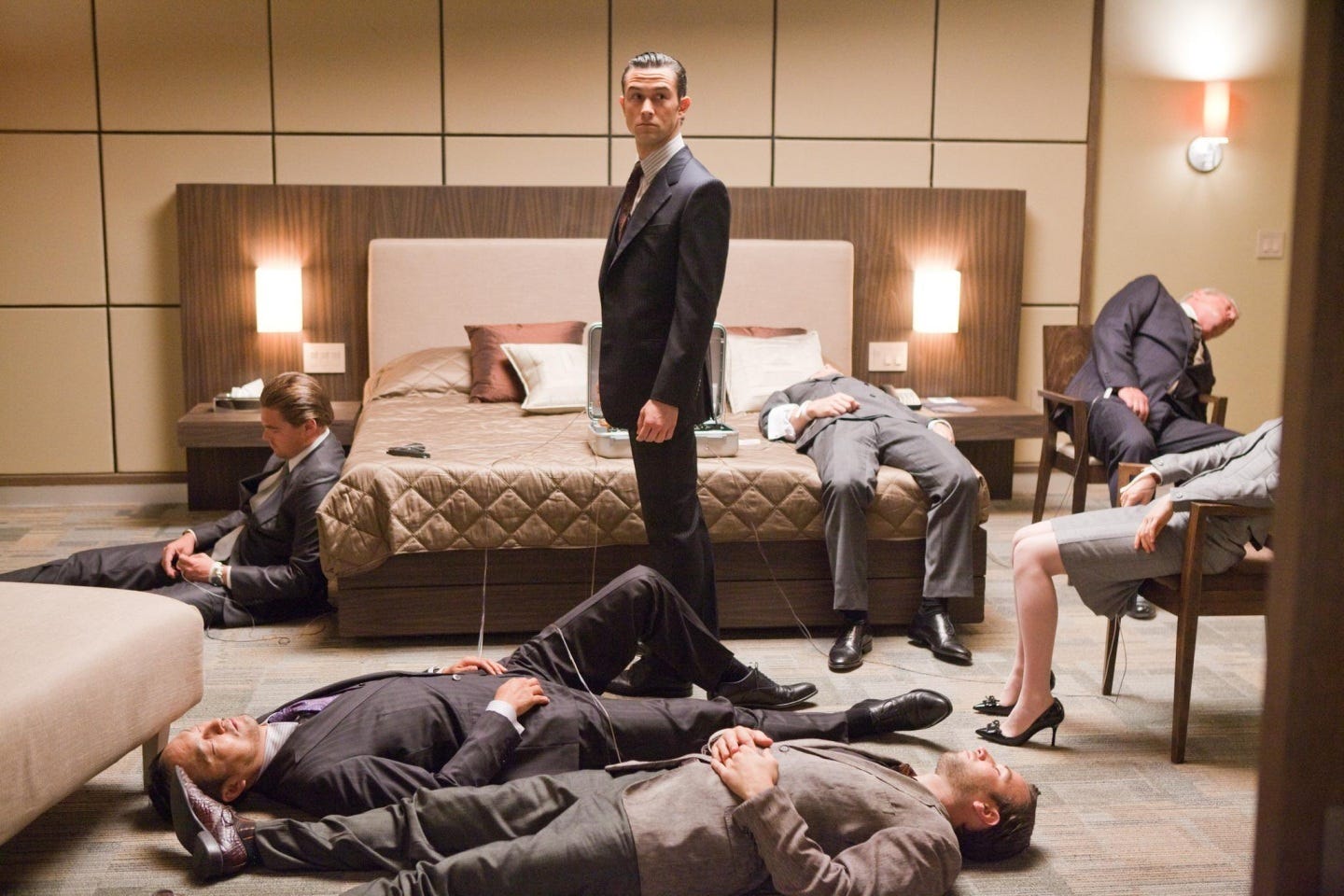 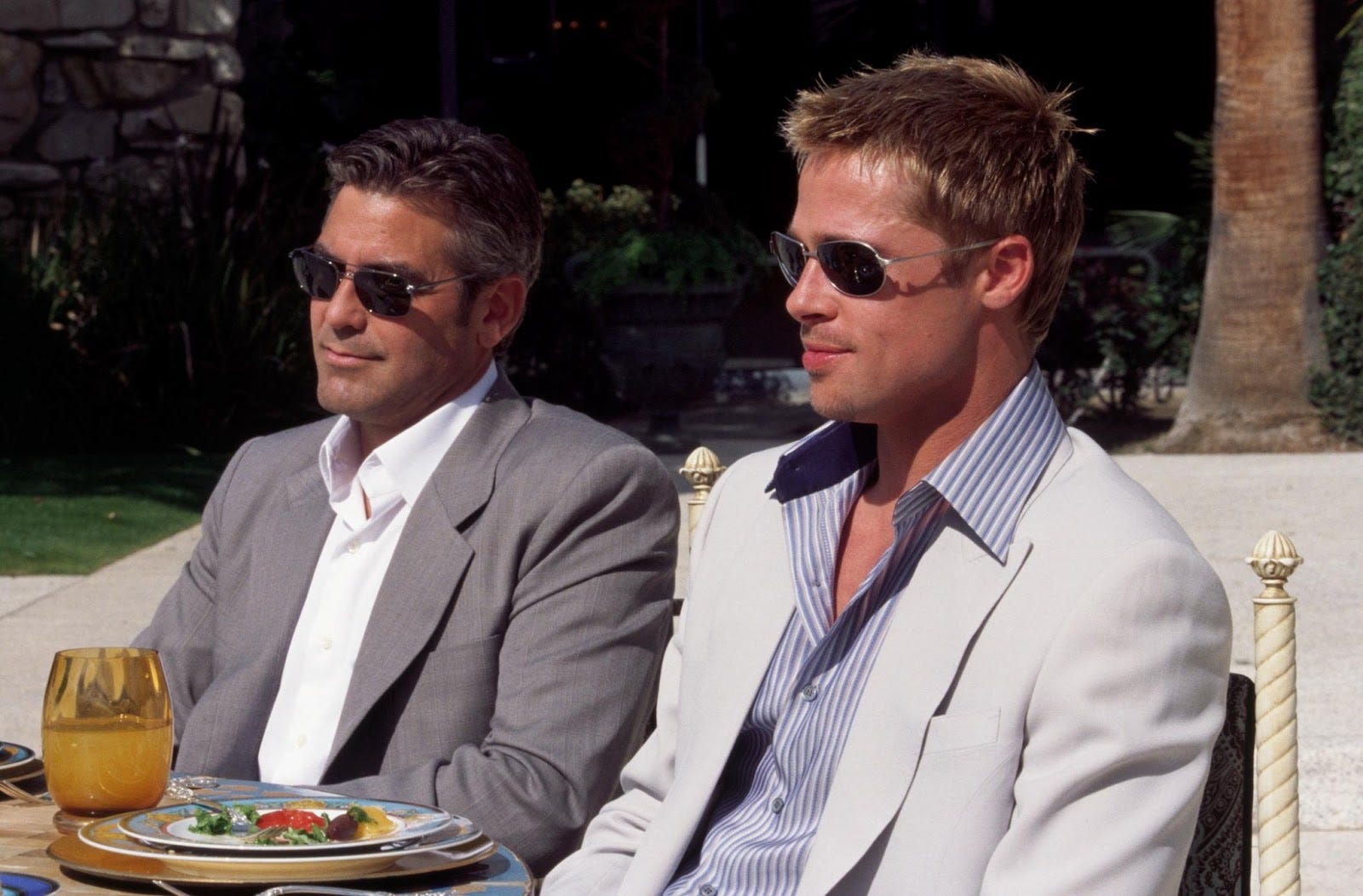 Soderbergh is here again in the heist world. Following a crack team tasked with hitting three of the major casinos in Vegas simultaneously leads to a great finale that’s capped by entertaining performances from George Clooney, Brad Pitt, and Matt Damon. 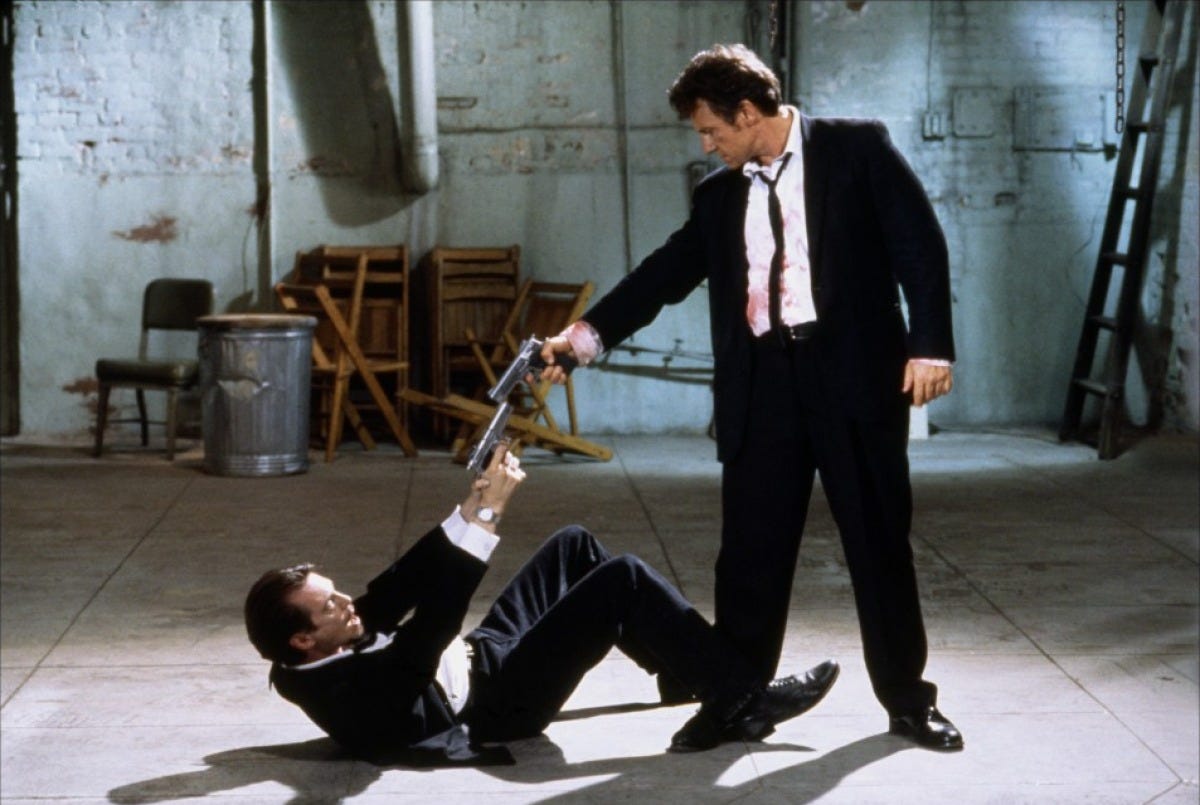 Quentin Tarantino’s heist film is memorable because it works tremendously even though we never see the heist happen. Because the scenes before and after the act are so strong, we are more involved in what the characters are about than where “the stones” are. 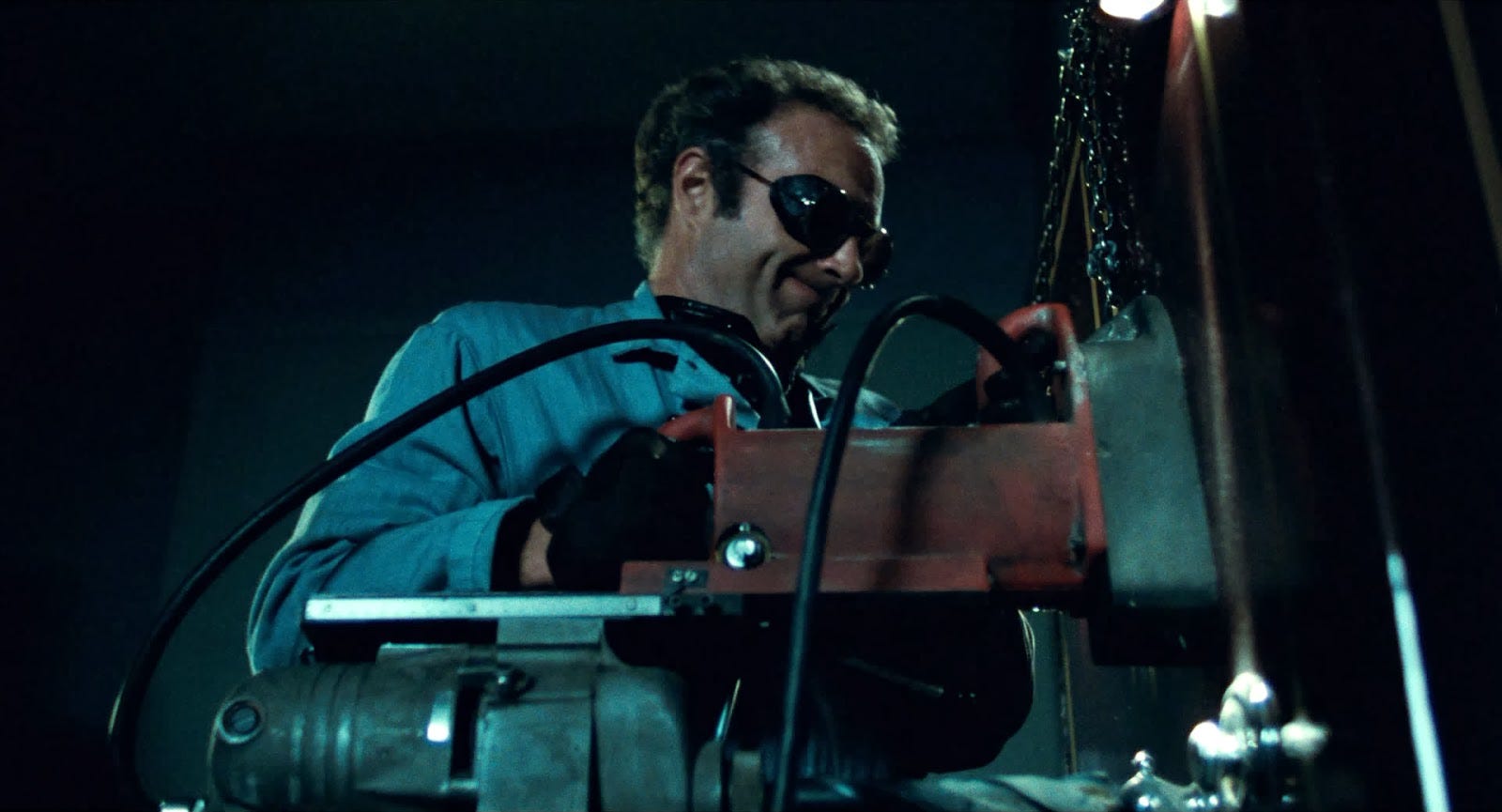 On the complete opposite spectrum is director Michael Mann’s look at a professional jewel thief, played by James Caan. It’s so rich in detail that you’d think Mann got the genre out of his system with this masterwork. Luckily for us, this would not be the only time Mann would delve into a heist story. 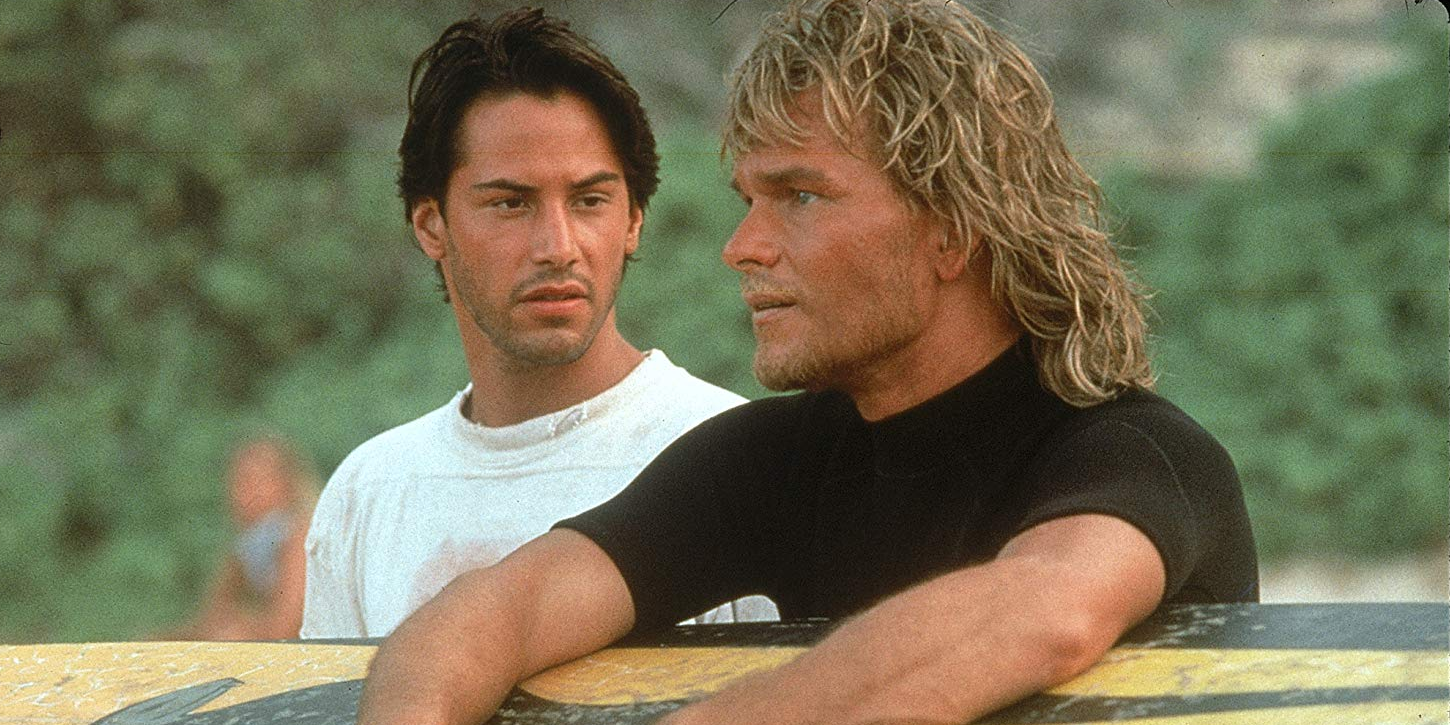 Kathryn Bigelow’s mixture of the sexiest male stars of the era (Keanu Reeves and Patrick Swayze) with incredible bank-robbing action sequences equals a classic movie in the heist genre. 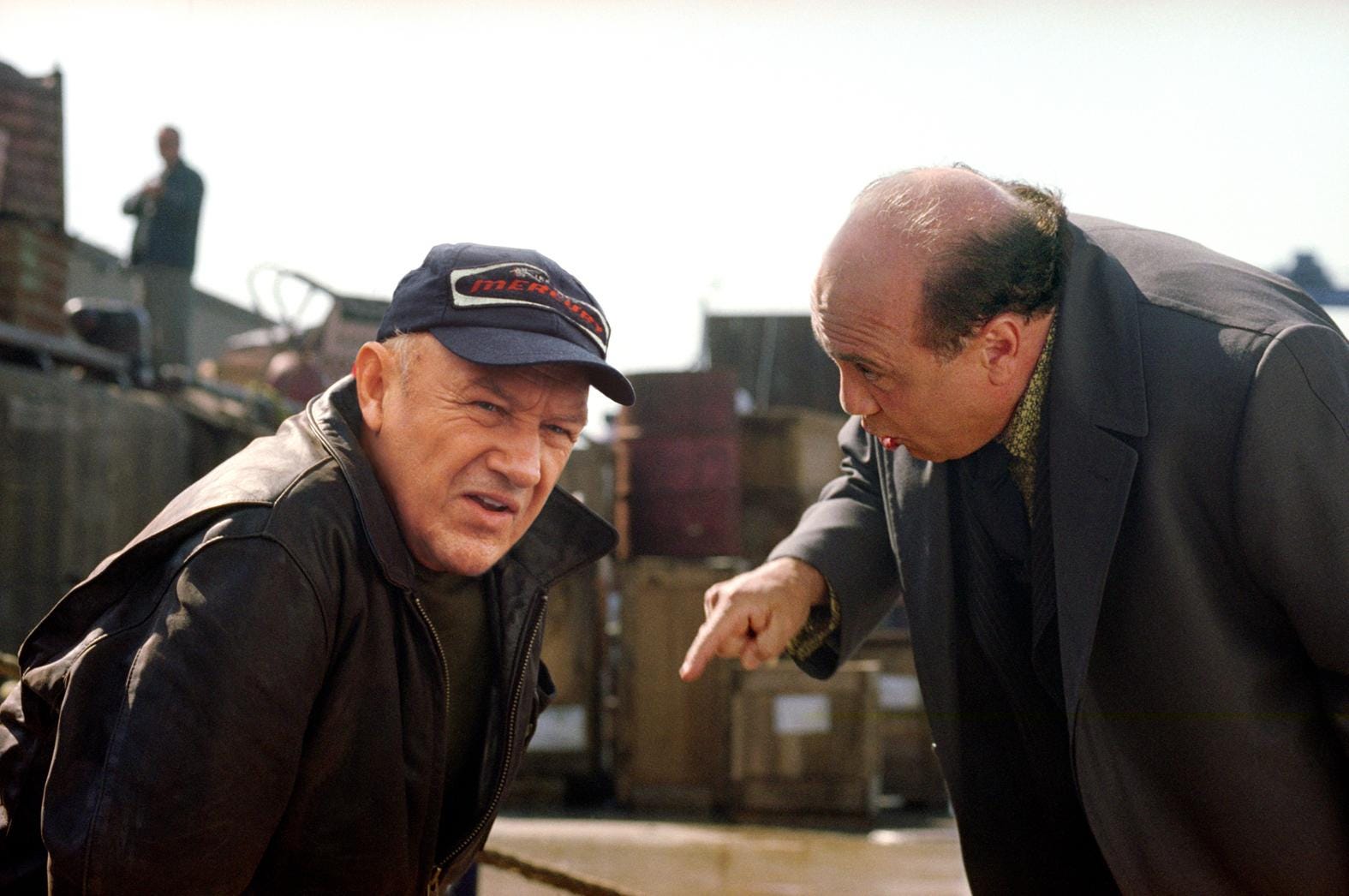 One of the smartest crime movies ever made, written and directed by David Mamet, this tale follows a career jewel thief doing one final score before hanging it up.

Starring Gene Hackman in one of his best roles, along with Danny DeVito, Delroy Lindo, and Sam Rockwell, the story’s double-crosses come fast and furious, and the ending is perfect. 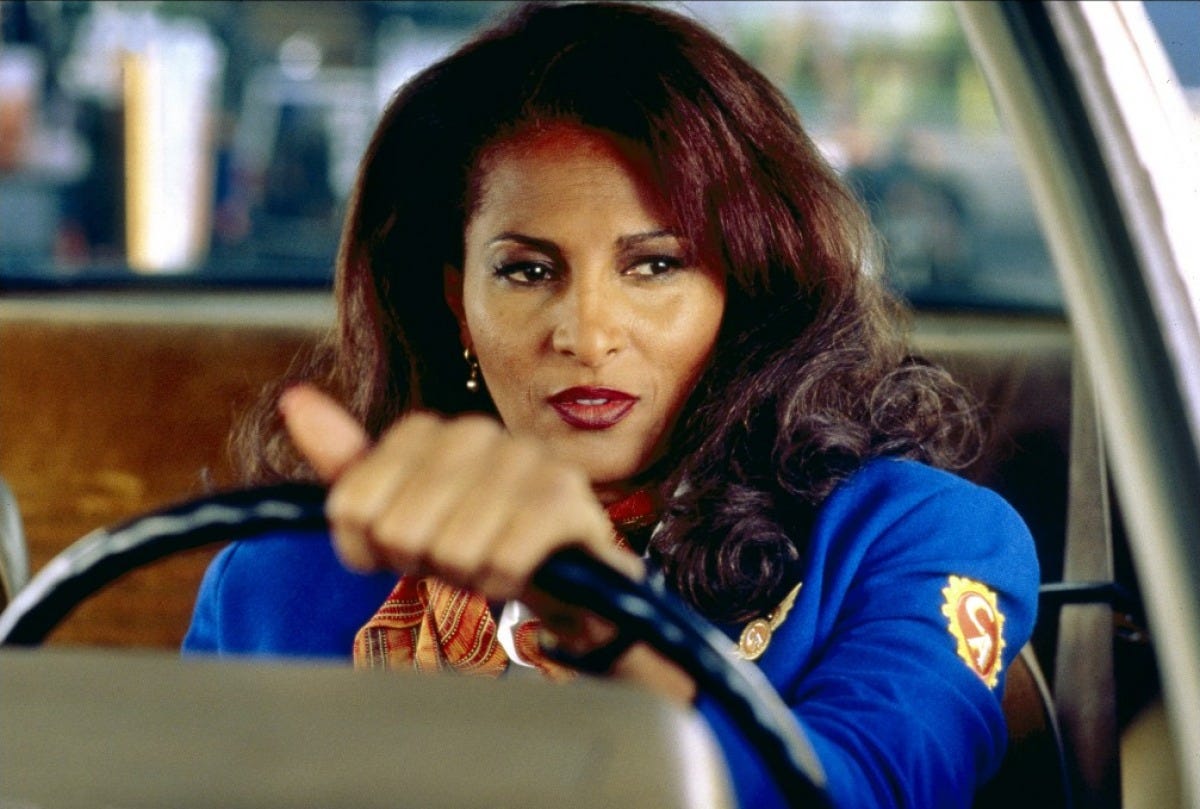 Tarantino takes on an Elmore Leonard novel in this 1997 film that has pretty much been underrated since the day it came out.

Along with the sensational performances by Pam Grier, Robert Forster, and Samuel L. Jackson, the way Tarantino plays out the details of how Grier’s character outdoes everyone is exceptional storytelling. 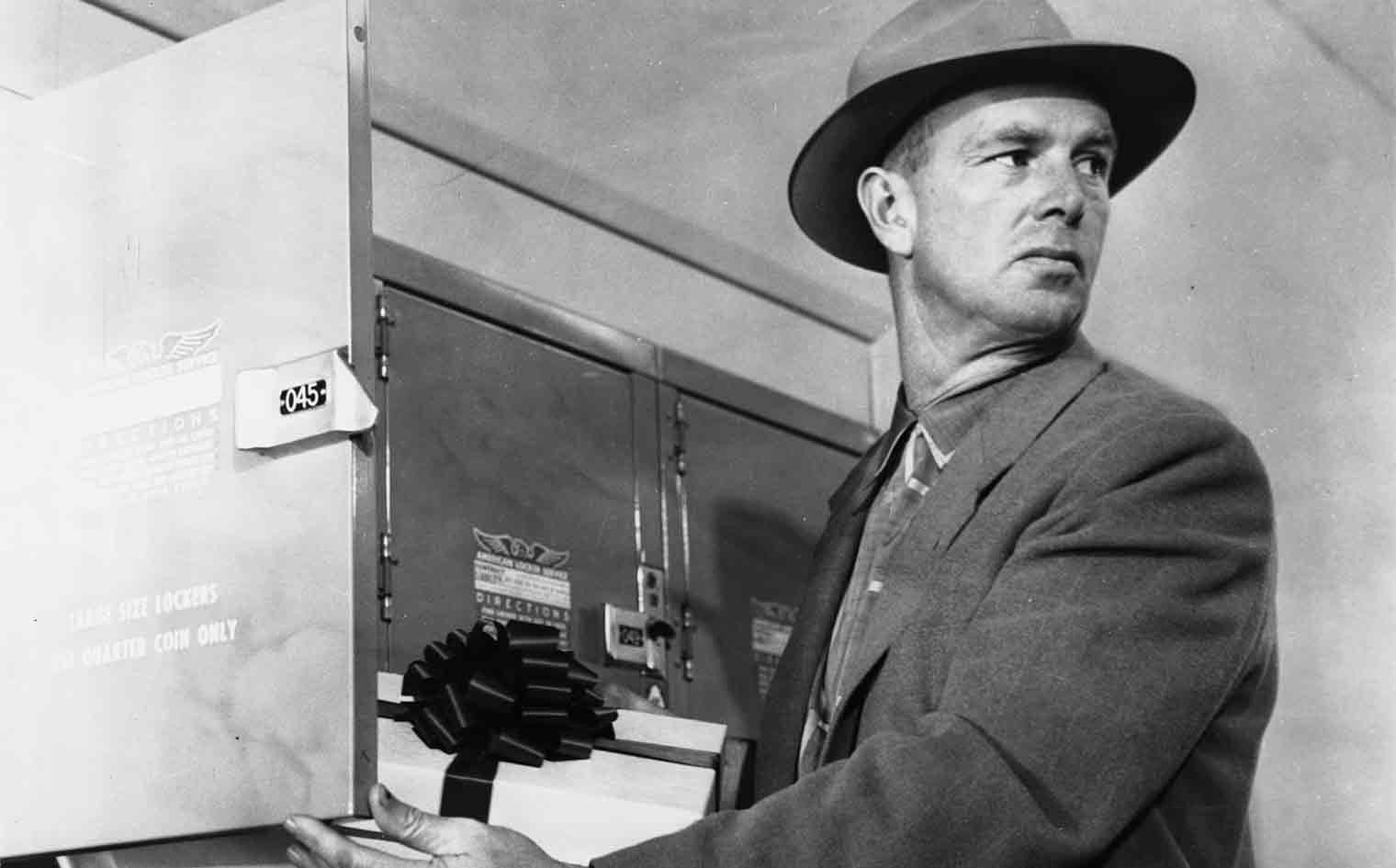 CriterionSterling Hayden in ‘The Killing.’

Stanley Kubrick’s noir caper came at a time when the legendary director was still figuring out his craft, but you can see glimpses of the greatness that was coming.

From the distinct camera angles to the execution of the specifics of the racetrack robbery, the movie is a tease of what the legend, who went on to direct “The Shining” and “2001,” was capable of. 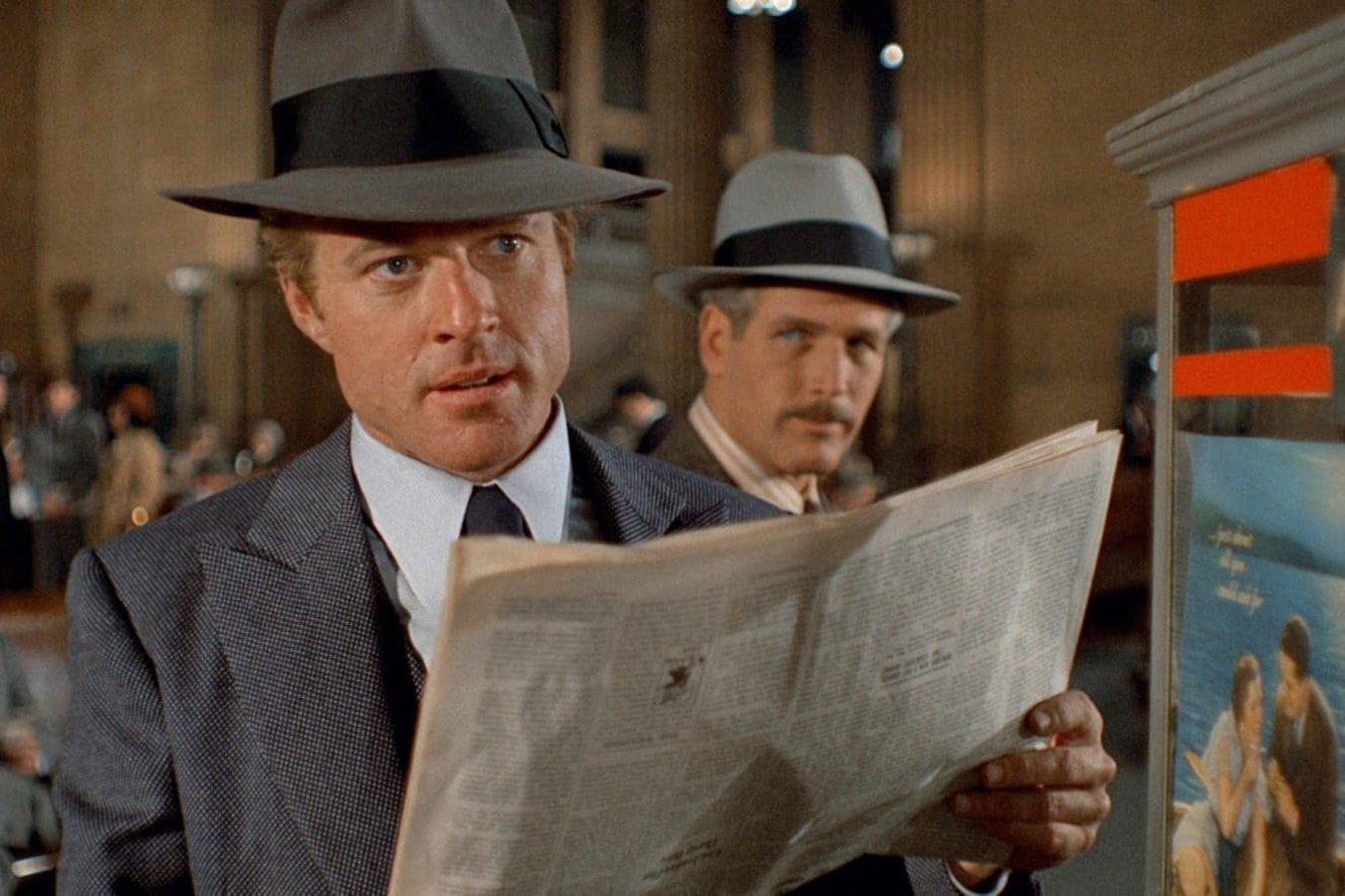 Universal(L-R) Robert Redford and Paul Newman in ‘The Sting.’

This classic set the standard for any American heist/con movie that would follow.

Robert Redford and Paul Newman star as grifters who set up the most elaborate con you’ll ever see to take down a mob boss. 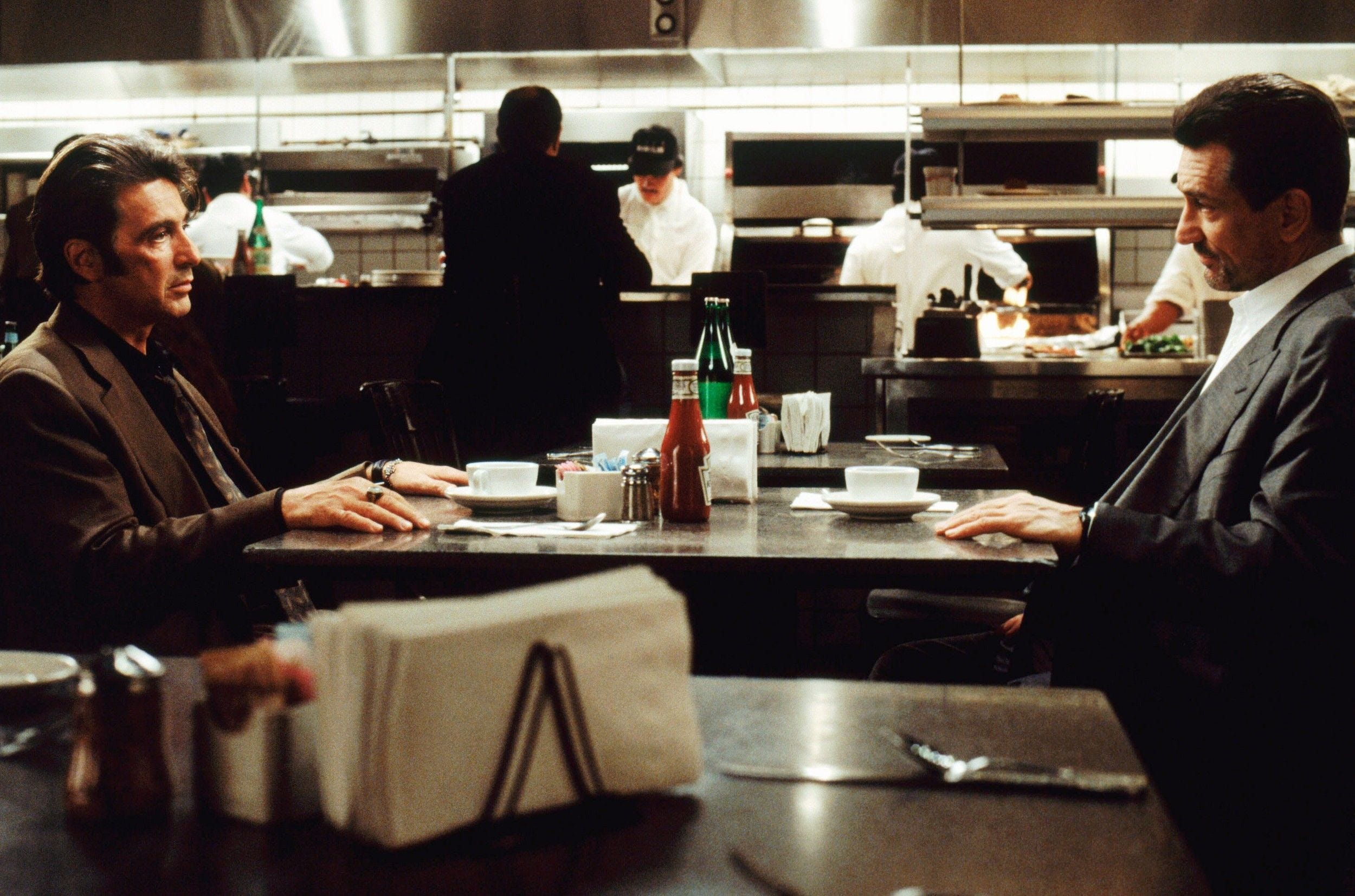 Told you Michael Mann would be back. “Heat” is arguably the greatest American heist movie ever made.

Expanding what we saw in “Thief” to explore the police perspective as well, “Heat,” the director’s masterpiece, creates an incredible pressure cooker that explodes when Robert De Niro and his gang rob a bank and Al Pacino and his team are hot on their tail. 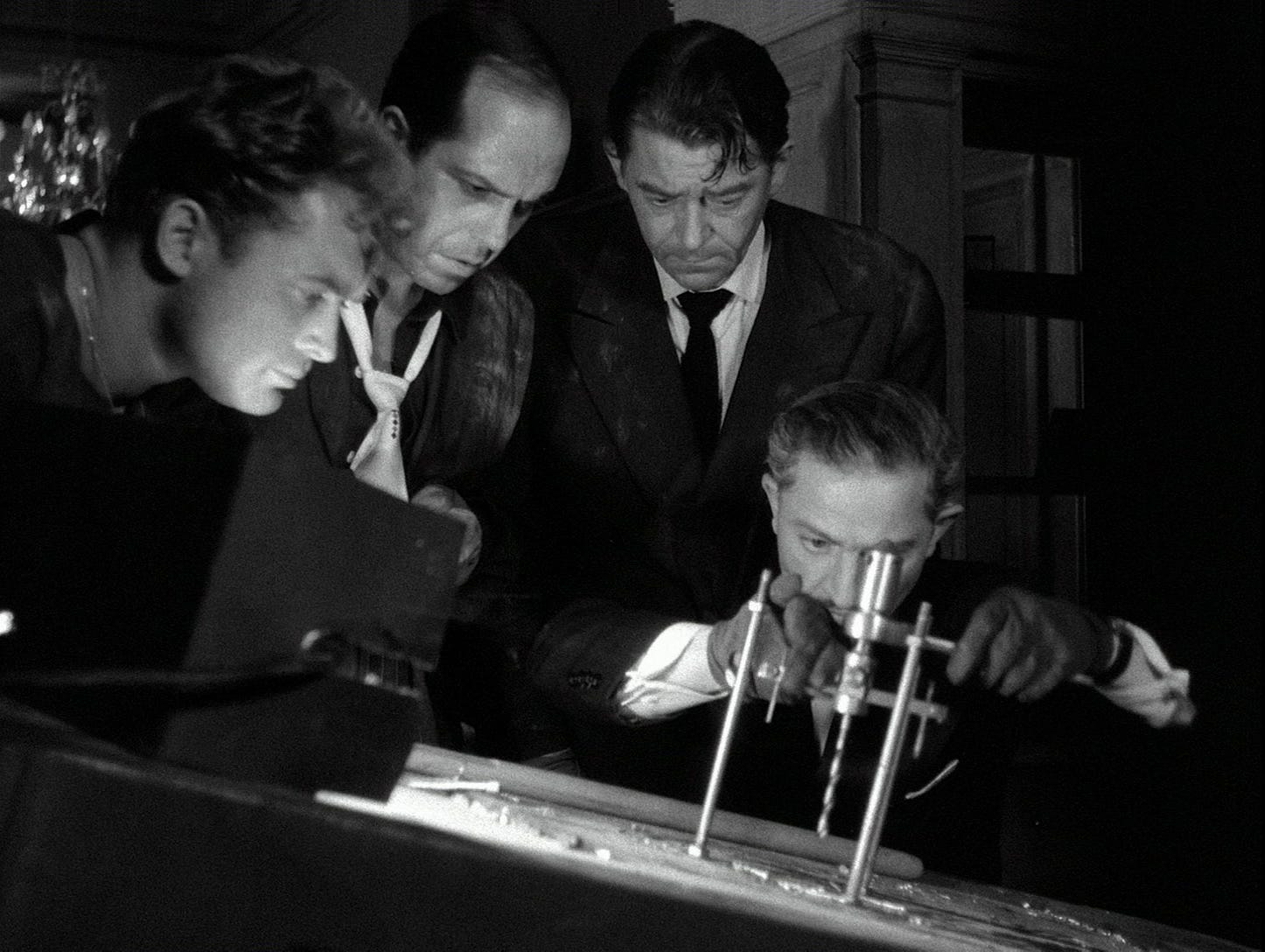 Over in France, they lay claim to “Rififi.” This classic 1955 noir follows a group of men who pull off the perfect crime, only to find that the human element gets in the way. All of the great Hollywood heist movies, from “Mission: Impossible” to “Heat,” have taken an element or two from this masterpiece.

The movie also stands alone in the genre for its boldness. There’s the heist scene that spans 30 minutes, in which not one word is uttered. And then (warning: spoiler!) there’s the bizarre conclusion, in which our (anti)hero races around Paris mortally wounded while the child he saved in the seat next to him joyfully fools around with his toy gun.