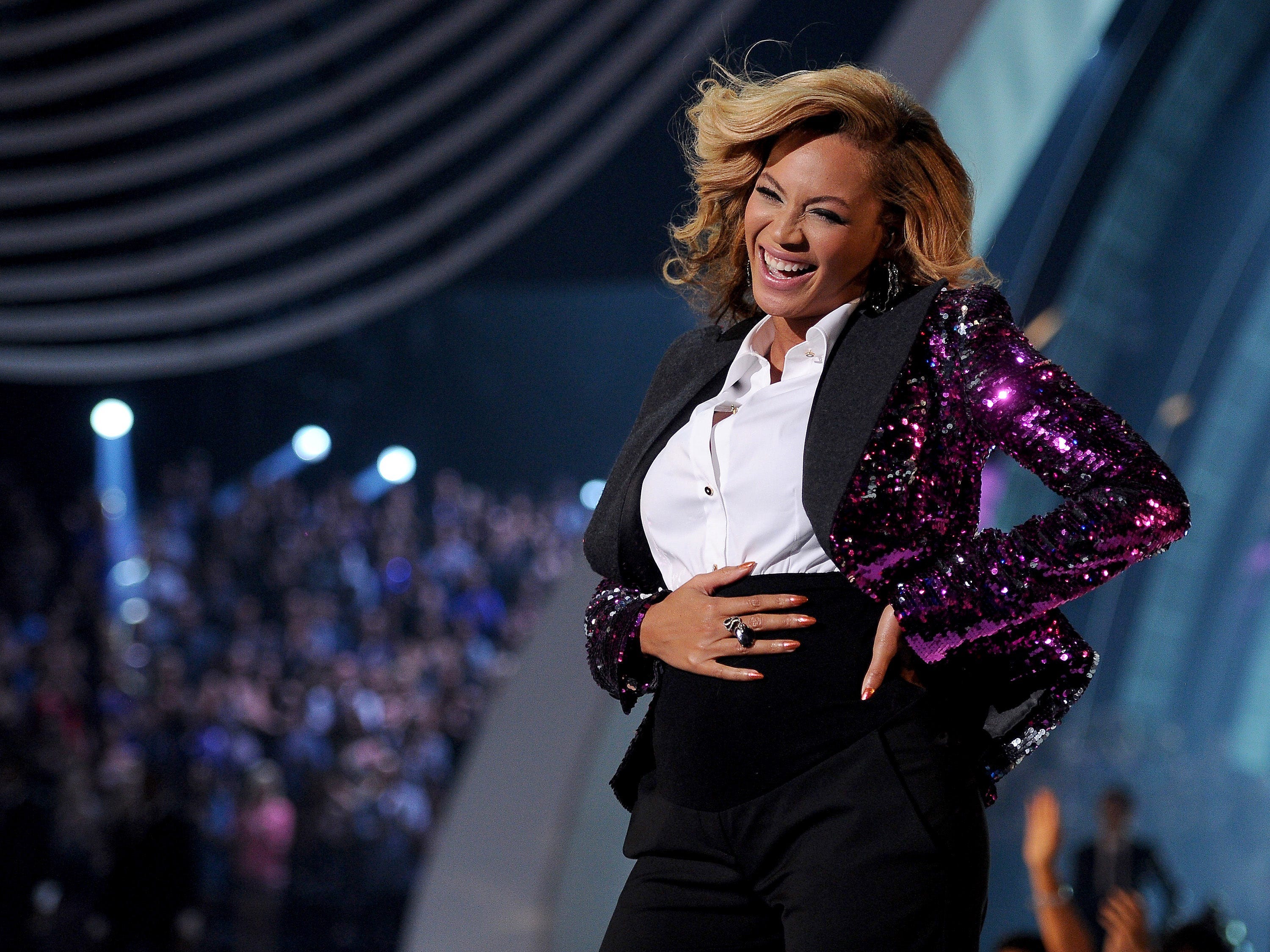 While most celebrities turn to social media to announce their pregnancies, others take a more elaborate or surprising approach.

Stars like BeyoncÃ©, Katy Perry, and Kyle Jenner decided to do something more creative than posting about their baby bumps on Instagram. Some of these celebrities made the big reveal in music videos, on stage, or even in a short film.

This is how some celebrities got creative with their pregnancy announcements. 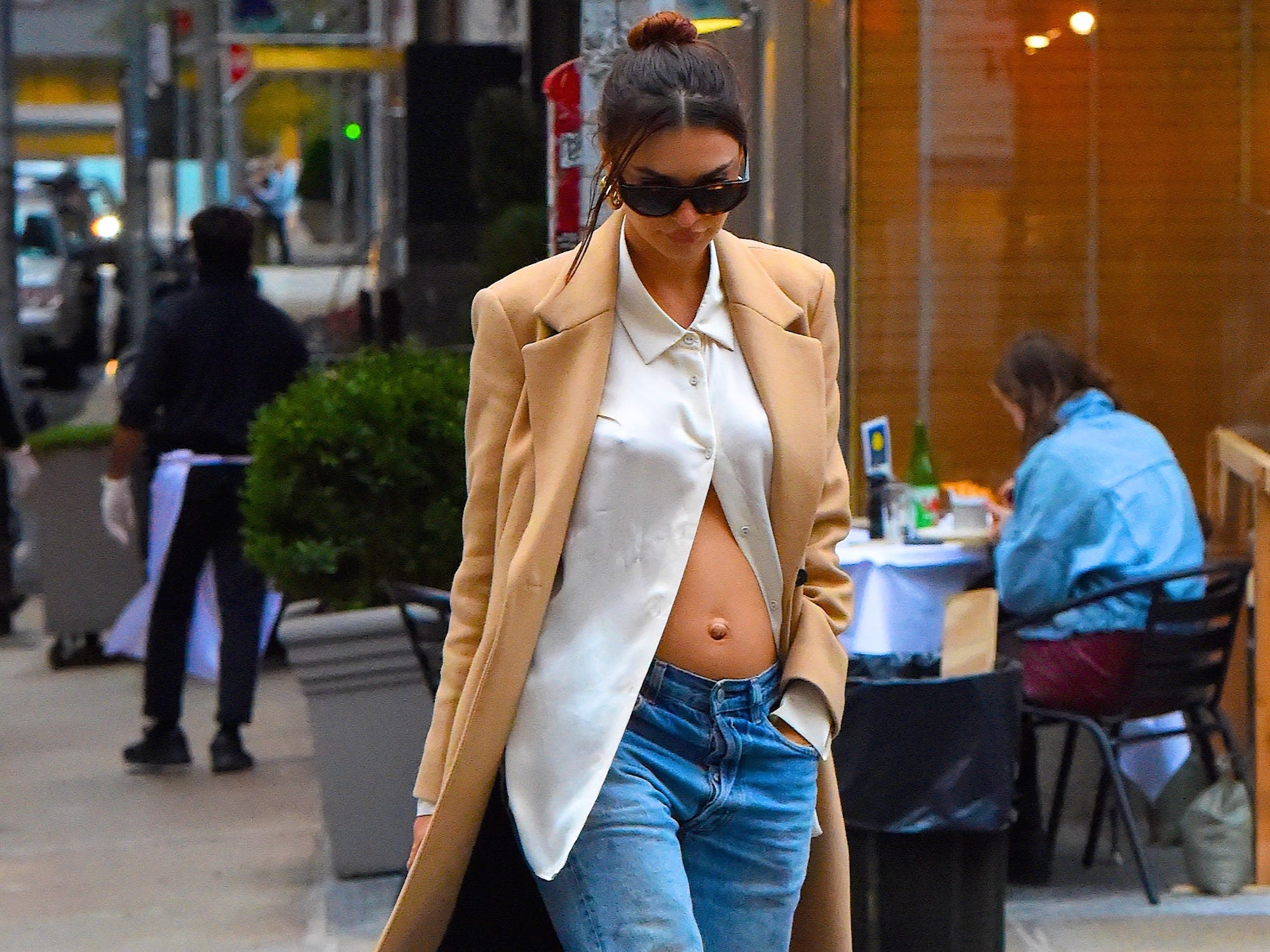 In October, Ratajkowski partnered with Vogue to release an essay and a short film titled “Who Will You Be?” to announce her pregnancy. The film is directed by Lena Dunham and is narrated by Ratajkowski herself.

“One day soon, so very soon, your presence will be real,” Ratajkowski said in the film. “I cannot wait to see who you will be.”

The video also splices together intimate moments of Ratajkowski in the early days of her pregnancy.

“I wanted to see Emily doing mundane things and focus more on her daily life than on her belly, and more on her inner monologue than on the way the world reacts to a newly pregnant mum,”Dunham told Vogue.

Comedian Jenny Slate showed off her baby bump for the first time on “Late Night with Seth Meyers” by joking she ate too much bread while in quarantine. NBCJenny Slate announcing she is pregnant.

During an appearance on “Late Night with Seth Meyers” in December, Meyers asked the comedian how her last nine months have been during the pandemic.

“I kind of hunkered down and I baked a lot of bread,” Slate said in the interview. “I think I might have baked too much bread, or eaten too much bread – you tell me.”

Slate proceeded to stand up and show off her baby bump.

“How have the exact last nine months been?” Slate joked. “They have been very pregnant for me.”

She and her fiance, Ben Shattuck, are expecting their first child together.

Katy Perry announced her pregnancy in her music video for “Never Worn White.” 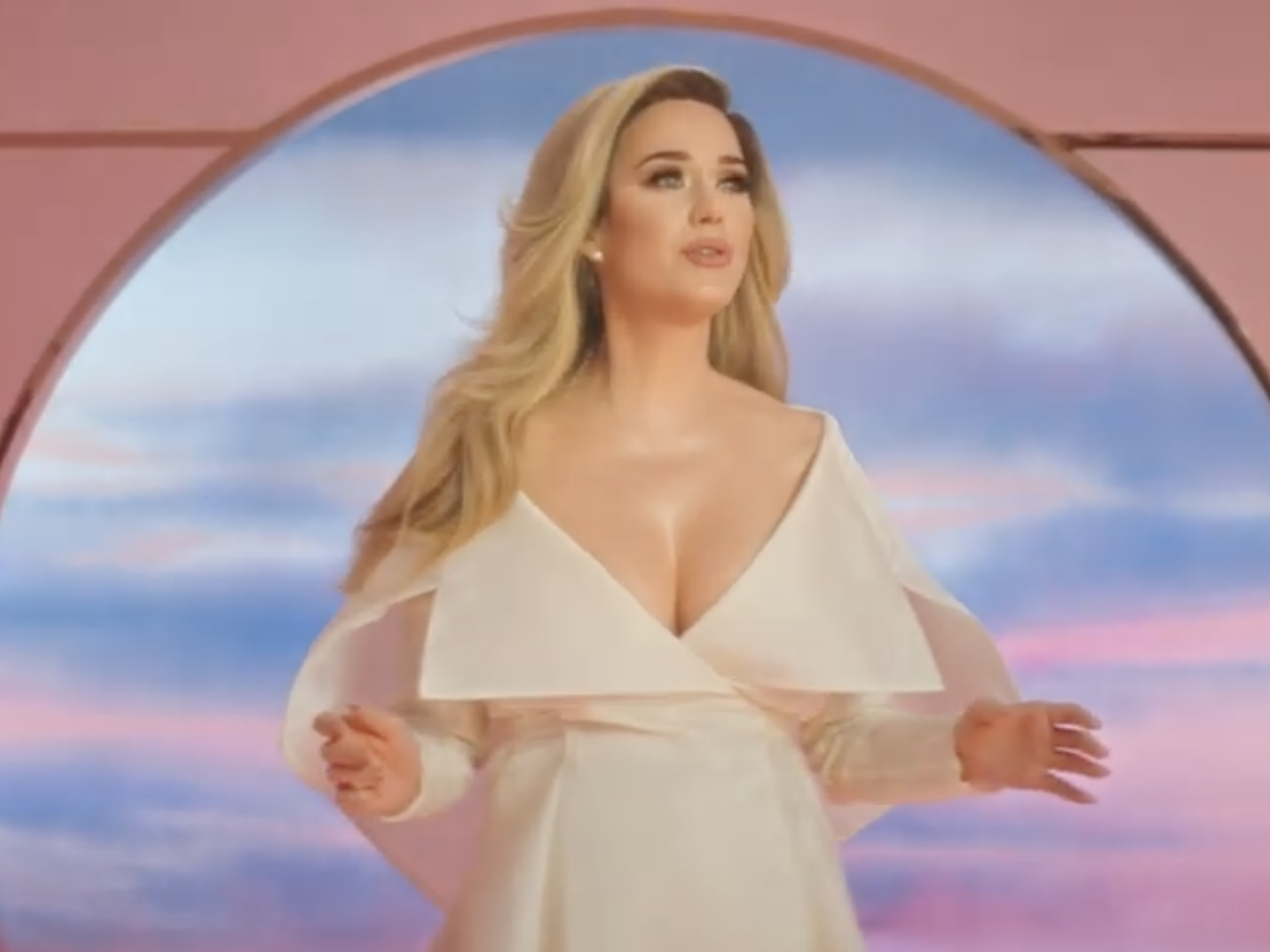 In March 2020, Katy Perry dropped her whimsical music video for “Never Worn White.” In the video, you can see the musician cradling her bump, announcing her pregnancy with Orlando Bloom’s baby. After dropping the video, Perry confirmed the news in an Instagram Live video.

“I am excited. We’re excited and happy and it’s probably the longest secret I’ve ever had to keep,” she said in the video, according to E! News. “And I like to tell you guys everything but I knew I would tell you in the best way, which is through a piece of music because that’s … I guess that’s how I speak to you. That’s how we speak together to each other.”

Perry gave birth to her daughter, Daisy, in August.

After months of speculation, Kylie Jenner officially announced her pregnancy in a short film titled “To Our Daughter.” 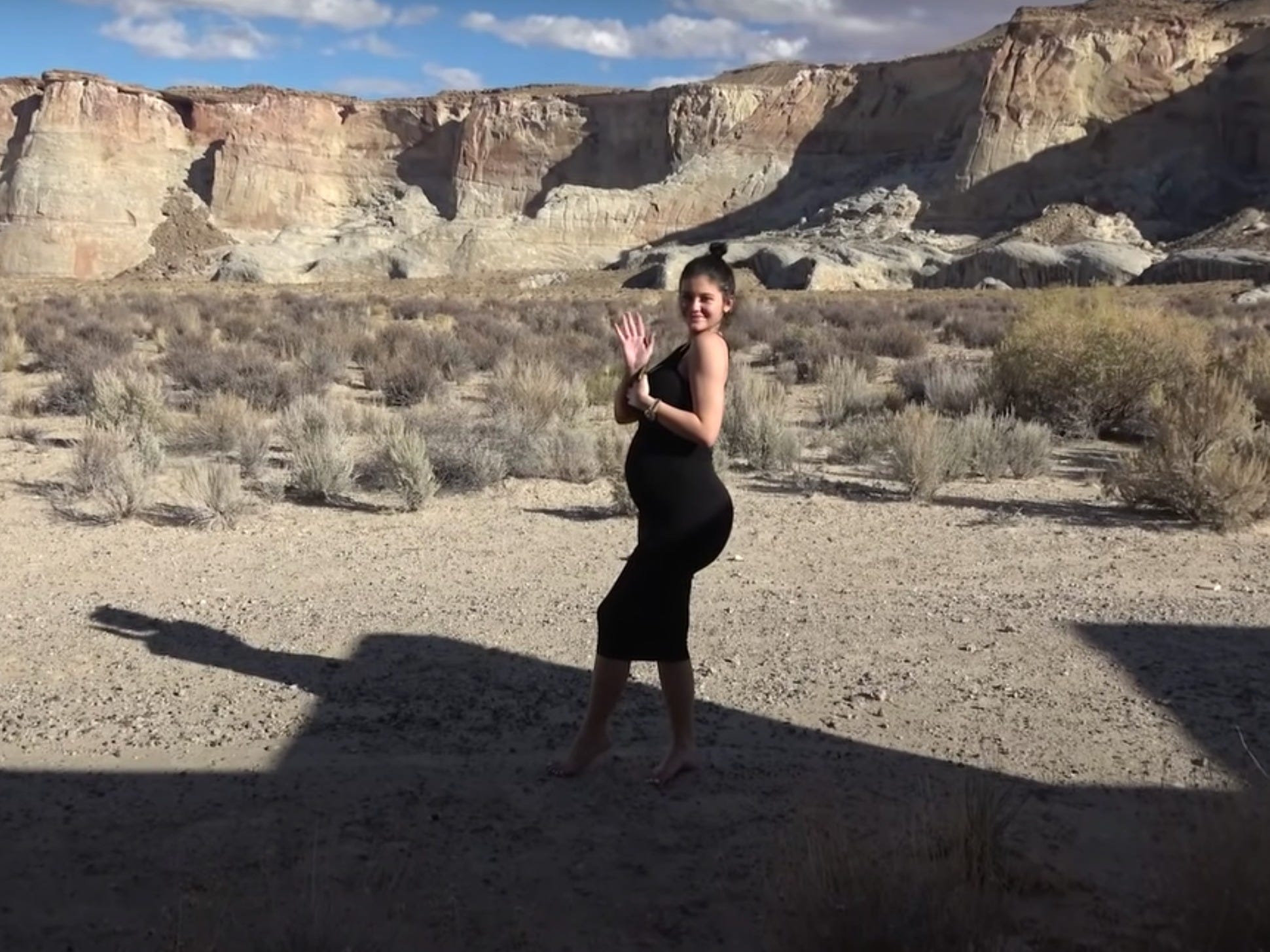 Kylie Jenner dropped a nearly 12-minute video back in February 2018 after stepping out of the spotlight to hide her pregnancy from the world. The video titled “To Our Daughter” contains shots of the mogul celebrating and preparing for her pregnancy, picking out baby clothes, and finally giving birth to her daughter, Stormi, on February 1, 2018.

The video has now been viewed over 92 million times.

Cardi B surprised the world with a baby bump during her “Saturday Night Live” performance. 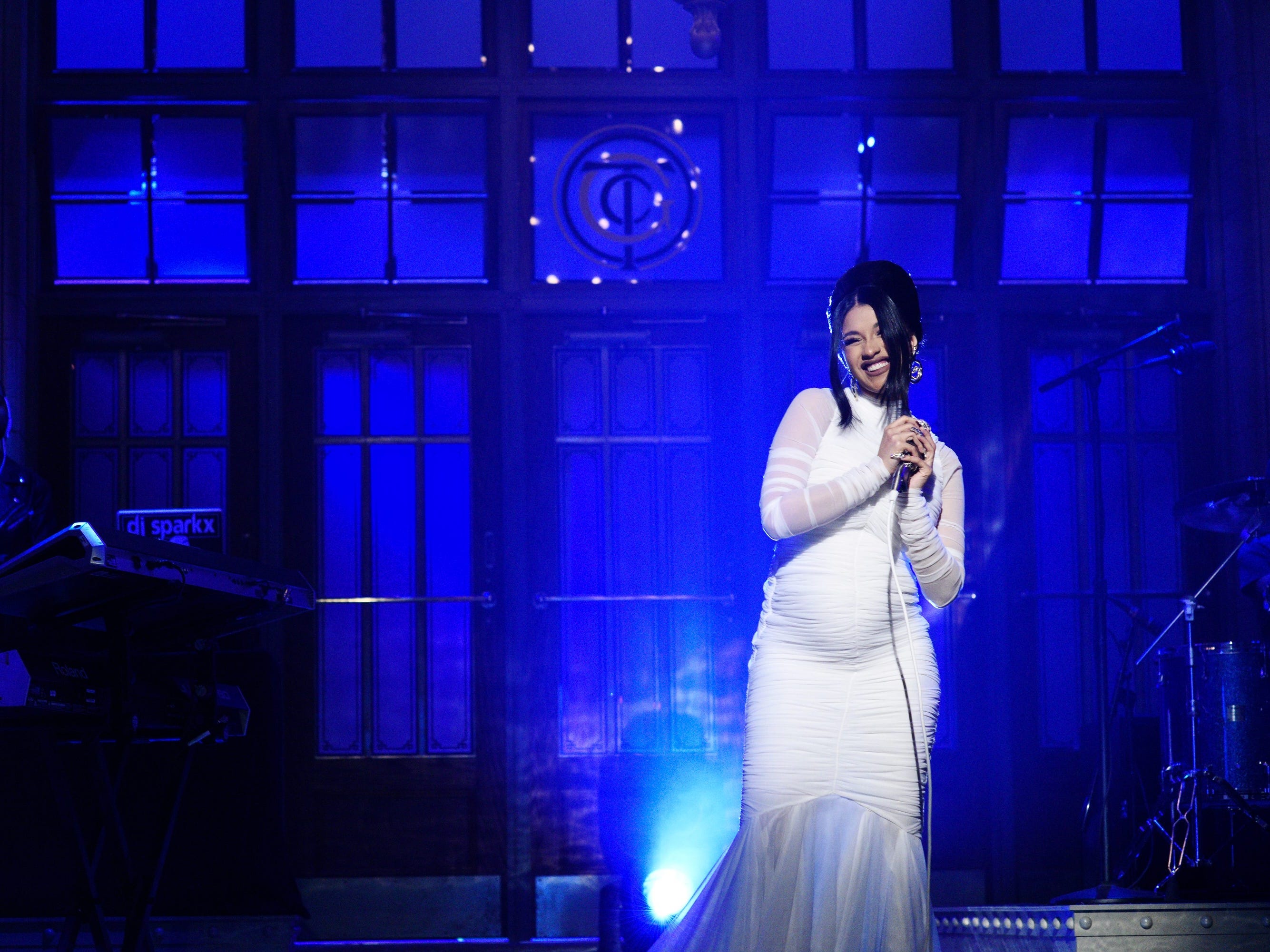 In 2018, Cardi B was the musical guest on “Saturday Night Live.” During her second performance, the camera held tight on the singer’s upper body as she sing “Be Careful.” Slowly, the camera pulled out, revealing Cardi B’s baby bump.

Cardi B gave birth to her daughter, Kulture, on July 10, 2018. Fellow rapper Offset is her father.

Serena Williams accidentally announced she was pregnant on Snapchat. 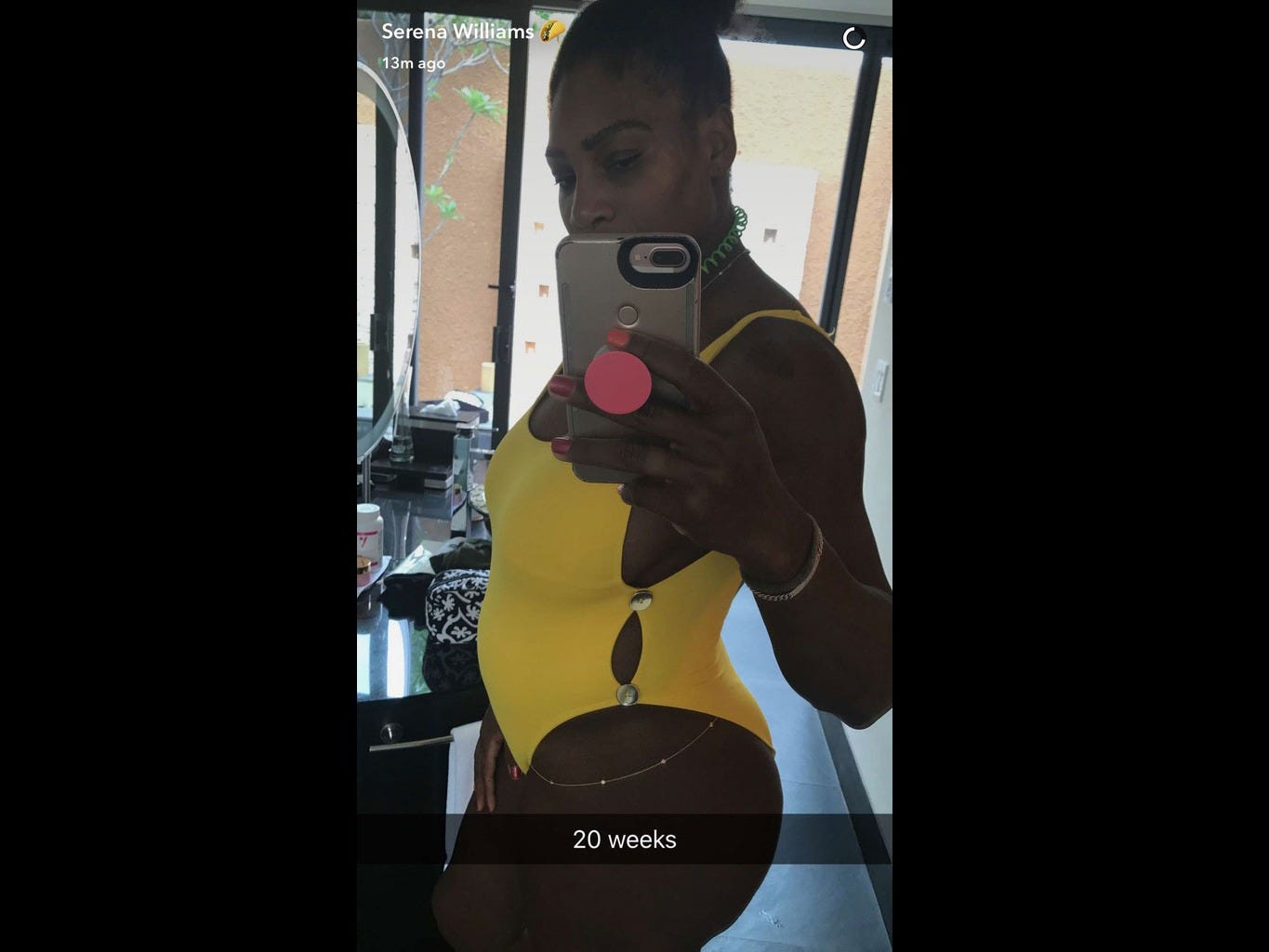 Back in 2017, Serena Williams was tracking her pregnancy by taking pictures of herself every week. On week 20, the tennis star accidentally posted the photo to her Snapchat story. Realising her mistake, she quickly took it down, but fans took it as an official pregnancy announcement.

“I’ve been just saving it, but you know how social media is – you press the wrong button and …My phone doesn’t ring that much, and 30 minutes later, I’d missed four calls. So I picked it up and realised, ‘Oh no,'” Williams told Gayle King.

Williams gave birth to her daughter, Alexis Olympia Ohanian, Jr., on September 1, 2017. She is her first child with husband, Reddit co-founder Alexis Ohanian. 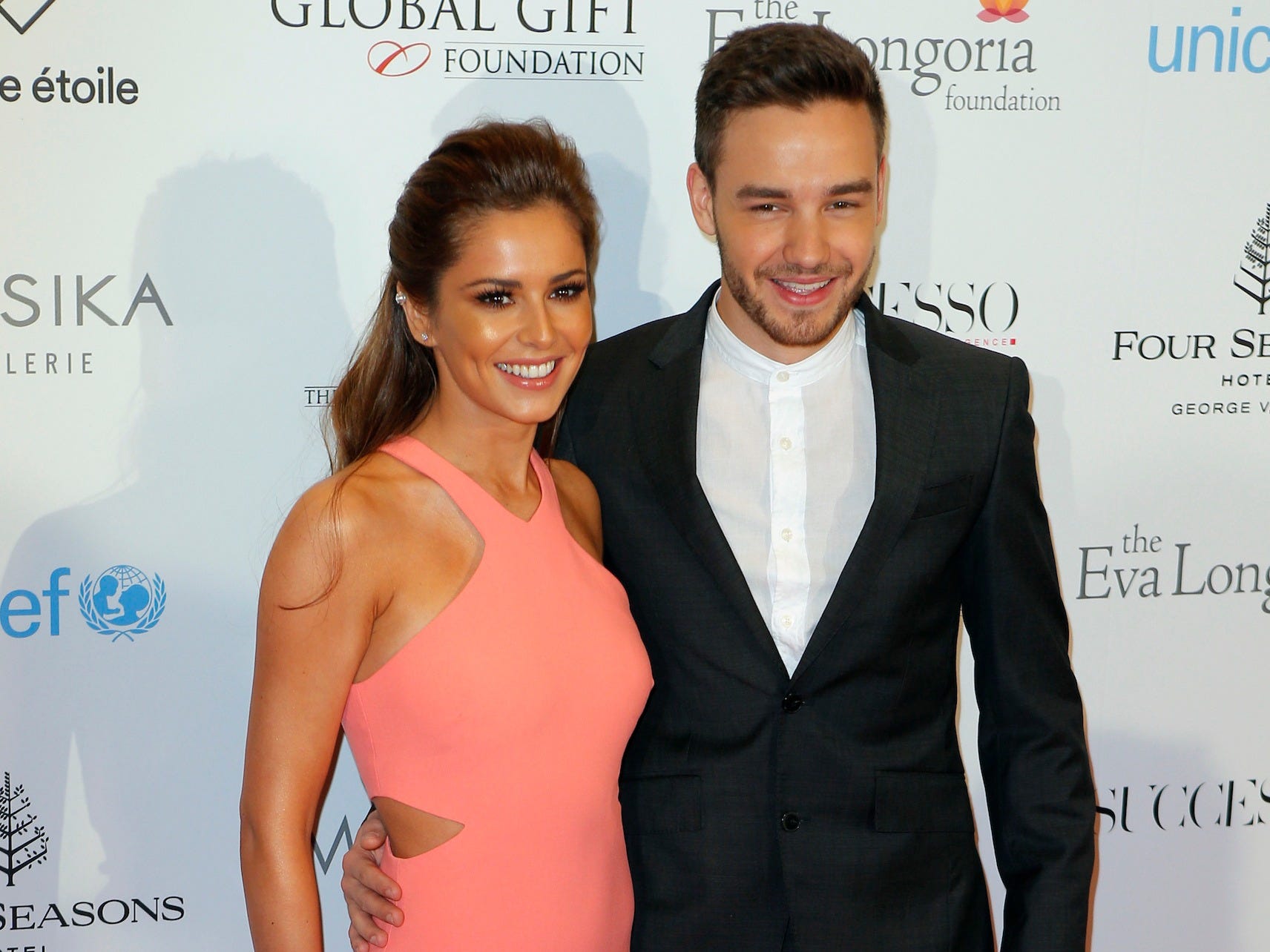 After months of speculation, singer Cheryl Cole quietly confirmed her pregnancy with Liam Payne in 2017 by cradling her baby bump in a campaign photo shoot for L’Oreal and The Prince’s Trust. In the pictures, Cole stands with her baby bump next to notables like Helen Mirren.

Ellie Kemper of “Unbreakable Kimmy Schmidt” made the big announcement on “The Tonight Show.” 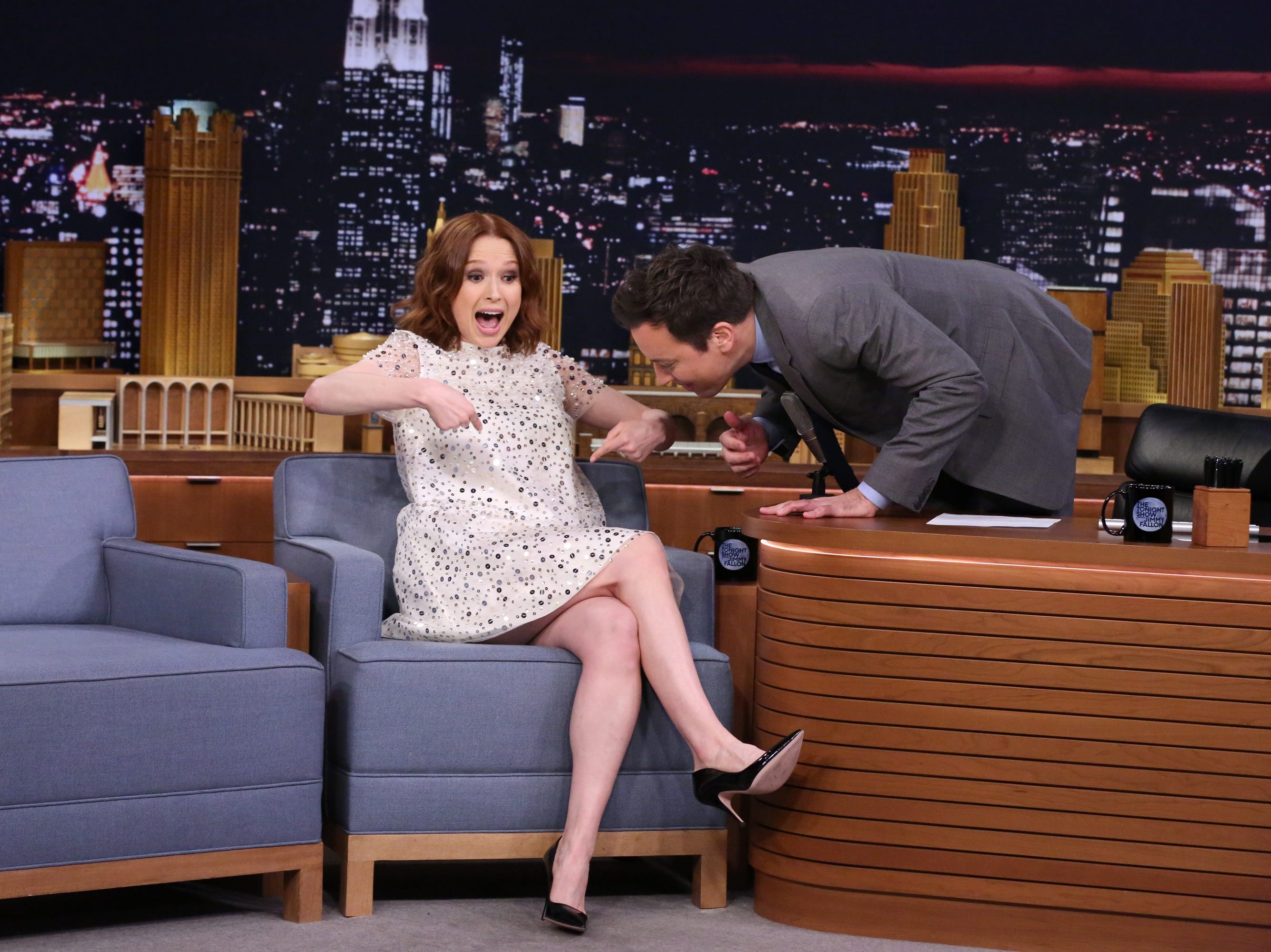 Back in 2016, Ellie Kemper told Jimmy Fallon on his late-night show that she was pregnant, announcing the news to the world for the first time. During her interview segment, Kemper said that one of the first people she told was Tina Fey.

“We had a table read and I saw that my character had to be on a roller coaster. … I felt like a pregnant lady on a roller coaster was not ideal so I did tell have to tell my boss, Tiny Fey, maybe you have heard of her,” she said, jokingly. “I told her before I told my mum.”

Kemper gave birth to a son, James Miller, in July 2016. He was her first child with husband Michael Koman. Their second child, Matthew, was born in 2019.

During her performance at MTV’s Video Music Awards, Beyoncé revealed that she was pregnant. 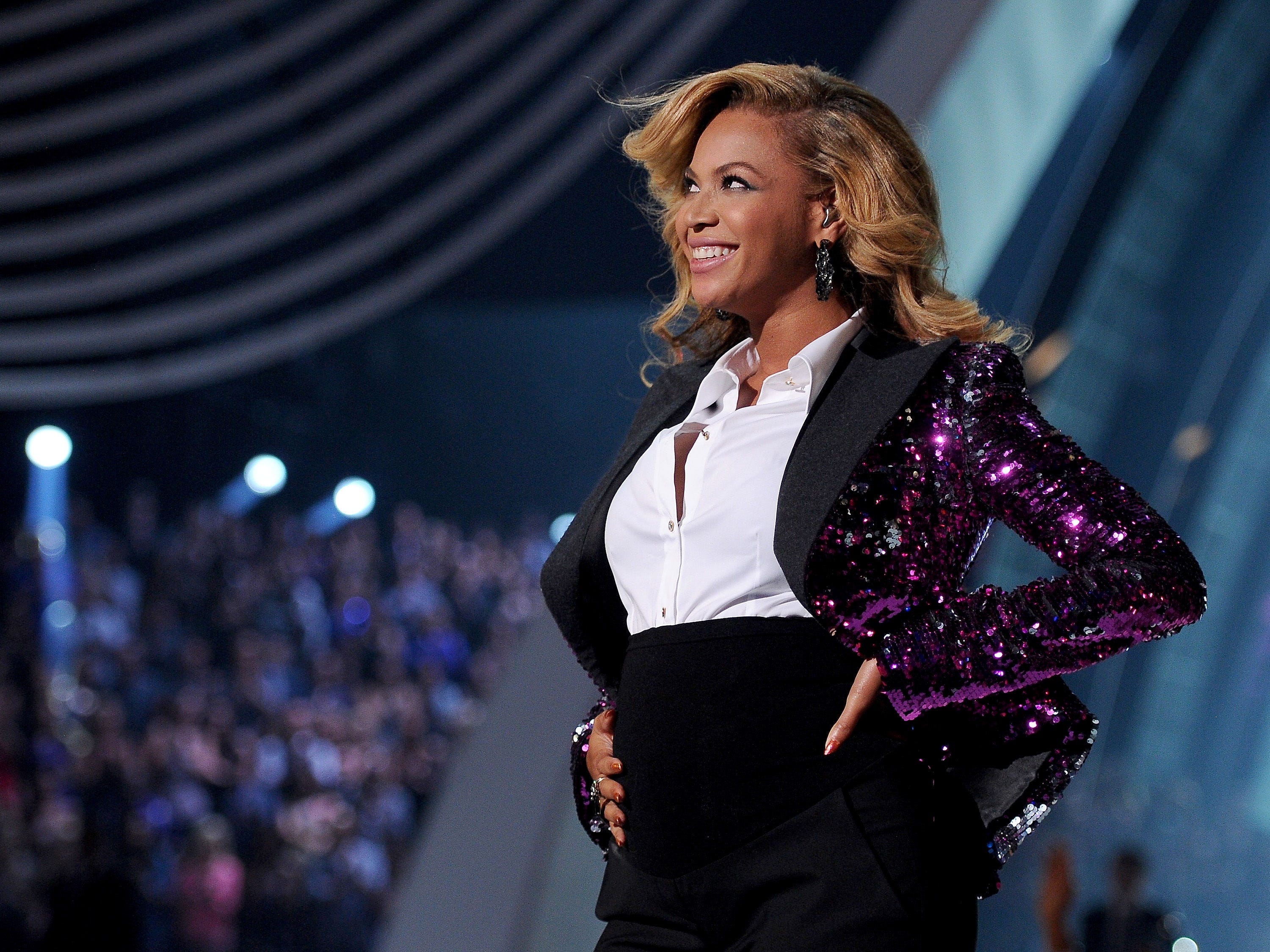 In 2011, Beyoncé opened her performance of “Love on Top” at the MTV’s Video Music Awards by saying, “I want you to feel the love that is growing inside of me.” By the end of the performance, the audience learned exactly what she meant.

After her song, Beyoncé dropped the mic, unbuttoned her sparkled jacket, and revealed her baby bump for the first time. The camera then cut to her husband, Jay Z, and Kanye West celebrating in the audience.