15 bourbons that should be on your radar, according to 3 bourbon experts 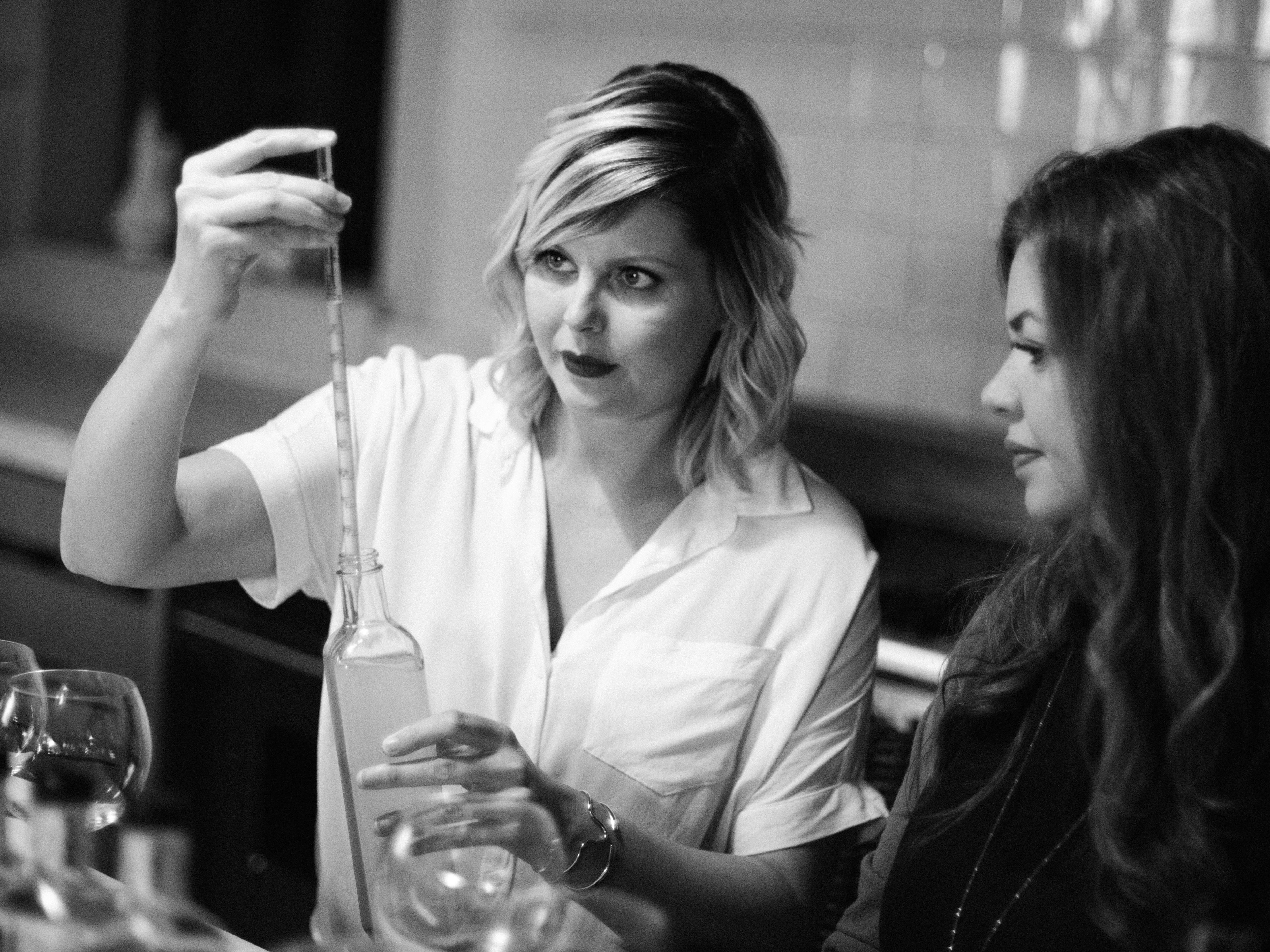 Many people know the phrase, “All bourbons are whiskey, but not all whiskeys are bourbon.” But what does that mean, exactly?

There are few requirements for a liquor to be called bourbon. It has to be made in the US (not necessarily Kentucky, although that’s where the drink originated), with a grain mash that contains 51% or more corn, and aged in an American white-oak cask that’s been “charred,” as in the inside of the barrel has been torched, leaving a dark layer of charred wood. The cask can be charred to various degrees of intensity: the more char, the better the whiskey will be able to penetrate the wood and develop a darker colour. Also, to be called “straight” bourbon, it must be aged a minimum of three years.

Bourbon is a sweeter whiskey by design, because corn is a sweet grain (think of it like cornbread vs. rye bread). The general flavour profiles will include notes of vanilla, candy corn, caramel, toasted marshmallows, butterscotch, and cinnamon, and the older bourbons will have darker notes of plums, dates, and even leather.

And although alcohol is on demand with the rise of delivery services, the bourbon industry is not unscathed by the COVID-19 pandemic, said acclaimed bourbon expert Fred Minnick. Tourism is a key factor in distillers’ revenue, and with individuals enforcing self-quarantine and social distancing, that has been rendered impossible. “Many of these distilleries are small, family-owned businesses, and a lot of them rely a big chunk on live events,” he said.

Live tastings are also on hold, unless you do them online. Minnick has offered live tastings on his YouTube channel for years, making the transition easier, but for bartenders, distillers, and tasters accustomed to helping clients in person, times are tough. As such, Minnick hosted live-tasting fundraiser on Friday for bartenders out of work amid the coronavirus pandemic.

Still, with the ability to order bourbon unhindered, Business Insider spoke to three bourbon experts about their favourite bourbons on the market right now.

Minnick is the author of seven libation-based books. A frequent judge of the best bourbons in the United States at the San Francisco World Spirits Competition, he’s moved into producing his own podcast, which pairs musicians to whiskies, in addition to curating for the prestigious Bourbon and Beyond festival.

At 32, Marianne Eaves is Kentucky’s first female bourbon Master Distiller, the title used for experts in alcohol creation, since Prohibition. Having started at the distinguished Brown-Forman distillery, she is venturing into her own business as a spirits consultant on the road with her family after spending four years reviving another famed bourbon brewer, Castle & Key. In 2014, she was on Forbes 30 under 30 for her role as a Master Taster at Brown-Forman. Tommy Tardie is a whiskey expert and owner of two fine-dining locations in New York City, Fine & Rare and the Flatiron Room, which offer about 1,400 unique bourbon expressions (different versions) and live music every night.

In no particular order, these are their top 15 picks. 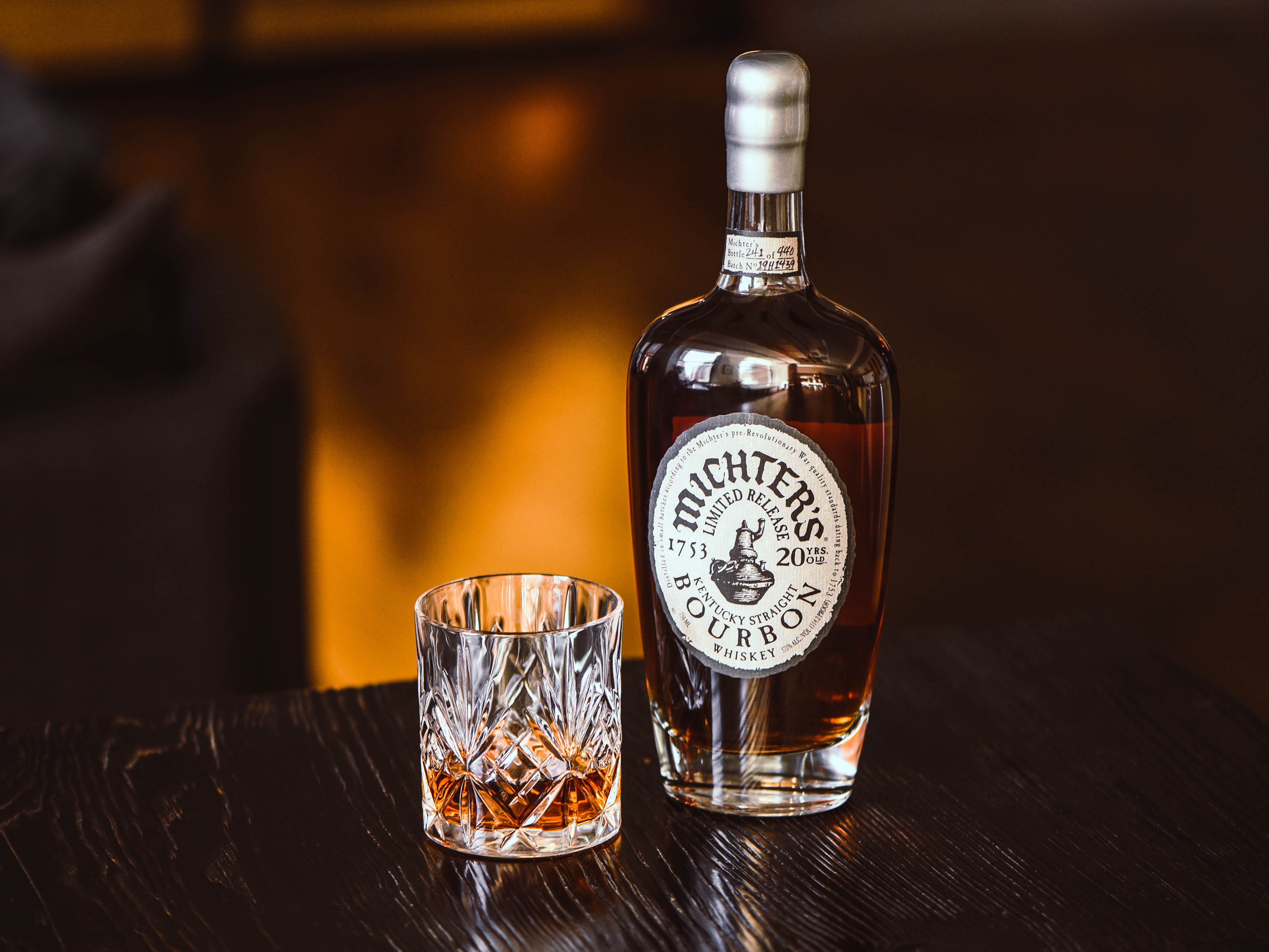 Tardie described Michter’s 20 as a “beast of a bourbon.” Given it’s ageing process of two decades, it has notes of dark cherry, dark chocolate, polished wood, and molasses, and almost chewy texture reminiscent of dates and raisins.

“Not cheap, and not easy to get,” Tardie said, “but if you can afford it, then this is one you should try.” Four Roses is a popular distillery that consistently releases award-winning whiskeys. Tardie recommended this edition as it’s in their permanent line up and therefore easier to find, costing around $US25 a bottle at most retailers, and has a very full and rich taste. He described it as well-balanced, with notes of spearmint and vanilla and hints of winter spices like cinnamon, cloves, and nutmeg.

In that vein, Minnick prefers Four Roses’ Single Barrel, which is in the $US40 to $US60 price range.

“Like a really big Jolly Rancher, with a kind of cinnamon note to it,” he said. “This is for someone who really likes cinnamon.” 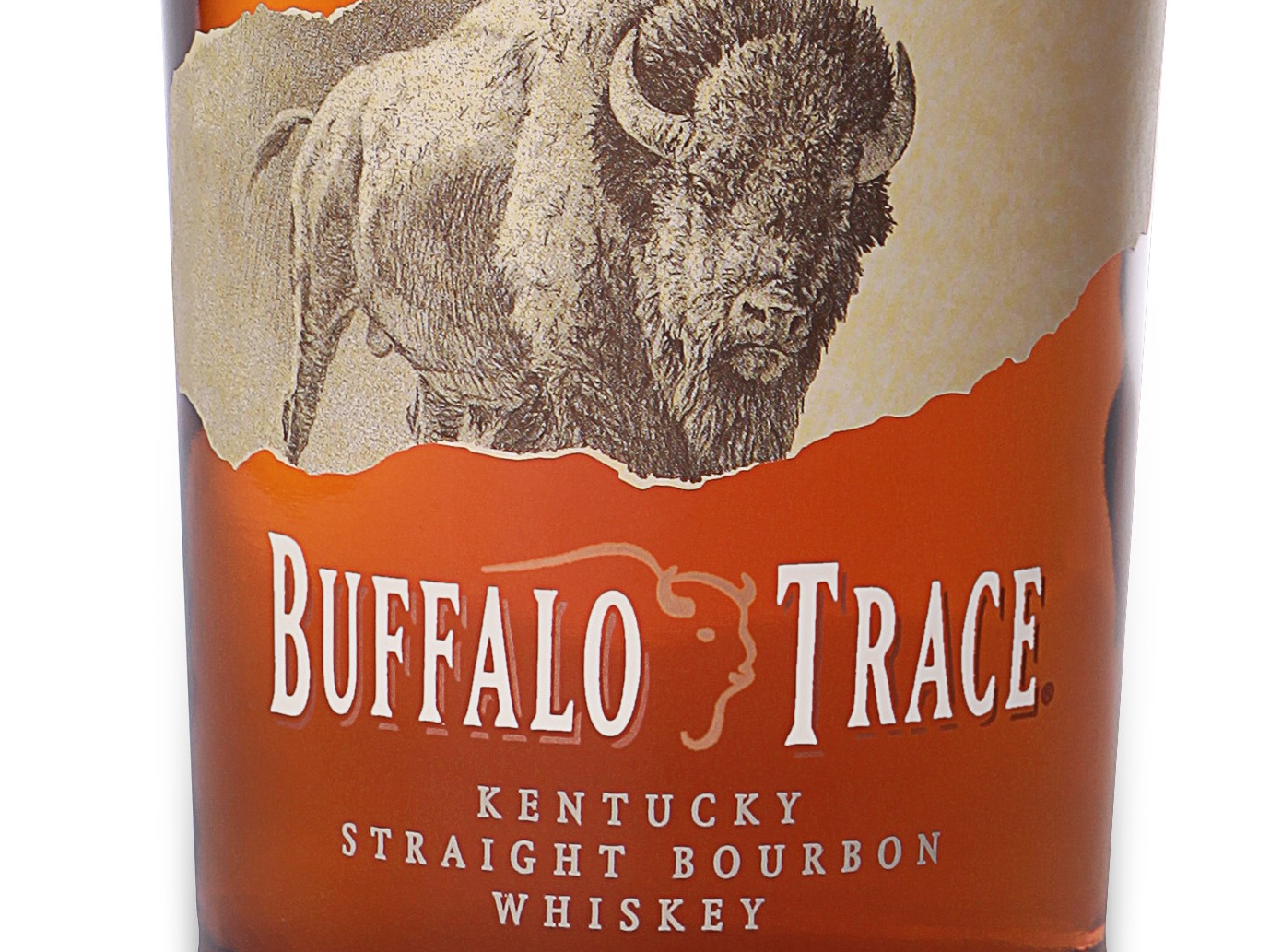 An ol’ reliable: Buffalo Trace. Although affordable, Minnick said the distiller’s namesake bottle is a little harder to get than it used to be, at anywhere between $US30 and $US150.

This distiller also makes WL Weller’s Full Proof, which Minnick described as a bourbon that everybody wants but nobody can get.

“Right now, it’s the bourbon I can’t keep in my house because my wife and I love it so much,” he added. 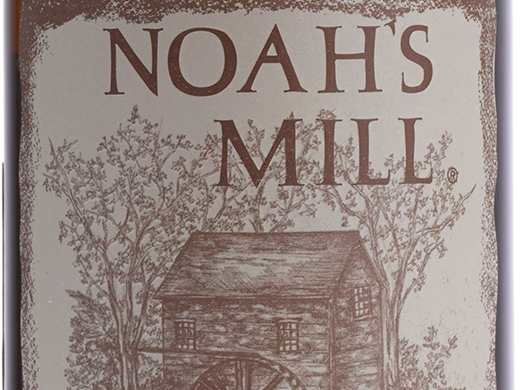 This is a bourbon produced by Willett Distillery in Kentucky, a smaller distillery that Tardie said “does whiskey really well.” He described this bottle as well-balanced and rich, with notes of walnuts, caramel, and soft florals. It goes for around $US50.

“I love bringing this bottle to a dinner party,” he said. “Most guests haven’t hear about it, but are immensely thankful I introduced them to it.”

Eaves also trusts Willett for its family roots, opting for its namesake bottle, which costs closer to $US55 in most markets. This is a bourbon produced in Texas, created by Tardie’s good friend Heather Greene.

“On her last trip to New York, she brought me a bottle of her Triple Cask Straight Bourbon. I was blown away with what she created,” he shared. 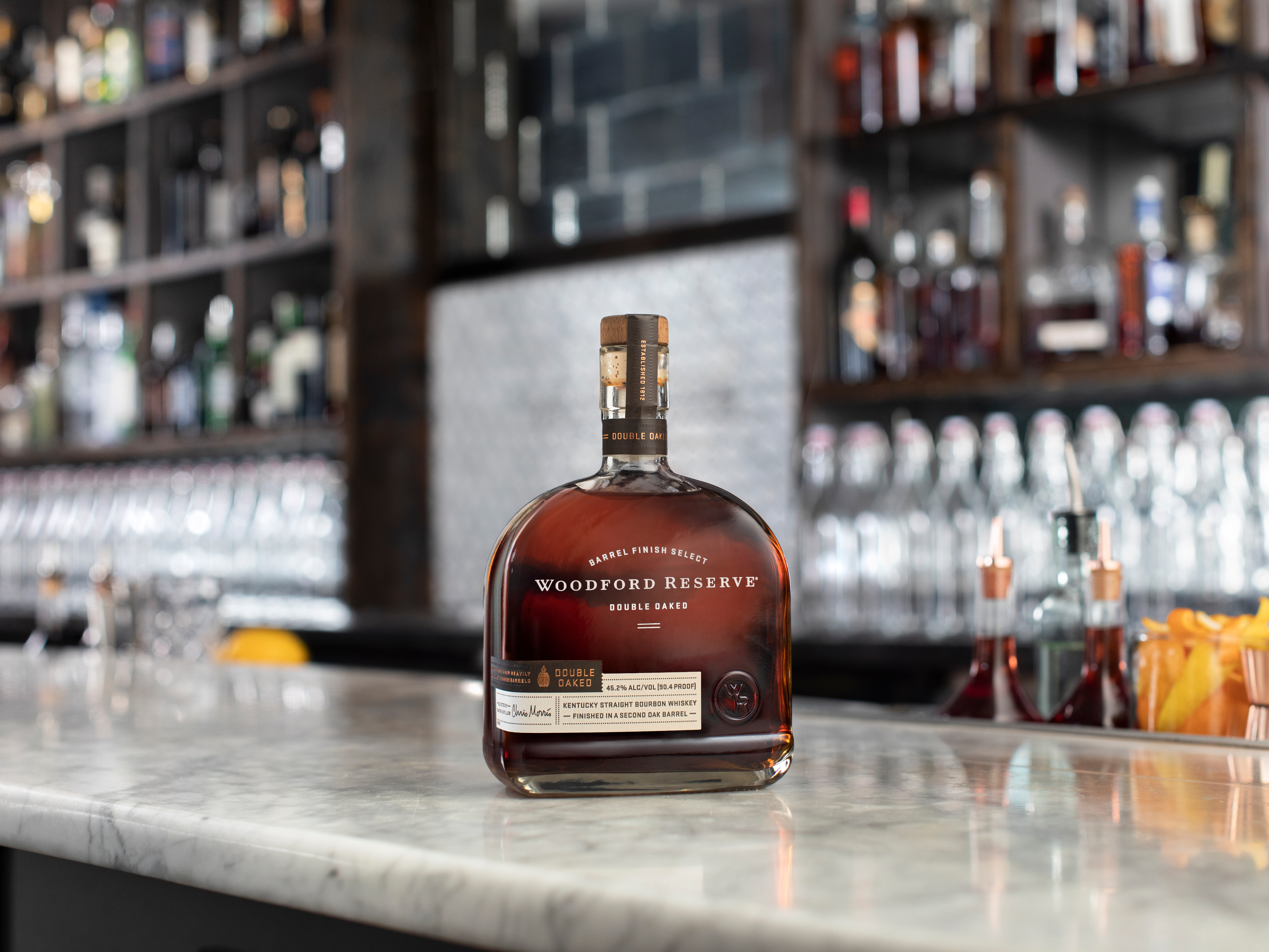 Eaves said this double-oaked spirit got her to fall in love with bourbon in the first place. The name “double oaked” comes from its second barrel – which, counterintuitively, does not make it oakier, she said.

“You get these beautiful sweet flavours that make it more like a dessert style of bourbon, which definitely appeals to me cause I have a sweet tooth,” she said.

This was also a Minnick top pick for its bright, chocolatey notes. It’s on the market for about $US50 to $US65. 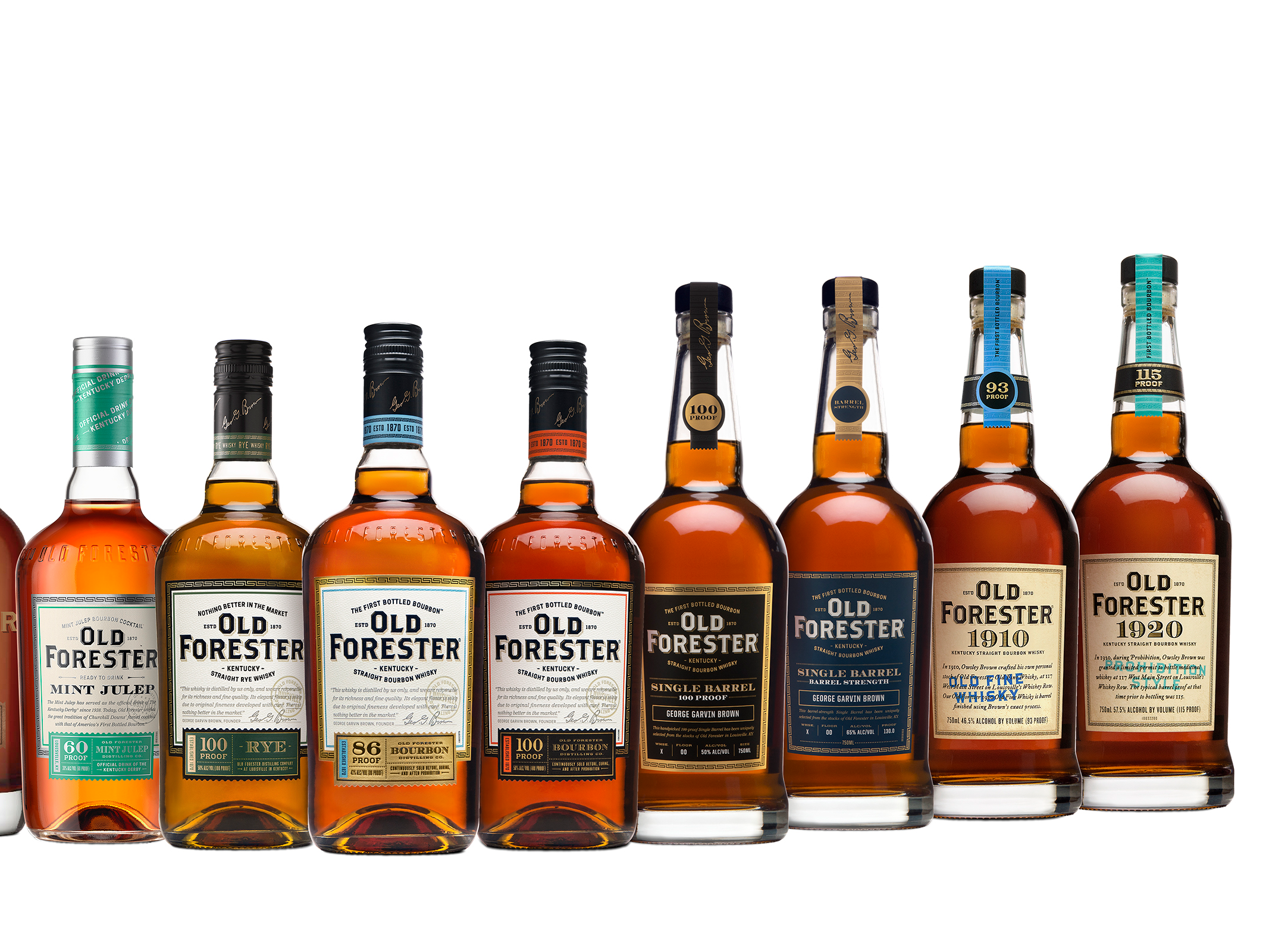 An oldie but goodie, Eaves loves Old Forester’s Single Barrel, which goes for about $US50.

“Old Forester is such a beautiful, historic example of the qualities that started this industry,” she said. “Knowing that the core of what started bourbon was what people fell in love with when it was just beginning to take off with was this kind of beautiful flavour.”

Minnick agreed, but with a different bottle: their 1920.

“It’s 115 proof, but feels delicate,” he said. “Buttery, which feels nice dripping to the back of the jawline, it feels really good on the palate.” This bottle costs closer to $US54. 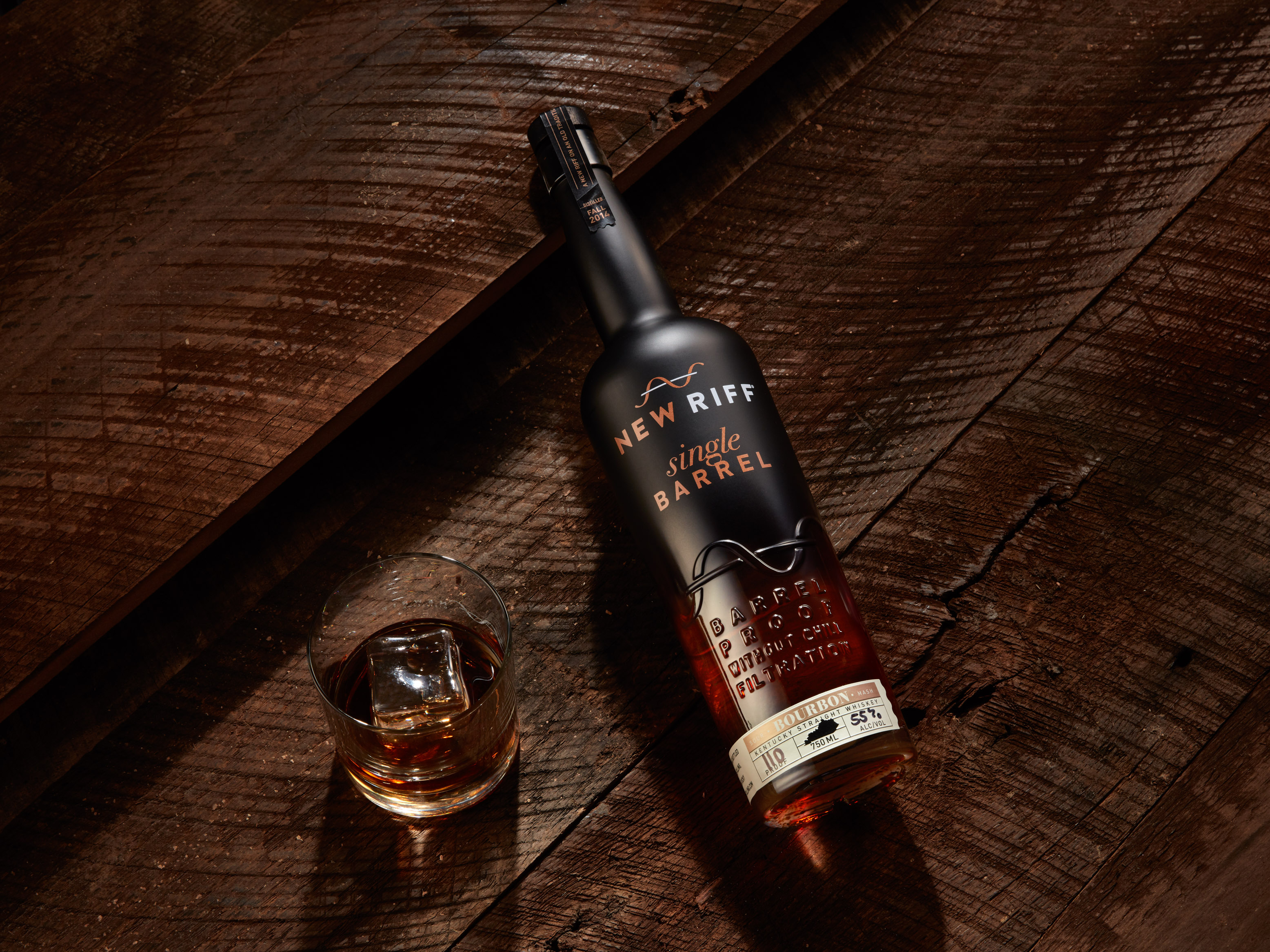 “The amount of complexity in that whiskey is off the charts,” Minnick said. “There’s not a young brand out there like this with that level of complexity.” It is on the market for just under $US40. “I love this product because it’s innovative yet traditionally made,” Eaves said. “It’s very small scale production, but really in intentional processes and always very thoughtful about quality.”

Their 375 milliliter bottle goes for just under $US50. “The interesting thing about this next generation of new distillers is that they don’t necessarily have any of that training,” Eaves said. “So their experimentation sometimes turns out great like Oregon Spirit’s and sometimes it doesn’t turn out so well.”

This bottle goes for $US37. 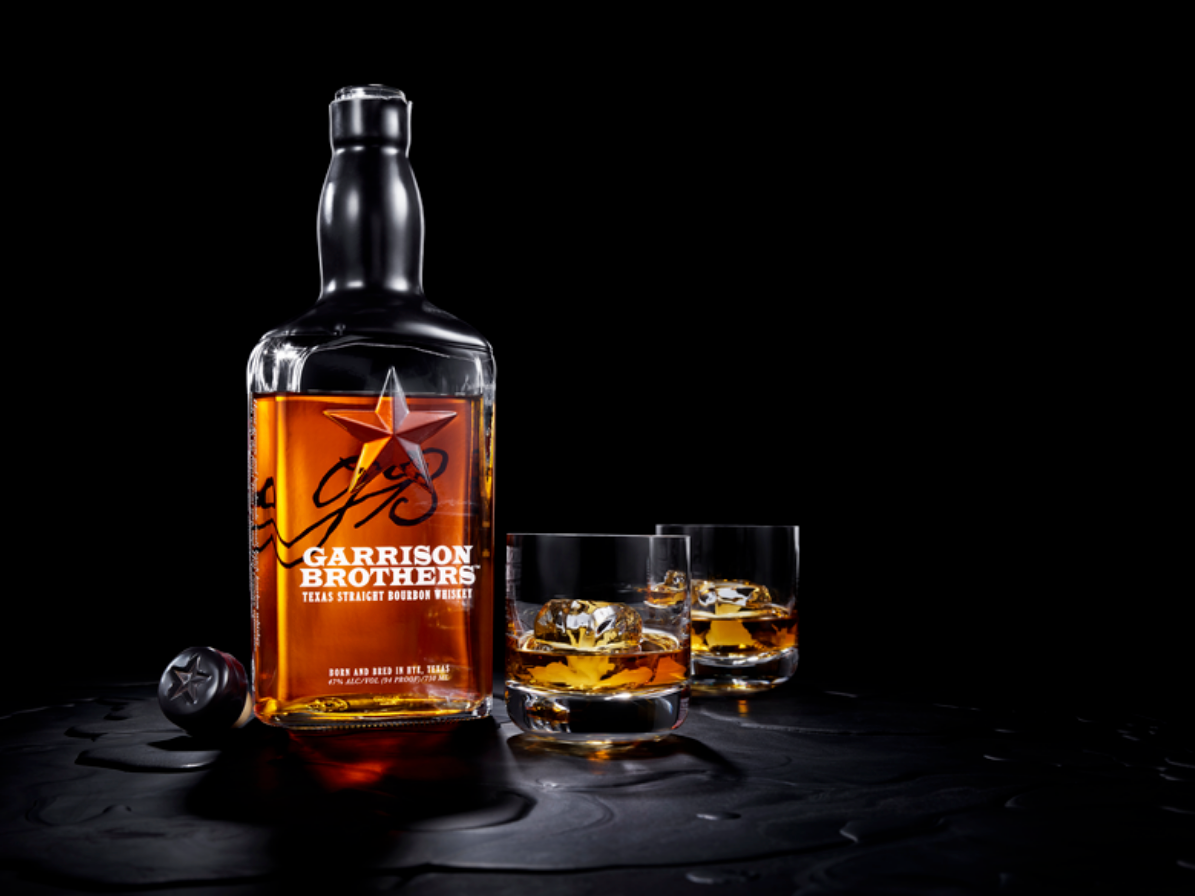 Garrison Brothers‘ was picked up by Eaves for its Texas pride. She stuck around for the flavour.

“It’s got this beautiful malty, chewy, grainy quality, but it doesn’t taste immature to me,” she said. It’s now available outside the Lone Star State for $US86. 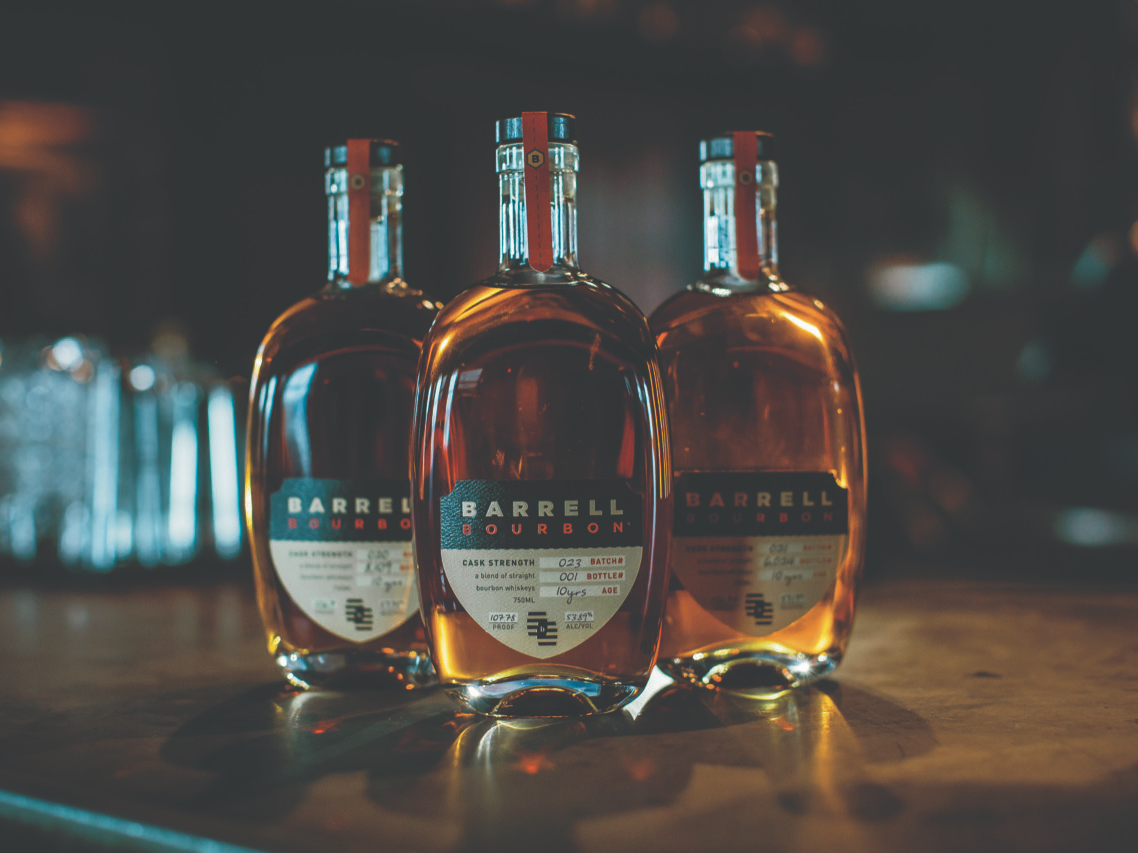 “They purchase barrels and then they spend a lot of time making sure that if it needs to continue to age, that it does,” she said. “They’re also breaking into new spirit categories, which I think is really cool.”

Sold in numbered batches, their bottles range from $US70 to $US300. 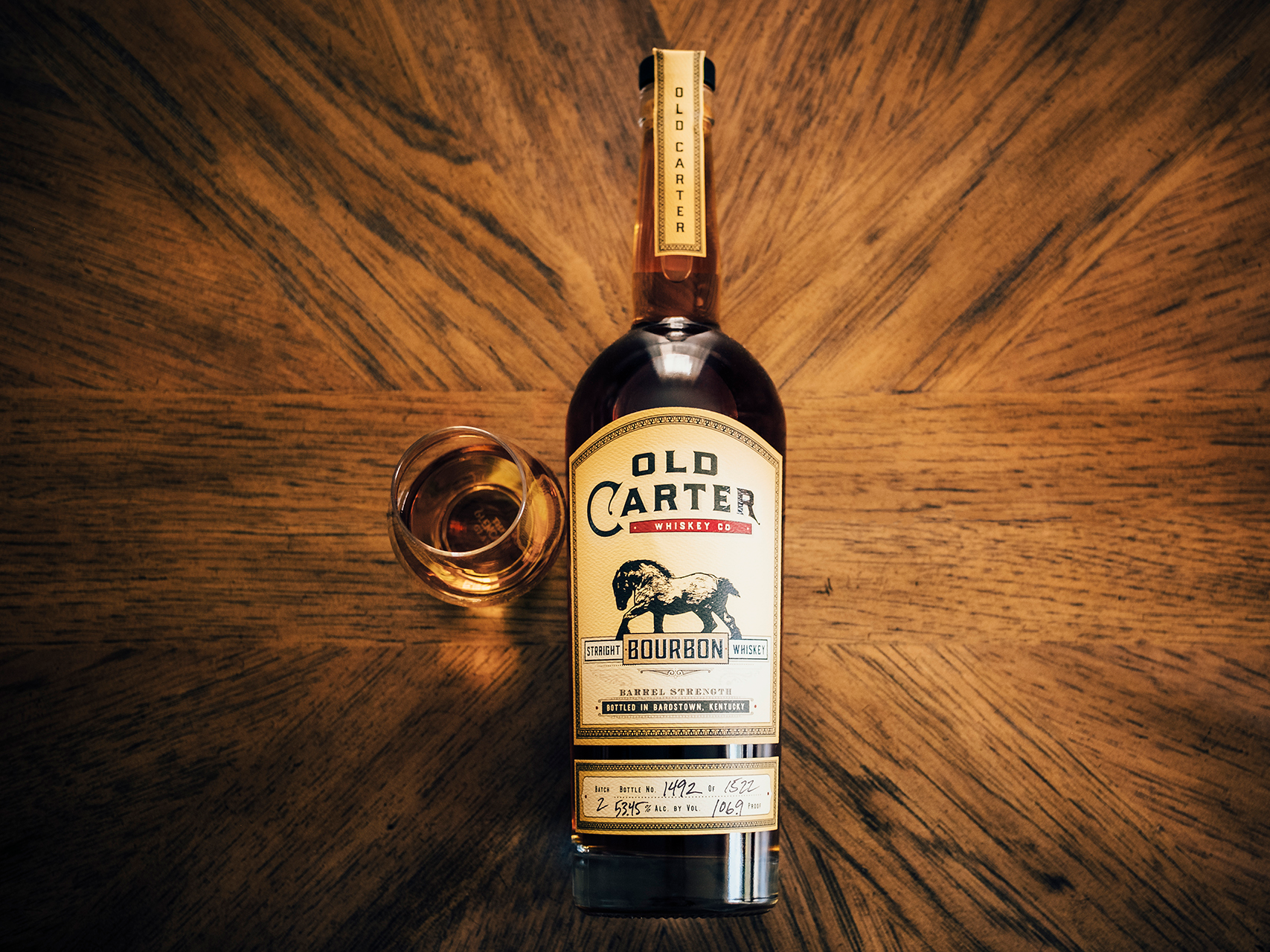 Eaves also favoured Old Carter Whiskey Co. as a traditional, well-rounded bourbon maker. The family has been in the business for a while and knows what they’re doing.

“I think what they’re doing with their second iteration brand with Old Carter is maybe even more interesting, taking source bourbon and just being very thoughtful in the way that they put it together.”

Prices start around $US180 a bottle. 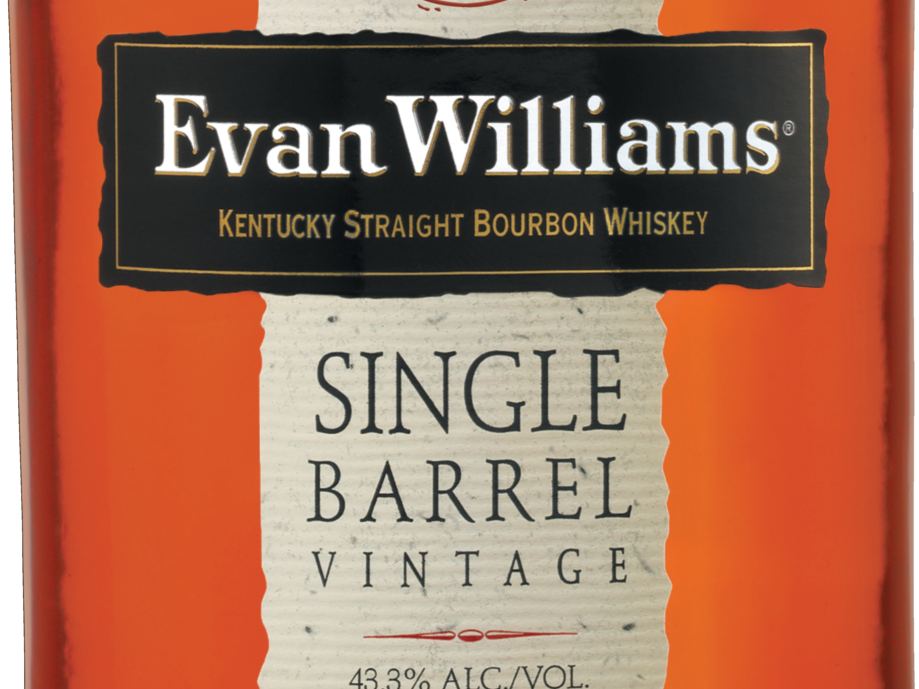 “It’s got a malt note to it, caramel backbone: A very good expression of a traditional recipe in American whiskey,” he said. Costs are capped at $US25 for this well-known bourbon.

“More bang for your buck than anything on the market,” he said, adding that he chose it as his best everyday bourbon of the year last year. 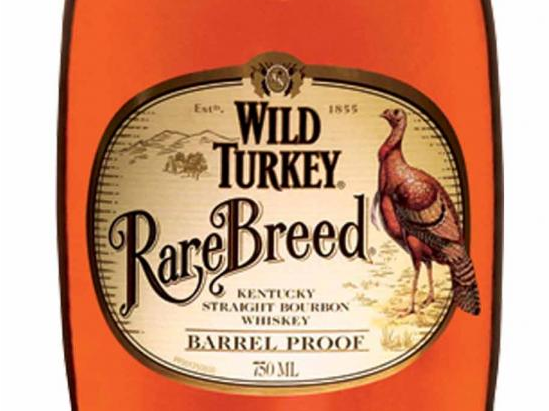 Minnick turned to Wild Turkey’s Rare Breed bottle, which he noted was a complex concoction of grapefruit, honey, caramel, and nutmeg flavours. It’s on the market for just over $US42.

Eaves chose the distiller’s Russell’s Reserve instead as a tried-and-true Kentucky bourbon.

“It’s gonna make an excellent cocktail,” she said. “You know, it’s got a beautiful, bold, rich flavour.” Prices range from $US30 to $US60, depending on the age.