17 books that can help transport you to another place 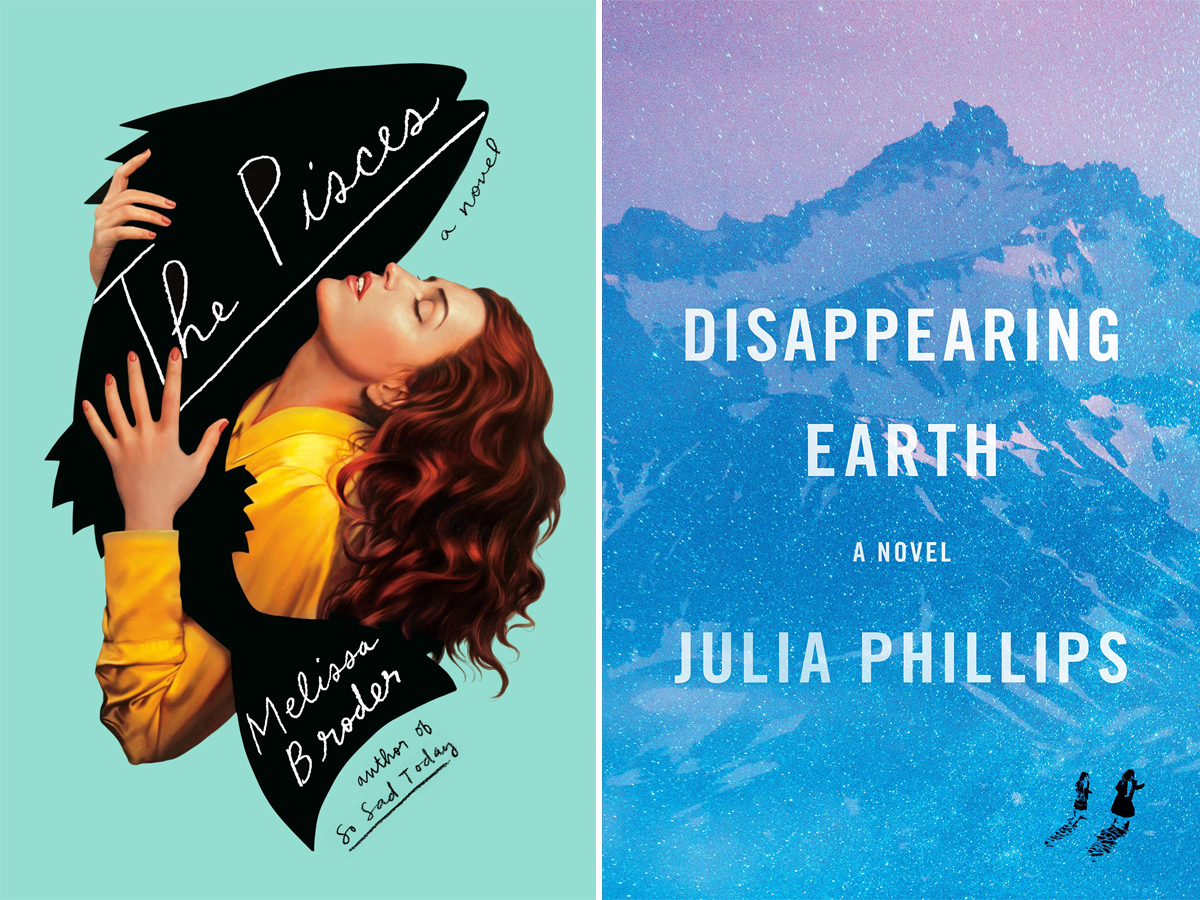 AmazonEven if you’re not going anywhere any time soon, you can use books to help you feel like you’re somewhere else.

Even if you’re not planning on travelling anywhere soon, reading can provide a great escape and transport you to places like the beach, the mountains, or a quaint city.

Here are some of the best books to read if you want to feel like you’re on vacation or, at the very least, somewhere else.

Take a trip to the beach with “The Pisces” by Melissa Broder. 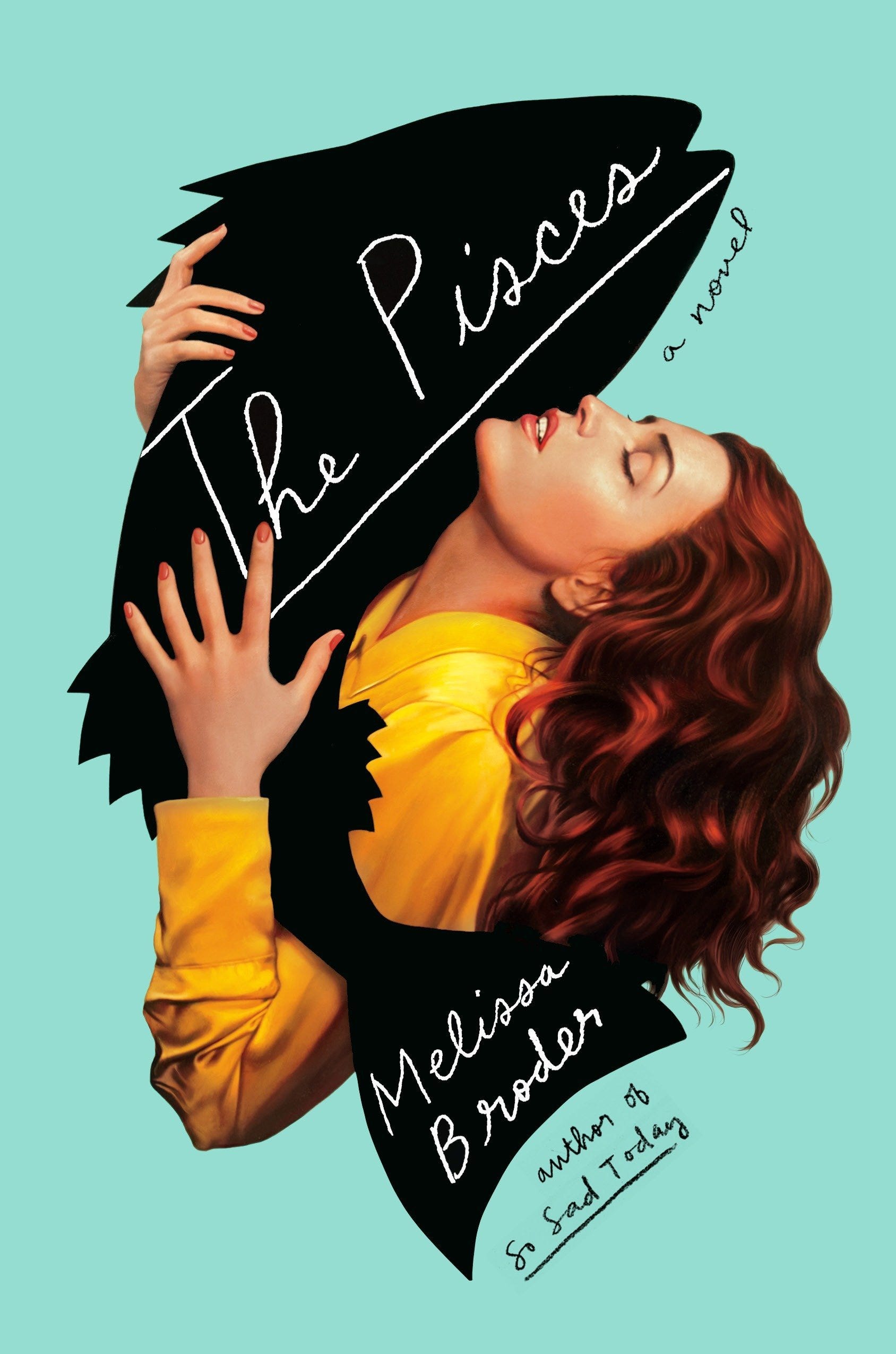 AmazonThe book is a beachy sort of romance.

In Melissa Broder’s “The Pisces,” a woman named Lucy moves to Los Angeles after a breakup and ends up falling in love with a merman. Funny, sexy, and surreal, this novel will help you feel like you’re relaxing in the sun and lounging in some sand.

As one Goodreads reviewer wrote, “If existential angst, ennui, and mythical sea creatures speak to you on a profound level of your being, you really won’t want to miss this.”

Elizabeth Gilbert’s “City of Girls” will take you on a city getaway. 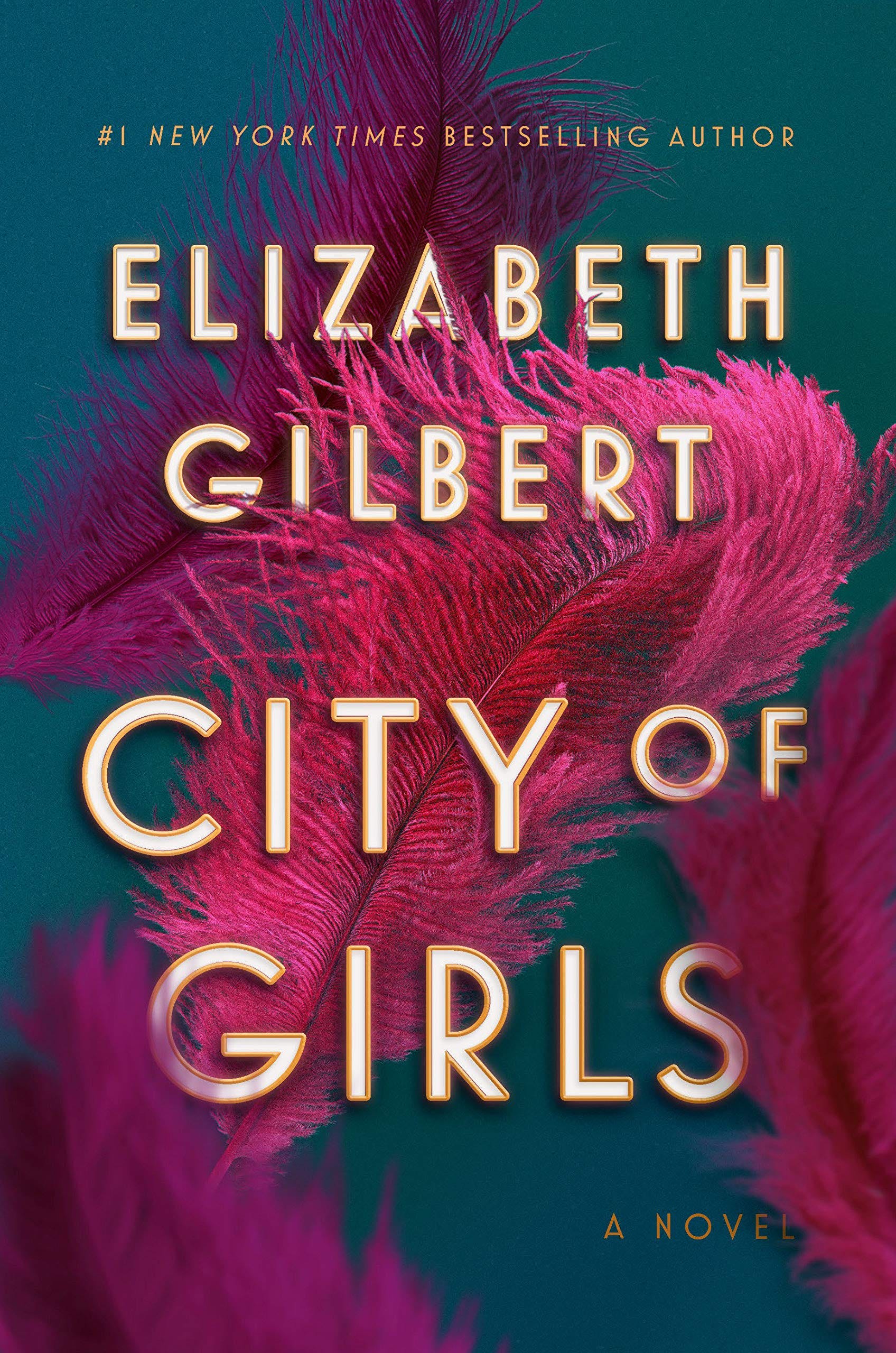 Elizabeth Gilbert’s “City of Girls,” follows Vivian Morris, a woman in her 90s who reflects back on her days in the New York theatre world of the 1940s. Part coming-of-age novel, part historical fiction, this book is a nostalgic tale of self-discovery set in the Big Apple.

As one Amazon reviewer wrote, “As a woman who spent most of my 20’s (and now most of my 30’s) living in NYC, I loved experiencing the city through Vivian’s eyes.”

Get swept away to the Caribbean with Edwidge Danticat’s “Breath, Eyes, Memory.” 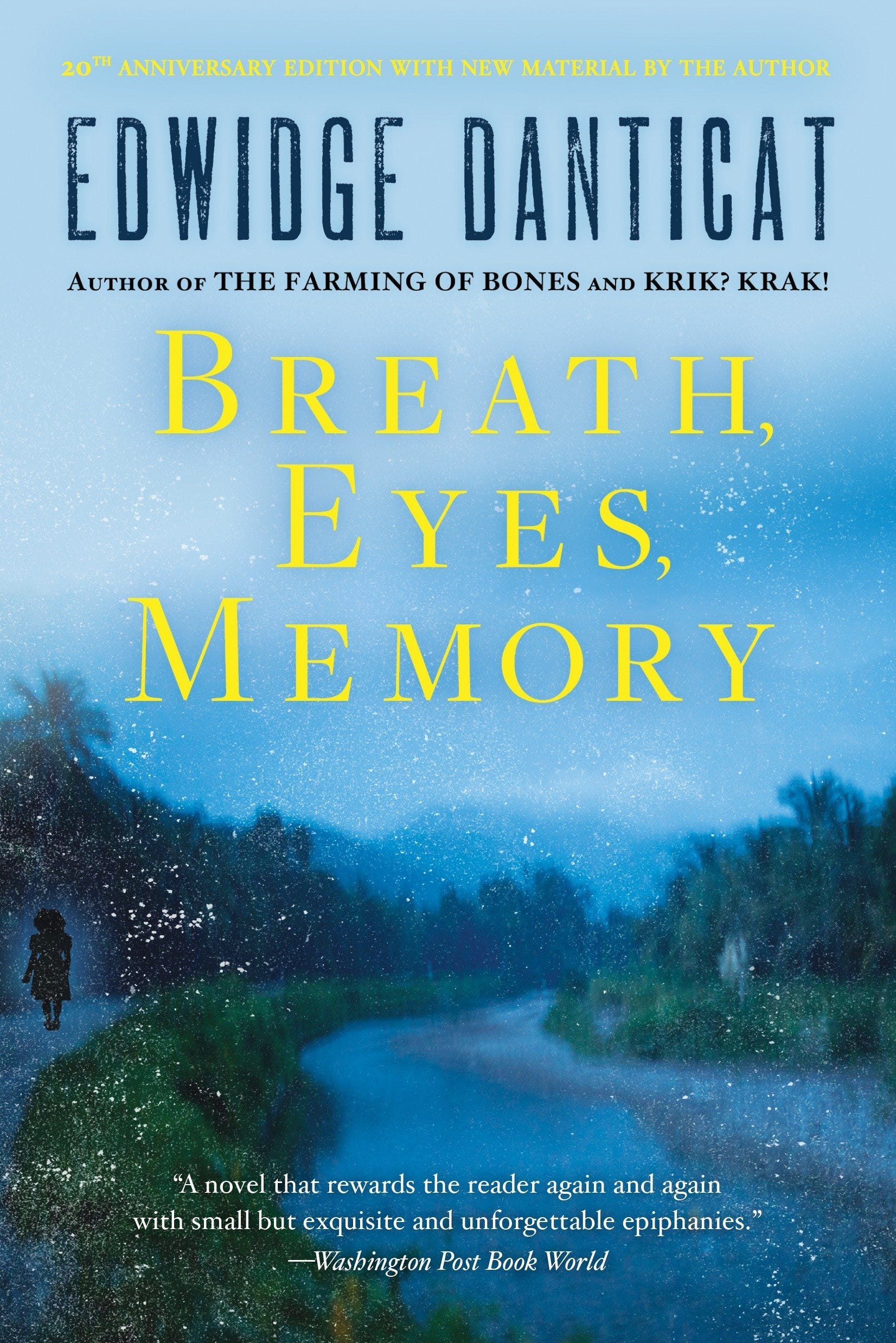 AmazonThe book is partially set in Haiti, a Caribbean country.

“Breath, Eyes, Memory” takes place in Edwidge Danticat’s native Haiti and in New York. This evocative novel paints a picture of the tenacity of Haitian women through the lens of a young girl named Sophie.

As one Goodreads reviewer wrote, “This is a quiet but beautiful book.”

Erin Morgenstern’s “The Night Circus” will place you at the centre of a mystical circus. 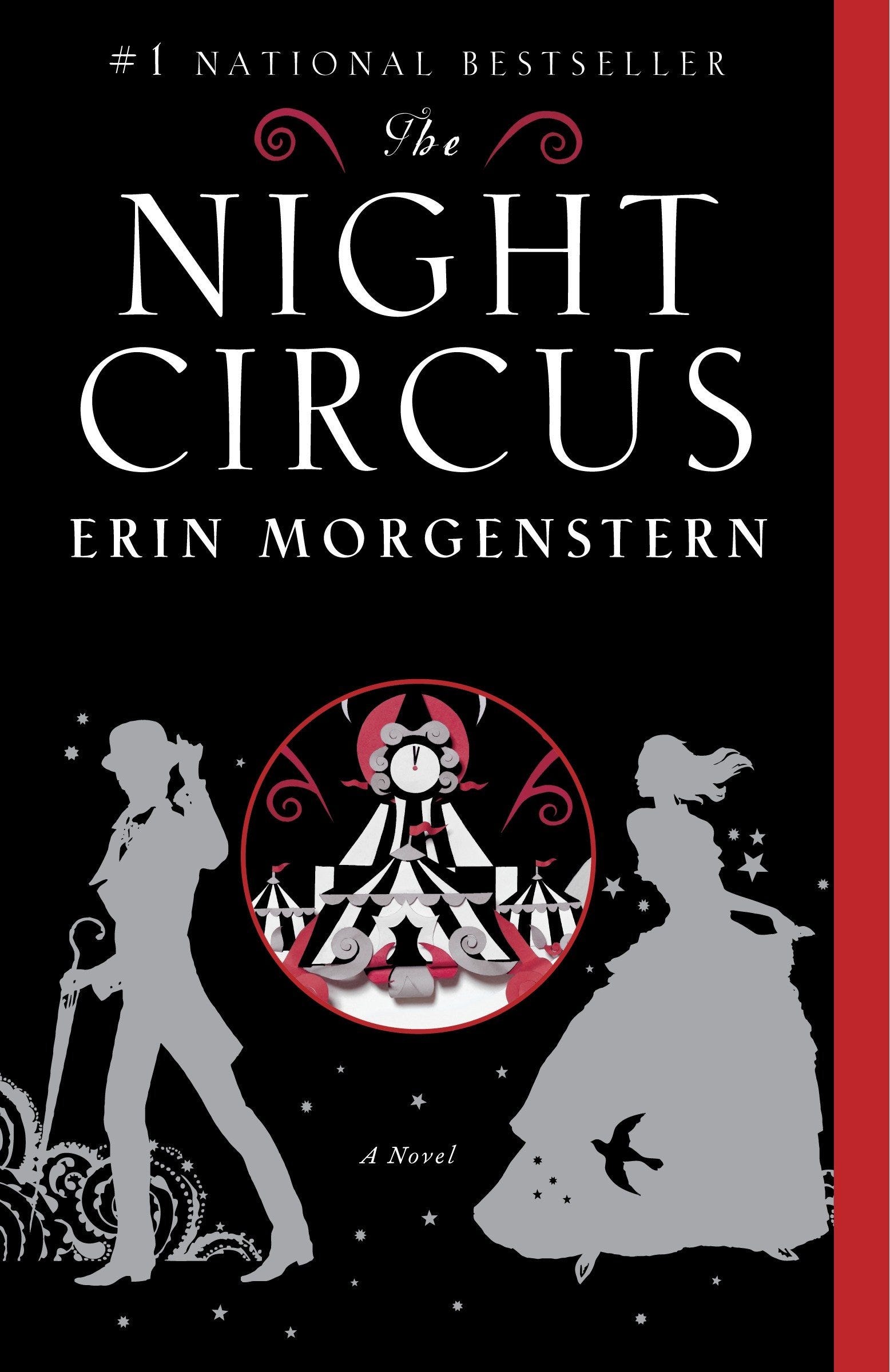 AmazonThe book is filled with magic.

If the enchanting world of amusement parks and carnivals appeals to you, so will Erin Morgenstern’s “The Night Circus.” This novel about a circus that only appears after dusk has intrigue, magic, and a one-of-a-kind setting where anything seems possible.

As one Goodreads reviewer wrote, “I have quite honestly never had the pleasure of reading a more beautiful book.”

Travel across Central America, Europe, the Middle East, and Africa with “The Savage Detectives” by Roberto Bolaño. 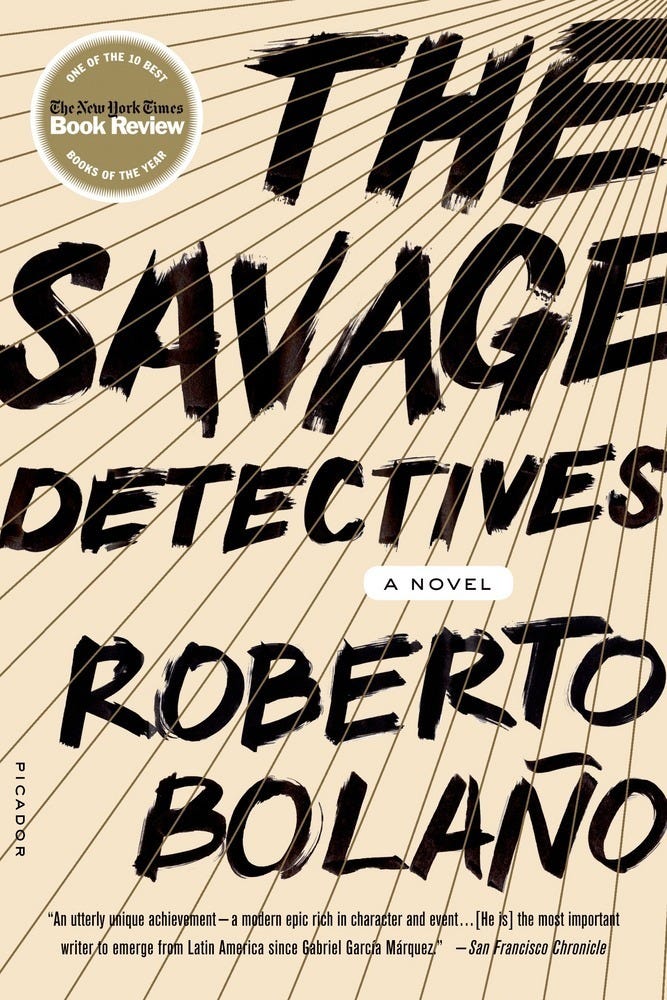 Chilean novelist Roberto Bolaño’s “The Savage Detectives” earned him international acclaim. The book follows the escapades of a group of vagabond poets and the people whose paths they cross around the world.

As one Amazon reviewer wrote, “Every so often you come upon a book that you can only diminish the more you try to explain what it’s about. ‘The Savage Detectives’ is such a book.”

Become one with nature with Robert MacFarlane’s “Underland: A Deep Time Journey.”

Penguin BooksThe book is filled with stories of travel and nature.

In “Underland,” celebrated nature writer Robert MacFarlane explores the hidden universe beneath our feet, from the Paris catacombs to the underground fungal networks that trees use to communicate.

“The Unhoneymooners” by Christina Lauren sets the scene for a tropical vacation. 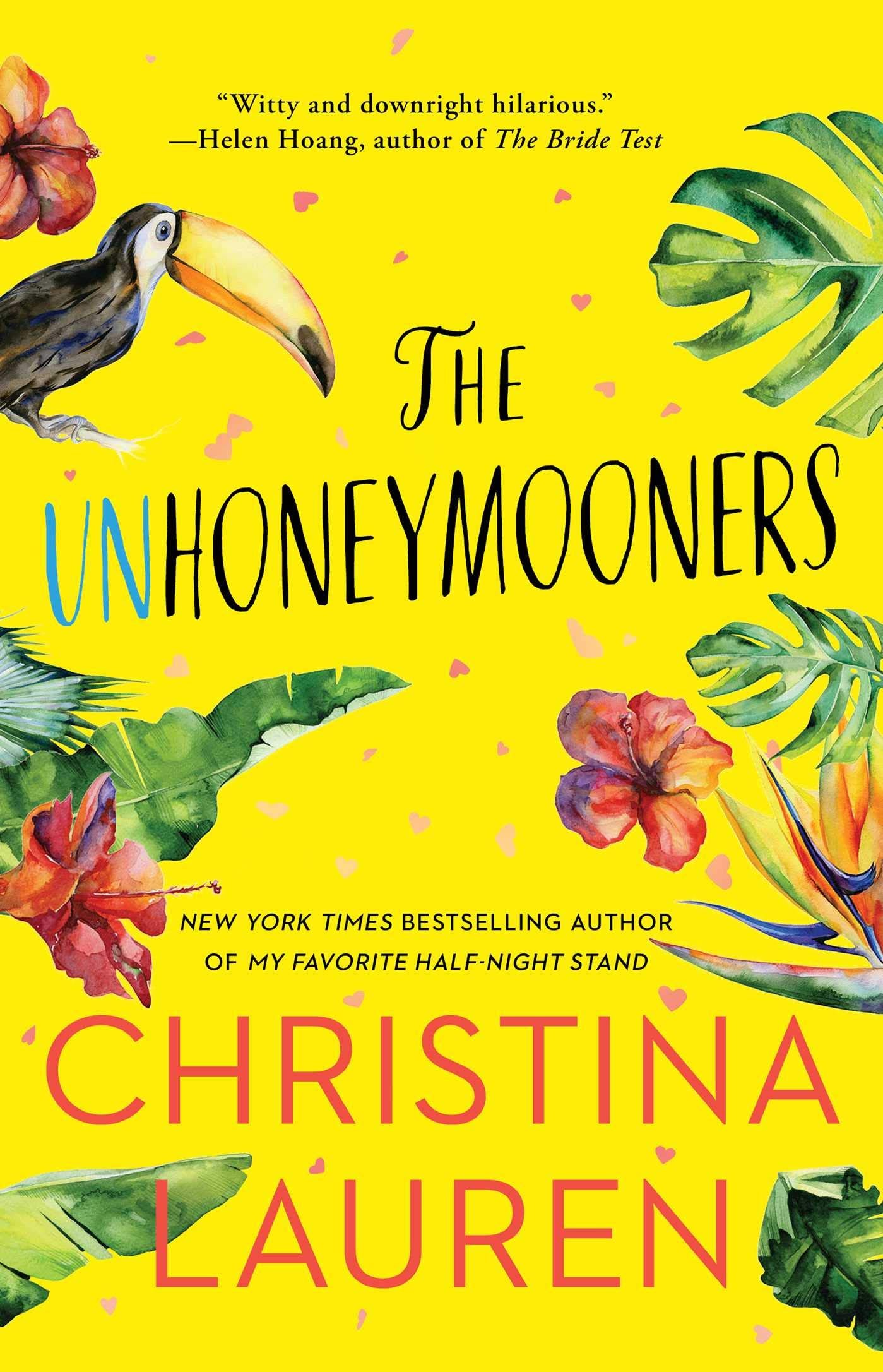 AmazonThe book is all about a tropical vacation.

When a case of food poisoning forces the bride and groom to skip out on their Hawaii honeymoon, the bride’s twin sister, Olive, and the best man, Ethan, take their place. The only catch is that Olive and Ethan, who hate each other, must masquerade as newlyweds.

As one Amazon reviewer wrote, “The Unhoneymooners” is “Cute. Appealing. Flirty. Sweet. Adorable. A lighthearted romance with all the feels.”

Julia Phillips’ “Disappearing Earth” will transport you to the mountains. 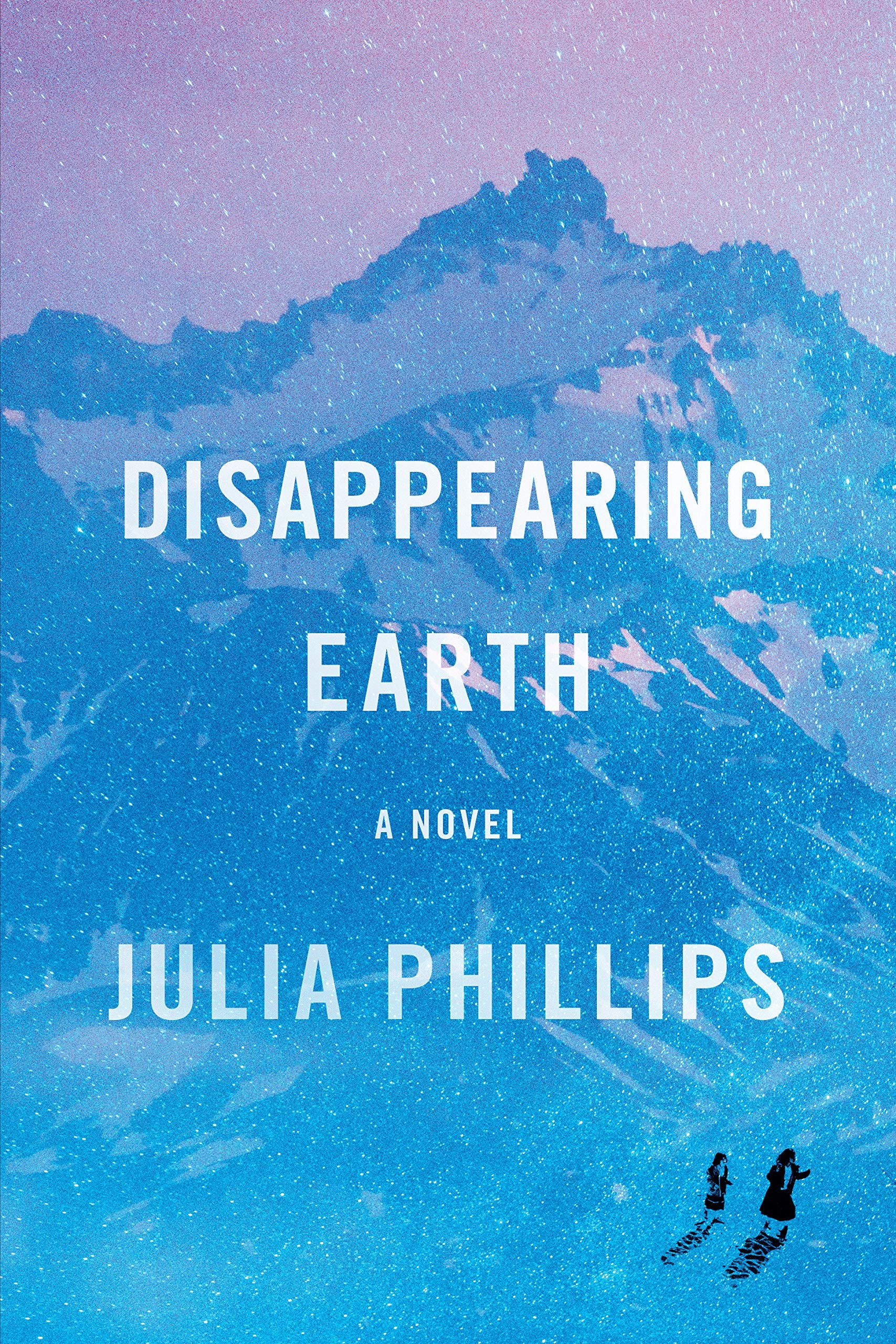 AmazonThe book is filled with impressive descriptions of wilderness.

Set against the backdrop of the volcanoes, tundras, and forests of Russia’s Kamchatka peninsula, Julia Phillips’ debut novel examines how the disappearance of two young sisters impacts a remote community and brings others close together.

As one Amazon reviewer wrote, “‘Disappearing Earth’ begins with a shot of adrenaline and ends with a gut punch.” 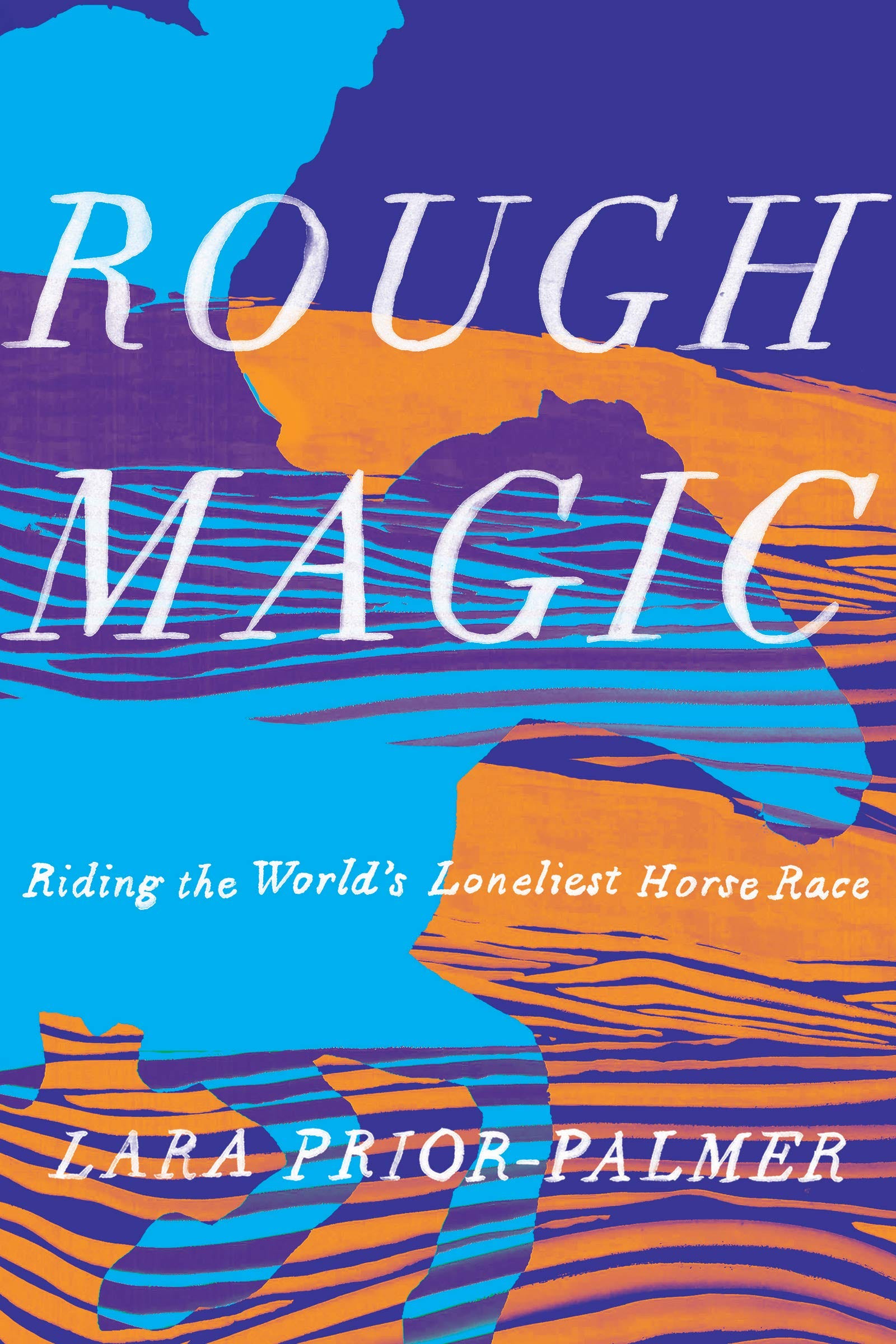 AmazonIf you like horses, you may enjoy this book.

In her memoir “Rough Magic,” Lara Prior-Palmer describes what it was like to participate in the Mongol Derby, an annual racing competition in which people ride wild ponies across over 600 miles of Mongolian grassland. At age 19, Prior-Palmer won the derby, becoming the youngest person and the first woman to accomplish that feat.

As one Goodreads reviewer wrote, “Magical, brilliant, evocative. I’ve never highlighted so many wondrous passages before.”

Search for treasure with Paulo Coelho’s “The Alchemist.” 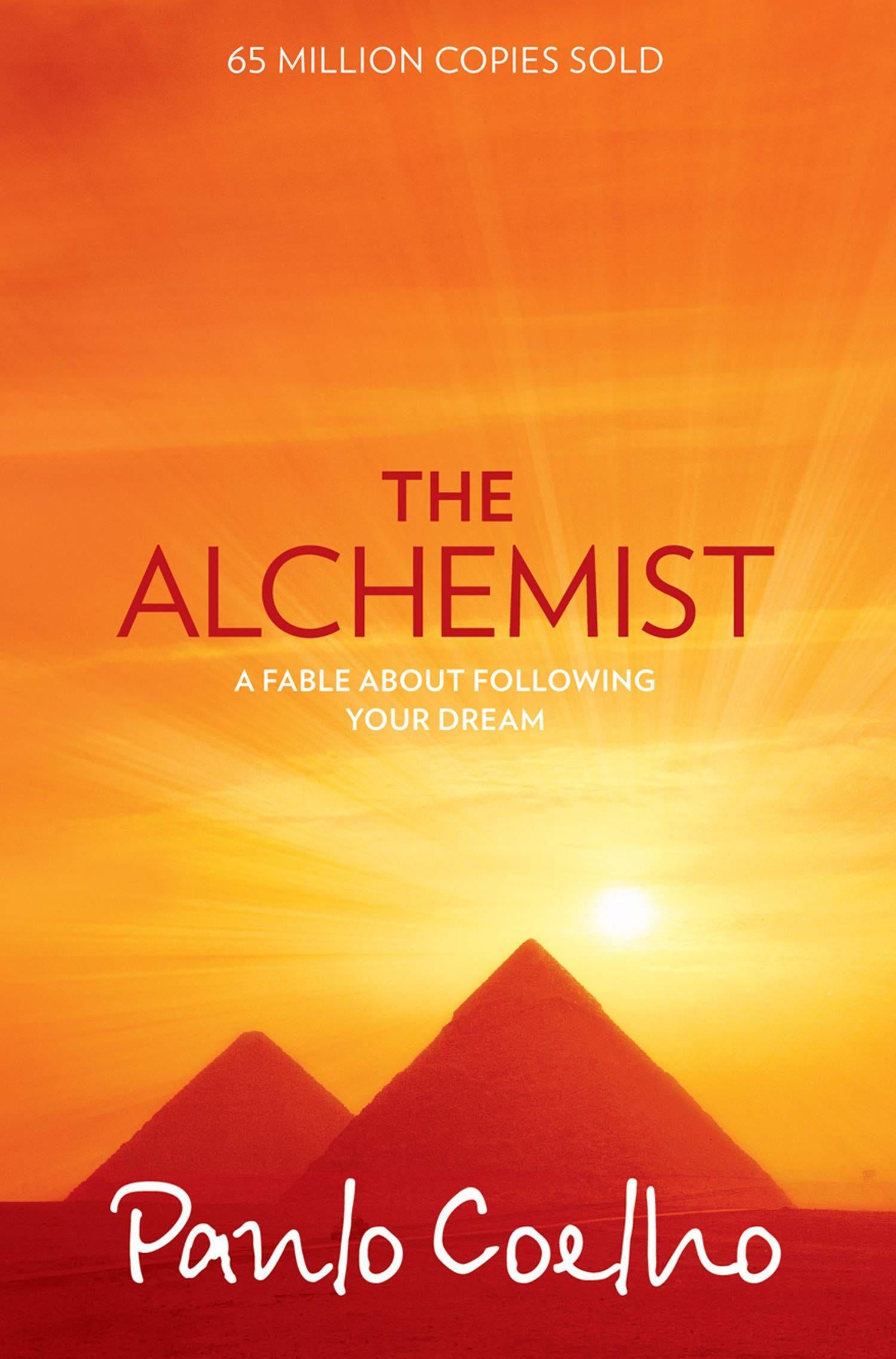 The popular novel follows the inspiring quest of a humble shepherd who travels from Spain to Egypt in search of a treasure buried under the pyramids.

Along the way, he receives help from a dream-interpreting woman, a man who believes he is a king, and an alchemist who help him tackle the obstacles in his path. Ultimately, the shepherd is rewarded for learning how to follow his heart.

As one Amazon reviewer wrote, “It works on you without seeming to, and at the end you’re left both satisfied as the adventure concludes and also wanting more, or perhaps wanting to do more.”

Travel back in time to a small, British island with “The Guernsey Literary and Potato Peel Pie Society.” 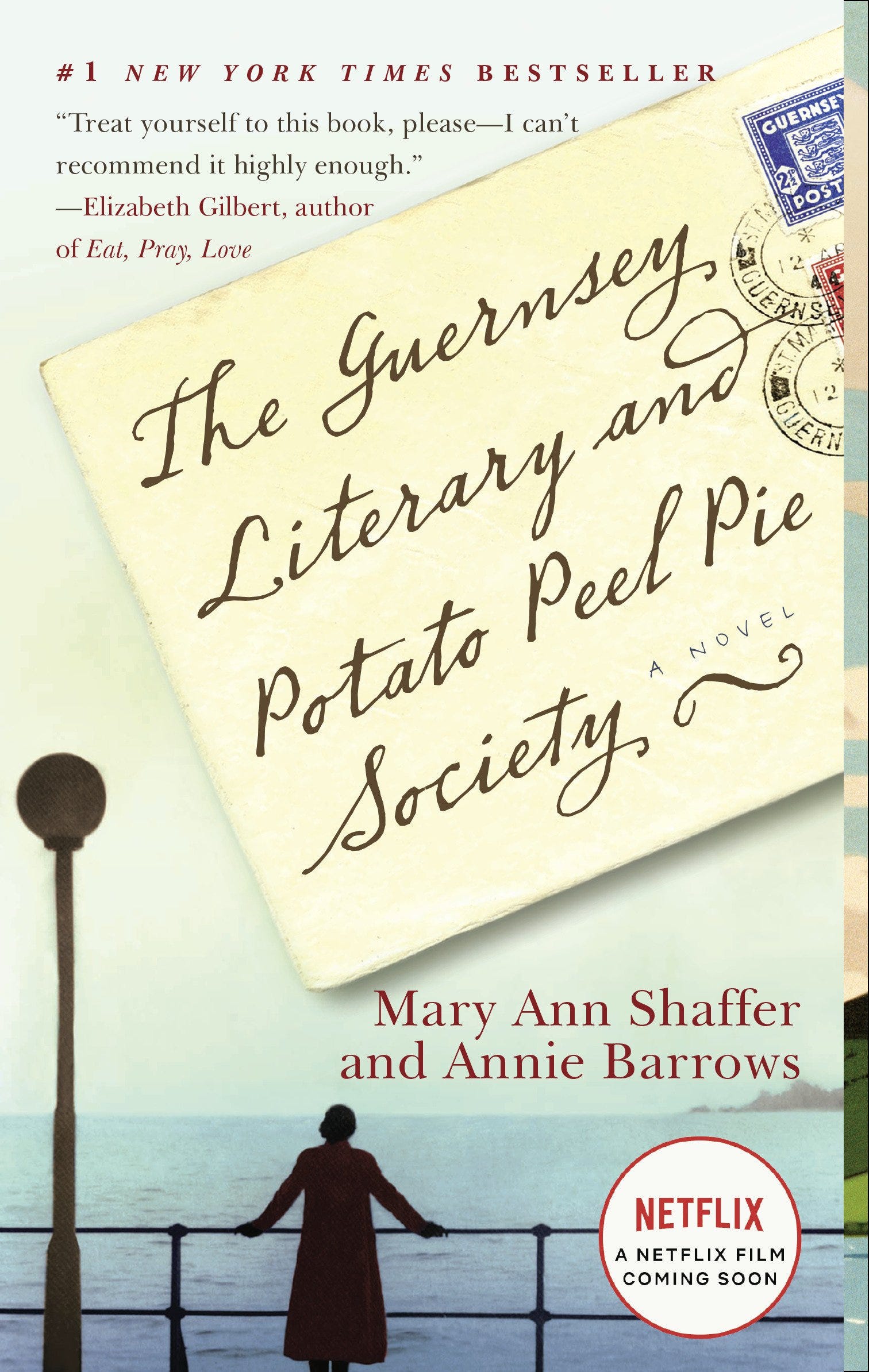 AmazonThe novel is told through letters.

Written by Mary Ann Shaffer and Annie Barrows, “The Guernsey Literary and Potato Peel Pie Society” follows writer Juliet Ashton in the wake of World War II when she accidentally discovers a secret society based in a small island off the coast of France.

After exchanging several heartwarming and humorous letters with a member of the group, Juliet sets sail for Guernsey to learn more about how the people there survived the German occupation.

As one Goodreads reviewer wrote, “I felt like I knew the characters and I wanted to run over to Guernsey to meet them in person.”

Fall in love with the City of Lights with Jojo Moyes’ “Paris for One and Other Stories.” 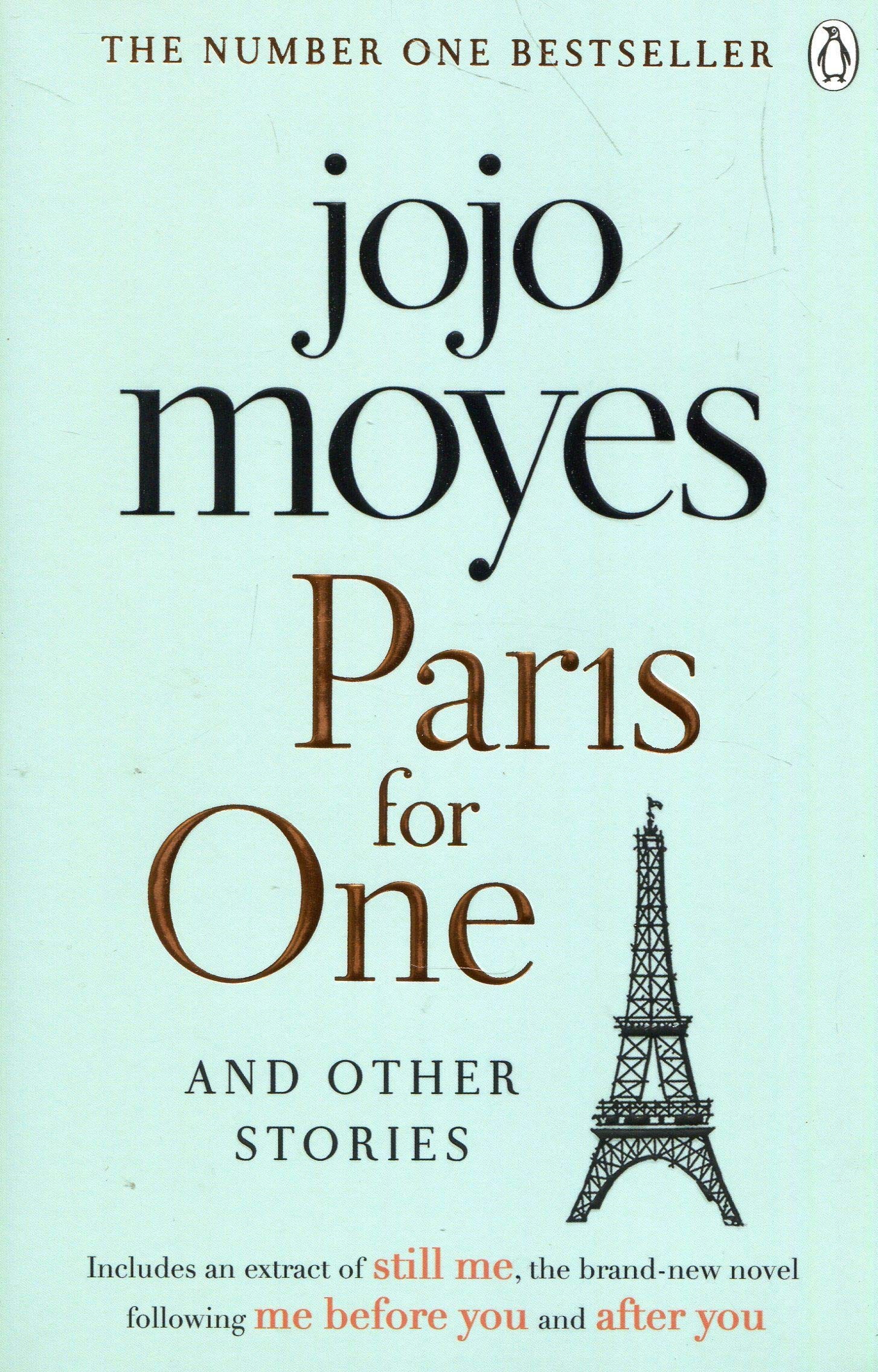 AmazonThe collection includes both novellas and short stories about Paris.

“Paris for One and Other Stories” is a collection of novellas and short stories about visiting and falling in love in Paris.

The main story, “Paris for One,” follows Nell as she travels alone to Paris for the first time after her boyfriend had to cancel at the last minute. The adventurous weekend trip brings her out of her shell as she turns an unfortunate situation into an unforgettable journey.

As one Amazon reviewer wrote, “I feel like I fell in love with an entire city.”

Run away from your problems in a whirlwind adventure with Andrew Sean Greer’s “Less.” 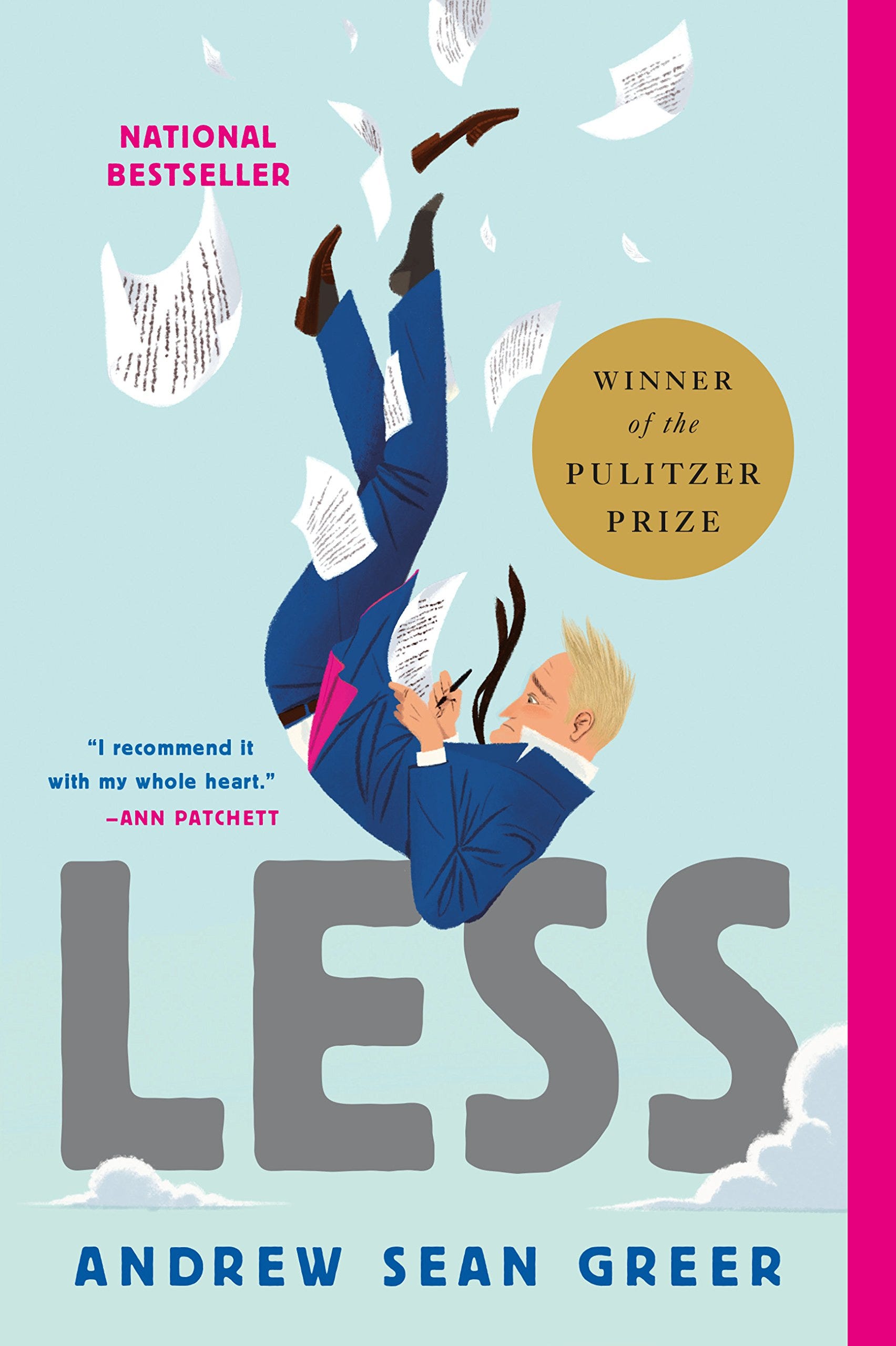 AmazonThis book travels across the globe.

If you’re feeling bogged down with life’s problems, you’ll probably relate to Arthur Less, a failed novelist on the brink of a mid-life crisis who just received an invitation to his ex-boyfriend’s wedding. The Pulitzer-winning book follows Arthur on a trip across the world as he falls in love, escapes death, and turns 50.

As one Goodreads reviewer wrote, “A great and breezy read for a pick-me-up that touches on some real emotional issues while not drowning the reader in dark, heavy clouds.”

Take a trip to the lake with Sarah Dessen’s “The Rest of the Story.” 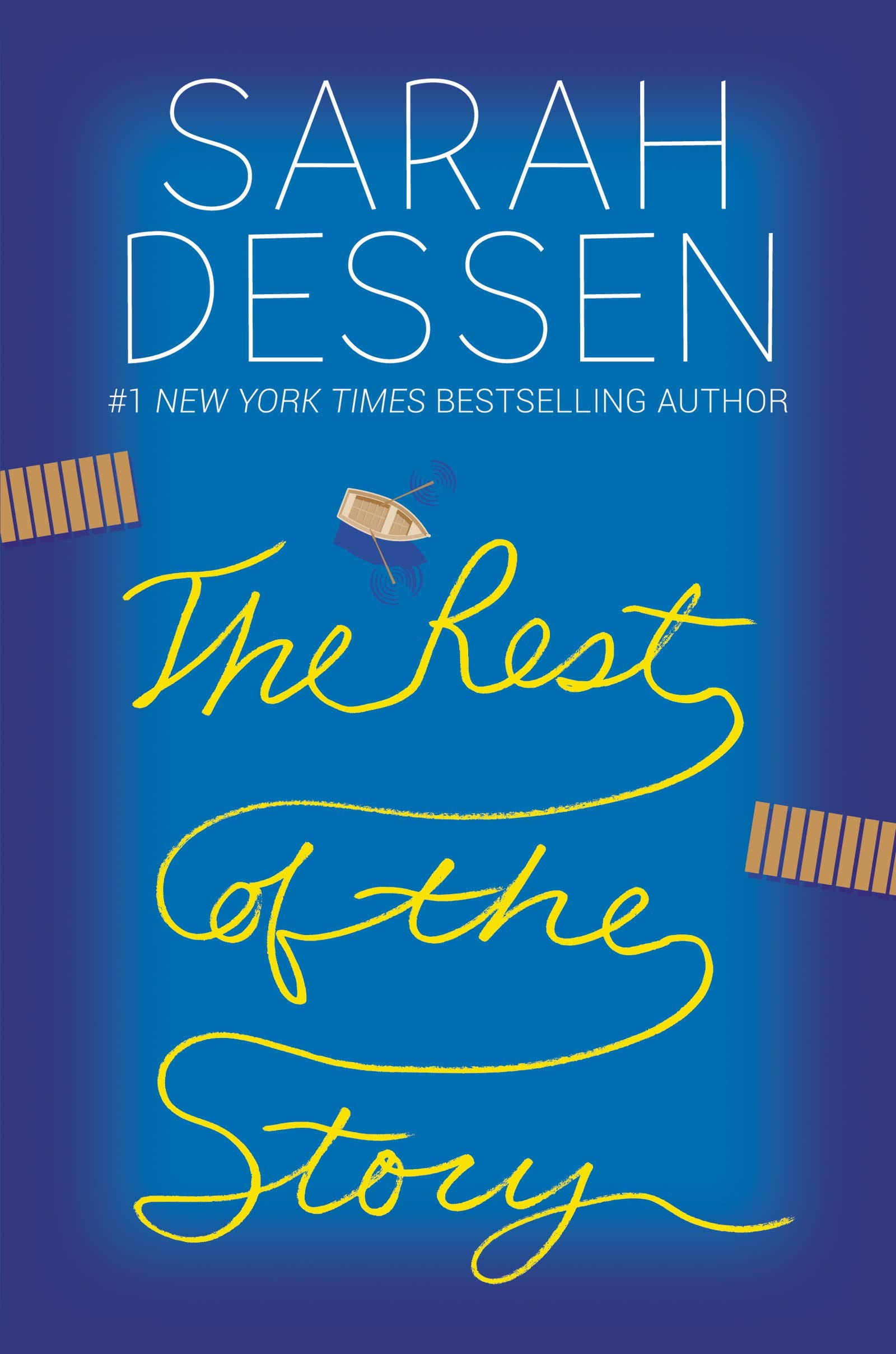 In it, teen Emma Saylor spends a summer at the lake with her late mother’s family that she hasn’t visited since she was a young girl. What started as a compulsory visit quickly turns into a journey of self-discovery and new love all set in a small, tourist-filled town on the lake.

As one Goodreads reviewer wrote, “A Dessen read captures that bright, epic feeling of freedom summer can bring.”

Live through the drama of a family vacation in the beautiful island setting with “The Vacationers.” 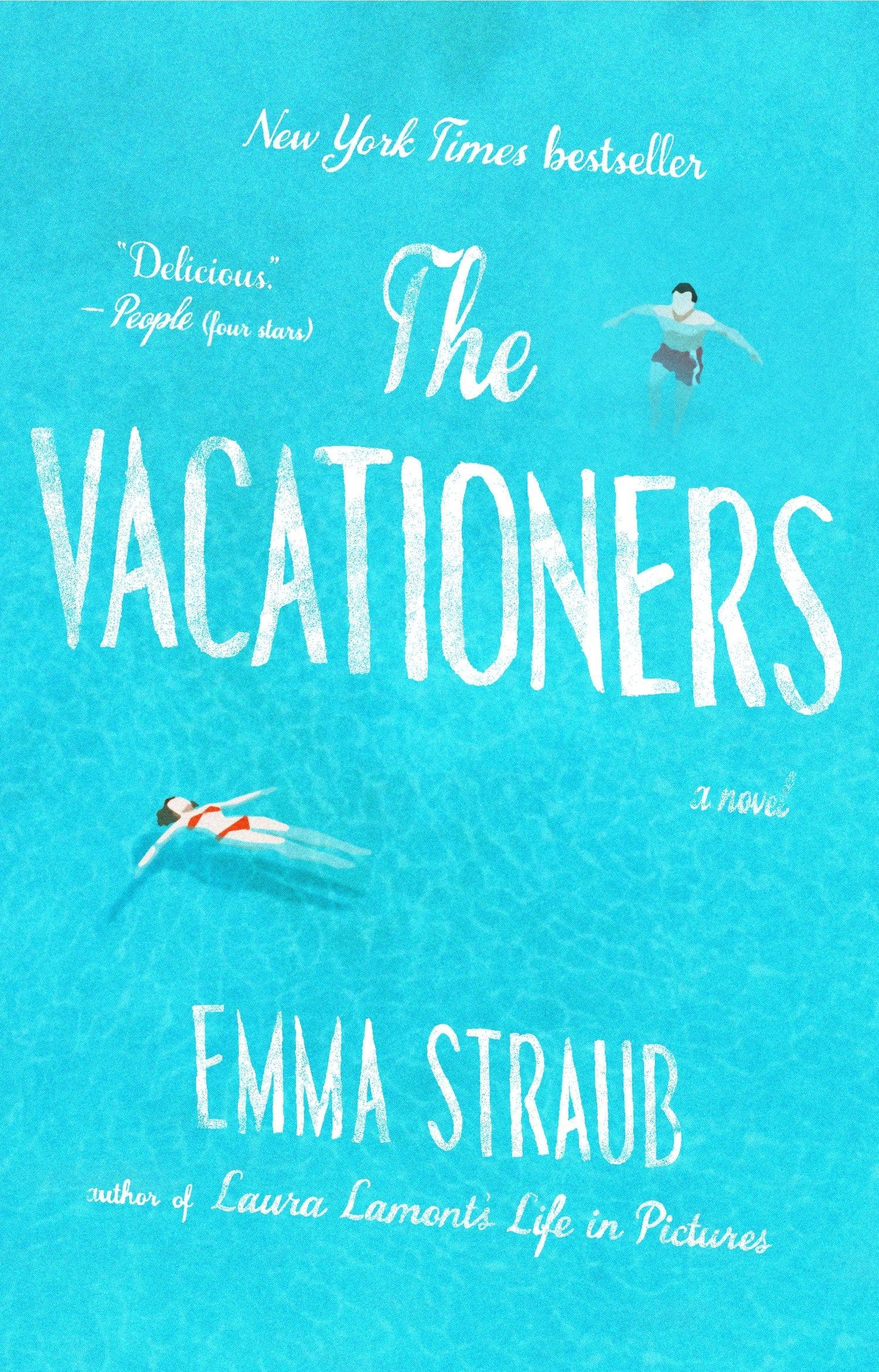 AmazonThe novel paints a picture of a dysfunctional family vacation.

In “The Vacationers,” the Post family is celebrating anniversaries and graduations with a trip to the Balearic island of Majorca.

It’s sunny, peaceful, and scenic, making it the perfect escape from their hectic Manhattan lives … until secrets, rivalries, and grudges catch up with them on the island, opening wounds they thought were long-since closed.

As one Goodreads reviewer wrote, “I feel like I have been on this beautiful vacation and back again, with an engaging family and their two friends.” 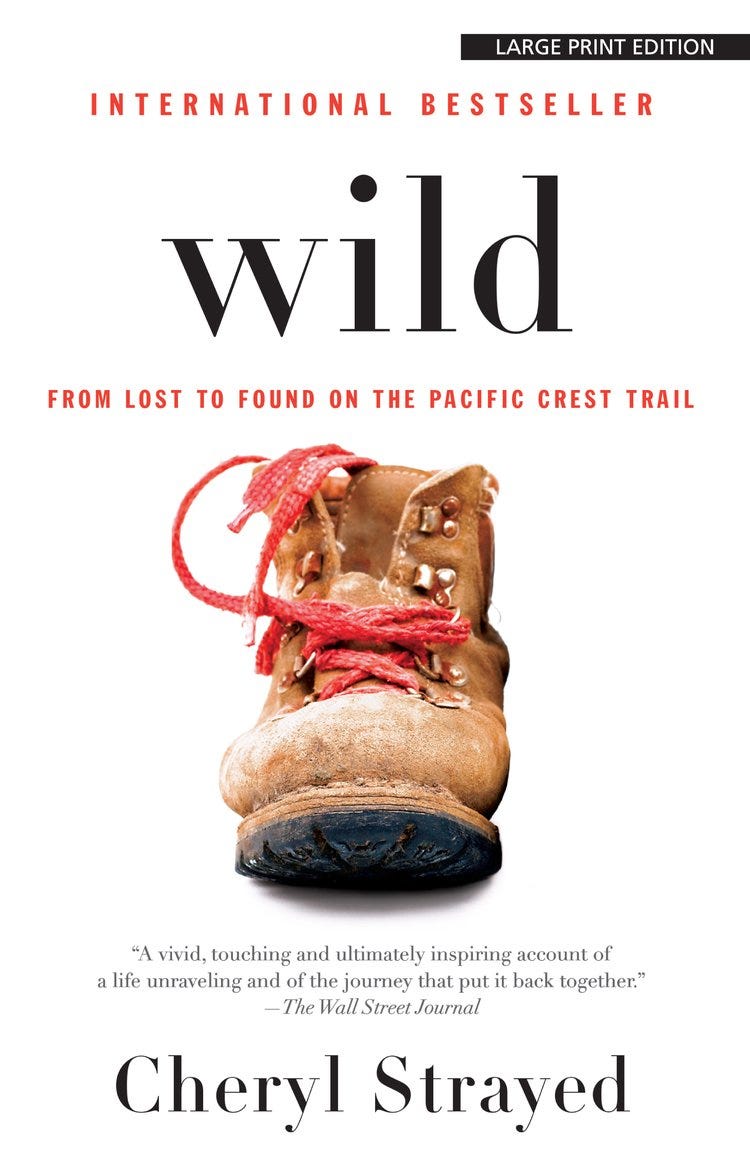 AmazonThis book travels through grief and pain and into redemption.

For those who are looking for a more active journey, the memoir “Wild: From Lost to Found on the Pacific Crest Trail” tells the true story of Cheryl Strayed who hiked over 1,000 miles of the trail with no experience or training.

Readers can follow along with the highs and lows of Strayed’s physical and mental journey of grief and healing.

As one Amazon reviewer wrote, “Cheryl writes in a way that really made me feel her own pain and her own fears and struggles.”

Travel through cities and memories with Jess Walter’s “Beautiful Ruins.” 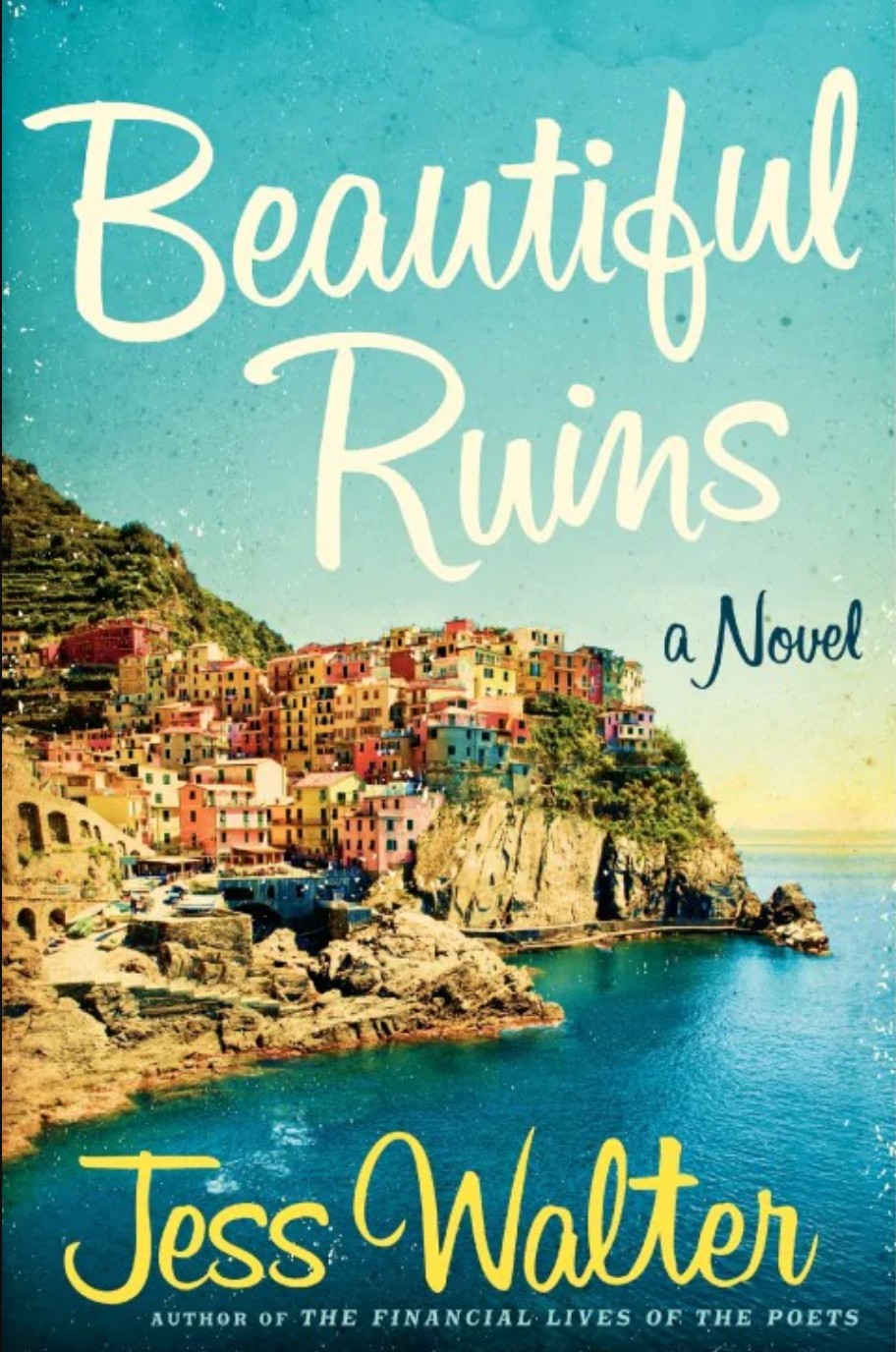 HarperCollinsThis book starts on the shores of the Italian coast.

“Beautiful Ruins” tells the tale of an elderly, Italian man who’s searching for the long-lost love he met as a young innkeeper. But through his memories, the novel tells the story of many tangled lives who are all trying to stay afloat as they chase their far-fetched dreams.

As one Goodreads reviewer wrote, “As time passes, it continues to echo with its alluring characters, resonating themes, and delicate visual beauty and symmetry.”