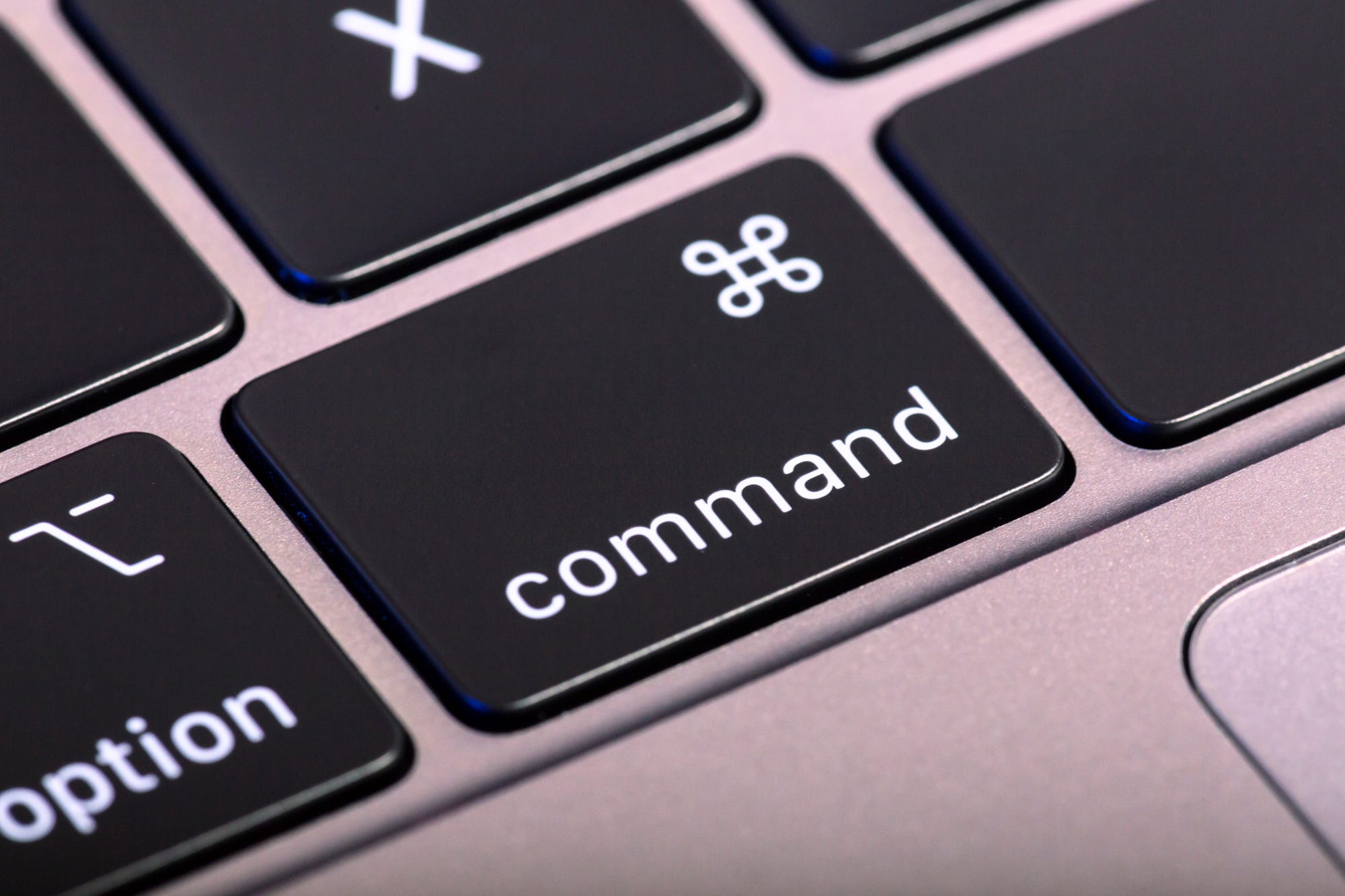 Thoughtful design has always been at the core of Apple’s product development.

Steve Jobs was especially keen on making products that are clean, friendly, and above all, simple to use – a set of principles that has often separated Apple’s products from the rest.

“It takes a lot of hard work to make something simple, to truly understand the underlying challenges and come up with elegant solutions,” Jobs said, according to the Smithsonian Magazine.

Apple’s attention to detail is present throughout the company’s product line, from the way the case for your AirPods snaps shut to subtle flourishes in the iPhone’s software.

Here are our favourite design elements that highlight the company’s fixation with detail. 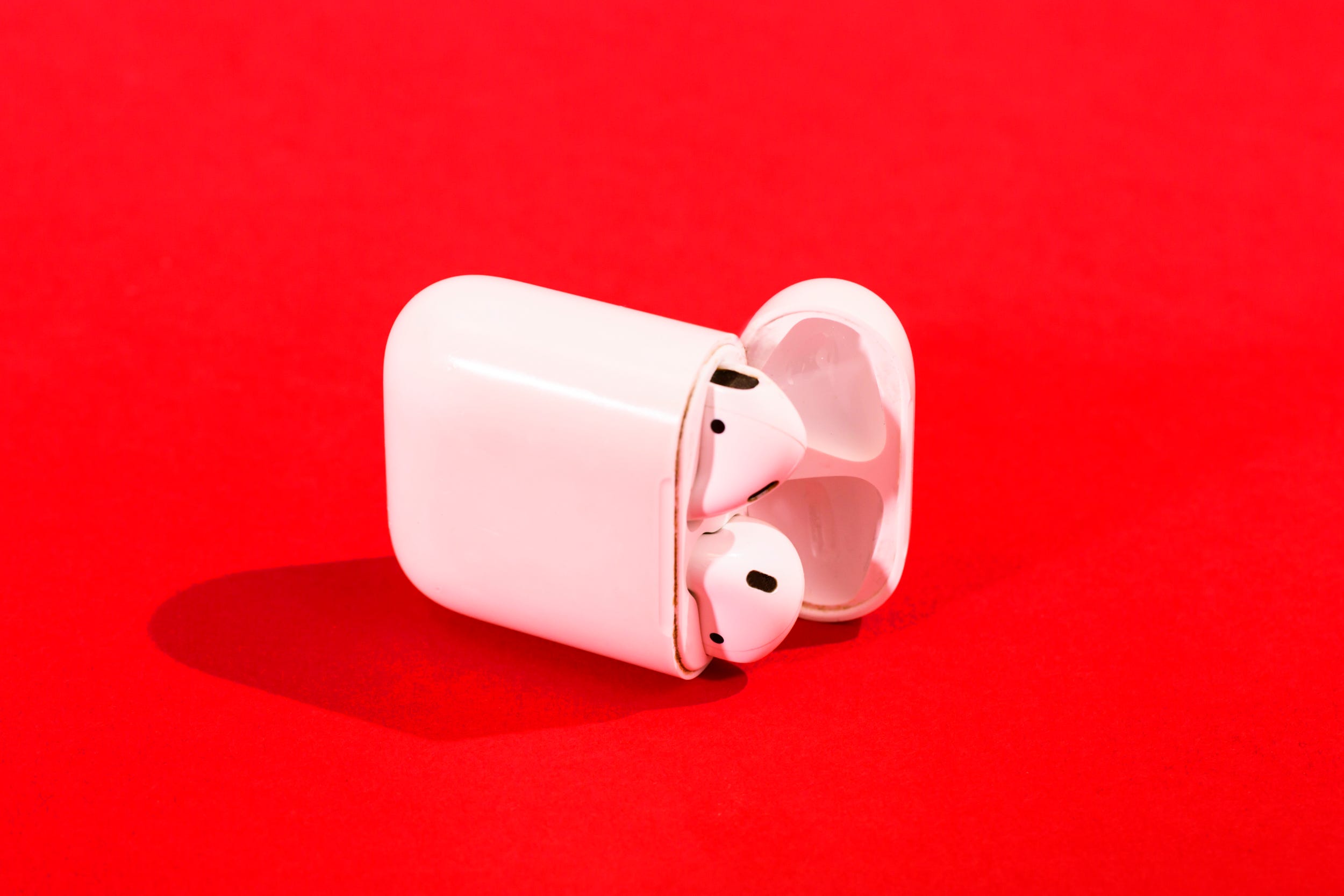 Ever notice how the case for your AirPods snaps shut with just a subtle flick? Or how the individual buds just seem to slip into place the moment you drop the earbuds’ stem into its corresponding slot?

Those details were very carefully thought-out during the design process, Jonathan Ive, Apple’s famed chief design officer, said in an interview with GQ. Here’s what he said to the outlet in reference to Apple’s approach when developing its AirPods:

” There is colour and form and the overall sort of architecture, but then those more difficult-to-define and concept behaviours, like the noise of a click and the force of a magnet that draws something closed. . . I mean, for example, one of the things that we struggled with was the way that the case orients the AirPod as you put them in. I love those details, that you’ve had no idea how fabulously we got that wrong, for so long, as we were designing and developing it.”

The way the iPhone 11’s shutter button turns into video recorder when you press and hold it. 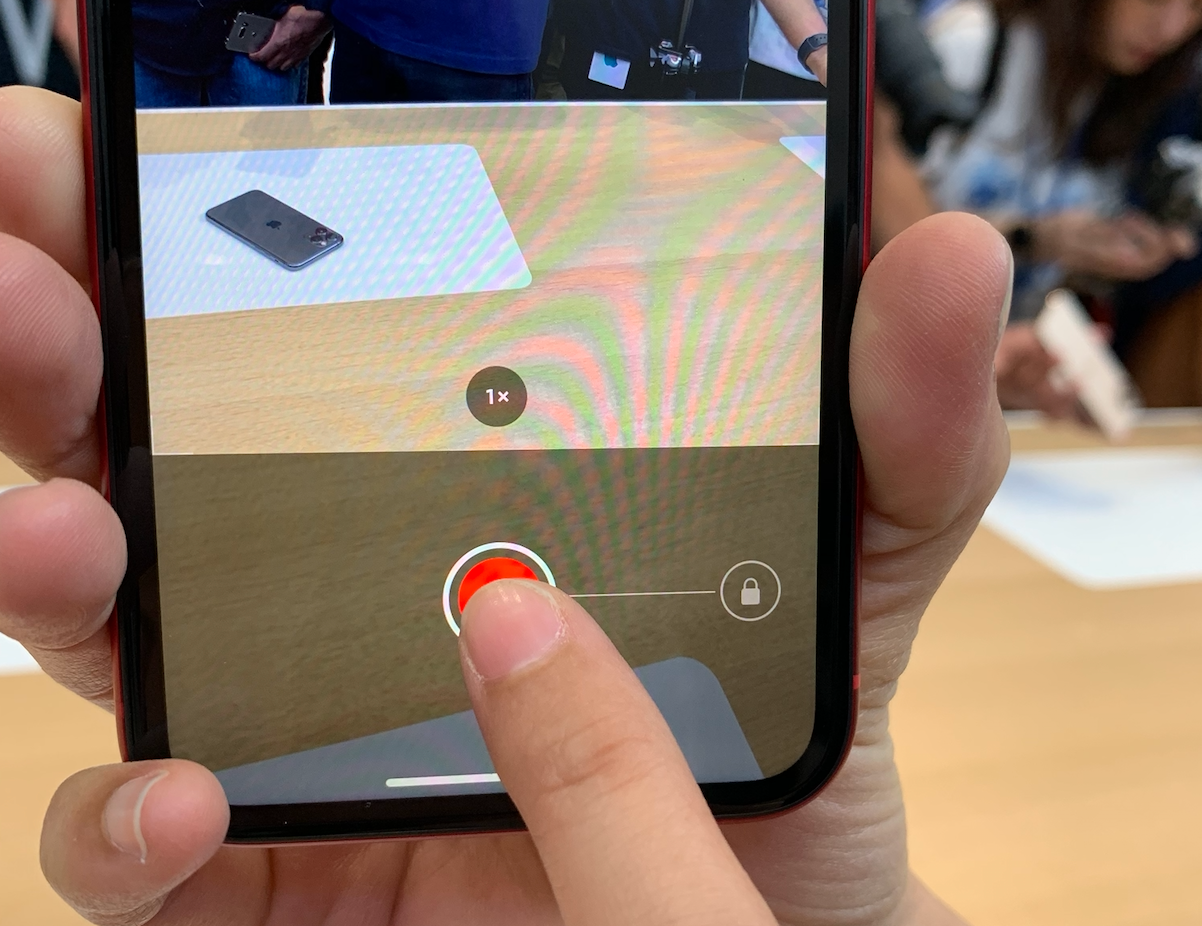 If you have an iPhone 11 or iPhone 11 Pro, you may have noticed a handy new camera feature called QuickTake, which automatically switches the camera from Photo mode to Video mode when the shutter button is held.

When you do this, you’ll also see that a lock icon automatically appears to the right of the shutter button. That makes it so that you can stay in video recording mode without keeping your finger on the button. It’s reminiscent of the way the slide-to-unlock logo on the iPhone’s old lock screen used to illuminate in the same direction in which you needed to swipe to unlock the phone, guiding you along the way. 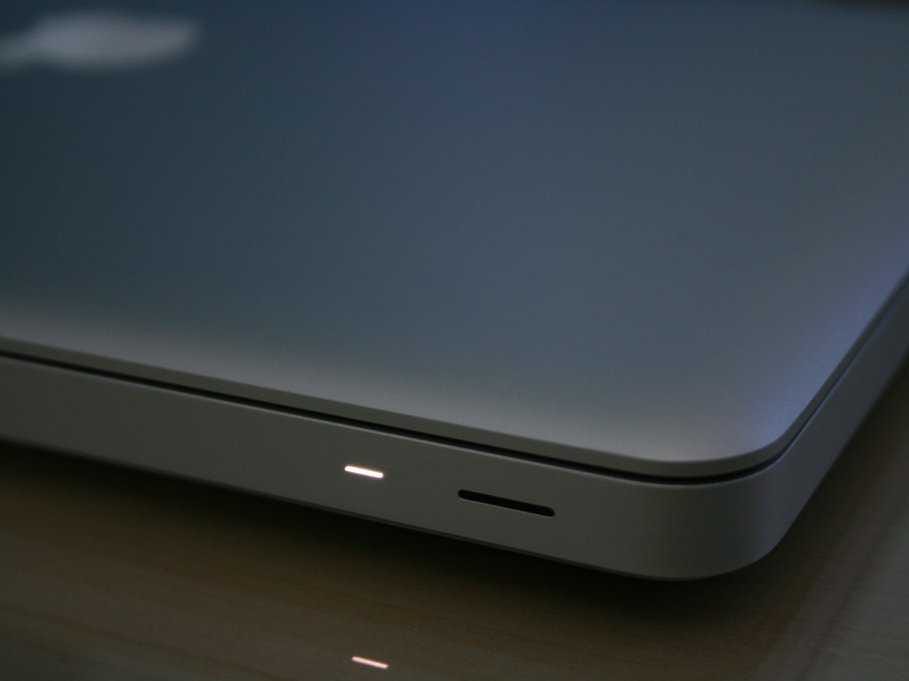 Apple has a patent dating back to 2002 for a “Breathing Status LED Indicator.” The patent describes a “blinking effect of the sleep-mode indicator [that] mimics the rhythm of breathing which is psychologically appealing.” 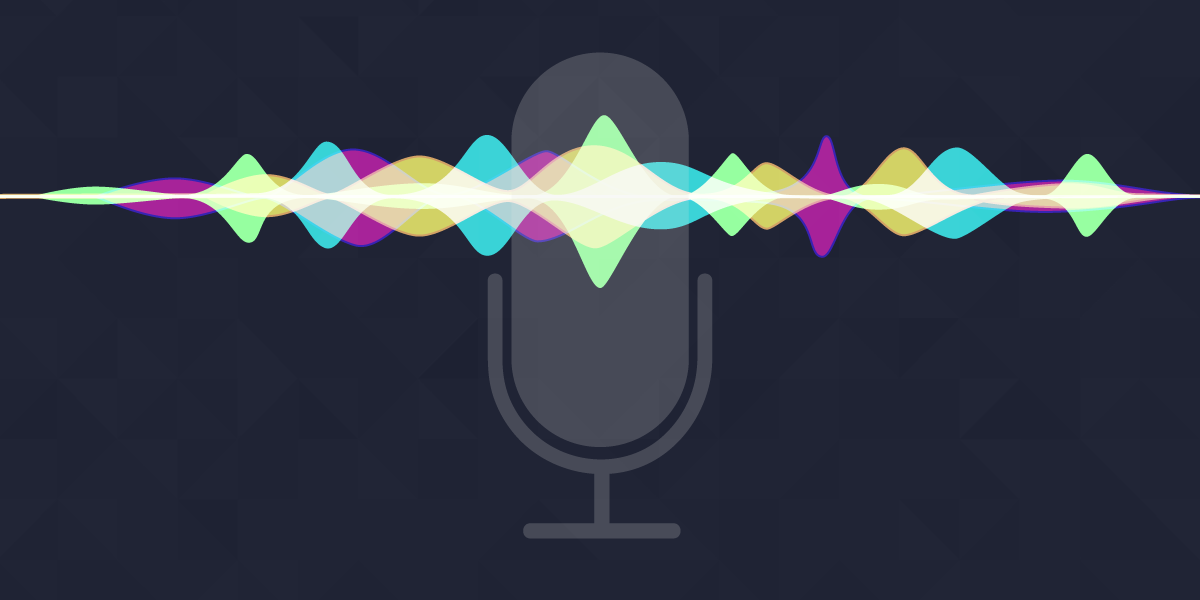 The flashlight icon that switches on and off:

Next time you use your iPhone’s handy flashlight function, take a closer look that icon after you tap it. The power switch on the tiny flashlight symbol in the Control Centre actually toggles on and off depending on whether the feature is in use.

The way your digital Apple Card will change colour based on your spending habits: 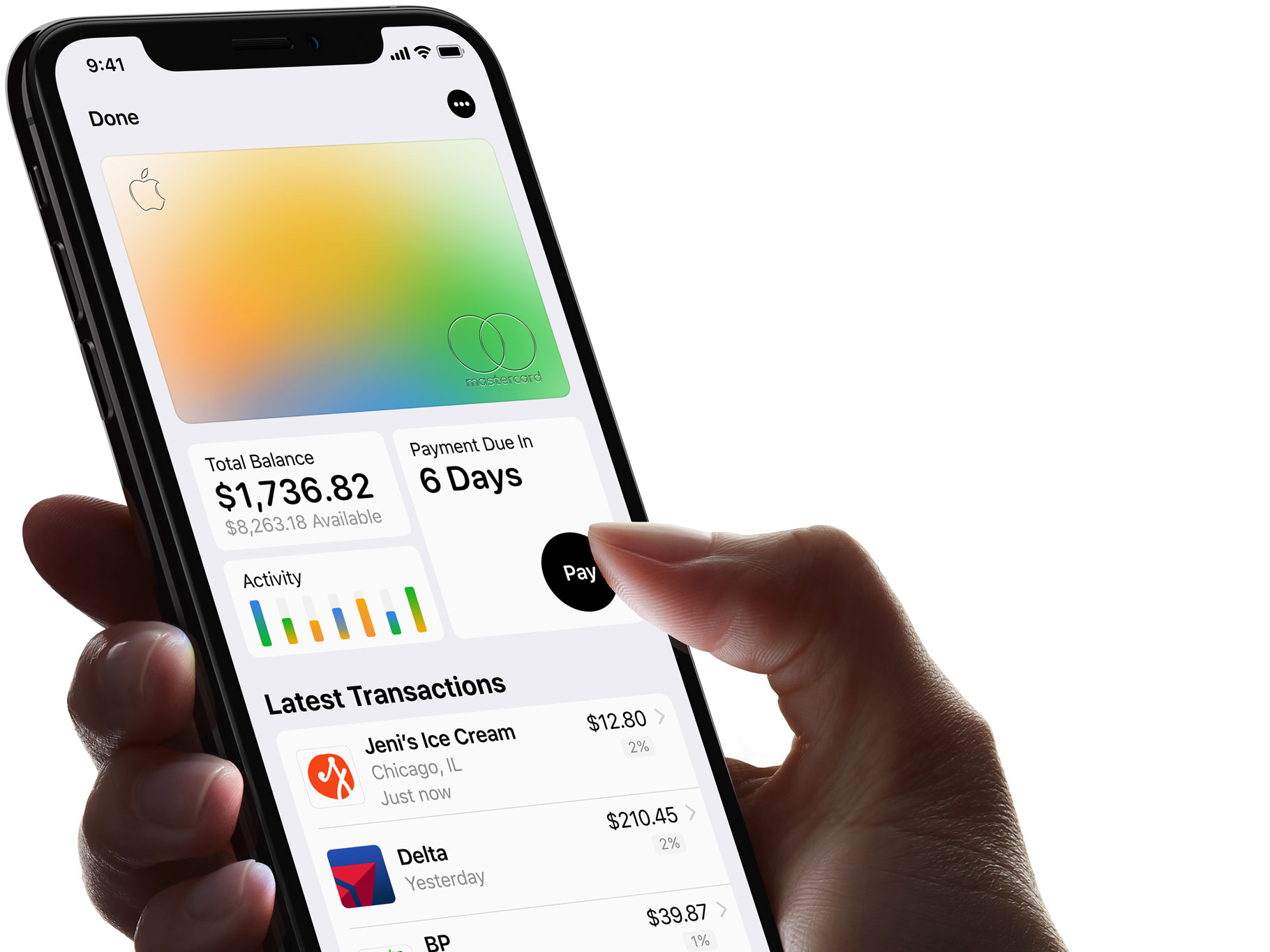 If you sign up for Apple’s soon-to-be-released credit card, you might notice that the digital version of the card changes colour every so often. That’s because the colours shown on the card are designed to match up with your spending habits.

Apple colour codes the purchases made on your Apple Card and organizes them in a graph. Food and drink purchases, for example, will appear as orange in the graph, while pink represents entertainment.

But those colours appear elsewhere besides the graph, too. The gradient colours on the card shown in the image above will change depending on what you’ve purchased. If you dined out more often than usual this month, for example, the digital card shown in the app might look more orange.

The way the glass canopies at Apple Park are slightly curved to deflect rain: 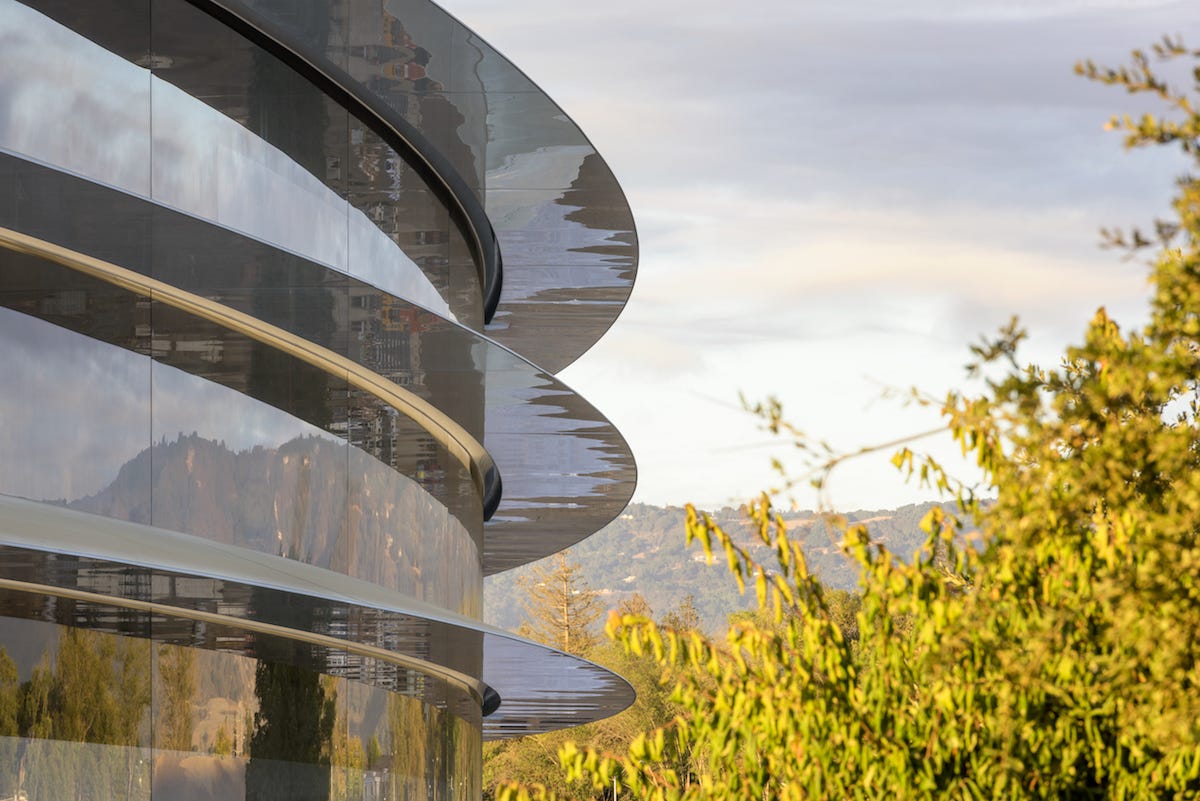 Apple’s new “spaceship” campus, which opened in 2017, is as big a testament to the company’s design prowess as any of its consumer products.

The company took great care to think through the details of the new campus’ appearance. Foster + Partners, the architecture studio the company hired for the project, as well as Apple’s designers intentionally curved the ring-shaped building’s glass canopies so that rain would roll off the surface, as Wired reported. That design ensures that water doesn’t pool on the glass and cause streaks.

“Imagine if you made that mistake, and so you had this building with miles of glass but it would be water-streaked because you didn’t get the design of the canopy right!” Apple’s Jony Ive said to Wired.

The blooming flowers on your Apple Watch: 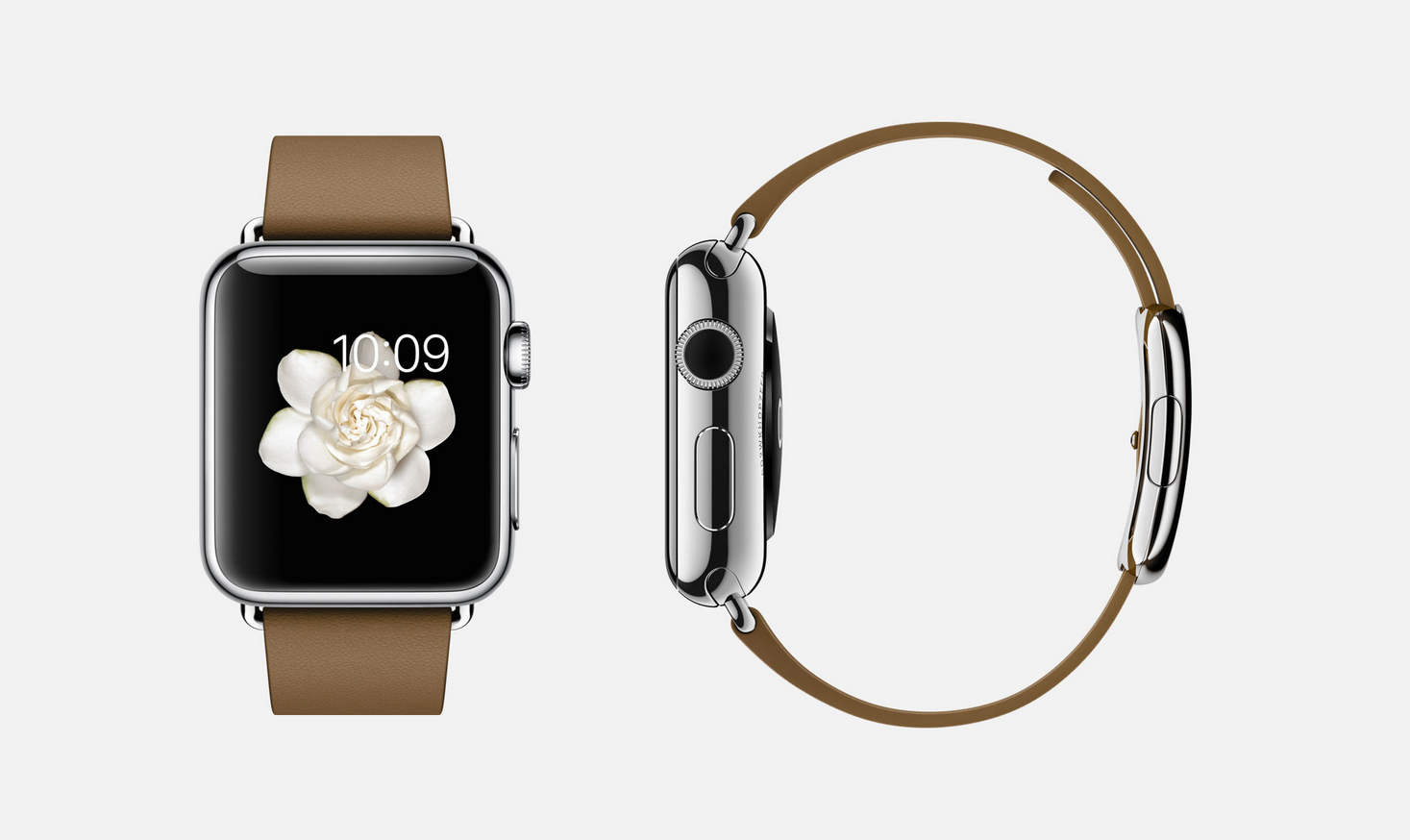 “I think the longest one took us 285 hours, and over 24,000 shots,” Alan Dye, Apple’s chief of human interface design,told Wired.

Apple used to have an Apple-shaped bookmark icon, or “favicon,” for saving your favourite websites. Before Apple removed the icon in later versions of Safari, it used to show only half of the Apple icon on the anniversary of Steve Jobs’ death, symbolizing Apple being at half-mast in remembrance. 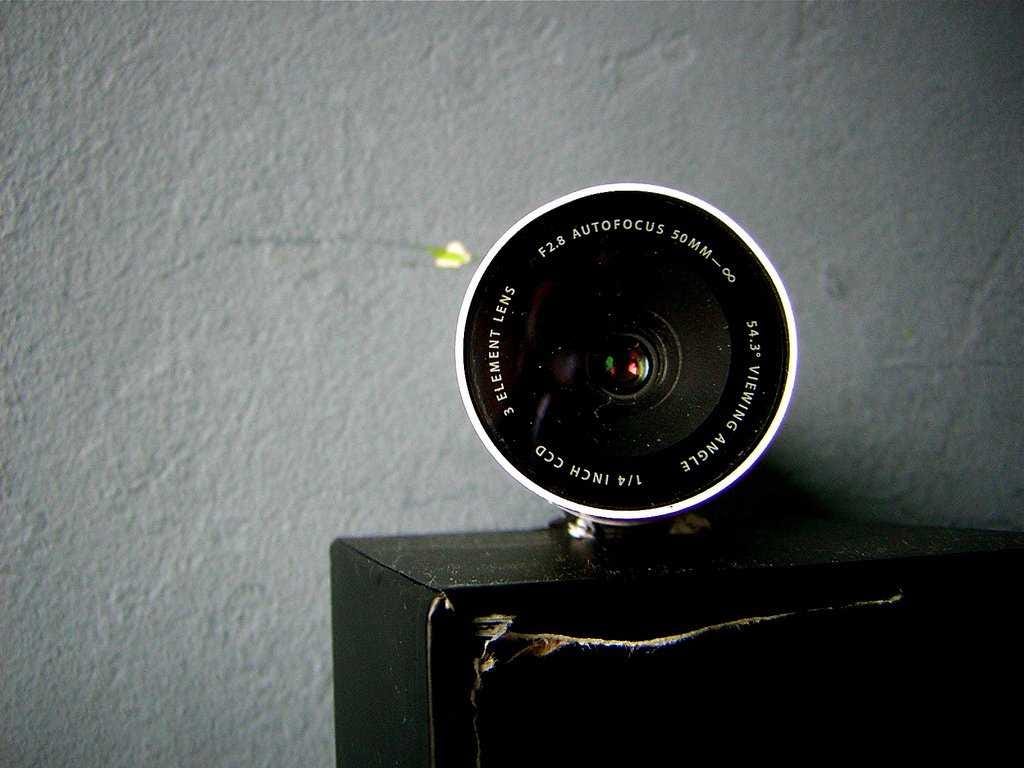 Before Apple integrated its iSight cameras into iMacs, older computers had a hidden magnet centered on top of the bezel. This magnet anchored the iSight perfectly atop the computer. A magnet on the iMac’s side bezel held an Apple remote in place too. In older versions of Apple’s iPhone operating system, people became so familiar with the “slide-to-unlock” gesture that Apple did away with the arrow entirely. Instead, the text on screen glimmered in the same motion, subtly guiding users to swipe in the correct direction.

Today, your iPhone’s lock screen encourages you to swipe up to unlock it.

The reason you only sometimes see accept or decline buttons when receiving a call on your iPhone: 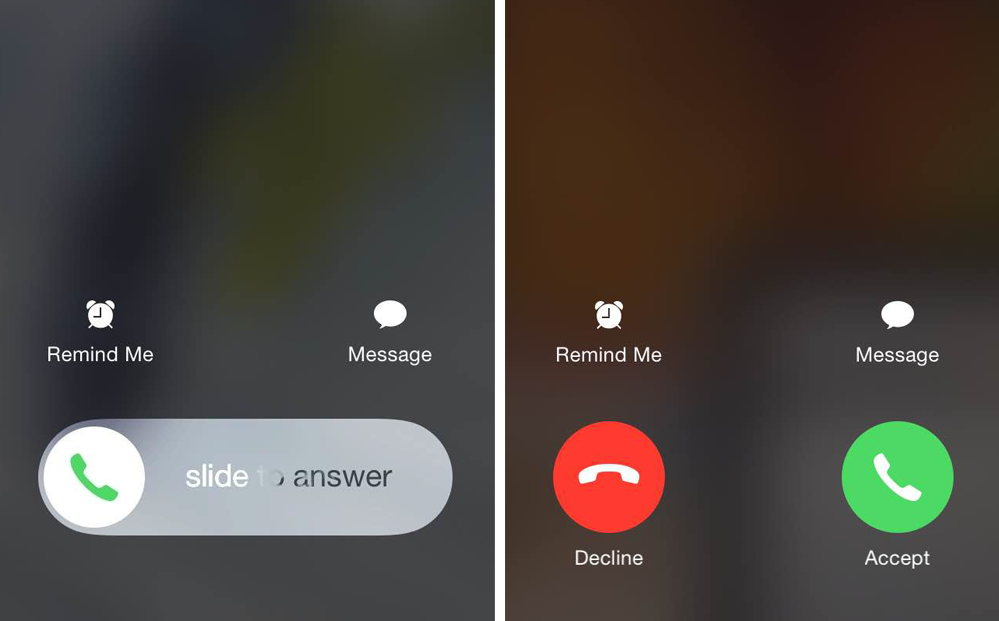 If you’re an iPhone owner, you may have noticed that you only sometimes see the accept and decline buttons when receiving a phone call. In some instances, you’ll be presented with a slider instead.

There’s a reason for that – Apple only shows you a slider when your iPhone is locked so that you can slide to unlock your phone while answering the phone call at the same time. 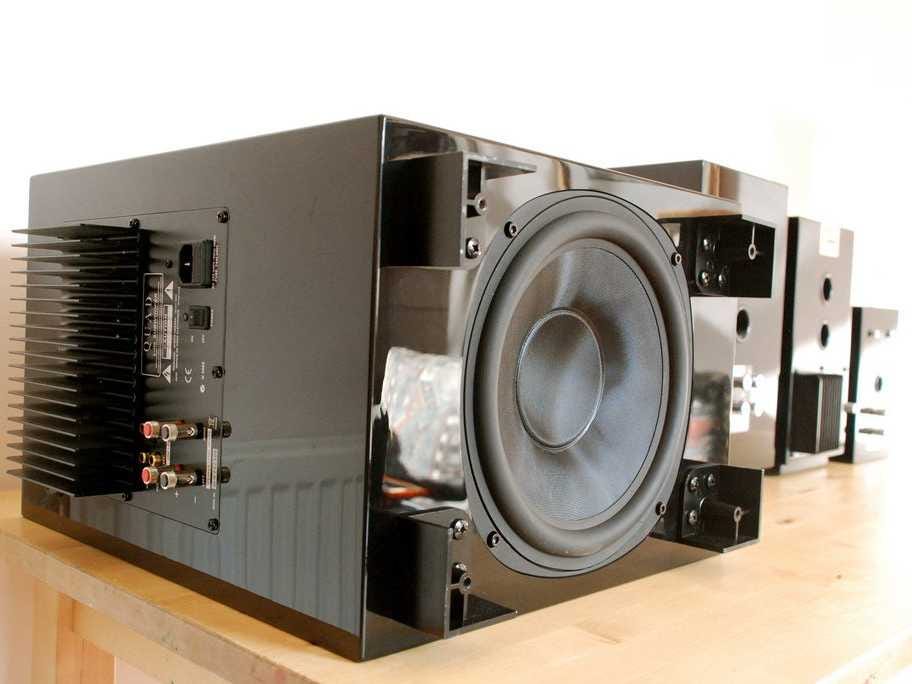 For audio and video professionals using optical adapters, Apple had integrated a high-fidelity Toslink output on older MacBook Pro models. As soon as you plugged in an optical adaptor, MacBook Pros would automatically switch over to Toslink, enabling higher-fidelity, high-definition sound.

But Apple had discontinued support for this feature in recent years, as MacRumors notes.

A tiny “Do Not Disturb” eclipse: 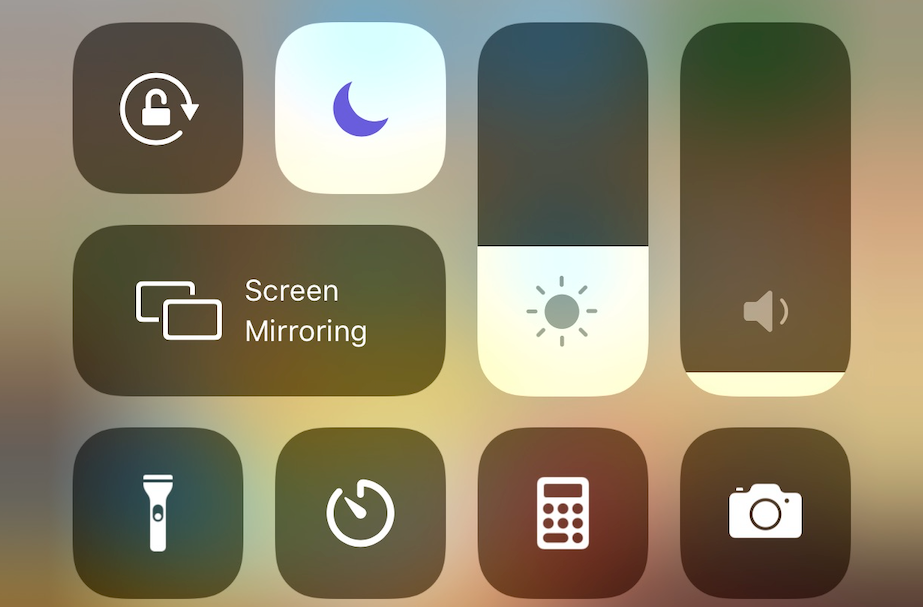 When you toggle the “Do Not Disturb” icon in the iPhone’s Control Centre, a tiny eclipse animation happens right before your eyes.

The next time you adjust the brightness or volume on your iPhone using the Control Centre, notice how the dials bounce in response to your touch.

The way the Apple Watch’s straps click into place so they’re easy to change: 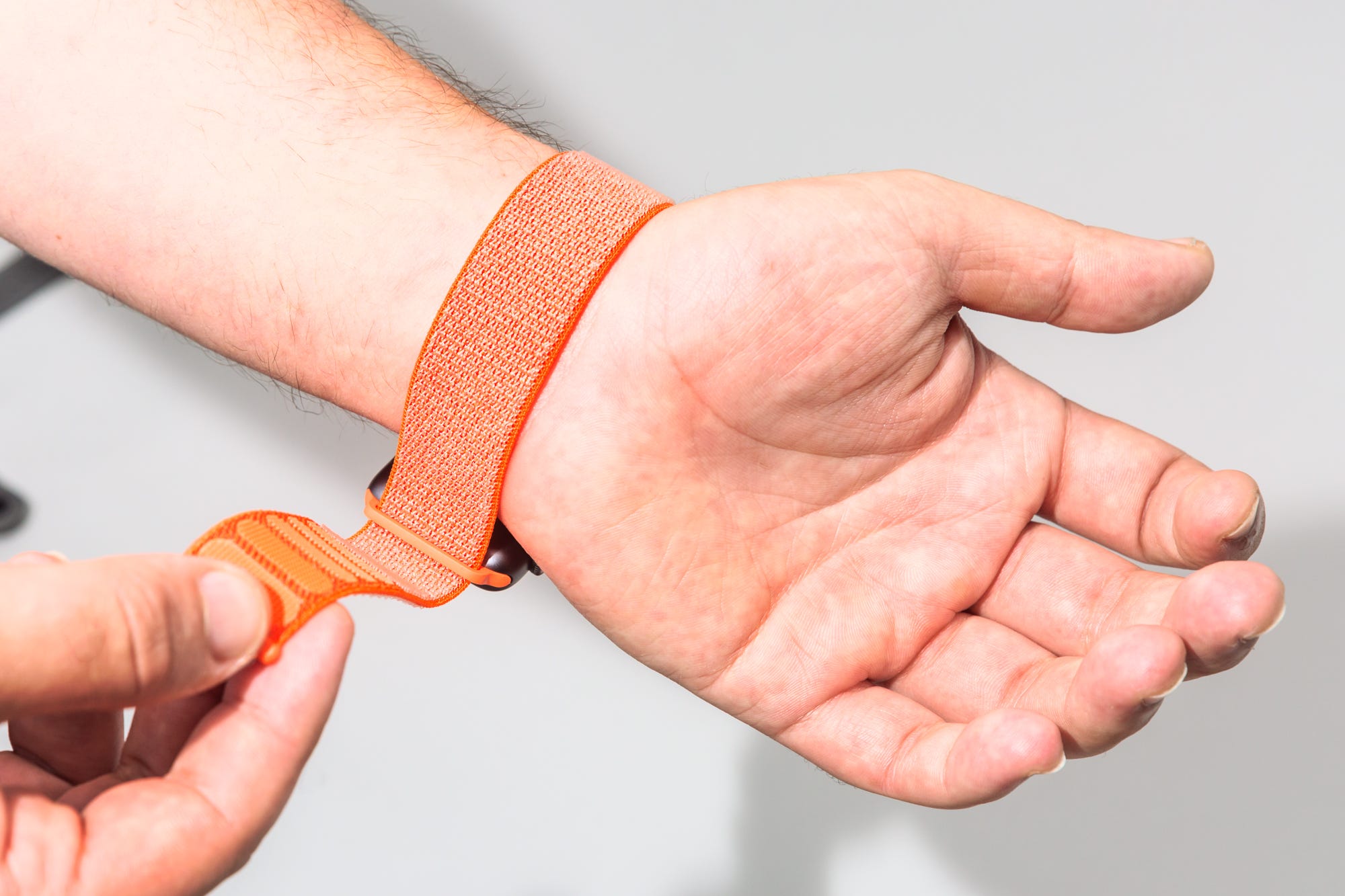 It took Apple’s chief designer Jony Ive a whole year to decide that the Apple Watch’s straps should click into place, according to The New Yorker. This makes it easier to swap out the watch bands: all you have to do is apply the right amount of pressure to remove the band from the watch’s casing. 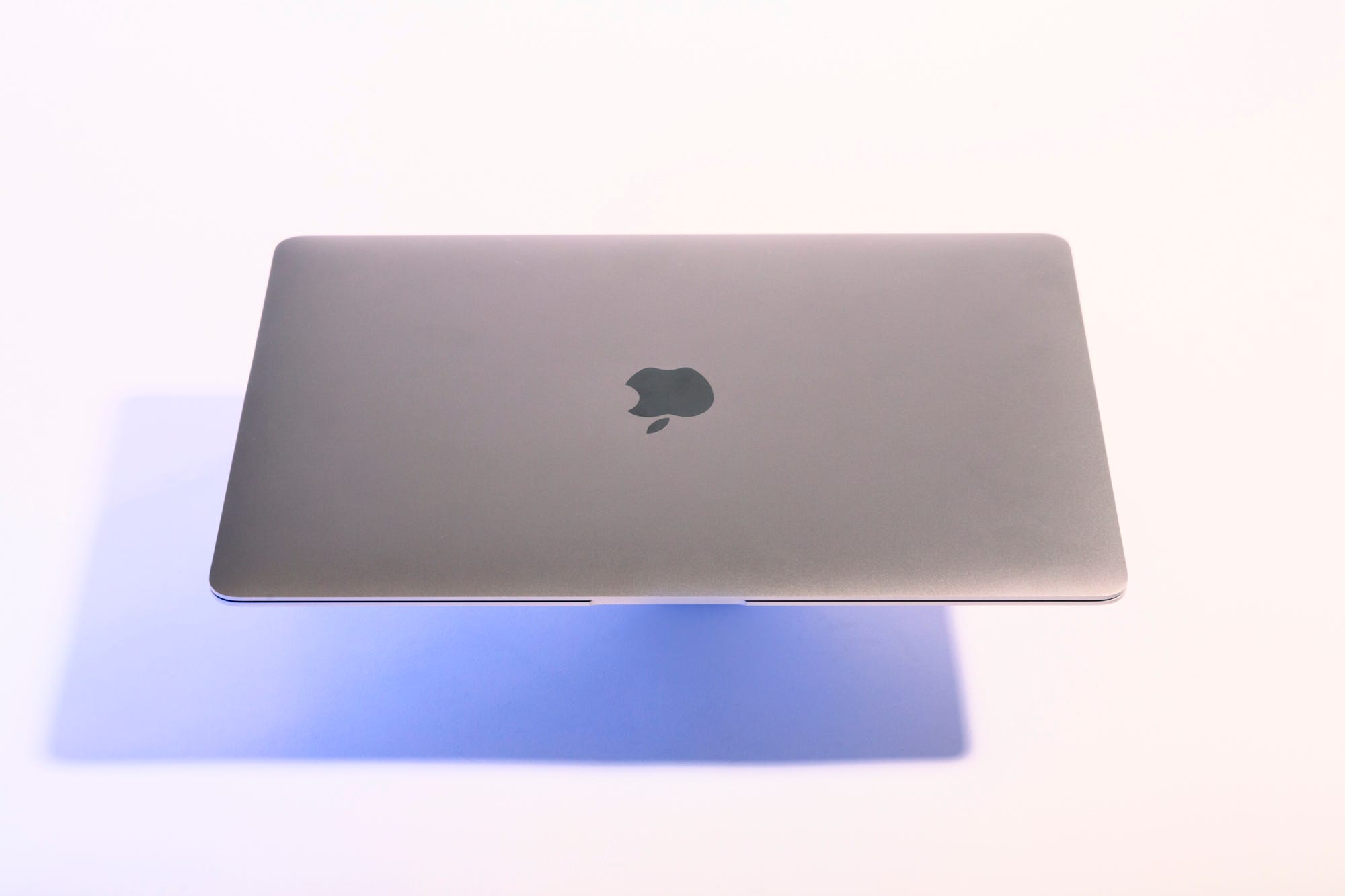 Apple designs its laptops so they can be opened with just one finger, thanks to that special groove on the front lip.

The floating jellyfish on your Apple Watch: Apple went to great lengths to create the jellyfish watch face that comes preloaded on your Apple Watch. Like the blooming flower, the jellyfish background was composed from a series of footage that Apple shot – not computer-generated images. Apple built a tank in its studio and shot a variety of species at 300 frames per second to get those images, according to Wired.

In iOS 6, Apple included virtual “reflections” that made the knobs on the volume and brightness sliders appear to subtly change as you tilted your phone, as they would in real sunlight. 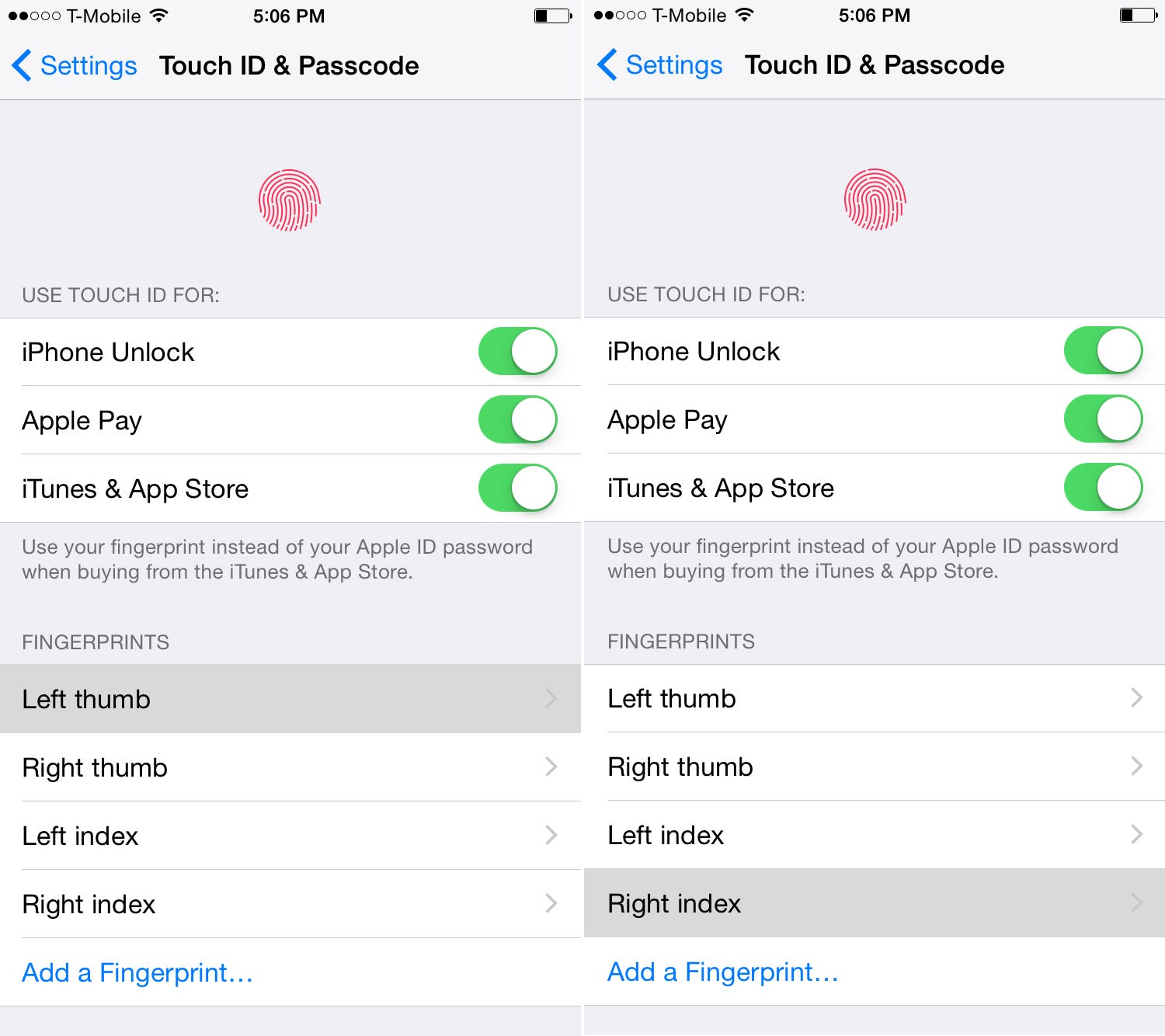 If you want to add or delete a fingerprint from your iPhone’s Touch ID storage, Apple makes it easy to identify which fingerprints you have saved by highlighting the relevant one when you place a finger on the home button.

Bonus tip: If you notice your iPhone doesn’t recognise your fingerprint after washing your hands, showering, or when it’s raining out and your hands are wet, you can actually add a wet fingerprint to the database to remove that issue. 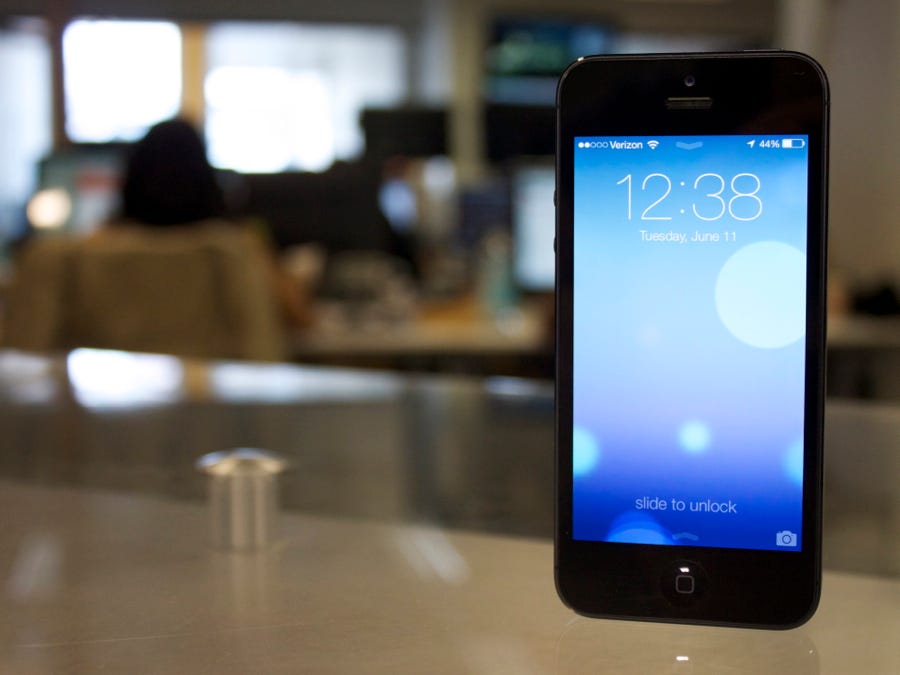 The astronomy watch face on your Apple Watch: 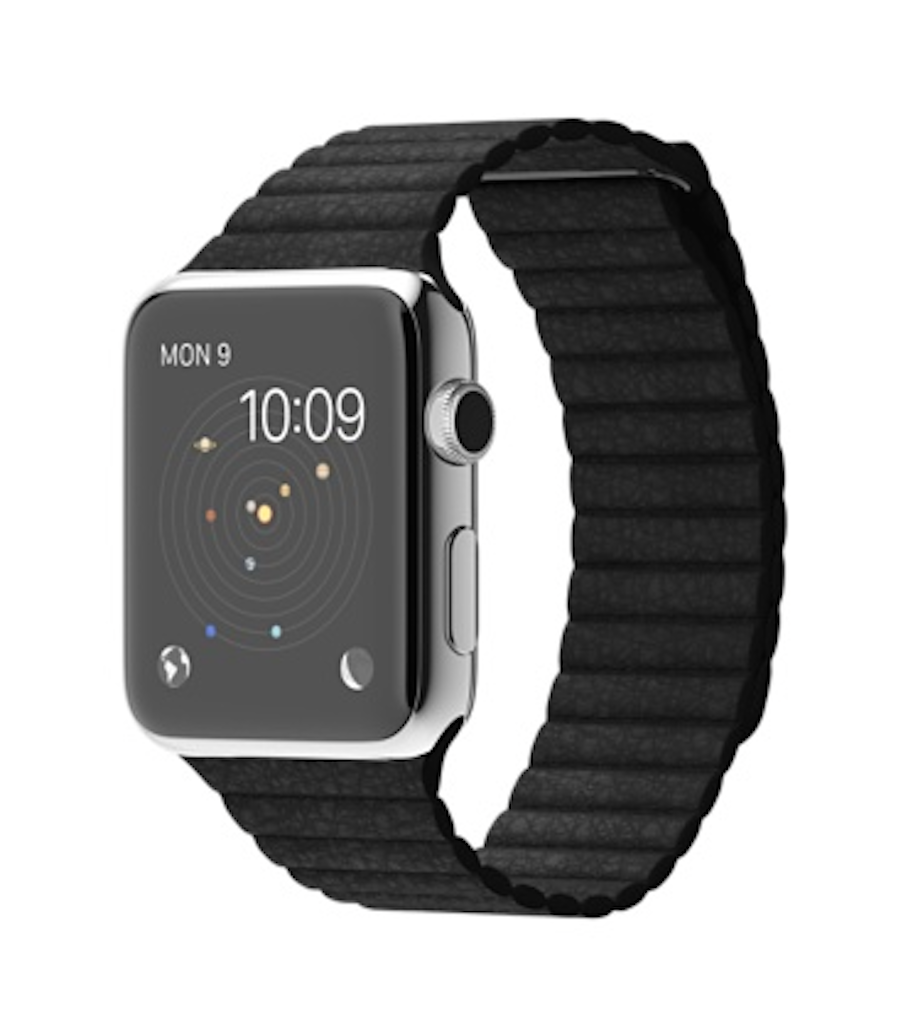 The Apple Watch also comes with another intricately designed watch face called Astronomy. As its name implies, you can choose to have the sun, the Earth, or the planets in the solar system as your Apple Watch’s wallpaper.

What makes this watch face so impressive, though, is that the watch actually shows exactly where you are in the world at all times with a subtle glowing green dot. The Astronomy watch face also shows you the position of the sun, the Earth, and the planets as they are at the current time. You can even flip the digital crown to see where the planets and the sun were aligned days, weeks, and even years in the past and future.

The copy and paste gesture in the new iPadOS: The gestures are meant to mimic the motion of picking something up and putting it back down, making it easy to remember.

Why it looks like the screen on your Apple Watch has no borders: 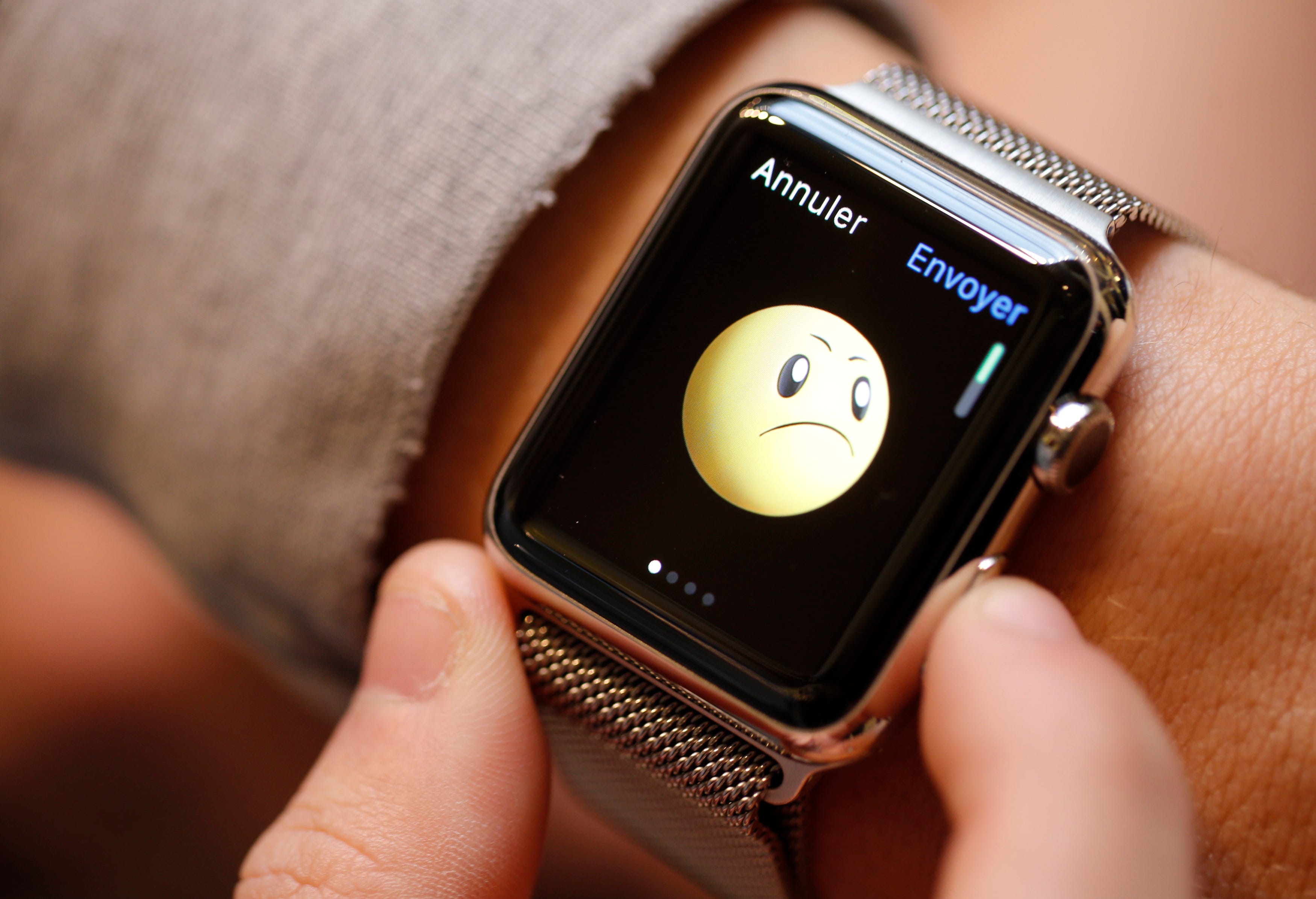 Reuters/Christian HartmannA customer tries on an Apple Watch at an Apple Store in Paris, France.

If you own an Apple Watch, you may have noticed that the screen sort of looks like an infinity display. The flowers, jellyfish, and butterflies that come as optional watch faces almost look as if they’re floating on screen.

That’s no coincidence – it’s the Apple Watch’s OLED screen that makes this visual effect possible. Apple’s design chief Jony Ive said in 2015 that the Apple Watch’s screen uses a deeper black than that of the iPhone’s screen to create that illusion, according to The New Yorker. Back then, Apple did not sell iPhones with OLED screens as it does today with the iPhone X family and onward.

The wall panels at the Apple Store that are both matte and reflective: 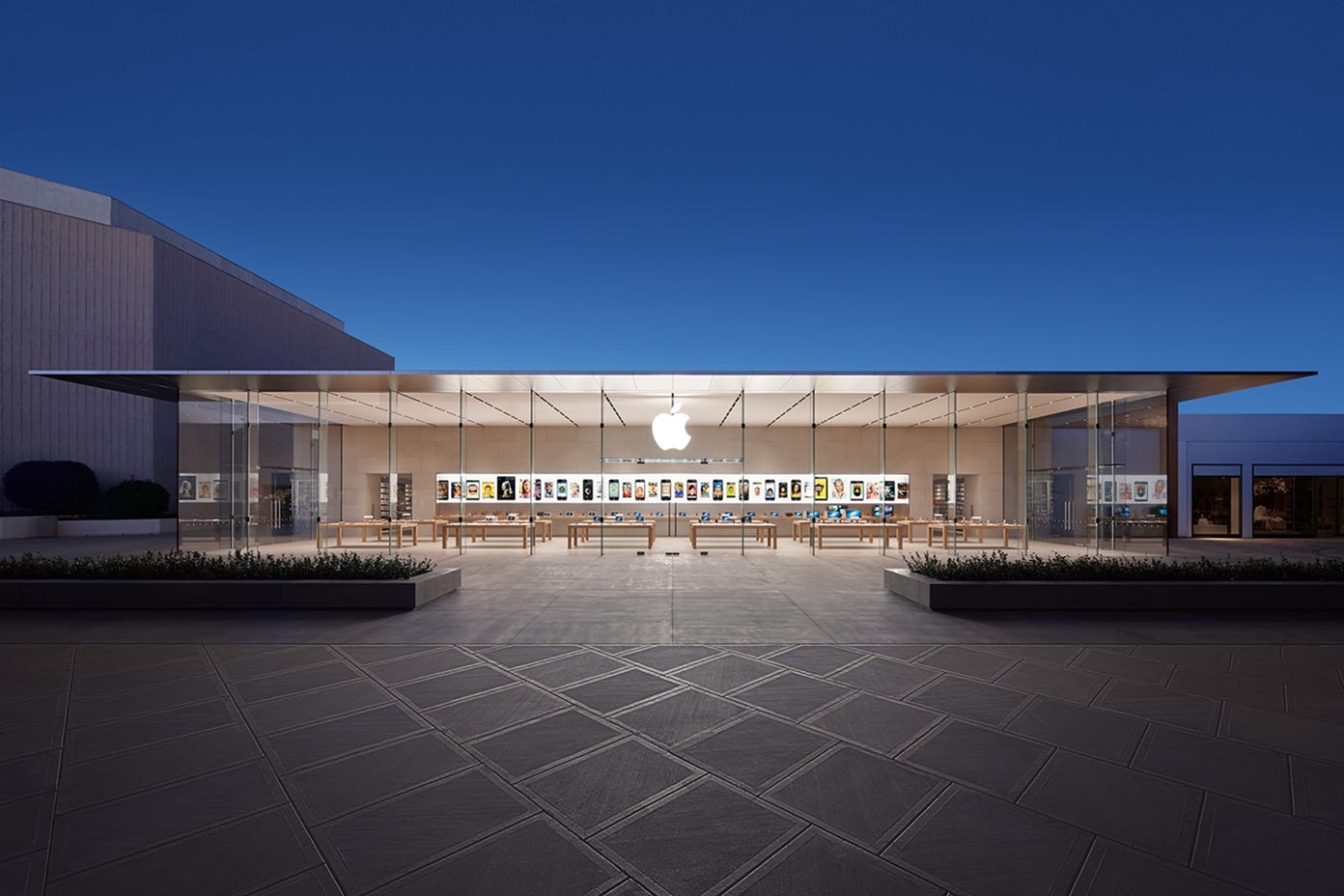 Jobs was famously a stickler for the details, and that extended to the Apple Store as well. When speaking to Bloomberg in 2014, Apple Store designer Tim Kobe discussed how the stainless steel wall panels that first appeared at the Apple Store in Stanford, California took three months to develop.

“We were trying everything we could think of, and Steve kept rejecting it, rejecting it,” Kobe told Bloomberg. “So we finally decided to do the most impossible thing: Make a matte surface reflective.” 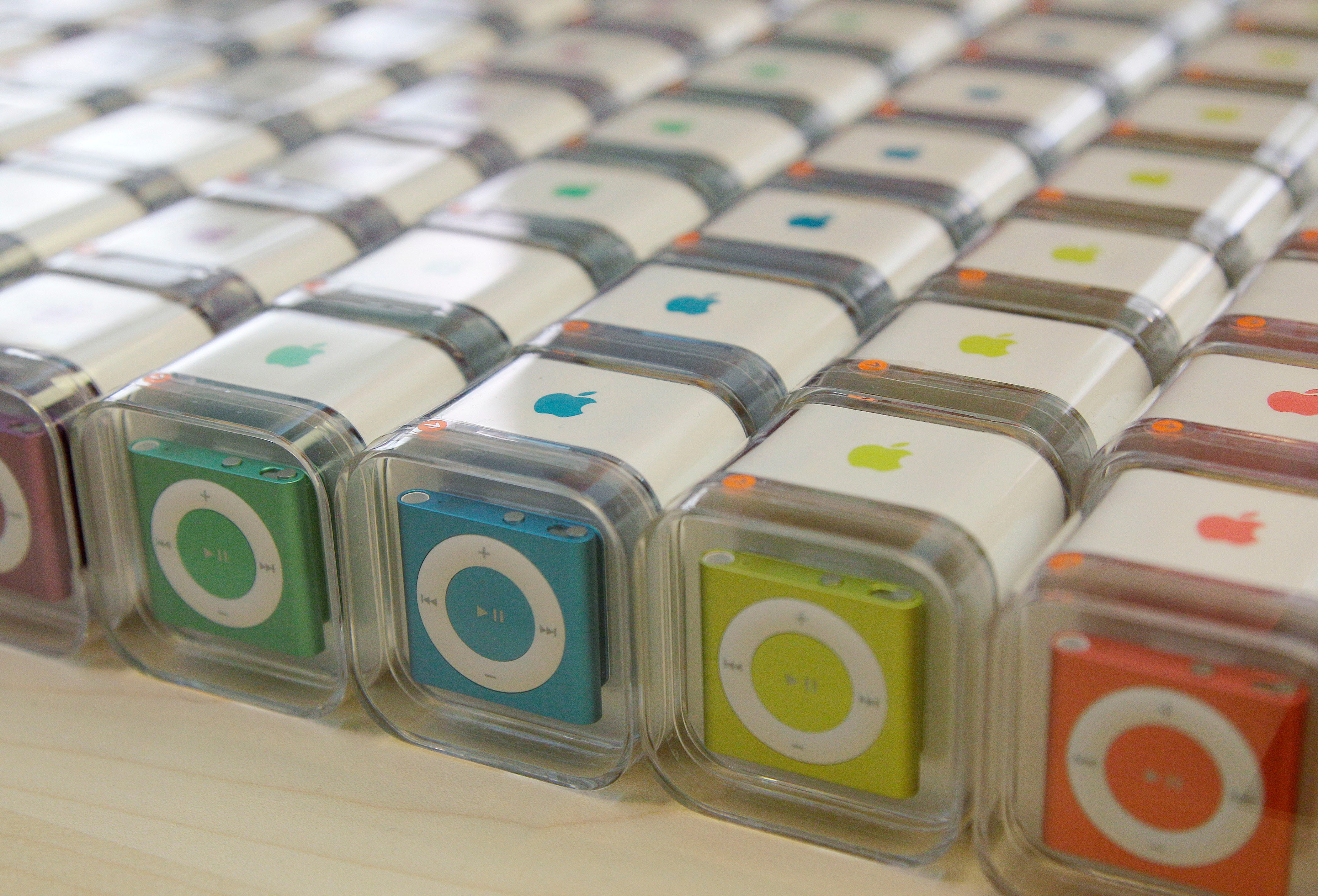 Apple went to great lengths to make sure the iPod’s packaging was simple for customers to figure out. The company even had an “iPod unboxing room” in which a designer would sit and open hundreds of different types of boxes to decide which packaging would work best. That’s according to Adam Lashinsky ‘s book “Inside Apple: How America’s Most Admired – And Secretive – Company Really Works,” which Wired reviewed around the time of its launch.

“One after another, the designer created and tested an endless series of arrows, colours, and tapes for a tiny tab designed to show the consumer where to pull back the invisible, full-bleed sticker adhered to the top of the clear iPod box,” the book says. “Getting it just right was this particular designer’s obsession.”

Steven Tweedie contributed to an earlier version of this article.