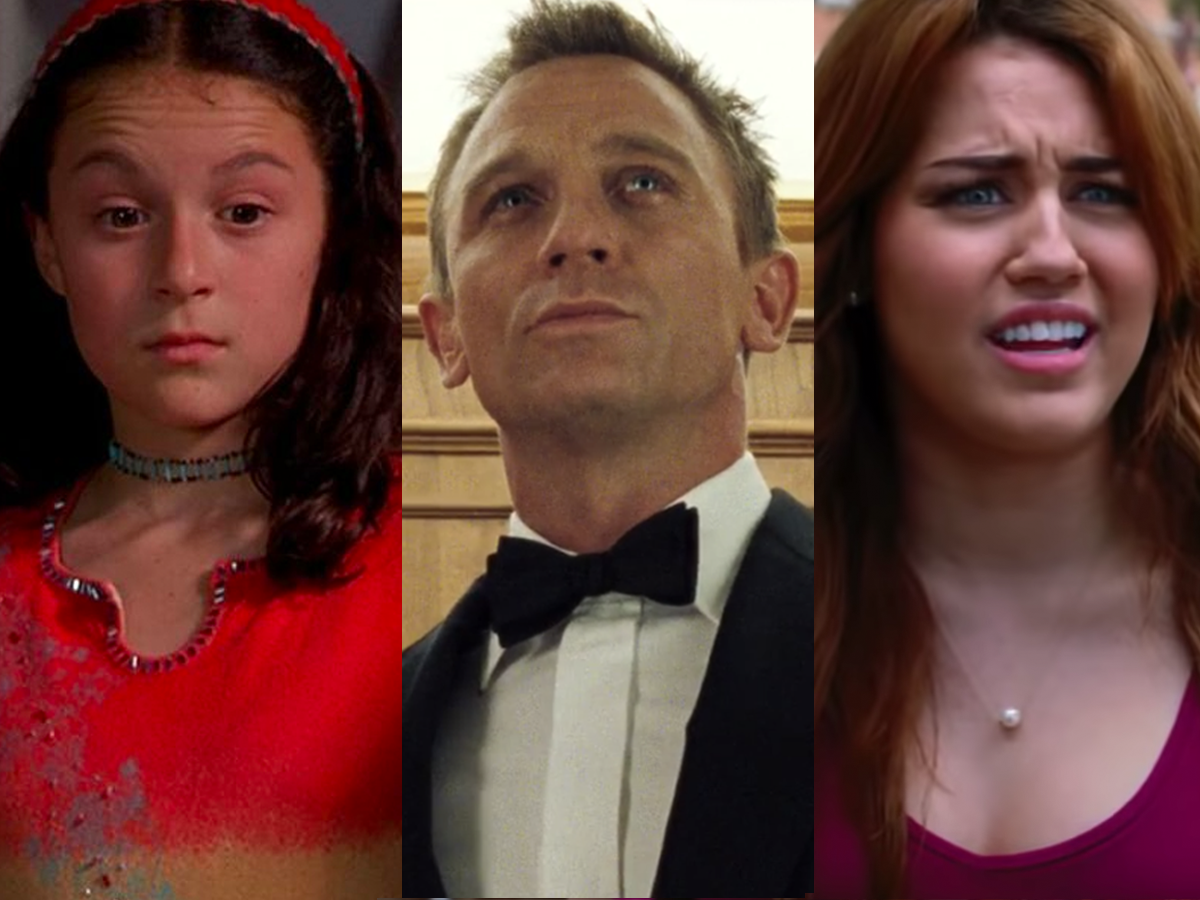 Spies can be found in almost every movie genre, from tightly wound thrillers to laugh-out-loud comedies.

Looking at critic scores from Rotten Tomatoes, Insider took a closer look at which movies about spies are worth watching and which you may want to skip.

Read on for some of the best and worst spy films of all time.

“The Spy Gone North” (2018) impressed critics and kept them on the edge of their seats. 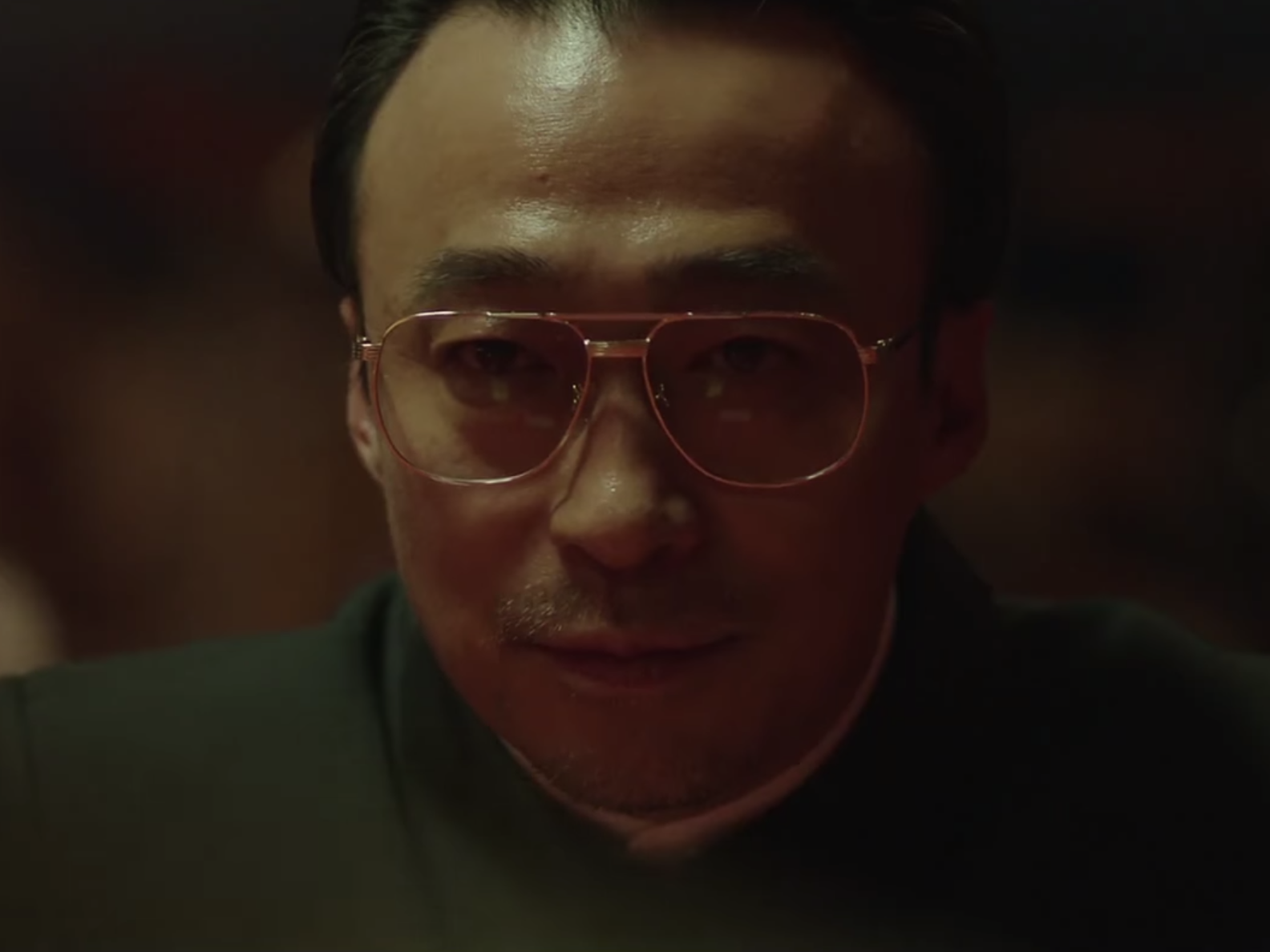 Critics were collectively blown away by the stylised thriller, which was originally titled “Gong Jak,” giving particular praise to its intelligent script and thematic intrigue.

“This well-crafted work deserves to be seen for its thorough account of intricate workings of secret service and political skullduggery,” critic Maggie Lee wrote for Variety.

“Mission Impossible: Fallout” (2018) proved to be the best-reviewed entry in the series yet. 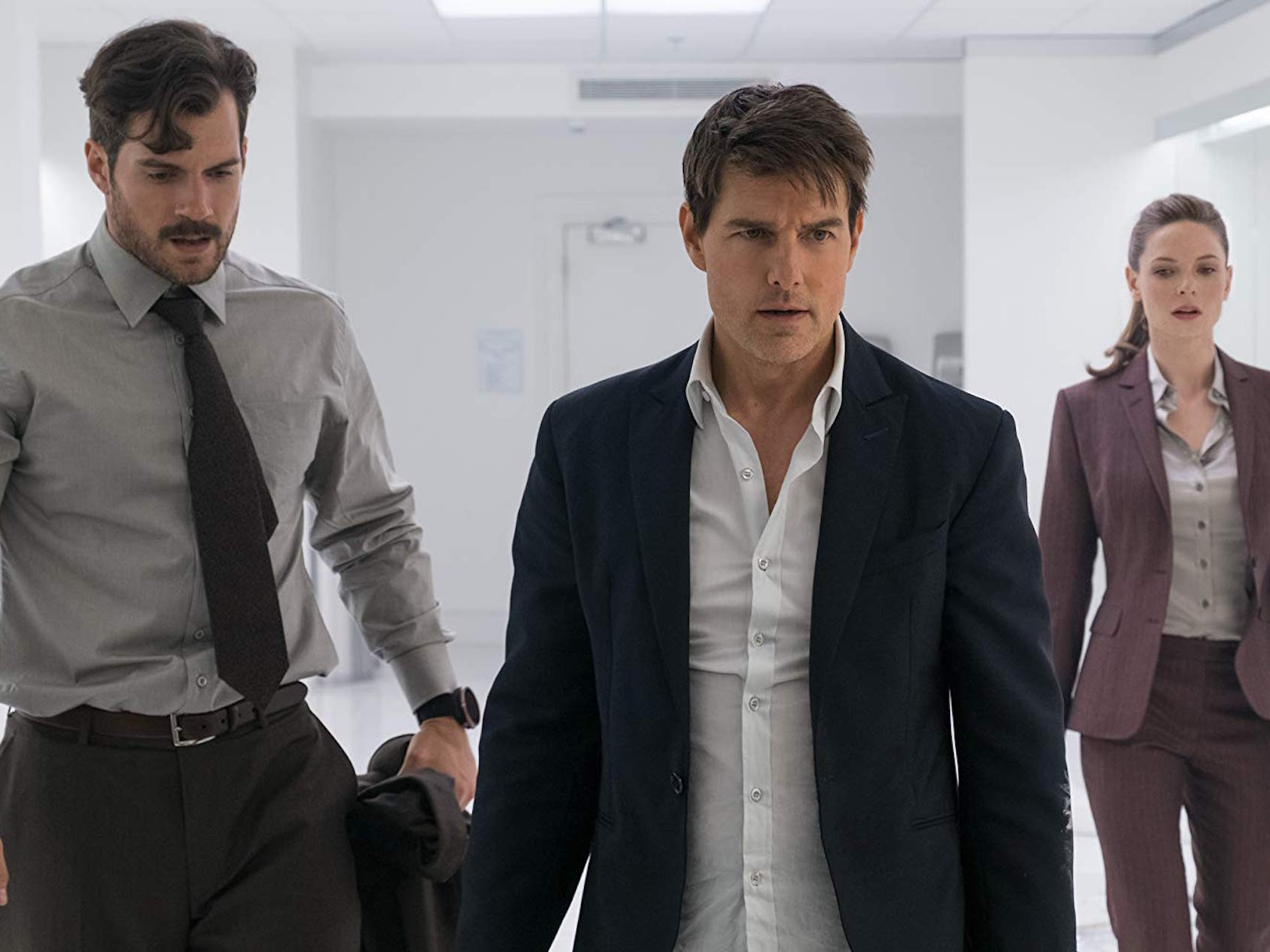 In the sixth instalment of the “Mission Impossible” franchise, international agent Ethan Hunt (Tom Cruise) reunites with his mission team and races against time to reclaim three plutonium cores after they fall into the wrong hands.

“The thought crosses the mind: Where can it go from here?”Mick LaSalle asked in his review for the San Francisco Chronicle. “The answer is pretty much everywhere. It keeps on going and going, following one exciting sequence with another and then another.” 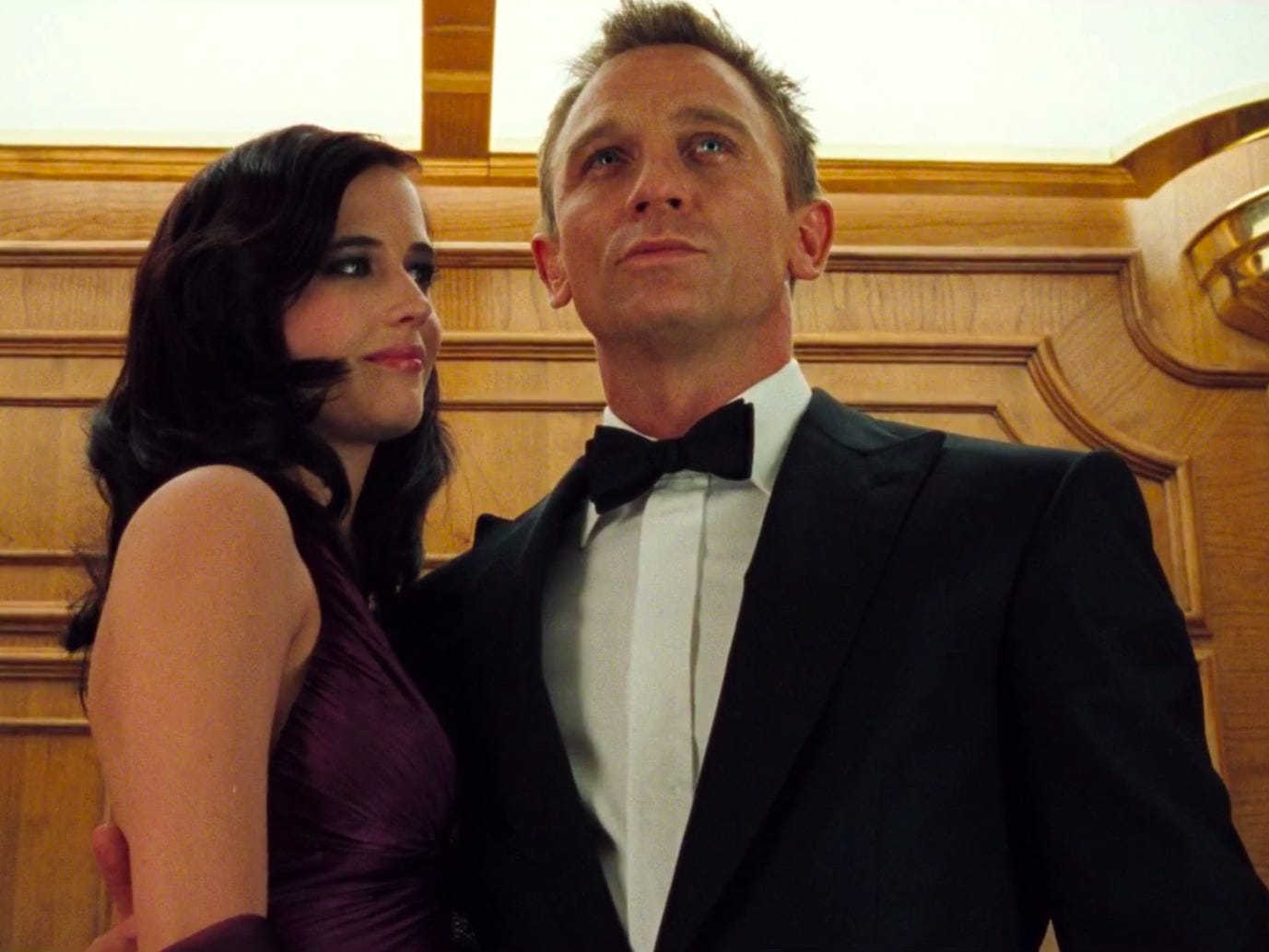 When James Bond (Daniel Craig) has the opportunity to take down Le Chiffre (Mads Mikkelsen), the private banker of a terrorist collective, the British agent gathers intel for a high-stakes poker game in Montenegro.

“Casino Royale” impressed critics after a noticeable lull in the James Bond franchise, filling in the gap with a remarkable turn from Craig.

“‘Casino Royale’ takes us back to basics,” Wendy Ide wrote in her review for the Times. “To a leaner production and to a Bond who looks like he can do serious damage.”

Critics couldn’t get enough of Melissa McCarthy in “Spy” (2015). 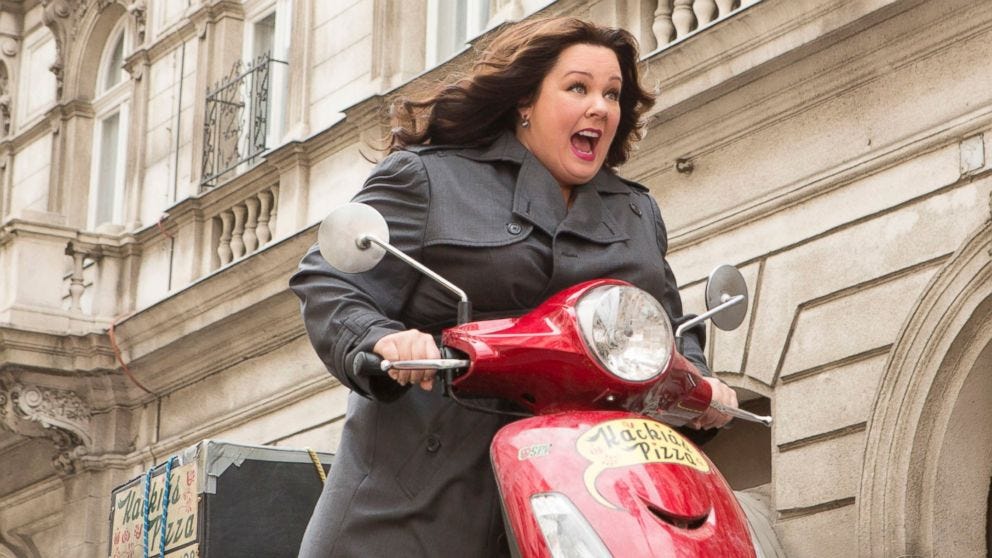 In the comedy “Spy,” analyst Susan Cooper (Melissa McCarthy) is forced to step into the field when an arms-dealing heiress (Rose Byrne) exposes the identity of the CIA’s top agents.

Propelled by jokes and endless physical comedy courtesy of McCarthy, “Spy” earned a big round of laughs from pleased critics.

“‘Spy’ is a hilarious comedy that knows how to make fun of James Bond movies without falling into the dangerous routine of using gags as its only narrative engine,” wrote Mikel Zorrilla for Espinof.

Critics called “The Lives of Others” (2006) an insightful and intelligent drama. 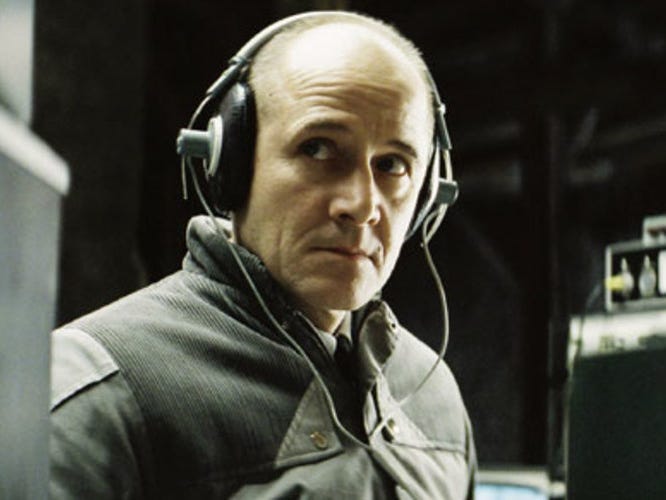 Sony Pictures ClassicsUlrich Mühe in ‘The Lives of Others.’

“The Lives of Others” is a political drama that takes place before the fall of the Berlin Wall. Tasked with spying on a German playwright, Captain Gerd Wiesler (Ulrich Mühe) soon becomes emotionally invested in his target’s life.

Artfully constructed and intense beyond belief, “The Lives of Others” earned high praise from critics across the board.

Writing for theChicago Sun-Times, critic Roger Ebert described “The Lives of Others” as a “powerful but quiet film, constructed of hidden thoughts and secret desires.”

“Spy Kids” (2001) easily set itself apart from other family films. 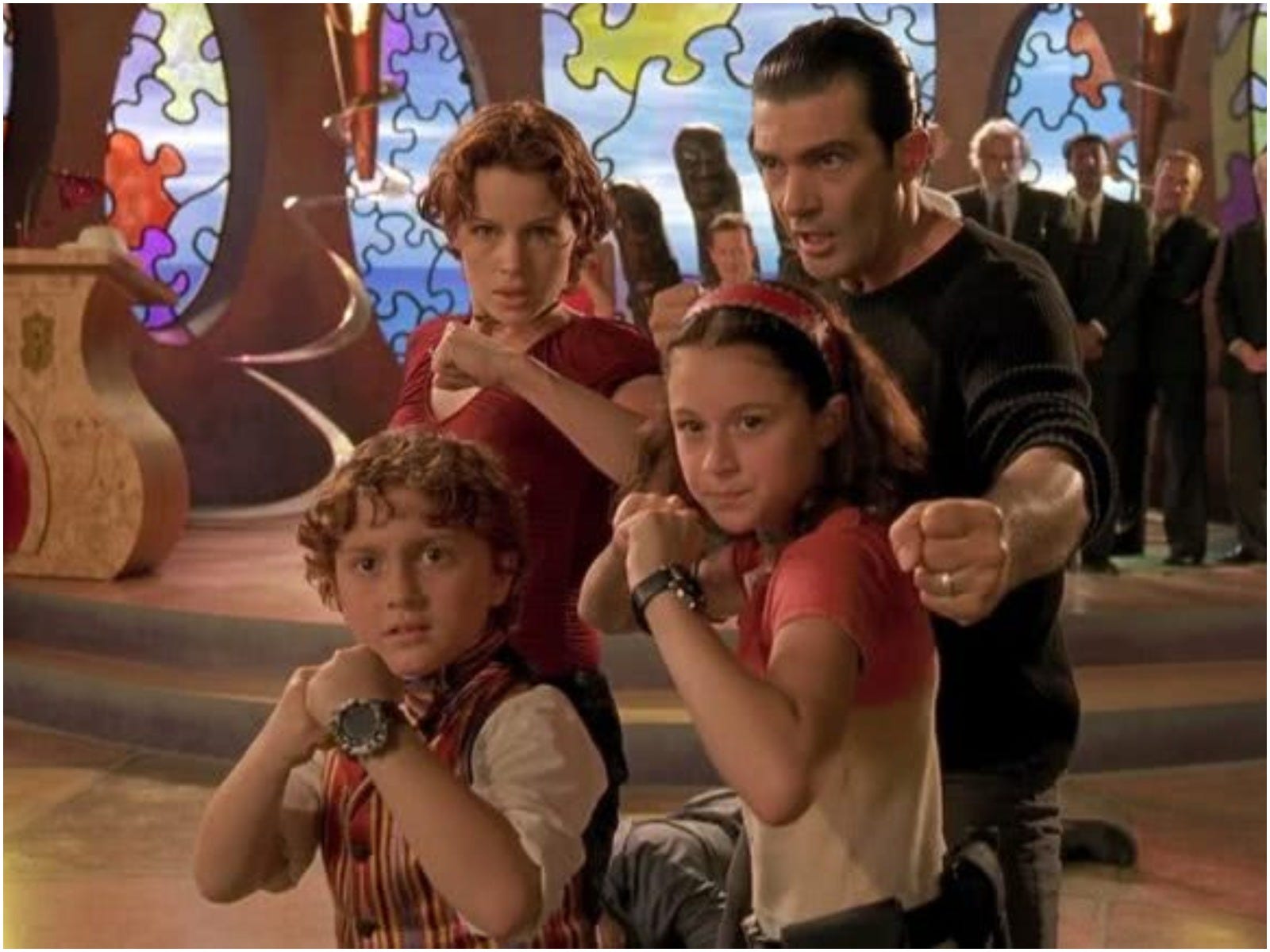 After former secret agents Gregorio (Antonio Banderas) and Ingrid Cortez (Carla Gugino) vanish without a trace, their kids,Carmen (Alexa PenaVega) and Juni (Daryl Sabara), take it upon themselves to rescue them.

Most critics viewed “Spy Kids” as a creative, action-packed family film that benefited from a healthy dose of director Robert Rodriguez’s inventive humour.

“‘Spy Kids’ is no doubt the very film that Rodriguez wishes he could have seen as a kid and that he’s now determined to give his own children,” B. Ruby Rich wrote for The Nation.

Reviewers said “The Bourne Ultimatum” (2007) was the perfect mix of action and intrigue. 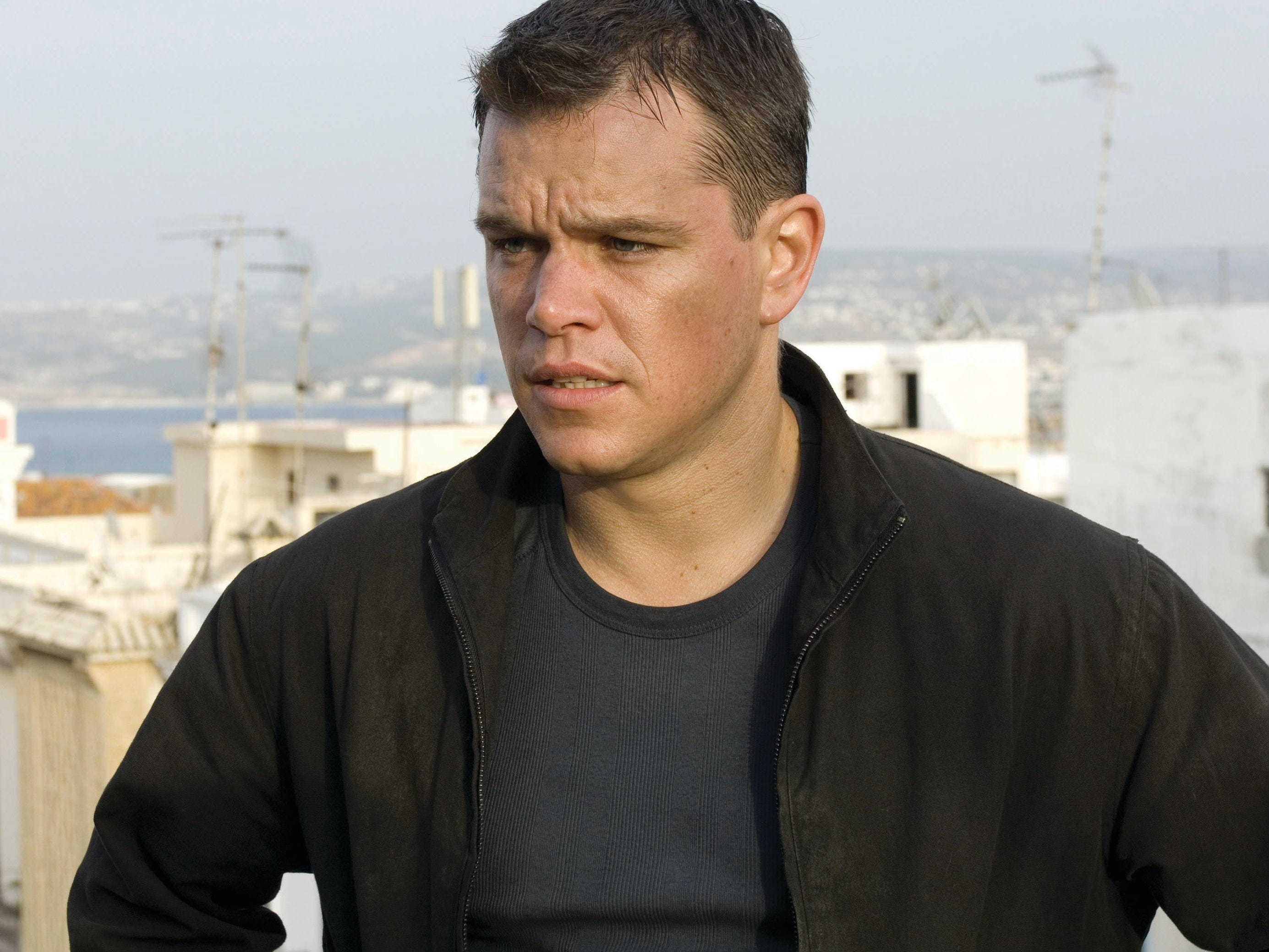 In “The Bourne Ultimatum,” Matt Damon reprises his role as Jason Bourne, a hit man who has lost all memory of his former life. As Bourne evades capture from the agency that created him, he digs even deeper into his dark past.

Bristling with nonstop action that takes Bourne all over the world, “The Bourne Ultimatum” was praised as the best spy thriller in years.

“The third ‘Bourne’ instalment is not just the best of the franchise, but also one of the finest and most forceful action releases of the past decade,” Leigh Paatsch wrote in their review for the Herald Sun. 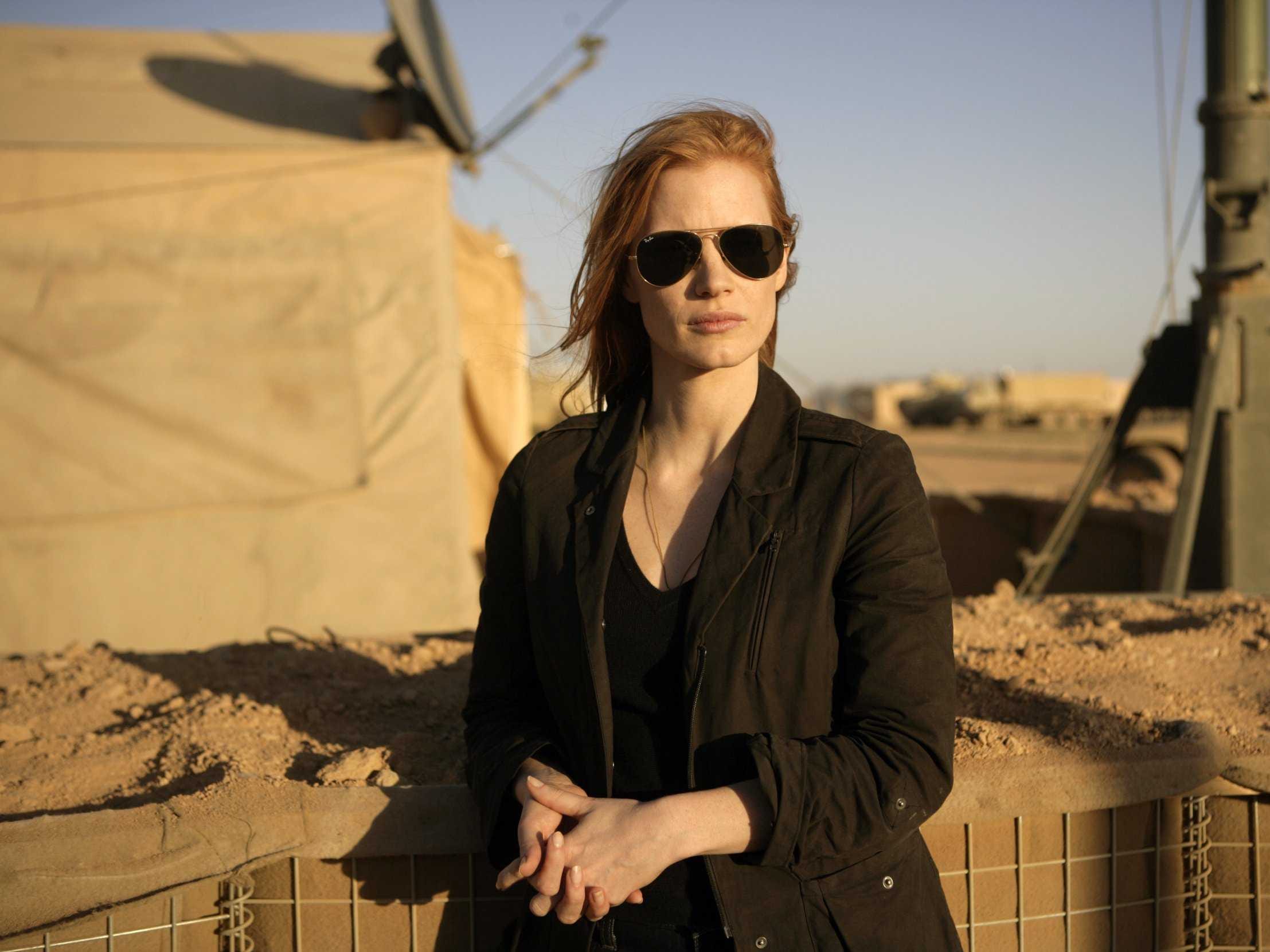 In “Zero Dark Thirty,” CIA intelligence officer Maya (Jessica Chastain) goes to great lengths to discover the whereabouts of a terrorist cell in the wake of 9/11 with the assistance of Seal Team Six operatives.

Critics referred to “Zero Dark Thirty” as a gripping and well-acted war drama that was elevated by director Kathryn Bigelow’s unique touch.

“When it comes to establishing and maintaining tension, there wasn’t a better American genre picture released this year,”Scott Marks mentioned in his review for the San Diego Reader.

“Bridge of Spies” (2015) solidified Steven Spielberg’s prestige as a director. 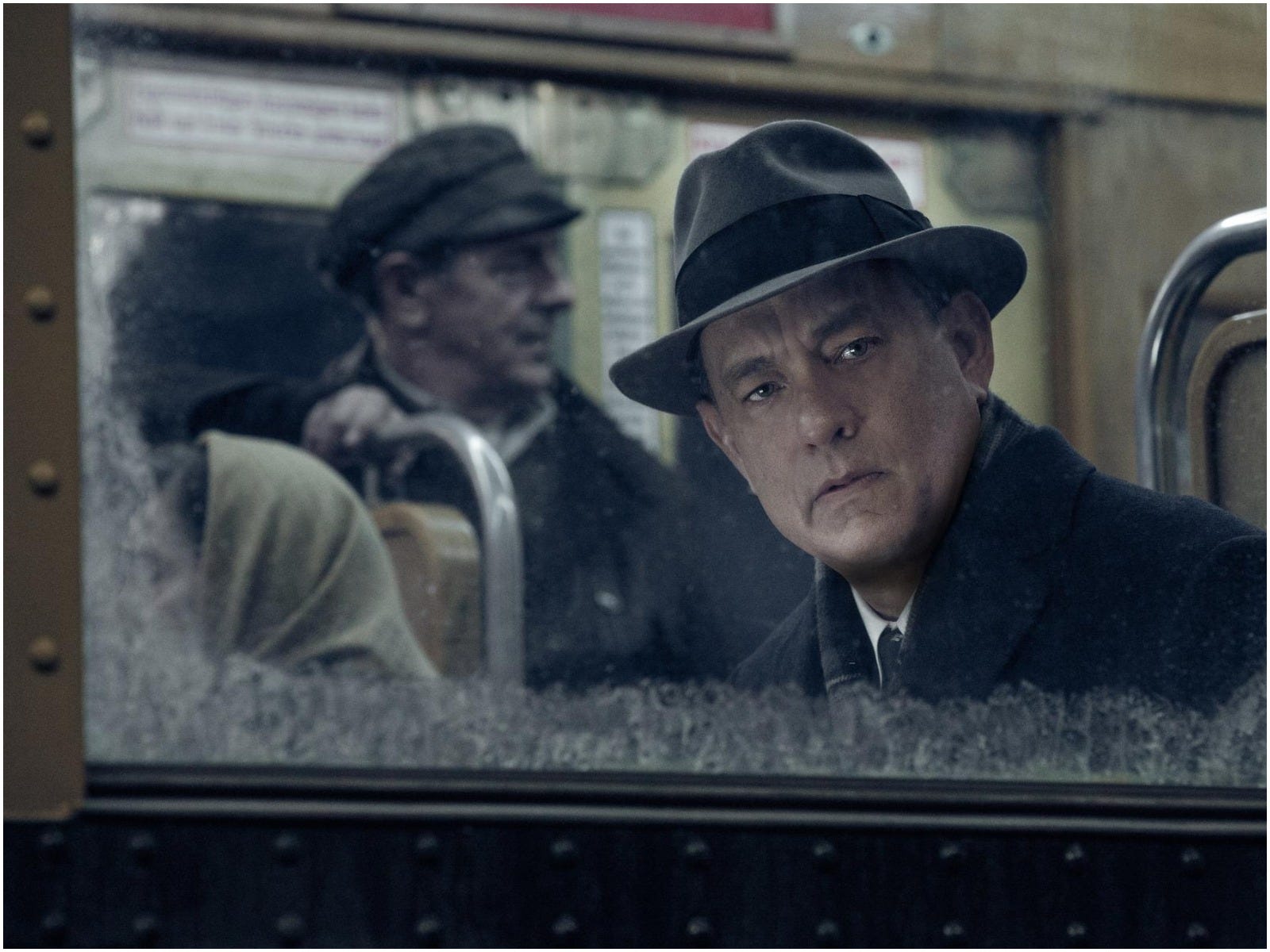 Based on a true story, the Cold War drama “Bridge of Spies” follows James B. Donovan (Tom Hanks), a lawyer who is tasked with negotiating the release of an Air Force pilot in exchange for a KGB spy.

“Bridge of Spies” was received as a solid, well-acted drama and yet another notable feather in Spielberg’s cap as a filmmaker.

Critics described “Nikita” (1990) as an art-house thriller with a formidable female lead. 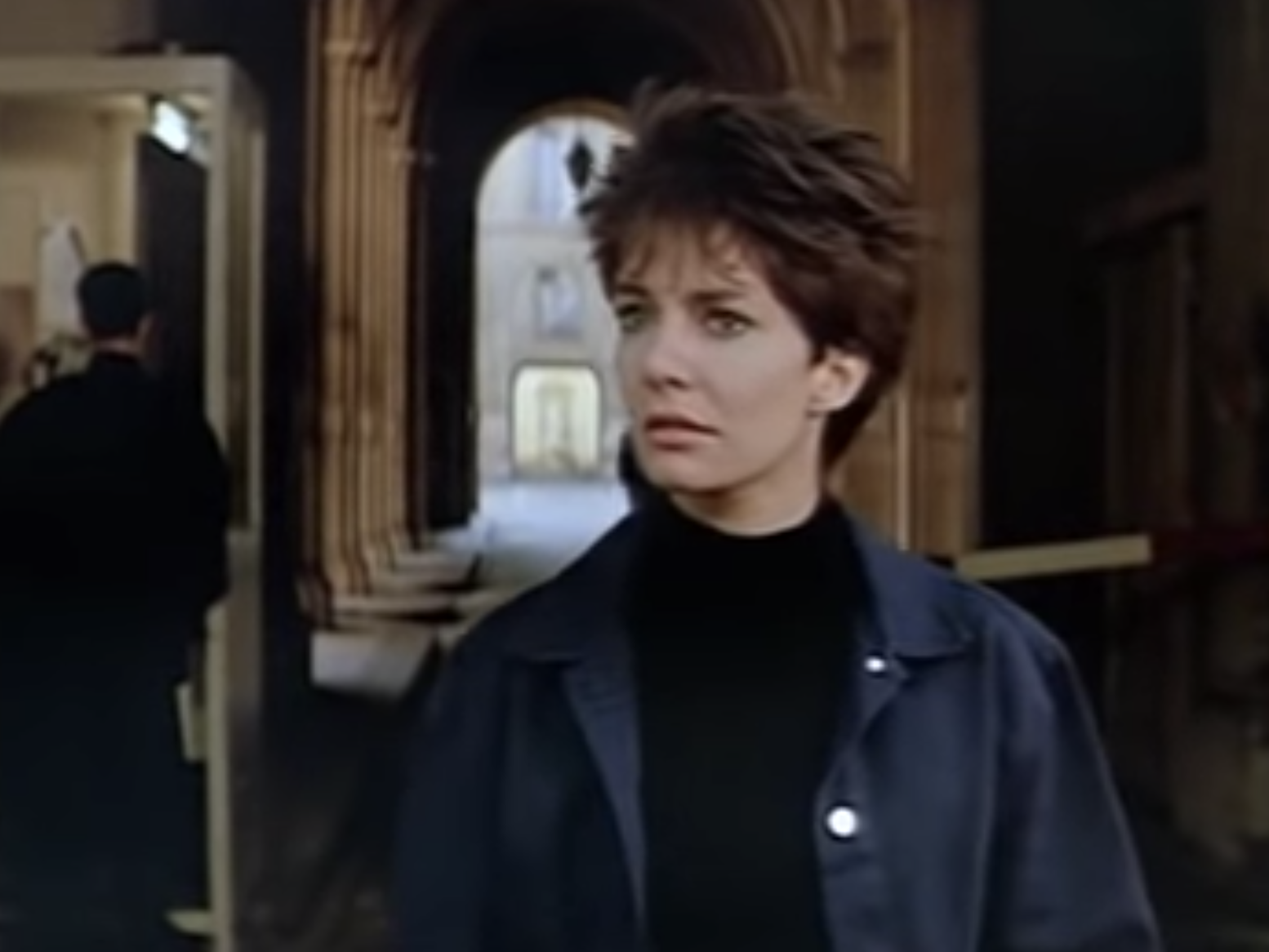 The Samuel Goldwyn Company‘Nikita’ is a French film.

In the French thriller “Nikita,” which also goes by “La Femme Nikita,” the titular lead (Anne Parillaud) is imprisoned by intelligence officers and given a choice: face execution or receive training to join their agency as an elite assassin.

Led by an electric performance from Parillaud, “Nikita” combined the cinematic eye of director Luc Besson with the words from his own innovative script.

“This Besson thriller sparked many wannabes, but it’s clear this film stands on its own two feet and kicks you in the head,”wrote Felix Vasquez Jr. for Film Threat.

Alternatively, “Barely Lethal” (2015) was a teen comedy that missed the mark. 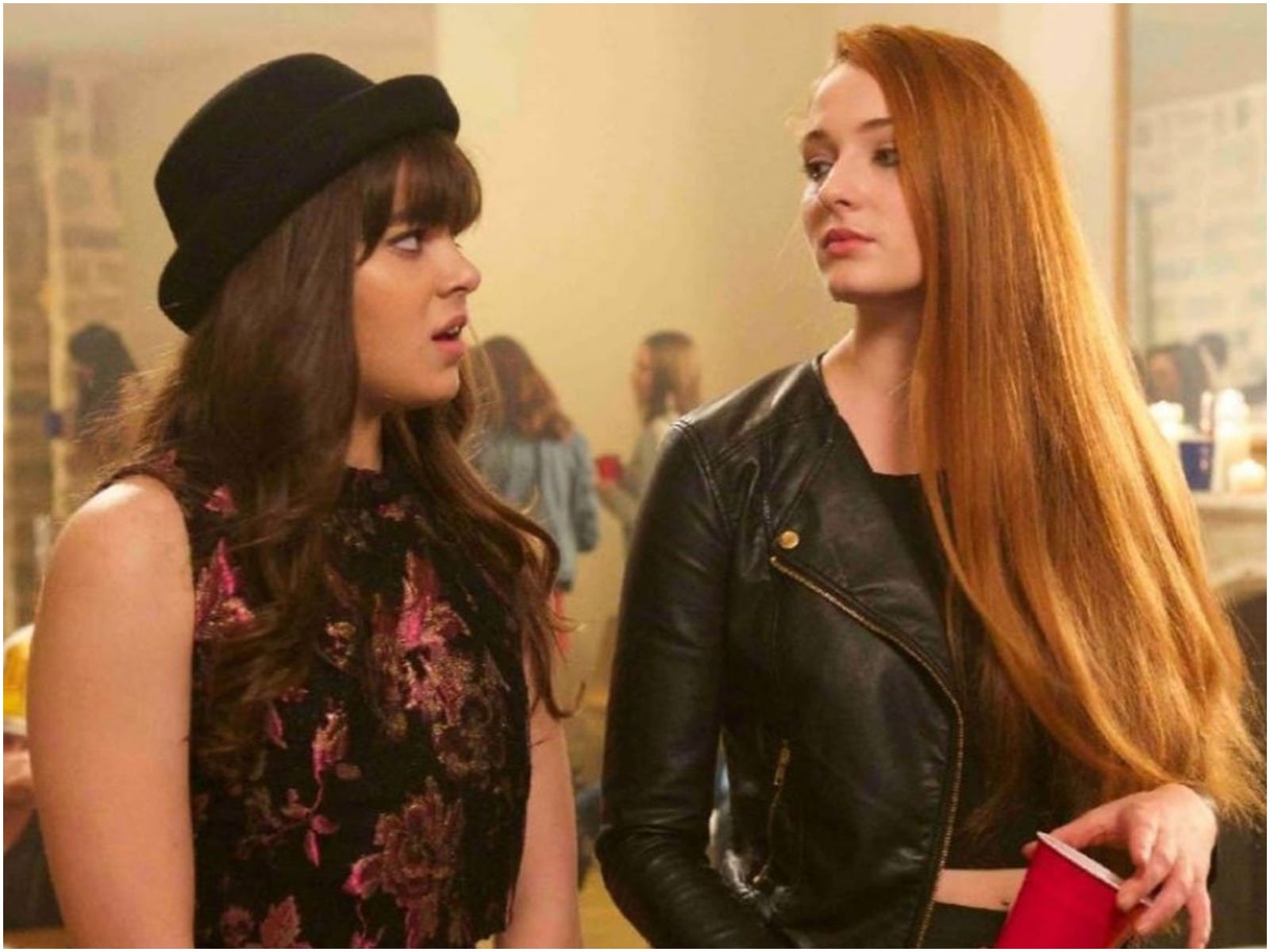 Raised in isolation by her trainer (Samuel L. Jackson), teenage spy Megan Walsh (Hailee Steinfeld) fakes her death so that she can finally live out the normal high-school experiences she’s been missing out on.

Cute but also cloying, “Barely Lethal” was viewed by critics as a forgettable spy comedy geared toward teens.

“There are some funny moments, and Steinfeld herself is a winning presence,” wrote Peter Bradshaw for The Guardian. “But a movie like this has to be more densely packed with gags and observations.” In a parody that takes aim at James Bond’s legacy, “Casino Royale” finds David Niven, and other actors, stepping into Agent 007’s shoes. With enemies watching his every move, Bond investigates the deaths of several agents and tries to prevent his own demise.

Critics largely came to the consensus that “Casino Royale” relied too heavily on low-brow humour and lacked the substance needed for a full-length feature.

“The few good aspects of this farce are vastly outweighed by the bad,” James Berardinelli wrote in his review for Reel Views.

“Spymate” (2006) suffered from silly antics and a lack of substance. Keystone Family Pictures‘Spymate’ is about a primate spy.

In the Canadian family film “Spymate,” secret agent Mike Muggins (Chris Potter) and his primate sidekick, Minkey, must team up to rescue Mike’s daughter (Emma Roberts) when she is captured by a nefarious villain.

Reviewers shook their heads at the goofy and nonsensical nature of “Spymate,” a film for children that prioritised animal tricks over any semblance of a narrative.

The action-comedy “I Spy” (2002) left critics less than impressed. 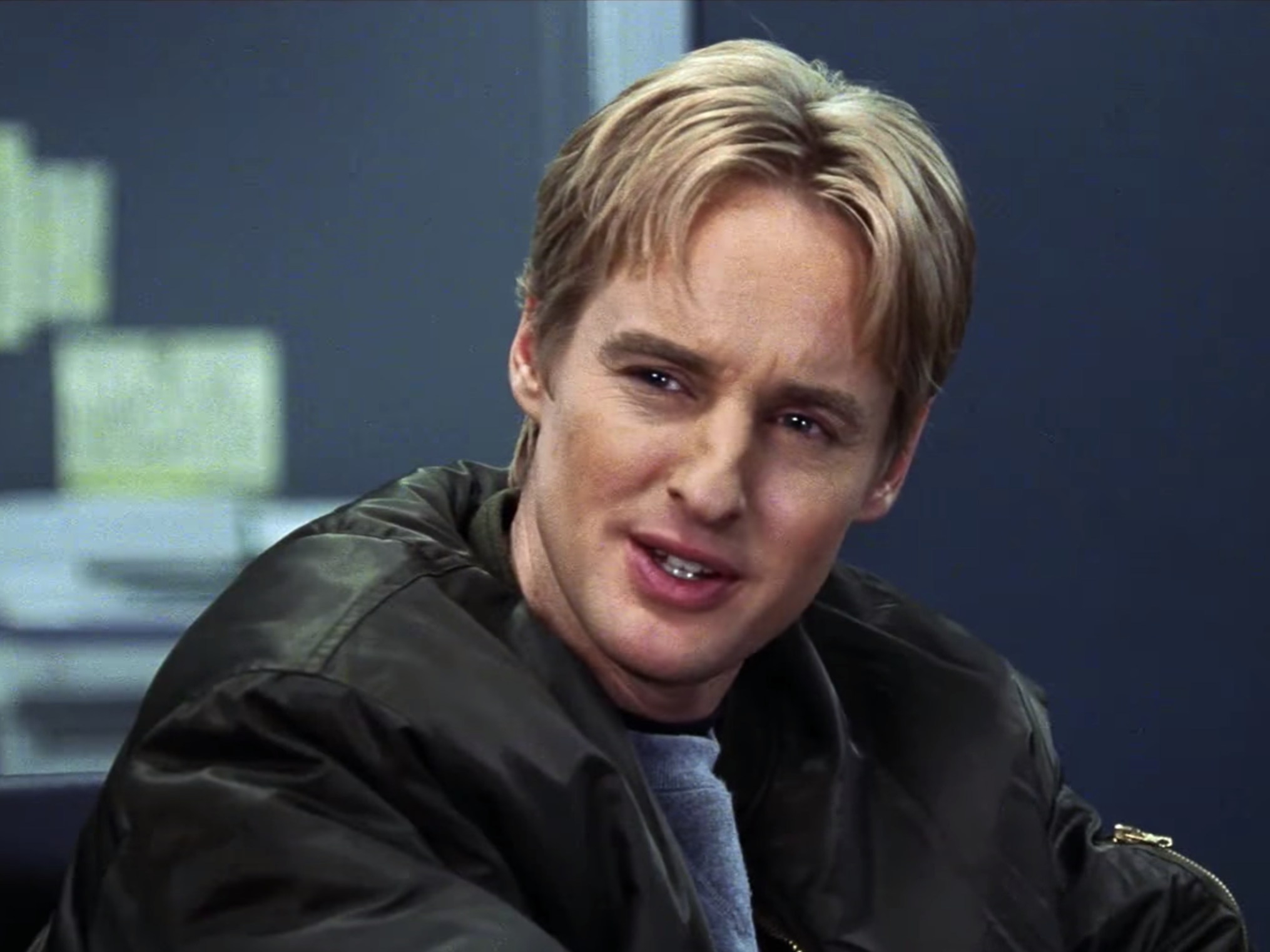 Columbia PicturesOwen Wilson in ‘I Spy.’

“I Spy” earned poor reviews from critics, who agreed that the action-comedy grossly underserved the talents of its lead stars.

“I really resent a movie like this that just looks like it’s made by a committee, when you have two such huge talents wasted like this,” Richard Roeper wrote for Ebert & Roeper. 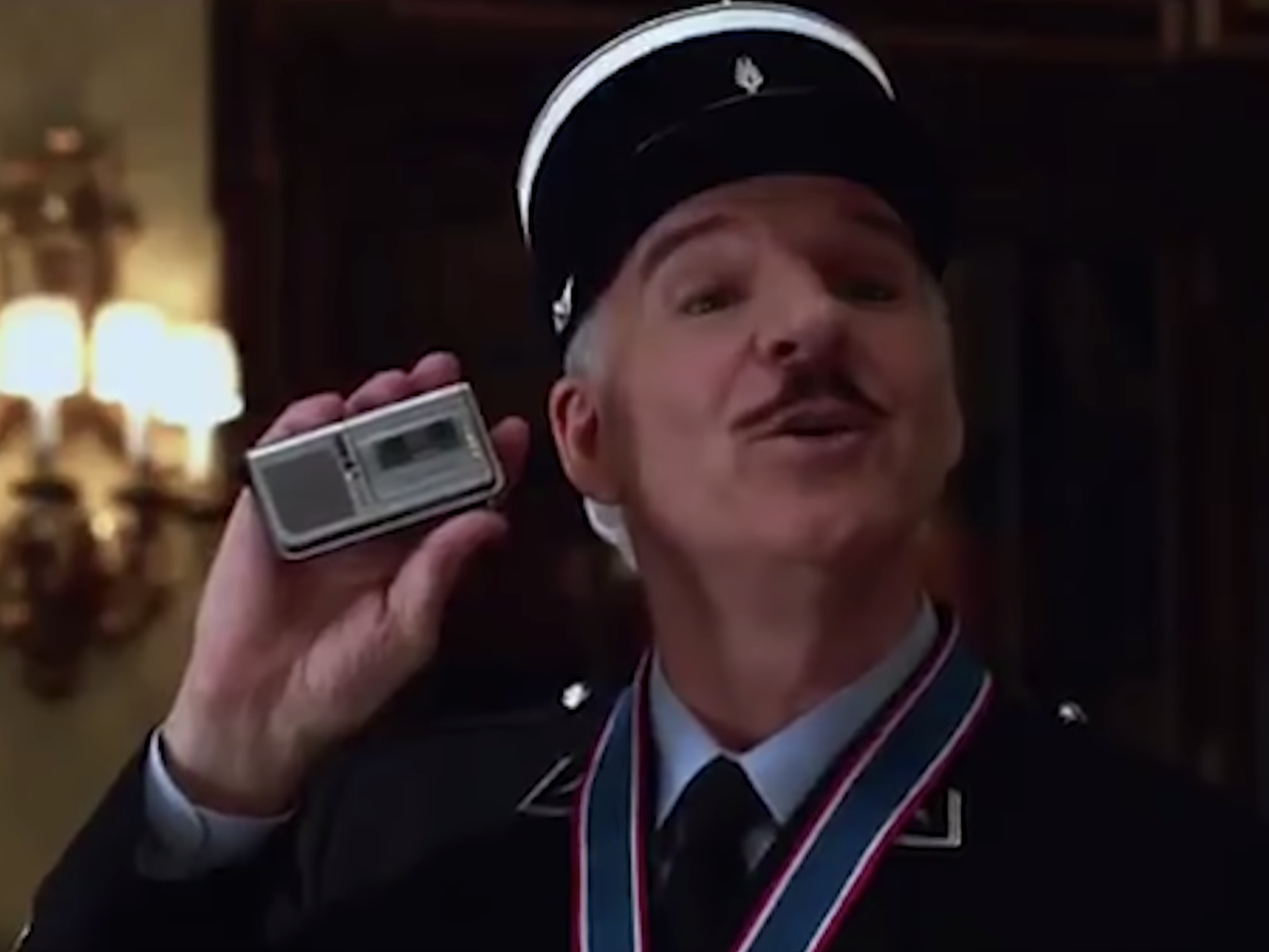 Metro-Goldwyn-MayerSteve Martin in ‘The Pink Panther 2.’

In the sequel to “The Pink Panther” (2006), Steve Martin returns to reprise his role as Inspector Jacques Clouseau. In this entry, Clouseau and an assortment of experts around the world gather together to hunt down missing artifacts.

Overall, critics had a less-than-favourable opinion of the spy-comedy sequel, calling it awkward and overly absurd.

“It’s not a crime to be silly, although the cast of ‘The Pink Panther 2’ dance perilously close to committing at the very least a misdemeanour,” Simon Miraudo joked in his review for Quickflix.

Critics said “The Spy Next Door” (2010) wasted Jackie Chan’s talent as an actor. 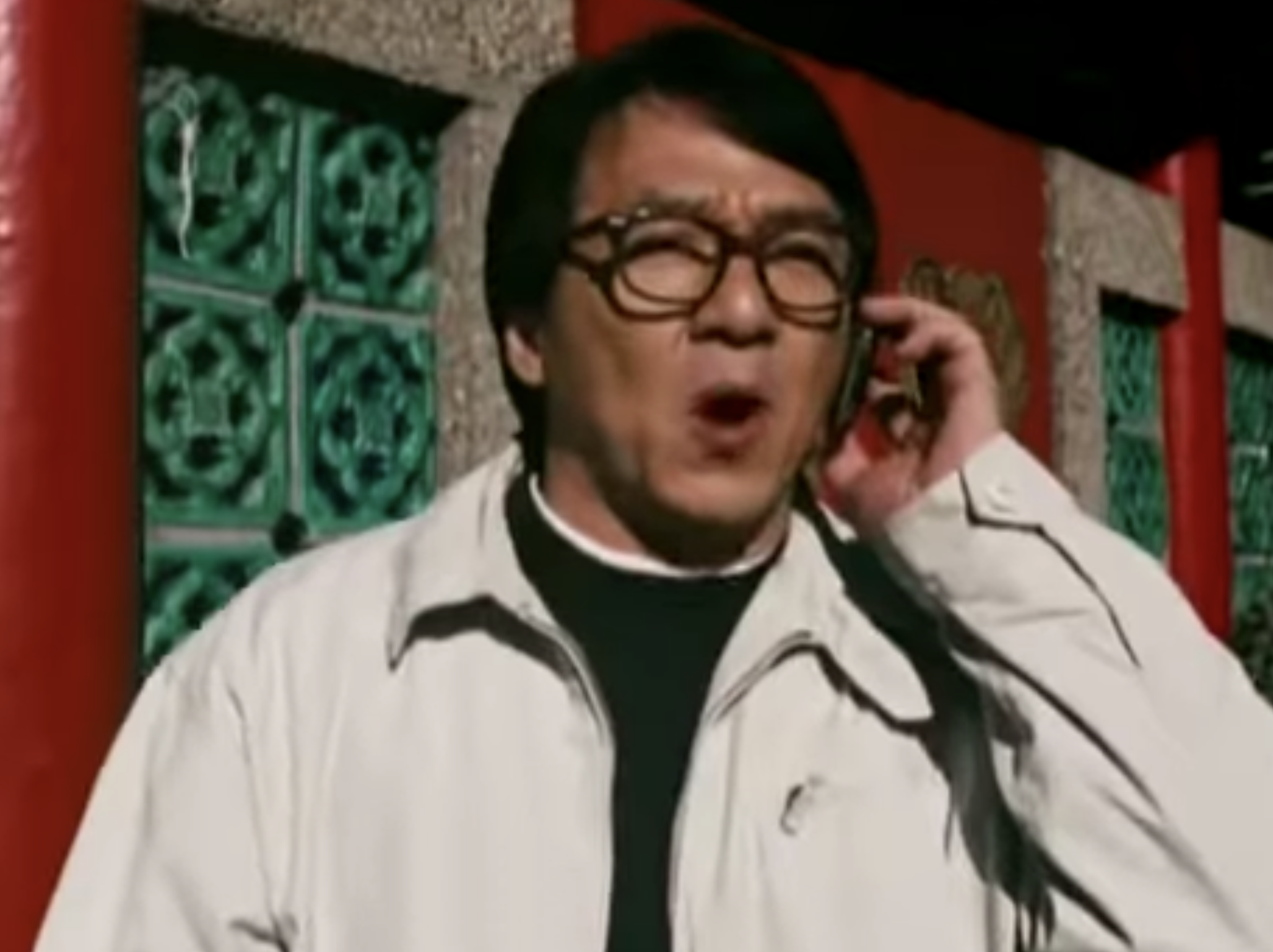 LionsgateJackie Chan in ‘The Spy Next Door.’

In the martial-arts comedy “The Spy Next Door,” international operative Bob Ho (Jackie Chan) hands in his badge to take on a more parental role in the lives of his girlfriend’s three kids.

“The Spy Next Door” was accused of wasting Chan’s enviable talent on a run-of-the-mill comedy with little humour.

“It starts slowly and ends very predictably,” noted Alex Zane in his review for The Sun. “In fact, the bloopers which come before the end credits are probably the best thing about it – and that says a lot.”

For many reviewers, “Bad Company” (2002) was a schlock-filled mess. 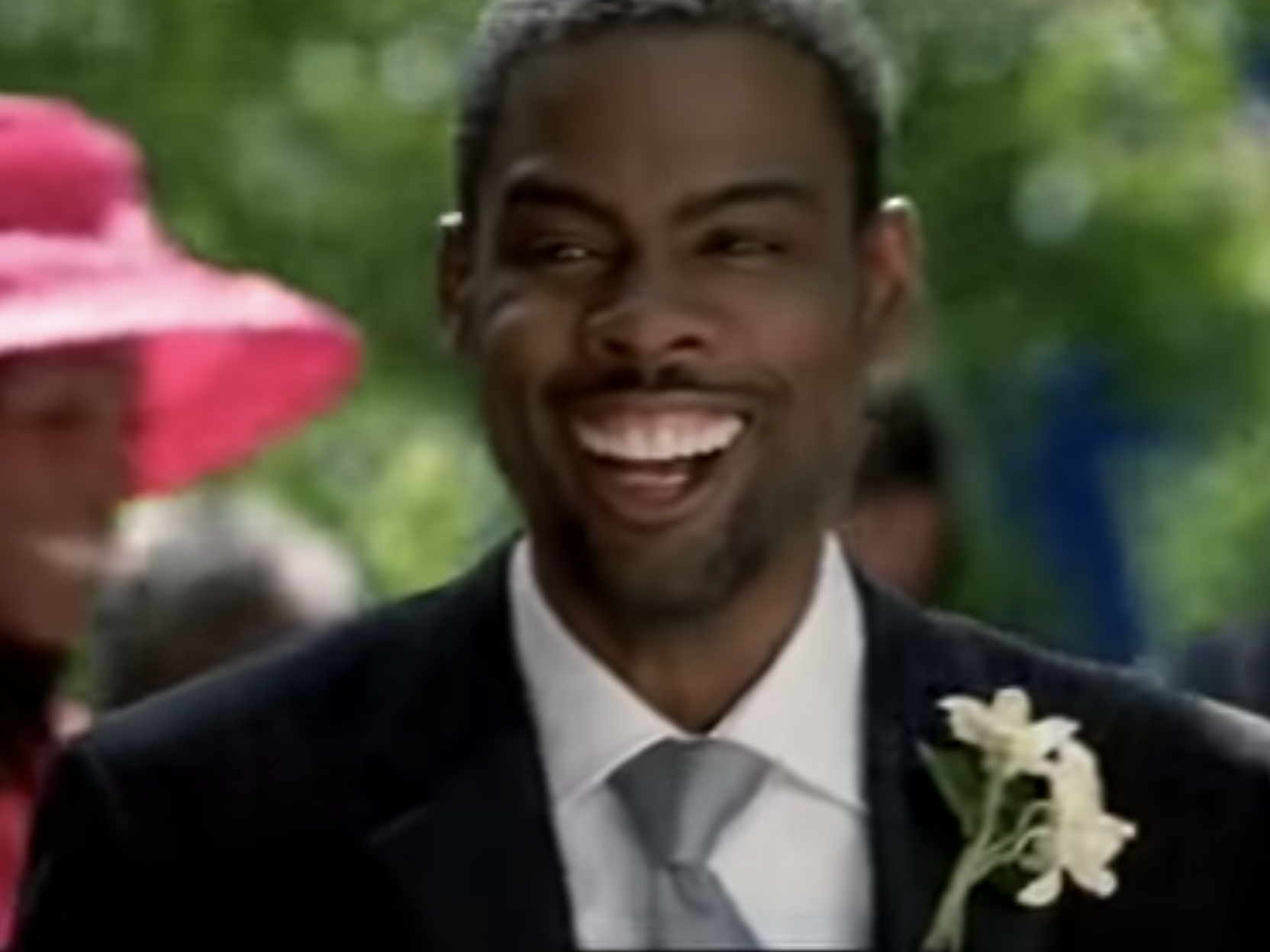 From its wonky premise to its poorly timed climax, the action-comedy didn’t have much worth praising, per critics.

Desson Thomson wrote for The Washington Post that “Bad Company” ultimately boiled down to a “long-winded, predictable scenario.”

“So Undercover” (2012) was called out-of-touch and forgettable. 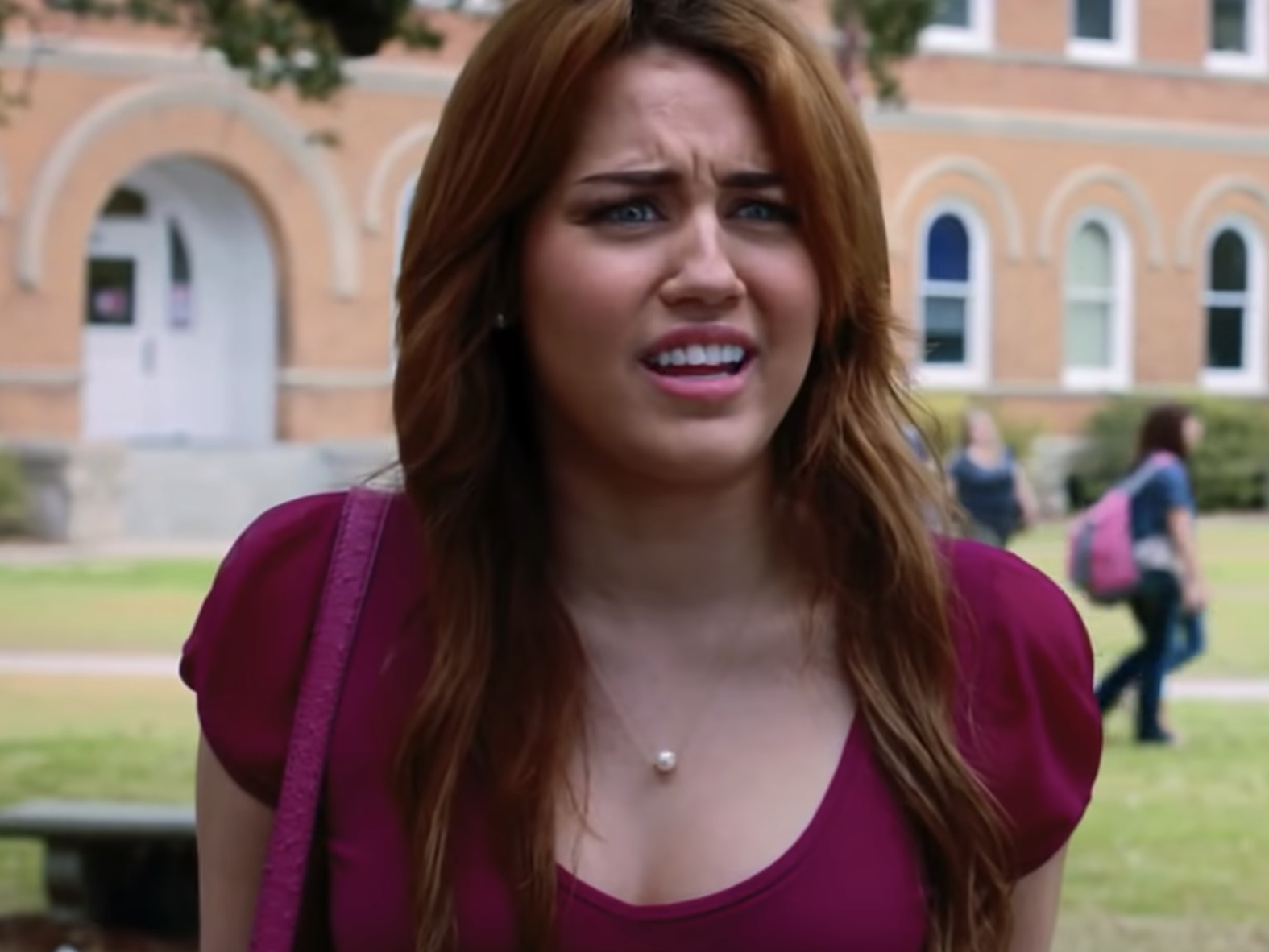 Warner Bros.Miley Cyrus in ‘So Undercover.’

In “So Undercover,” promising FBI agent Molly Morris (Miley Cyrus) gets a chance to prove herself when she’s tasked with going undercover at a college sorority to protect the daughter of a former mobster.

Critics watched in disbelief as Cyrus and her costars exchanged out-of-touch catchphrases and skirted from one implausible plot point to another.

“Miley Cyrus stars in this forgettable dud of a campus comedy,”Sandie Angulo Chen wrote in her review for Common Sense Media.

Critics weren’t fond of the absurd action flick “The Avengers” (1998). 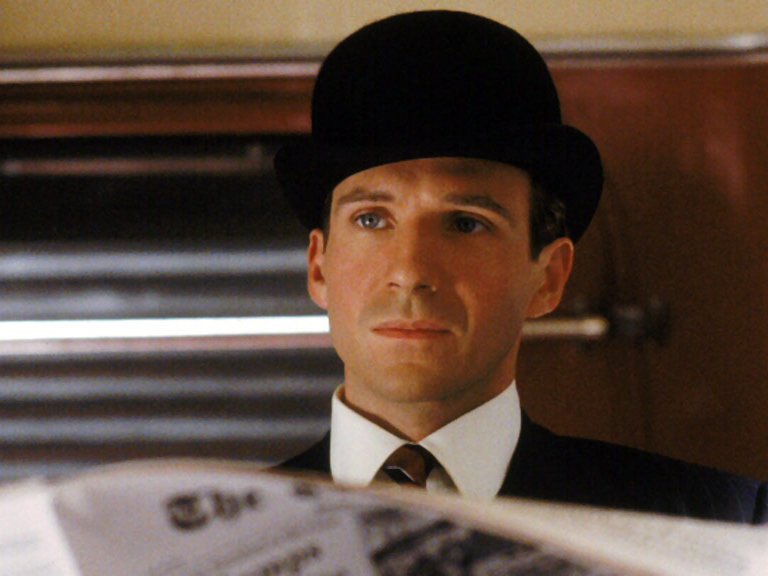 Based on the British spy series of the same name, “The Avengers” finds secret agent John Steed (Ralph Fiennes) and his partner, Emma Peel (Uma Thurman), come face-to-face with a villain who seeks to lock Britain in an eternal winter.

Clunky and dull, “The Avengers” failed to engage critics or even merit a “so bad it’s good” level of cult success.

“Some bad movies are bold outrages; many others become hits,”Time magazine critic Richard Corliss reasoned. “This one hasn’t the juice to be either.”

“Ballistic: Ecks vs. Sever” (2002) failed to earn any positive reviews from critics. 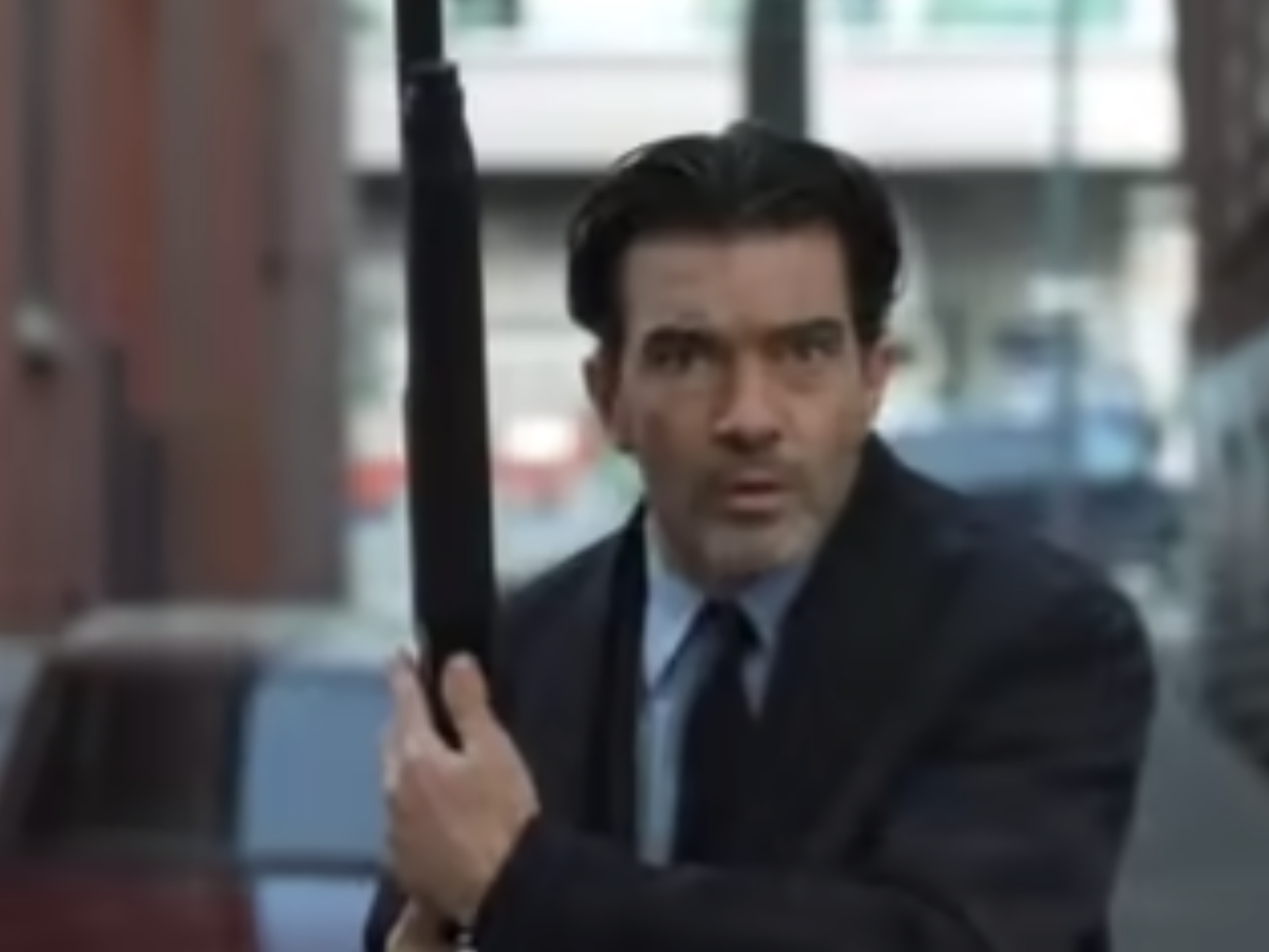 In “Ballistic: Ecks vs. Sever,” former intelligence officer Sever (Lucy Liu) and retired FBI tracker Ecks (Antonio Banderas) begin an expedition as opposing agents, only to discover that they have a common enemy.

Despite the undisputed star power of Liu and Banderas, the ludicrous action thriller failed to provide believable characters for either lead.

“‘Ballistic: Ecks Vs. Sever’ looks like a video-game promo, has a story that plays like the fifth episode of a struggling syndicated action show, and feels like a headache waiting to happen,” wrote Keith Phipps for AV Club.

16 celebrities who famously trashed their own movies