Will Smith's career has spanned genres. Here are his 10 worst and 10 best films. 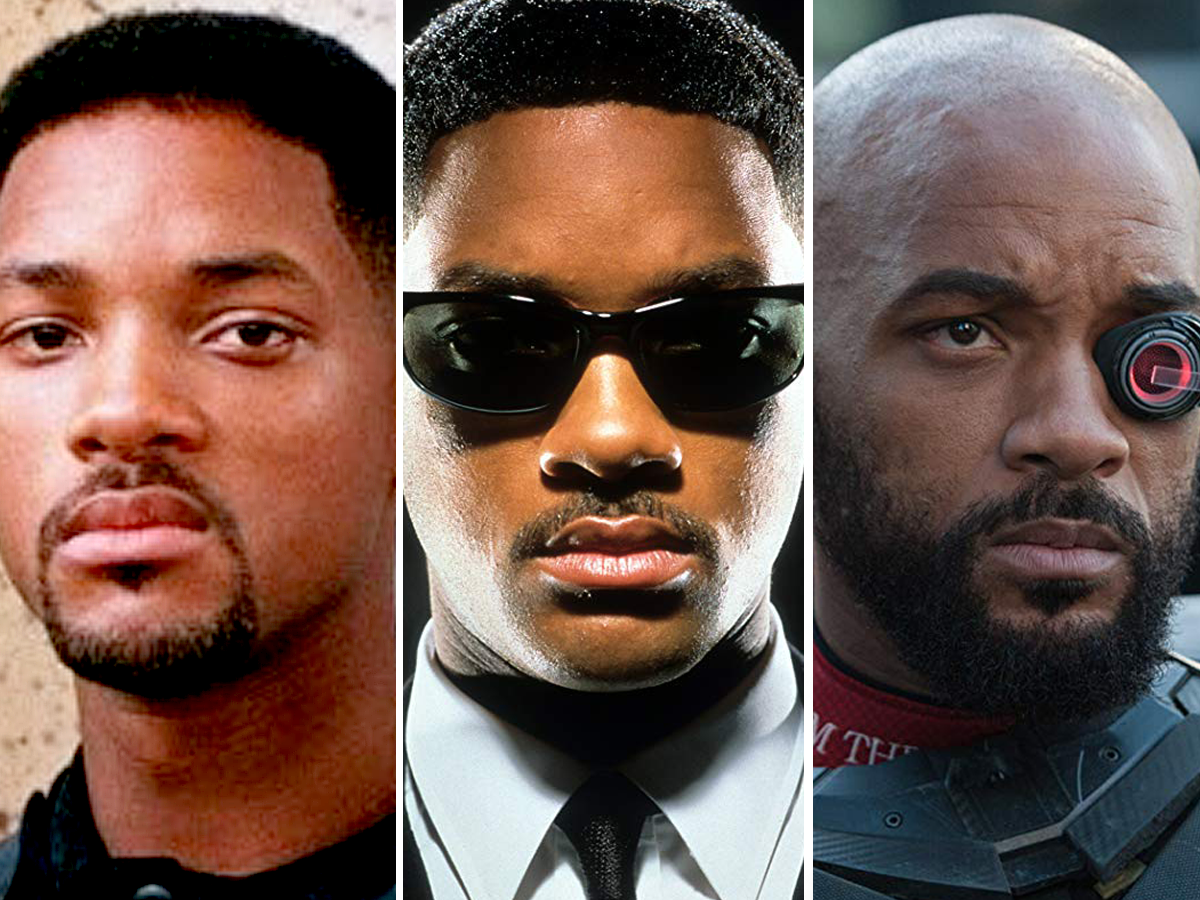 After starring on NBC’s “The Fresh Prince of Bel-Air,” Will Smith made his mark across a number of film genres from comedy to action-packed drama. But even successful careers include a couple of duds.

Read on for the 10 worst and 10 best movies Smith has ever been in, according to critic scores on Rotten Tomatoes.

Note: All scores were current on the date of publication and are subject to change. Films without critical ratings were not included. 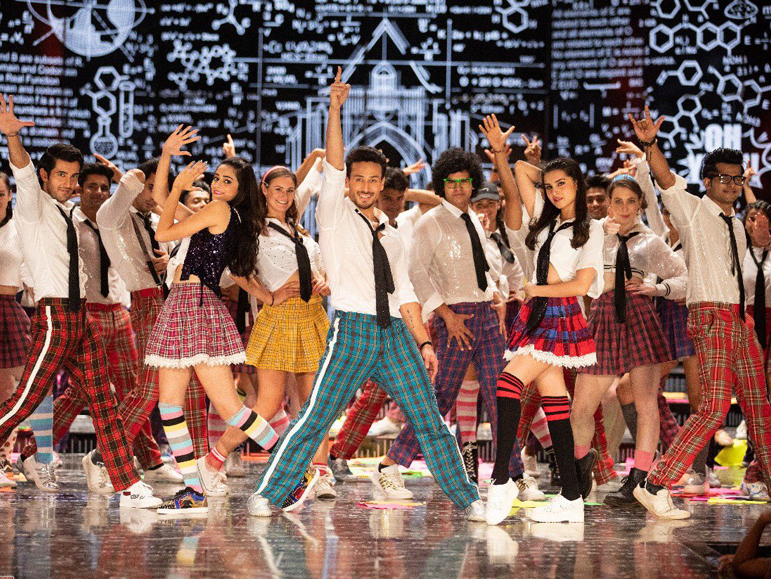 Dharma ProductionsWill Smith made a cameo in ‘Student of the Year 2.’

Smith had a small celebrity cameo during two of the film’s dance numbers.

“Student of the Year 2” was a critical bomb for reviewers who described it as a banal movie with stiff characters and an anti-climatic ending.

“This sequel removes the unique timeline and narrative aspects for a dire, diluted, derivative teen drama that makes you question how anybody on the production team agreed to have this on their resume,” wrote Musanna Ahmed for Film Inquiry.

In the science-fiction film “After Earth” (2013), he played General Cypher Raige. 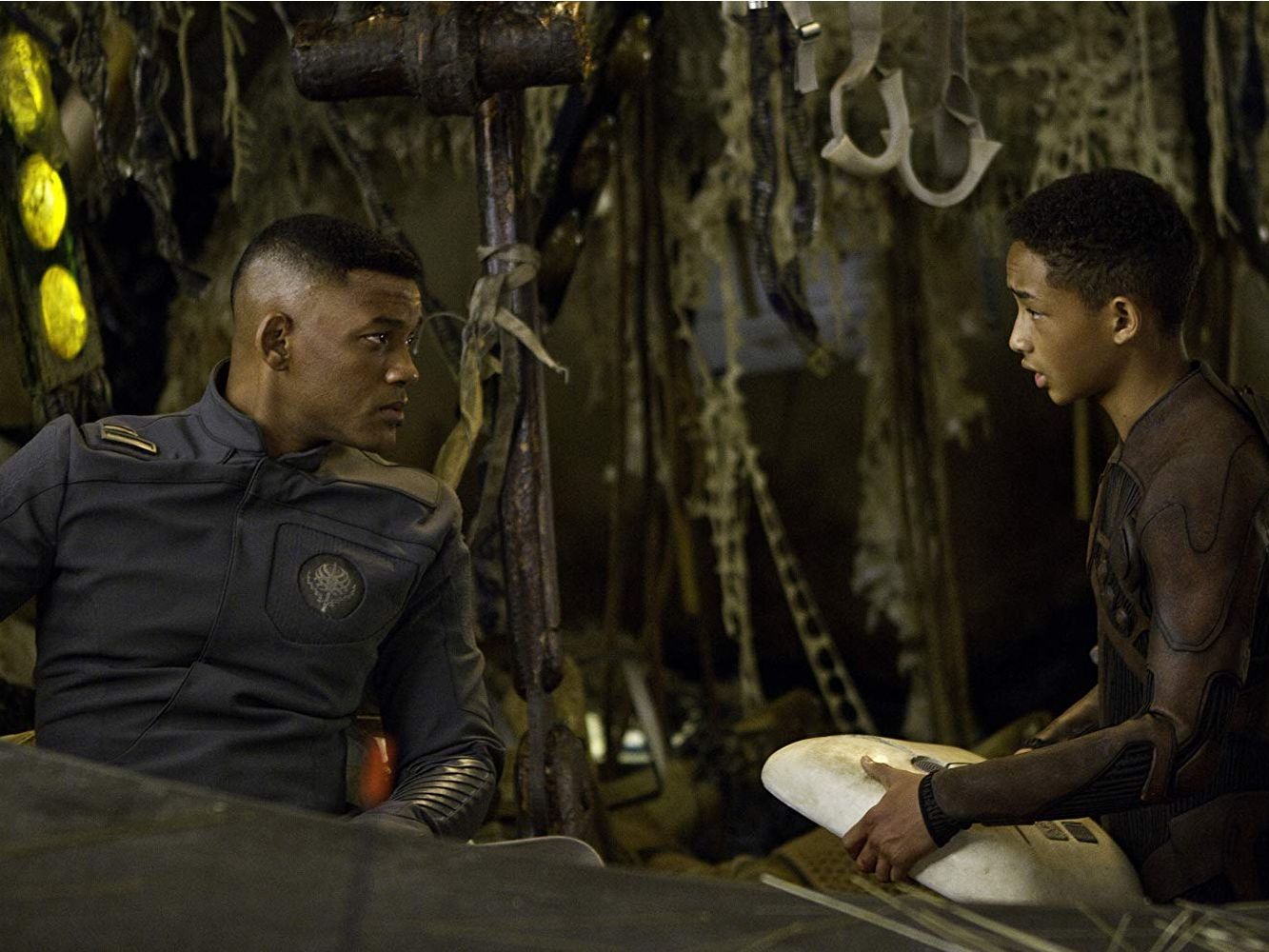 Sony PicturesWill Smith starred alongside his son Jaden Smith in ‘After Earth.’

Summary: Set in the distant future, the science-fiction drama “After Earth” takes place years after humanity has left Earth in search of a new home. General Cypher Raige (Will Smith) leads the planet through its new enterprise as he struggles to connect with his son Kitai (Jaden Smith).

“As drama, ‘After Earth’ offers no surprises; as action, it’s rarely stimulating; as a parenting manual, it seems that Will has thrown Jaden into water that’s a little too deep,” Richard Brody wrote for The New Yorker. 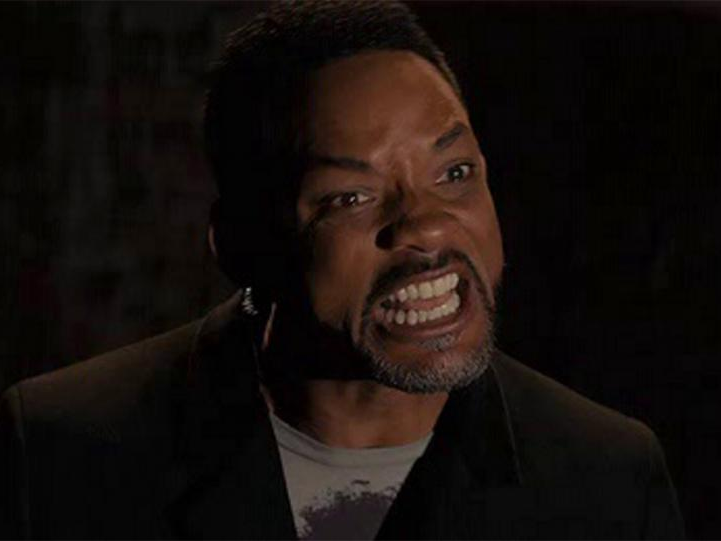 Summary: Set in New York City in the early 1900s, “Winter’s Tale” focuses on young thief Peter Lake (Colin Farrell) as he falls in love with an heiress upon her death. He becomes intent on saving her through reincarnation. Smith appeared in the film in a small role reminiscent of the devil.

Critics thought that the fantastical drama “Winter’s Tale” came across as weepy and preposterous.

“On a purely narrative level, ‘Winter’s Tale’ missteps early and often,” James Berardinelli wrote for ReelViews. “Its earnestness is its downfall, resulting in opportunities for unintentional humour.” 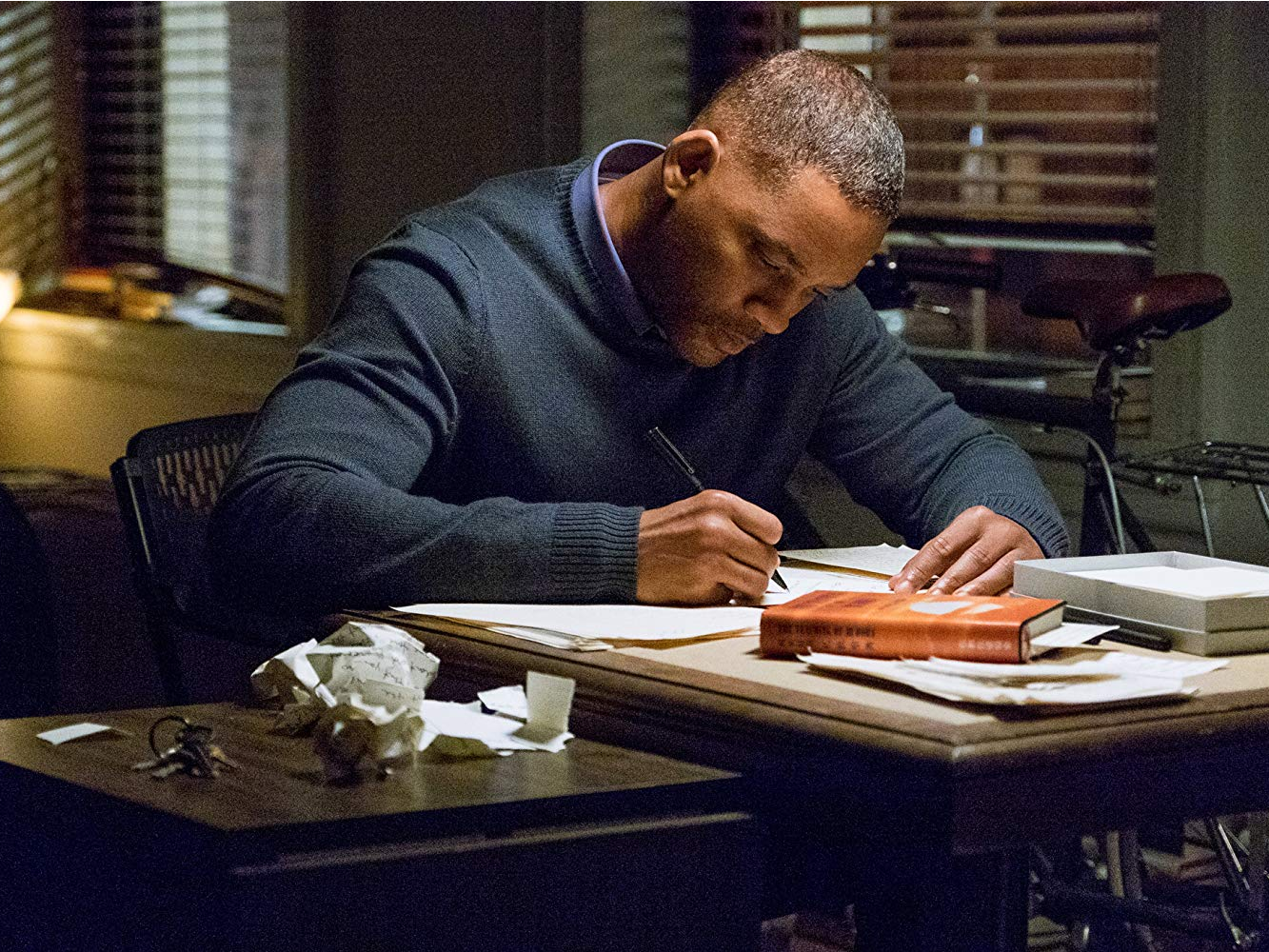 Summary: In the drama “Collateral Beauty” Howard Inlet (Smith) retreats from his friends and family when he suffers a horrific loss. In an effort to find meaning in his life, Howard pens personal letters to Love, Time, and Death.

Although it had plenty of credible actors in it, “Collateral Beauty” was a let-down for critics who called it tone-deaf and unintentionally funny.

“Why did it get made?” Sandra Hall wrote in her review for the Sydney Morning Herald. “And how much did its gifted cast of big names have to be paid to enable them to suspend disbelief and commit themselves to such a concentrated dose of drivel?” 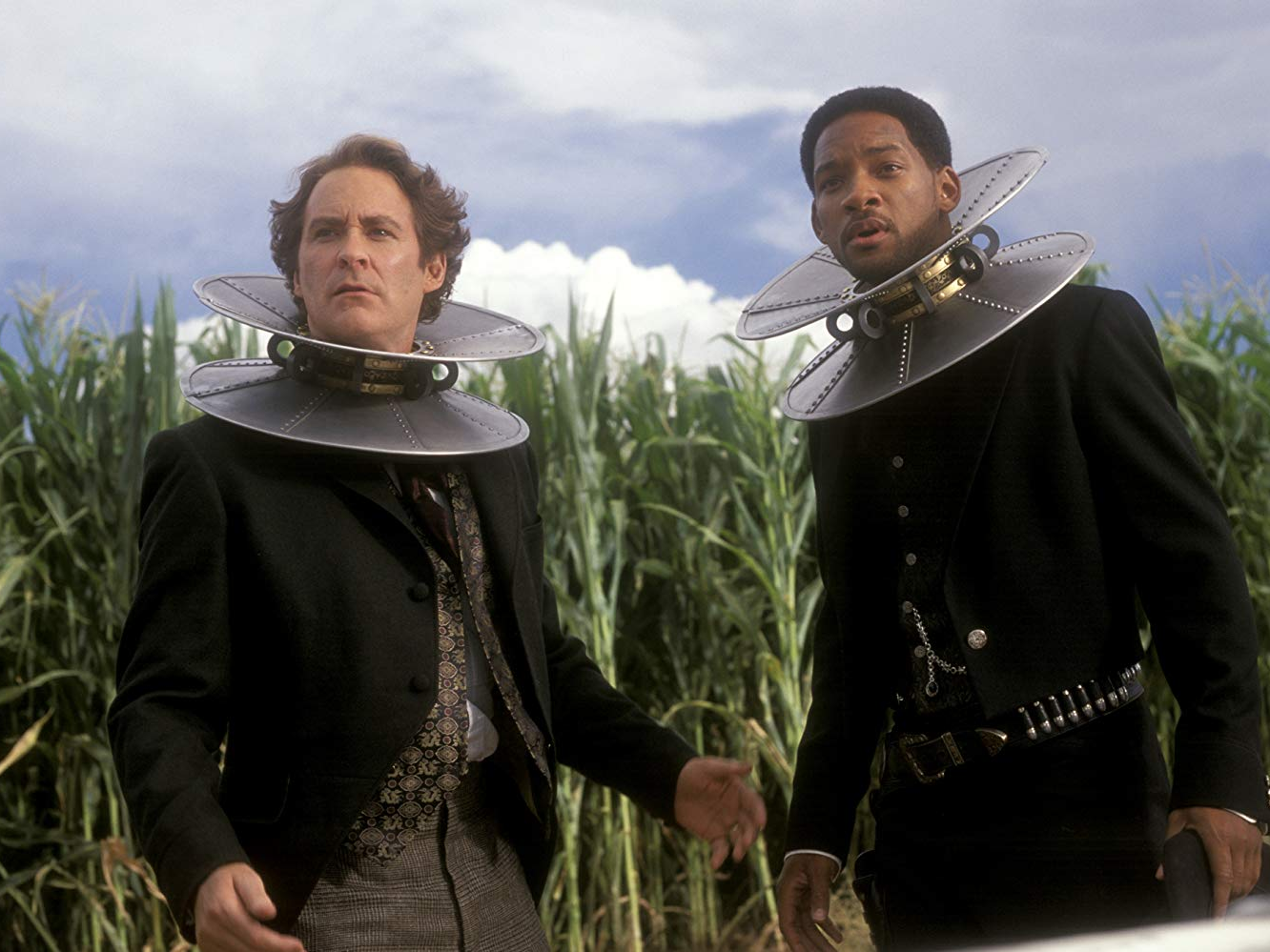 A mess of CGI-robotic monsters, wacky characters, and an oddball plot, “Wild Wild West” was nearly unwatchable for critics.

“Unfortunately, Smith’s abundant charm is squandered by making him play second fiddle to a bunch of dumb machines that look like rejected maquettes from a Star Wars brainstorming session,”Michael O’Sullivan wrote for the Washington Post. 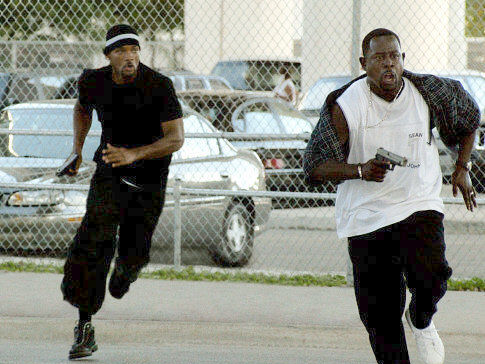 Critics felt that “Bay Boys II” was a rare sequel so bad that it soured some on the original “Bad Boys” (1995).

“Like our two loose cannons with badges, the movie misses its target at least as often as it hits it,” Collin Levey wrote for The Wall Street Journal. “Along the way, as well, it will likely batter a few brain cells into a premature grave.” 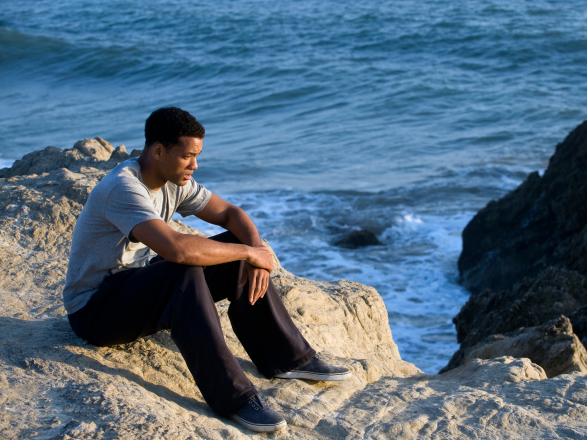 Summary: In the drama “Seven Pounds,” Ben Thomas (Smith) is an IRS agent with a dark past. He seeks to find virtue in death by donating his vital organs to seven strangers, but he ends up complicating his plan by falling in love with one of the donees.

“Seven Pounds” was met with a wave of cynicism from film critics who couldn’t get on board with the movie’s over-sentimental plot.

James Christopher wrote for The Times, “‘Seven Pounds’ is a profoundly irritating mystery about a profoundly silly man.” 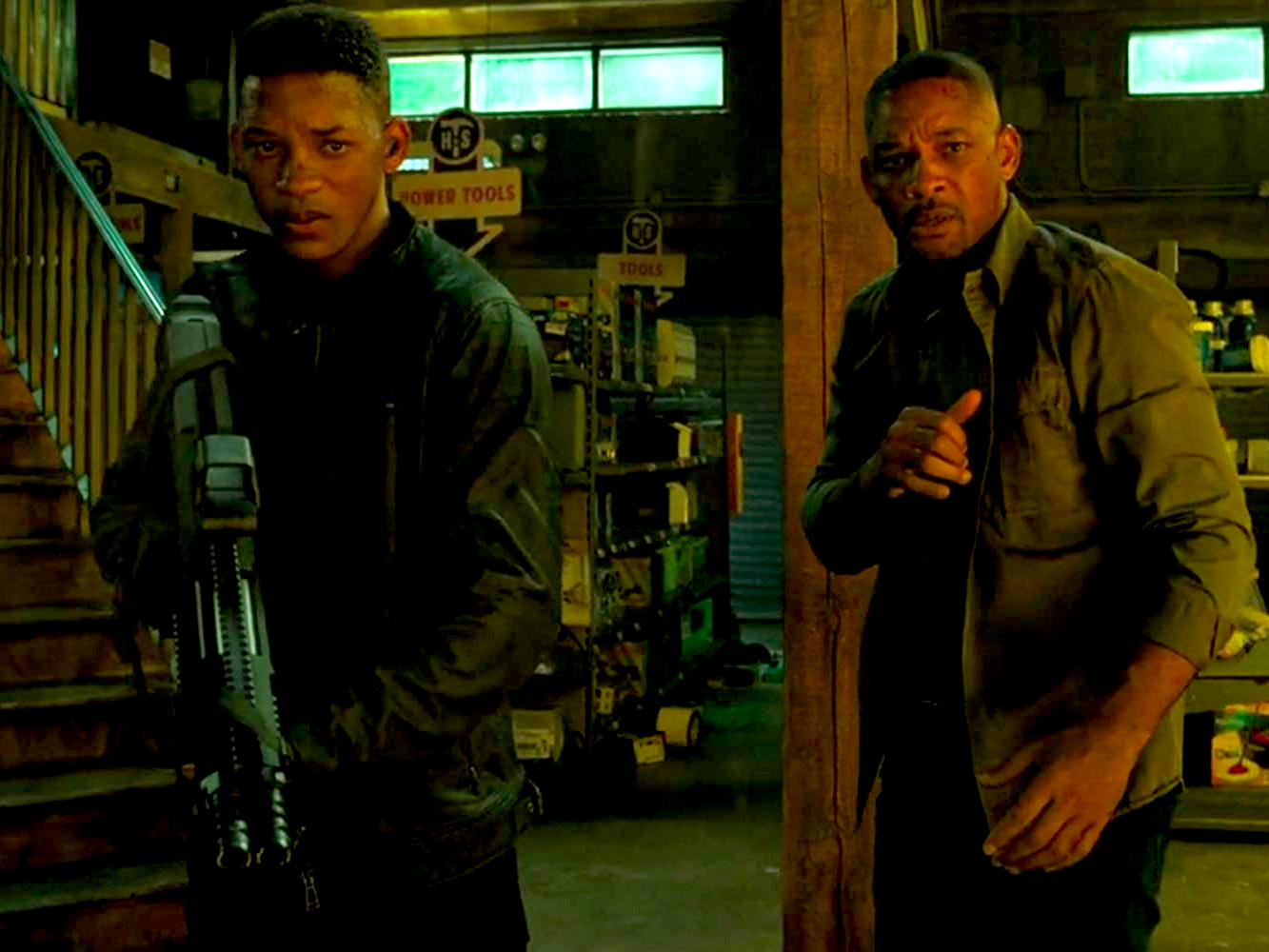 Summary: In “Gemini Man,” skilled assassin Henry Brogan (Smith) realises that the operative pursuing him is a clone that’s been trained to copy and anticipate his every move.

Critics warned potential moviegoers that the film was too ambitious for its own good, with computer-generated imagery that bordered on the bizarre.

“‘Gemini Man’ aspires to be deeper than your average action flick with an obvious Freudian message about how our worst enemy is ourselves,” wrote Asher Luberto for LA Weekly. “What it all amounts to, however, is a throwaway genre exercise disguised as a technological experiment.” 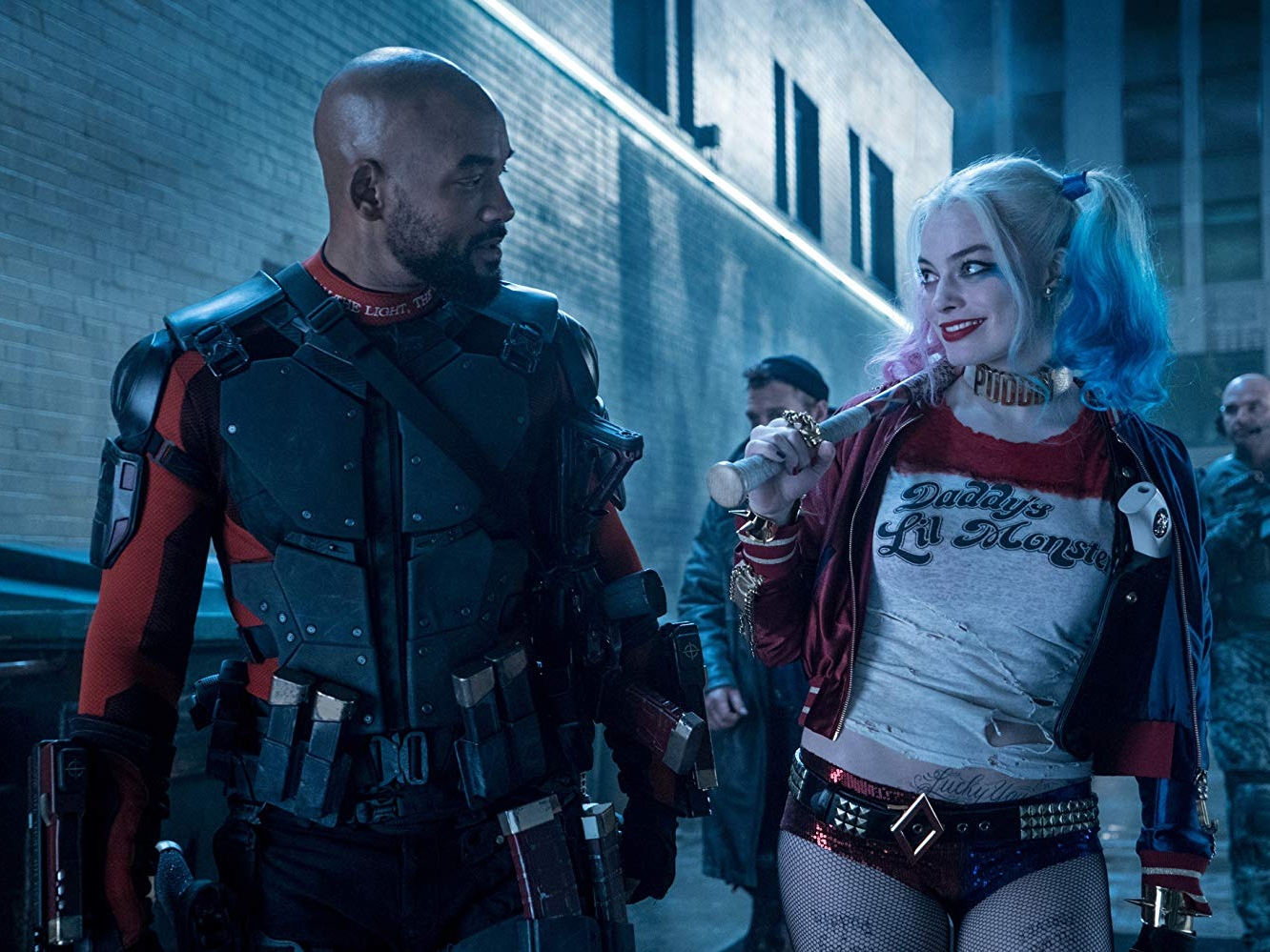 “Suicide Squad” was received as a largely overblown, overstuffed movie that suffered from too many characters and too few creative choices.

“To say that the movie loses the plot would not be strictly accurate, for that would imply that there was a plot to lose,”Anthony Lane wrote for The New Yorker.

Smith struggled to win critics over as Daryl Ward in “Bright” (2017). 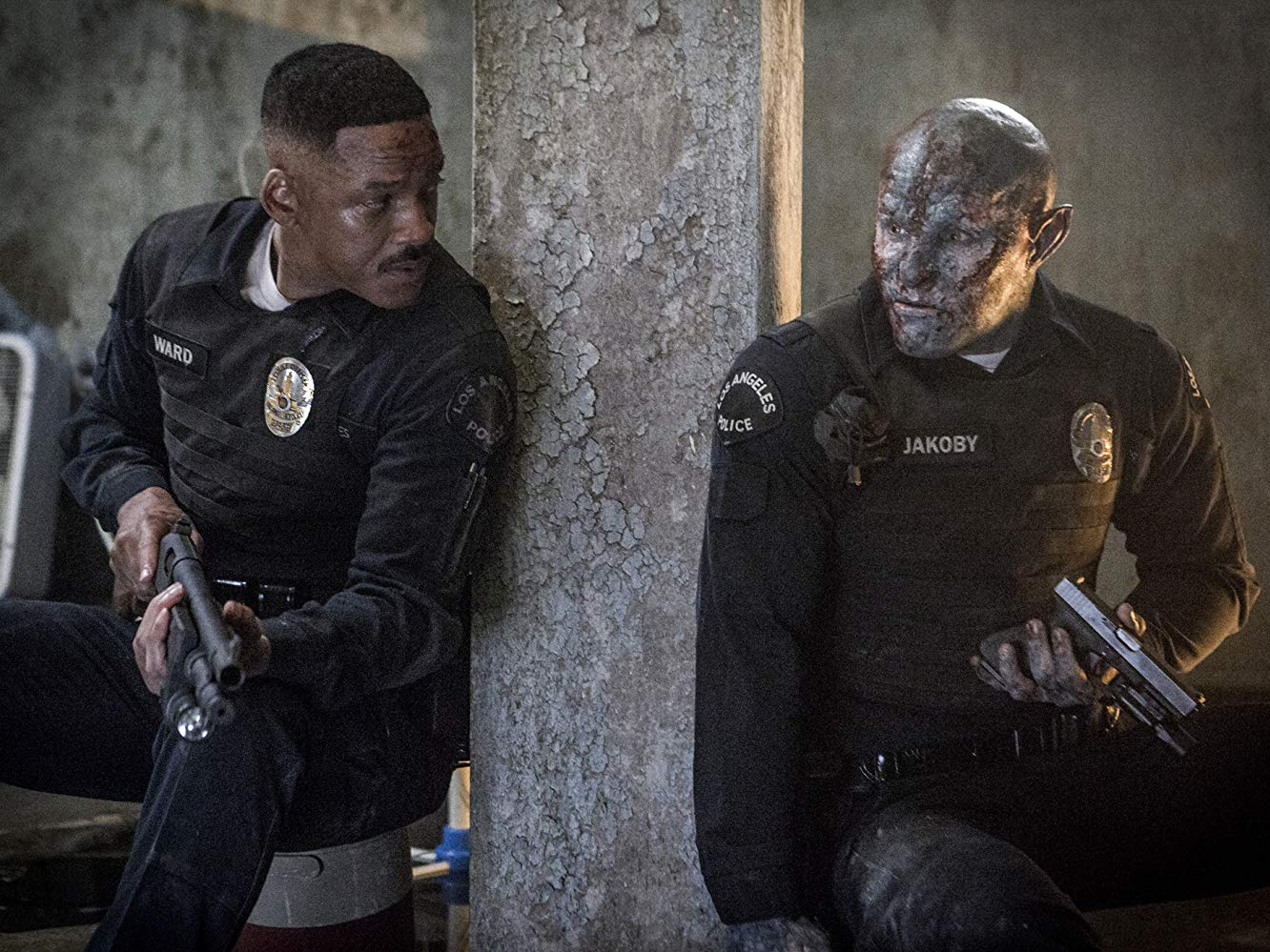 Summary: The Netflix drama “Bright” takes place in an alternate reality where humans and mythical creatures, like elves and orcs, coexist. In the film, human cop Daryl Ward (Smith) and orc cop Nick Jakoby (Joel Edgerton) attempt to find common ground as they patrol their block.

“Bright” was met with negative criticism from reviewers, who cited the film’s generic characters and by-the-numbers story as its shortcomings.

“Bills itself as part buddy-cop movie, part lavish fantasy, does neither justice, resulting in lazy nonsense that’s too silly to be good and too self-serious to be any fun,” wrote Devan Coggan for Entertainment Weekly. 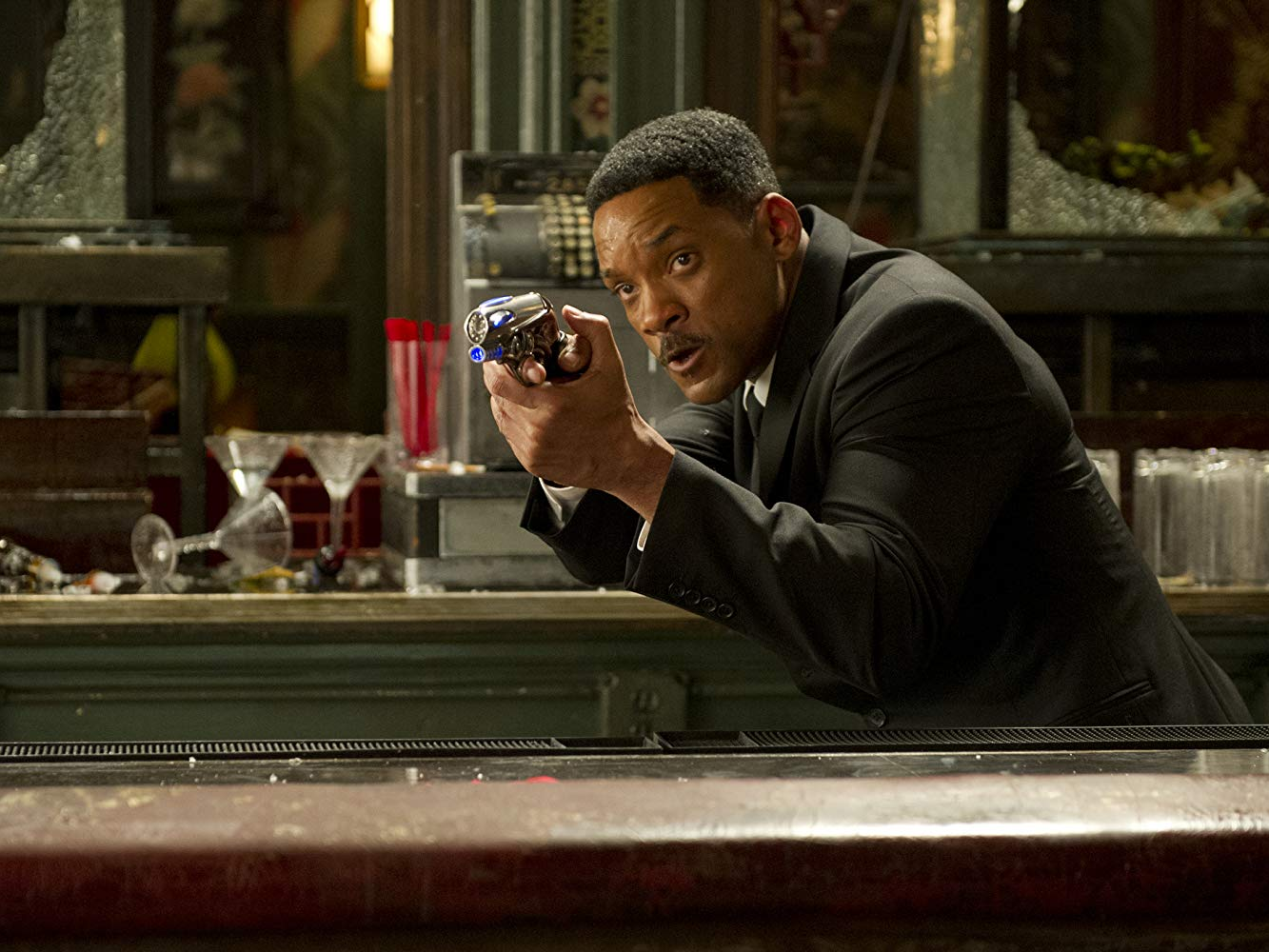 Summary: In the science-fiction comedy “Men in Black 3” Agent J (Smith) and Agent K (Tommy Lee Jones) return to right the balance of the universe. When K’s life is put in danger, J realises that he’ll have to travel back in time to save the day.

Nothing can beat the praise aimed at the original “Men in Black,” but critics at least found more to like in the third instalment than the second.

“The movie represents at least a partial return to form – not as inventive as the first, but surely better than the recycled materials that made up the second,” Christopher Orr wrote for The Atlantic.

The actor played Robert Neville in the apocalyptic drama “I Am Legend” (2007). 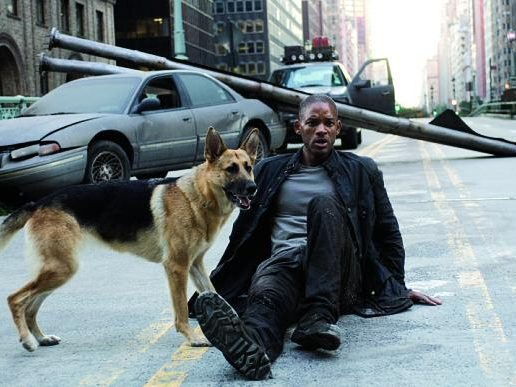 Warner Bros. PicturesWill Smith in ‘I Am Legend.’

Summary: Based on the novel by Richard Matheson, “I Am Legend” centres on Robert Neville (Smith), the seemingly lone survivor of a plague that wiped out the Earth’s population and replaced it with zombie-like reincarnations.

“I Am Legend” had its fair share of mixed reviews, but most critics pointed to Smith’s performance as their favourite part of the movie.

“‘I Am Legend’ is a blockbuster like no other, one that finds its grandness in modesty. It’s a star vehicle with a star who knows his place in the universe,” wrote Stephaine Zacharek for Salon.com. 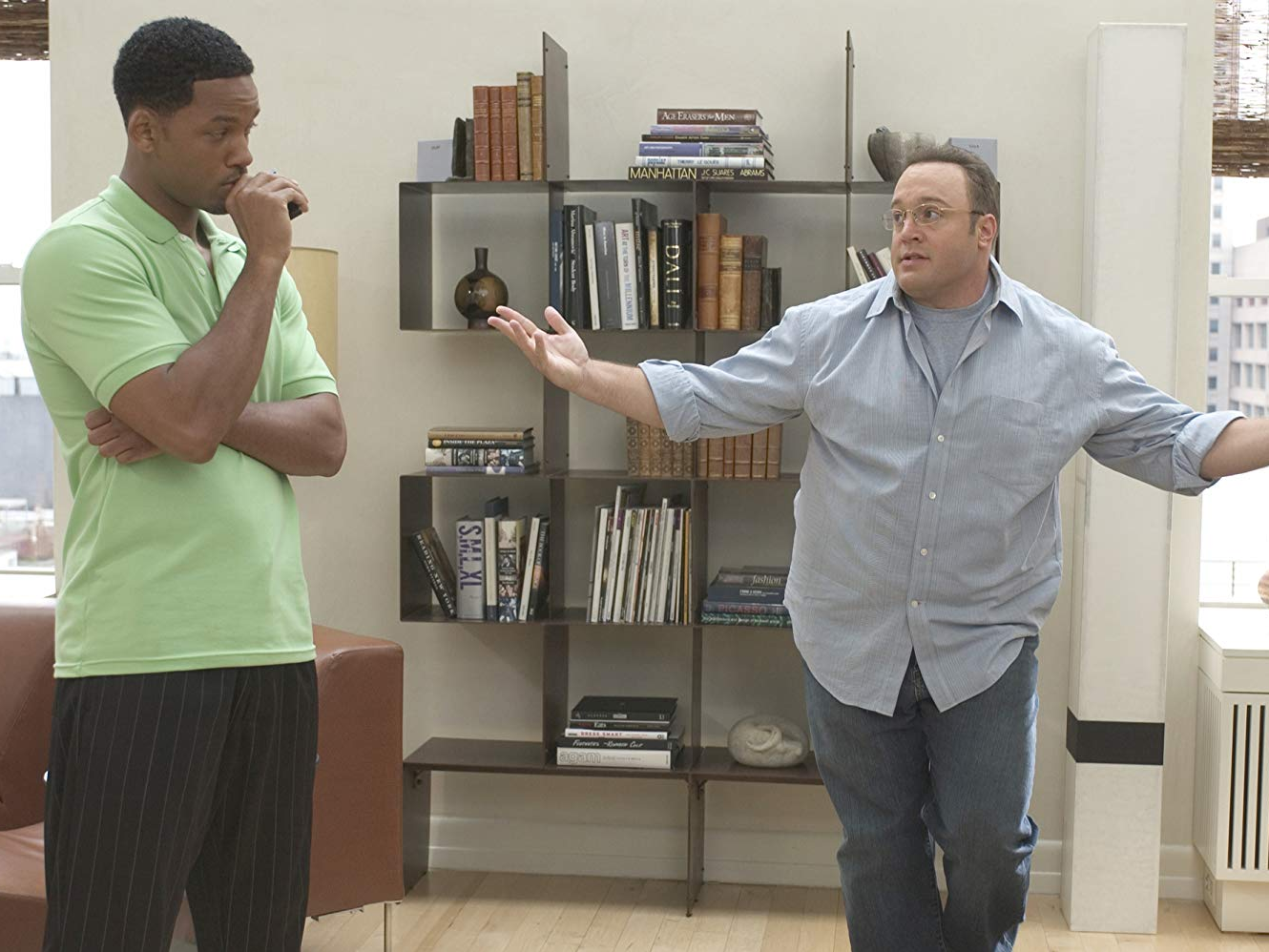 Summary: In “Hitch,” Albert (Kevin James) has never had luck with the ladies, so he enlists the help of self-proclaimed love doctor Alex “Hitch” Hitchens (Smith). As Hitch helps Albert find love, he finds himself falling for a tabloid journalist (Eva Mendes) who hopes to expose him as a fraud.

The romantic comedy failed to win over every critic, but those who enjoyed it said that it was a laugh-filled romp with strong leads.

As Sean Daly wrote for The Washington Post, “Forget about the predictable twists: ‘Hitch’ works best when it’s a buddy comedy, with Smith and James having a blast as smooth Yoda and jiggly Jedi.” 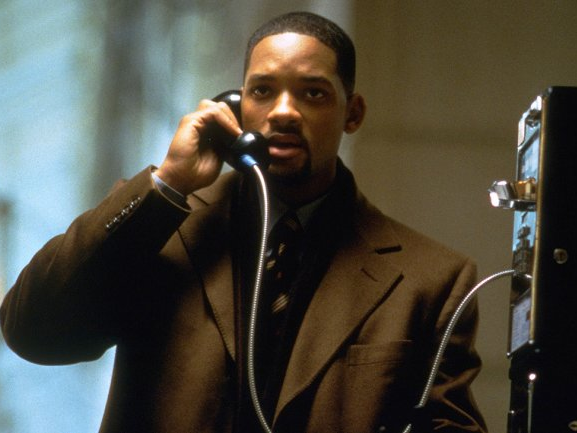 Buena Vista PicturesWill Smith in ‘Enemy of the State.’

Summary: In the suspense-filled action film “Enemy of the State,” Robert Clayton Dean (Smith) is an attorney who gets caught in the middle of a salacious web of corruption when a friend (Jason Lee) slips him a videotape of the murder of a US senator.

Though a few critics claimed “Enemy of the State” suffered from an uneven script, most were entertained by the action-packed thriller.

“[Its] spirited action is balanced by an almost contemplative attitude toward surveillance phobias and the movie cliches they have spawned,” wrote Lisa Alspector for Chicago Reader.

In the animated comedy “Spies in Disguise” (2019), he voiced Lance Sterling. 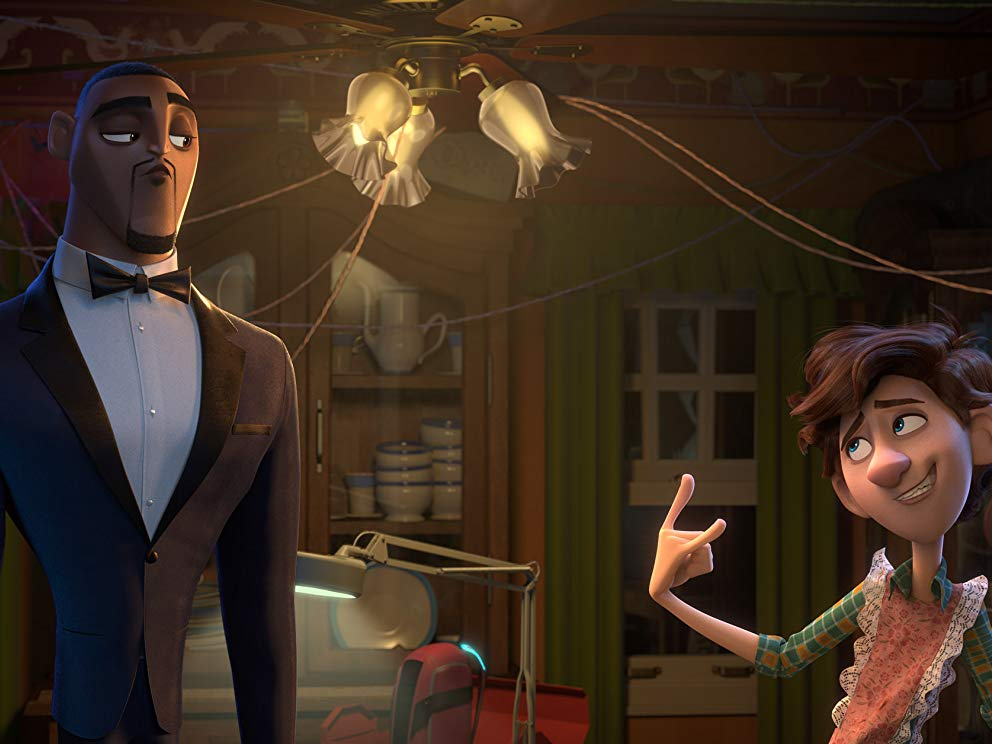 Summary: In “Spies in Disguise,” secret agent Lance Sterling (Smith) is transformed into a pigeon by scientist Walter Beckett (Tom Holland) to pull off a seemingly impossible mission.

Christian Holub wrote for Entertainment Weekly, “It’s a proud piece of family entertainment with a good heart, an eye for inventive action, and a delightfully wacky sense of humour.” 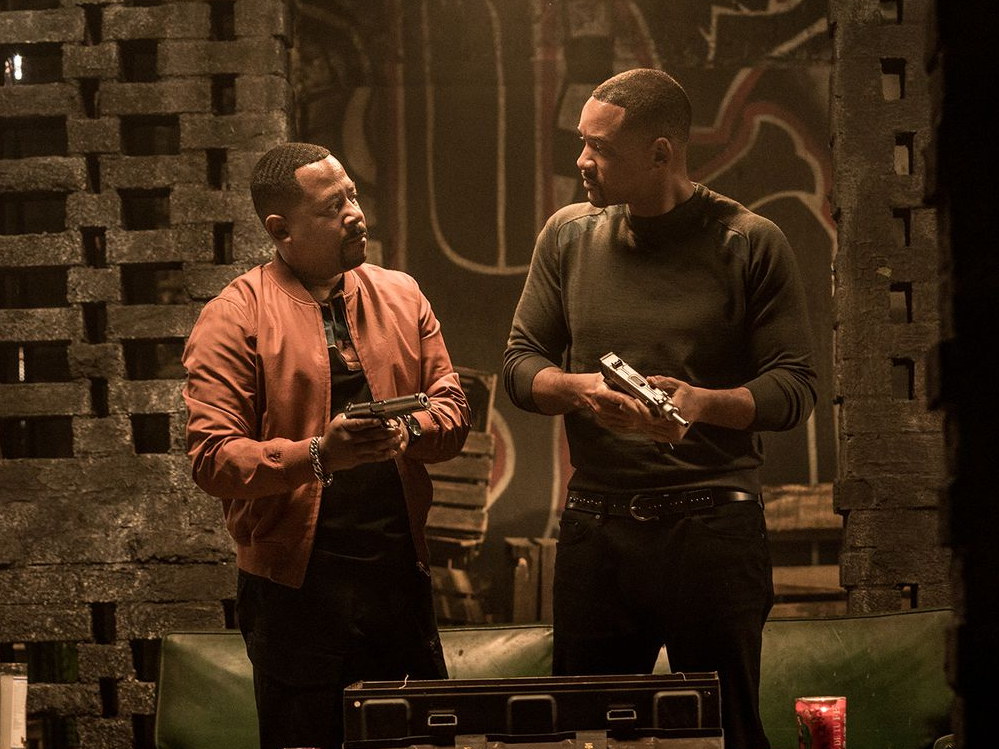 Columbia PicturesMartin Lawrence and Will Smith in ‘Bad Boys for Life.’

Summary: The third instalment of the “Bad Boys” franchise follows Detective Mike Lowrey (Smith) as he convinces his old partner Marcus Burnett (Lawrence) to join him for one last ride through the streets of Miami to take on an old enemy.

Critics found “Bad Boys for Life” more entertaining than anticipated, and felt that it checked all the boxes of a fun, action flick.

“Action junkies can rest assured that this stylish, derivative and fitfully fun third outing will at least give them their money’s worth in slashed throats, impaled torsos and bullet-riddled bodies,” Justin Chang wrote for the Los Angeles Times. 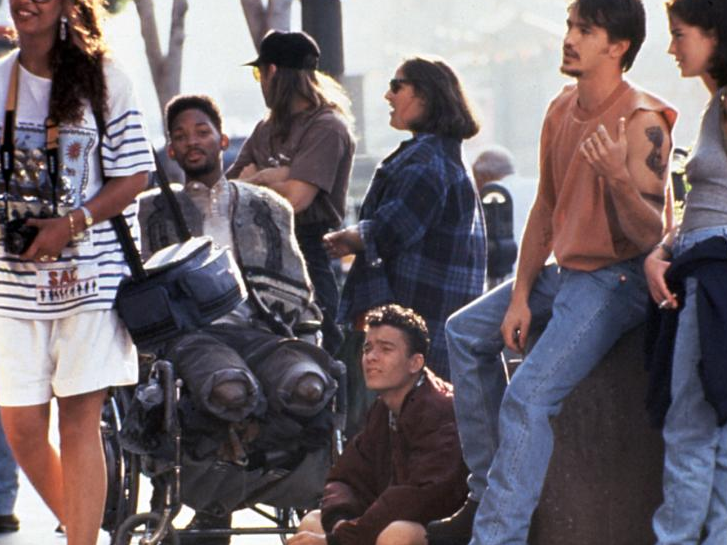 New Line Cinema‘Where the Day Takes You’ featured Will Smith as Manny.

Summary: In the drama “Where the Day Takes You,” a parolee named King (Dermot Mulroney) recounts his early days trying to survive in Los Angeles as a runaway with his friends Manny (Smith), Greg (Sean Astin), and Heather (Lara Flynn Boyle).

Critics praised the film for confidently portraying the narrative of a “found family” through talented young actors.

As Roger Ebert wrote for the Chicago Sun-Times, “The movie, which was shot on and around Hollywood Boulevard, shows a side of runaway kids we haven’t seen before: how they form surrogate families in the streets, seeking reassurance and security that they never felt at home.” 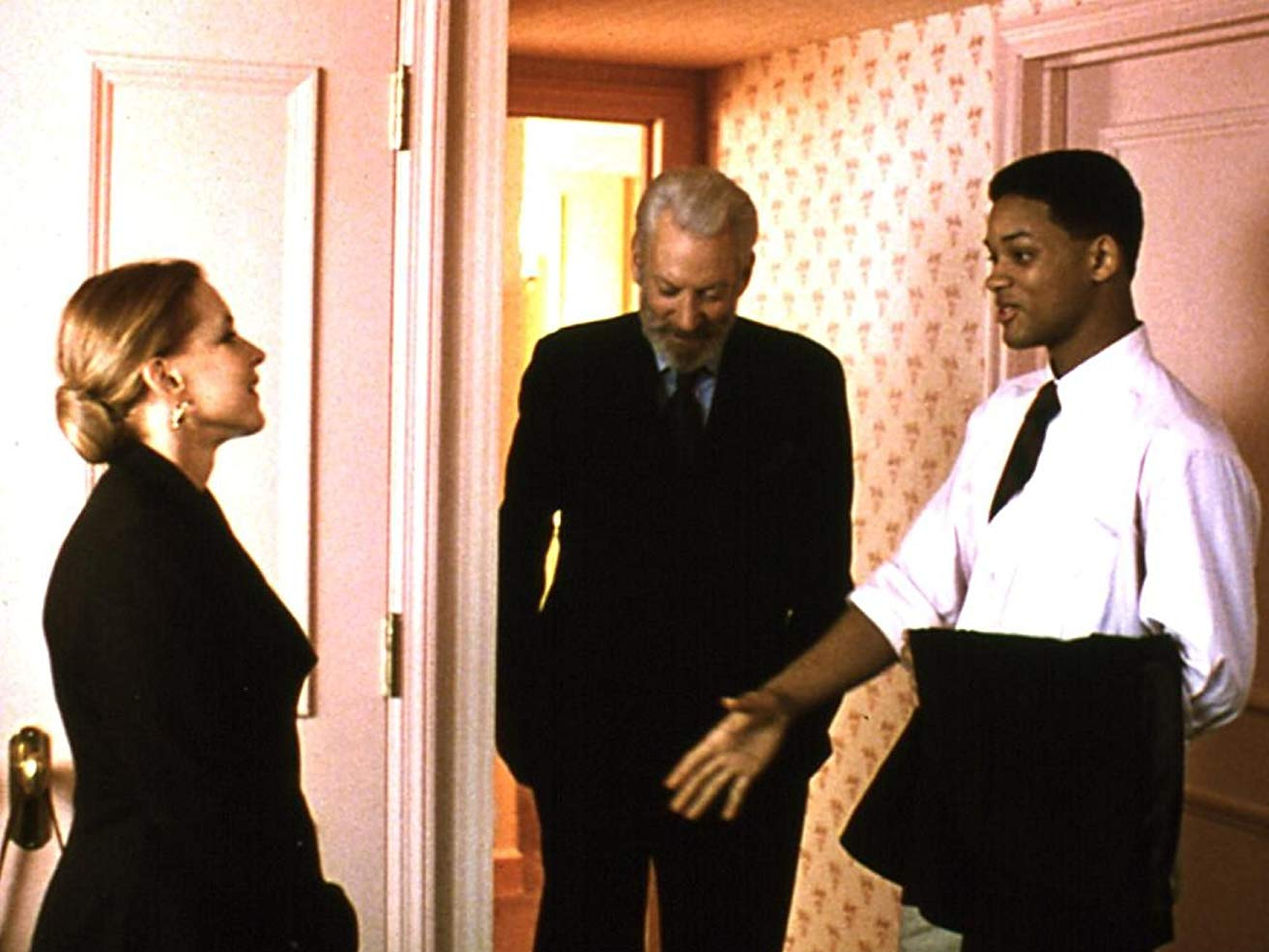 Summary: In “Six Degrees of Separation,” high-profile art dealers Flan (Donald Sutherland) and Ouisa (Stockard Channing) invite a shaken young man named Paul (Smith) into their home when he says he’s been mugged. Unfortunately, Paul is a con artist who is taking advantage of their hospitality.

Critics remarked that “Six Degrees of Separation” had the power and performance levels of a dynamic stage play and the commentary of a sharp satire.

Film critic Emanuel Levy wrote, “A rare sight: a sharply observed Hollywood satire of poignant ideas, such as opportunities in life, achieving fame in American society, and how we all are in one way or another con men.” 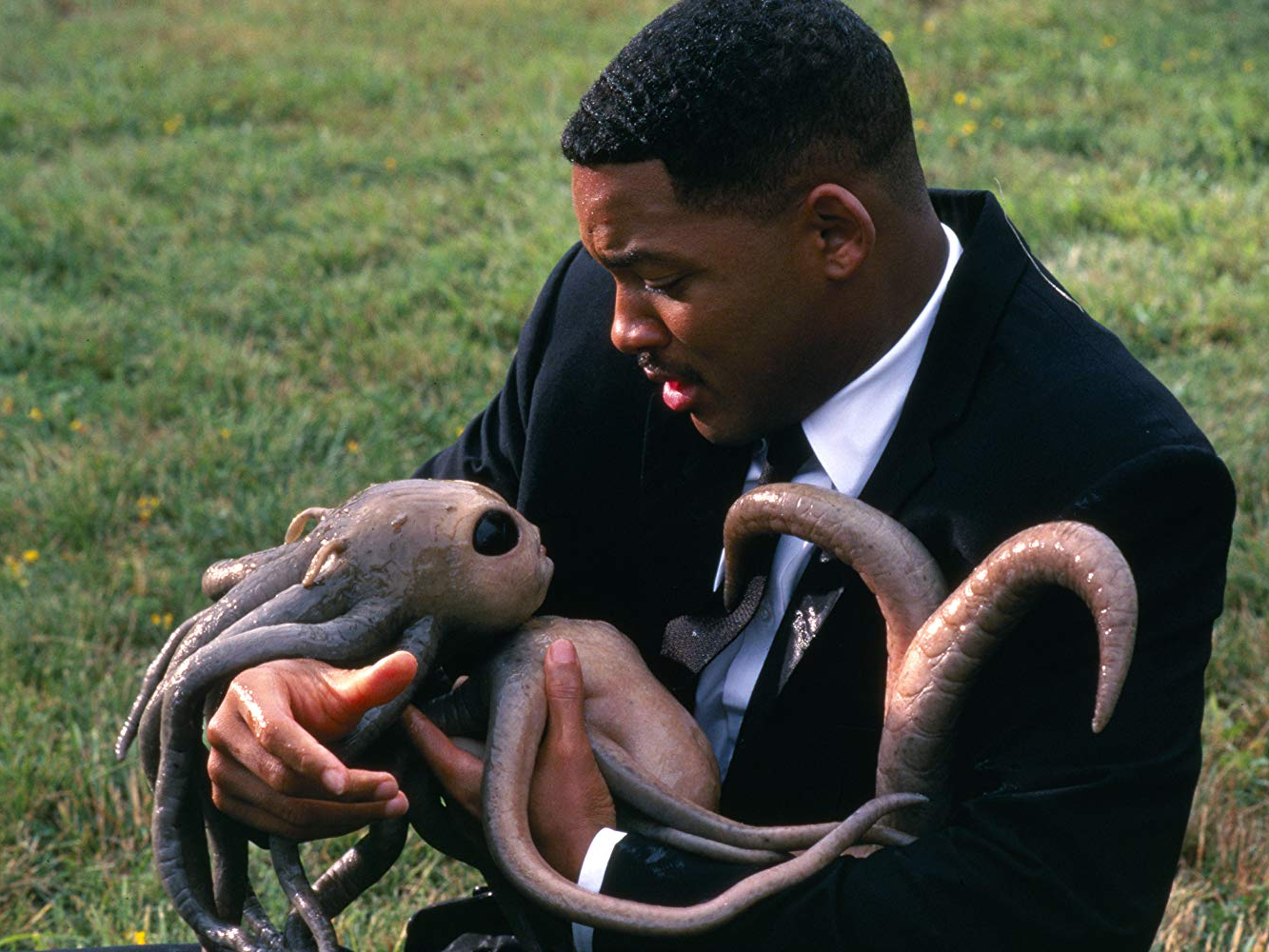 Summary: In the intergalactic comedy “Men in Black,” New York cop James Darrel Edwards (Smith) is recruited by a secret organisation that protects everyday citizens from the presence of aliens. Dubbed Agent J, the rookie teams up with experienced Agent K (Tommy Lee Jones) to rescue the galaxy from destruction.

Critics called the science-fiction comedy a playful and entertaining movie that was elevated by the efforts of the leads.

“‘Men in Black’ is the wryest, sharpest, most entertaining special effects film in recent memory, a simultaneous participant and mocking parody of the more-bang-for-your-buck behemoth genre,” wrote Paul Tatara for CNN.com.

The actor’s highest-rated film is the documentary “Dads” (2020). 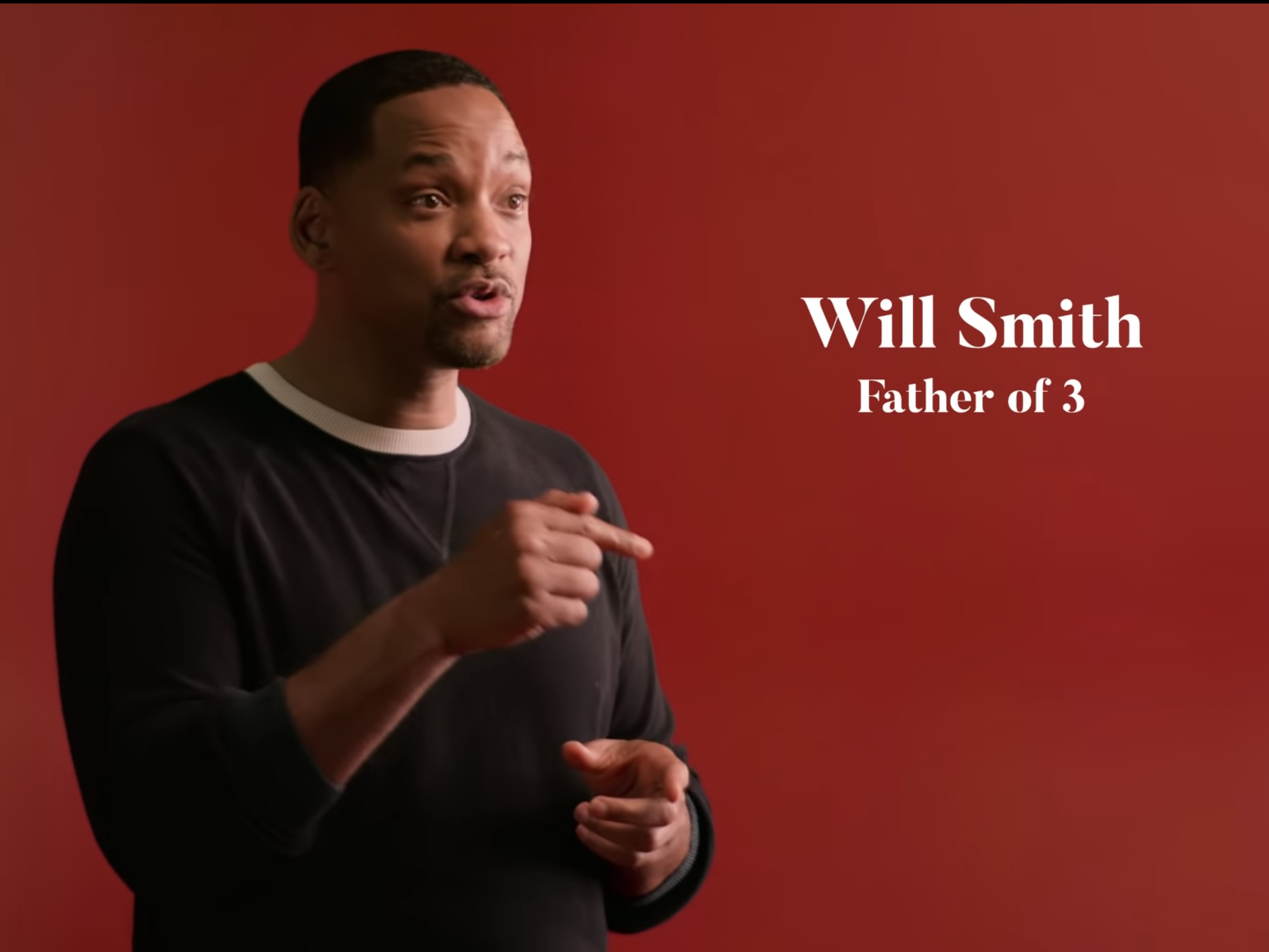 Imagine DocumentariesWill Smith was interviewed in the documentary ‘Dads.’

Summary: In the documentary “Dads,” ordinary fathers from around the world, as well as a few famous dads, discuss the beauties, struggles, and joys of modern fatherhood.

Most critics had nothing but good things to say about “Dads,” especially concerning the film’s touching message.

“An optimistic yet affecting exploration of how fatherhood has evolved over the years and how far it still needs to go,”Beandrea July wrote for The Hollywood Reporter.