Bernie Sanders says Democrats will use reconciliation to pass Biden's $2 trillion stimulus package. Here is how that would work. 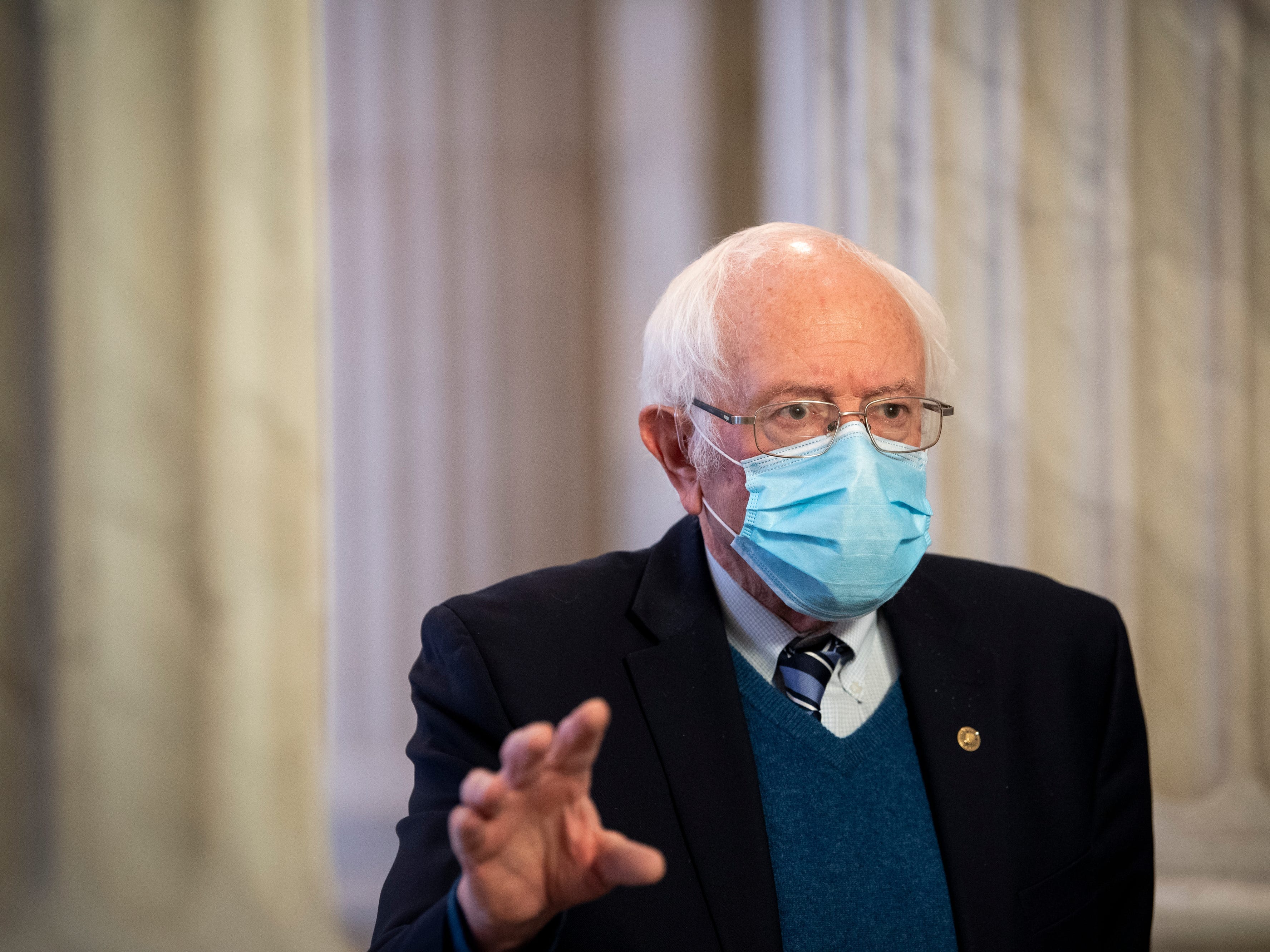 Caroline Brehman/CQ-Roll Call, Inc via Getty ImagesSen. Bernie Sanders, I-Vt., talks during an interview with MSNBC in the Russell Rotunda in Washington on Wednesday, Dec. 16, 2020.

Sen. Bernie Sanders of Vermont said on Sunday that Democrats will use budget reconciliation to pass President Joe Biden’s stimulus package with a simple majority in Congress.

In an interview with CNN’s Dana Bash, Sanders said that Democrats will use reconciliation to pass Biden’s $US2 trillion stimulus package to quickly provide aid to families suffering during the pandemic. Without reconciliation, Republicans could use the filibuster to prevent Democrats from passing legislation,Insider previously reported, and although Sanders has criticised Republicans’ usage of reconciliation in the past, he argued that with Americans needing immediate aid, this method is now necessary.

Sen. Bernie Sanders says Democrats will use reconciliation “as soon as we possibly can" to pass a Covid-19 relief package, which will allow for a 51 majority vote rather than 60.

“Yes, I did criticise them for that,” Sanders said to Bash. “And if they want to criticise me for helping to feed children who are hungry or senior citizens in this country who are isolated and alone and don’t have enough food, they can criticise me.”

Budget reconciliation is used to resolve different legislation from the House and Senate on tax and spending bills. Reconciliation “provides a fast-track process for consideration of bills to implement the policy choices embodied in the annual congressional budget resolution,” according to the House budget website.