Bernie Sanders wants Democrats to push for $1,200 checks as part of next stimulus and take a hard line against coronavirus lawsuit protections 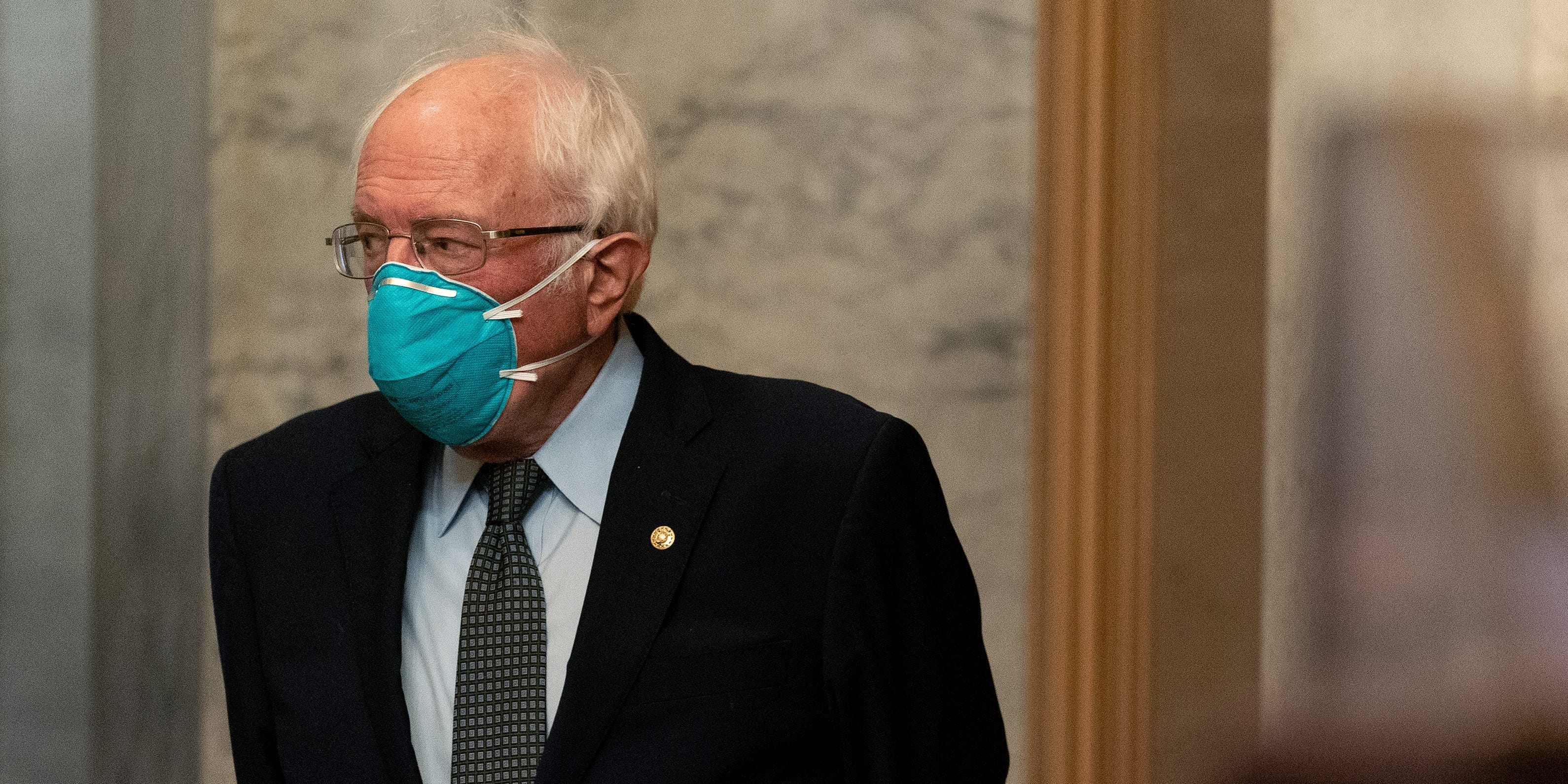 Democratic senators led by Sen. Bernie Sanders of Vermont want their colleagues to insist that $US1,200 payment make it into the next coronavirus stimulus package.

The latest development adds another wrinkle into the monthslong gridlock over passing a stimulus that would help keep the US economy and healthcare system afloat during the winter months as coronavirus cases surge and hospitals become overwhelmed.

The provision isn’t included in a bipartisan consensus bill that’s still being hammered out and which may be the only shot at a deal.

Congress is running out of time for a deal as they speed toward a Friday deadline to approve a must-pass spending bill to fund the government or face a shutdown. It’s possible that a stimulus will get tagged onto the spending bill, which is set to receive a deadline extension until December 18.

Sen. Josh Hawley, a Missouri Republican, told reporters this week that he’d also urged President Donald Trump to veto a stimulus that doesn’t include $US1,200 checks. On Tuesday, the White House sent a letter to Senate Republicans asking them to pass a stimulus that would include $US600 checks for Americans, the Washington Post reported.

It’s not clear whether Democrats will go along with the lower amount for direct aid checks. The letter from Sanders and five Democrats, obtained by Business Insider, gives a nod to the senators working on the $US908 billion coronavirus stimulus but says it doesn’t go far enough.

That bill would provide $US160 billion to states and local governments, distribute $US16 billion for a vaccine rollout, and allow $US288 billion in forgivable loans to small businesses. It would not provide $US1,200 checks to Americans, as a previous pandemic relief package signed into law in March did.

Sanders and the five other senators who signed the letter said the checks are a pivotal measure in any relief package. They also urged their colleagues to push back against measures to shield businesses from coronavirus-related lawsuits.

“It would continue to provide a get-out-of-jail free card to companies that put the lives of their workers and customers at risk,” the letter states. It went on to warn that “corporations will be encouraged to avoid implementing the common sense safety standards needed to protect workers and consumers â€” and make a bad situation worse.”

The bipartisan legislation in the works would provide businesses with federal shields from lawsuits in the short term and then allow states time to come up with their own liability protections. Many states have already implemented such protections.

Senate Majority Leader Mitch McConnell has said for months that he wouldn’t bring a stimulus to the floor unless it contained liability protections, calling it a “red line.” McConnell has said he wants to protect businesses, schools, and hospitals from facing what he has called “frivolous” lawsuits from workers and customers who claim that a place of business was the source of their infection.

But Democrats argue the liability shield would jeopardize the health and well-being of workers during the pandemic.

On Tuesday, however, McConnell’s position appeared to soften. He indicated he was open to setting aside both state aid and the liability shield until early next year, since the incoming Biden administration has said it would pursue another federal assistance package.

“We know the new administration’s gonna be asking for another package. What I recommend is we set aside liability, set aside state and local and pass those things that we can agree on, knowing full-well we’ll be back at this after the first of the year,“ the Kentucky Republican said at his weekly press conference. His comments also appeared to acknowledge the incoming Biden administration.


Even more people would lose paychecks if Congress misses its critical spending deadline. Here’s how a government shutdown would affect you.

READ THE LETTER BELOW: