Bernie Sanders is taking on Jeff Bezos again, asking him to testify before the Senate about Amazon's reported attempts to quash a union vote in Alabama 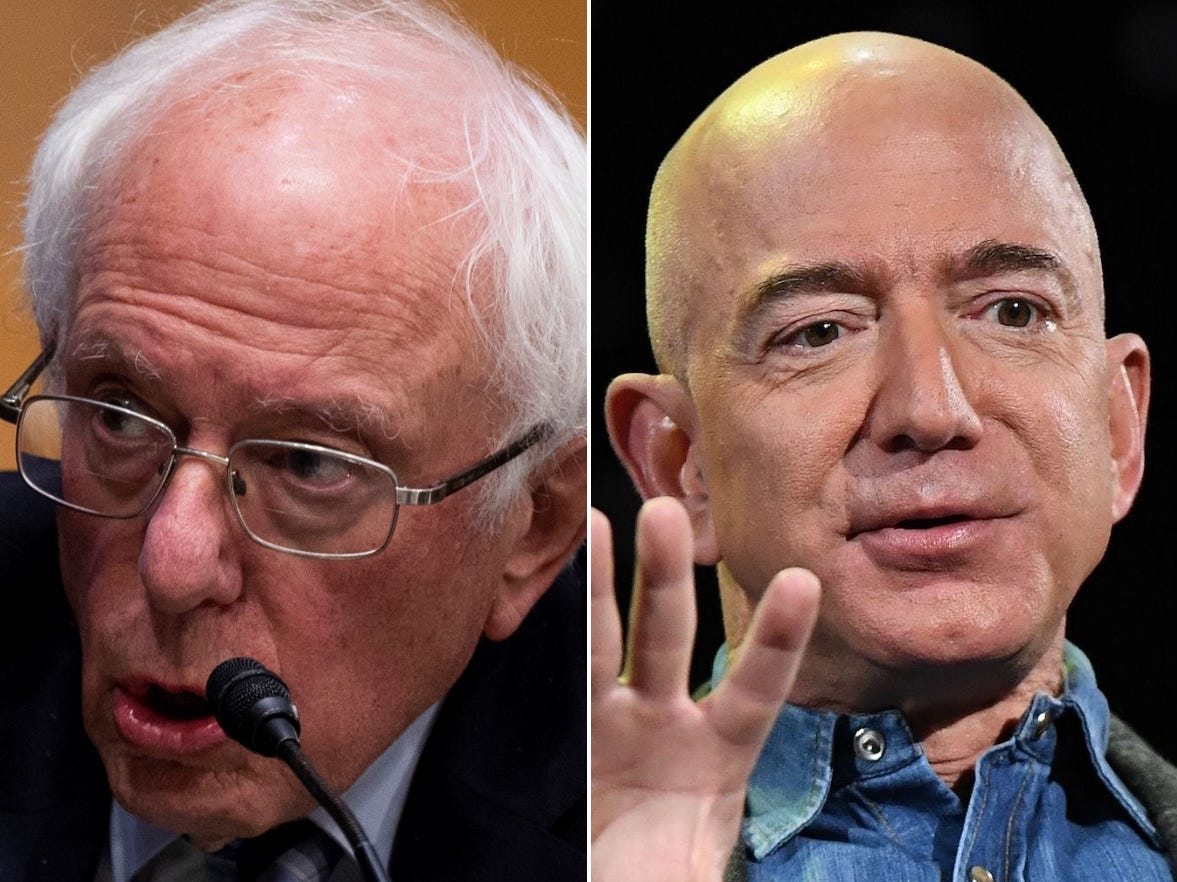 In an interview with the Washington Post, Sanders said Bezos had been invited to testify at a hearing being held on Wednesday on income inequality.

Already appearing at the hearing is an Amazon employee called Jennifer Bates, who has been part of a unionization push at a warehouse in Bessemer, Alabama.

“What you are seeing right now in Bessemer is an example of the richest person in this country spending a whole lot of money to make it harder for ordinary working people to live with dignity and safety,” Sanders told the Post.

The vote on whether to form a union at Bessemer started on February 8, and will run until March 29. Various reports have emerged of Amazon deploying anti-union tactics, including putting up anti-union signs in the bathroom stalls, targeting workers with anti-union ads on Twitch, and sending workers texts urging them to vote no.

If the union is established, it would be the first Amazon union in the US. President Joe Biden addressed the vote in a video earlier this month, in which he said there should be “no intimidation, no coercion, no threats, no anti-union propaganda.”

Read more:
Joe Biden’s statement on unions is a warning for Amazon and other employers to take labor laws seriously

“If they can win, I think that will send a message to workers all over this country that if you are prepared to stand up and fight, you can win a union, you can win better wages and better working conditions,” Sanders told the Post.

There is some evidence already that the Bessemer vote is having a knock-on effect. The Retail, Wholesale, and Department Store Union (RWDSU) said earlier this week that it has received enquiries from more than 1,000 Amazon workers about the possibility of unionization.

This isn’t the first time Sanders has gone up against Amazon. In 2018, he pressured the tech giant to raise its minimum wage, at one point introducing the Stop Bad Employers by Zeroing Out Subsidies, or “Stop BEZOS” bill. Amazon officially raised its minimum wage to $US15 ($19) per hour in October 2018.

“Bezos has become a symbol of the unfettered capitalism that we are living under right now, when the very, very rich are doing phenomenally well while ordinary working people are struggling to put food on the table,” Sanders told the Post.

Amazon was not immediately available for comment when asked by Insider whether Bezos would be taking up the invitation to testify.