A look at the daily routine of Benjamin Franklin, who didn't always follow his own 'early to bed, early to rise' advice 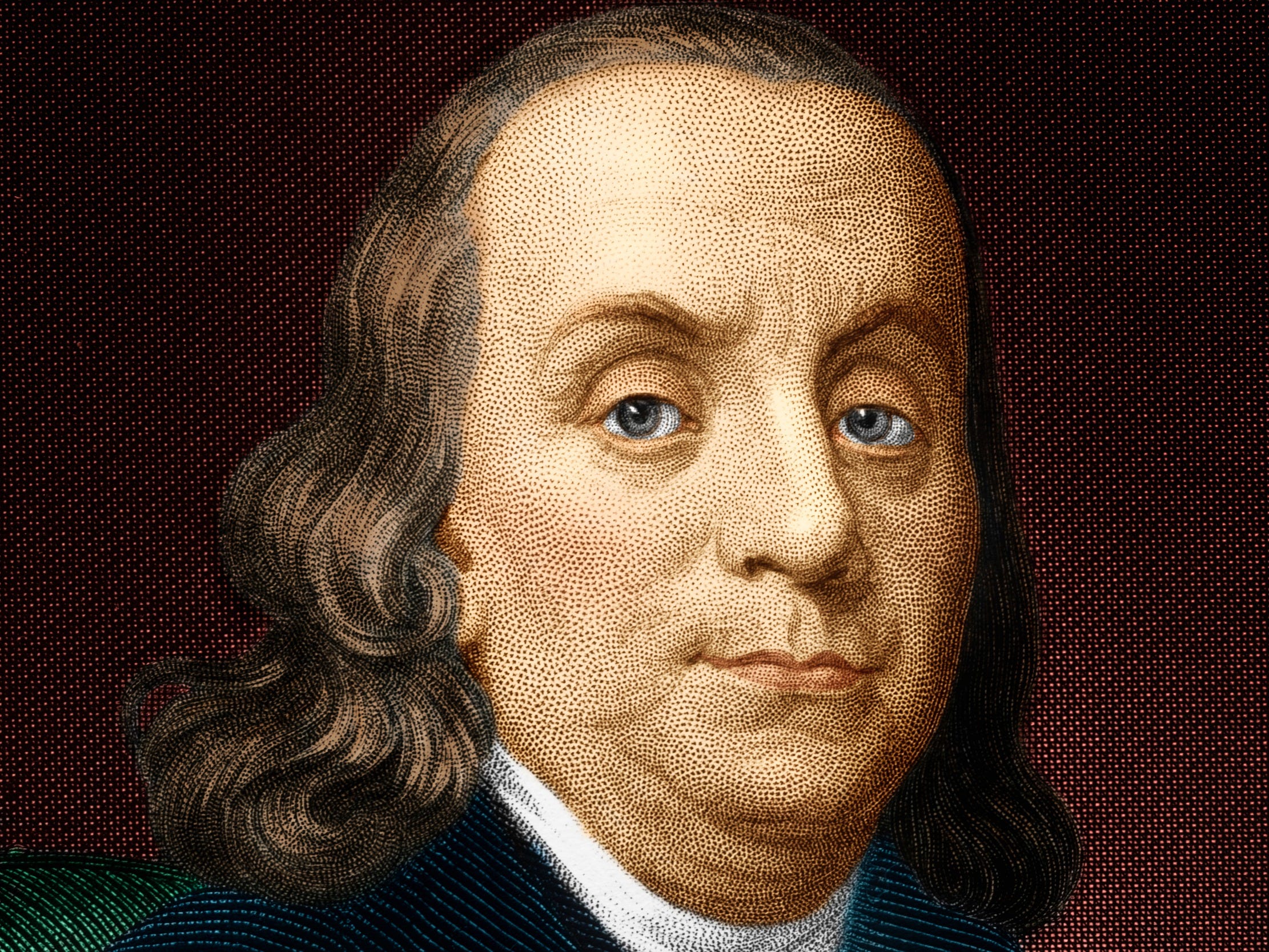 joecicak/Getty ImagesBen Franklin, a writer, diplomat, and Founding Father of the US, lived a very structured life, making plenty of time for reading and writing.

After getting his start in the printing business, he went on to establish himself as a leading writer and political thinker in the English colonies in North America; invent the lightning rod, bifocals, and swim fins; make a number of crucial scientific discoveries; and help draft the Declaration of Independence and secure his country’s freedom from England.

The Founding Father got a lot done, so it’s no surprise that he earned the unofficial moniker of “First American.”

It’s definitely not a shock that he was pretty intentional about his time, according to his autobiography.

You probably know the old cliche, which is popularly attributed to Franklin: “Early to bed, early to rise, makes a man healthy, wealthy, and wise.” According to his autobiography, the Founding Father did wake up early, rising at 5 a.m. 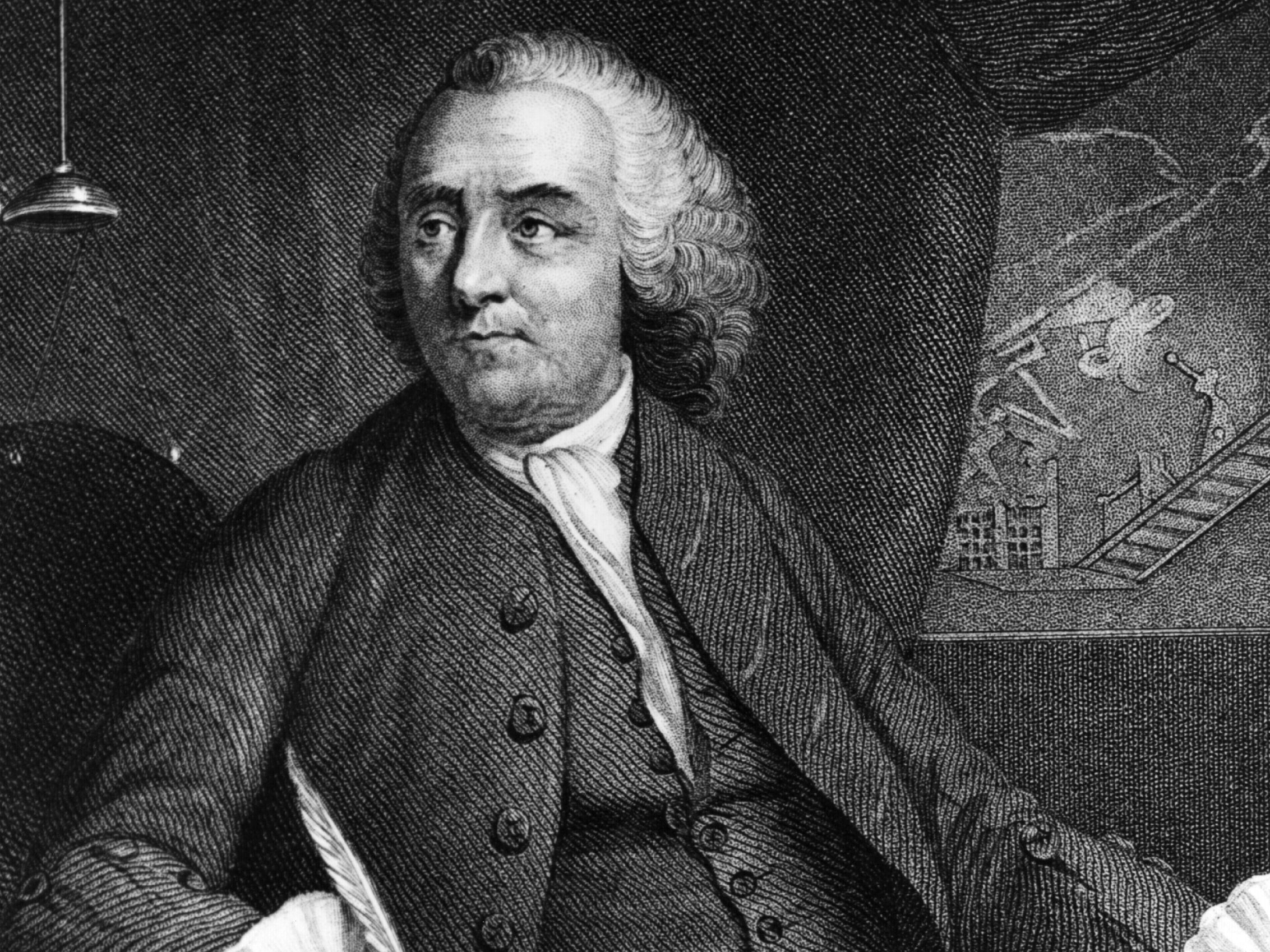 He would then wash up and practice positivity and gratitude by addressing “Powerful Goodness.” This “Powerful Goodness” was Franklin’s concept of God. The Founding Father was a Deist, meaning he believed in a higher being. 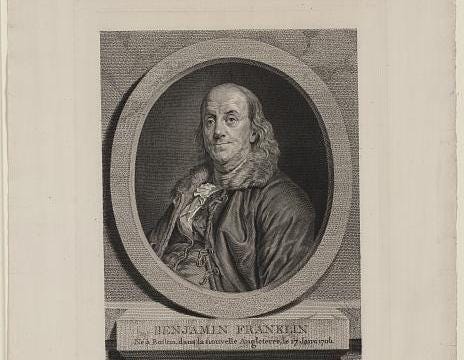 Before 8 a.m., Franklin would also get down to business and do some reading. 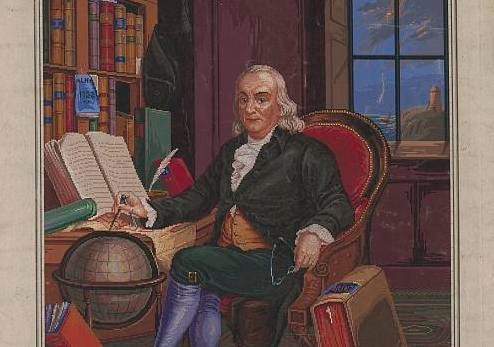 Source: “The Autobiography of Benjamin Franklin“ 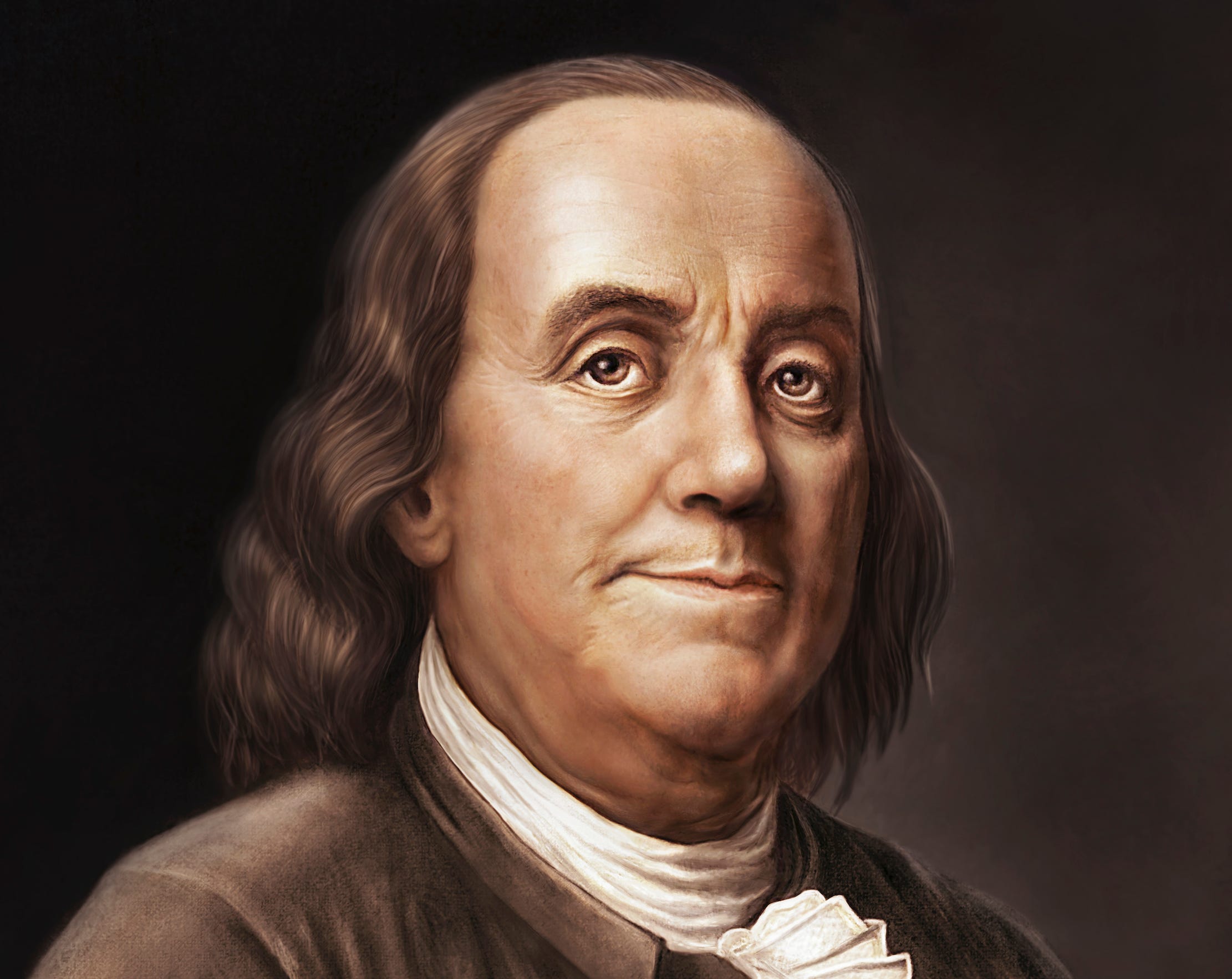 Every week, Franklin would pick a different virtue to focus on and note his failings on a special chart. In his autobiography, he wrote, “I was surprised to find myself so much fuller of faults than I had imagined; but I had the satisfaction of seeing them diminish.” 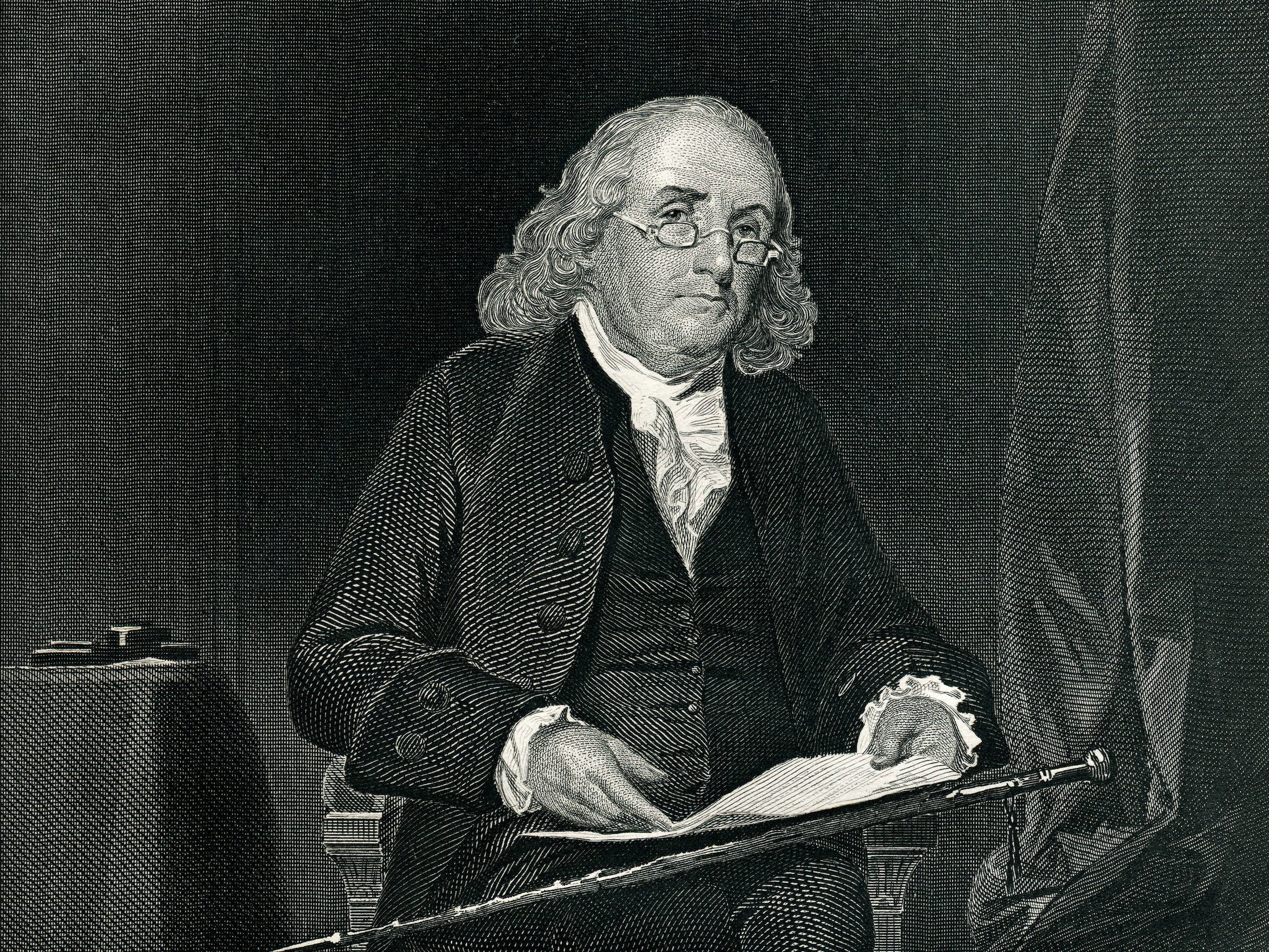 Franklin would also break his fast before 8 a.m. It’s unclear what breakfast foods he favoured. 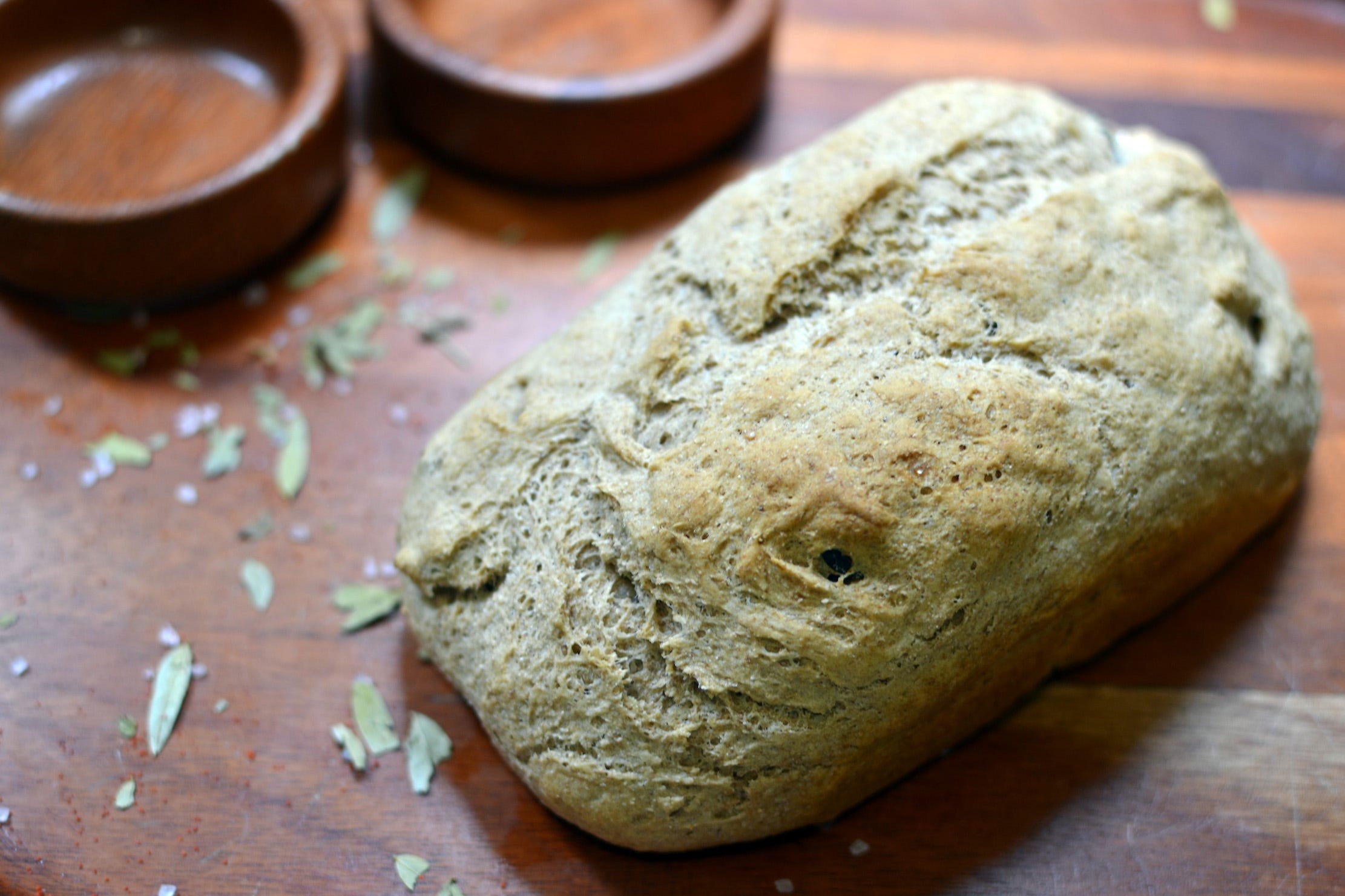 It is known that he had a particular hankering for cranberries, honey, and, of course, apples. Not surprising, given the phrase “an apple a day keeps the doctor away” is commonly attributed to the statesman — though the saying actually predates Franklin. 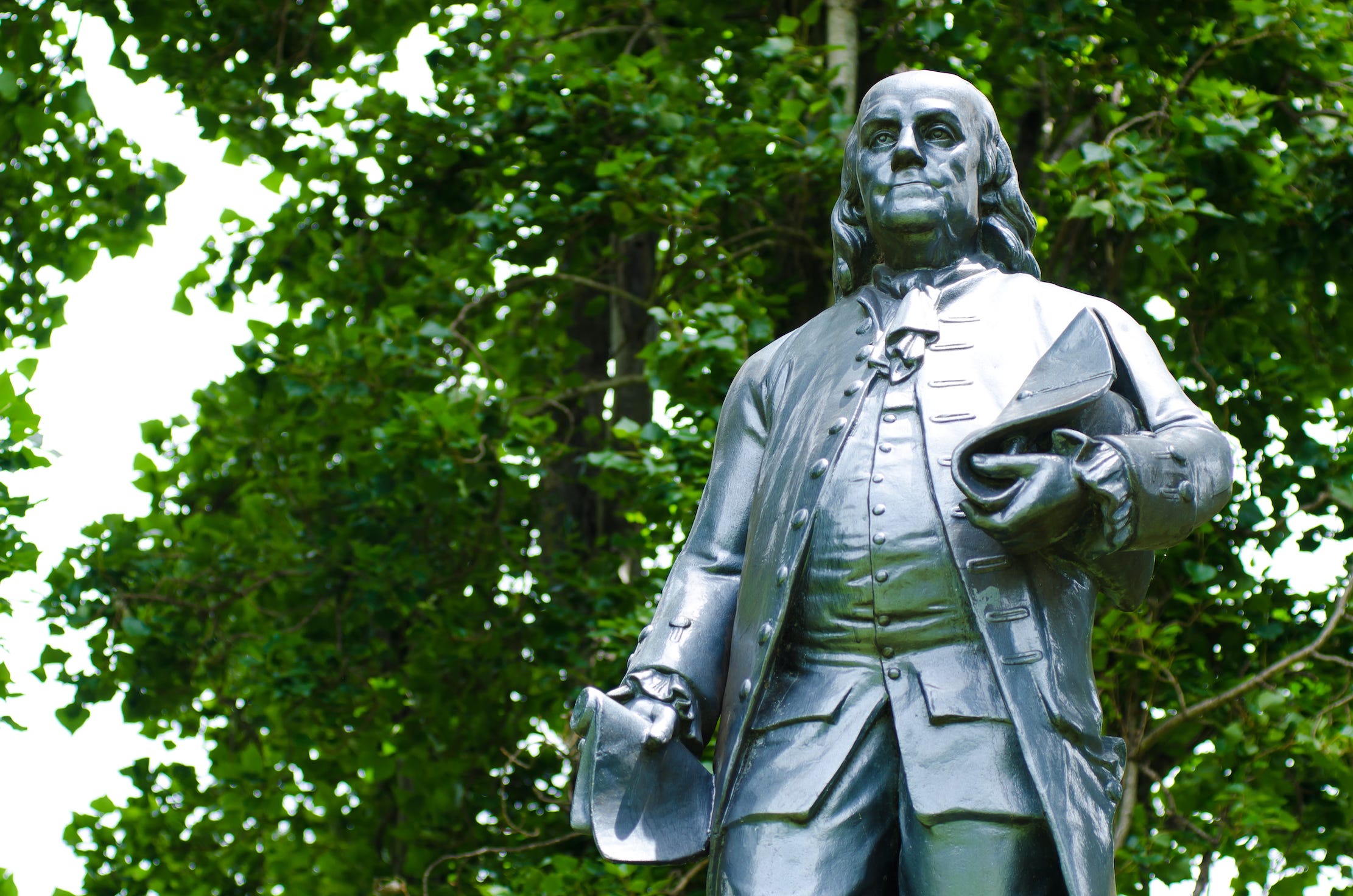 Franklin even once wrote a letter criticising his wife Deborah for forgetting to ship him a barrel of apples while he was living abroad. 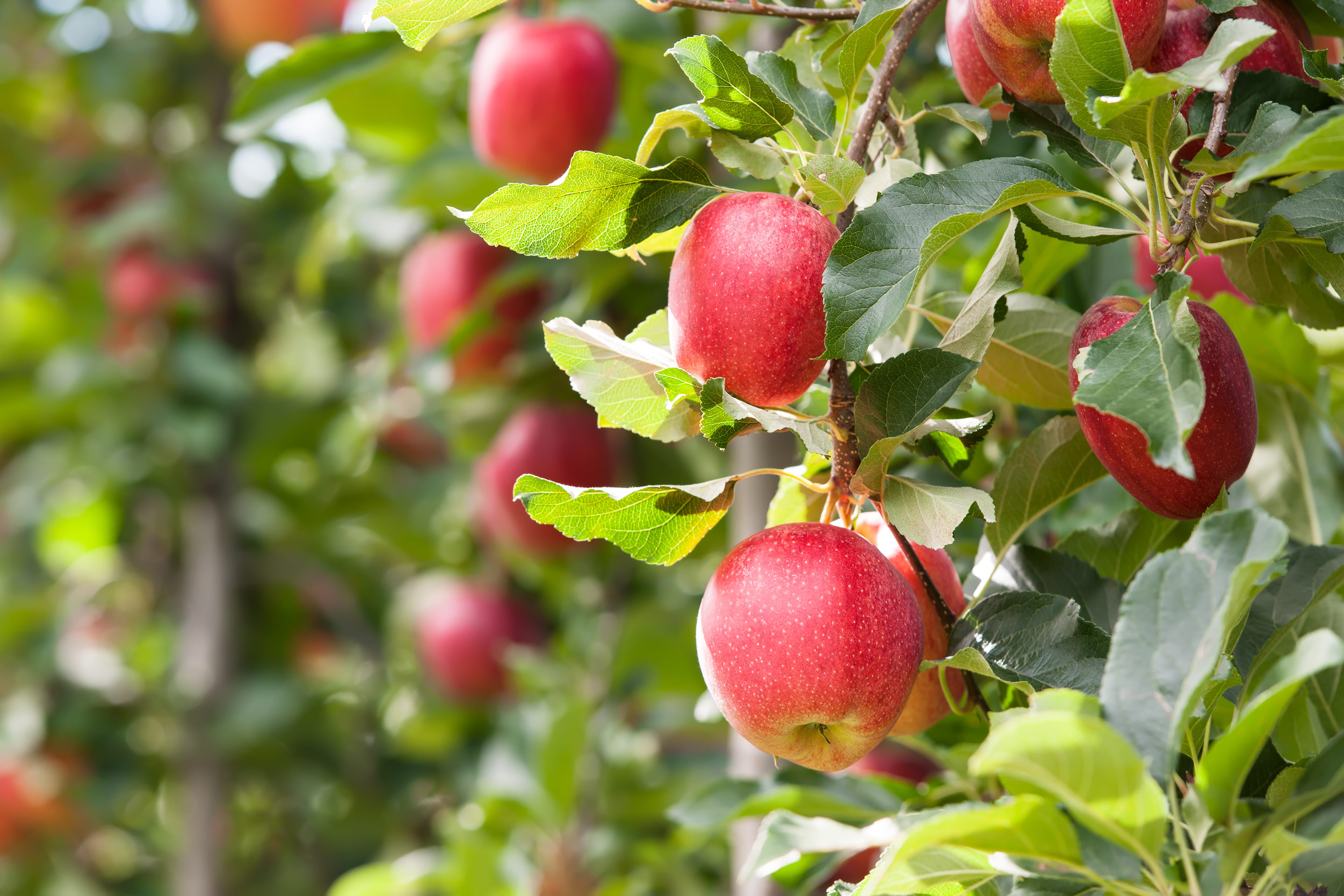 After eating, Franklin would work until noon. Over the years, the nature of this work varied as the Founding Father’s career took a number of twists and turns. 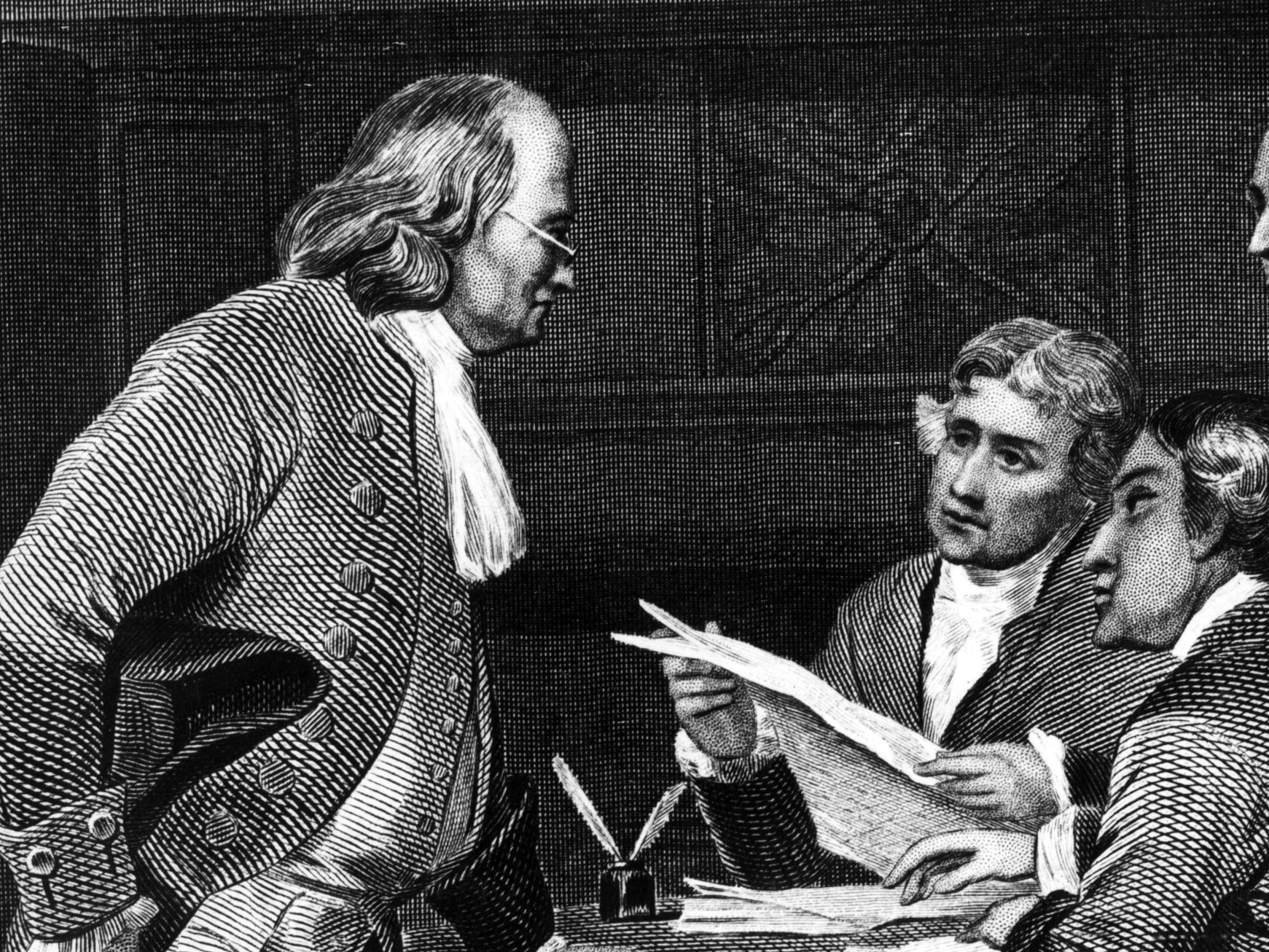 Franklin’s hypothetical résumé could feature the titles of statesman, printer, author, scientist, inventor, diplomat, drafter of the Declaration of Independence, and delegate to the Constitutional Convention. So it’s safe to say that his schedule likely varied based on his role and other circumstances. 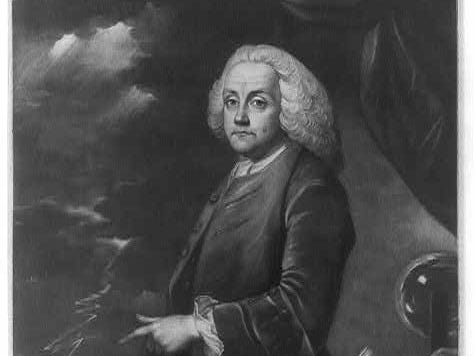 Still, on an average day, Franklin wrote that he would “read or overlook my accounts, and dine” from noon to 2 p.m. This midday dinner was Franklin’s primary meal of the day. In terms of Franklin’s favourite foods, we do know that he wrote about his approval of potatoes, ginseng, maple syrup, corn, parmesan cheese, and turkey. 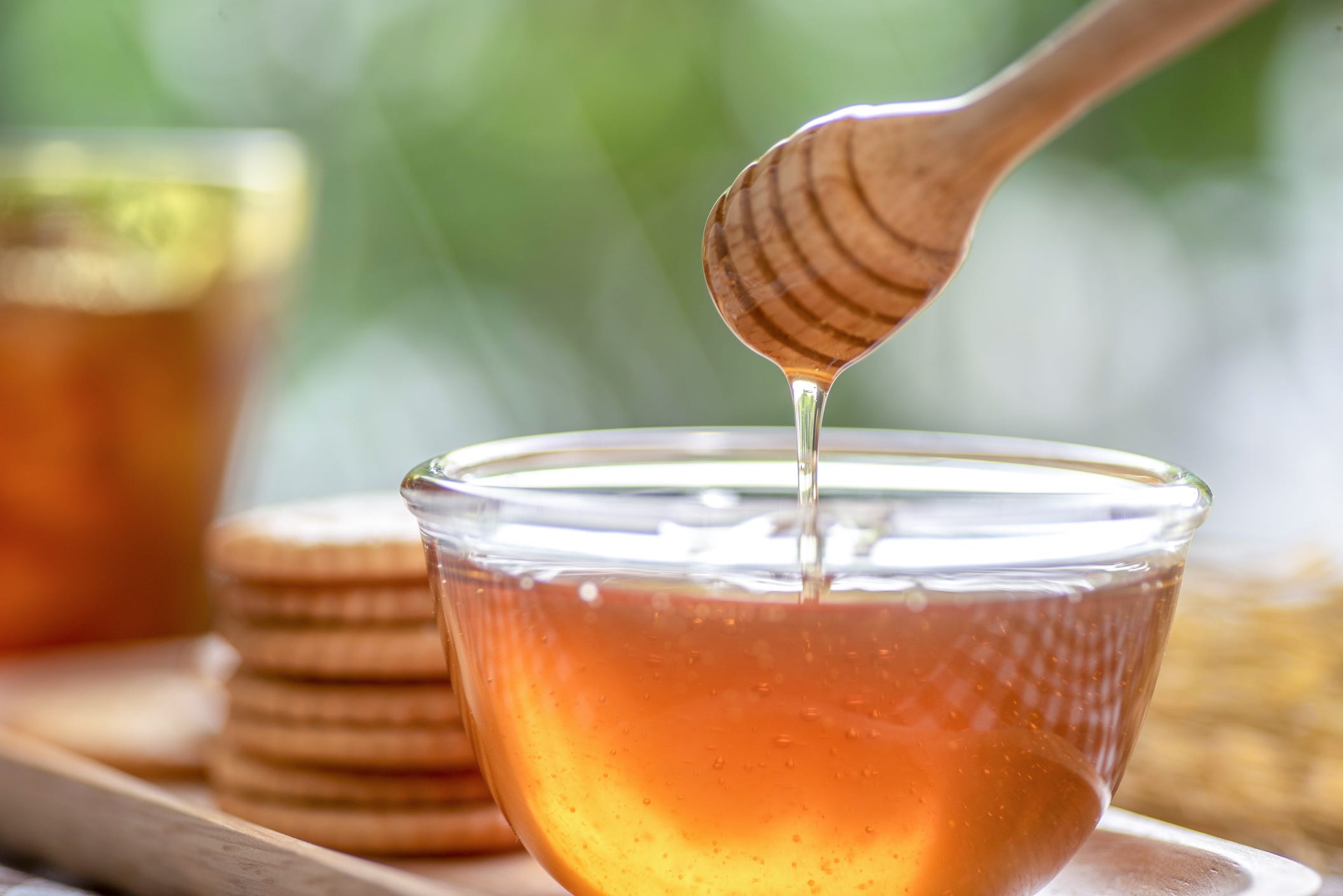 Franklin can also be credited with helping to introduce tofu, rhubarb, and Scottish kale to colonial America. 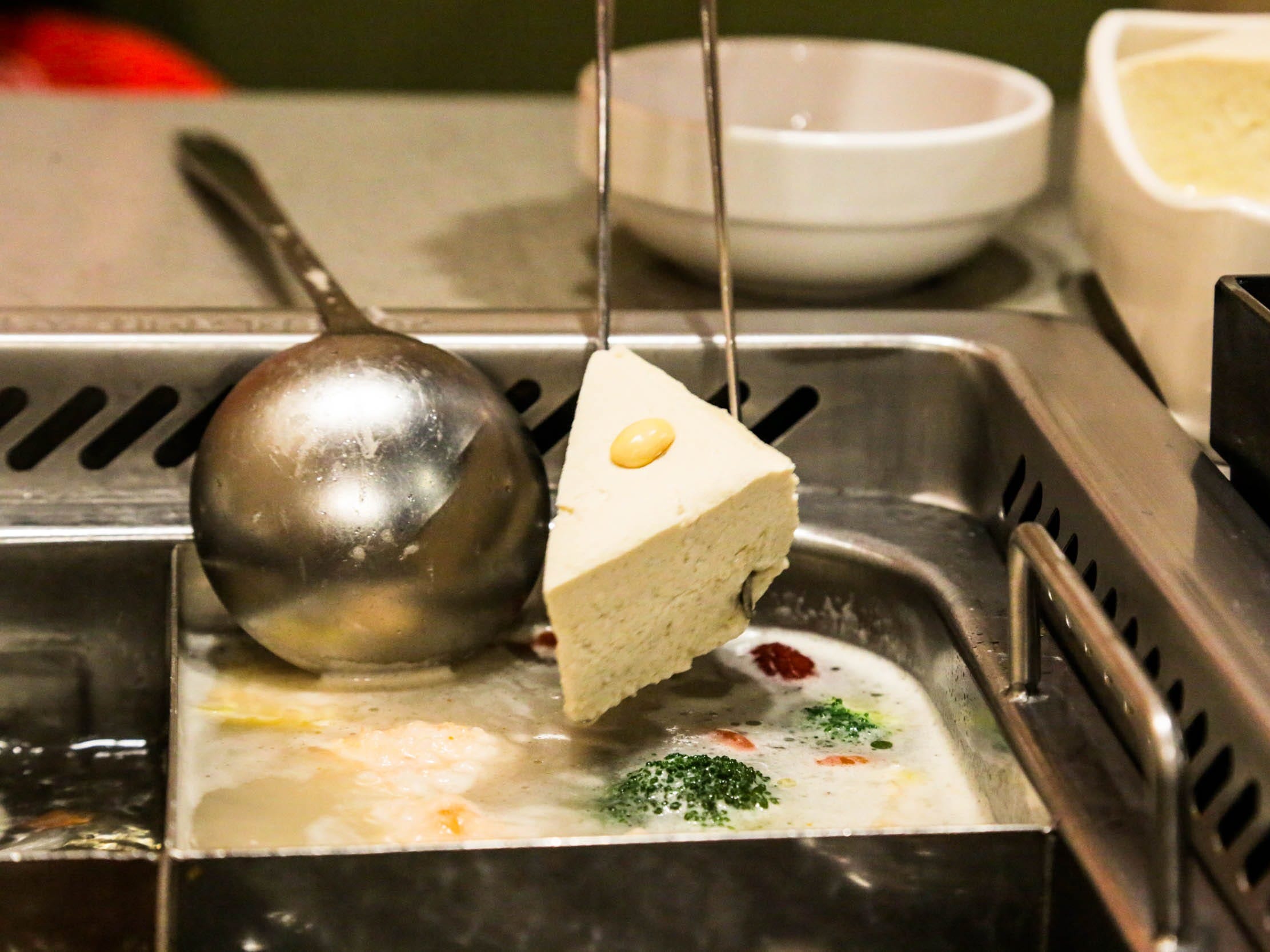 At 2 o’clock in the afternoon, Franklin returned to work, and he would keep at it until 6 p.m. in the evening. 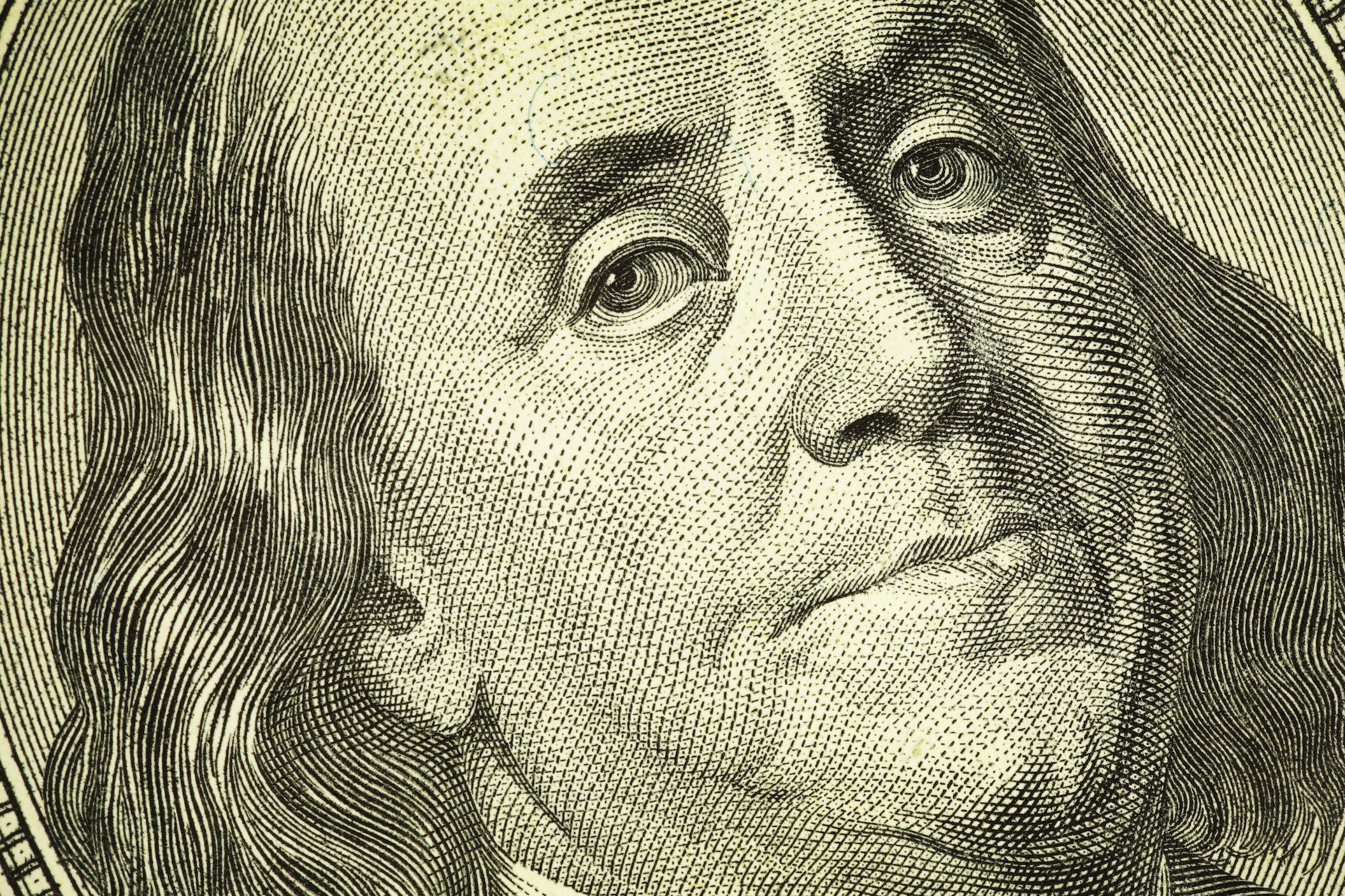 Franklin is popularly imagined as a somewhat portly, gout-ridden older man, but he was far more active and athletic in his youth. According to Real Clear Science, he kept in shape as a typesetter by “running up and down stairs with heavy trays of lead type” and foregoing alcohol in favour of water. 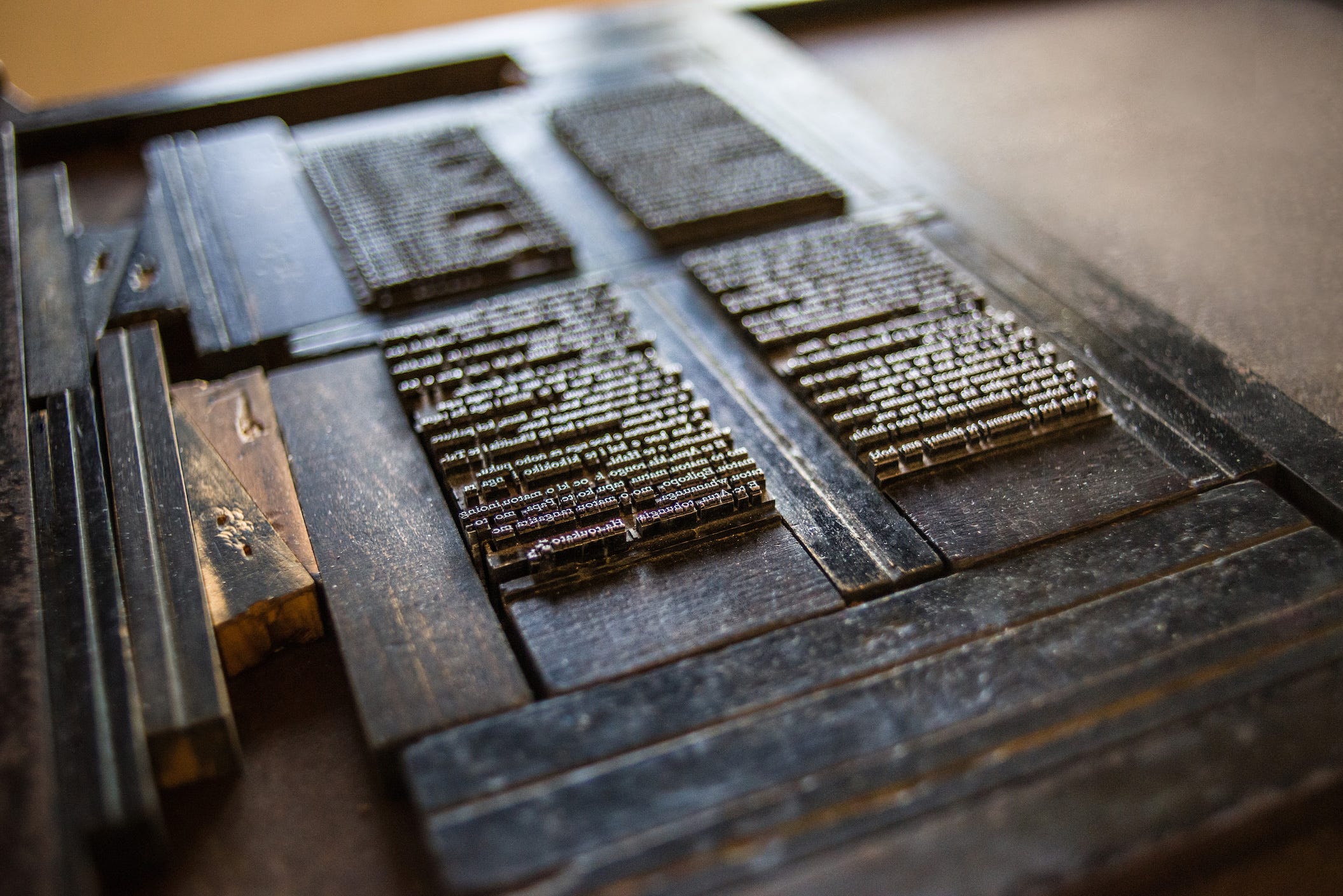 He was also a competent swimmer and was even honoured by the International Swimming Hall of Fame. He once clocked a three and a half mile swim in the Thames, going from Chelsea to Blackfriars.

From 6 p.m. to 10 p.m., Franklin wrote that he liked to “put things in their places,” eat supper, and enjoy music and conversation. The Founding Father played the viola da gamba, and even invented a musical instrument: the glass harmonica. 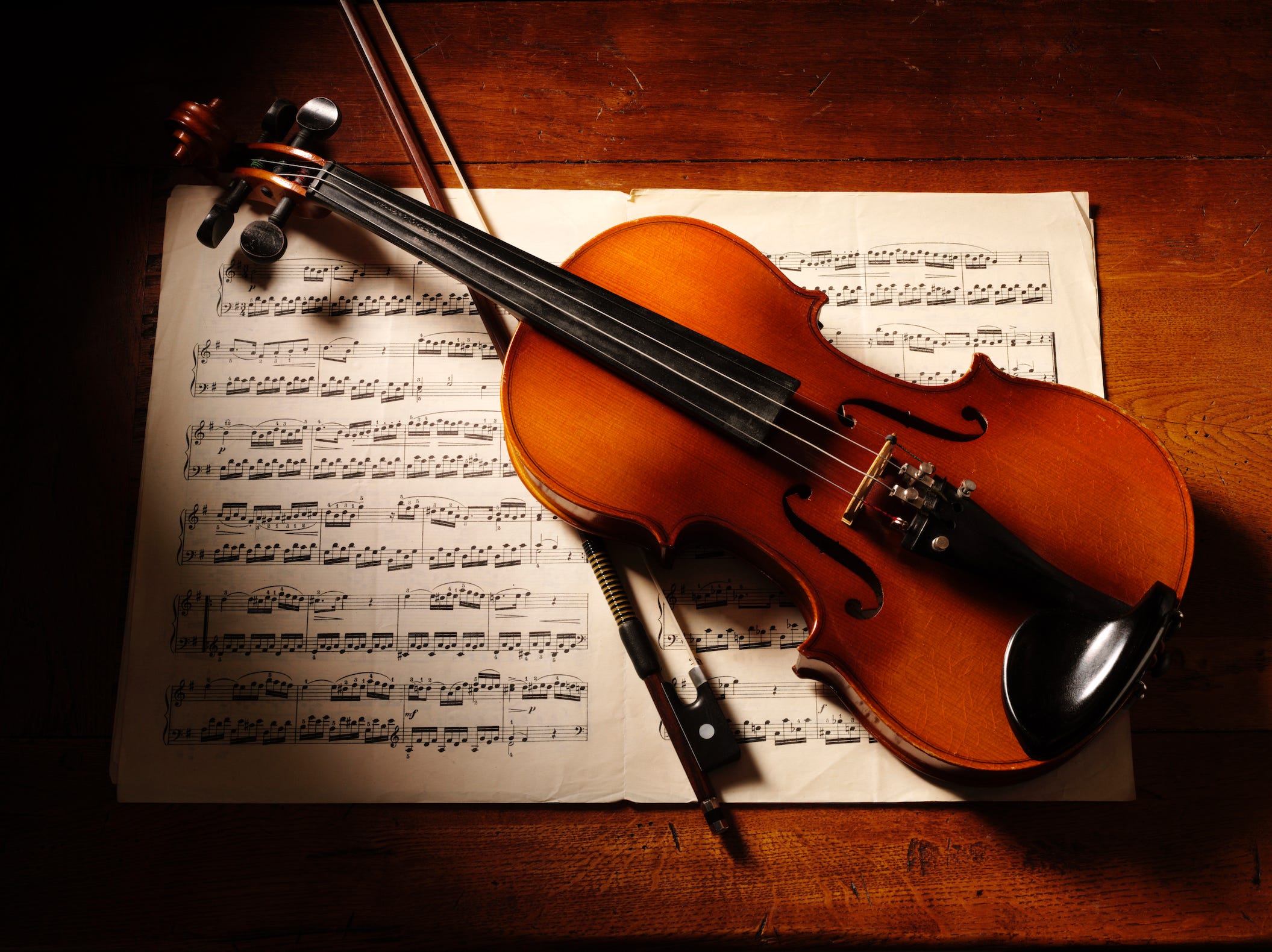 Shortly before bed, Franklin would commence with an “examination of the day,” asking himself the question “What good have I done today?” 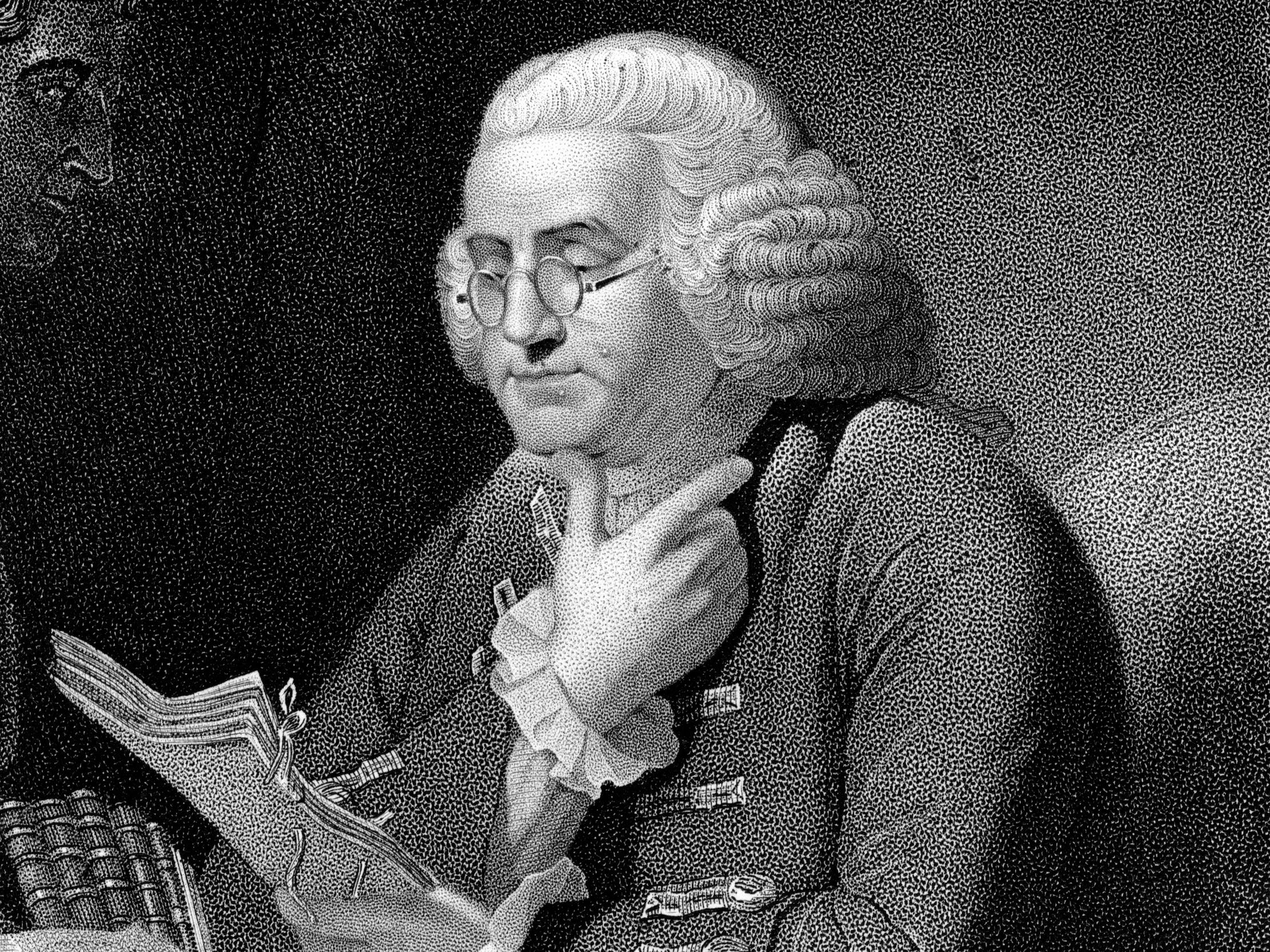 He would then turn in at 10 p.m. and proceed to sleep for seven hours. 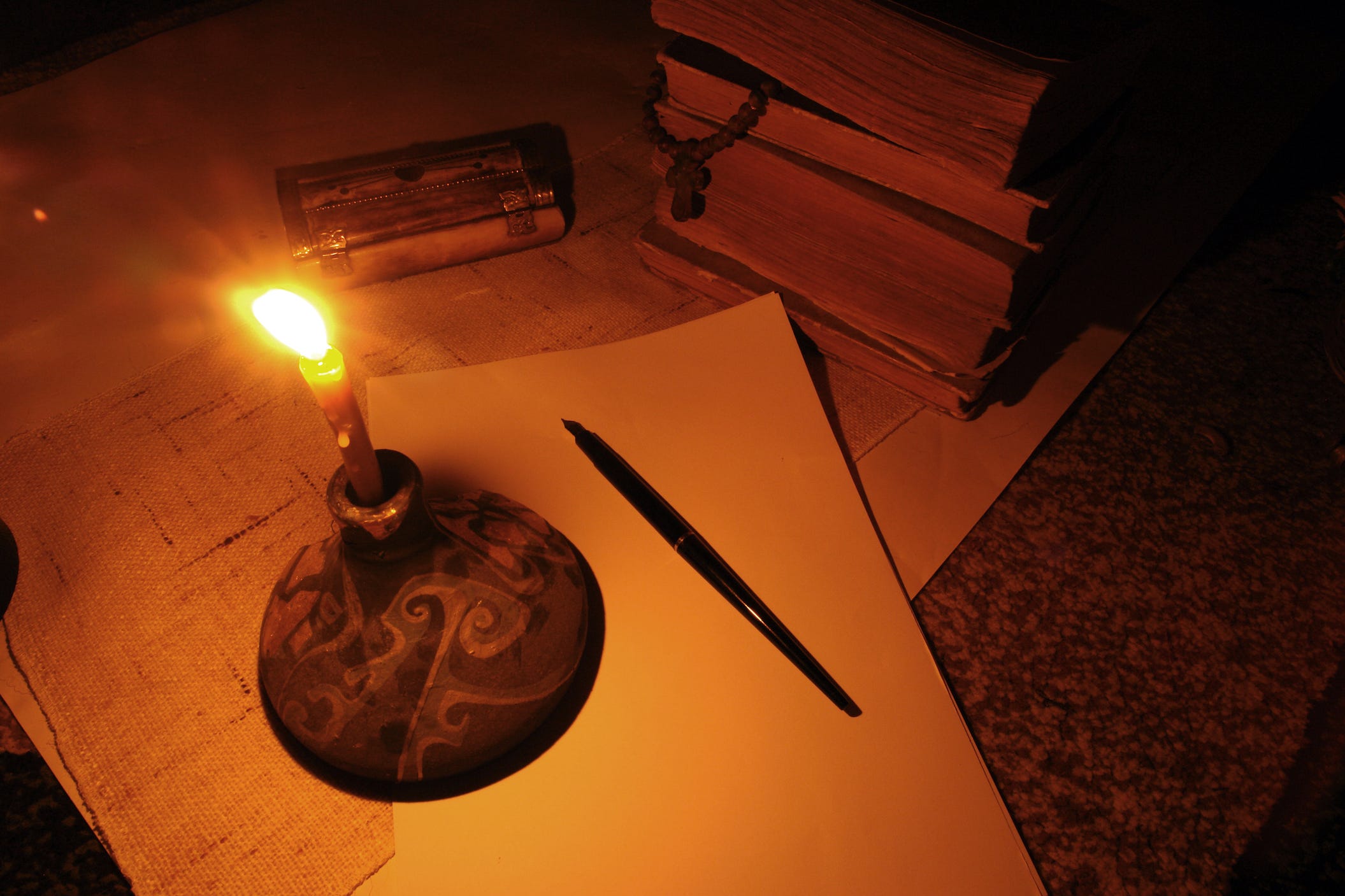 John Adams wrote that Franklin “believed in the benefits of fresh air at night” — contrary to popular opinion at the time, which lambasted night air as unhealthy — and slept with the window open. Adams learned this the hard way. He and Franklin had to share a bed in September 1776 while travelling together. 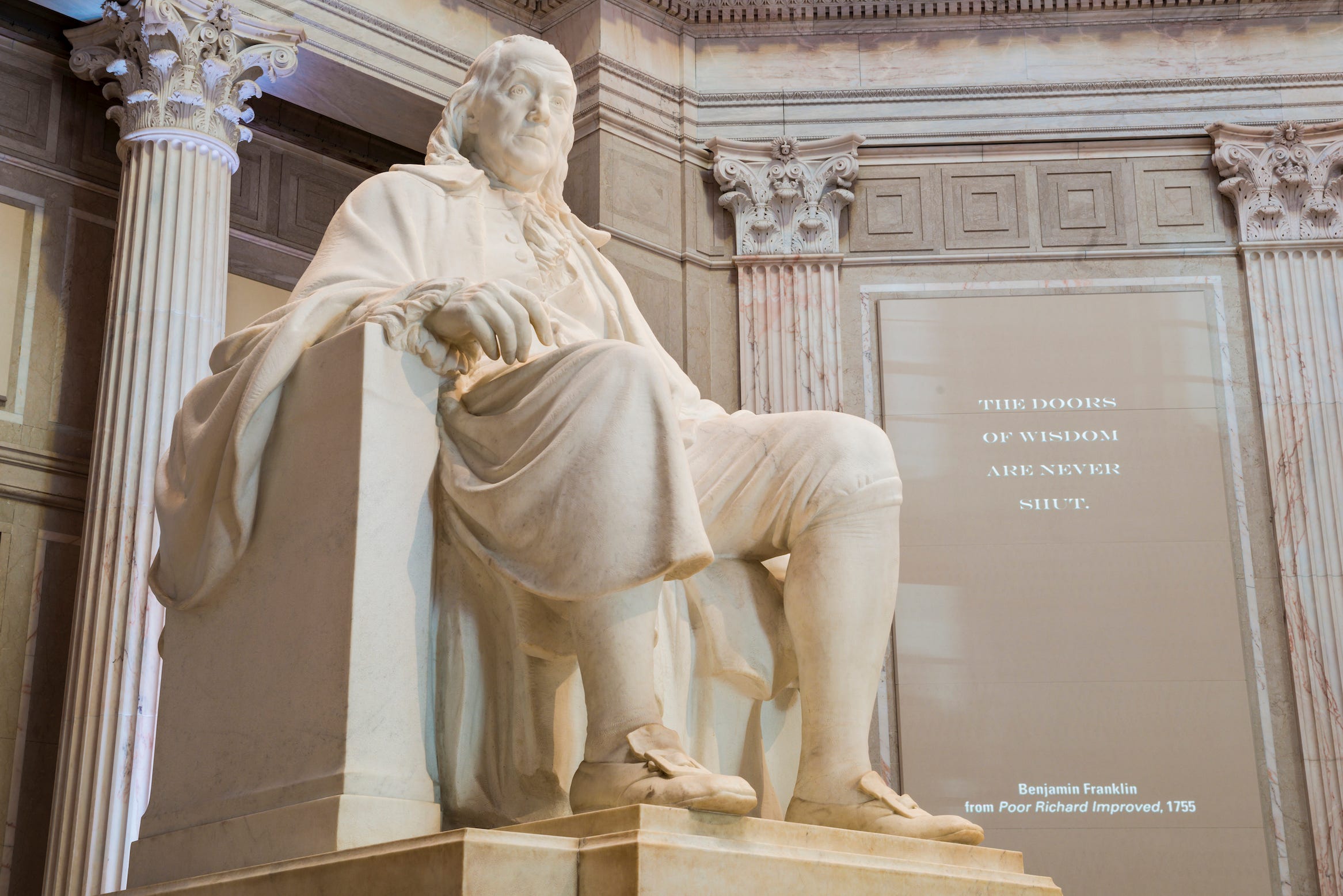 Of course, Franklin himself would admit that he didn’t always perfectly apply some of his popular wisdom to his own life. 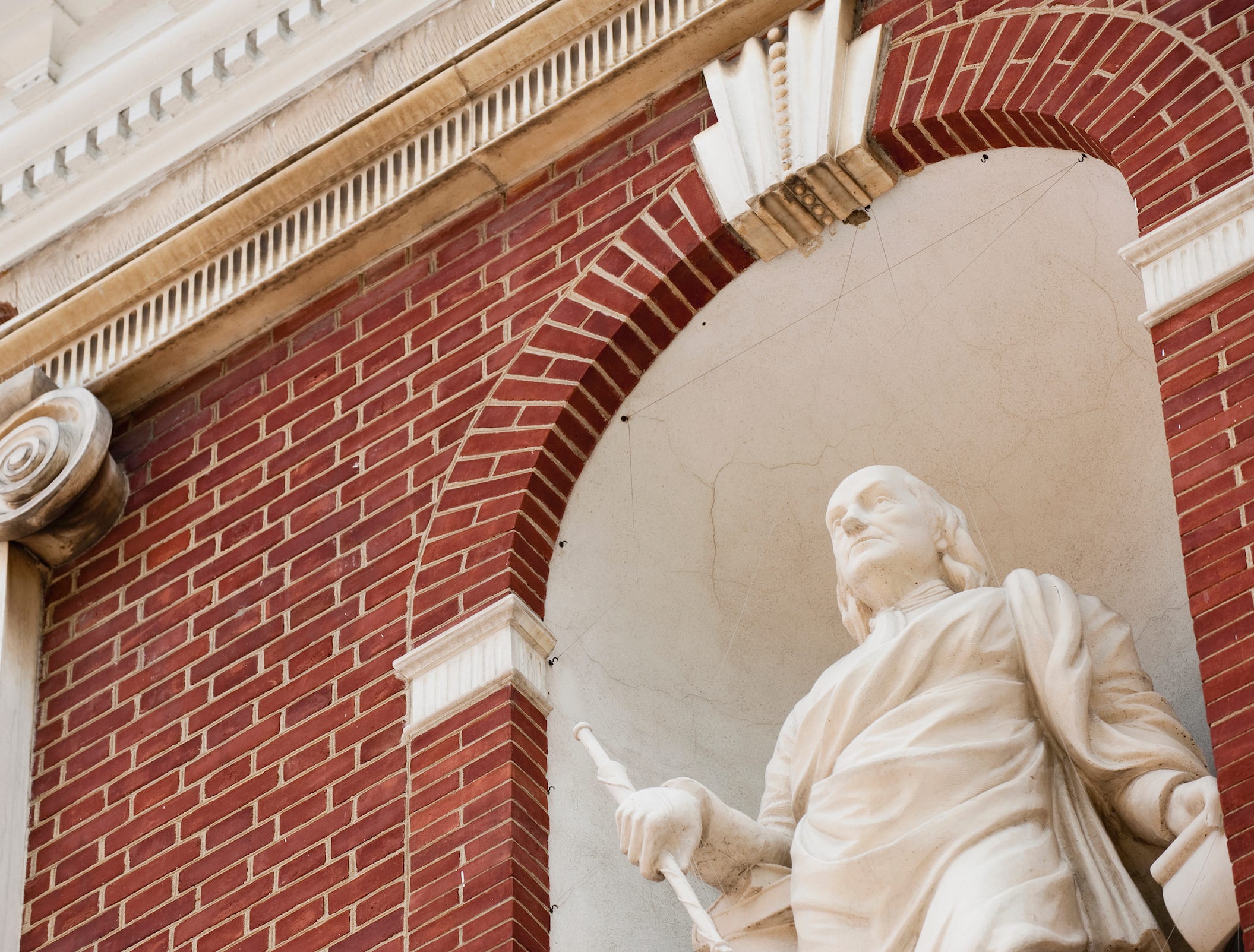 Source: “The Autobiography of Benjamin Franklin“

Adams would agree. The two men worked together in Paris while attempting to convince the French monarchy to support their revolutionary cause. He got to witness his colleague’s daily behaviours up close, and he wasn’t always impressed. 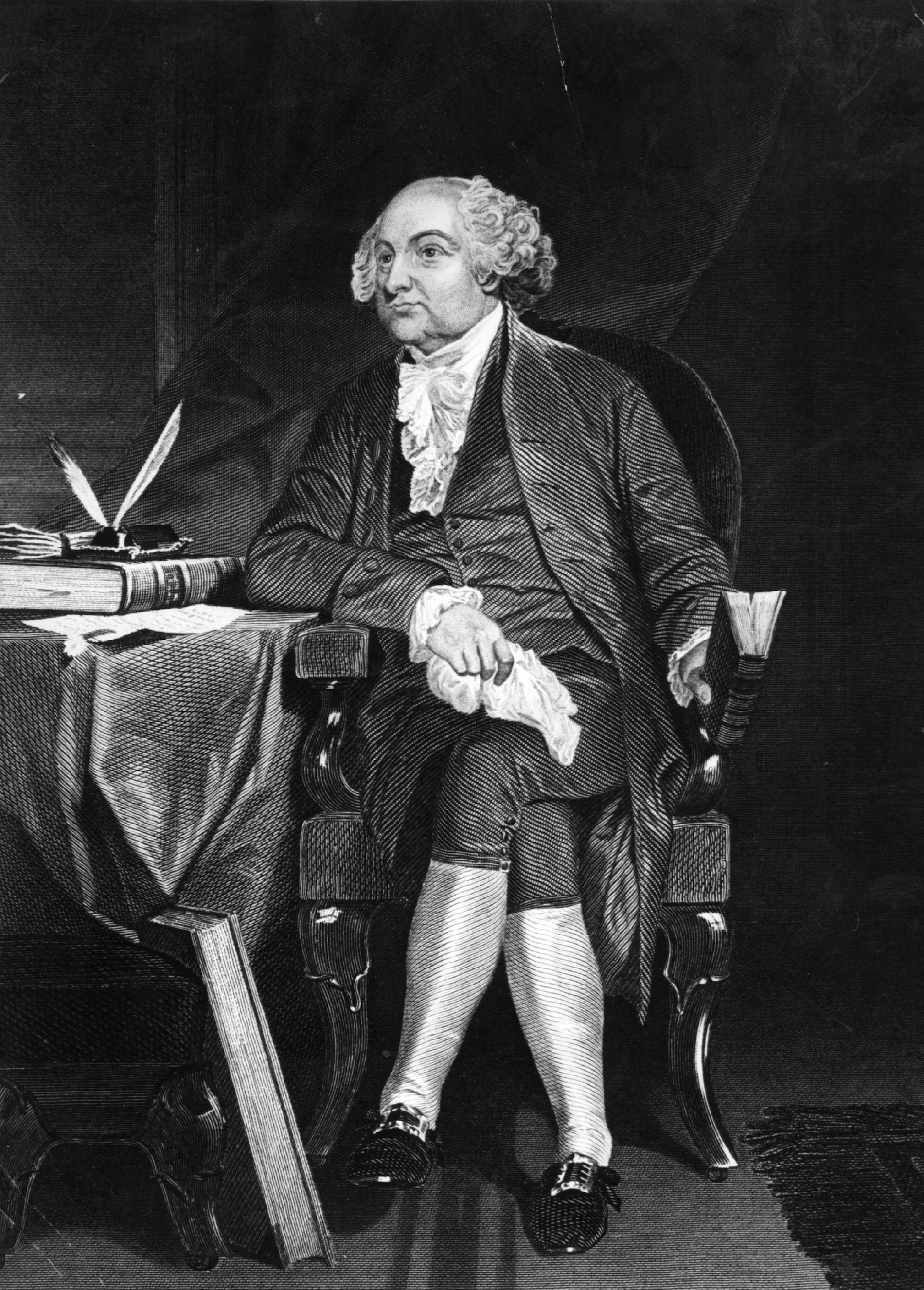 While he may have abstained from booze earlier in his life, Adams wrote that Franklin enjoyed his champagne while in France. Franklin also praised wine in a 1777 letter, writing that the beverage is “… a constant proof that God loves us, and loves to see us happy.” 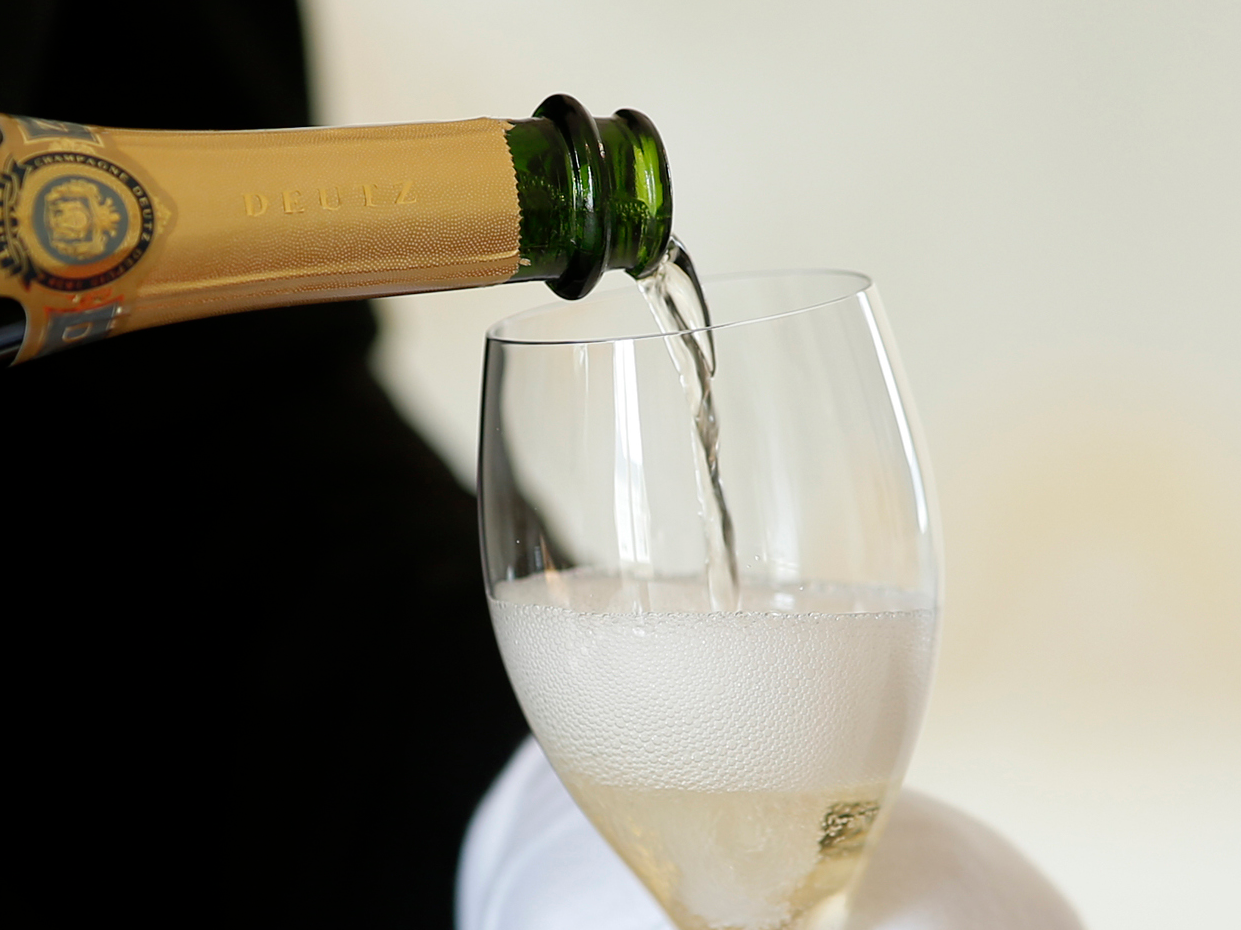 Franklin also recorded a number of euphemisms for being drunk under the alias Silence Dogood in 1736. His suggestions included “Been too free with Sir John Strawberry,” “He’s contending with Pharaoh,” and “He’s Eat a Toad and half for Breakfast.” Historian David McCullough wrote that Adams, who had read Poor Richard’s Almanack growing up, was dismayed to see his “idolized sage” forsake his “early to bed, early to rise” advice in favour of rising at 10 a.m. 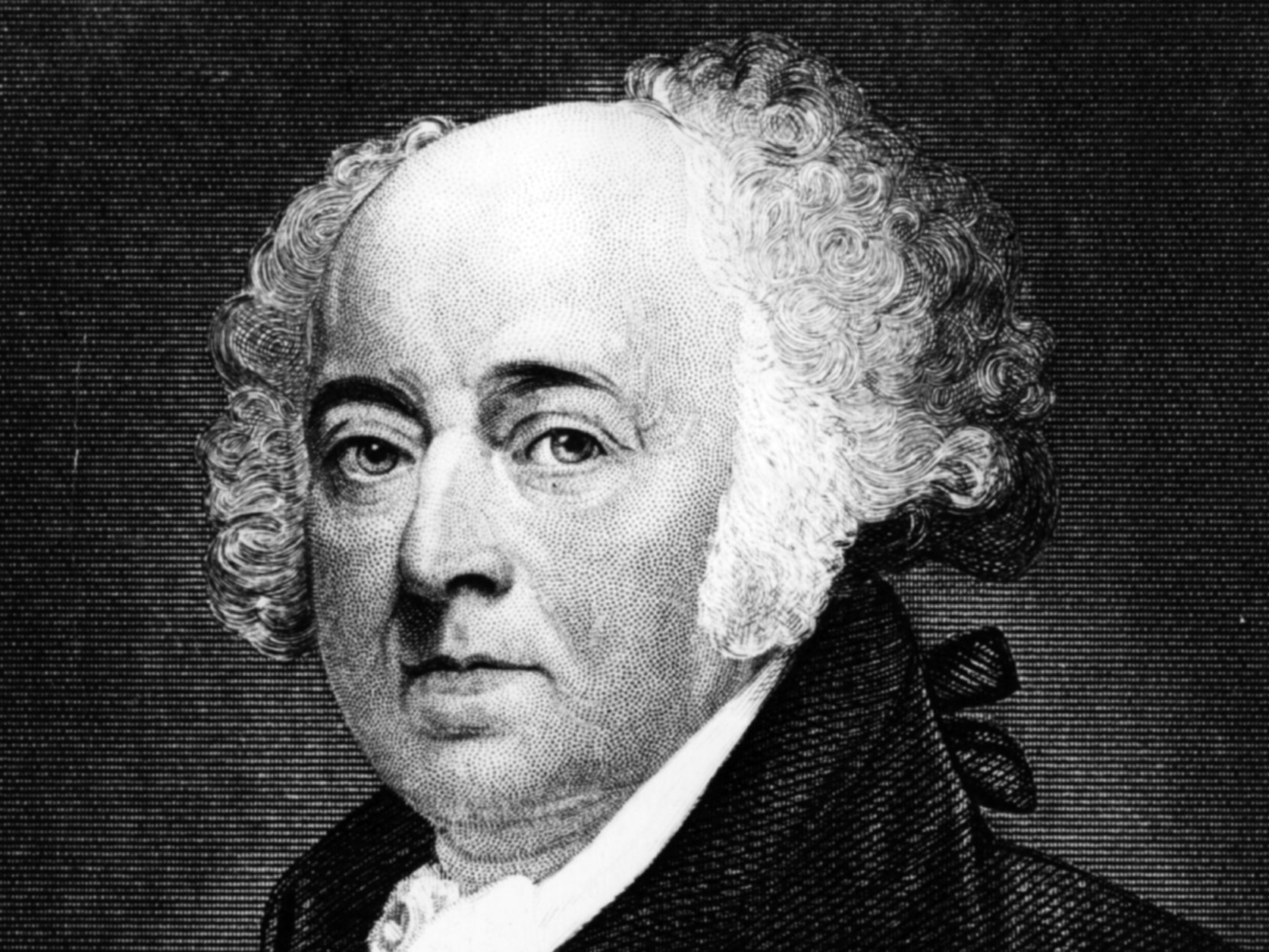 While Franklin sometimes fell short of his lofty scheduling ambitions, that didn’t stop him from accomplishing much in his 84 years. And his writings continue to inspire readers to strive to lead productive, fulfilling, and healthy lives. 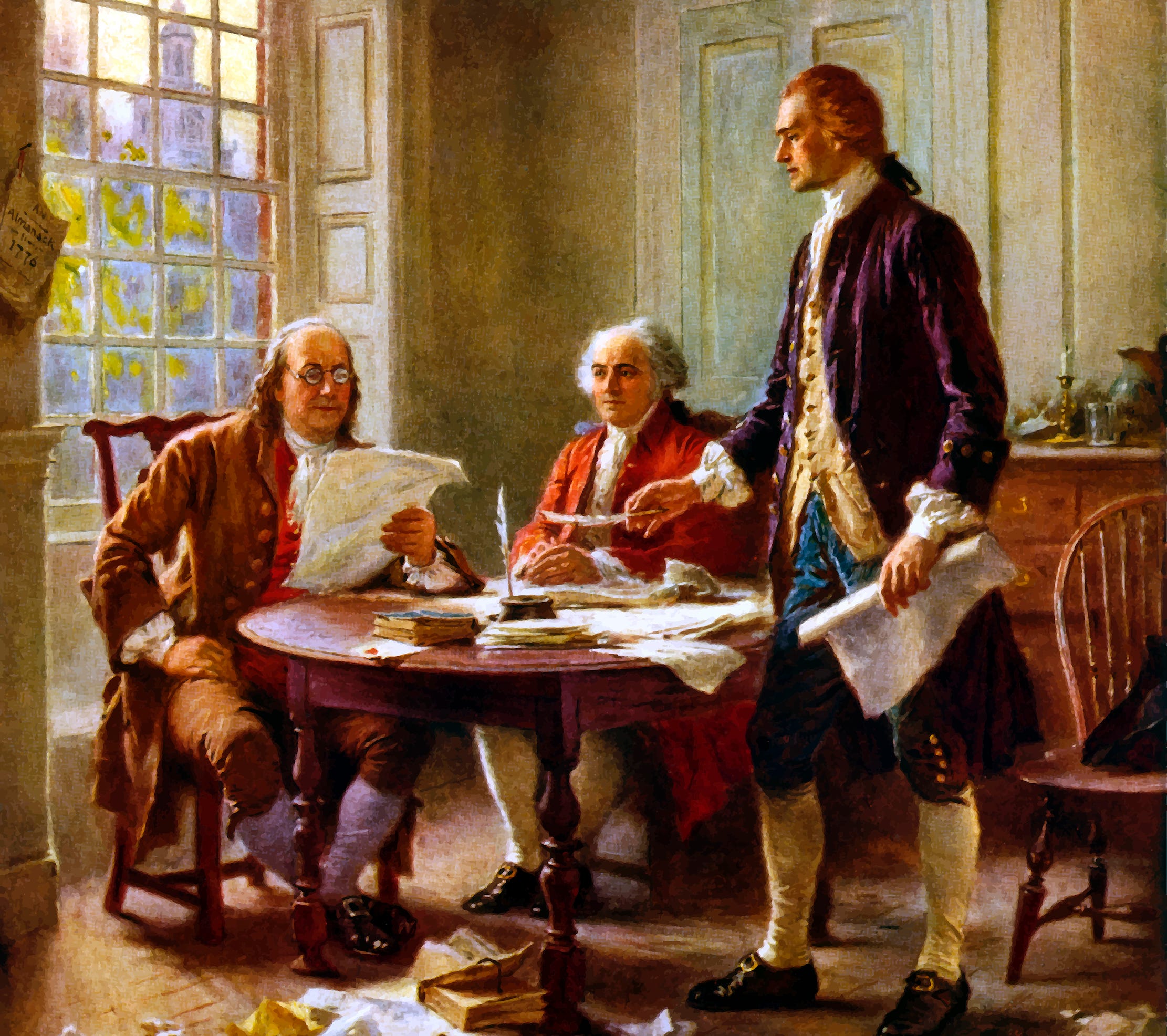