How the 28-year-old son of one of hip-hop's biggest jewellers launched a $6 million education consulting firm with just $1,500 in startup capital 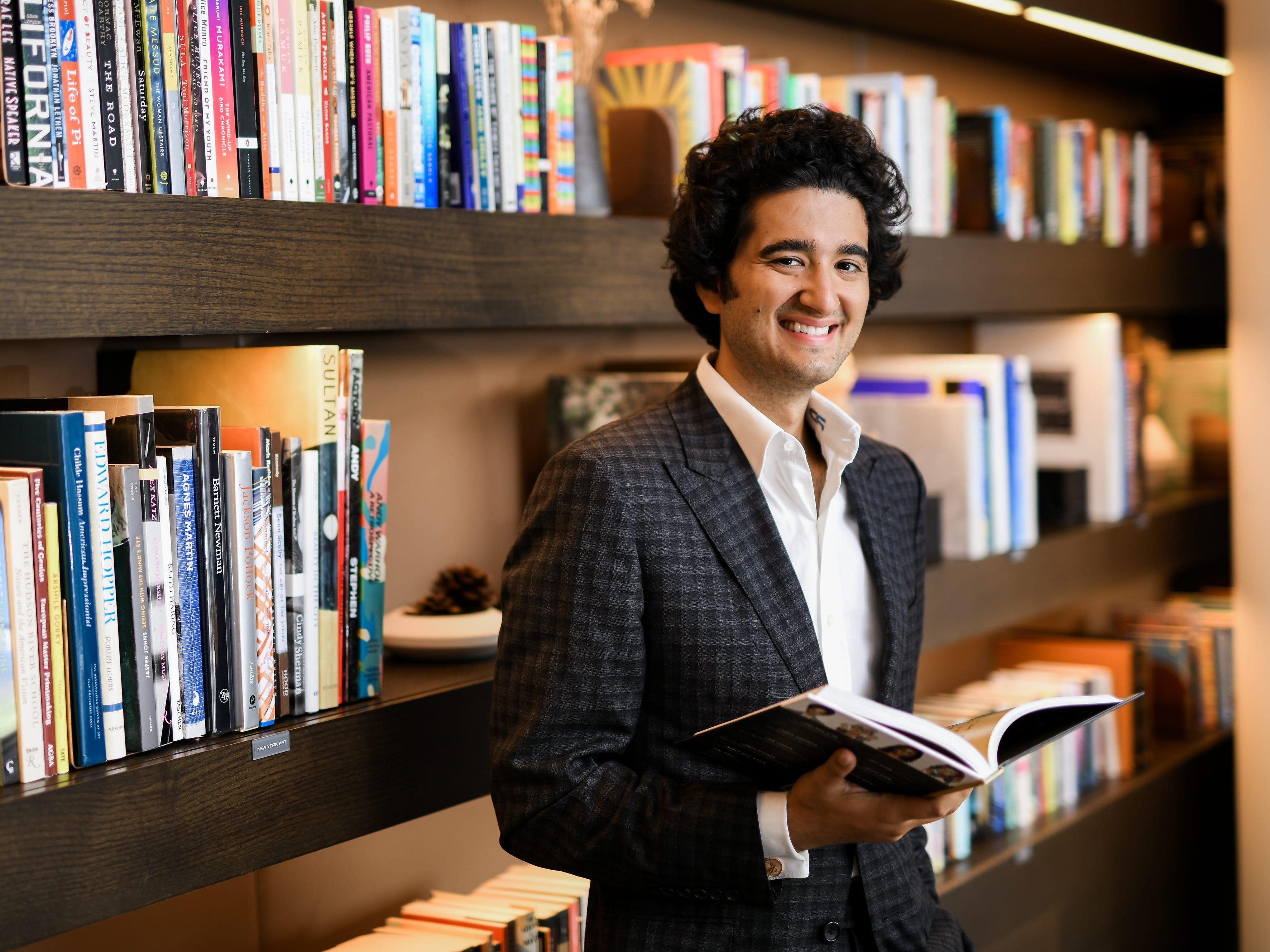 Benjamin Arabov could have gone into the jewellery industry if he wanted to.

His father is, after all, famed jeweller Jacob Arabo, nicknamed “Jacob the Jeweller” for his jewellery company, which has created custom work for the likes of Jay-Z, Paris Hilton, Pharrell, and even Rudy Giuliani.

Arabo has gotten mentions in Kanye West’s songs “All Falls Down” and “Diamonds from Sierra Leone” and he has an office set up on what’s been called New York’s “Billionaire’s Row.”

But Arabov felt he needed to create his own path in order to emerge from his father’s shadow, he told Business Insider. “[My brother and I] didn’t want to be known as the kids that just have successful parents that we’re just leeching off of.”

Arabov didn’t want to follow the success of his brother, either â€” David Arabov cofounded the news site Elite Daily in 2012 before selling it to the Daily Mail for $US50 million in 2015.

Both brothers have become entrepreneurs despite their famous father encountering legal troubles when they were still adolescents. Arabo was arrested in 2006 on charges including money laundering. He ultimately entered into a plea deal, admitting to lying to investigators while the money laundering charges were dropped, and he served two years of prison time, from 2008 to 2010.

Arabov said this was “understandably a tough period for myself and my family to go through, but it also taught me lessons in adversity at a young age. We all face some kind of adversity in life and become stronger because of it.” 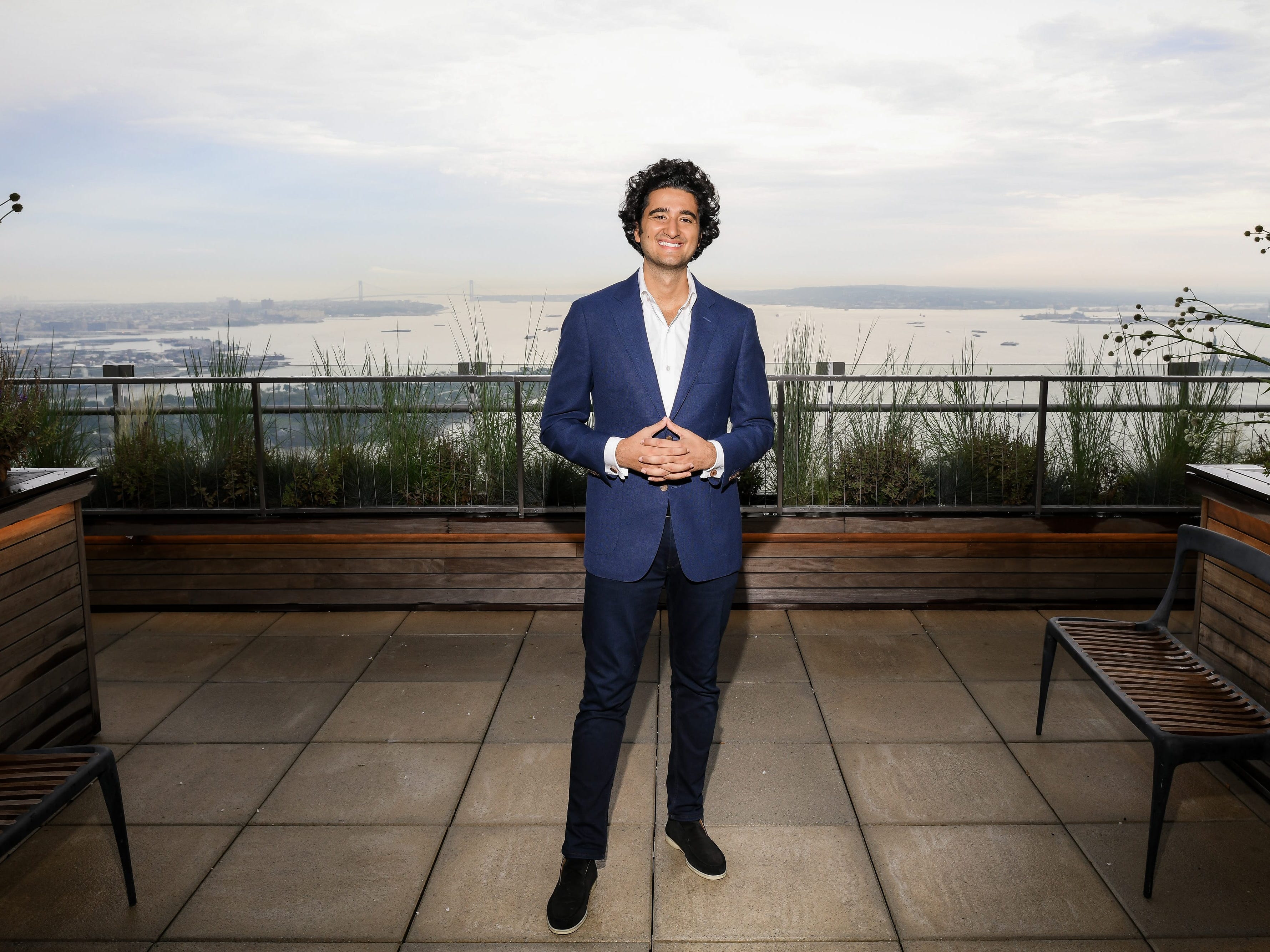 Five years later, Arabov founded Grow Enrollments when he was just 22 years old, with startup capital of the $US1,500 that was sitting in his savings account at the time. Arabov had helped his brother launch Elite Daily and had brief jobs at Google and Narrative Science after graduating from college, but he was spending money almost as fast as it was coming in.

“I was making good money,” he said of his financial status back then. “But I wasn’t doing a good job of saving money.”

Five years later, Grow Enrollments has 33 employees and is profitable, Arabov said. The firm helps connect universities to potential students, as well as potential students with online courses, training, and coding boot camps. It’s on track to make $US6 million in revenue in 2020, per documents reviewed by Business Insider, with Arabov still the sole owner of the company.

Arabov has created his own path, but lessons from his father and brother helped him along the way.

Arabov said this entrepreneurial journey taught him a lot, and he credits his father for much of his business acumen., Jacob immigrated to the US from Uzbekistan in 1979 at the age of 14, and was already working in New York’s diamond district by 16. In his early 20s, he launched his eponymous jewellery brand and began it selling out of his store, Diamond Quasar, or what his son deemed “a small booth on 47th Street.”

Arabo’s rise in hip-hop came nearly a decade later, in the 1990s, when everyone from Slick Rick to Jay-Z, Diddy to Foxy Brown began coming to him for custom pieces. In 1999, The New York Times hailed Arabo as “the Harry Winston of the hip-hop world.“

Since then, Arabo began to focus on being a jeweller to the stars, working with Jennifer Lopez and BeyoncÃ©.

Arabov said his father had high expectations of him and his brother, telling them they had the potential, mindset, ambition, persistence, and vision to make it on their own. 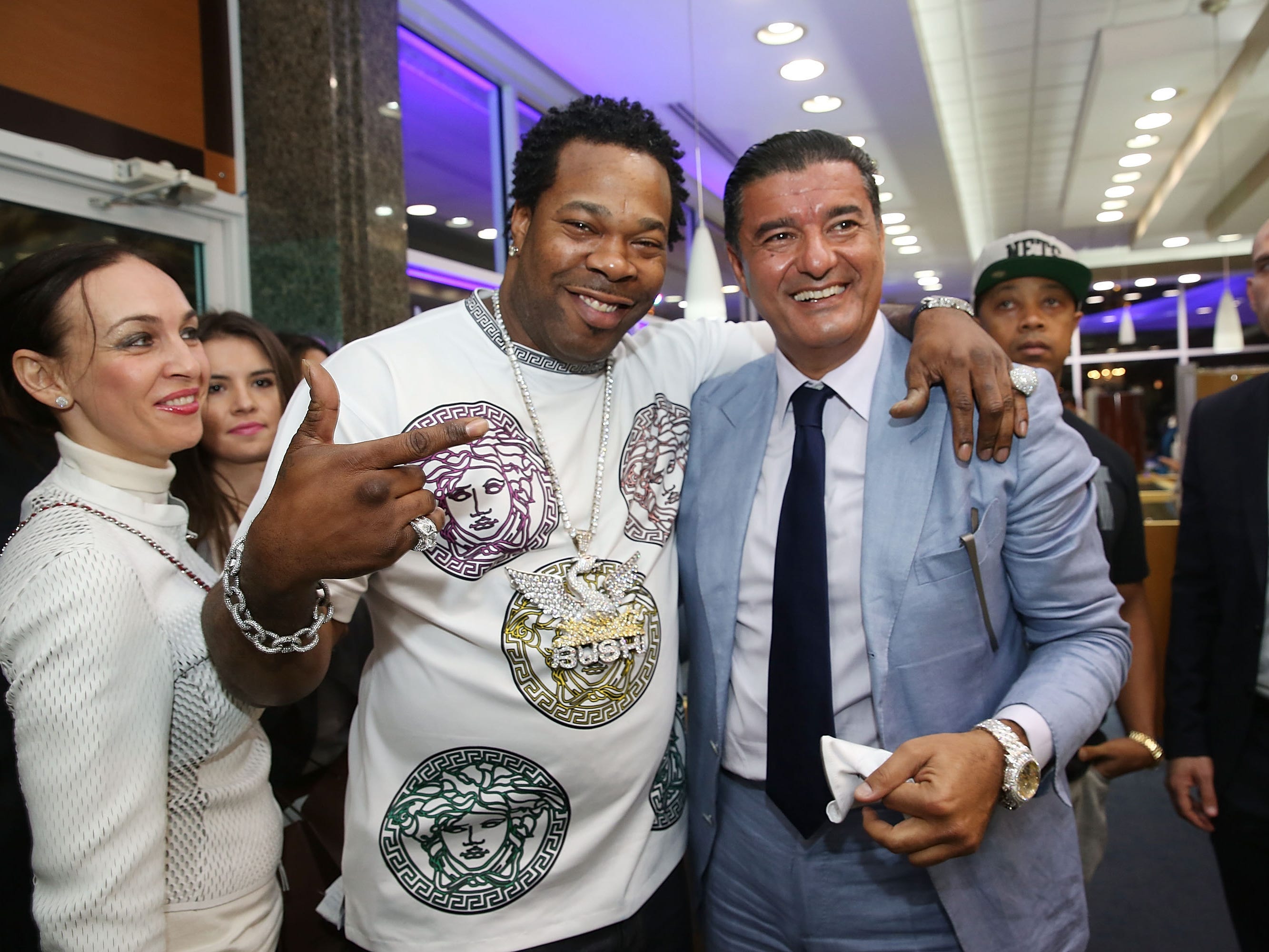 Initially, Grow Enrollments wasn’t just focused on education, but about four years ago, the company sought to further specialise.

“I wasn’t really a scholar. I didn’t do well in school, per se, growing up,” Arabov said. “But we wanted to make that difference for everybody else.”

When he looked into it, he said he felt the company wasn’t advertising what Arabov referred to as “meaningful products” and he wanted to shift into a medium that could more drastically impact people’s lives. Education, to him, was that medium.

“We wanted to be the connector between hungry minds and hungry individuals looking to expand their knowledge,” Arabov said. “To connect them to programs, courses, universities, training, and coding boot camps that could give them the knowledge that they’re asking for.”

Arabov felt education was a ‘meaningful product’ meant to be accessible

Arabov’s passion for marketing came from working on Elite Daily when he was 18 years old: his brother charged him with helping to market the website.

Arabov said he was involved in getting Elite Daily off the ground in its first year and then left. He found an internship opportunity at the digital marketing agency Tinuiti, then known as Elite SEM, where he ended up staying for two years â€” going to work during the day, still helping his brother with Elite Daily on the side, and attending Pace University for a degree in business administration at night. 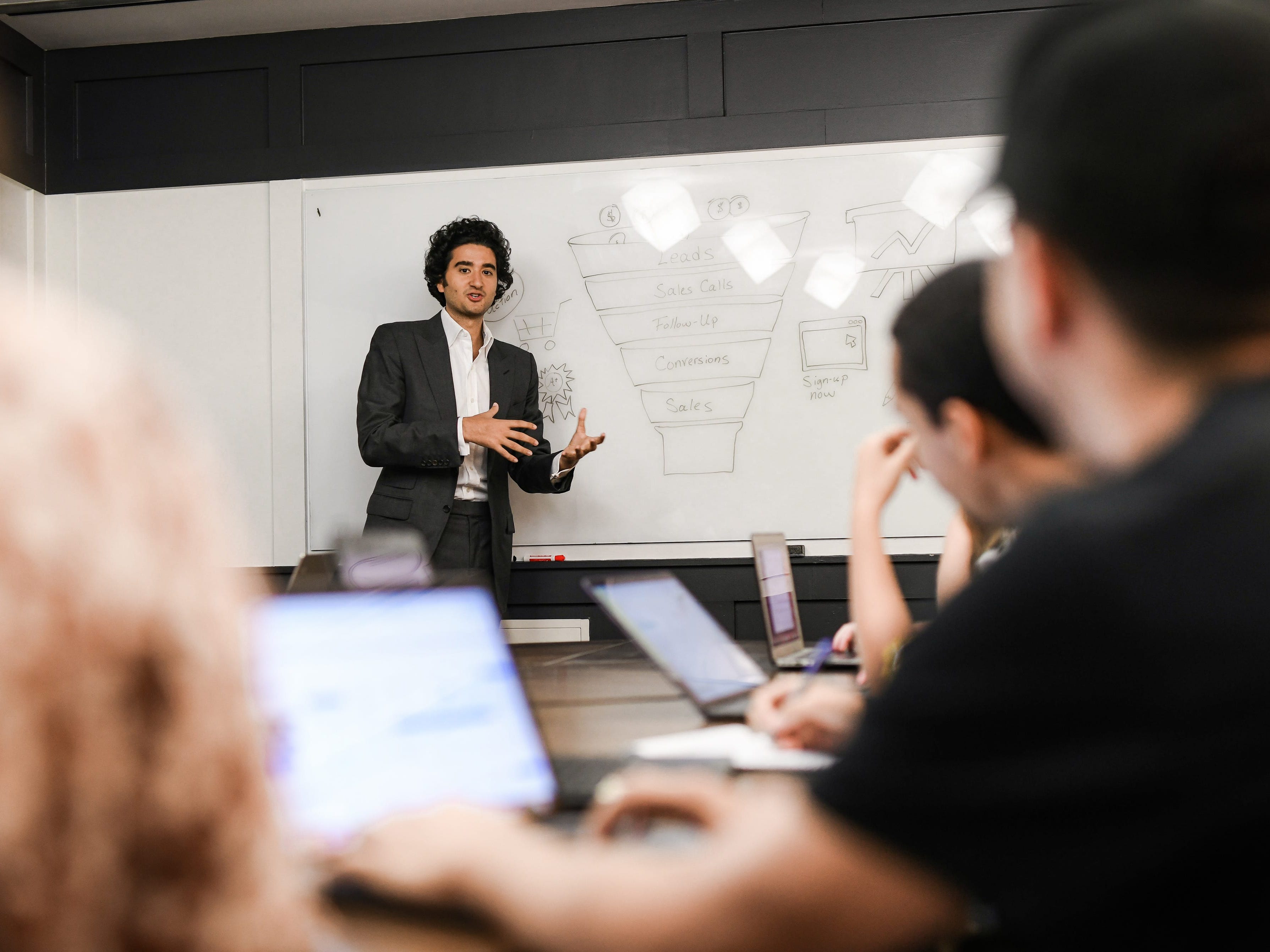 Within the general sphere of education, Arabov said the company has been focused on supporting what he calls “distributive education” â€” online courses, training classes, and coding boot camps â€” all of which bypasses the traditional model of four-year schooling.

A 2019 report by Research and Markets entitled “Online Education Market & Global Forecast” predicted that the online learning market would hit $US350 billion by 2025, as the availability of flexible and new learning technologies began to increase.

The company works with online learning platforms such as HubSpot Academy and Distance Learning Systems but has also partnered with traditional colleges and universities, such as the LA Film School and Perdue University, to help advertise the institution’s online offering to potential students.

Arabov said this so-called online “distributive education” is the future of learning. The pandemic, he said, has only fast-tracked its progress. 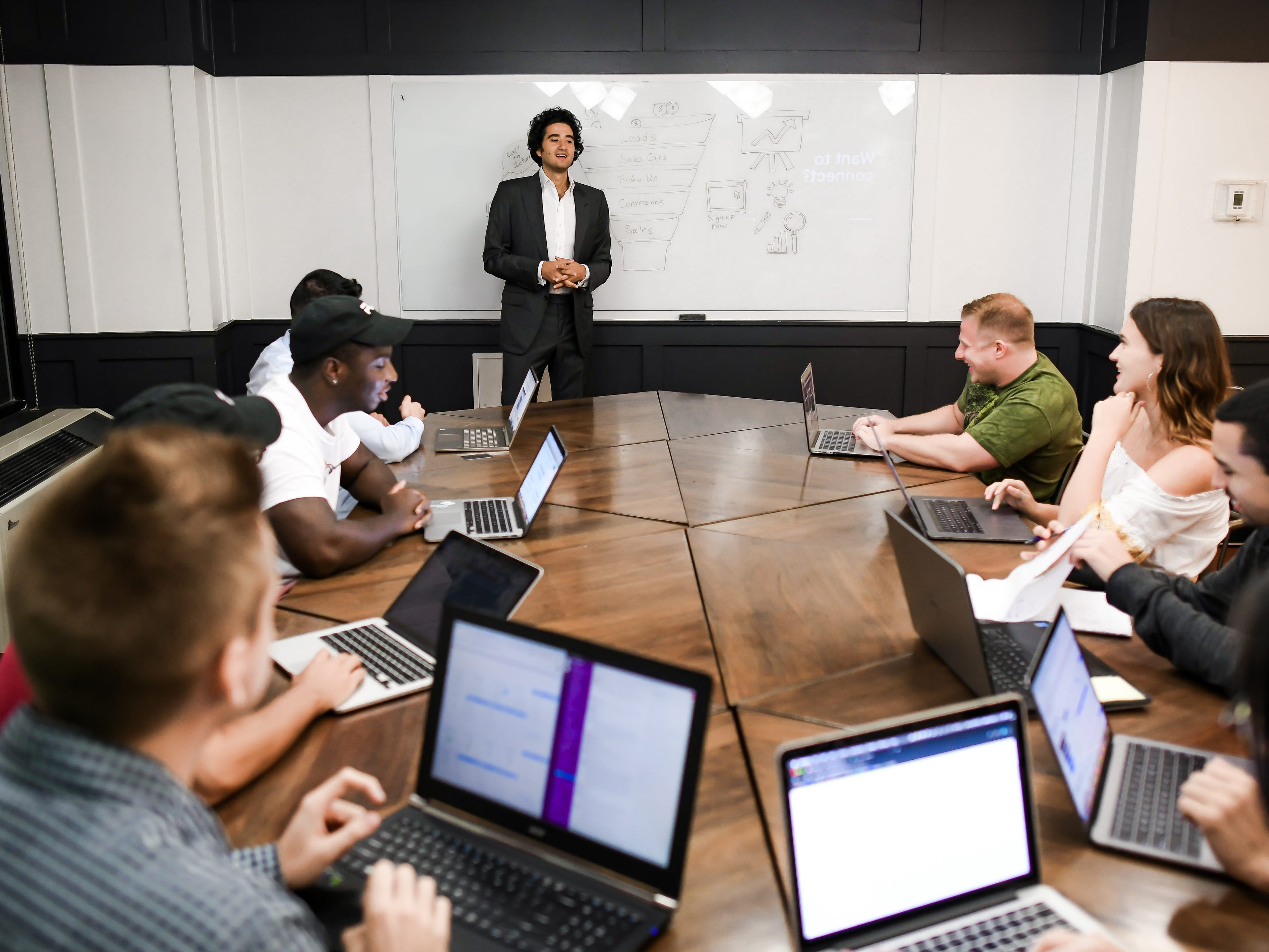 Even after the pandemic subsides, Arabov said, colleges and universities need to start looking into how to provide more flexible and affordable learning opportunities to help stay competitive as online education becomes more popular.

“You could find a very similar â€” or pretty much an identical course or program â€” that they’re selling for significantly less,” he said.

Aside from the future of education, Arabov is also betting on a big future for himself.

His brother, David, left Elite Daily in 2016 and went on to cofound the mobile phone company, Wing. His father, Jacob, is still one of the best-known jewellers in New York City.