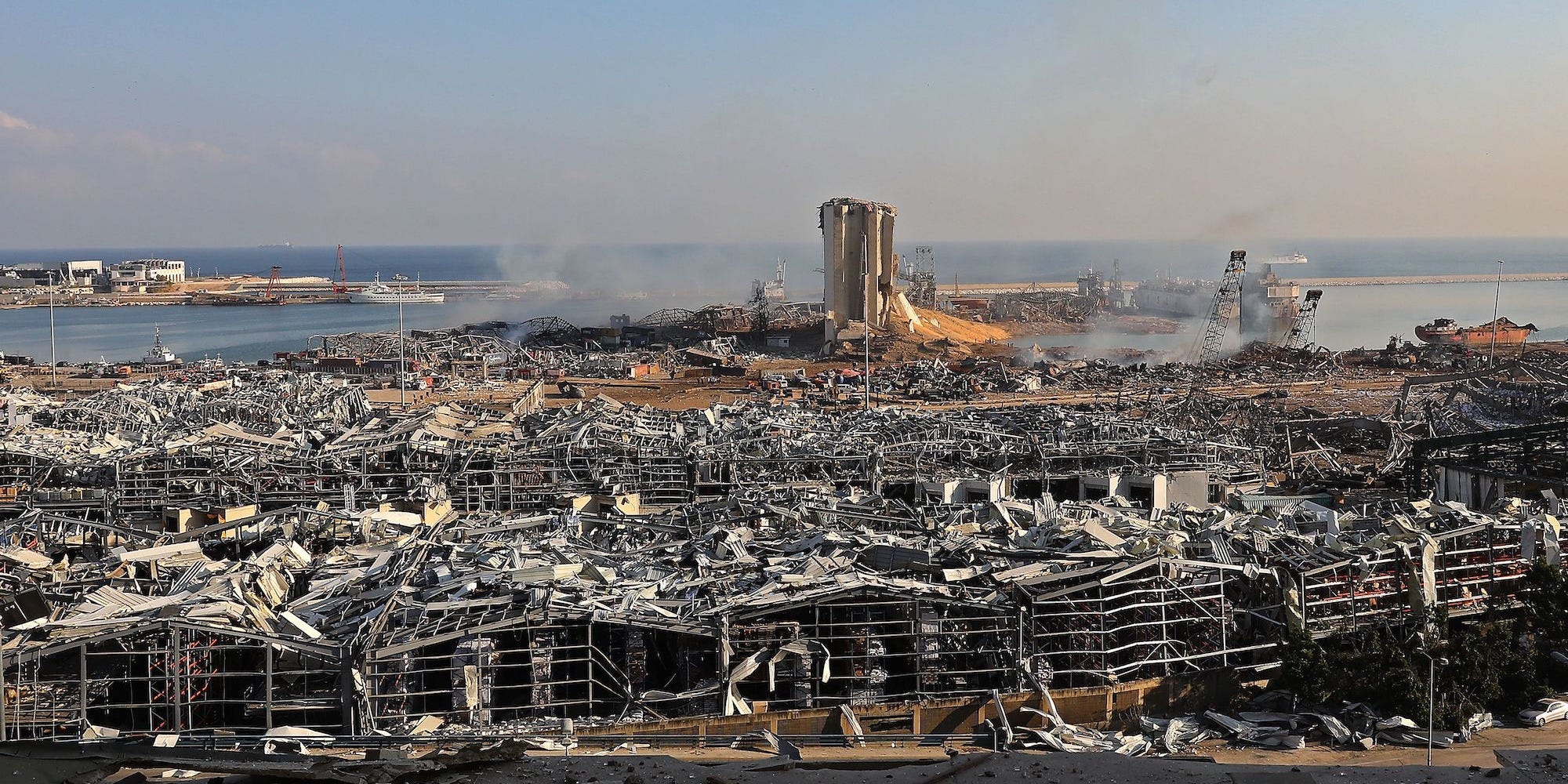 ANWAR AMRO/AFP via Getty ImagesA view of the blast’s aftermath in Beirut on Wednesday.

Hospitals in Beirut were so badly damaged in Tuesday’s massive explosion they could not admit all the victims of the blast, which also hit a warehouse that housed much of the country’s vaccine supply.

Lebanon’s prime minister blamed the ignition of more than 2,750 metric tons of ammonium nitrate improperly stored in the area. An investigation is ongoing.

The blast leveled parts of the city and, according to the Lebanese Red Cross, killed at least 100 people and injured 4,000 others. Healthcare workers were among those killed.

Rescue workers were searching for survivors on Wednesday. 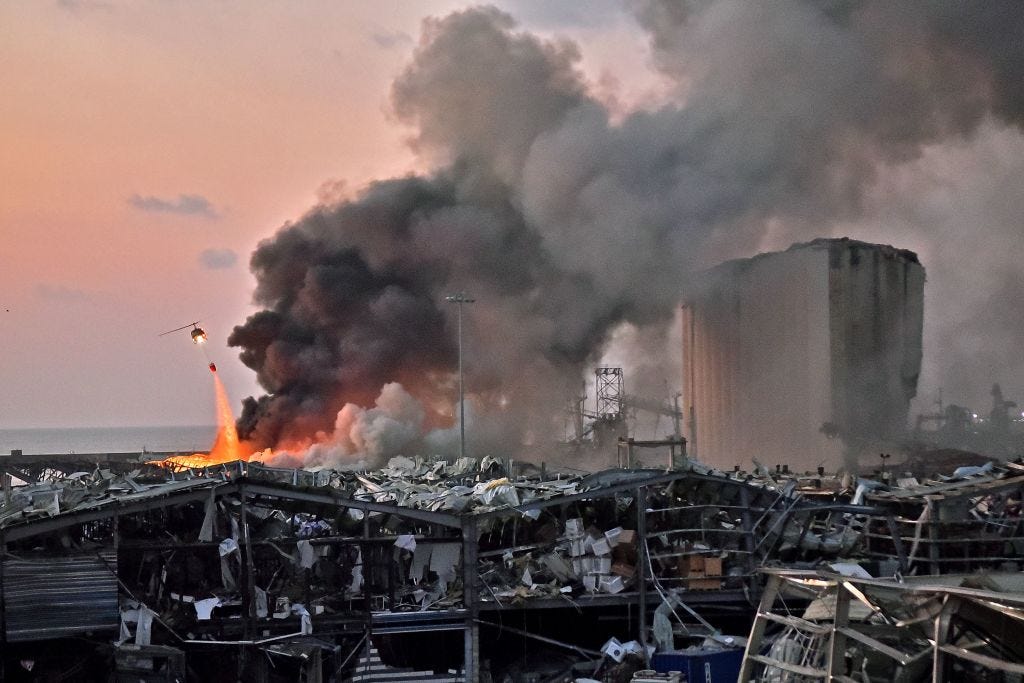 (Photo by STR/AFP via Getty ImagesA helicopter puts out a fire at the site of the explosion.

Multiple reports said hospitals in the city were badly hit and left unable or struggling to treat all the injured.

The New York Times, citing doctors, reported that at least four of the city’s hospitals were too damaged to admit new patients.

Al Jazeera Middle East reported that at least three of the city’s hospitals had been destroyed and two others damaged. The hospitals still running were overwhelmed.

Ghazi Balkiz, a CNN producer in Lebanon, reported “chaotic scenes” in the emergency room of one hospital as doctors tried to sort through and address people’s injuries. 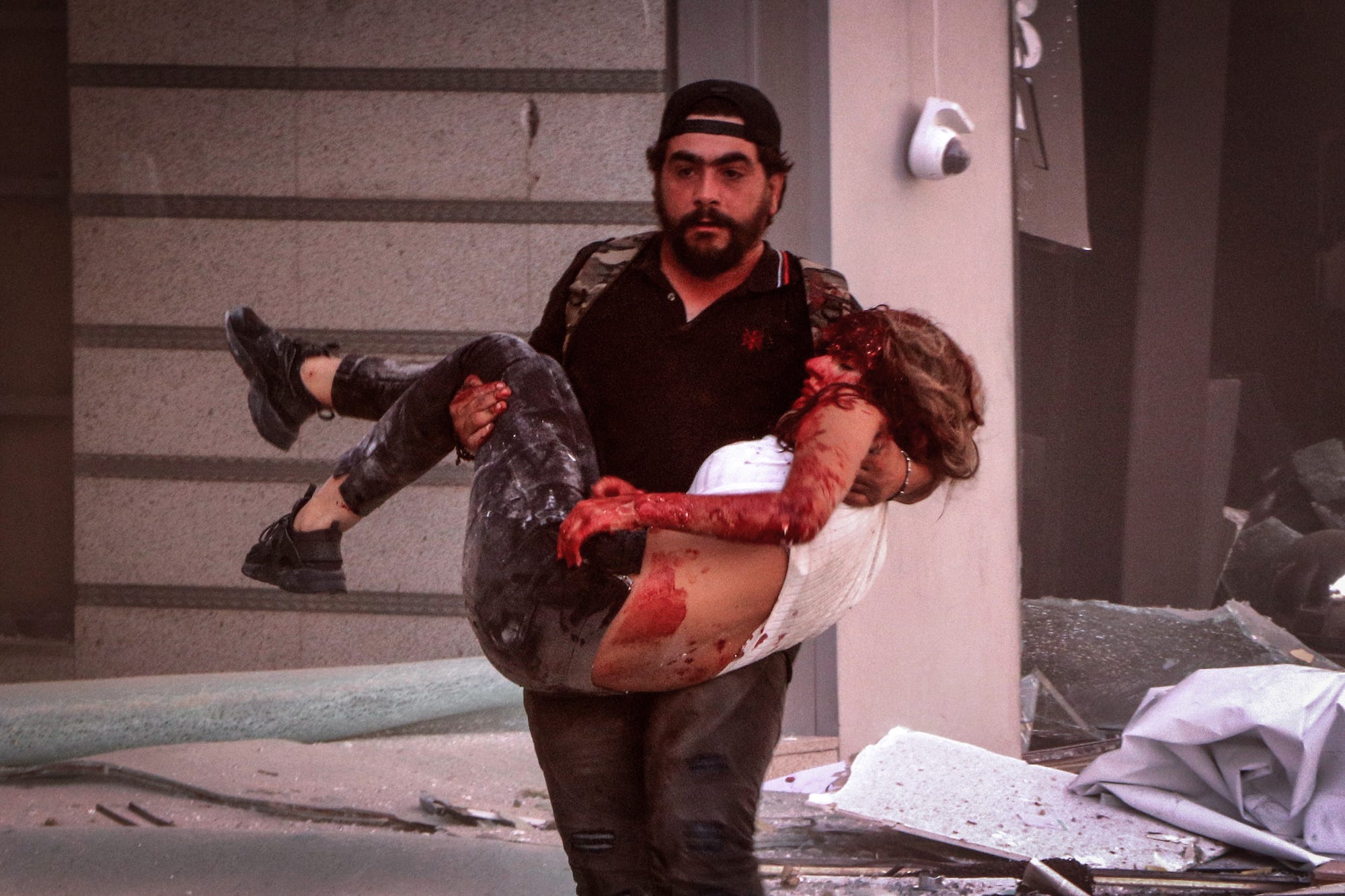 “Some people had broken limbs, some showered with glass,” he said. “I walked in, I saw a few people lying on the floor – doctors trying to put IVs into them. A couple of people were passed out.”

One nurse at the St. George Hospital said she ran into the hospital’s intensive-care unit and picked up three premature babies, holding them to her chest and calling for help after the ceiling partially collapsed and the unit’s glass shattered, The Times reported.

Dr. Joseph Haddad, the director of the ICU, said he was walking home from work during when the blast happened, and he found his apartment ruined, The Times said. He then went back to help patients, but found the hospital had also been destroyed.

“The patients were coming down the stairs, the elevators weren’t working. They were walking down from as high as nine floors up,” he said. “It was the deepest hell of an apocalypse. When I went back to my home an hour later, people were crying in the streets.”

He said that at least four nurses from the hospital died and that five of its doctors were wounded.

Hamad Hasan, Lebanon’s health minister, said that the chaos in the city made treating the injured difficult.

“We need everything to hospitalize the victims, and there is an acute shortage of everything,” he told reporters, The Times said. 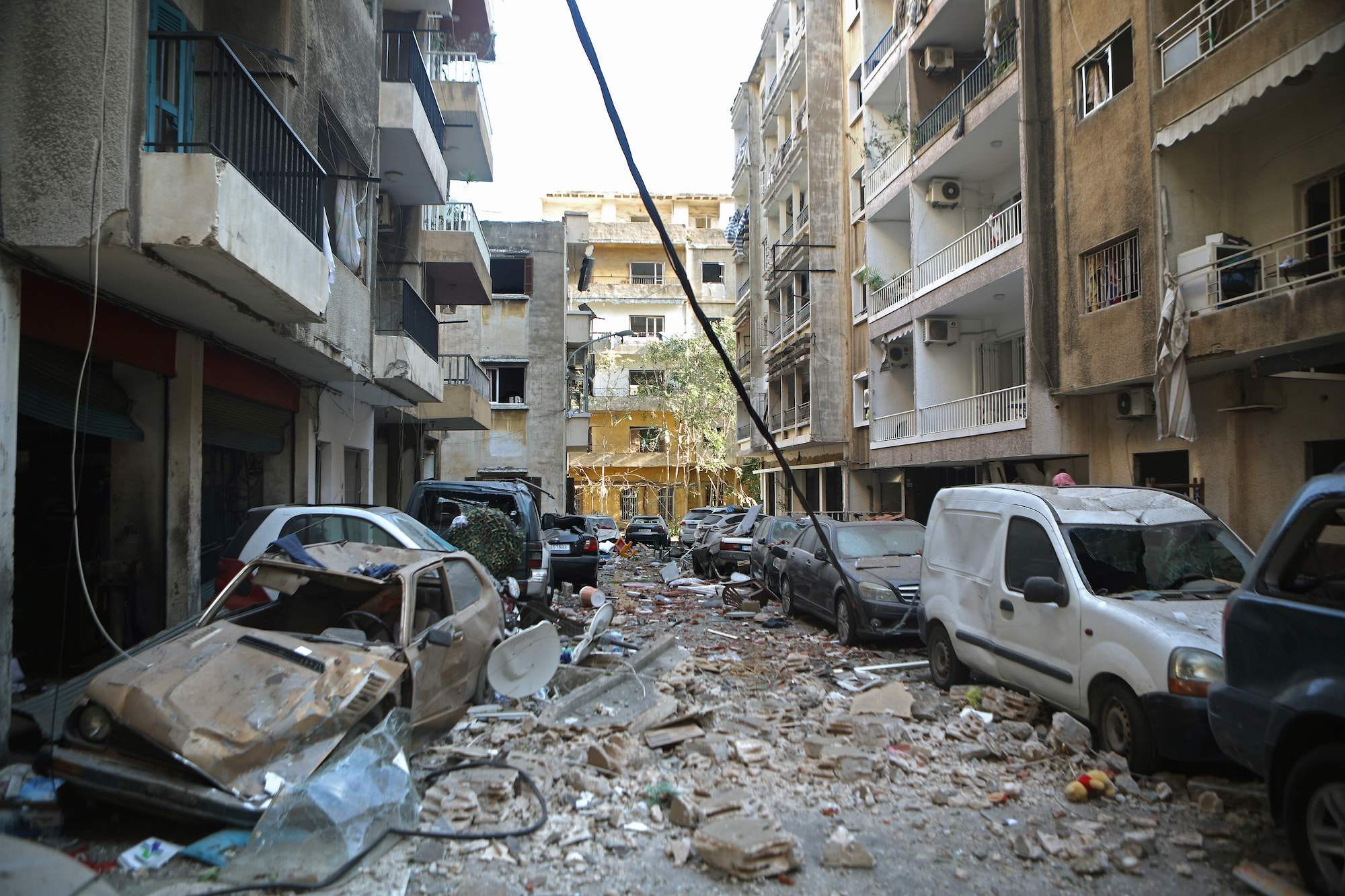 Dr. Peter Noun, the head of the hospital’s Pediatric Hematology and Oncology Department, said: “Every floor of the hospital is damaged. I didn’t see this even during the war. It’s a catastrophe.

“The damage is extremely bad. All the rooms are damaged. All the parents and their children were in their rooms. Everything just fell down, the windows destroyed, the ceiling in pieces,” he told The Times.

The blast rocked Lebanon as the country was struggling in a financial and political crisis, with its people dealing with widespread poverty, a high unemployment rate, and frequent blackouts.

And, The Times said, the explosion also threatened the country’s vaccine and medicine supply. It said children’s vaccines and medications for diseases like cancer were stored in a warehouse half a mile from the blast site.

The Times reported that it “was believed to have been razed” in the blast.

Other countries were offering aid and medical staff to Lebanon.

France was sending two planes of emergency workers, a mobile medical unit, and 15 tons of aid. Egypt opened a field hospital in Beirut, and Jordan was providing a military field hospital,The Guardian reported. Other countries said they were ready to help.

The blast and new pressure on hospitals came as the country was dealing with the coronavirus pandemic.

While Lebanon’s 65 deaths and 5,000 cases are lower than those of many countries, recent spikes had put pressure on the healthcare system.

On Sunday, Dr. Osman Itani said that intensive-care rooms at Beirut’s Rafik Hariri University Hospital were full and that if cases kept increasing at the same rate “the hospital will not be able to accommodate the cases requiring intensive care,” The Guardian reported.

It is not yet clear how that hospital, three miles from the epicentre, was affected by the blast.