Beijing closes all schools, bracing for a 2nd wave of the coronavirus 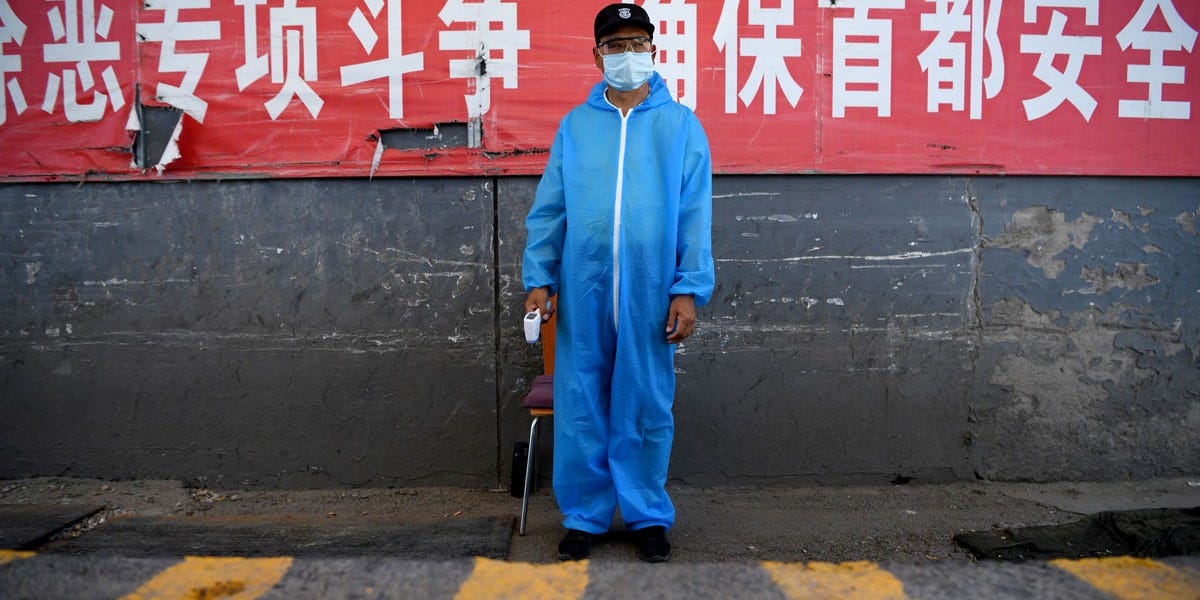 Noel Celis/AFP via Getty ImagesA security guard at a checkpoint at the Xinfadi market in Beijing on June 14.

Beijing announced the shuttering of in-person classes for all schools on Tuesday in preparation for a new wave of the coronavirus. The closures go into effect Wednesday.

The capital hub of 20 million people had gone more than 50 consecutive days without a new recorded case of COVID-19, the disease caused by the virus. But last weekend, city officials reported a cluster of 87 new cases, the Financial Times reported, 46 of which were asymptomatic. That cluster emerged in Xinfadi, the largest produce and seafood market in the city.

Xinfadi was closed over the weekend, as were several residential buildings on the west side of Beijing. More than 100 people have gone into a 14-day quarantine.

By Tuesday, Beijing had ratcheted up citywide safety protocols to a Level III emergency. The new measures require everyone in the city to be checked for fever before entering businesses, close car traffic in higher-risk areas, and prevent people from leaving higher-risk communities.

The Level II protocols closed some public spaces and reduced foot traffic to 30% of its normal capacity in others, according to Global Times, a local media outlet. They also encouraged people to work from home and required masks in public indoor places.

At a press conference Tuesday evening, Chen Bei, the deputy secretary-general of the Beijing government, announced the measures, saying that city residents from medium- and high-risk areas and workers at the Xinfadi market would not be allowed to leave the city.

“The epidemic situation in the capital is extremely severe,”Xu Hejian, a Beijing city spokesperson, said at a press conference Monday. “Right now we have to take strict measures to stop the spread of COVID-19.”

“As we have seen in many countries, the emergence of new clusters… is always a concern,” Ryan said. “But what we do like to see is an immediate response to that and comprehensive set of measures.”