Five Guys Burgers and Fries is known for its fresh-tasting potatoes. One employee, Maez (@maezthegreat on TikTok), let followers in on how they’re made.

On Monday, he shared a video walking through the first five steps of how the fries are made. At the time of writing, the video had more than 14 million views.

“This is how we make y’all’s fries at Five Guys,” Maez said.

He held up a “real potato” as he explained that step one is to wash them off. Step two, he says, is pushing them through the slicer, which turns a whole, skin-on potato into cubed strips.

The raw fries get cycled through a wash that removes the extra starch and any dirt that may remain after the initial wash. Then, they go into a bucket and get covered in warm water before heading to the fryer.

In another video posted on Tuesday, which had 375,000 views at the time of writing, Maez demonstrated the rest of the process.

@maezthegreat @fiveguysburger ##fyp ##food… this is how we cook/make our regular fries. I’ll make the Cajun next????.

“Yes, we precook our fries,” Maez said in the video. He showed viewers that the fries go through a twice-cooked process, with the first being a two-minute dip in the fryer. The second gives them that deep golden look.

After the second cook, Maez says employees shake the basket 15 times to get all the extra oil off “so they won’t be soggy” before dumping them into the seasoning bin and tossing them with salt.

Maez has continued to share behind-the-scenes videos from his job at Five Guys, including how the milkshakes are made, how the Cajun fries are made, how to clean the grill, and what happens to all the grease. 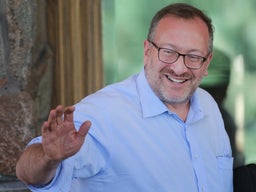 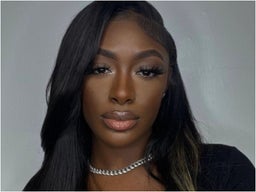