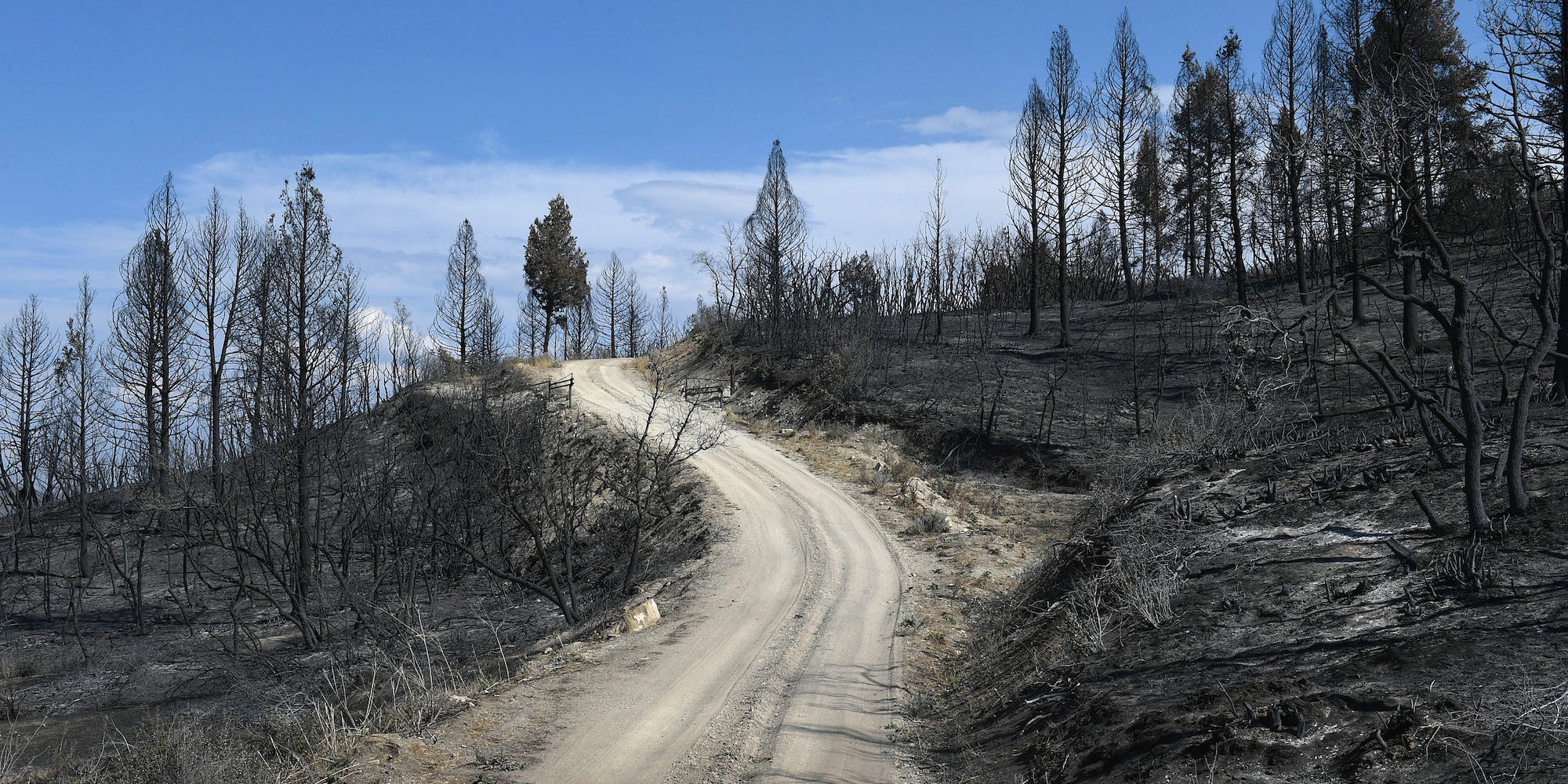 Helen H. Richardson/MediaNews Group/The Denver Post via Getty ImagesLand owned by the Dick and Meg Latham and his sister Julia was devastated by the Pine Gulch Fire on August 27, 2020 near De Beque, Colorado.

Like California, Oregon, and Washington, Colorado is suffering a disastrous and damaging wildfire season.

As of September 11, there were 12 wildfires ripping through the state, with half of them fully contained and being monitored.

The largest wildfire in the state’s history, the Pine Gulch Fire north of Grand Junction, spans 139,000 acres and has been burning since July 31, though was 95% contained as of Friday. The blaze was initially sparked by lightning.

Another massive blaze, the Cameron Peak Fire, has been burning since August 13 and was only at 4% containment as of Friday. It’s the fifth largest fire in the state’s history, according to The Summit Daily.

The fire spanned more than 102,000 acres, according to the National Wildfire Coordinating Group’s InciWeb database, and quadrupled in size over the Labour Day weekend.

Before and after photos of Colorado show how the fires have damaged the state’s forests, mountains, and air quality. 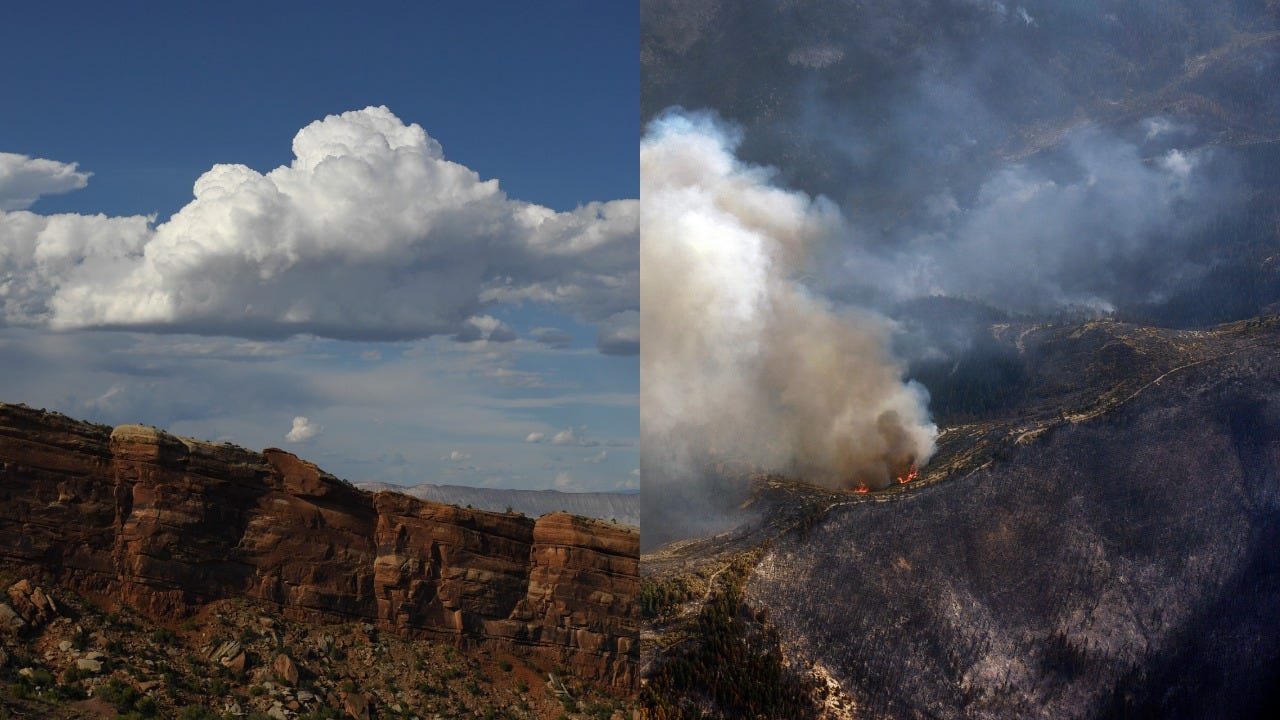 The Pine Gulch Fire on the far west side of the state even left mountaintops scorched. 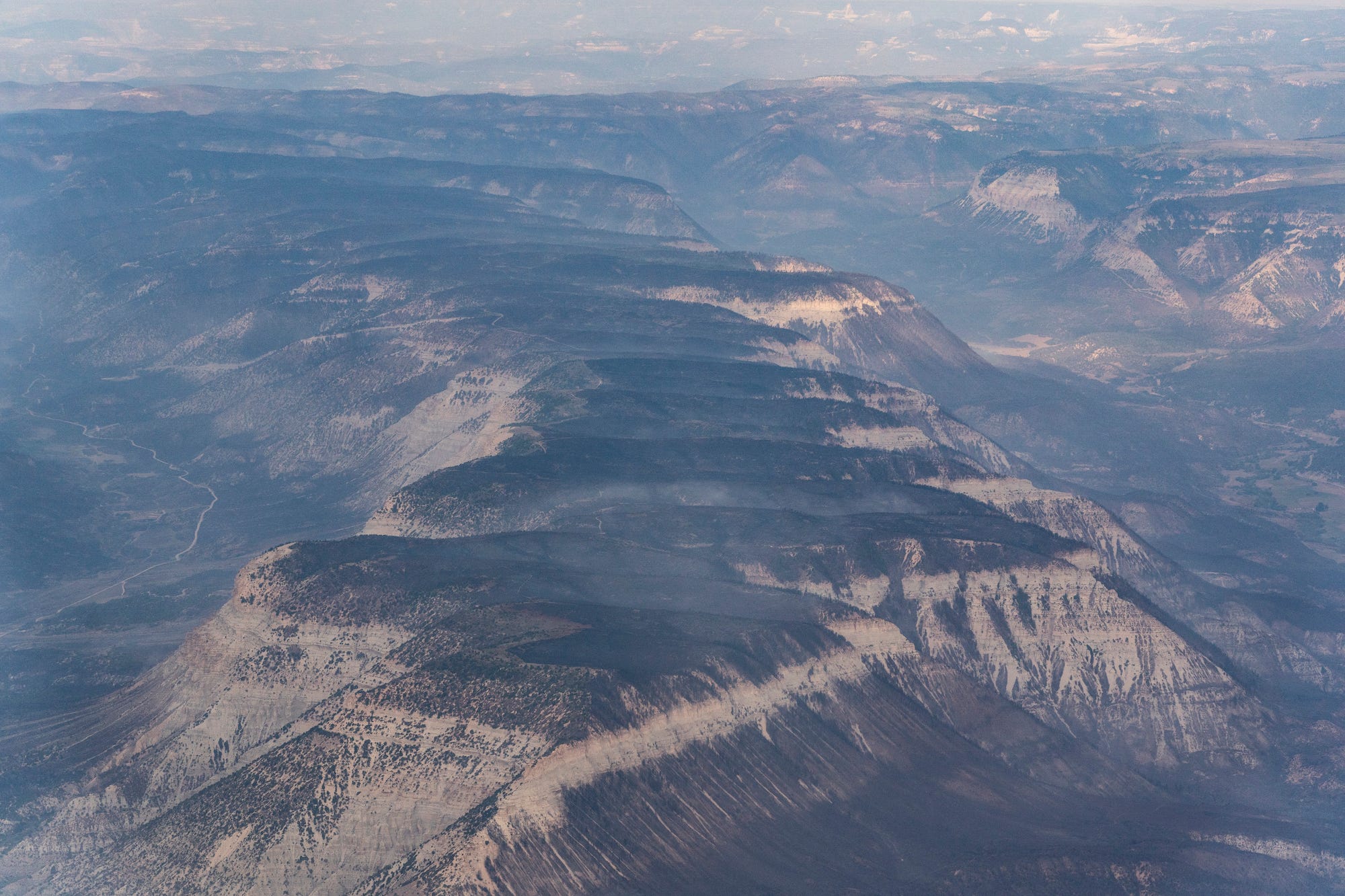 Massive swaths of land have also been destroyed near the town of De Beque. More aerial photos show what the area looked like before and after. 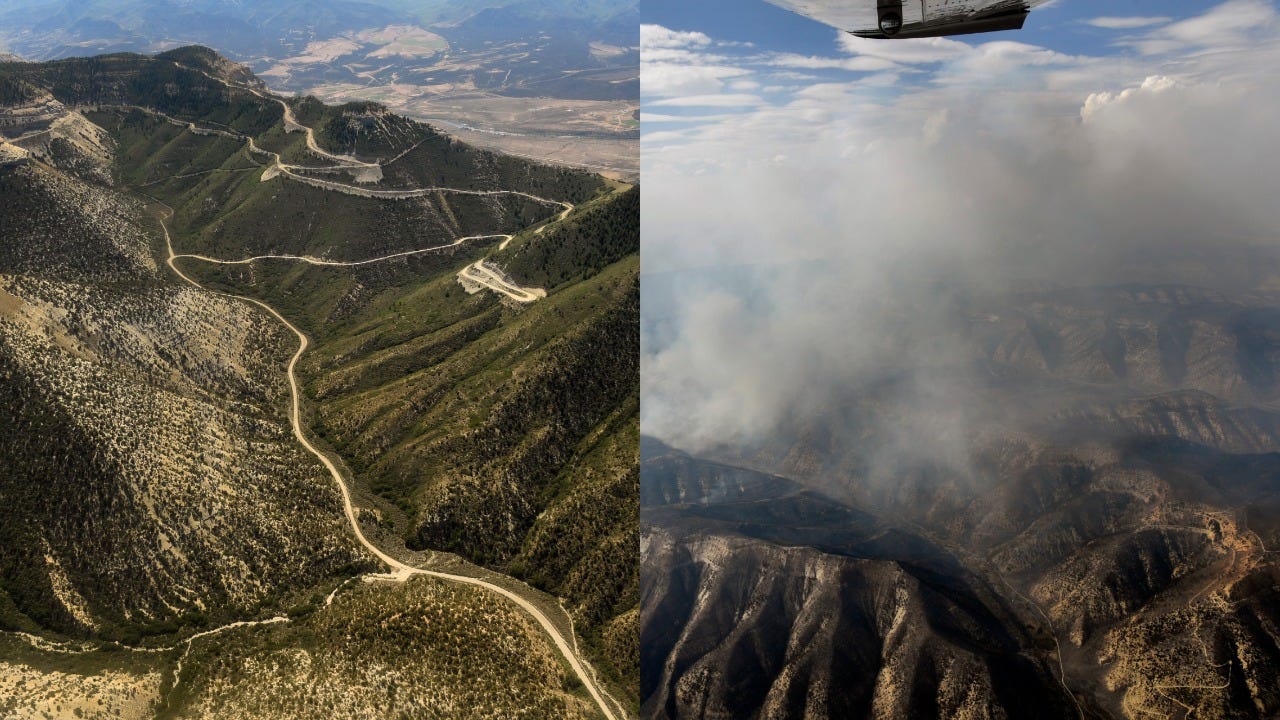 Like California, parts of Colorado have also been overcast by a smoky haze due to the wildfires miles away. 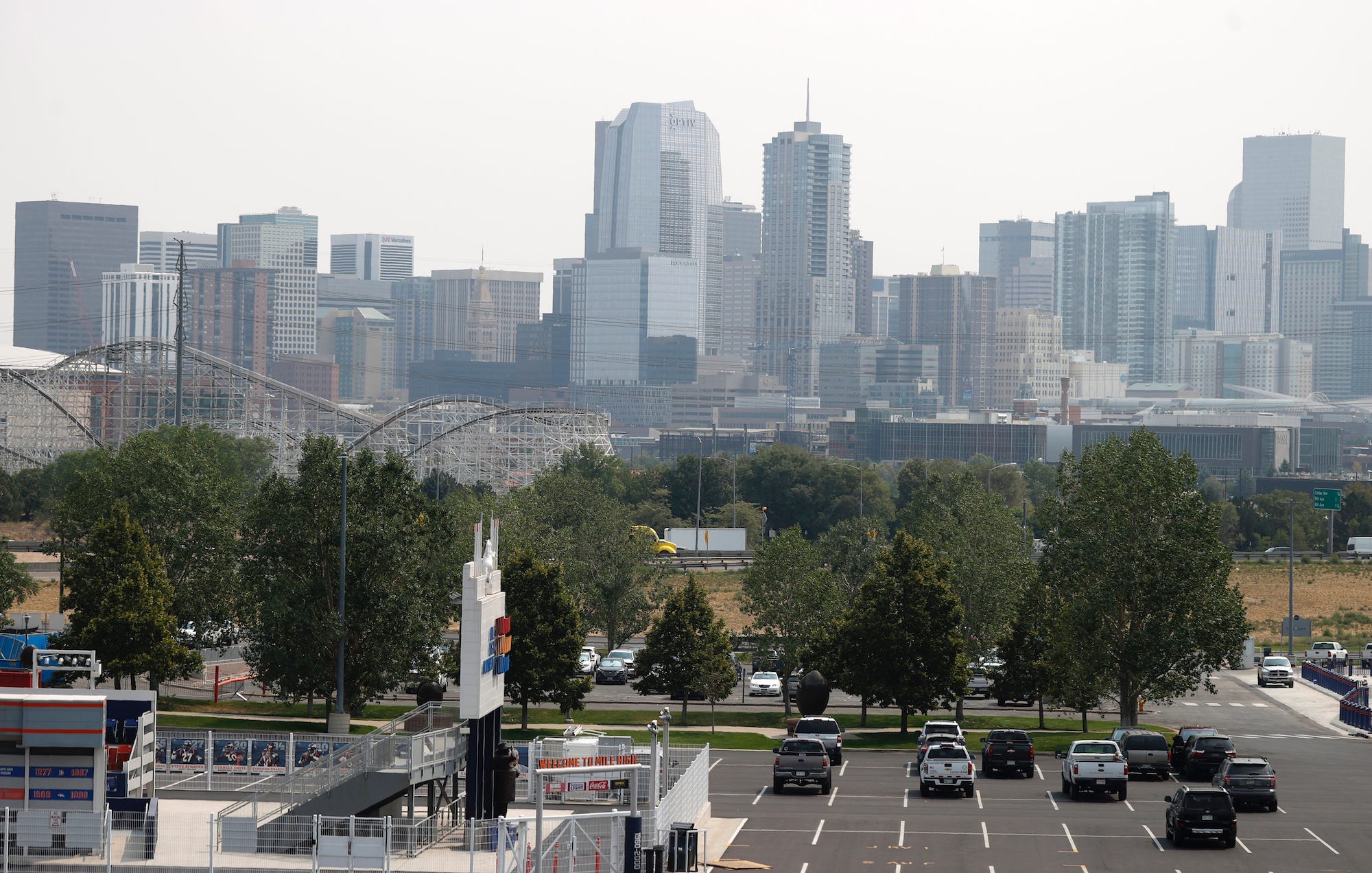 David Zalubowski/Associated PressA smoky haze envelops the skyline as winds carry the smoke from wildland fires burning across the state into the metropolitan area Friday, Aug. 21, 2020, in Denver.

The Denver skyline appeared choked in smog and ash on September 6 from the Cameron Peak Fire northwest of the city. 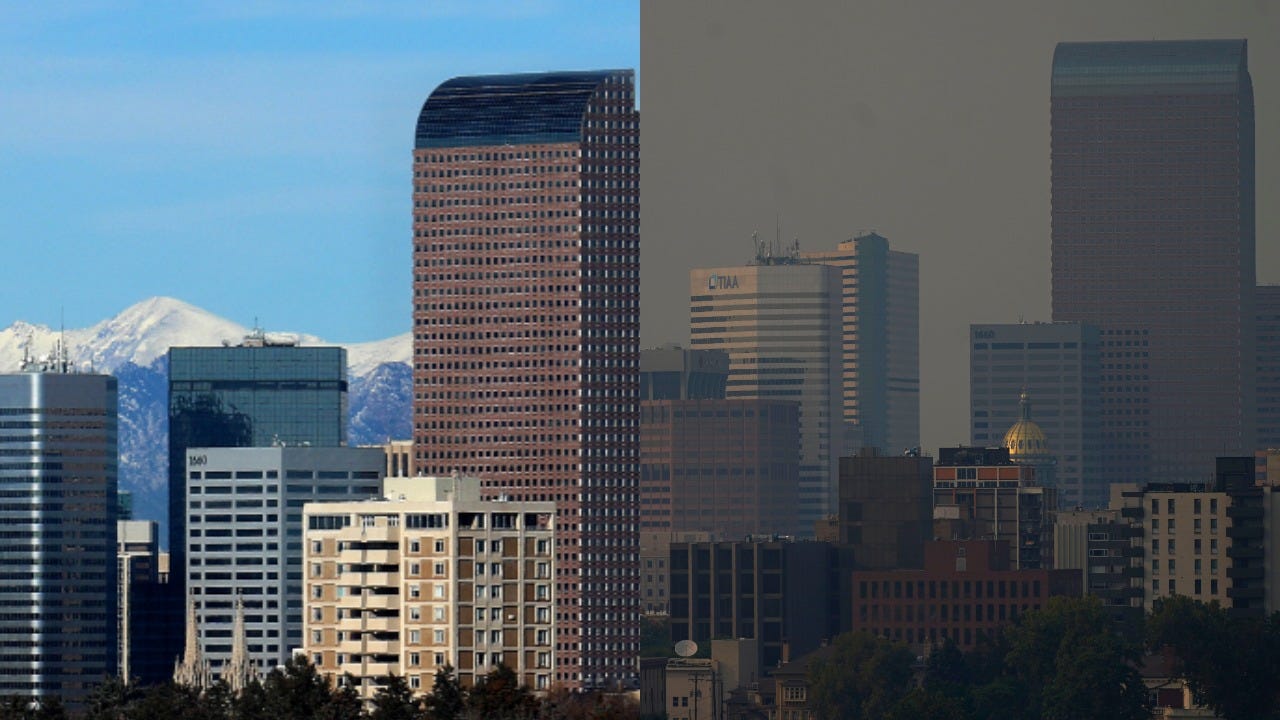 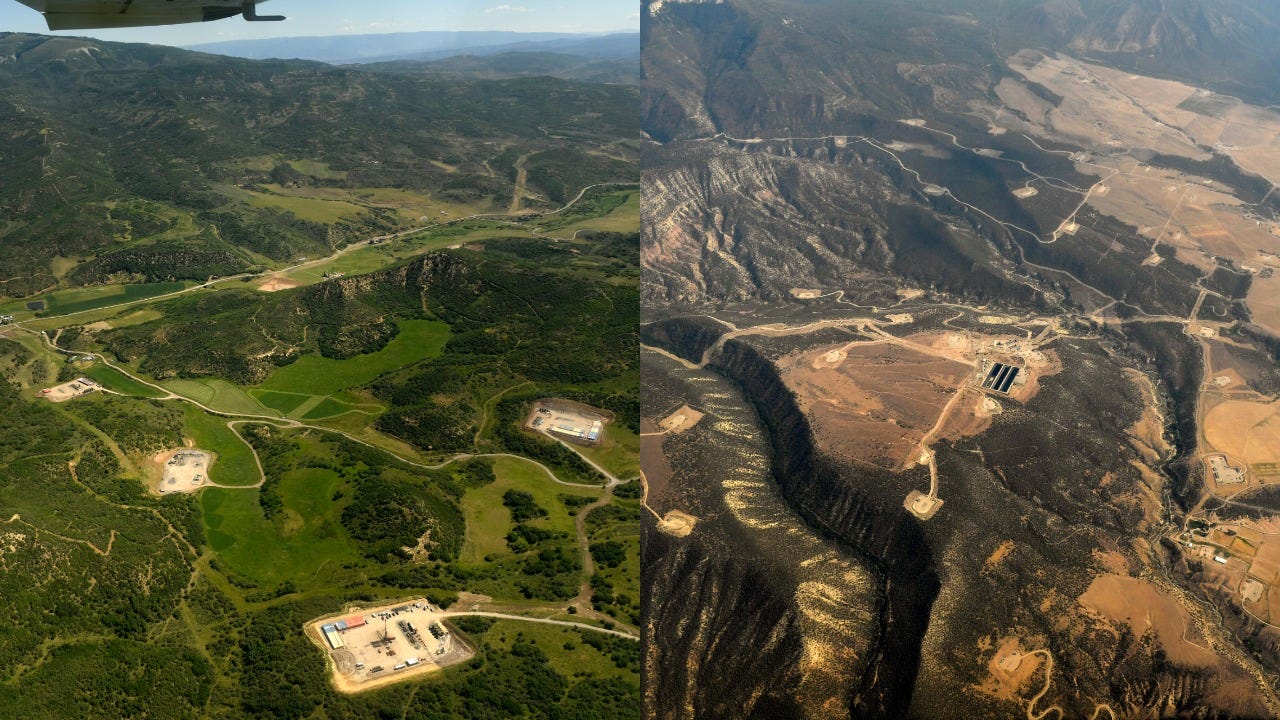 Also out west, the Grizzly Creek Fire has ravaged the Glenwood Canyon area. As of Friday, 91% of the blaze was contained. 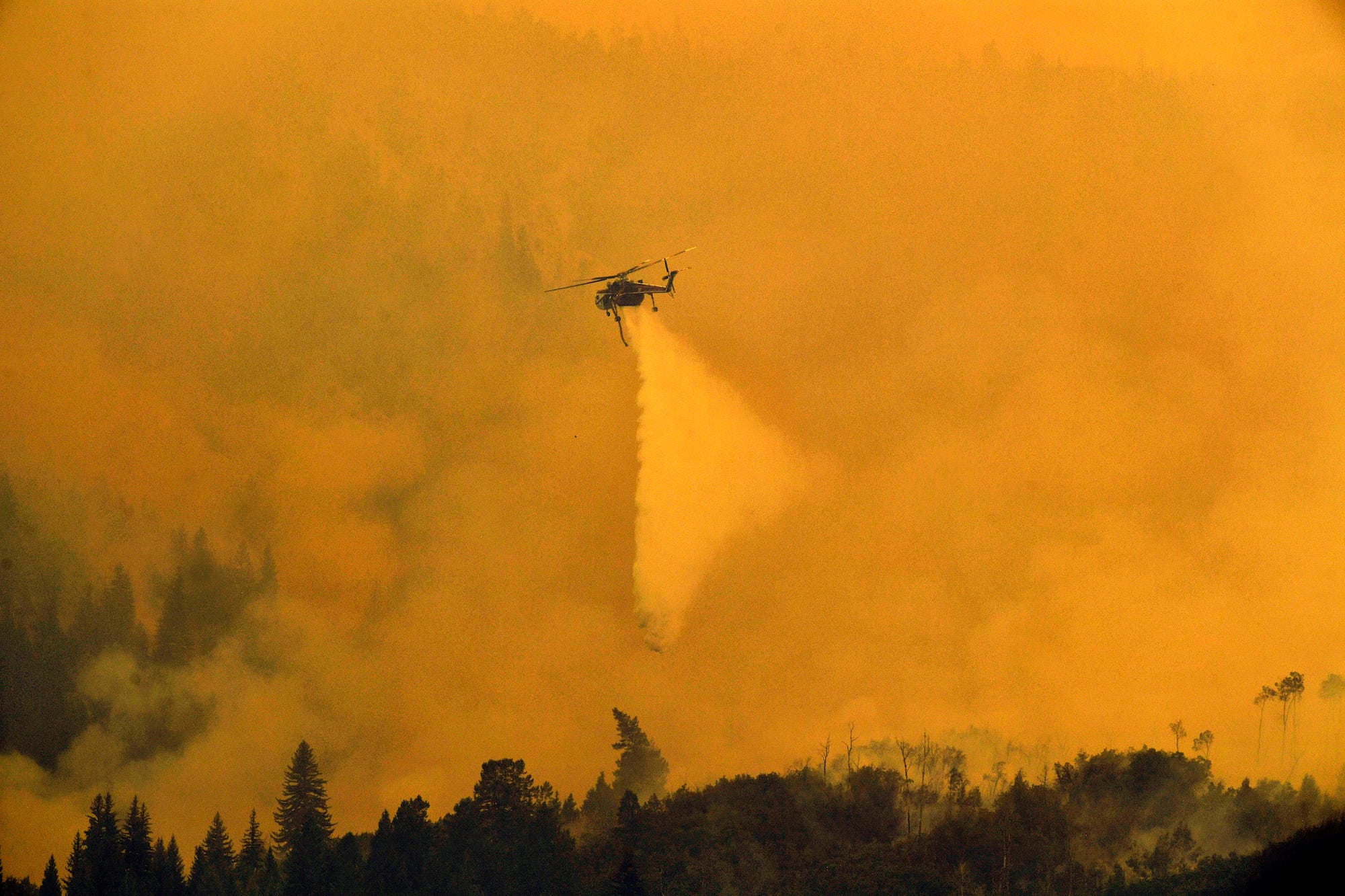